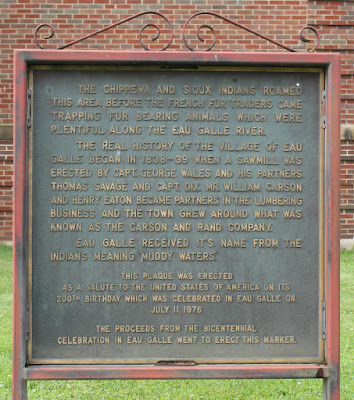 The Chippewa and Sioux Indians roamed this area before the French fur traders came trapping fur bearing animals which were plentiful along the Eau Galle River.

The real history of the village of Eau Galle began in 1838-39 when a sawmill was erected by Capt. George Wales and his partners Thomas Savage and Capt. Dix. Mr. William Carson and Henry Eaton became partners in the lumbering business and the town grew around what was known as the Carson and Rand Company.

This plaque was erected as a salute to the United States of America on its 200th birthday which was celebrated in Eau Galle on July 11, 1976.

The proceeds from the bicentennial celebration in Eau Galle went to erect this marker.

Eau Gau is a village with a long history, though the most important events now lie in the past. White men are said to have made their appearance on the Eau Galle River as early as 1832, and in 1835, N.S. Manning, who had been in the United States' service and up to the Chippewa and Red Cedar rivers after lumber to rebuild Fort Griswold, came to Eau Galle.

The real history of the place began a few years later, in 1838-30, when Capt. George Wales, a West Point graduate, in partnership with Thomas Savage and a millwright styled Captain Dix, exercted a sawmill here . . . 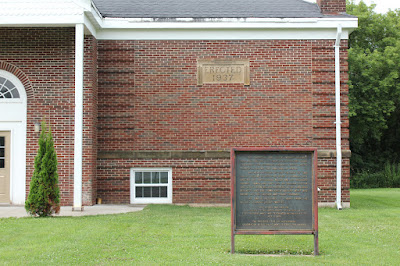 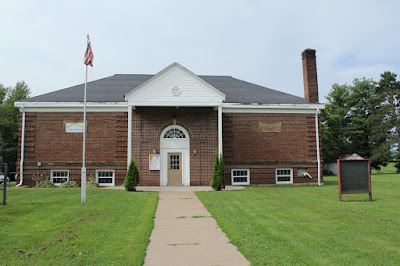 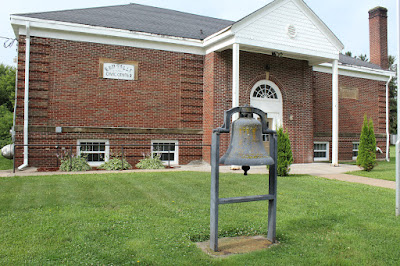 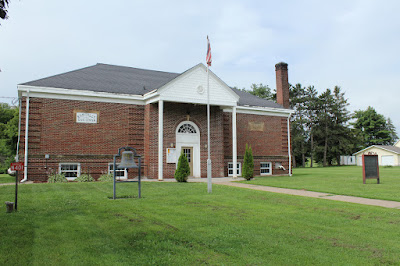 The marker is located in Eau Galle, Wisconsin.