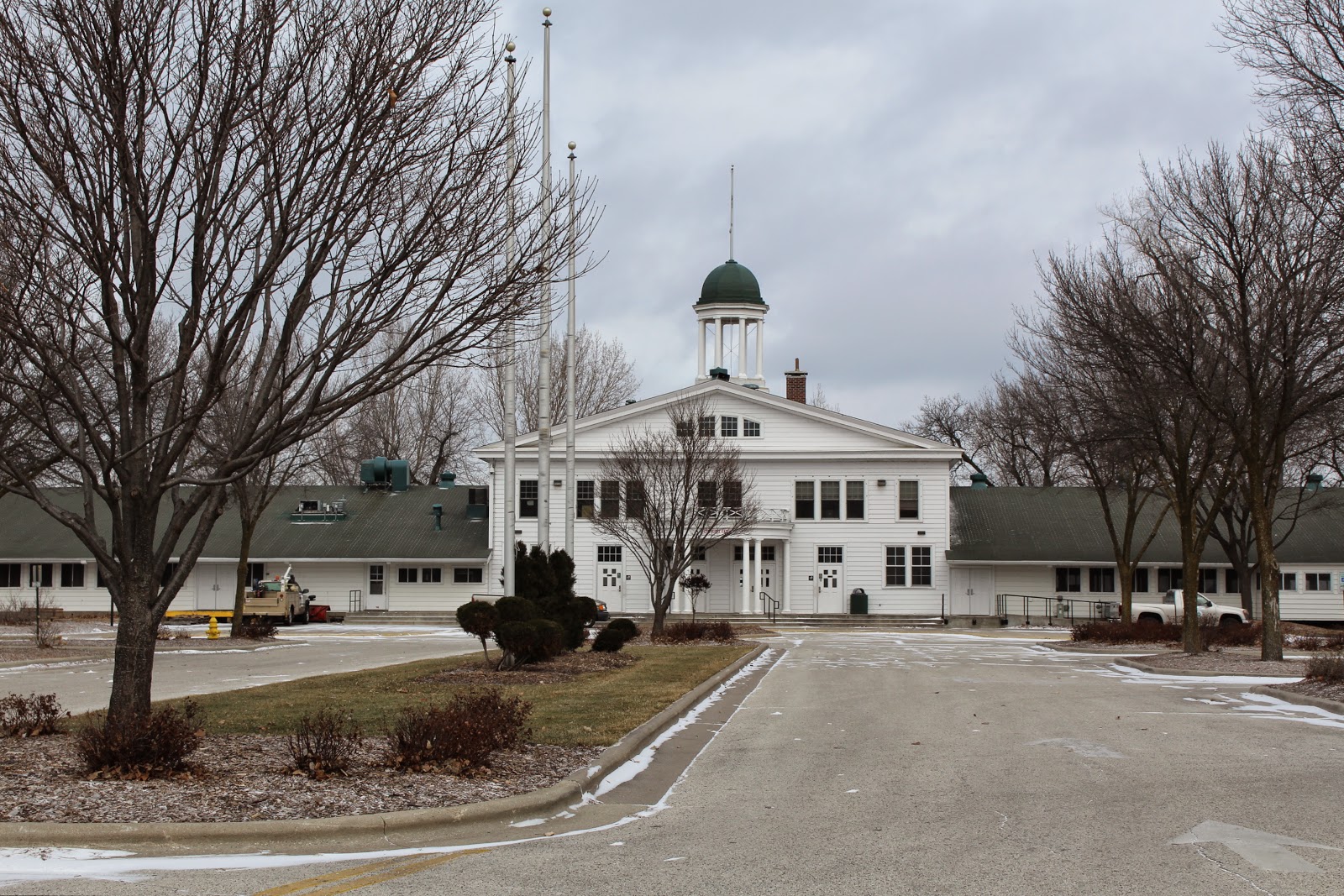 Additional Information: Very large three-part building with center block having two stories with a pedimented, gable roofed attic story surmounted by a fine, large octagonal cupola having an octagonal dome shaped roof upheld by eight Tuscan Order columns. The main block of the building has been resided in aluminum/vinyl siding and the original windows have been altered. The south or street facing facade has a semi-circular, flat-roofed entrance porch supported by six Tuscan Order columns with the center four arranged in two pairs. The north or lake facing facade has six large, two story tall Tuscan Order columns supporting pedimented portico which spans the full width of the center block. The main block also has corner pilasters on the north facade. The spreading side wings have combinaton gable and hip roofs and retain their original clapboard siding and screened windows. The extensive grounds have a number of small outbuildings, of which the pavillion in photo 78/08 is the most distinctive. Related buildings: two pavillions, one octagonal and one rectilinear (78/08). 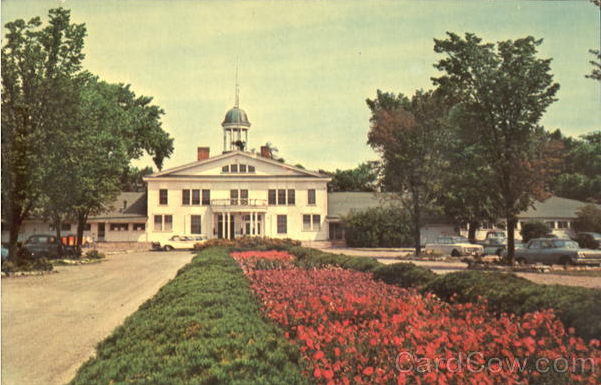 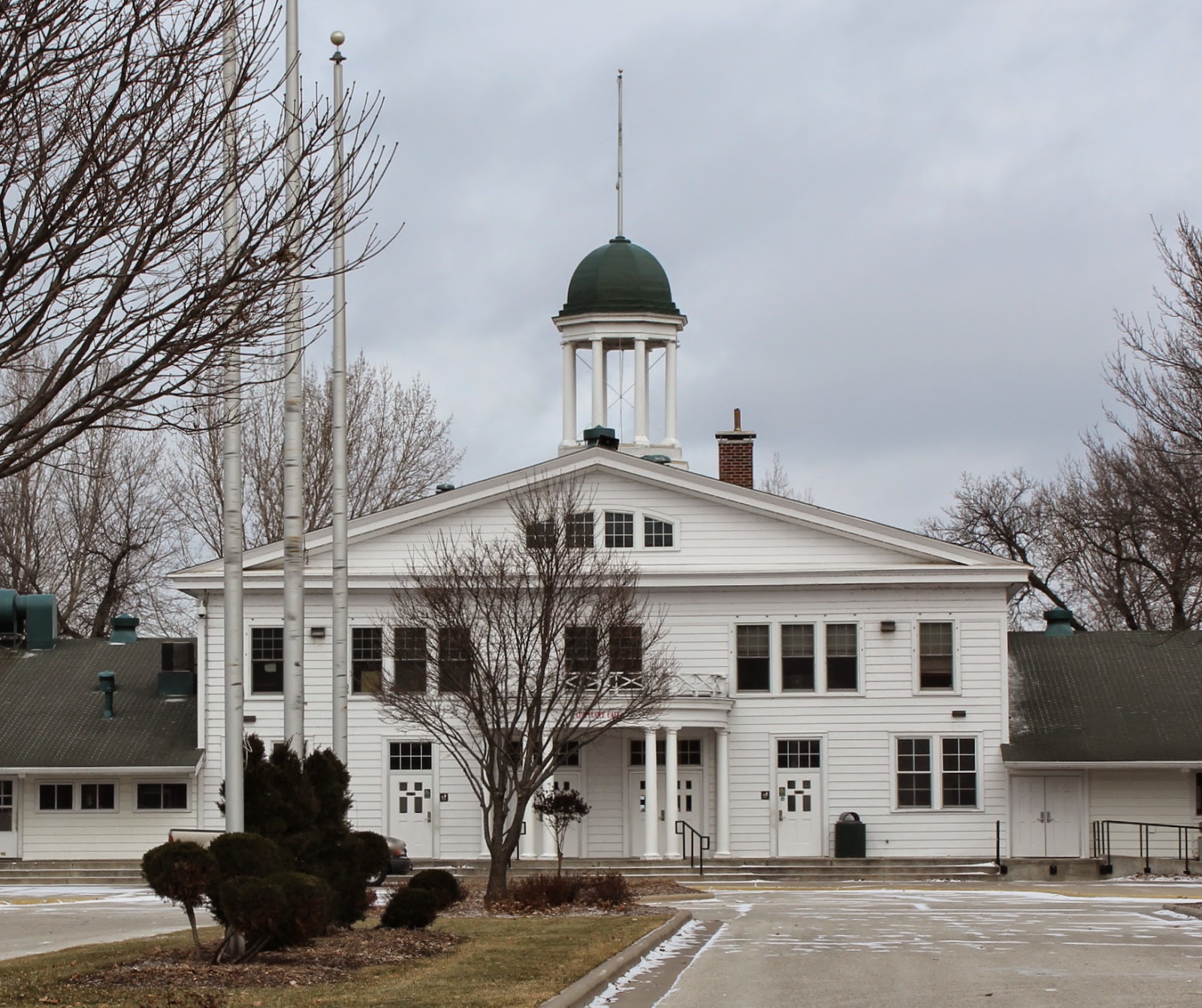