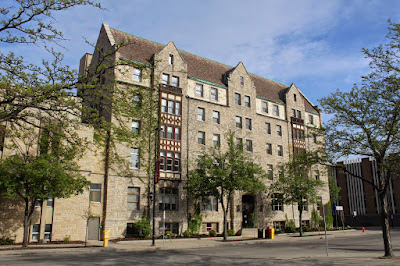 The building is rectangular in plan and has 2 large give and a half story tall rectilinear blocks that intersect to form an L-plan. They surround the two story tall indoor swimming pool that makes up the rest of the rectilinear plan and that is hidden from street view. The rear of the taller blocks is sided in common brick.

The building rests on a raised cut stone sided foundation with a dressed cut stone water table surmounting it. Both the north and east facing facades are largely the same and feature symmetrical facades with the main entrances placed in the center of the building. These entrances are both distinguished by wide cut stone surrounds with engaged single step buttresses forming the sides and with crenellated cut stone coping above with a cut stone name panel placed directly above the segmental arched entrance door opening.

The lst floor of the building is taller than the rest and is lit by large triple window groups with transoms above each, each group of which is under a single segmental arched opening having a cut stone voussoir.

The 2nd through 4th floors above are cut stone sided, while the 5th floor is sided in stucco and is divided by three larger gable roofed one and a half story dormers. The two end dormers each have three story tall shallow rectilinear oriels below sided in fake half timber work.

There is a modern two and a half story tall wing across the south side of the older building.

History of the Green Bay YMCA 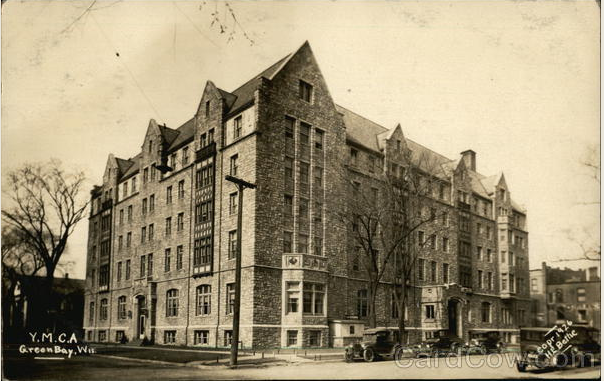 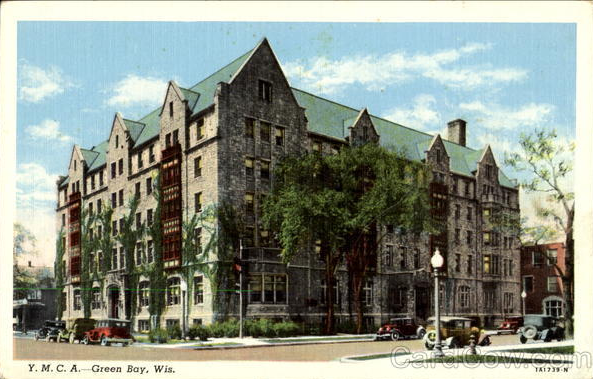 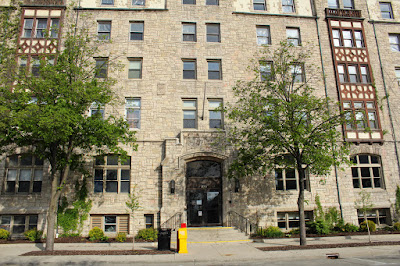 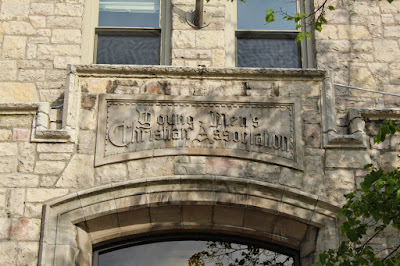 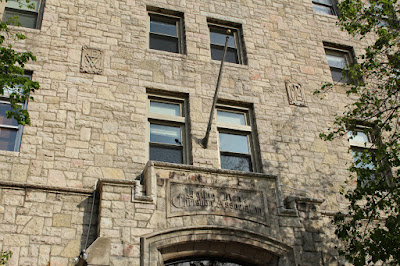 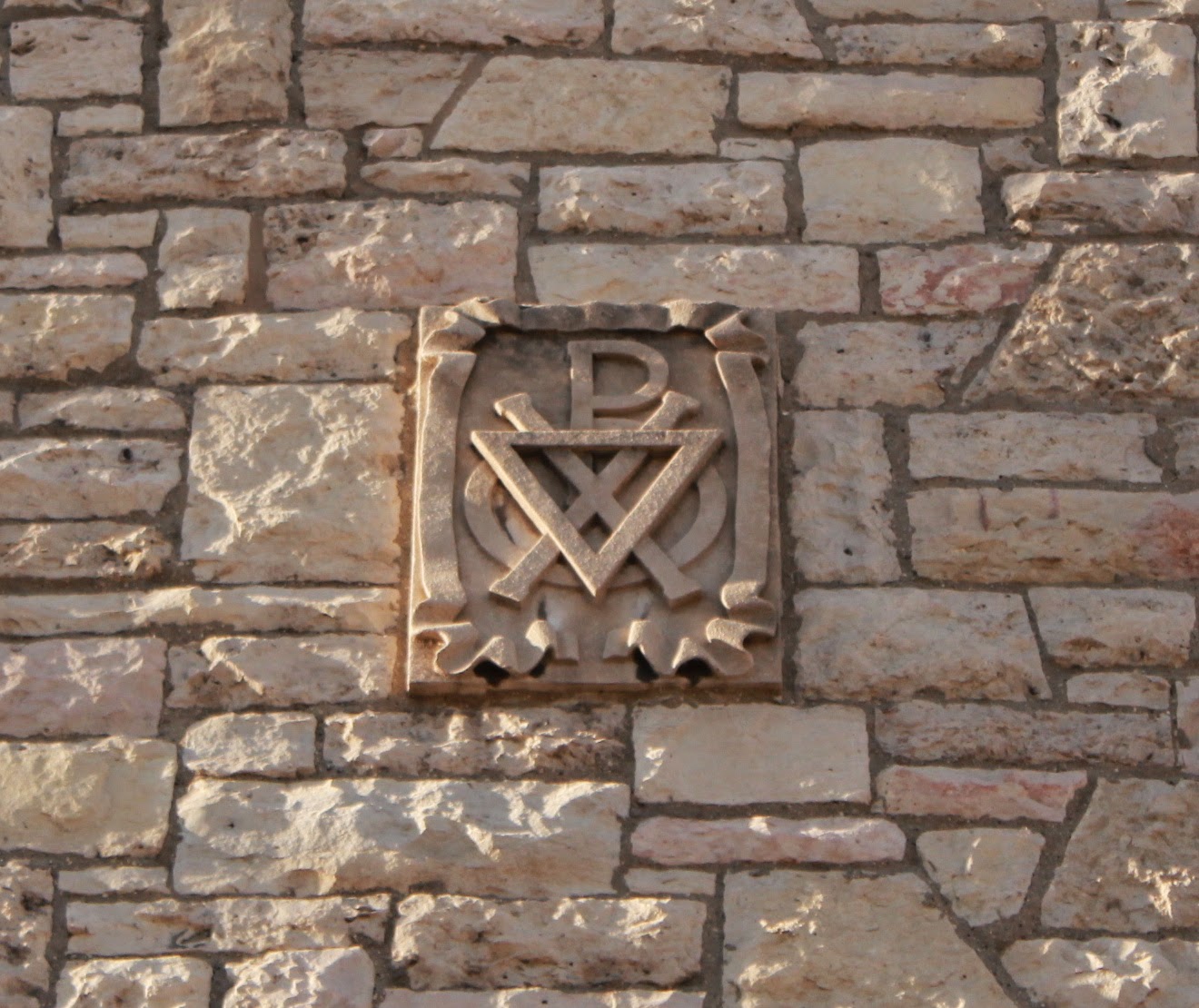 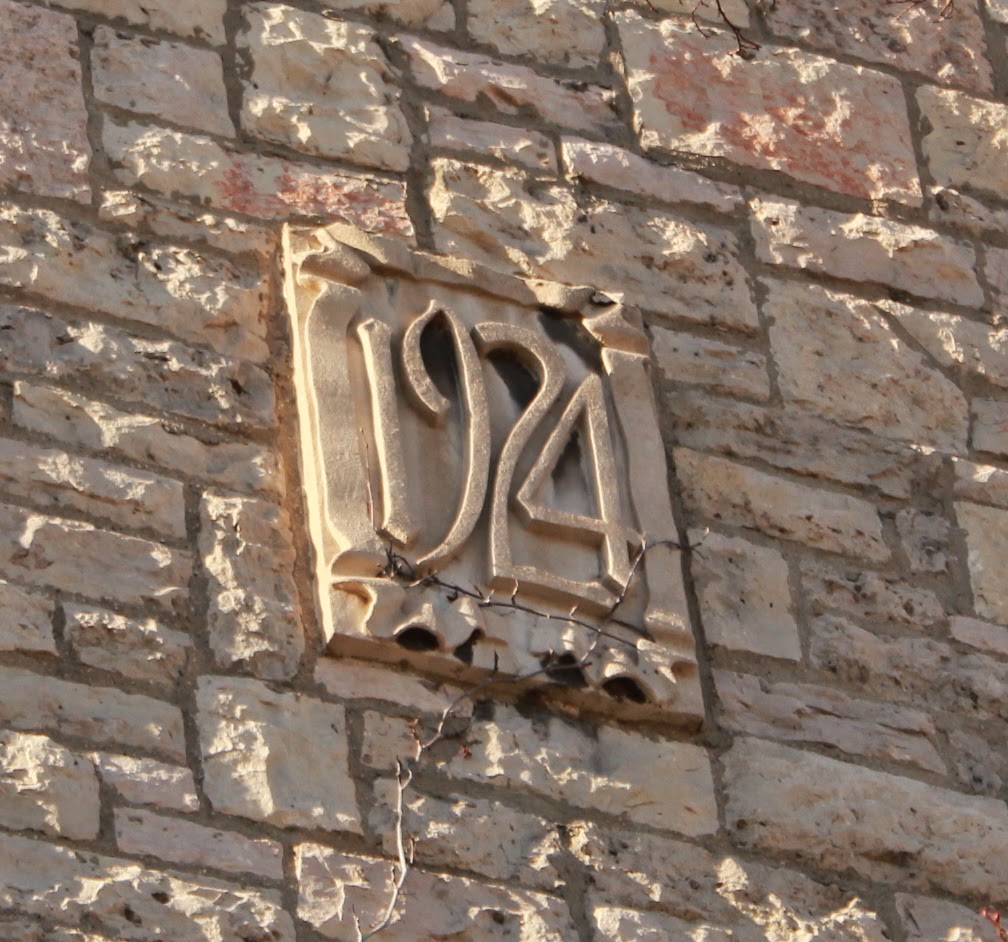 About half-way up the facade, to the right.