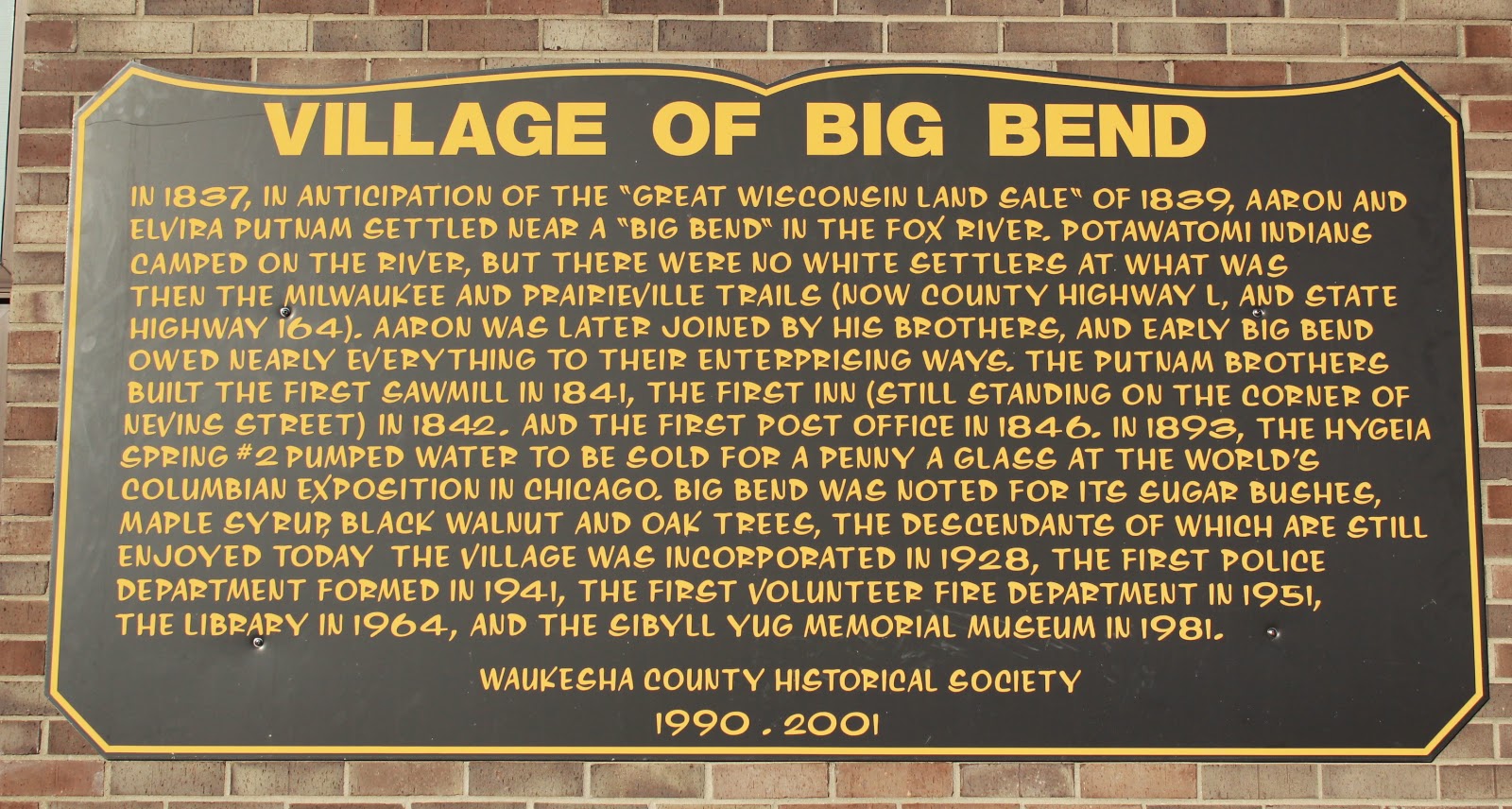 In 1837, in anticipation of the “Great Wisconsin Land Sale” of 1839, Aaron and Elvira Putnam settled near a “Big Bend” in the Fox River. Potawatomi Indians camped on the river, but there were no white settlers at what was then the Milwaukee and Prairieville Trails (now County Highway L, and State Highway 164). Aaron was later joined by his brothers, and early Big Bend owed nearly everything to their enterprising ways. The Putnam brothers built the first sawmill in 1841, the first inn (still standing on the corner of Nevins Street) in 1842, and the first post office in 1846. In 1893, the Hygeia Spring #2 pumped water to be sold for a penny a glass at the World’s Columbian Exposition in Chicago. Big Bend was noted for its sugar bushes, maple syrup, black walnut and oak trees, the descendants of which are still enjoyed today. The village was incorporated in 1928, the first police department formed in 1941, the first volunteer fire department in 1951, the library in 1964, and the Sibyll Yug Memorial Museum in 1981.

The marker is mounted to the facade of the Big Bend Village Hall located at W230 S9185 Nevins Street, Big Bend, Wisconsin 53103.

Find A Grave: Aaron and Elvira Putnam
NOTE: They share a headstone

The marker is No. 01-02 in a series of historical markers erected by the Waukesha County Historical Society. 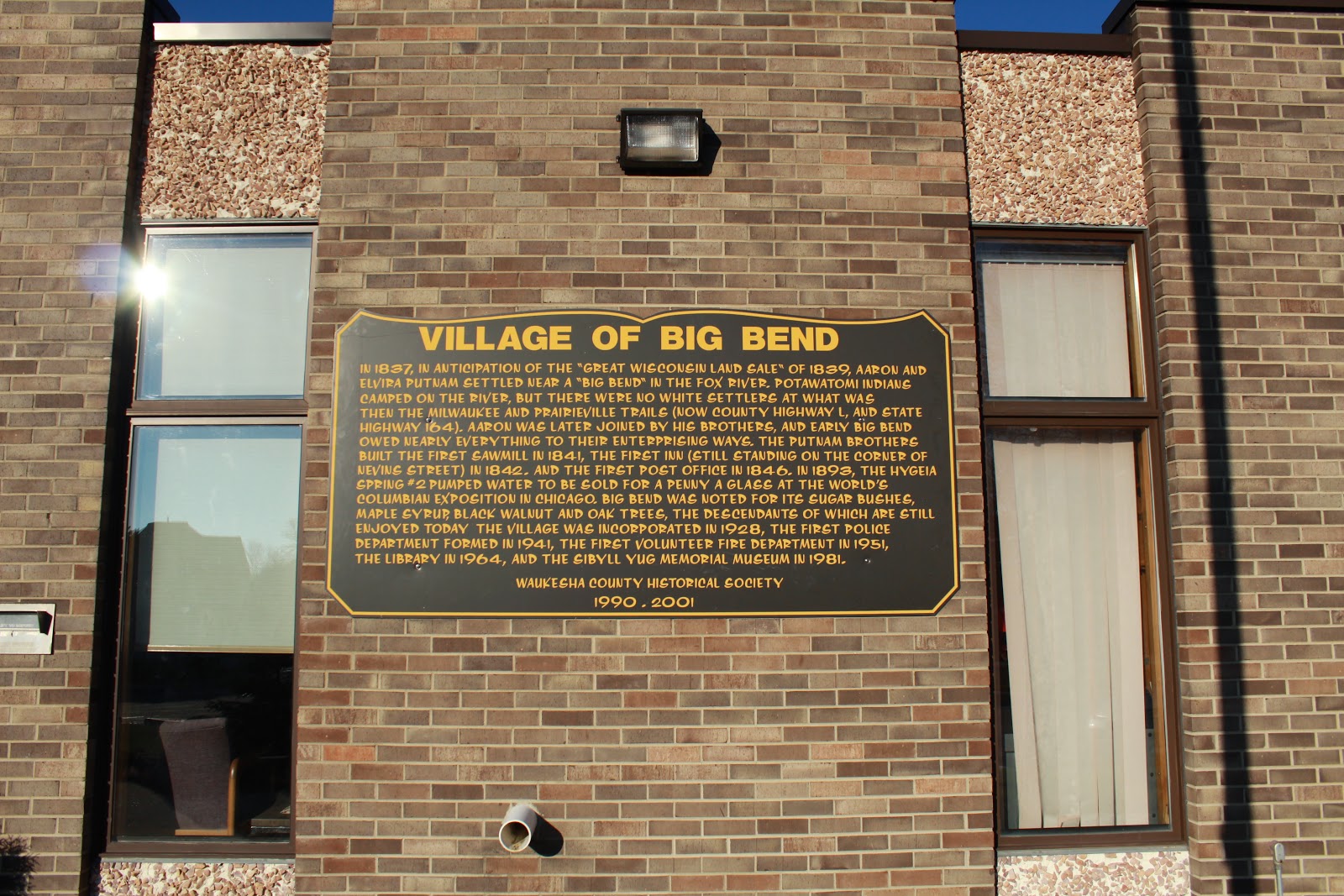 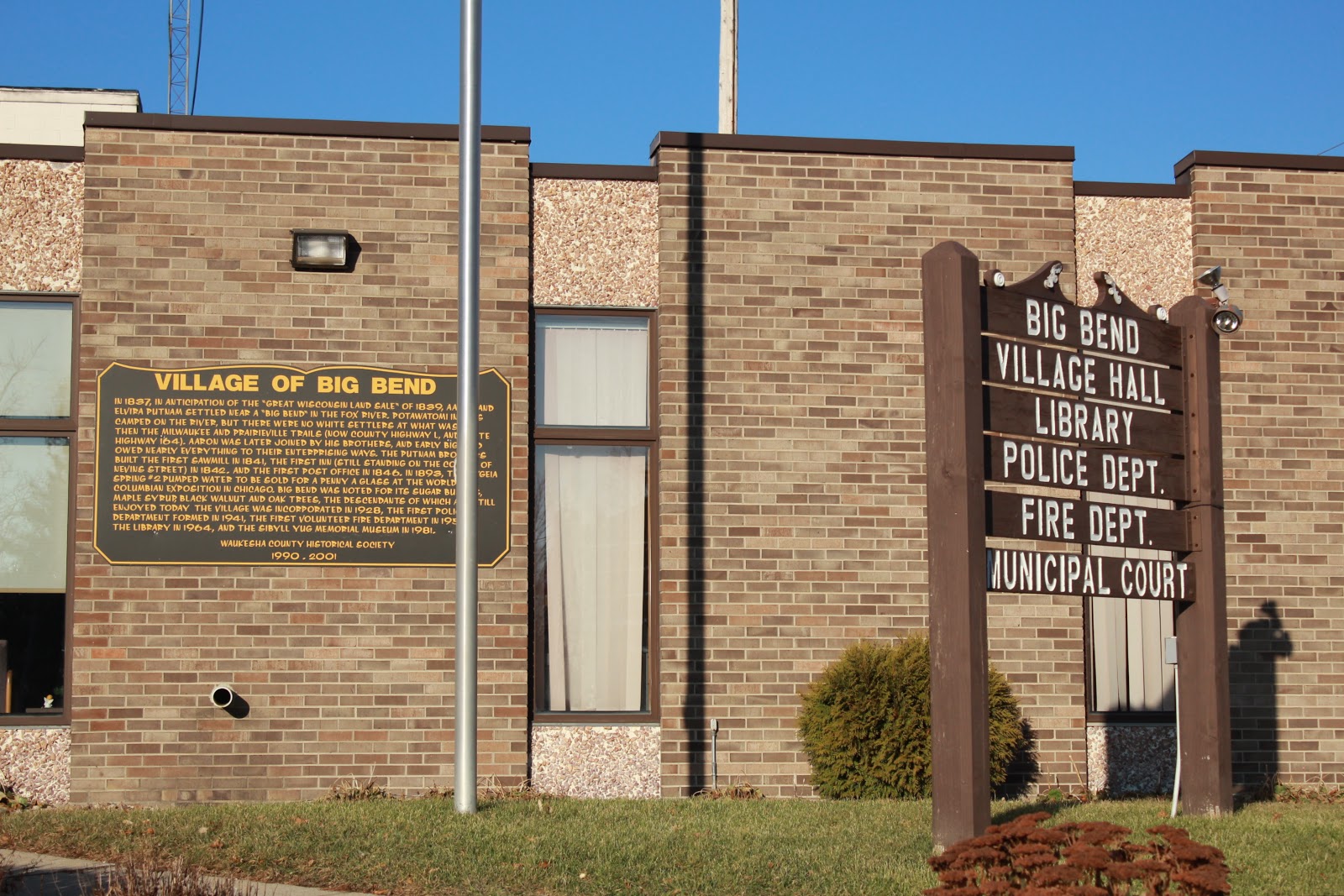 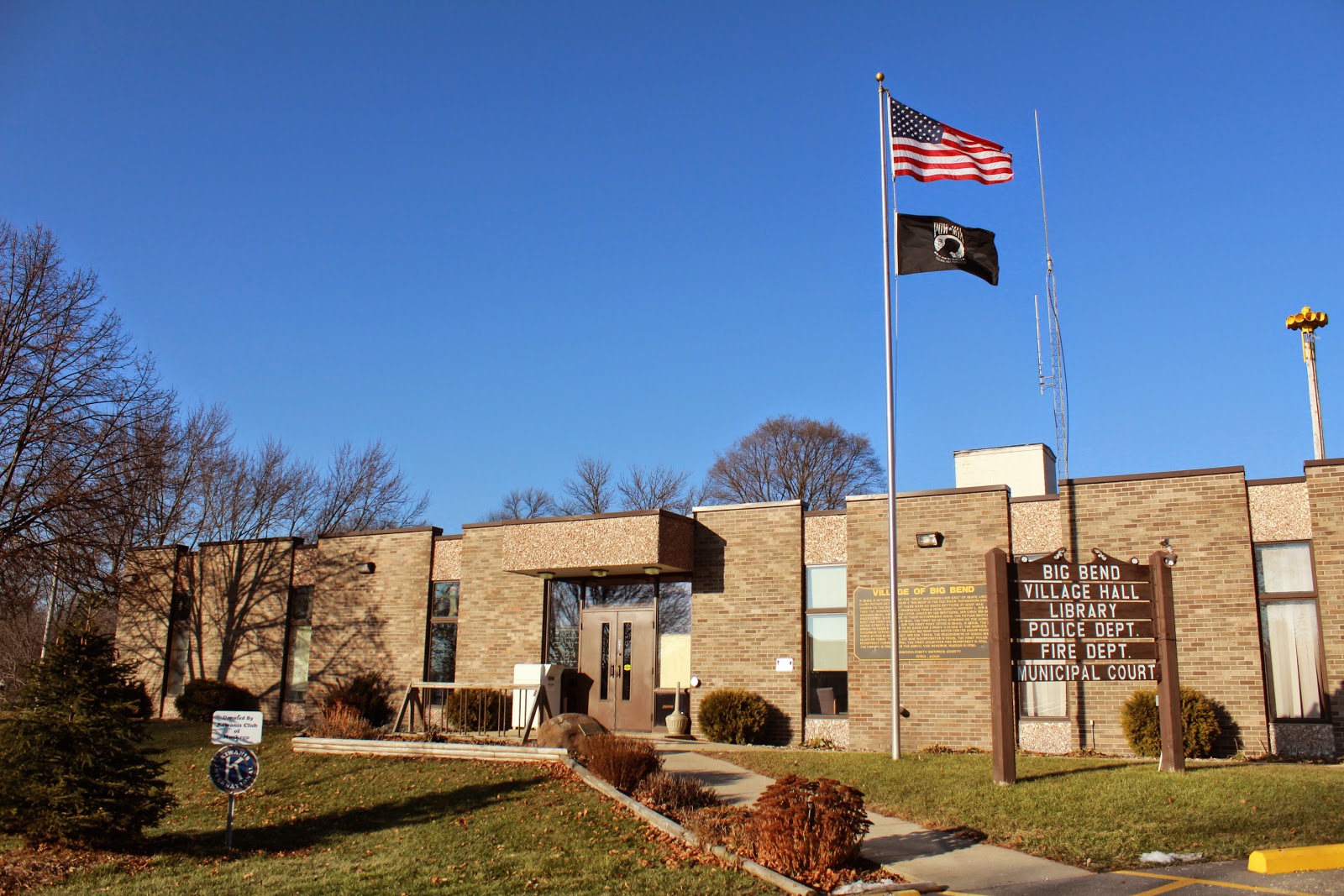 It's impossible to miss this huge marker! 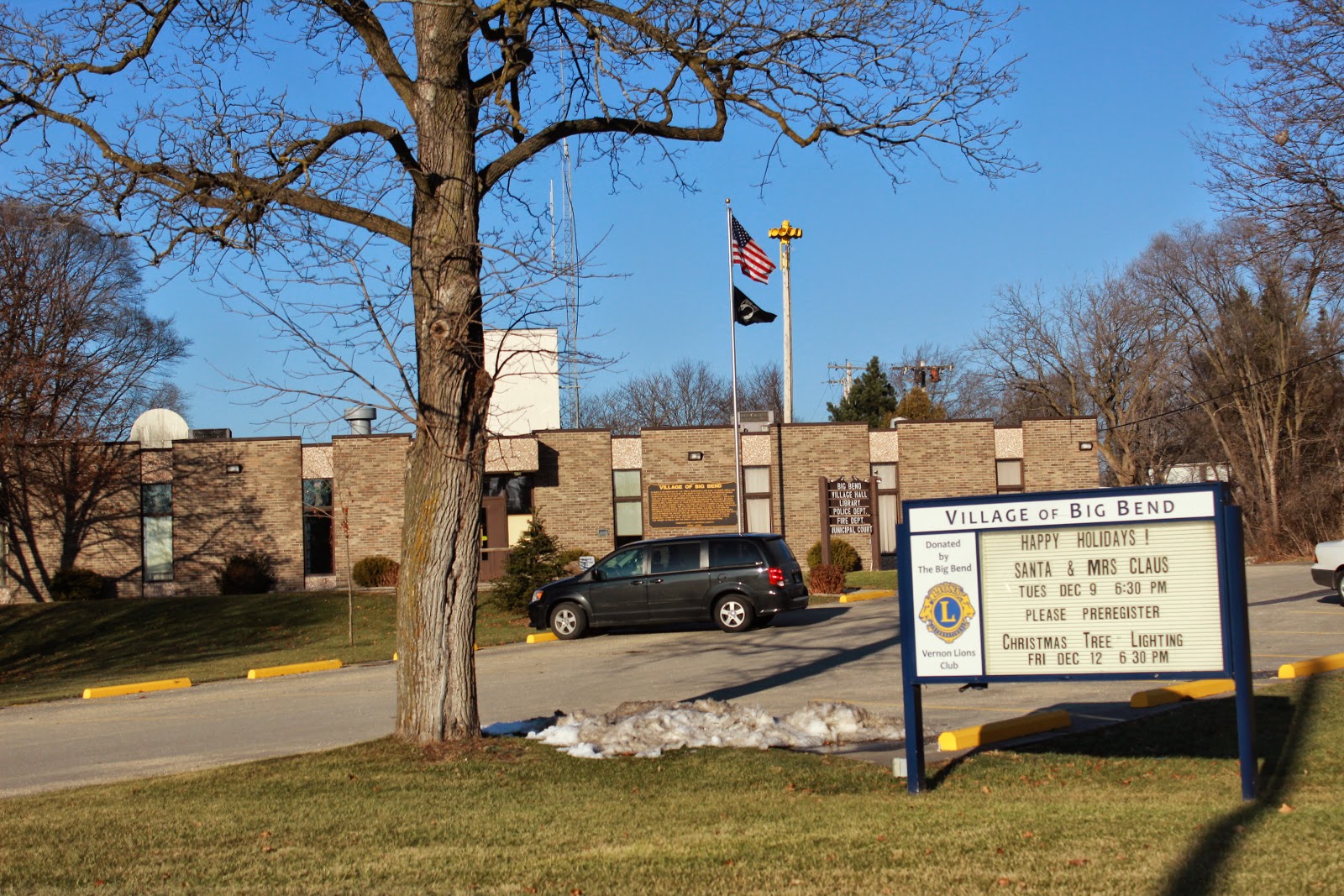 The marker is easy to access, and there's lots of parking!