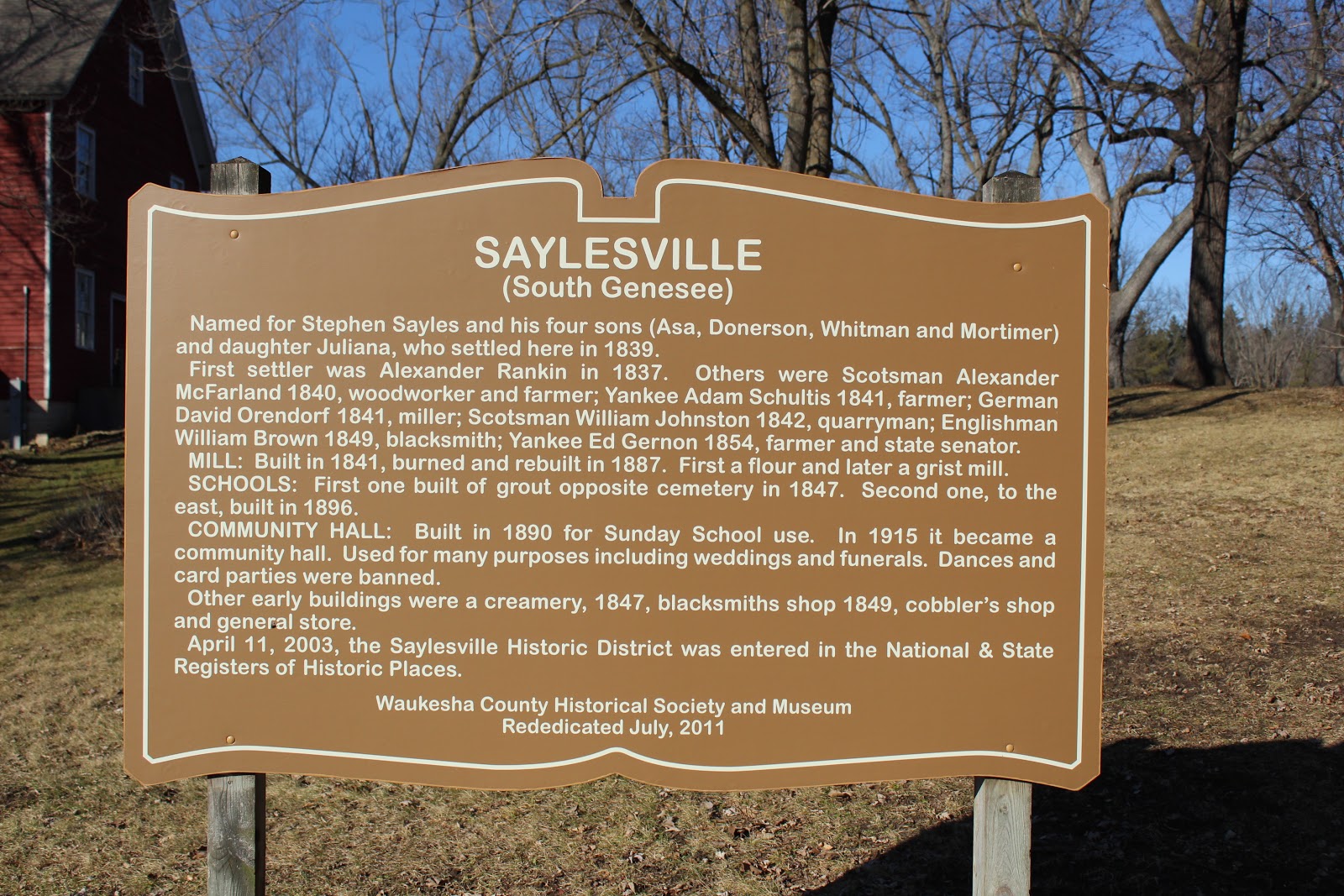 Named for Stephen Sayles and his four sons (Asa, Donerson, Whitman and Mortimer) and daughter Juliana, who settled here in 1839.

Schools: First one built of grout opposite cemetery in 1847. Second one, to the east, built in 1896.

Community Hall: Built in 1890 for Sunday School use. In 1915 it became a community hall. Used for many purposes including weddings and funerals. Dances and card parties were banned.

Other early buildings were a creamery 1847, blacksmith's shop 1849, cobbler's shop and general store.

April 11, 2003, the Saylesville Historic District was entered in the National & State Registers of Historic Places.

The marker is located on westbound Saylesville Road / County Highway X, between Ridgefield Road (to the west) and Rockwood Trail (to the east), at S52 W28794 Saylesville Road, Waukesha, Wisconsin 53189.

Additional Information:
1998:
The original Saylesville Mill was built in 1841 by Mortimer Sayles, the brother of Whitman. In 1887 a fire destroyed the mill and a new mill was constructed on the same site. According to the Atlases of Waukesha Cournty, the mill served as a saw mill, a grist mill , and a flouring mill. The mill operated well into the twentieth century, closing after WWII.
All of the windows were replaced in 1996 with custom windows that match the original in style. 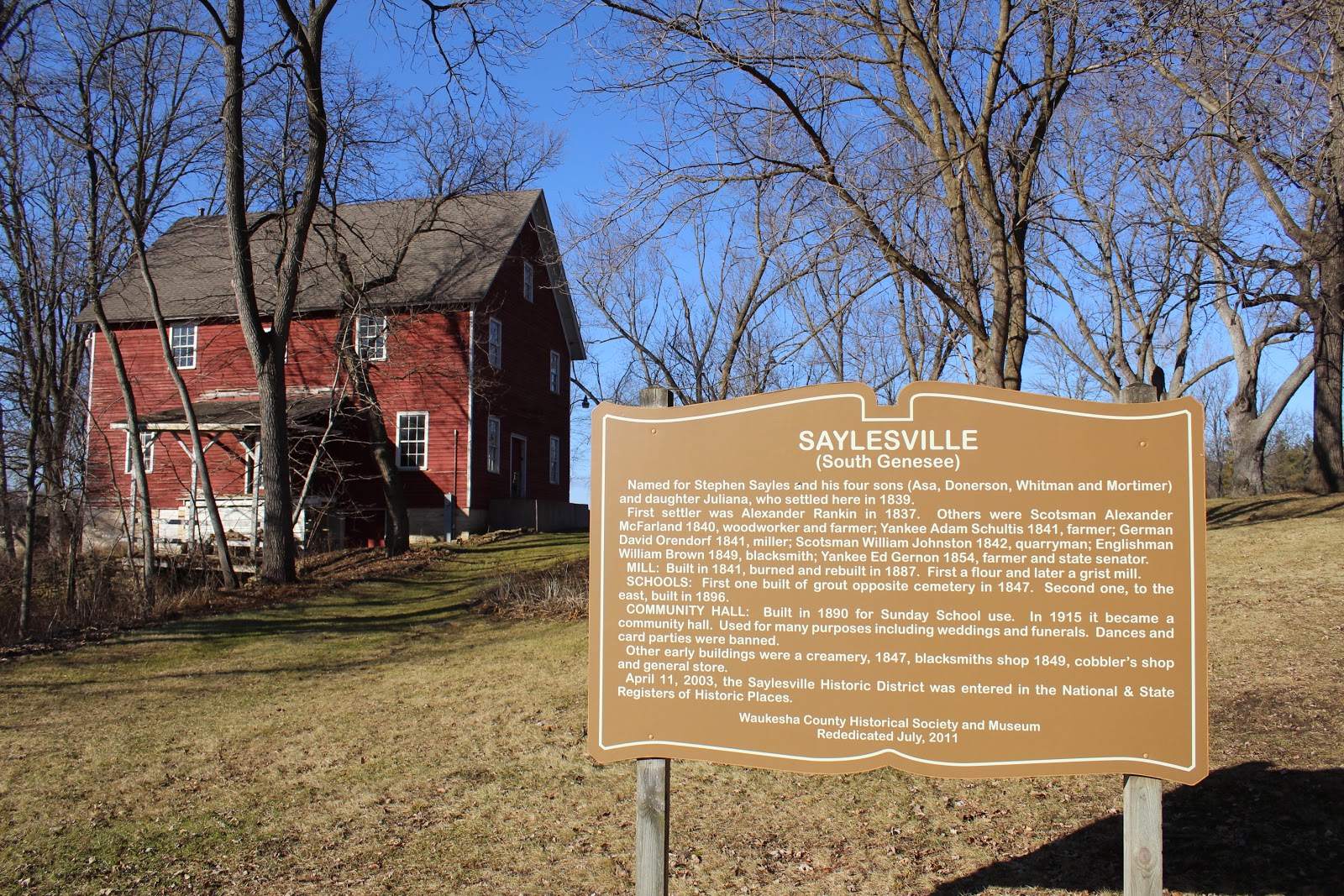 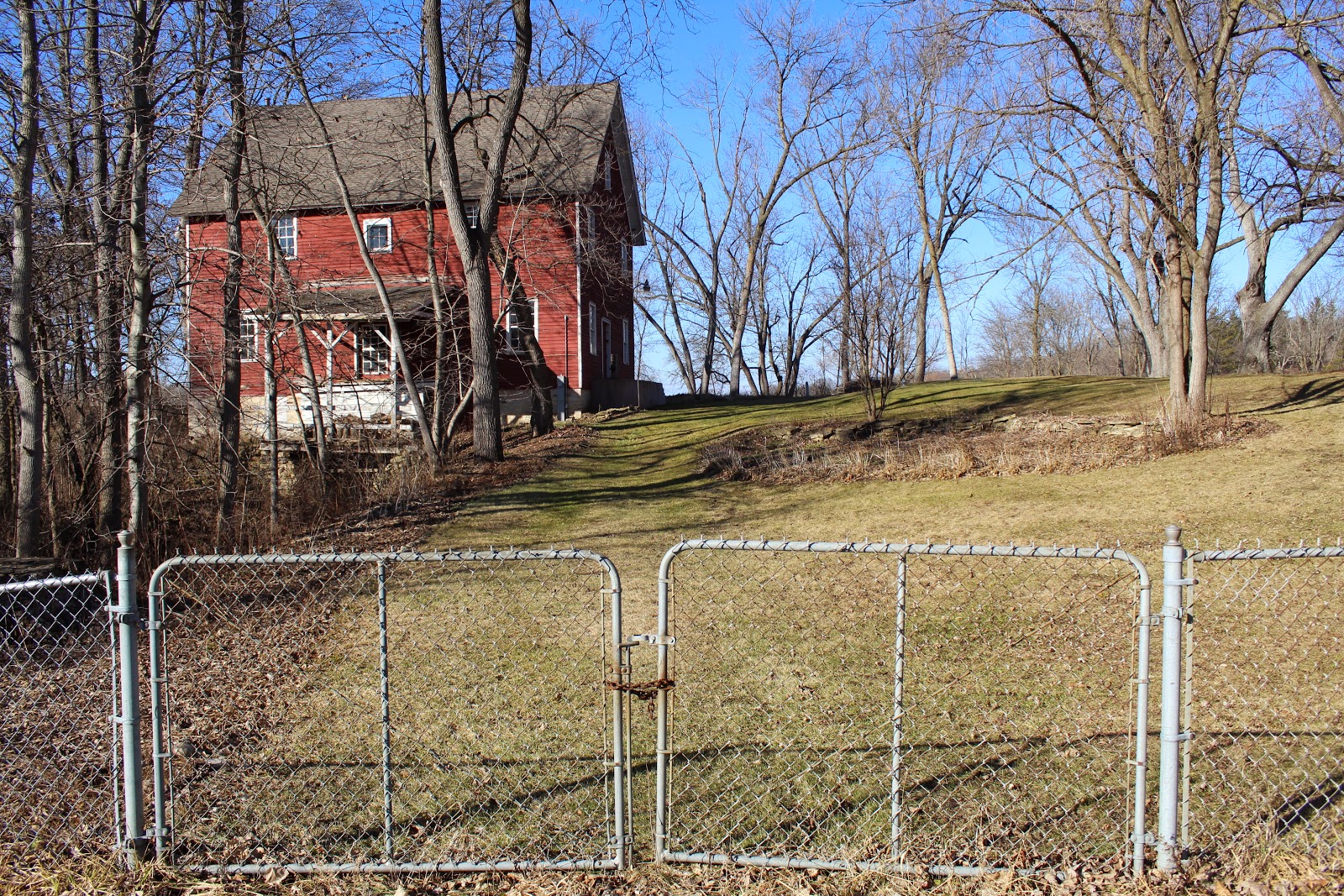 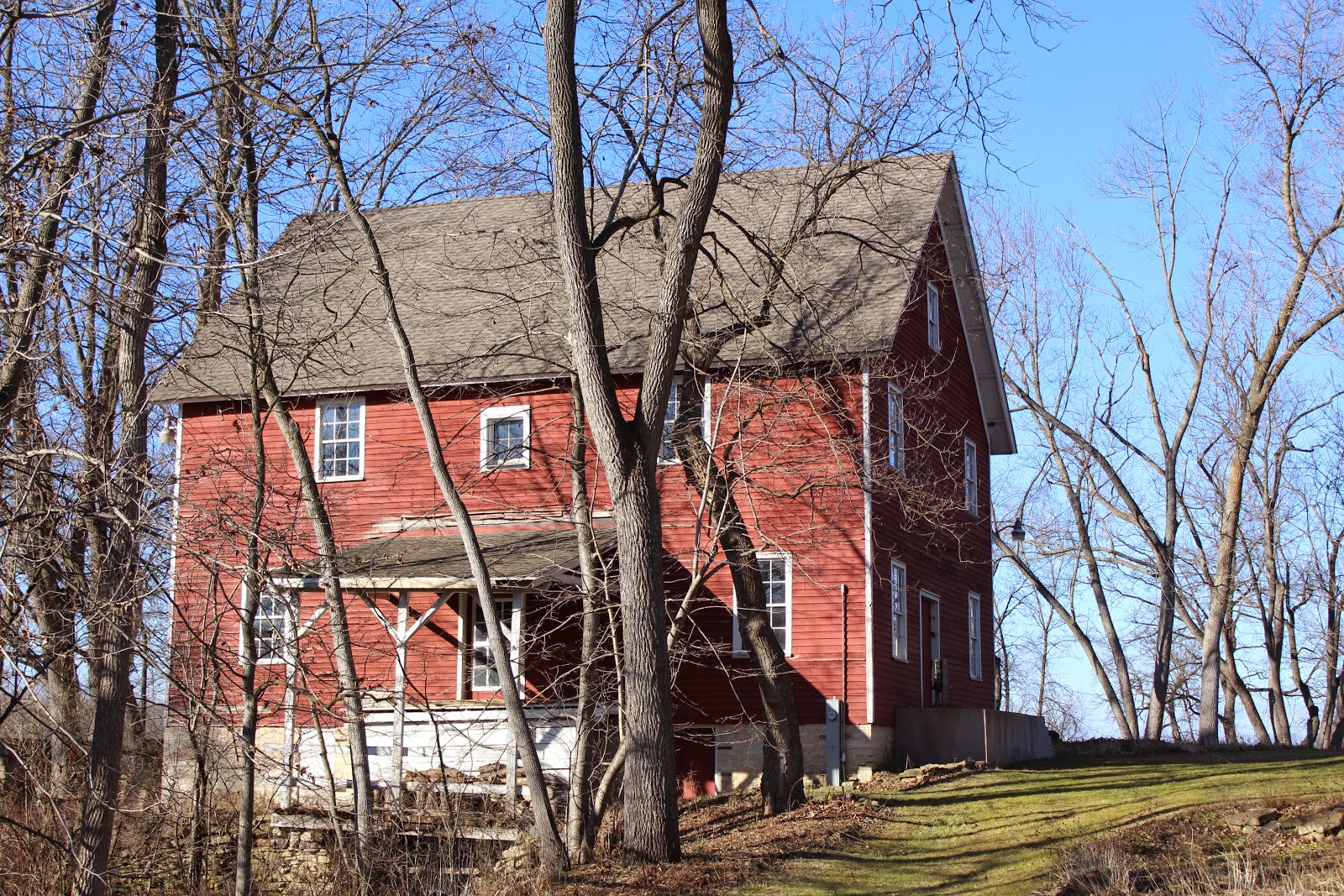 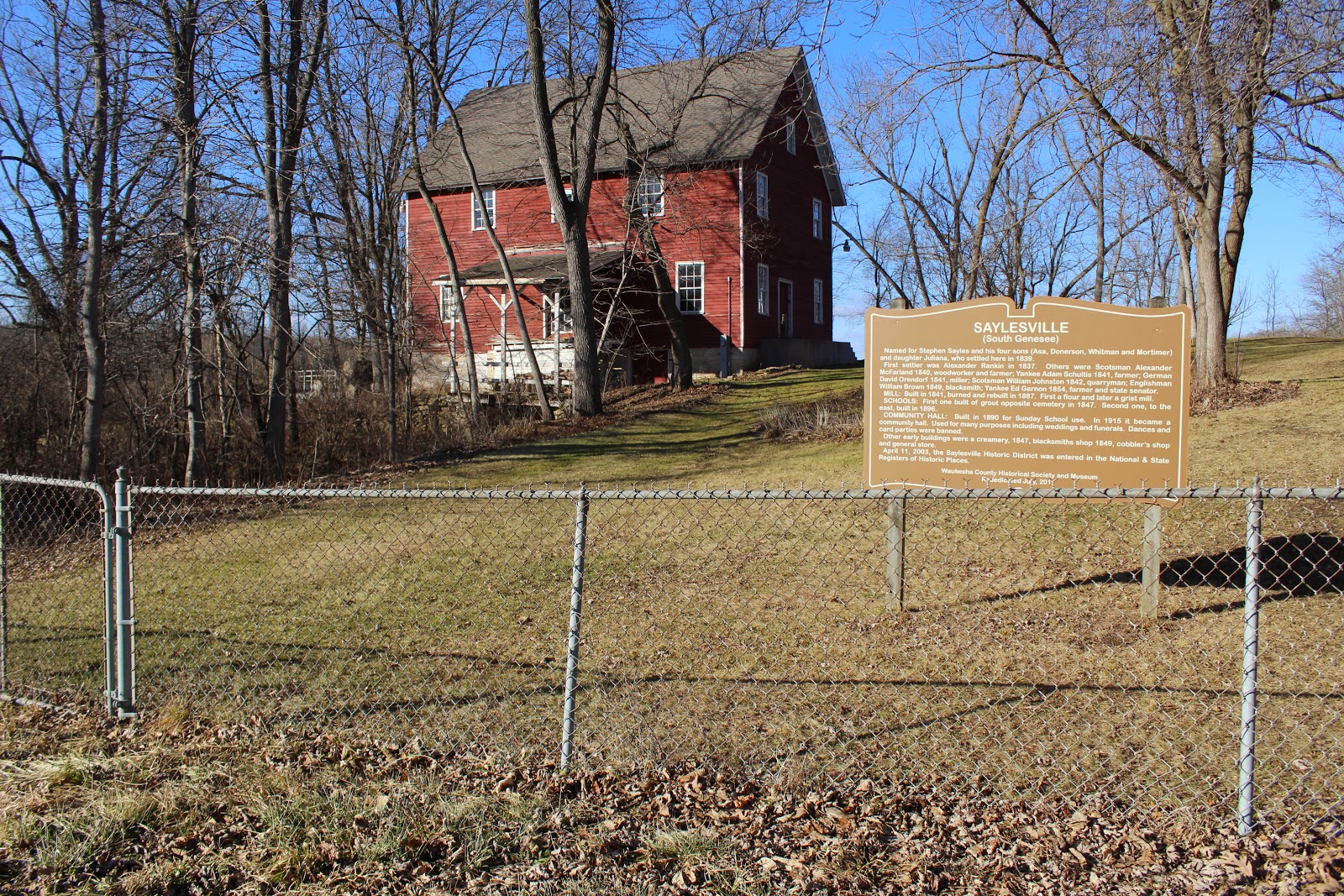 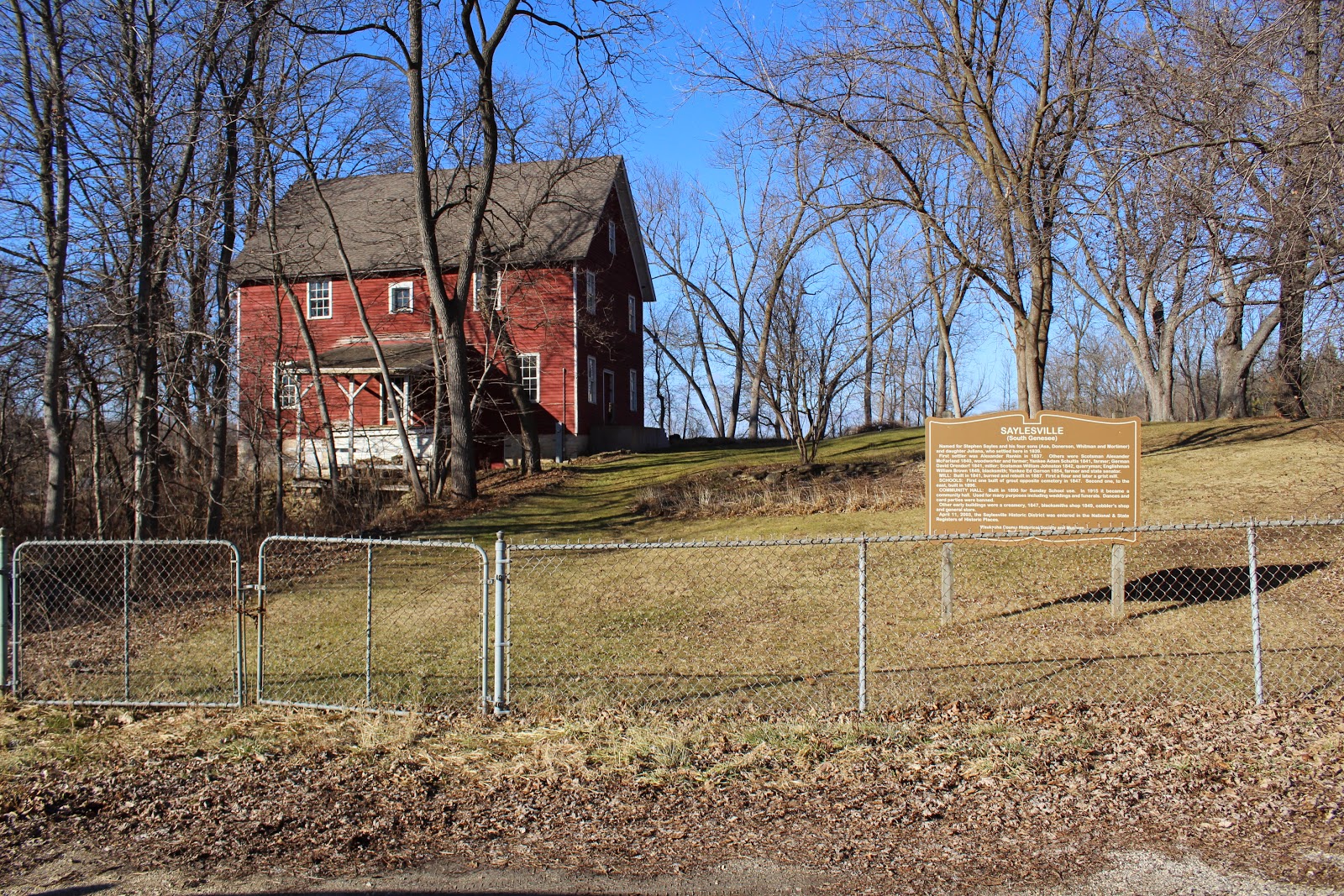 There's plenty of parking in front of the fence,
and a nice-sized roadway turnoff.