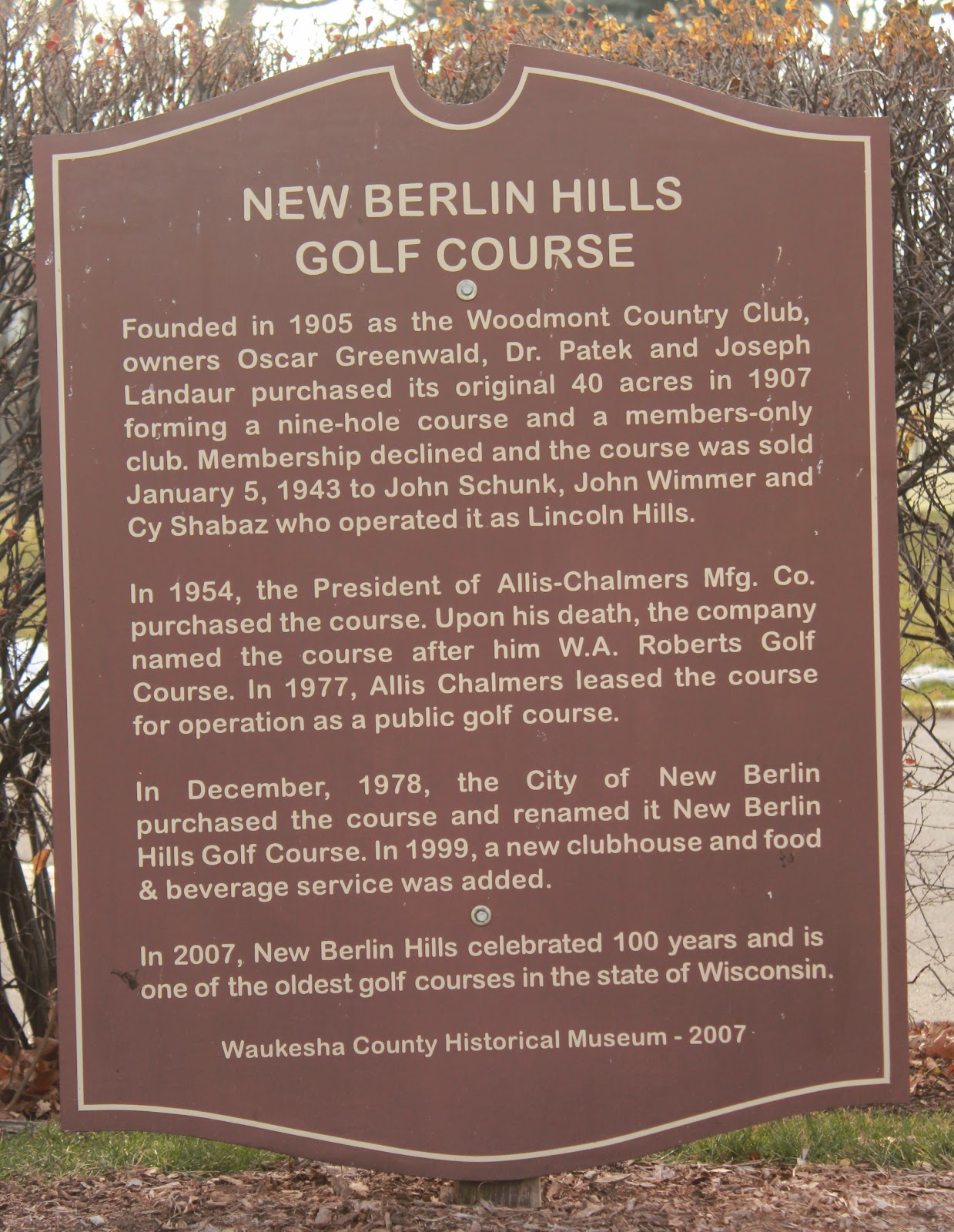 Founded on 1905 as the Woodmont Country Club, owners Oscar Greenwald, Dr. Patek, and Joseph Landaur purchased its original 40 acres in 1907 forming a nine-hole course and a members-only club. Membership declined and the course was sold January 5, 1943 to John Schunk, John Wimmer and Cy Shabaz who operated it as Lincoln Hills.

In 1954, the President of Allis-Chalmers Mfg. Co. purchased the course. Upon his death, the company named the course after him W.A. Roberts Golf Course. In 1977, Allis Chalmers leased the course for operation as a public golf course.

In December, 1978, the City of New Berlin purchased the course and renamed it New Berlin Hills Golf Course. In 1999, a new clubhouse and food & beverage service was added.

In 2007, New Berlin Hills celebrated 100 years and is one of the oldest golf courses in the state of Wisconsin.

This marker is No.21-07 in a series of historical markers erected by the Waukesha County Historical Society. 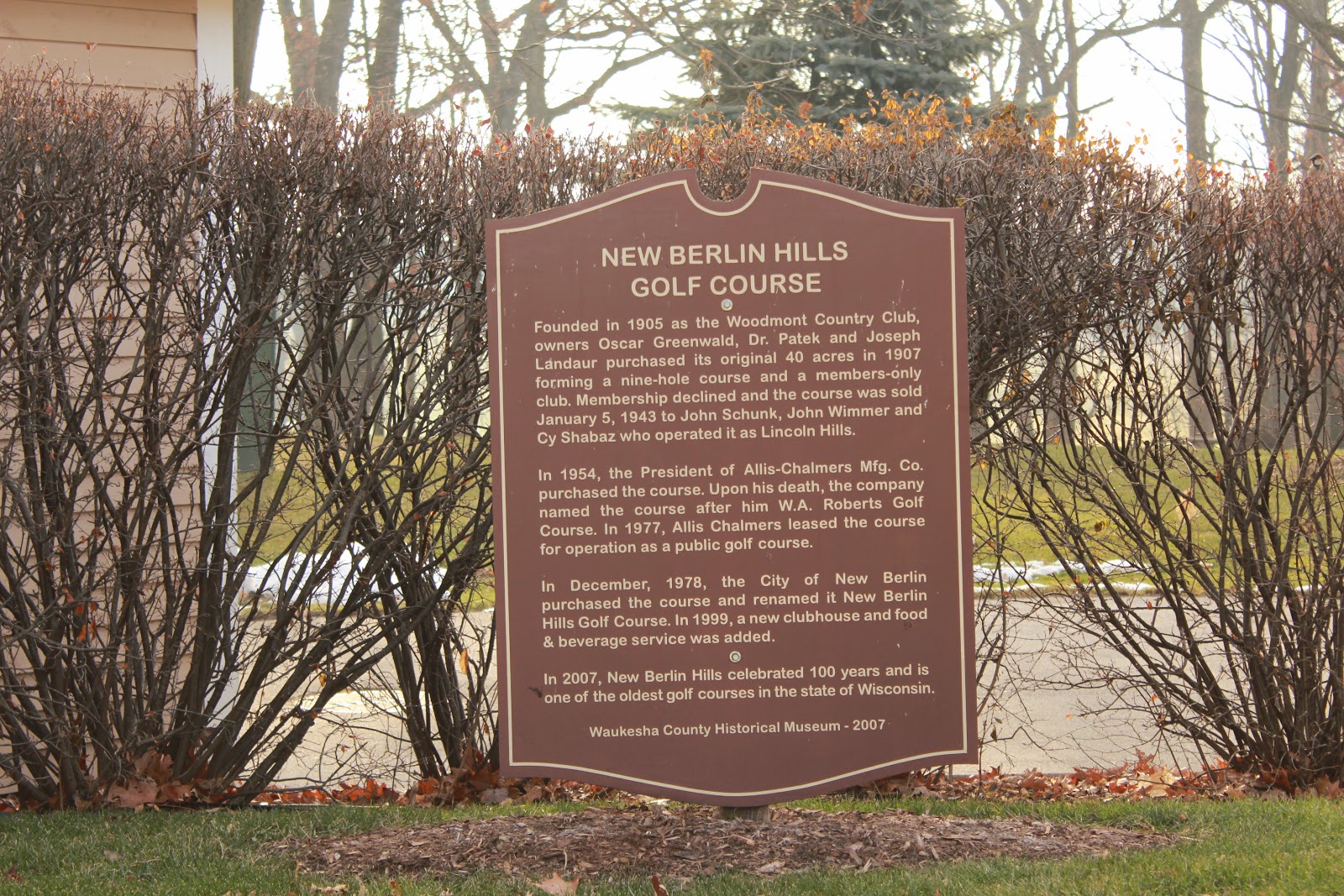 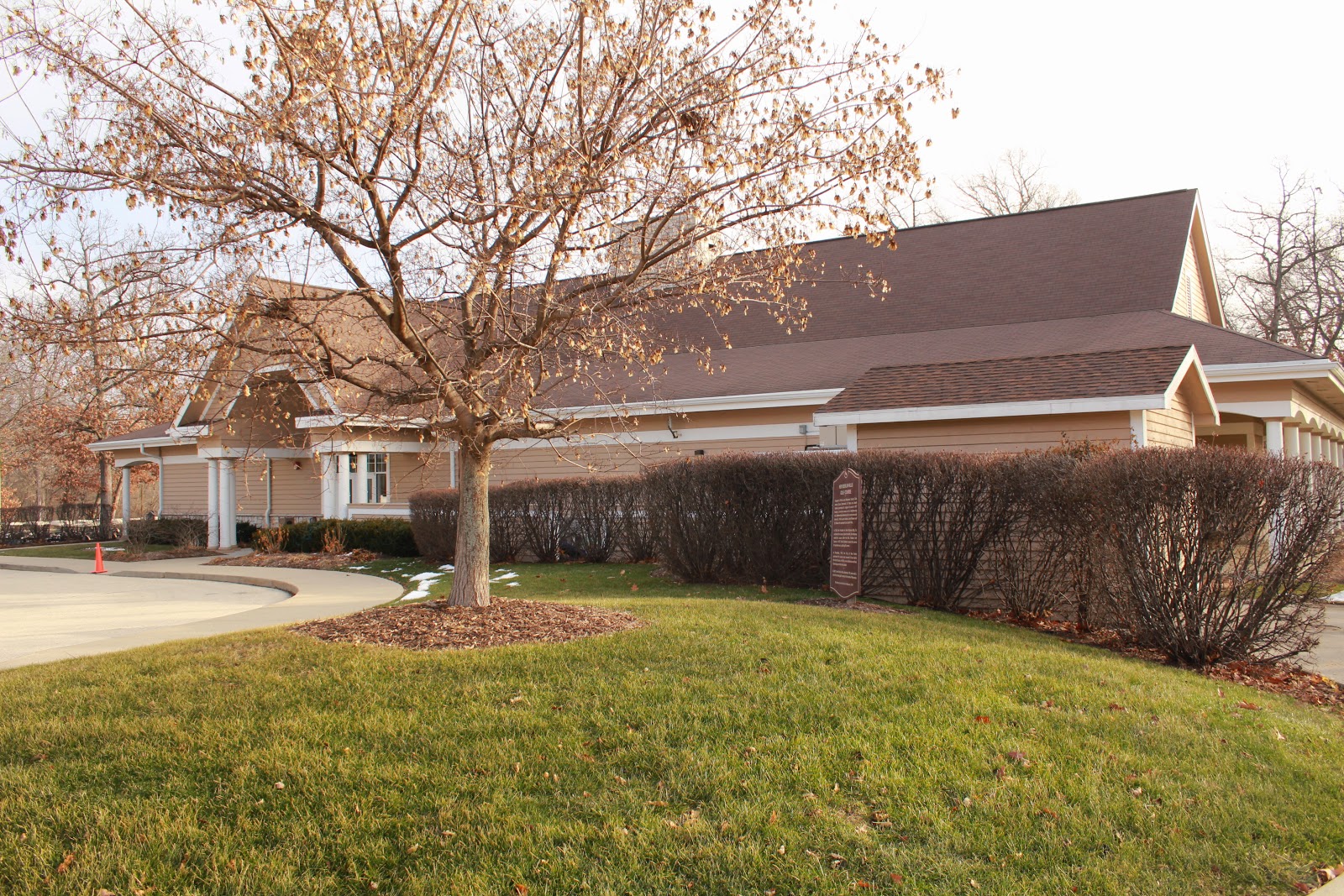 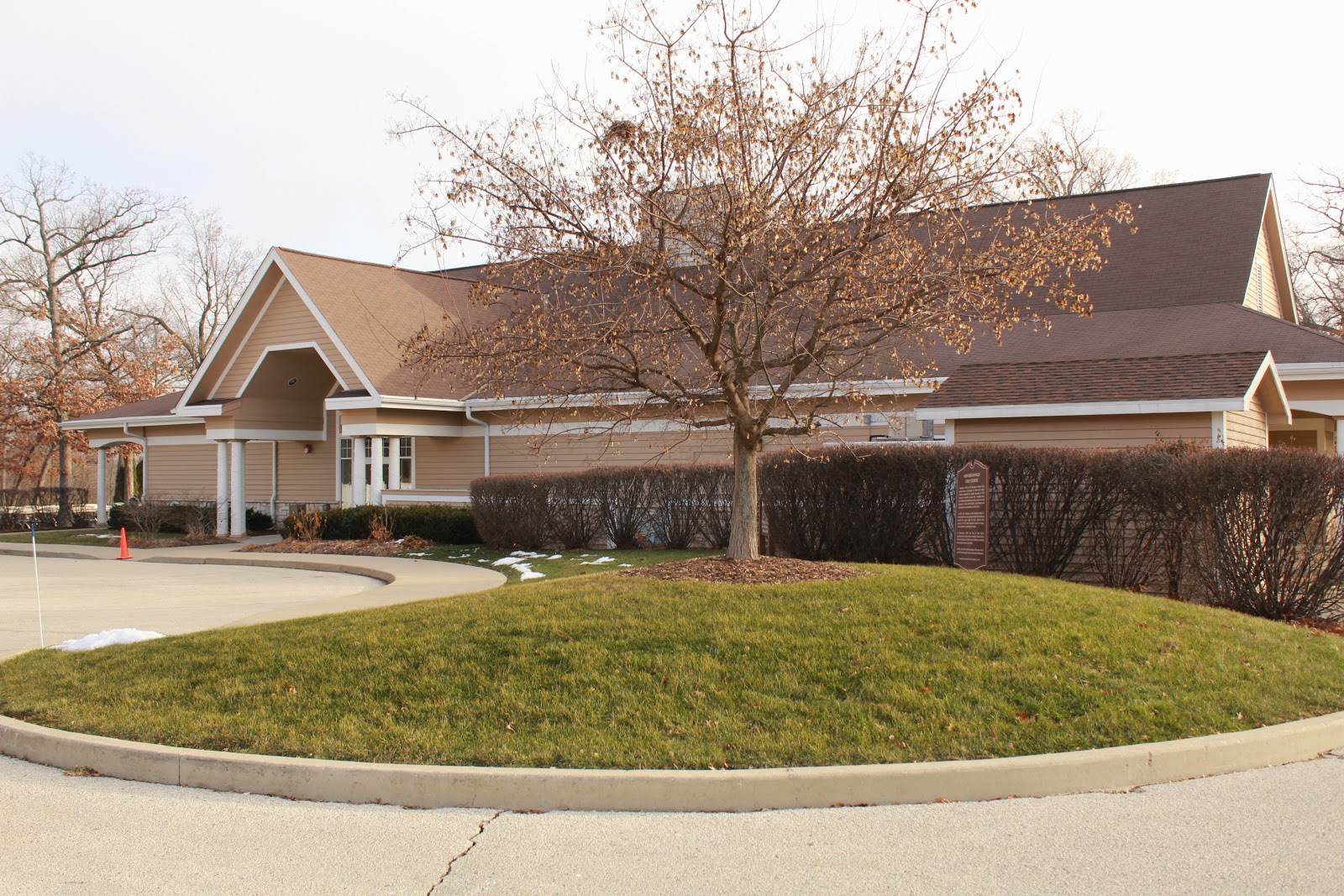 The  marker is visible to the right of the tree, alongside the hedge. 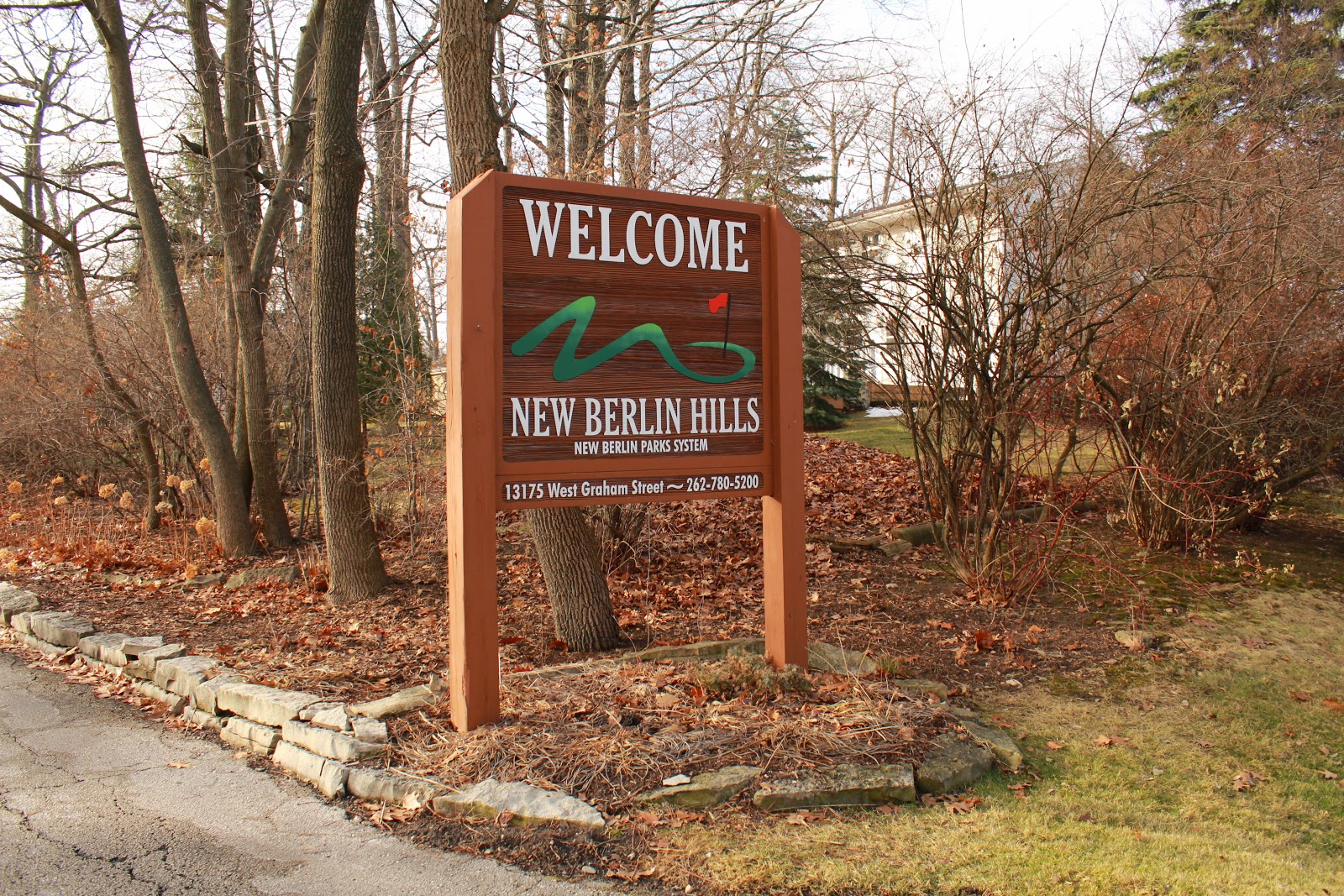 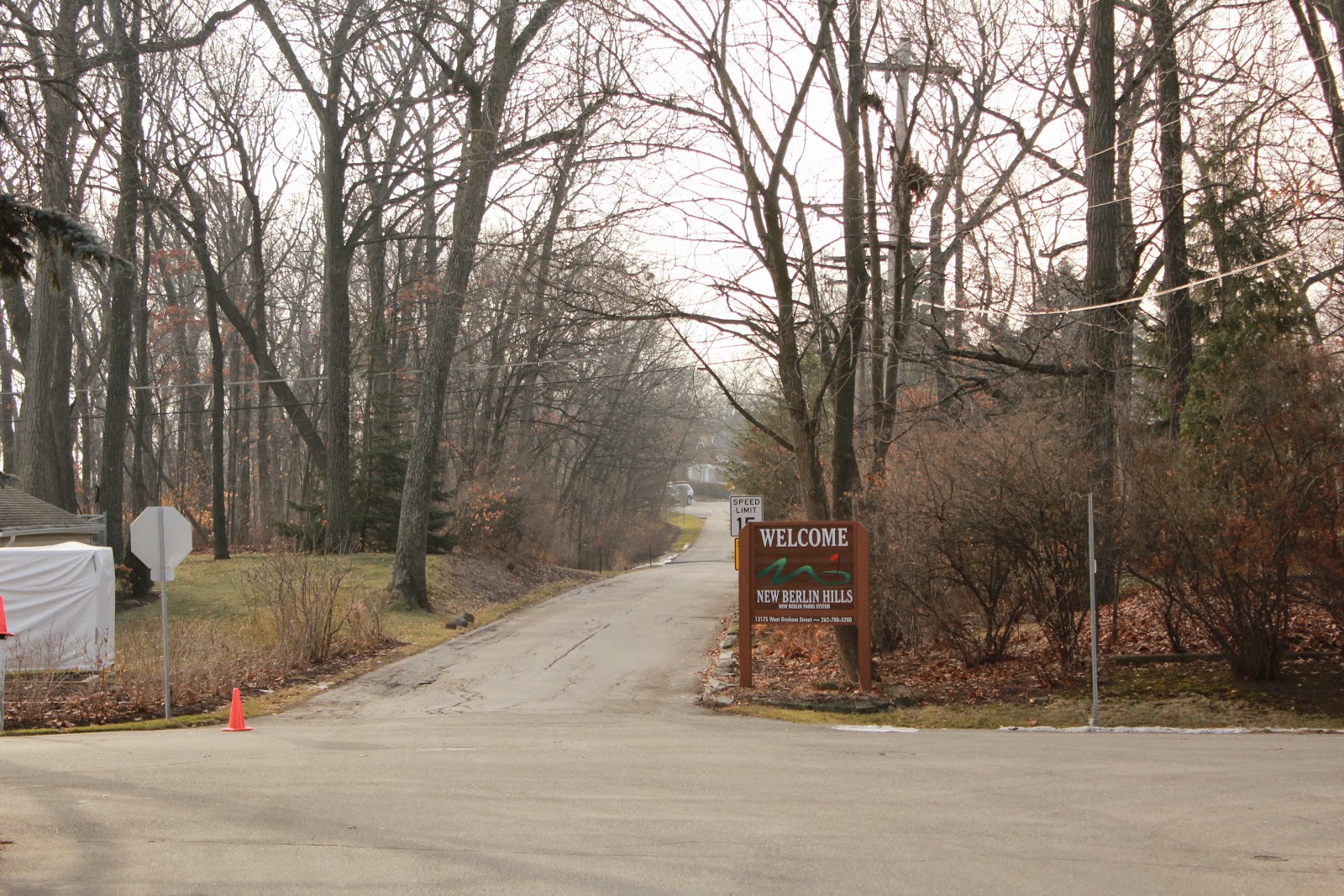