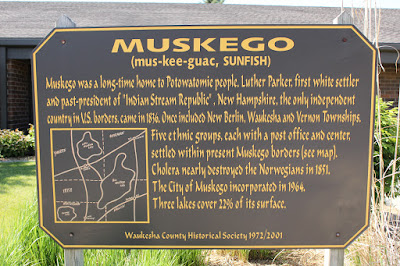 Muskego was a long-time home to Potowatomie people. Luther Parker, first white settler and past-president of “Indian Stream Republic”, New Hampshire, the only independent country in U.S. borders, came in 1836. Once included New Berlin, Waukesha, and Vernon Townships. Five ethnic groups, each with a post office and center, settled within present Muskego borders (see map). Cholera nearly destroyed the Norwegians in 1851. The City of Muskego incorporated in 1964. Three lakes cover 22% of its surface.


The marker is No. 19-02 in a series of historical markers erected by the Waukesha County Historical Society. 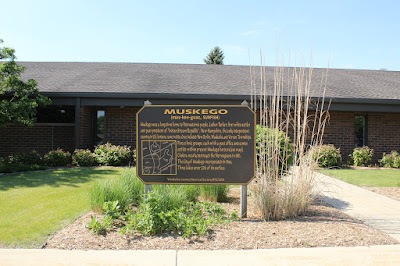 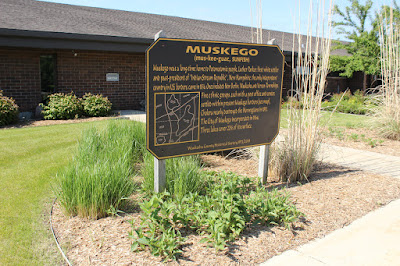 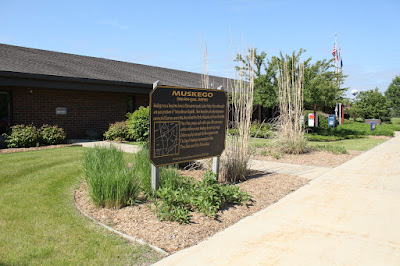 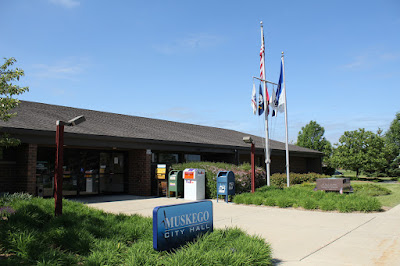 The marker is located at the Muskego City Hall. 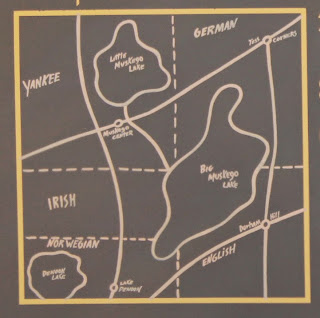 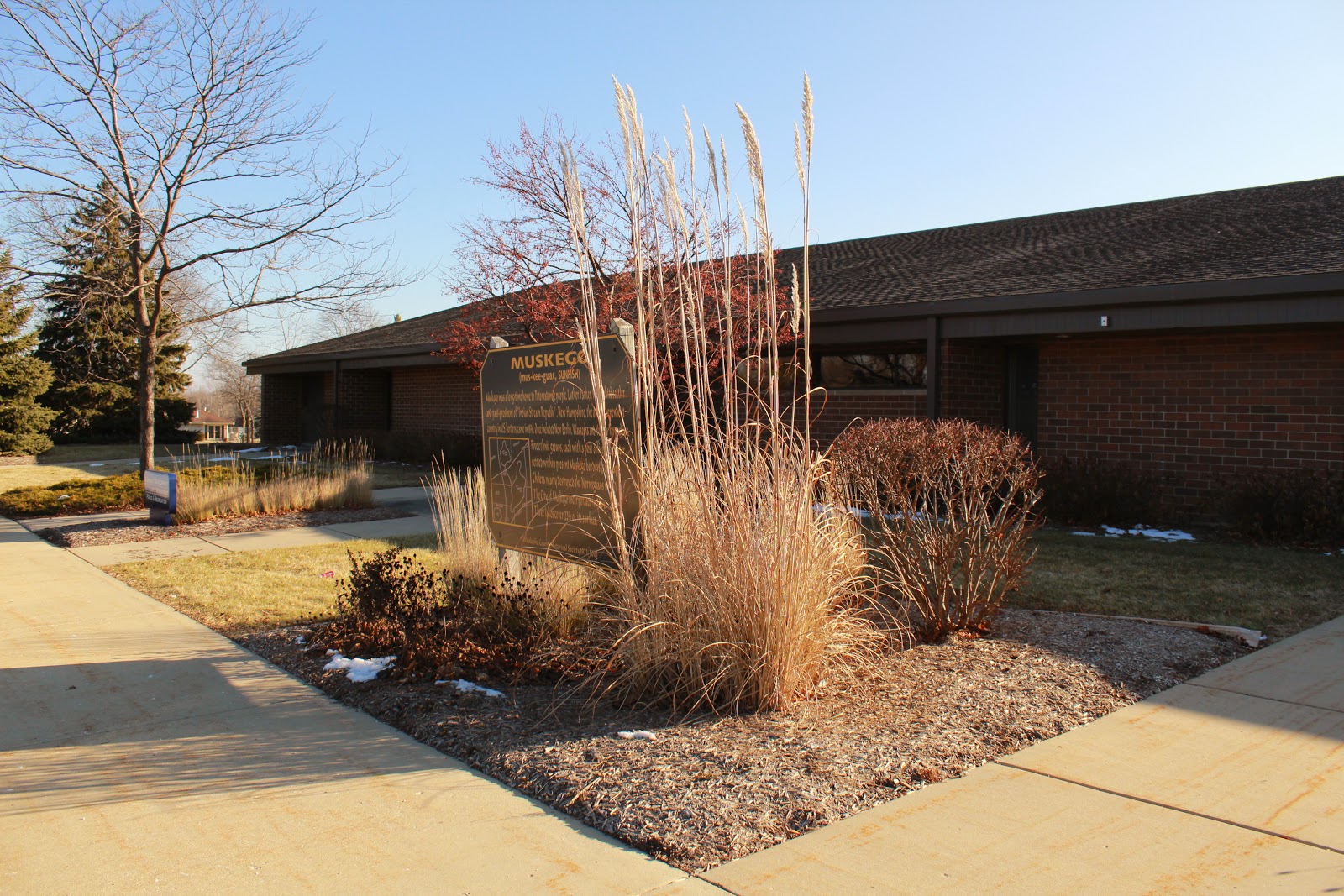 Photographed December 11, 2014
The marker is easy to find, but difficult to photograph
with the sun directly behind it. 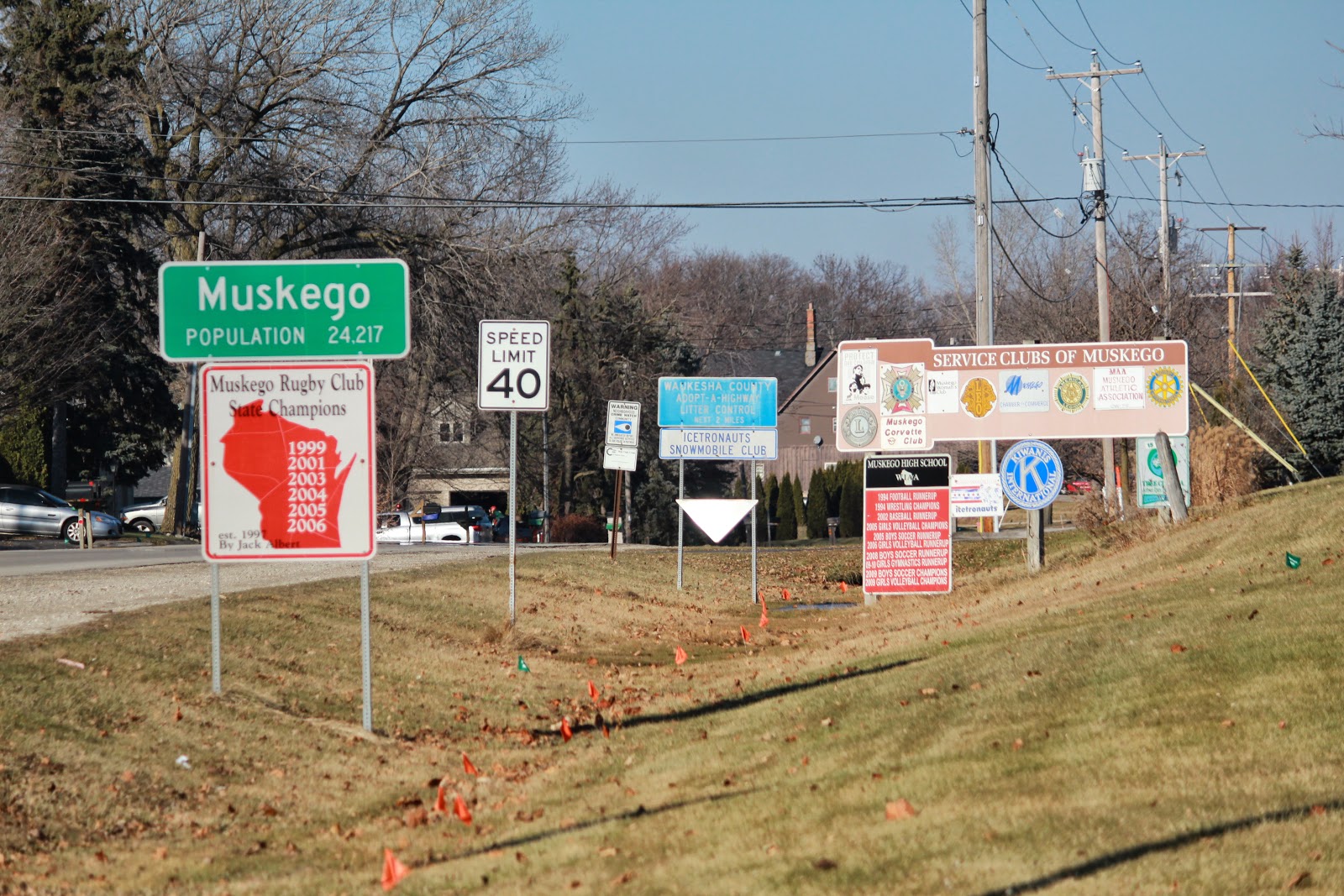 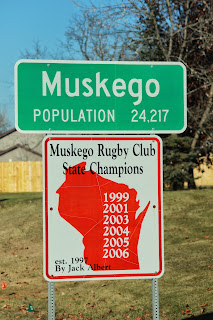 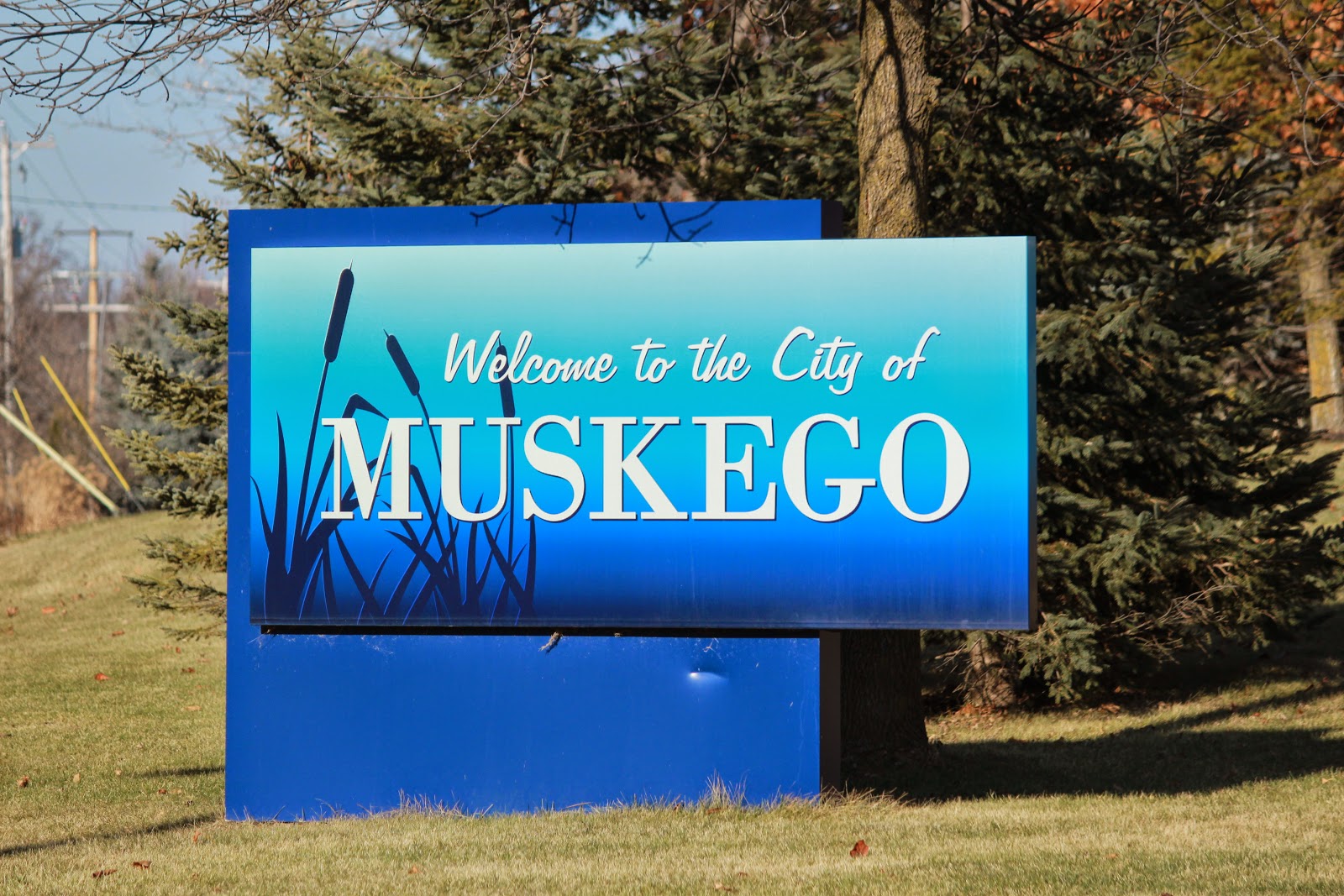