Mukwonago -- The Place of the Bear 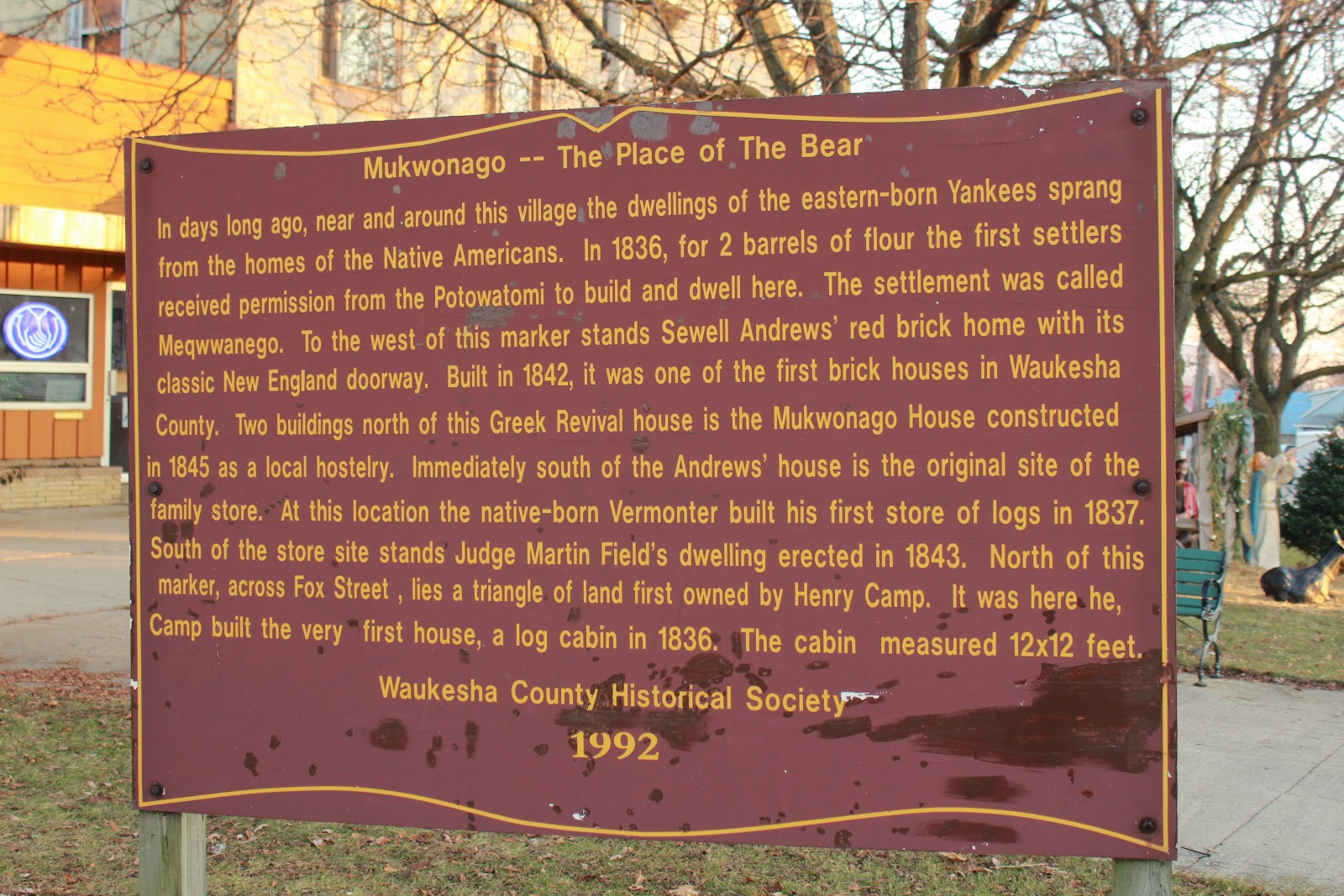 Muckwonago -- The Place of The Bear

In days long ago, near and around this village the dwellings of the eastern-born Yankees sprang from the homes of the Native Americans. In 1836, for 2 barrels of flour the first settlers received permission from the Potowatomi to build and dwell here. The settlement was called Meqwwanego. To the west of this marker stands Sewell Andrews’ red brick home with its classic New England doorway. Built in 1842, it was one of the first brick houses in Waukesha County. Two buildings north of this Greek Revival house is the Mukwonago House constructed in 1845 as a local hostelry. Immediately south of Andrews’ house is the original site of the family store. At this location the native-born Vermonter built his first store of logs in 1837. South of the store site stands Judge Martin Field’s dwelling erected in 1843. North of this marker, across Fox Street, lies a triangle of land first owned by Henry Camp. It was here he, Camp built the very first house, a log cabin in 1836. The cabin measured 12x12 feet.

The marker is No. 18-02 in a series of historical markers erected by the Waukesha County Historical Society. 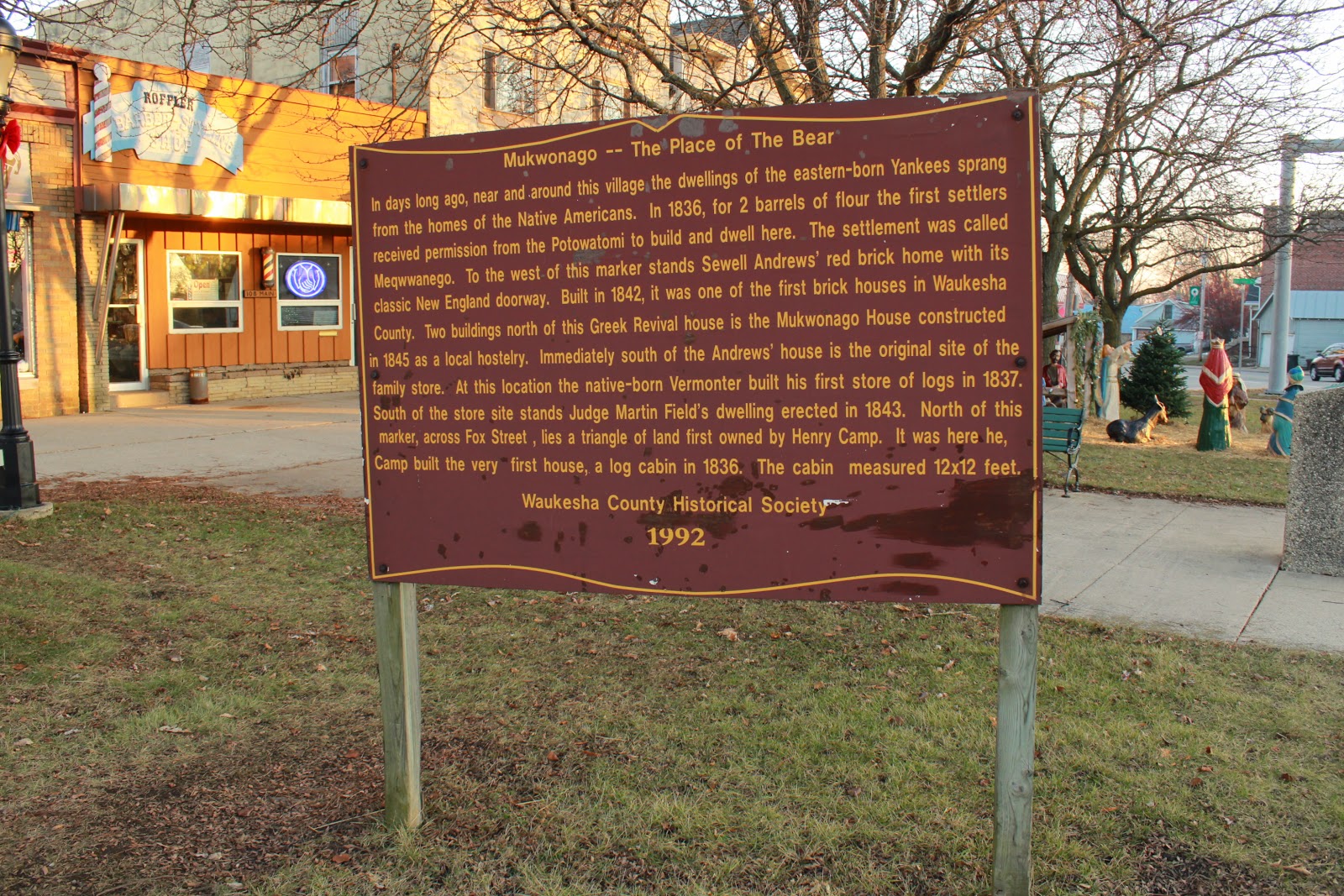 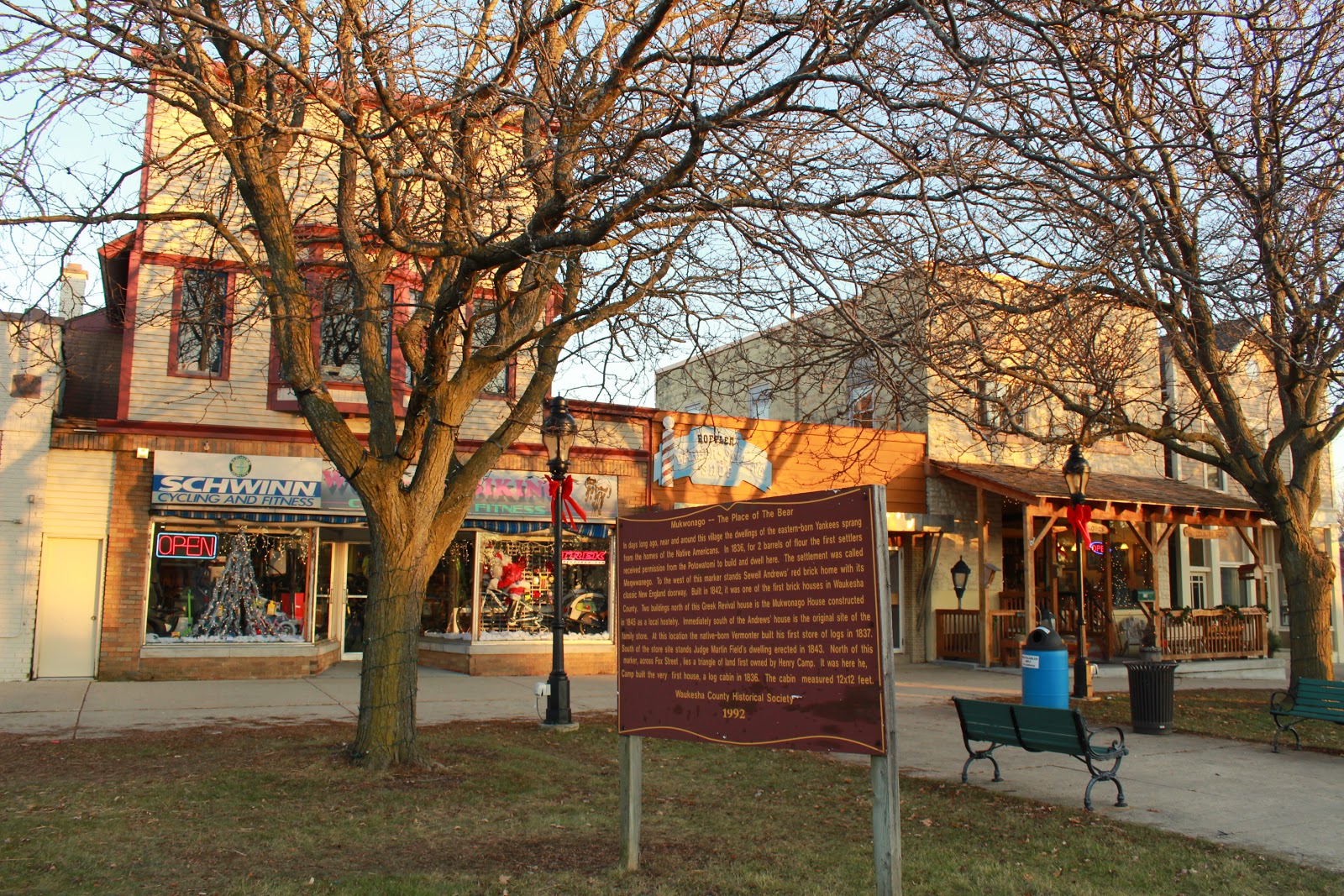 The marker is in a small park surrounded by several historic buildings. 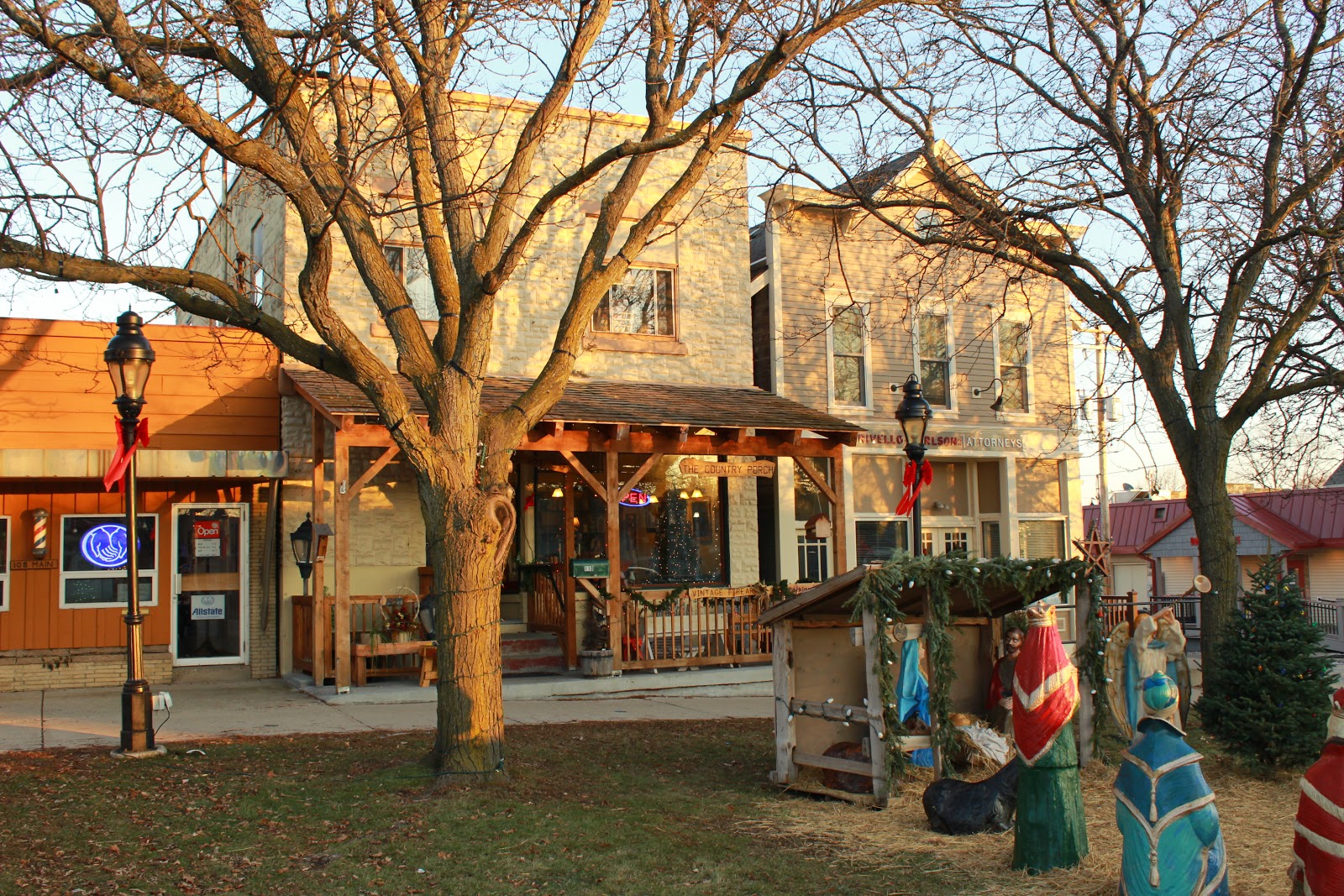 Some of the historic buildings near the marker.