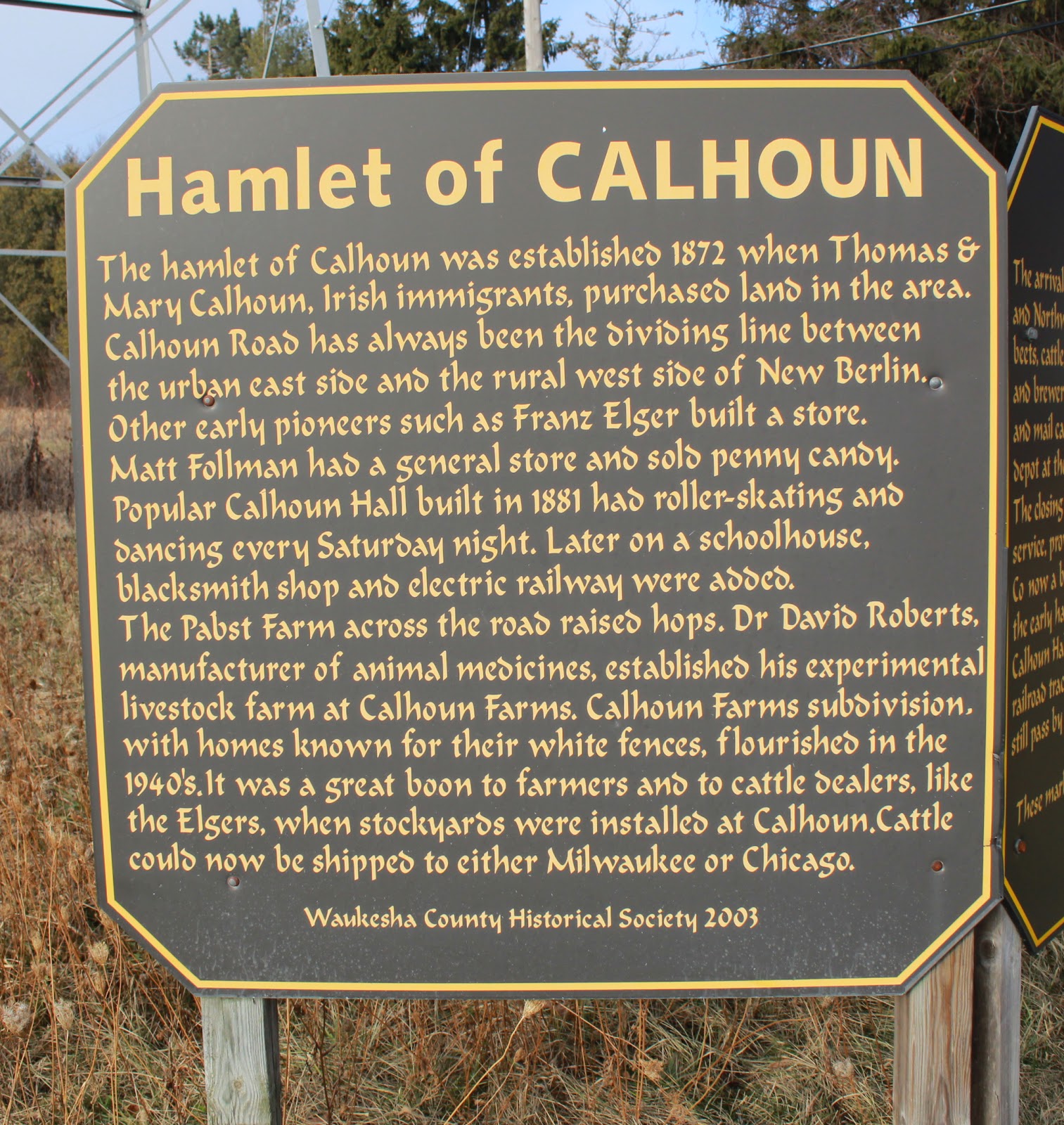 The hamlet of Calhoun was established 1872 when Thomas & Mary Calhoun, Irish immigrants, purchased land in the area. Calhoun Road has always been the dividing line between the urban east side and the rural west side of New Berlin. Other early pioneers such as Franz Elger built a store. Matt Follman had a general store and sold penny candy. Popular Calhoun Hall built in 1881 had roller-skating and dancing every Saturday night. Later on a schoolhouse, blacksmith shop and electric railway were added.

The Pabst Farm across the road raised hops. Dr. David Roberts, manufacturer of animal medicines, established his experimental livestock farm at Calhoun Farms. Calhoun Farms subdivision, with homes known for their white fences, flourished in the 1940’s. it was a great boon to farmers and to cattle dealers, like the Elgers, when stockyards were installed at Calhoun. Cattle could now be shipped to either Milwaukee or Chicago.

The marker is located on southbound South Calhoun Road, at its intersection with the New Berlin Trail, between Roosevelt Avenue (to the north) and West Rogers Drive (to the south), New Berlin, Wisconsin 53146.


This marker is No. 21-01 in a series of historical markers erected by the Waukesha County Historical Society. 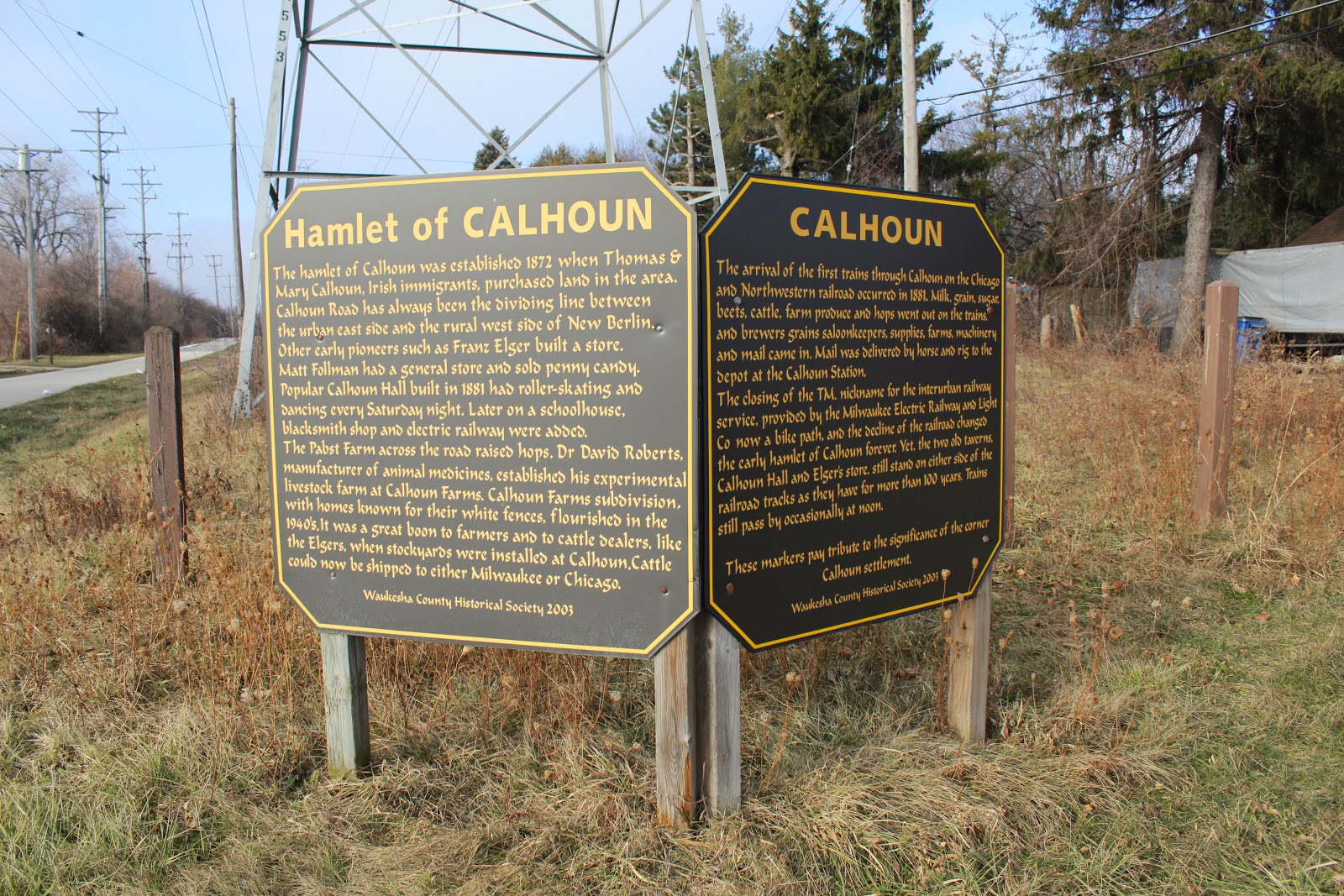 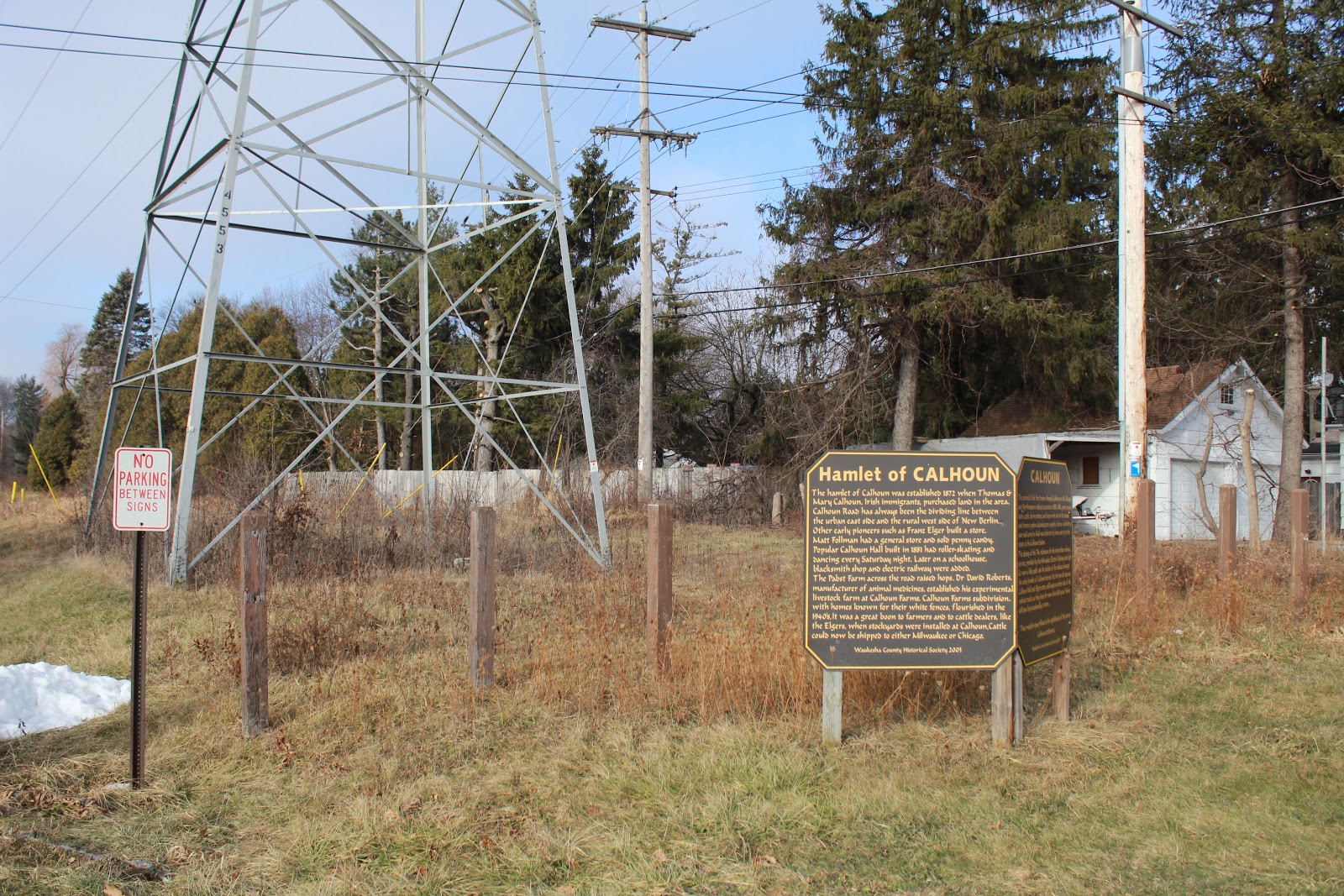 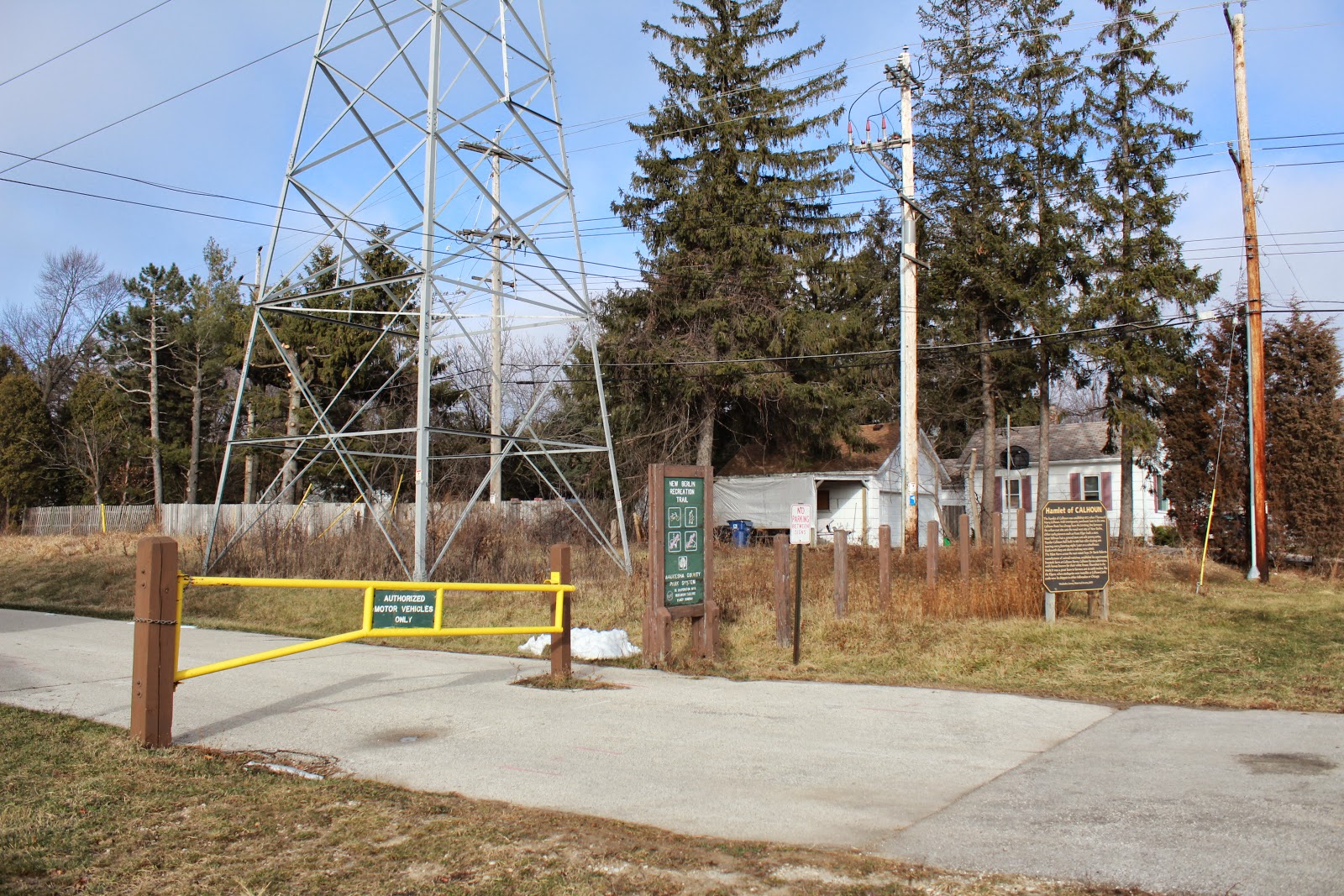 The marker is alongside the New Berlin Trail.