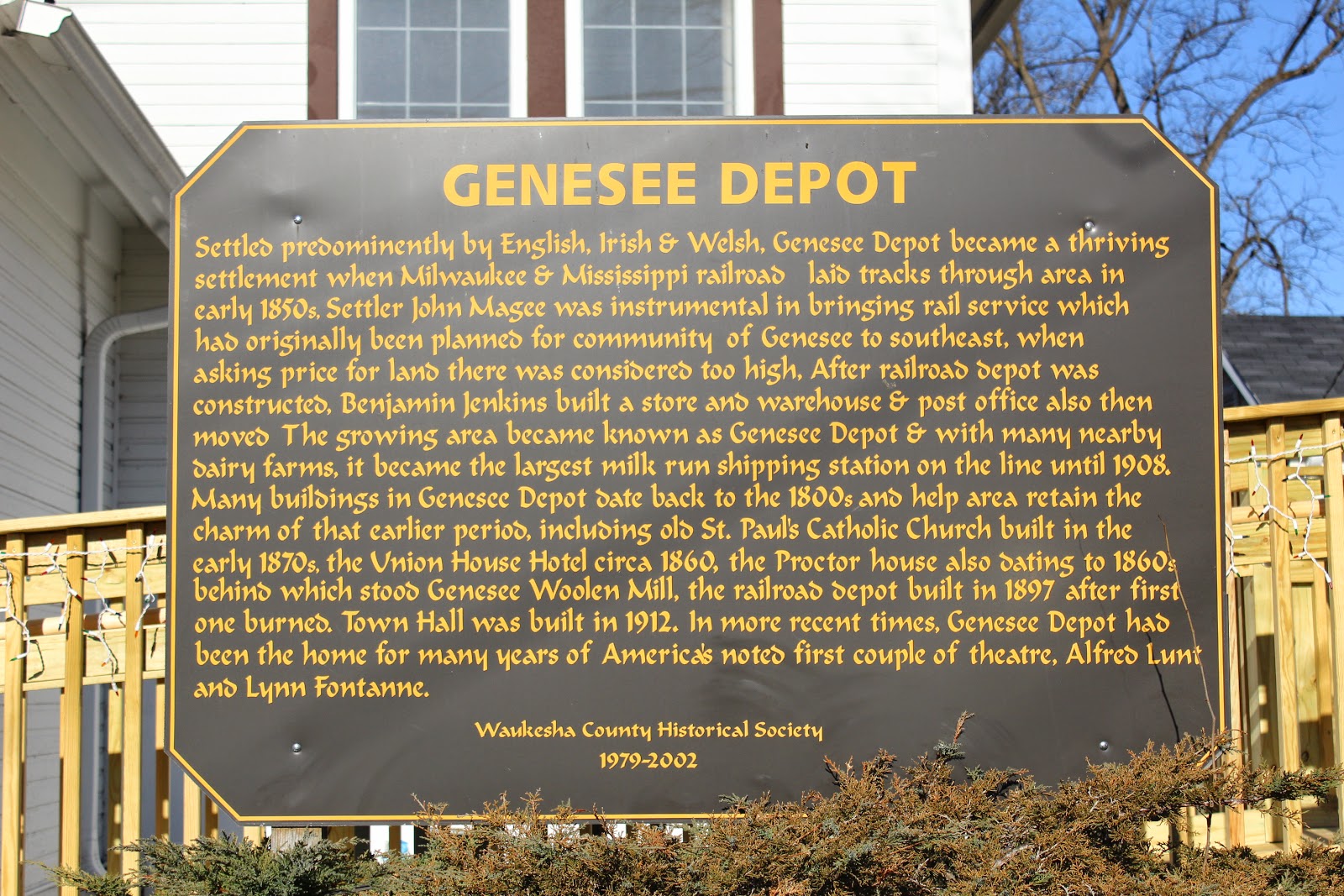 Settled predominently by English, Irish & Welsh, Genesee Depot became a thriving settlement when Milwaukee & Mississippi railroad laid tracks through area in early 1850s. Settler John Magee was instrumental in bringing rail service which had originally been planned for community of Genesee to southeast, when asking price for land there was considered too high. After railroad depot was constructed, Benjamin Jenkins built a store and warehouse & post office also then moved. The growing area became known as Genesee Depot & with many nearby dairy farms, it became the largest milk run shipping station on the line until 1908. Many buildings in Genesee Depot date back to the 1800s and help area retain the charm of that earlier period, including old St. Paul's Catholic Church built in the early 1870s, the Union House Hotel circa 1860, the Proctor house also dating to 1860s behind which stood Genesee Woolen Mill, the railroad depot built in 1897 after first one burned. Town Hall was built in 1912. In more recent times, Genesee Depot had been the home for many years of America's noted first couple of theatre, Alfred Lunt and Lynn Fontanne.

History of Genesee (includes Genesee Depot and other surrounding communities)

This marker is No. 09-01 in a series of historical markers erected by the Waukesha County Historical Society. 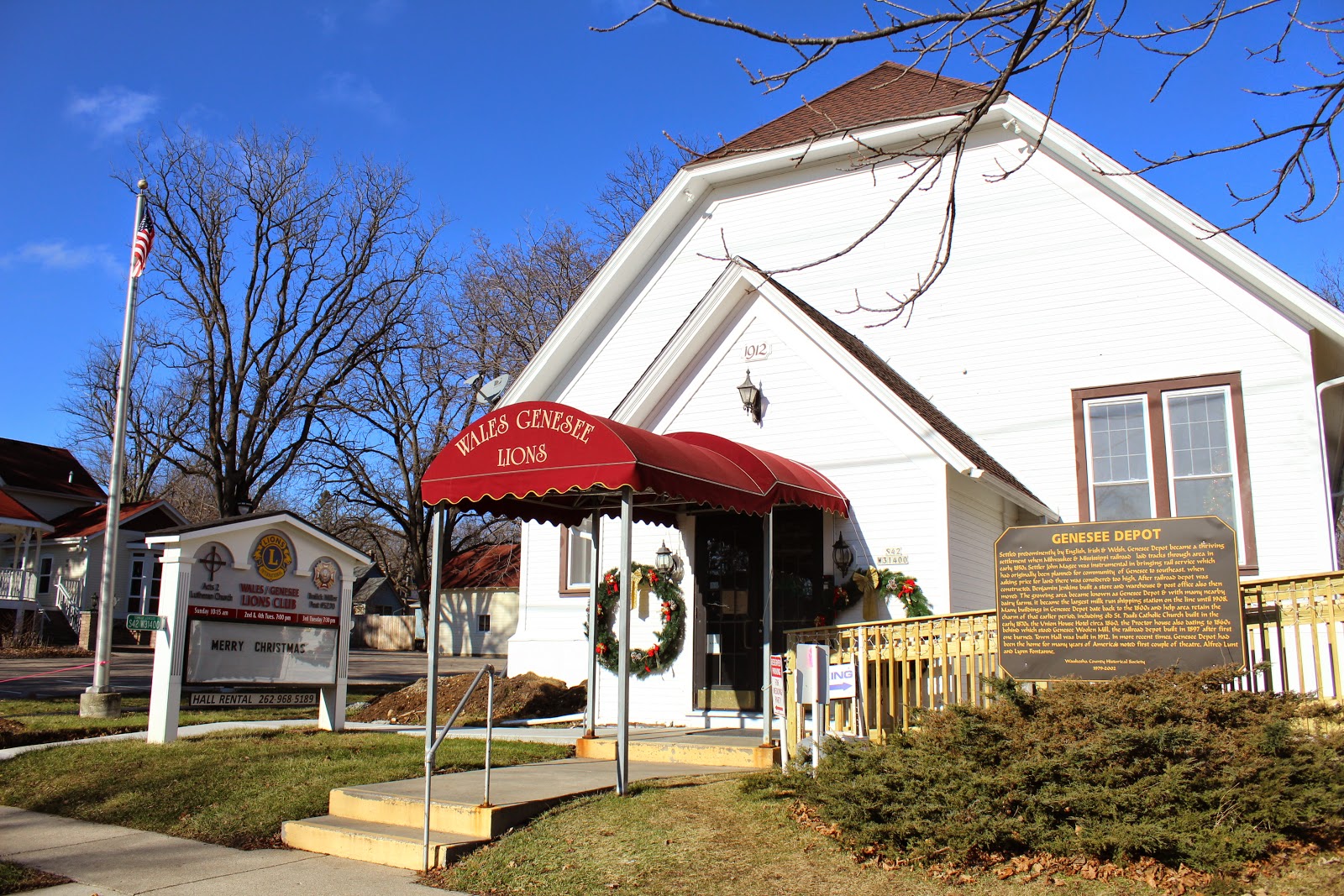 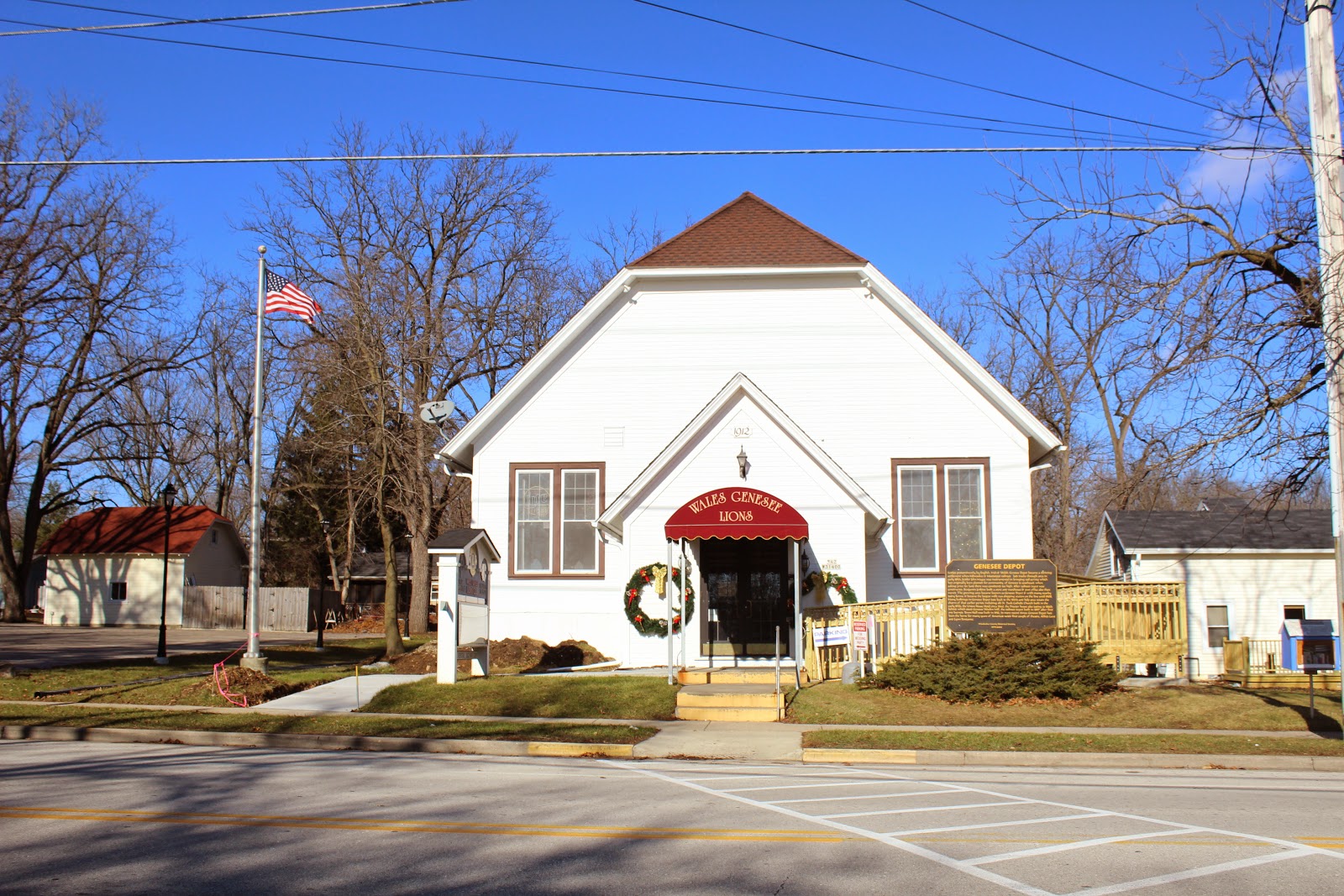 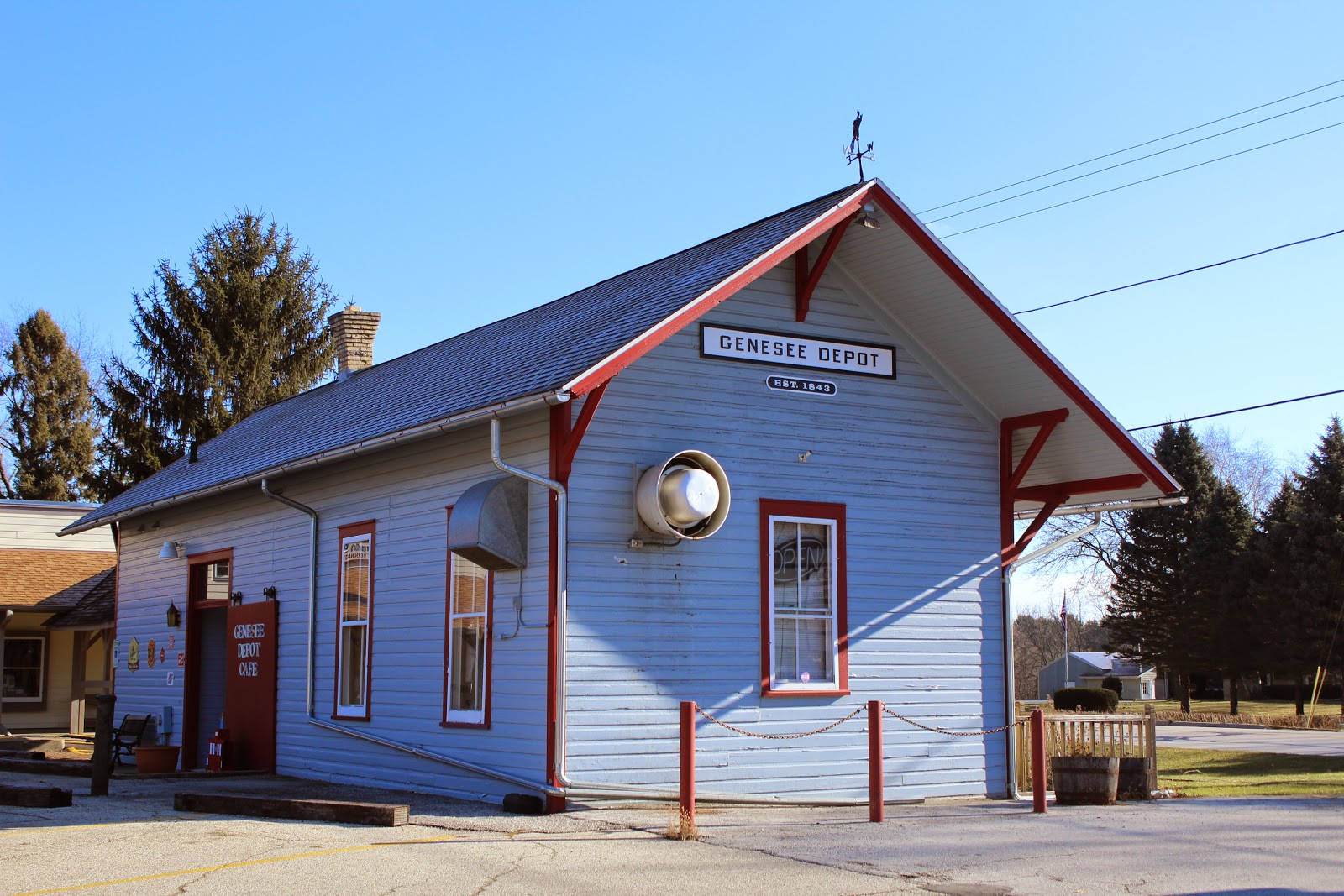 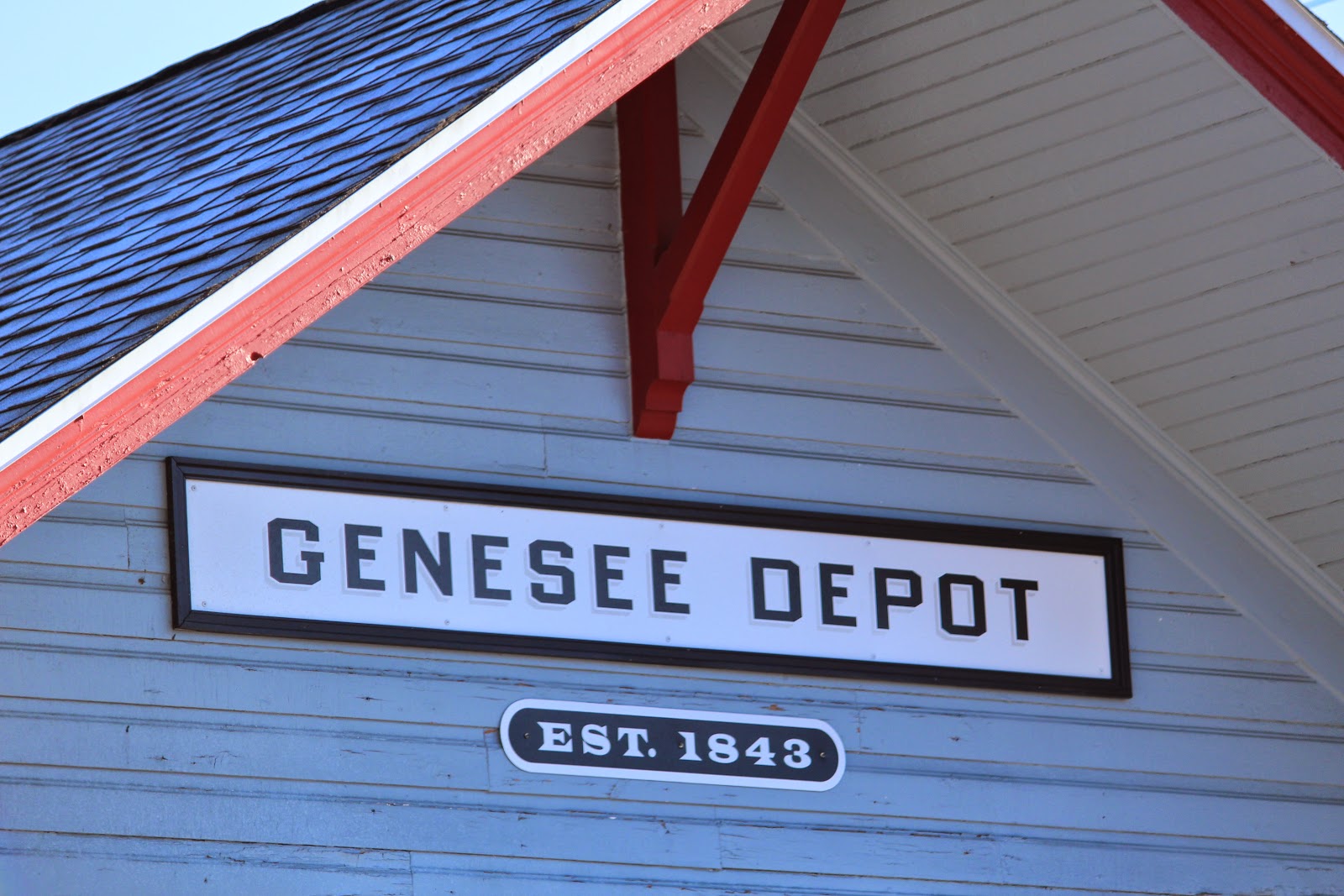 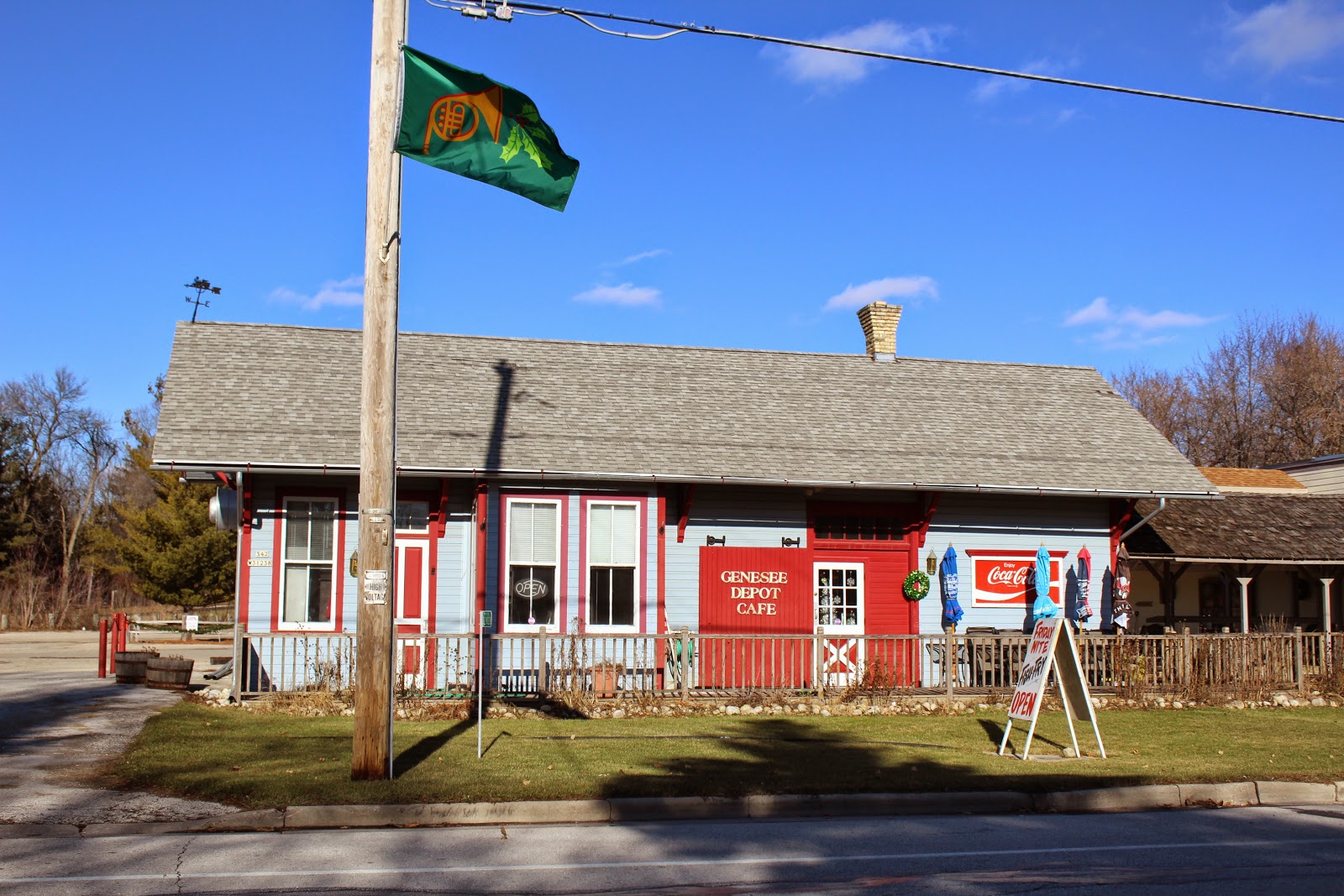 The building is today home to the Genesee Depot Cafe. 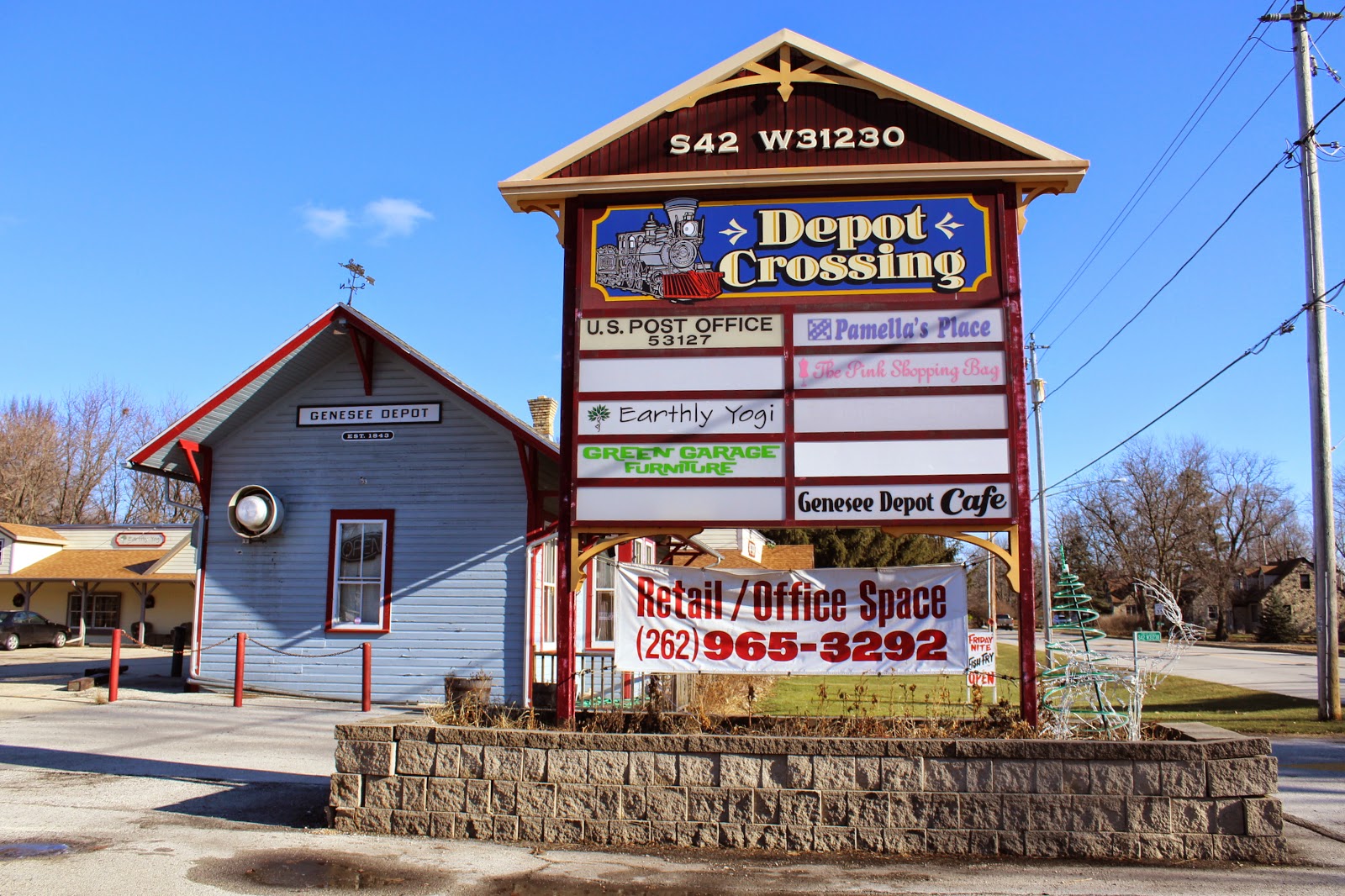