The William Schwartz Farm was established on May 15, 1844 on this location. It covered 527 acres from Coffee Road to Beeheim and from the Western boundary of the current City of New Berlin to Swartz Road. The farm passed to Peter M. Swartz. In 1882 he planted the first alfalfa plants in Wisconsin.

In 1906 Peter C., Lewis M., and Jason S., sons of Peter M. Swartz, became managers of the farms. They grew corn, alfalfa, and small purebred grains. By 1913 the Swartz Bros. were the most exclusive alfalfa growers in Wisconsin and considered authorities on the culture of alfalfa plants. In 1925 they set out their first apple trees. By 1938 they were harvesting 10,000 bushels of apples on 100 acres. Swartz apples were shipped across the United States. In 1926 they acquired their first breeding stock of Karakul sheep (Asiatic sheep). They won international awards for the finest Persian lamb wool. Swartz Bros. called their grazing sheep “power lawnmowers that manufactured wool out of grass”. The Swartz Bros. were known internationally as producers of “The Three A’s: Alfalfa, Apples and Asiatic Sheep.” They named their farm “Cornfalfa” Farms and hold a United States copyright of the title dated August 27, 1912. In 1940 “Cornfalfa” Farms was the largest family owned and operated farm in New Berlin after starting with 80 acres, one cow and a small log house. The property is now part of the Waukesha County Parks System. Peter L. Swartz donated many farm artifacts and records to the New Berlin Historical Society.

The marker is No. 21-03 in a series of historical markers erected by the Waukesha County Historical Society. 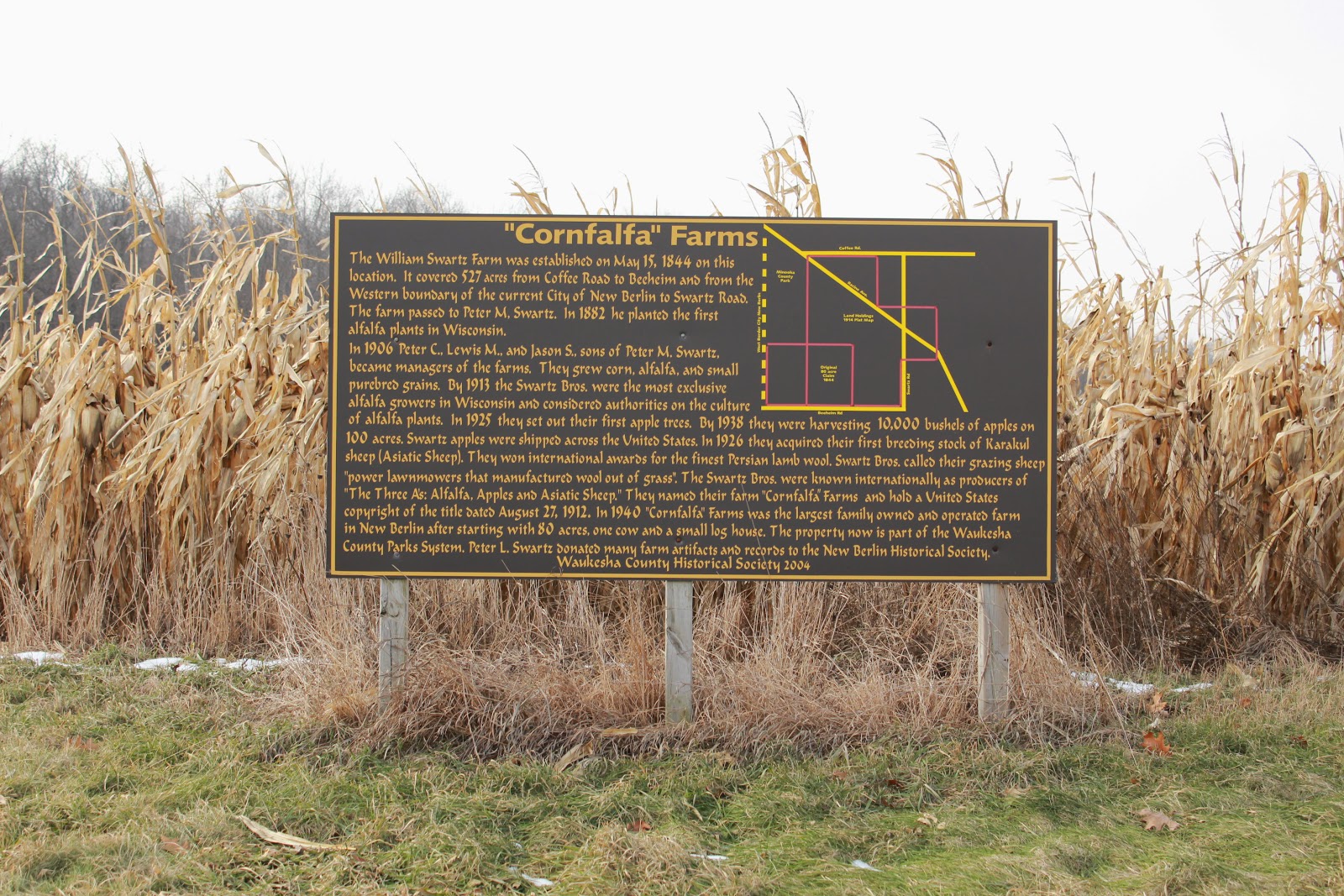 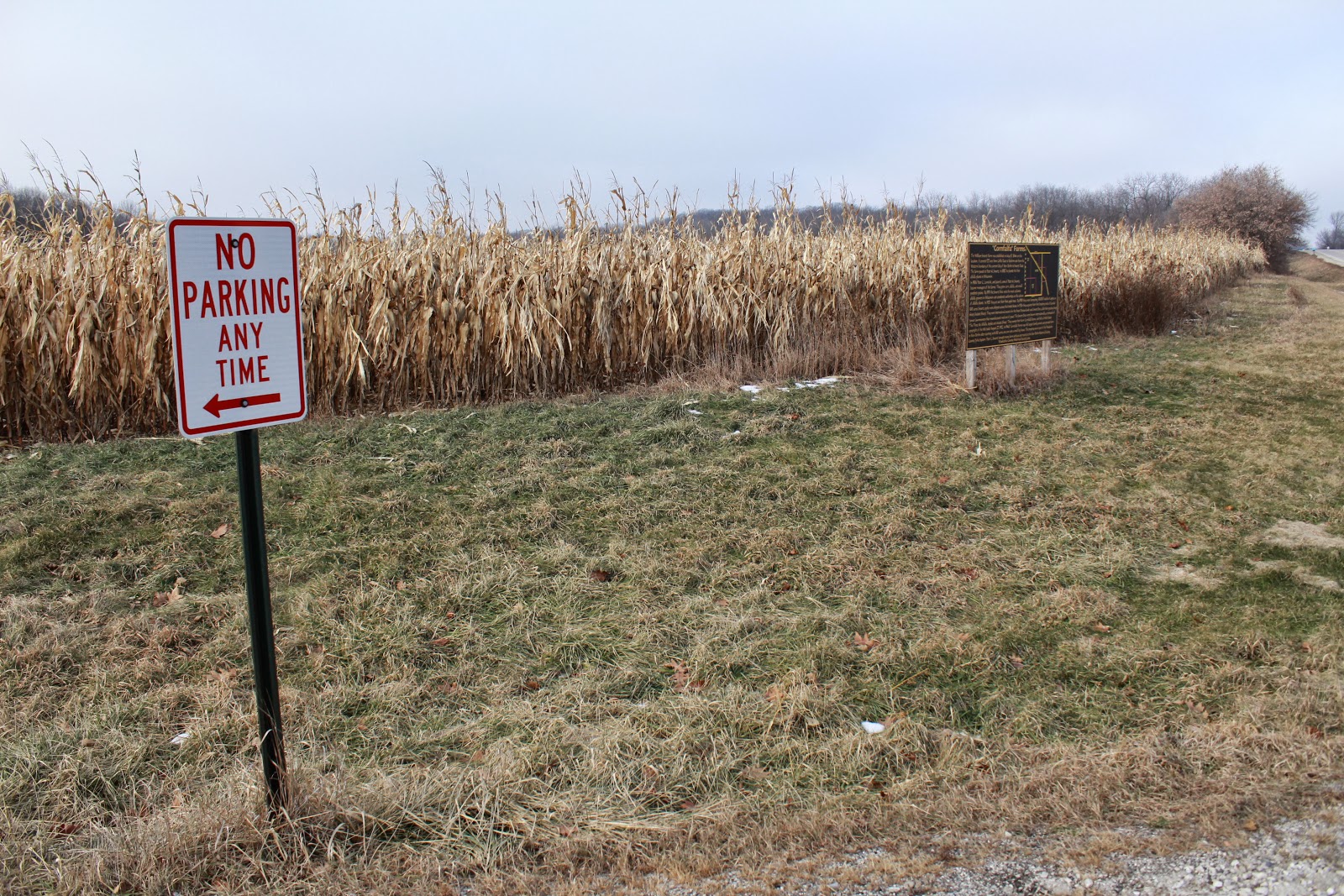 Parking is not permitted on southbound South Schwartz Road. 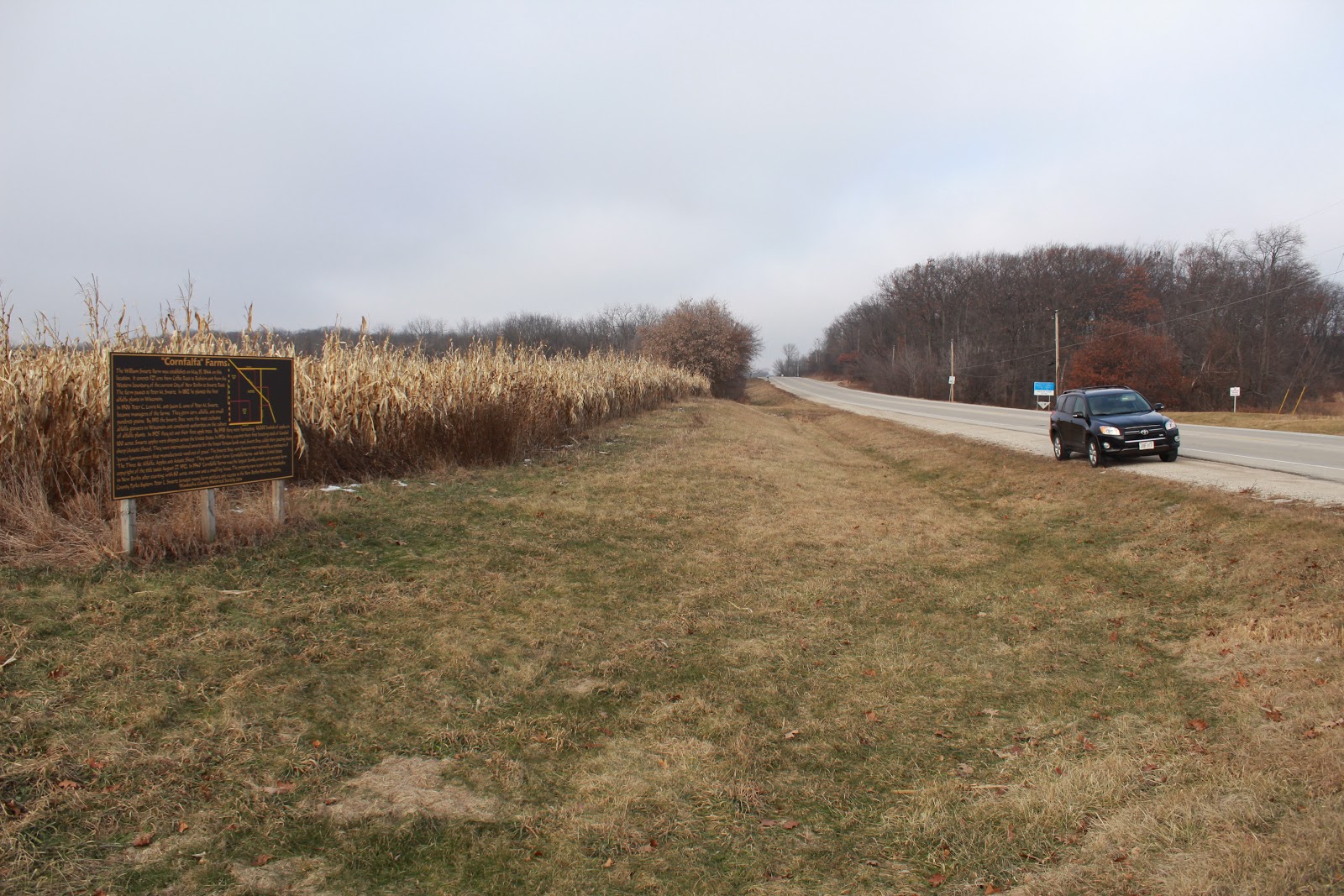 There is plenty of parking on eastbound South Racine Avenue.