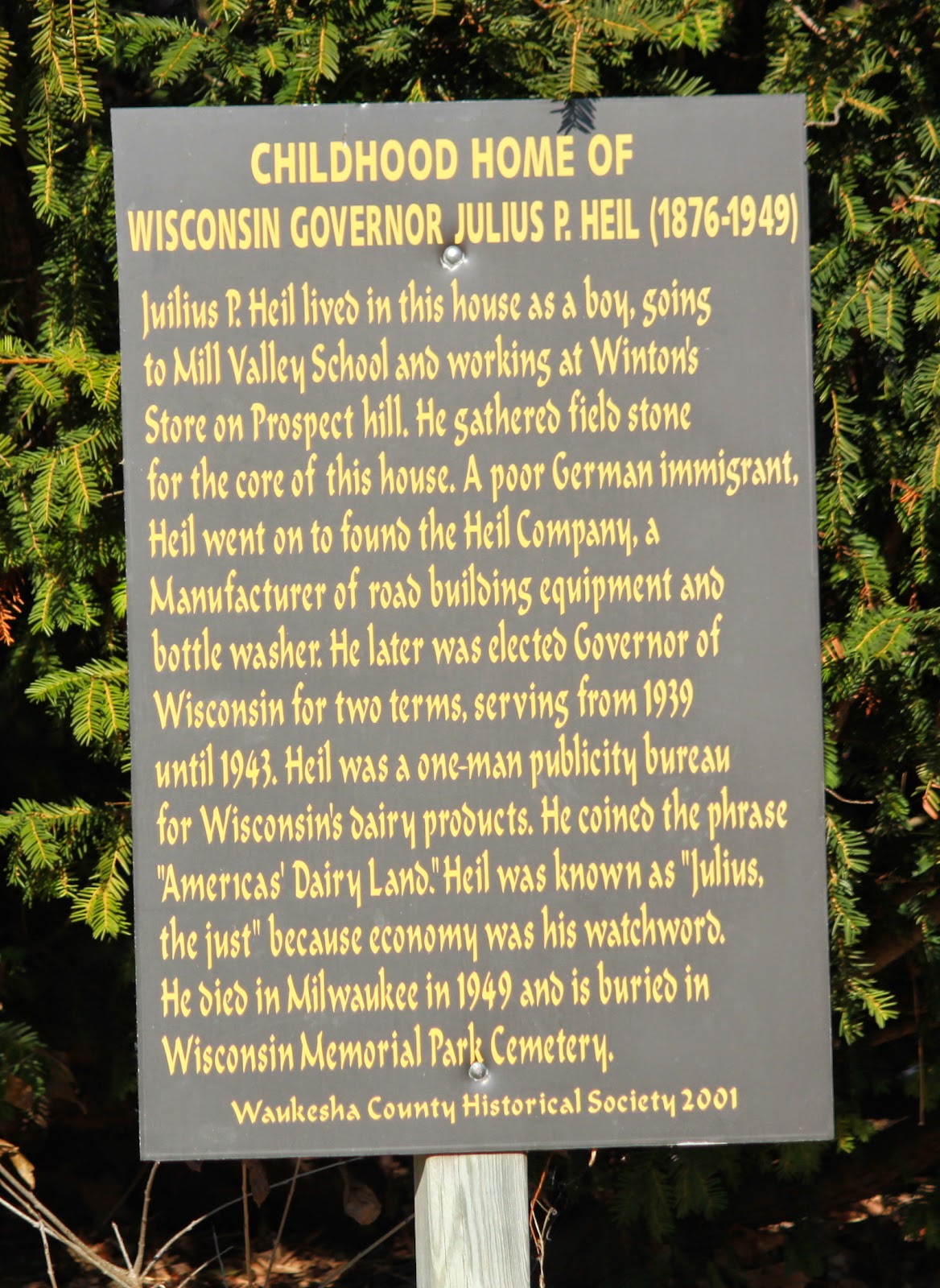 Julius P. Heil lived in this house as a boy, going to Mill Valley School and working at Winton's Store on Prospect hill. He gathered field stone for the core of this house. A poor German immigrant, Heil went on to found the Heil Company, a Manufacturer of road building equipment and bottle washer. He later was elected Governor of Wisconsin for two terms, serving from 1939 until 1943. Heil was a one-man publicity bureau for Wisconsin's dairy products. He coined the phrase “Americas' Dairy Land”. Heil was known as “Julius, the just” because economy was his watchword. He died in Milwaukee in 1949 and is buried in Wisconsin Memorial Park Cemetery.

Wikipedia: Julius P. Heil
Governor Heil was on the cover of Time Magazine on January 16, 1939; the article was entitled, "WISCONSIN: Heil Heil".


The marker is No. 21-05 in a series of historical markers erected by the Waukesha County Historical Society. 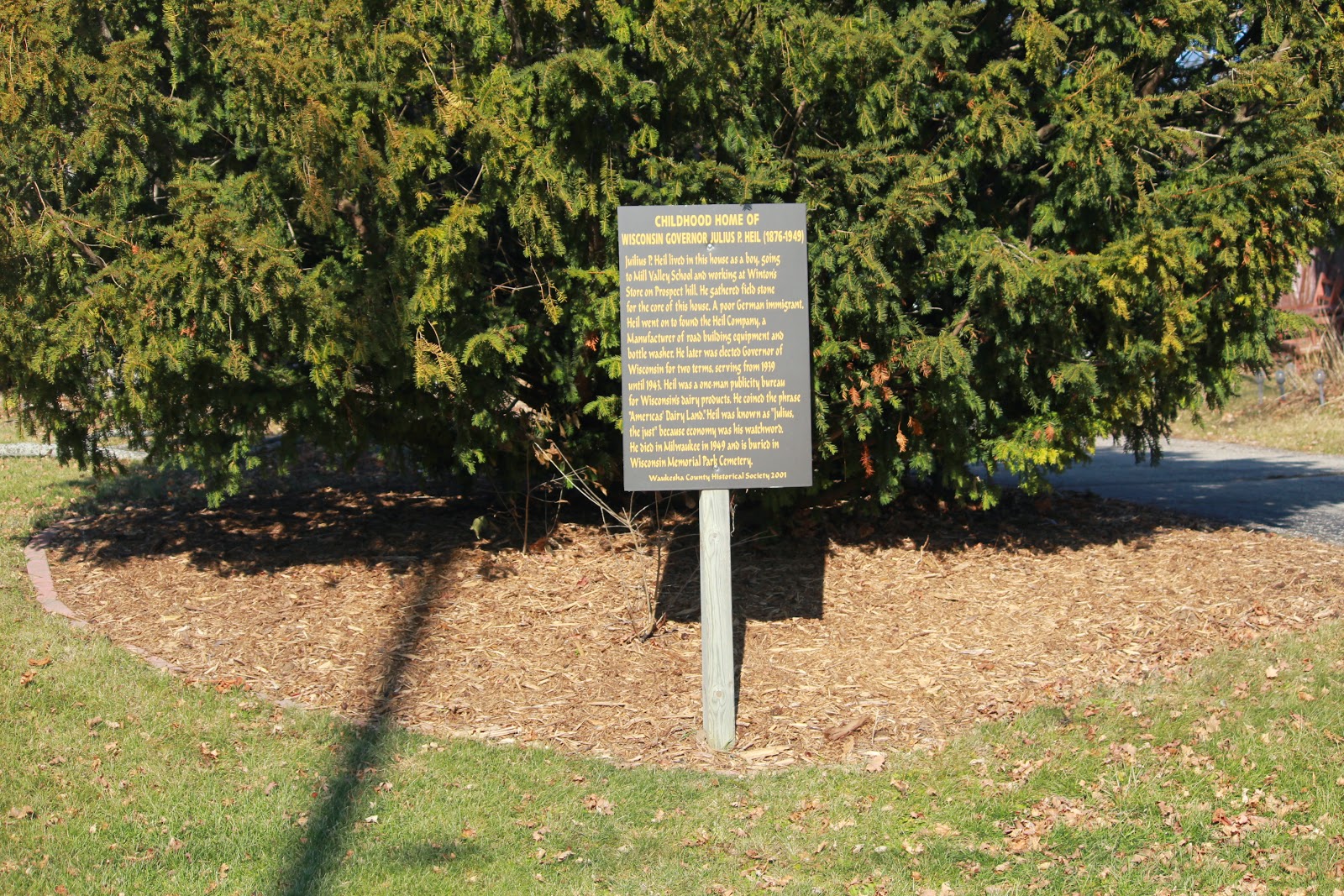 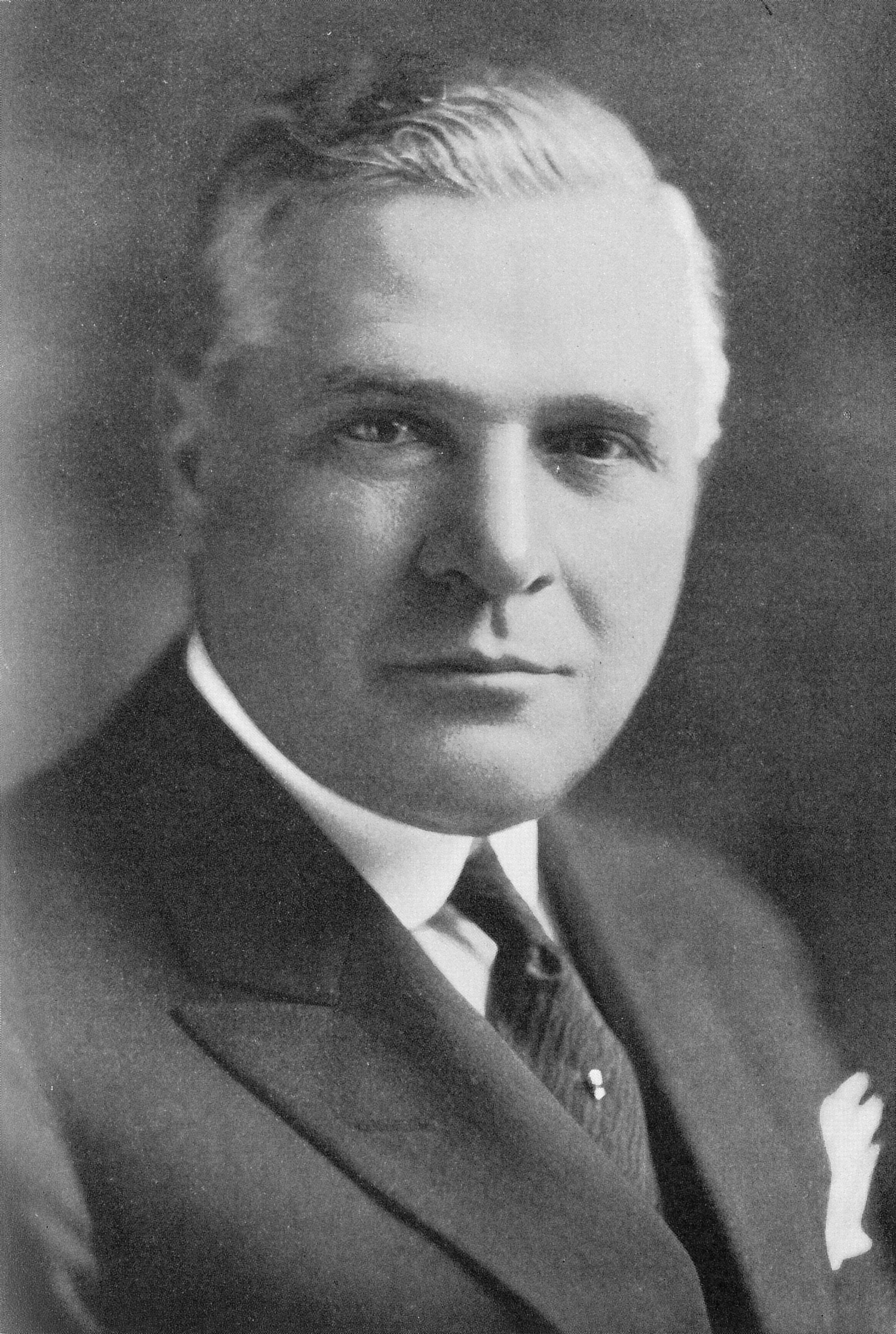 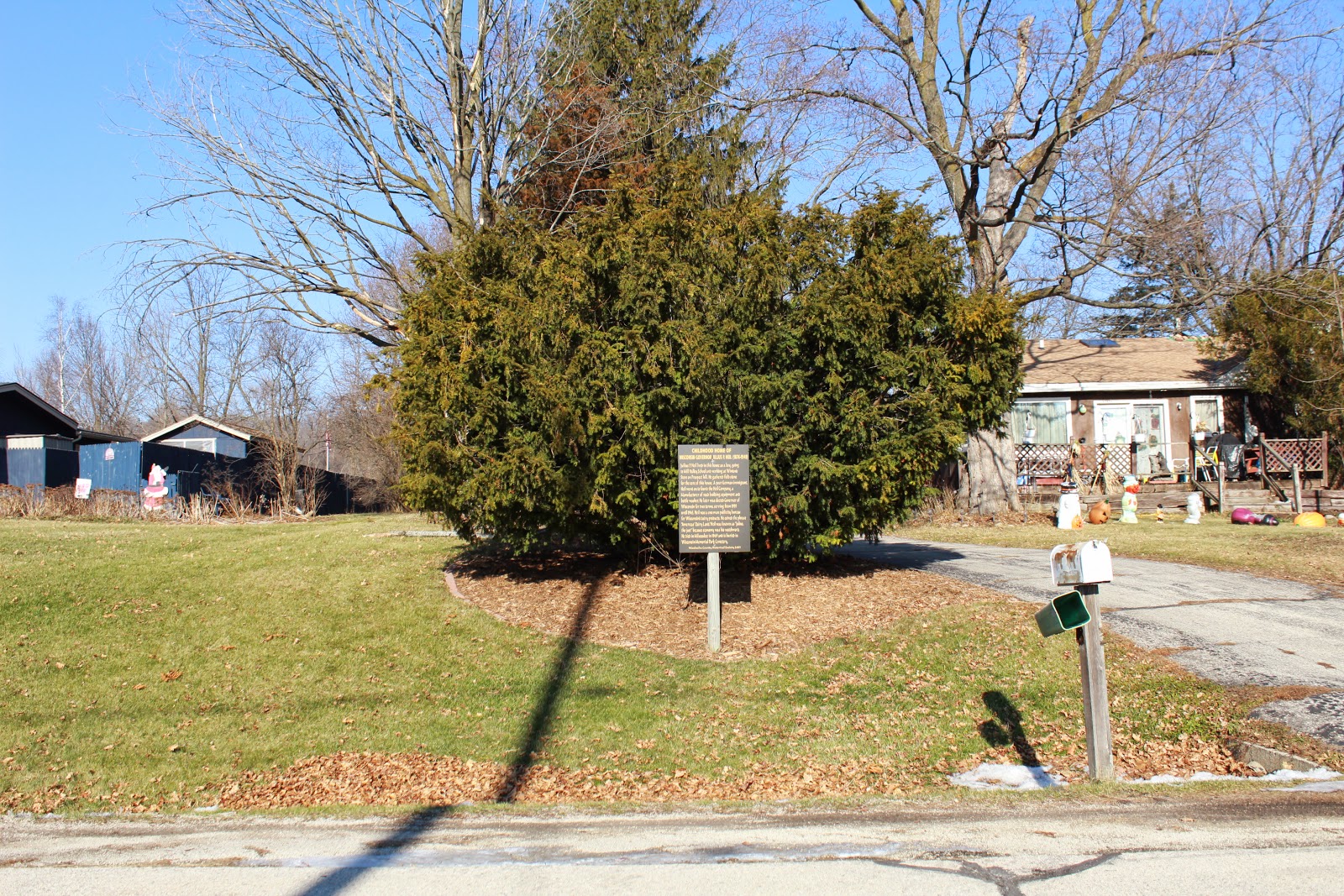 The Governor's former home, to the right,
is in such shambles I did not photograph it.