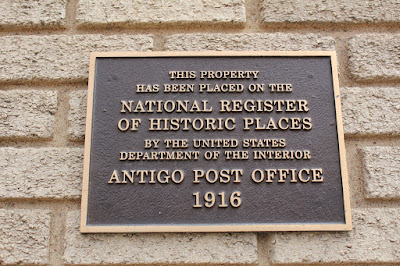 The property is located at the intersection of northbound Clemont Street and westbound 6th Avenue, at 501 Clermont Avenue, Antigo, Wisconsin 54409.

The building is an example of the neoclassical style. The plan is irregular with the public entrance/lobby on the Clermont Street face. The elevation is organized symmetrically about the entry door. The central portion of the building is two stories high, with lower, single story wings on either side. The building is constructed of tan brick on a limestone base. The two story section is highlighted by brick pilasters, almost two storeis tall with limenstone capitals supporting a denticulated cornice that extends around the perimeter of the building. The windows on the first level at this section have semicircular heads with limestone keystones. They have had storm windows added to them. The windows in the single story portions are double hung and set in a recessed brick panel with an arched head. The original rear block is slightly stepped back. It retains all architectural features of the main block including the large arched window openings and limestone cornice line. There is a newer one story brick addition to the rear with loading dock. The entry stairs are of granite and a handicap ramp has been added. It does not detract from the building. The building cornerstone notes: "Wiliam G. Mcadoo, secretary of the treasury, James A. Wetmore, acting survervising architect, 1916."

The interior has the original marble floor and wainscot. The ceiling is plaster and is vaulted. The walls are plaster and there are pilasters and capitals supporting the ceiling vaults. The wood trim is original. The building, which is in good condition, is located in the city's business/commercial district.

Architectural/engineering significance:
the building has remained largely intact and the noteworthy stonework and relief features remain. Also noteworthy is the largely intact lobby with its vaulted ceiling. The post office remains a prominent building on the edge of the downtown. The sympathetic additions to the rear do not detract from the original composition.

Historical background:
The Antigo Post Office is the first federally owned post office building in the Antigo. Built in 1916, and originally occupied in June of 1917, the post office building provided the first permanent home for postal services in the community. Prior to construction of this building, the postal service was located in the facilities rented or owned by whomever was appointed postmaster. The first postmaster was Neils Anderson, who ran the post office from his log store from 1879 to 1882. It moved to a variety of locations until 1916. The site for the building was purchased from the Antigo Canning Company in 1911. The building was constructed for $60,000.

The foregoing content used with permission of the Wisconsin Historical Society 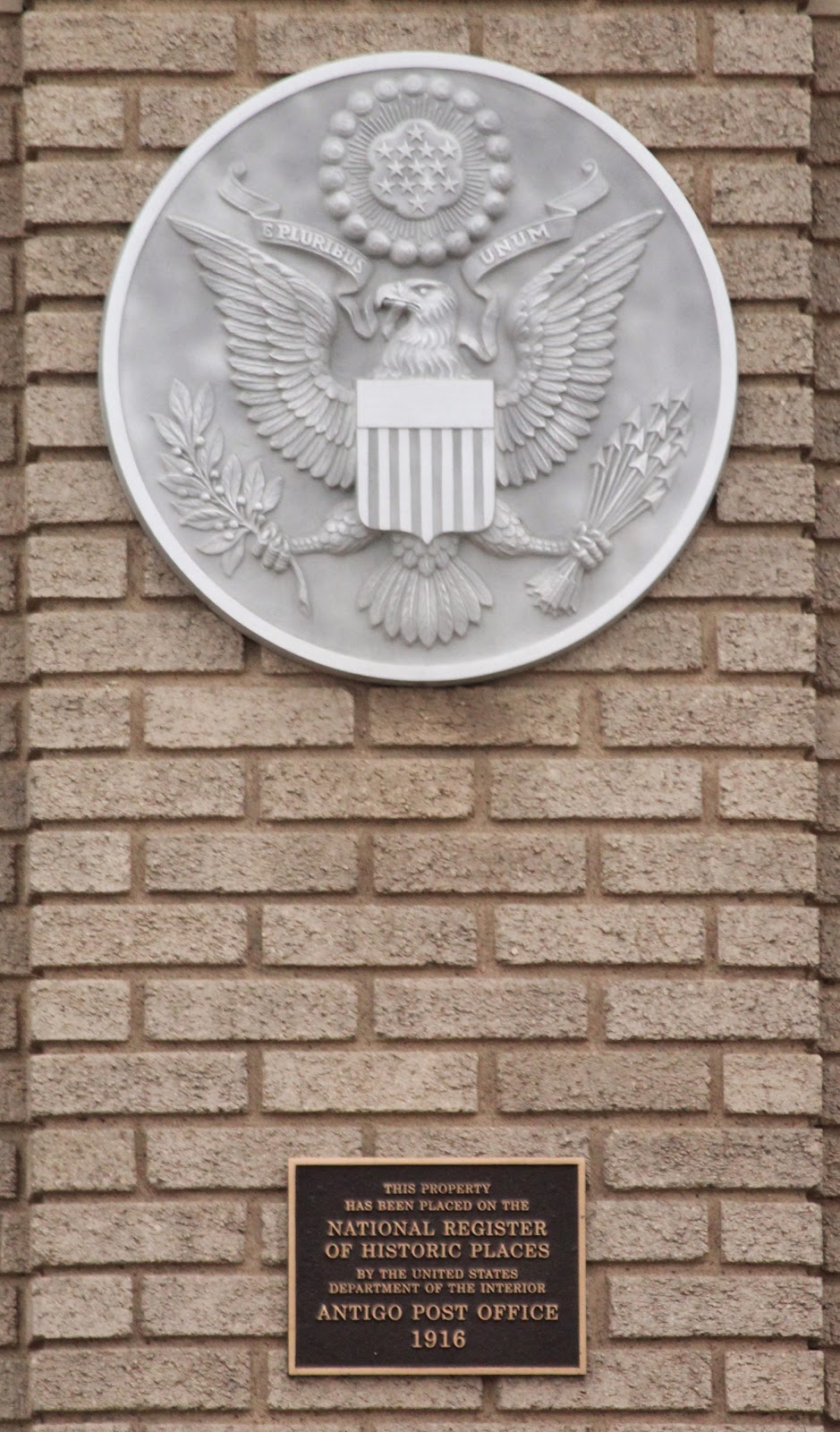 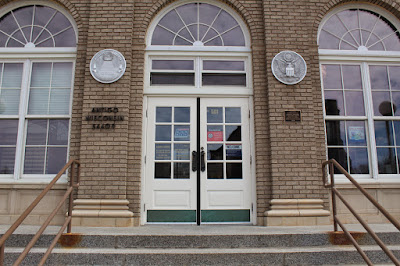 The small plaque is mounted to the facade, to the right of the entrance. 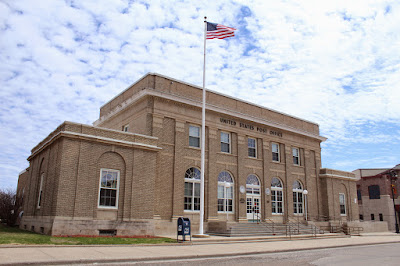 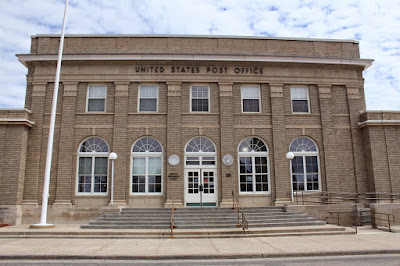 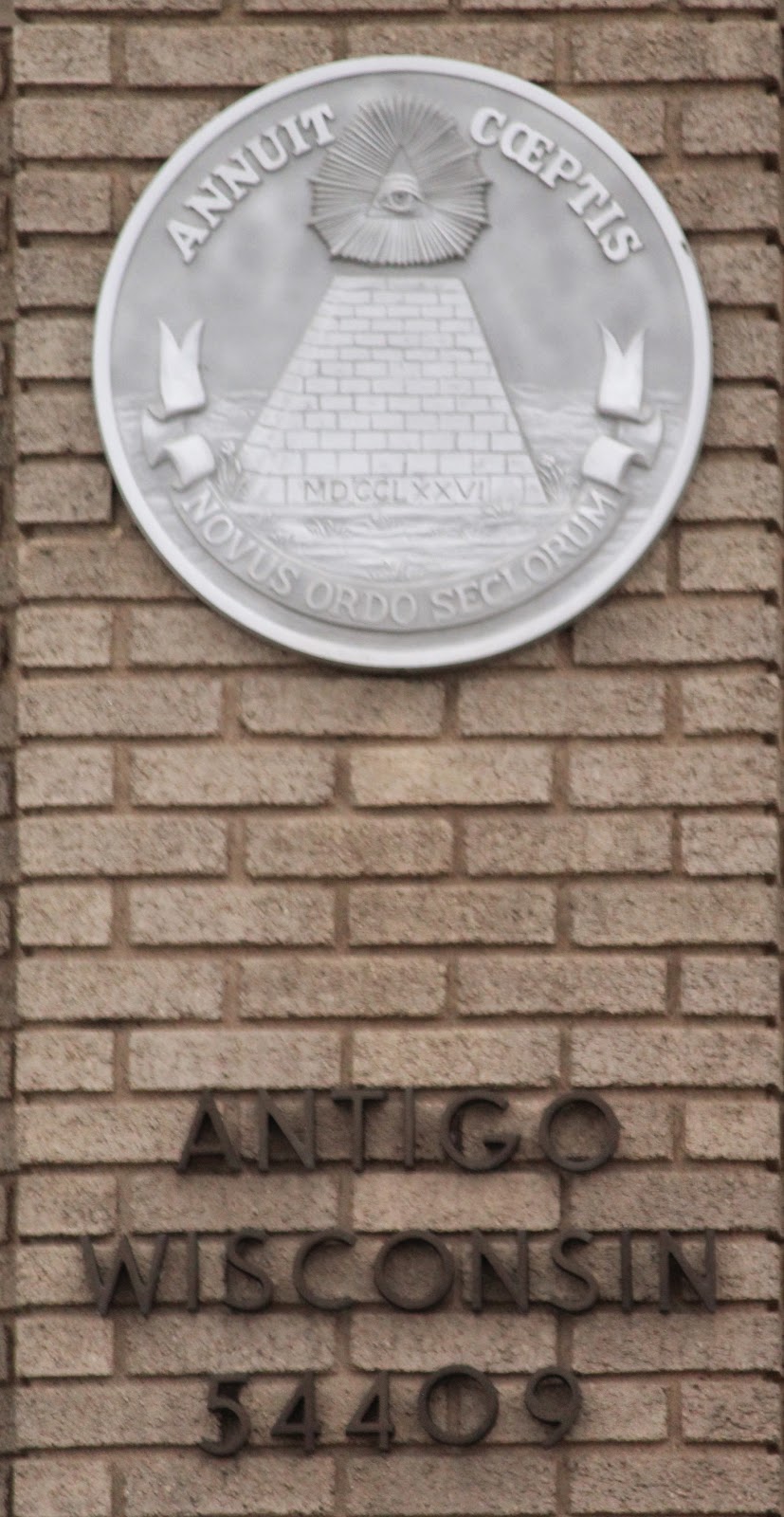 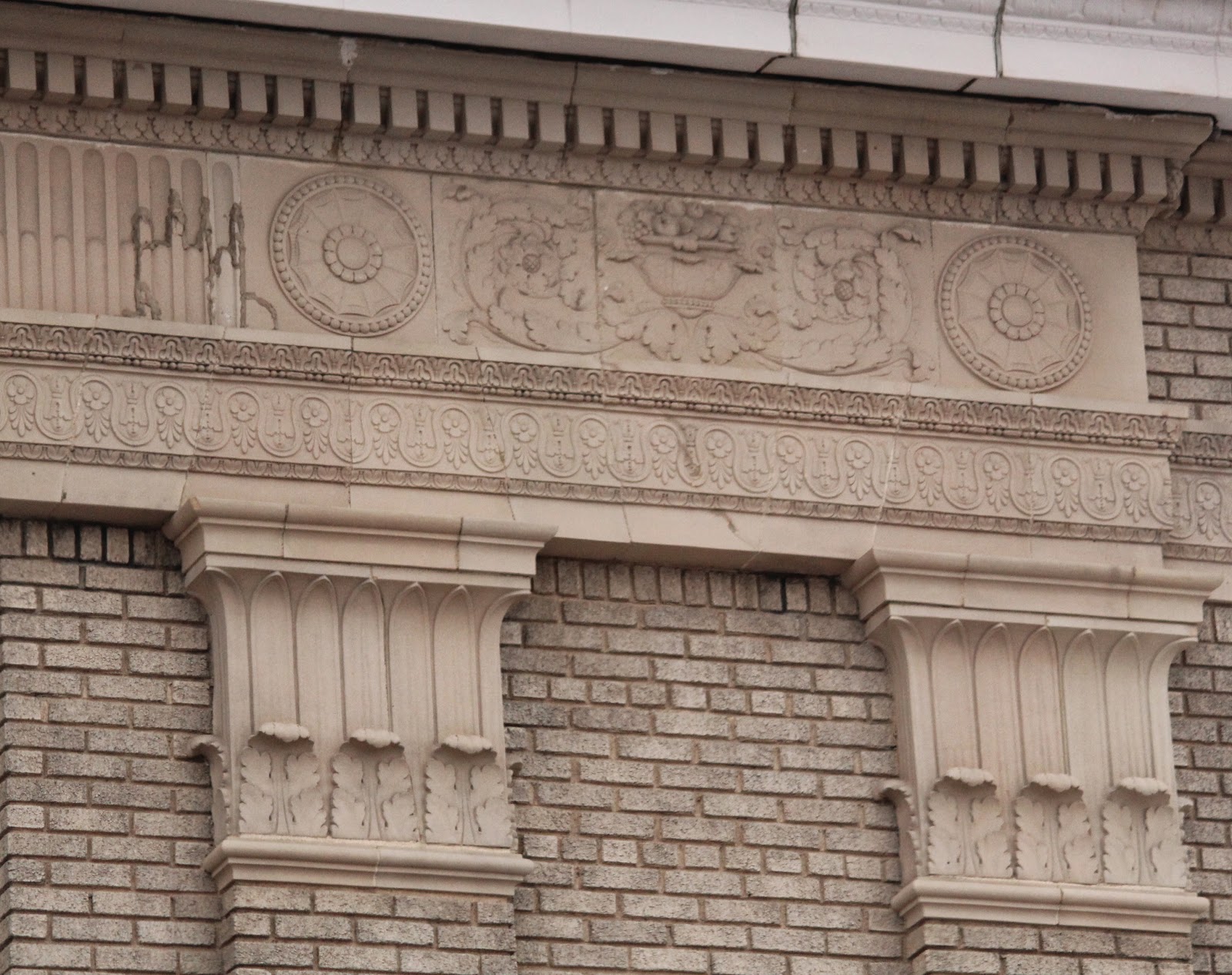 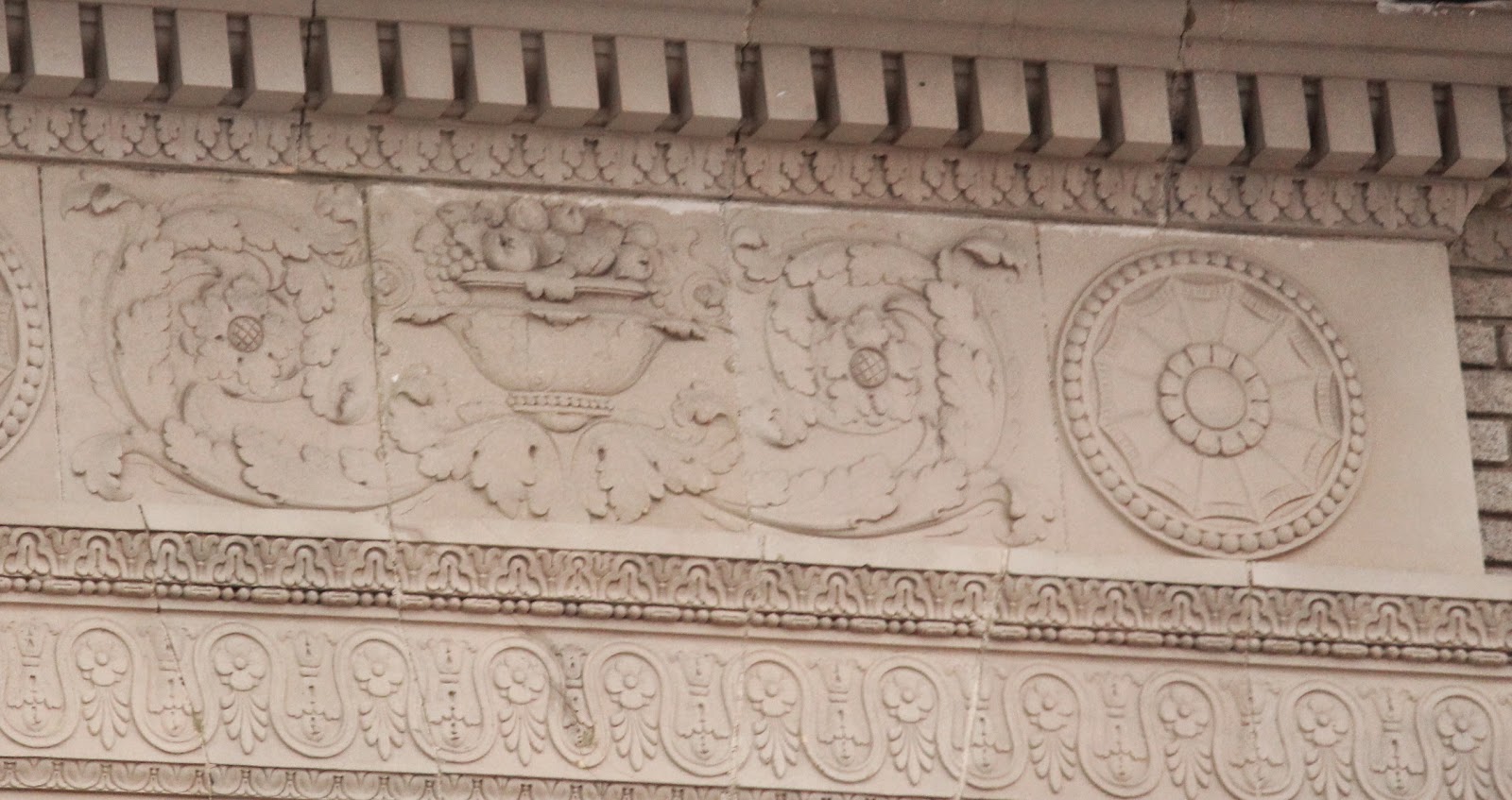