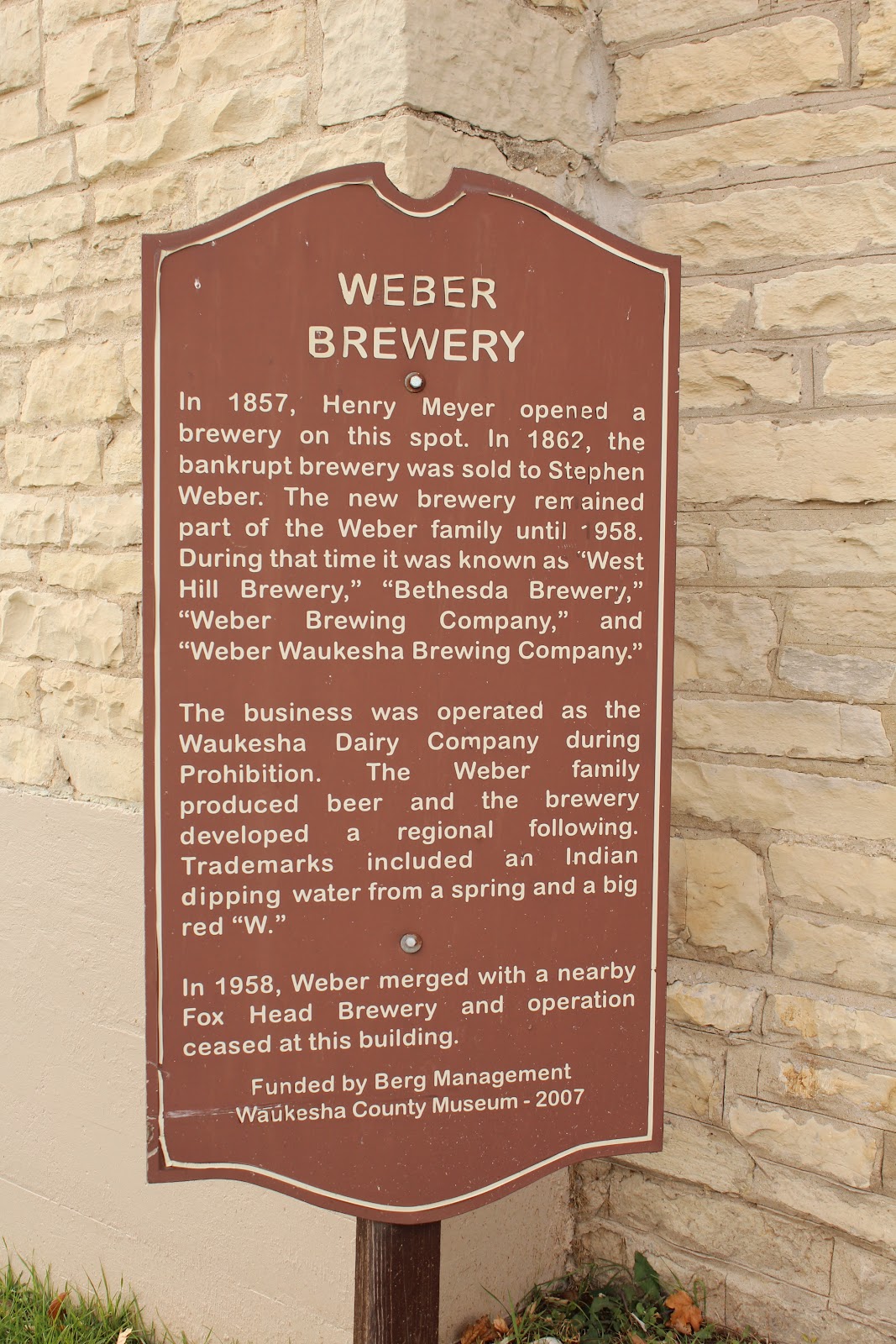 In 1857, Henry Meyer opened a brewery on this spot. In 1862, the bankrupt brewery was sold to Stephen Weber. The new brewery remained part of the Weber family until 1958. During that time it was known as “West Hill Brewery,” “Bethesda Brewery,” “Weber Brewing Company,” and “Weber Waukesha Brewing Company."

The business was operated as the Waukesha Dairy Company during Prohibition. The Weber family produced beer and the brewery developed a regional following. Trademarks included an Indian dipping water from a spring and a big red “W”.

In 1958, Weber merged with a nearby Fox Head Brewery and operation ceased at this building.


Bruce Mobley: Beer Bottle Library, Waukesha, WI antique beer bottles
A very cool look at embossed bottles of the olden days.
The marker is No. 34-17 in a series of historical markers erected by the Waukesha County Historical Society. 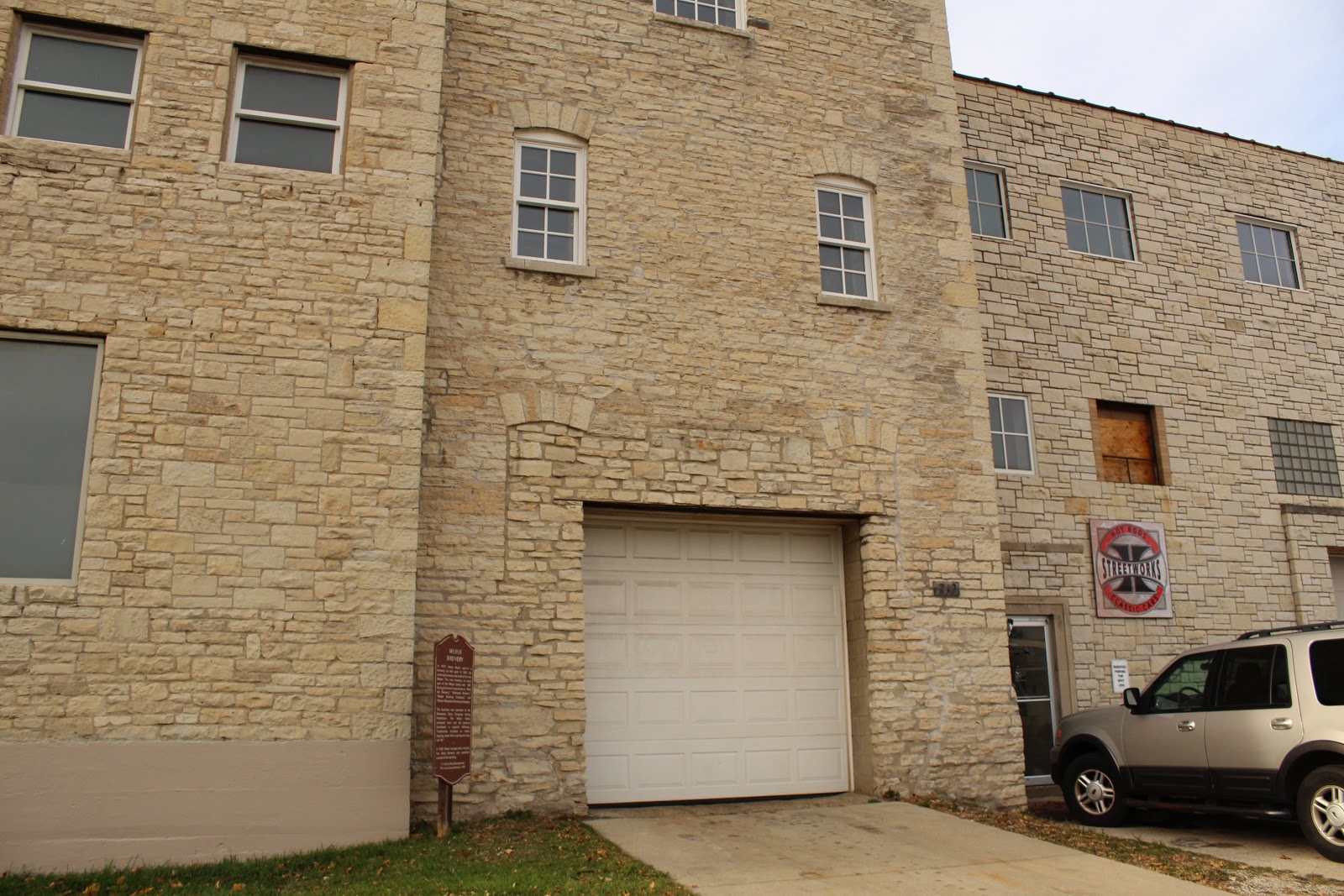 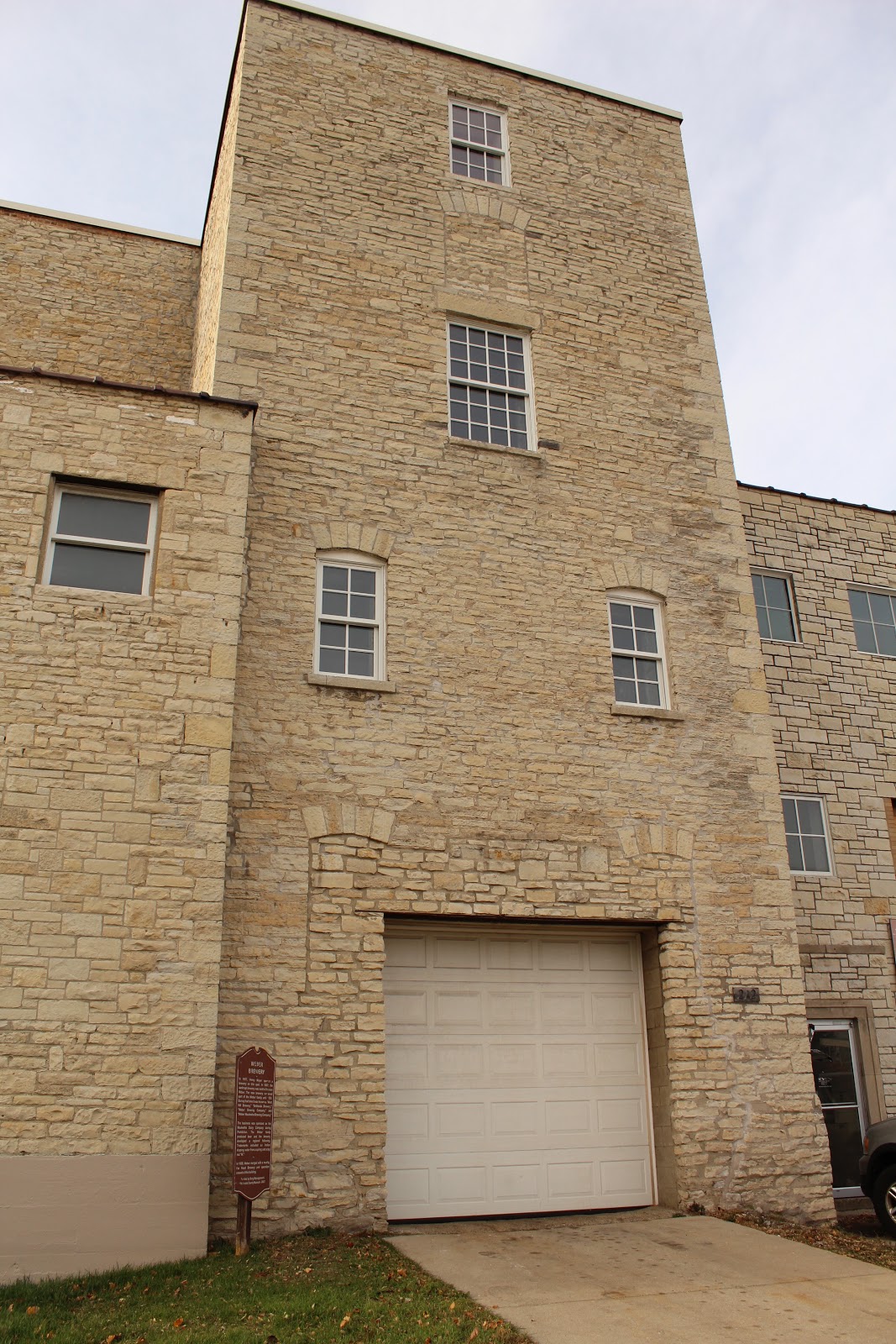 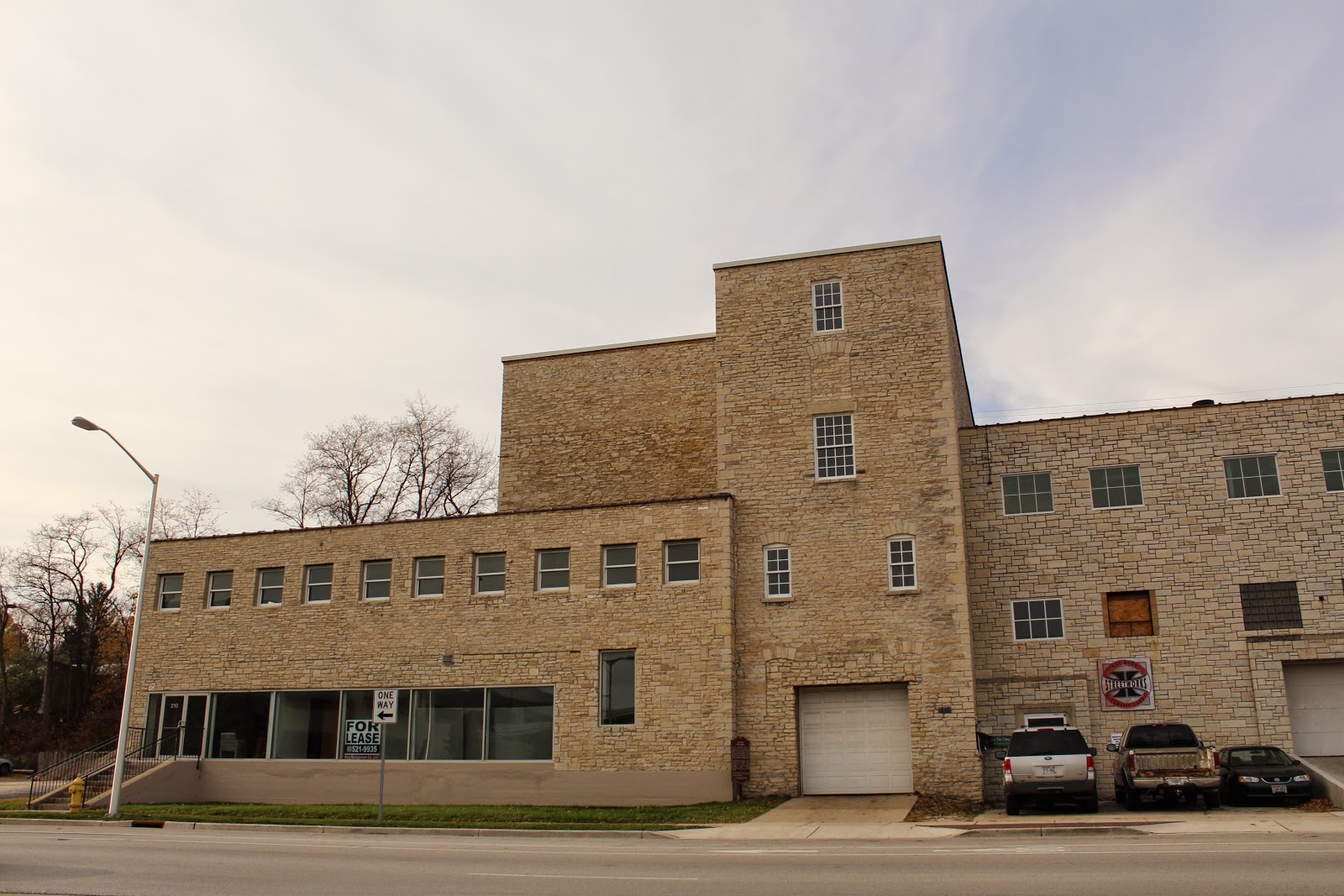 The marker is visible to the left of the garage door.