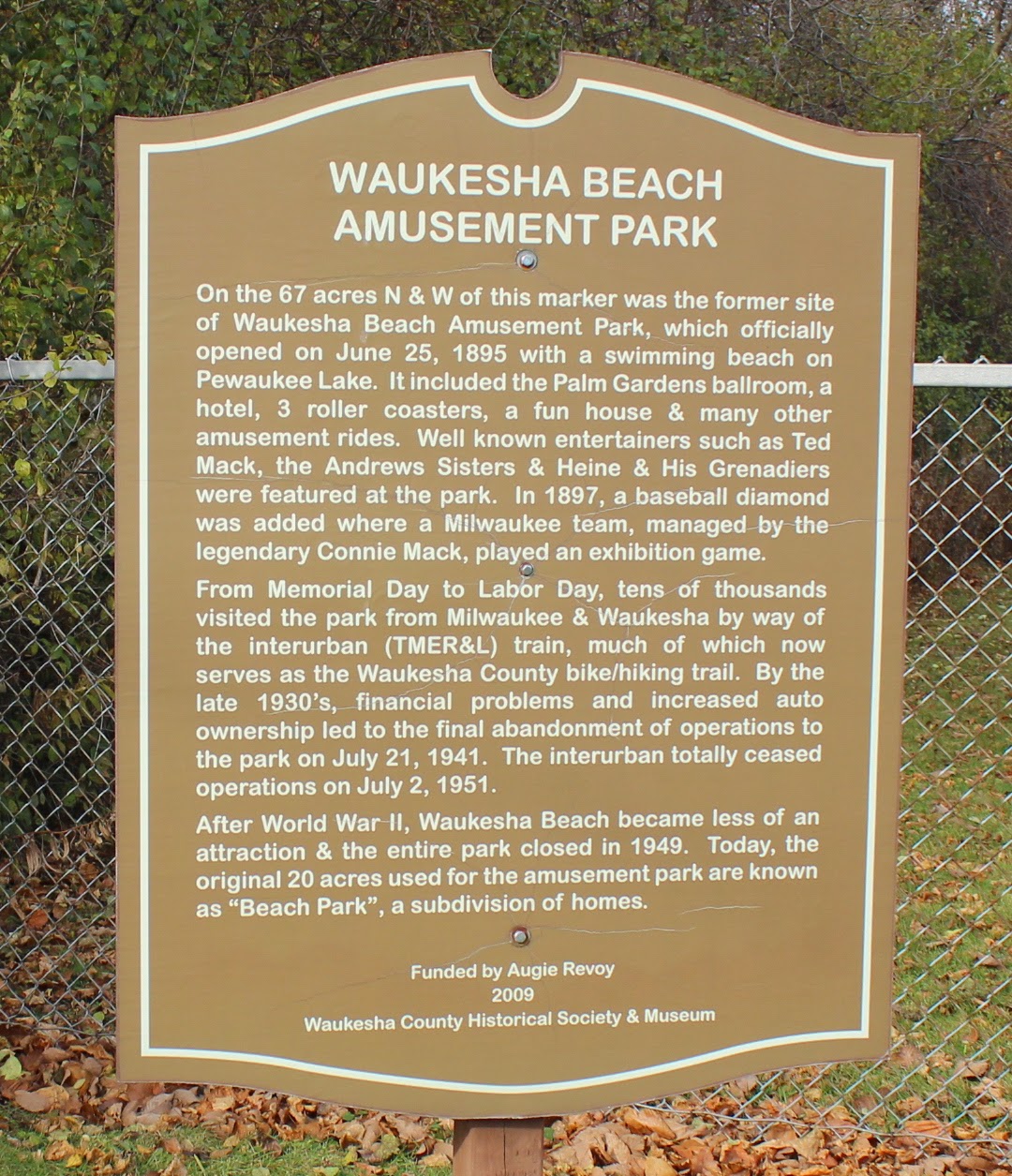 On the 67 acres N & W of this marker was the former site of Waukesha Beach Amusement Park, which officially opened on June 25, 1895 with a swimming beach on Pewaukee Lake. It included the Palm Gardens ballroom, a hotel, 3 roller coasters, a fun house & many other amusement rides. Well known entertainers such as Ted Mack, the Andrews Sisters & Heine and His Grenadiers were featured at the park. In 1897, a baseball diamond was added where a Milwaukee team, managed by the legendary Connie Mack, played an exhibition game.

From Memorial Day to Labor Day, tens of thousands visited the park from Milwaukee & Waukesha by way of the interurban (TMER&L) train, much of which now serves as the Waukesha County bike/hiking trail. By the late 1930’s, financial problems and increased auto ownership led to the final abandonment of operations to the park on July 21, 1941. The interurban totally ceased operations on July 2, 1951.

After World War II, Waukesha Beach became less of an attraction & the entire park closed in 1949. Today, the original 20 acres used for the amusement park are known as “Beach Park”, a subdivision of homes.

You know you're from Pewaukee if . . . : Waukesha Beach Facebook Page
A little history and tons of photos!!


This marker is No. 26-03 in a series of historical markers erected by the Waukesha County Historical Society. 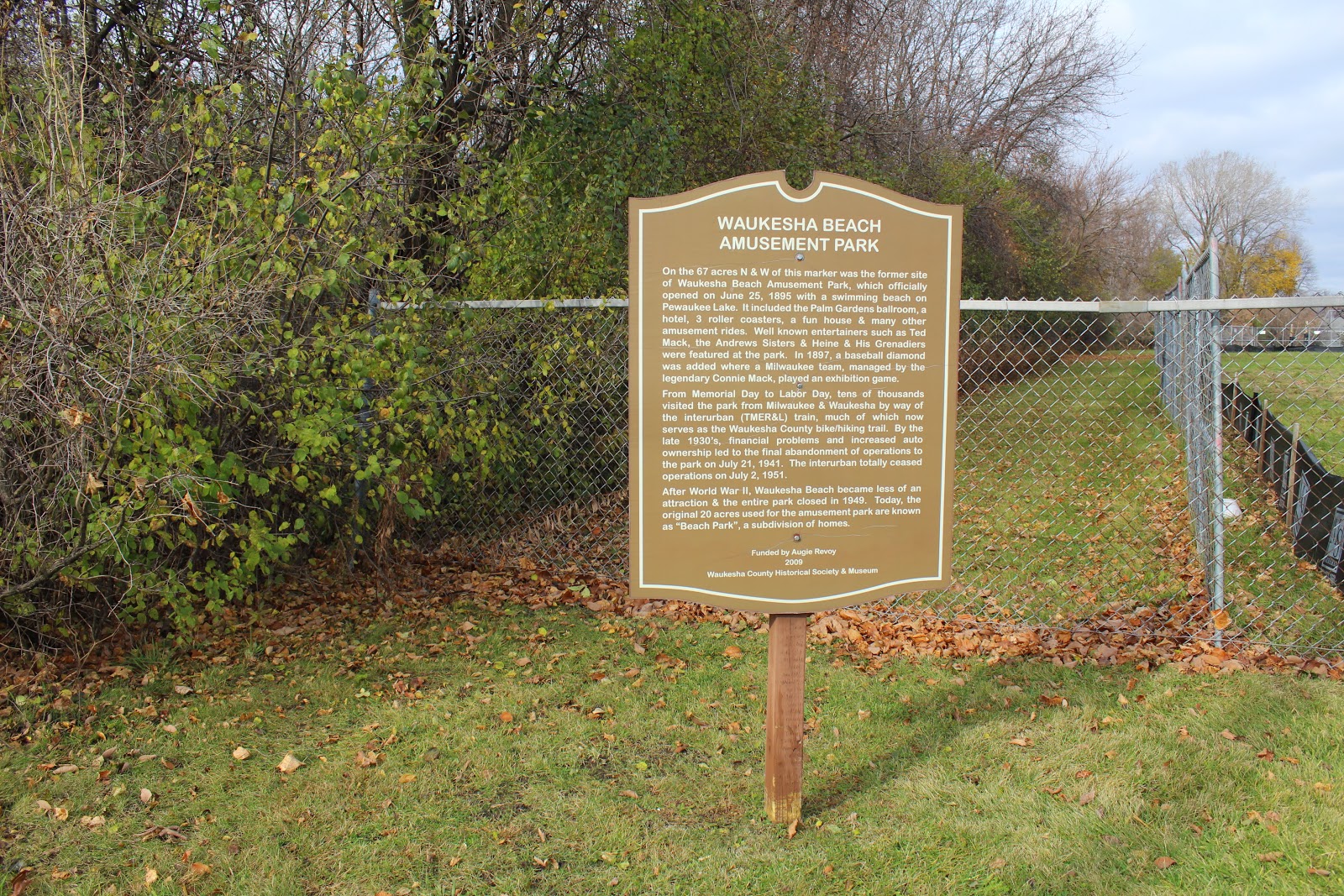 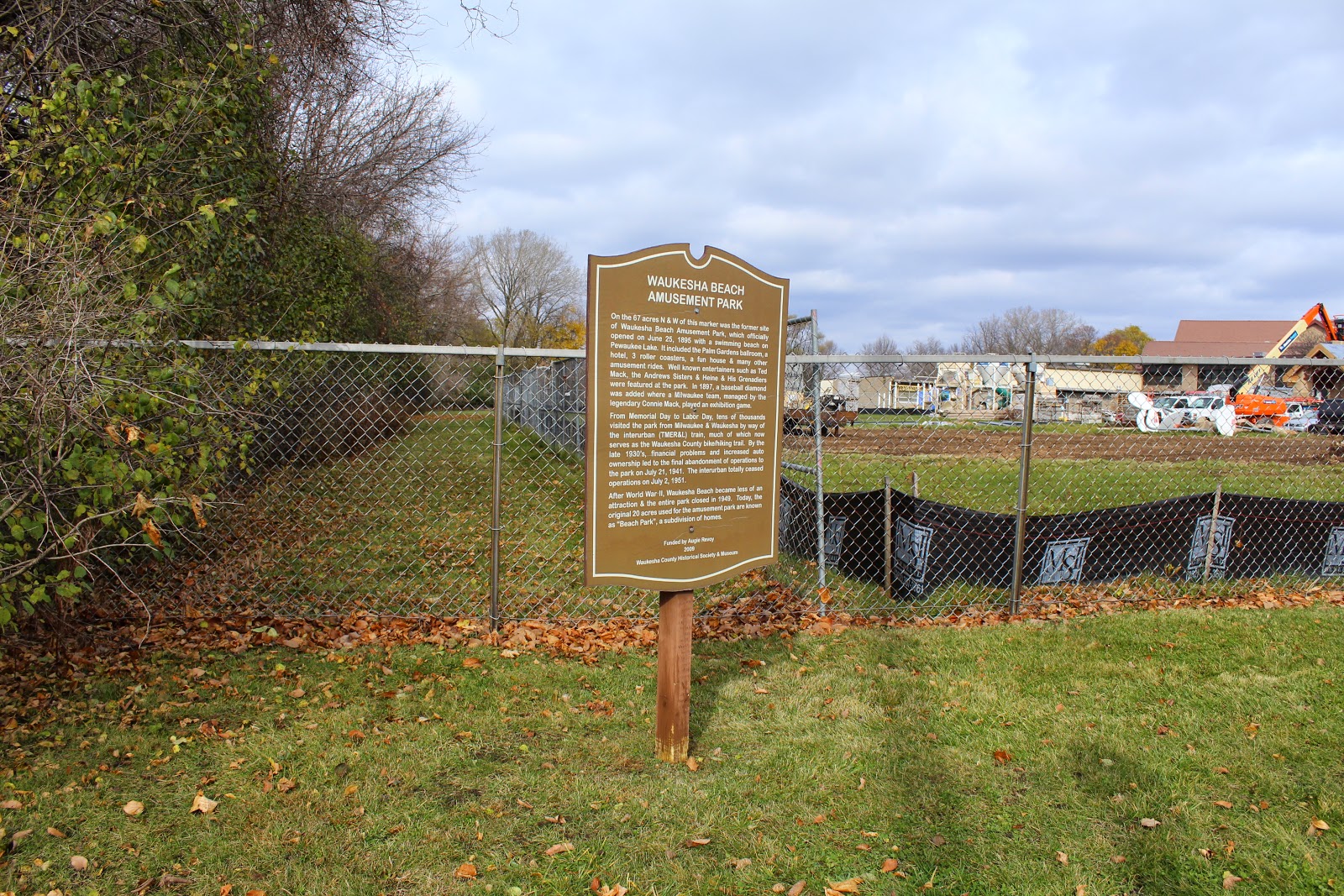 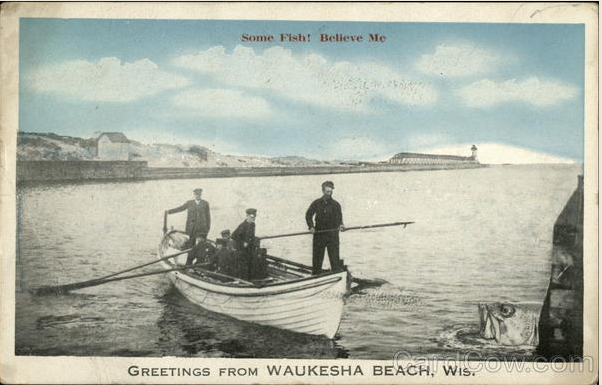 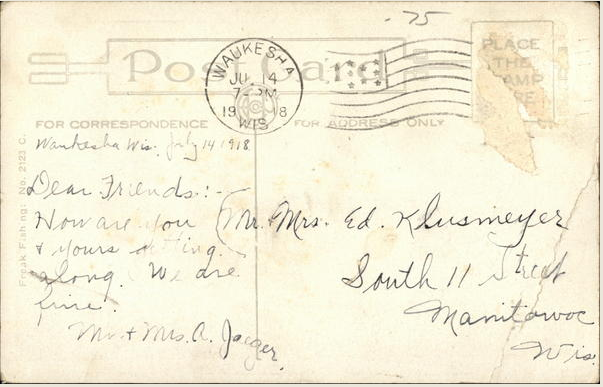 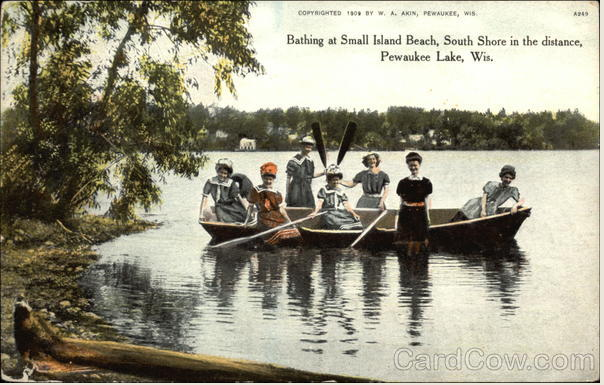 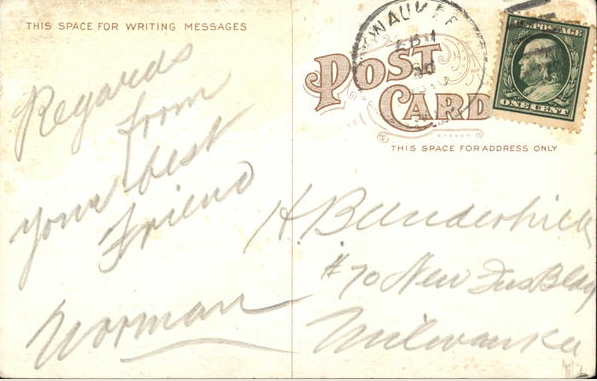 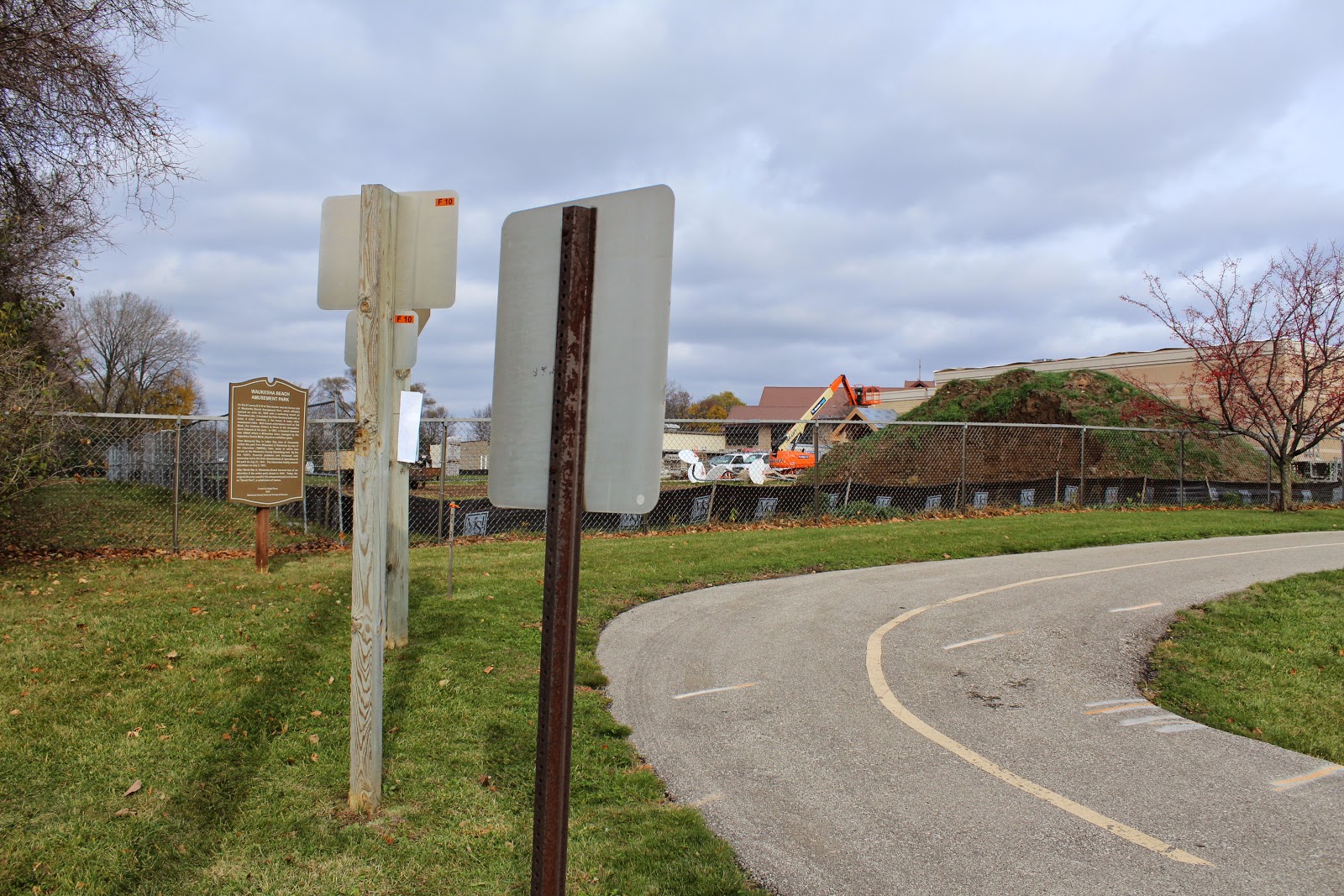 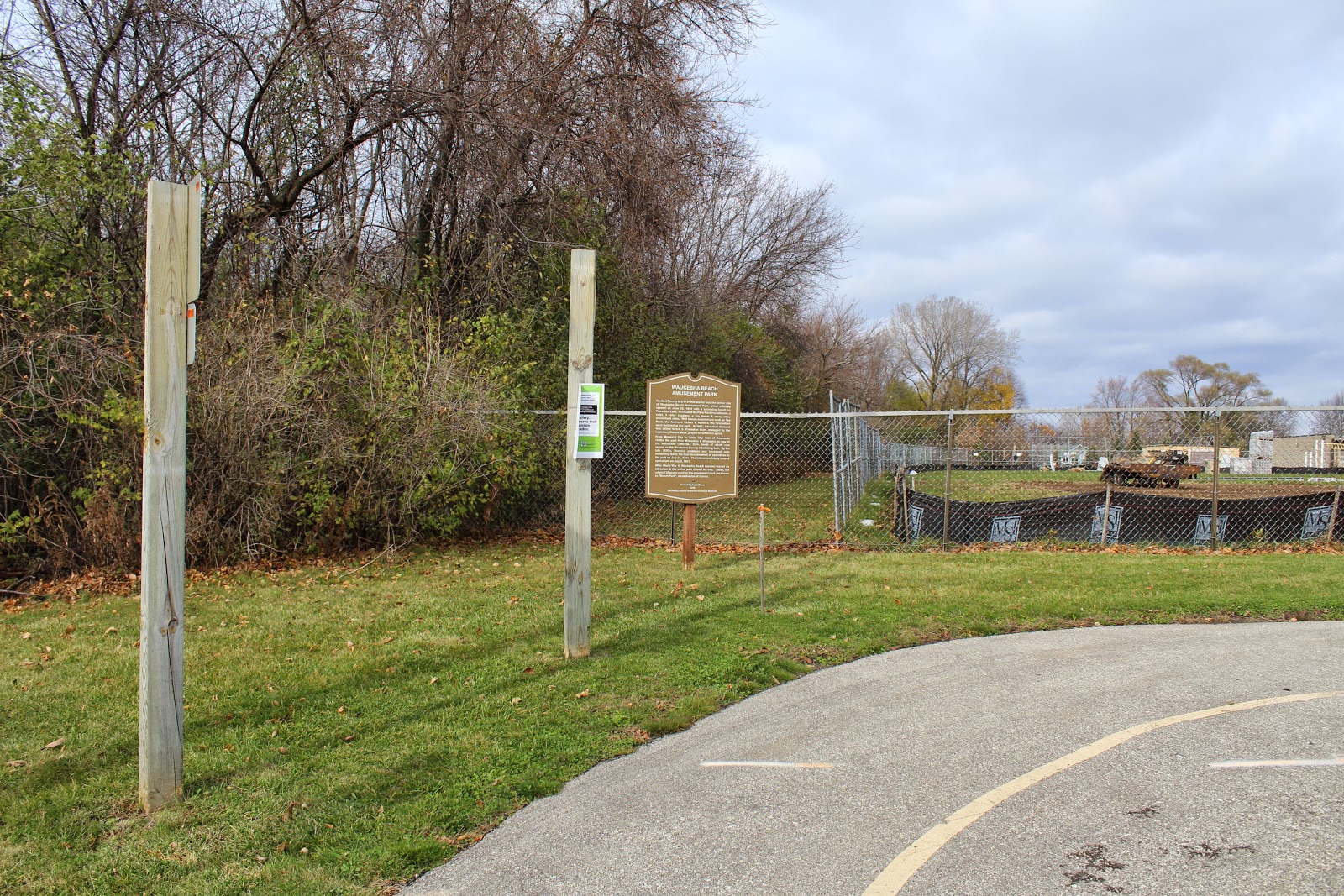 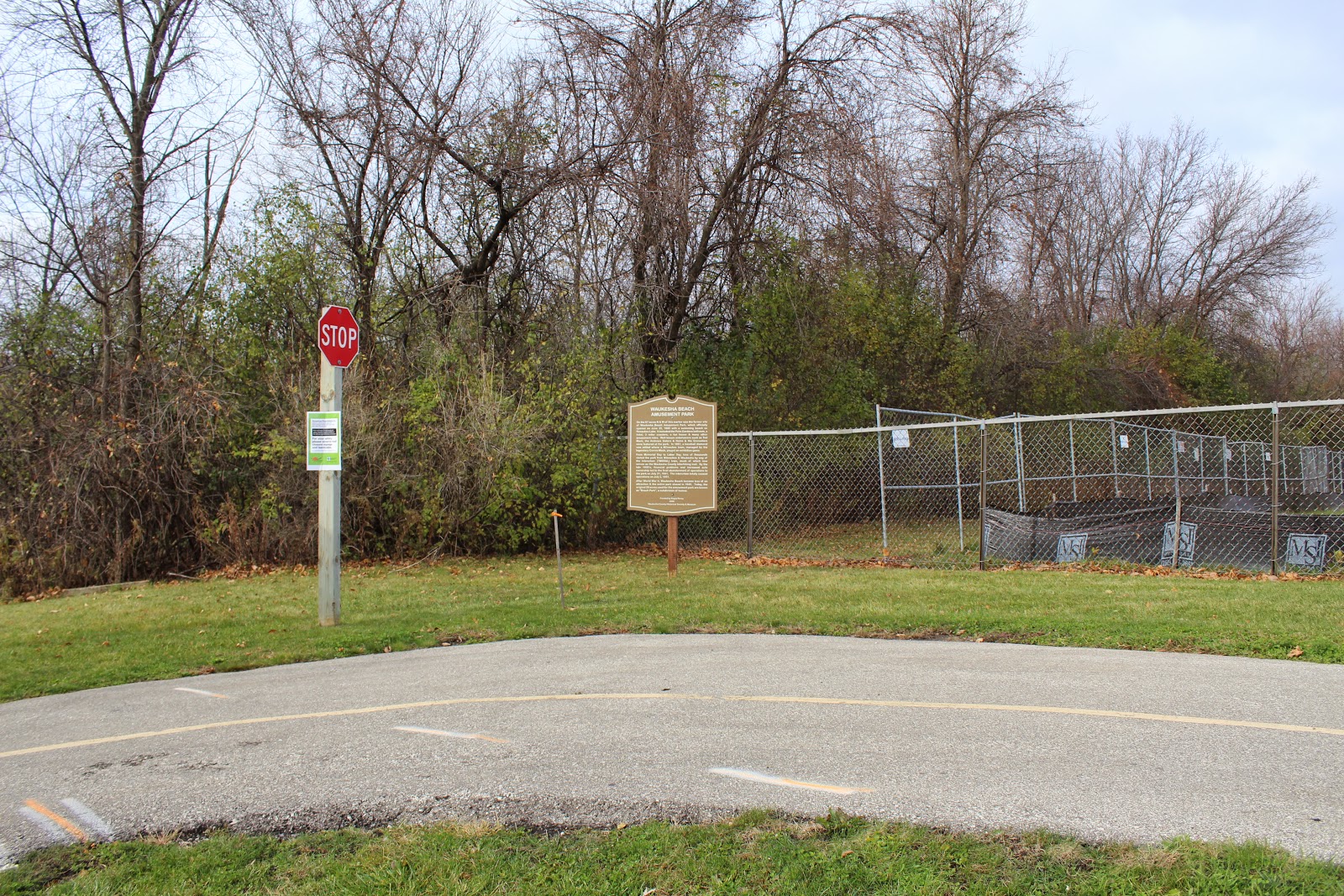 The marker is located along the Lake Country Recreation Trail. 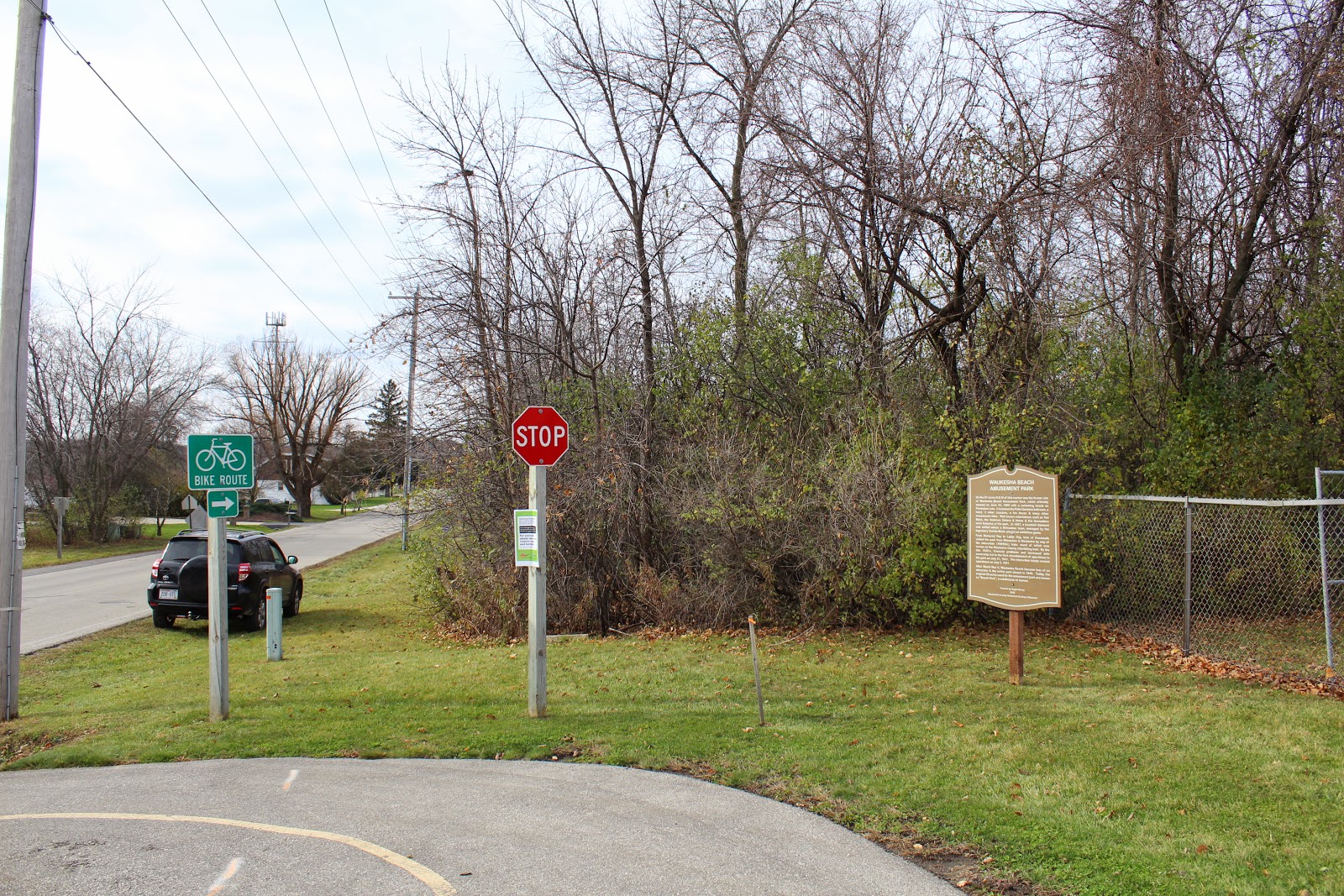 The marker is easy to find, and there is plenty of parking.