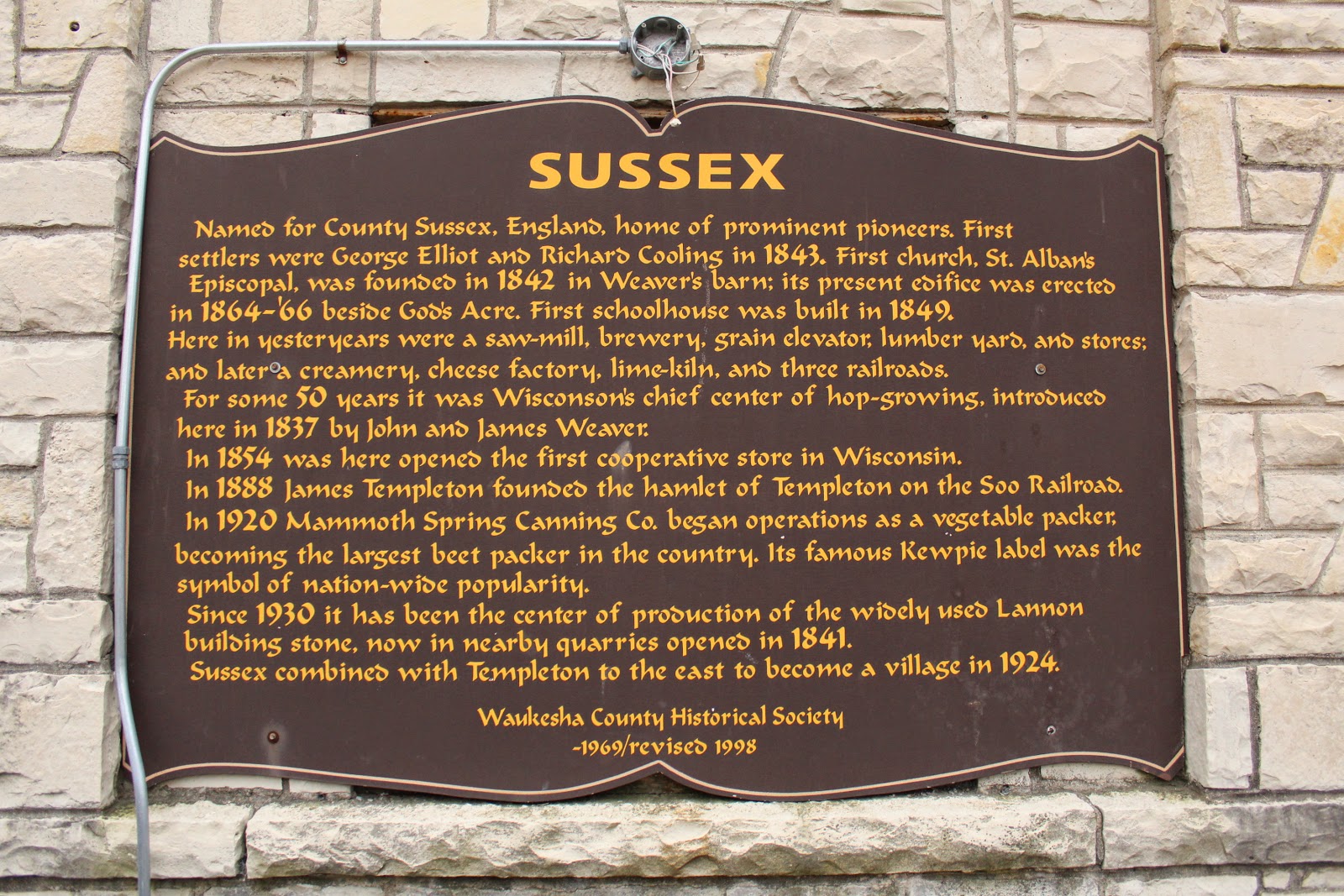 Named for County Sussex, England, home of prominent pioneers. First settlers were George Elliot and Richard Cooling in 1843. First church, St. Alban’s Episcopal, was founded in 1842 in Weaver’s barn; its present edifice was erected in 1864-’66 beside God’s Acre. First schoolhouse was built 1849.

Here in yesteryears were a saw-mill, brewery, grain elevator, lumber yard, and stores; and later a creamery, cheese factory, lime-kiln, and three railroads.

For some 50 years it was Wisconsin’s chief center of hop-growing, introduced here in 1837 by John and James Weaver.

In 1854 was here opened the first cooperative store in Wisconsin.

In 1888 James Templeton founded the hamlet of Templeton on the Soo Railroad.

In 1920 Mammoth Spring Canning Co. began operations as a vegetable packer, becoming the largest beet packer in the country. Its famous Kewpie label was the symbol of nation-wide popularity.

Since 1930 it has been the center of production of the widely used Lannon building stone, now in nearby quarries opened in 1841.

Sussex combined with Templeton to the east to become a village in 1924.

The marker is mounted to the facade of the Sussex Community Youth Hall on eastbound Main Street, between Orchard Drive / County VV (to the west) and Waukesha Avenue / Wisconsin Route 74, at N63 W23625 Main Street, Sussex, Wisconsin 53089.

This marker is No. 30-02 in a series of historical markers erected by the Waukesha County Historical Society.

See also, St. Alban's Episcopal Church, a related marker at a nearby location. 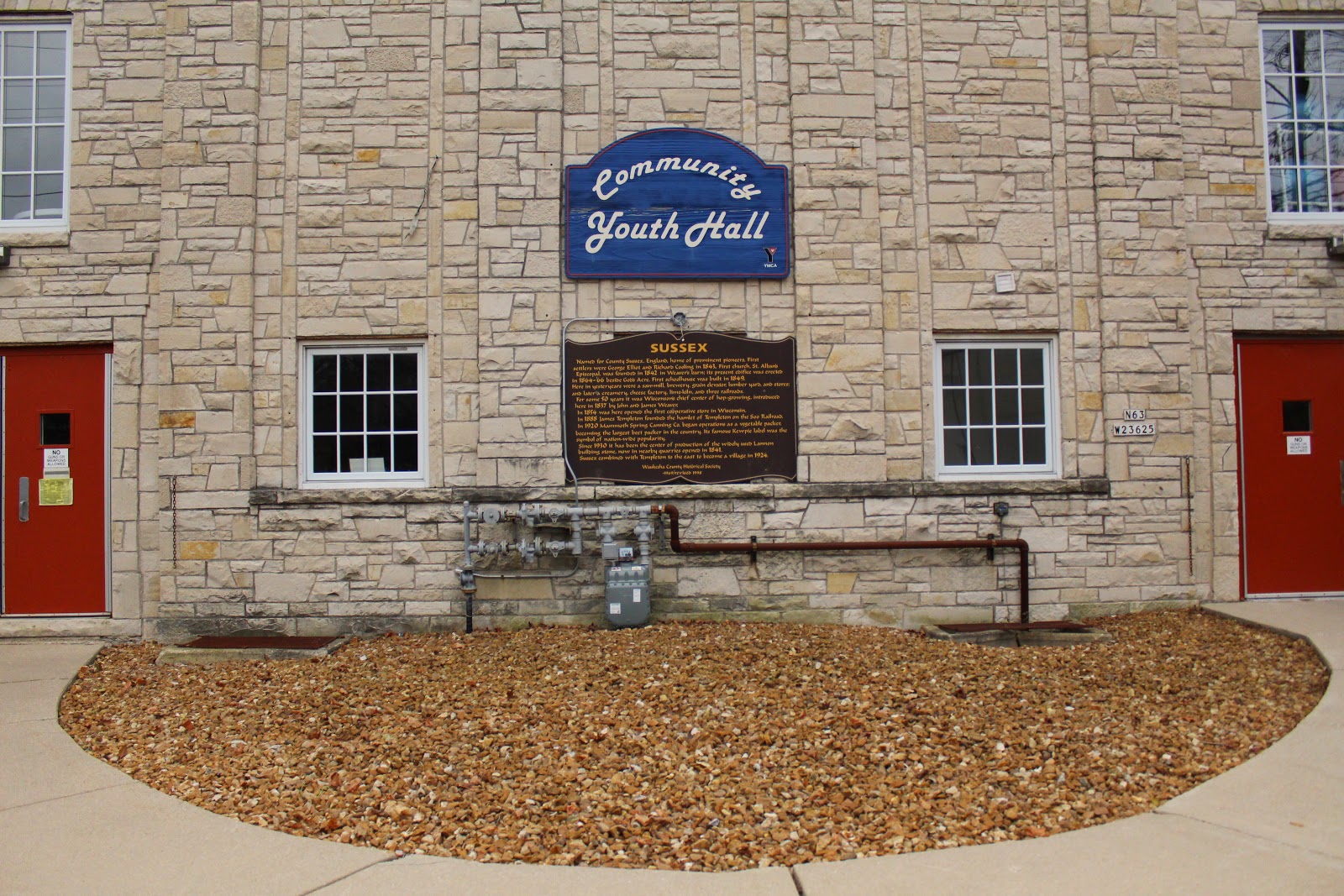 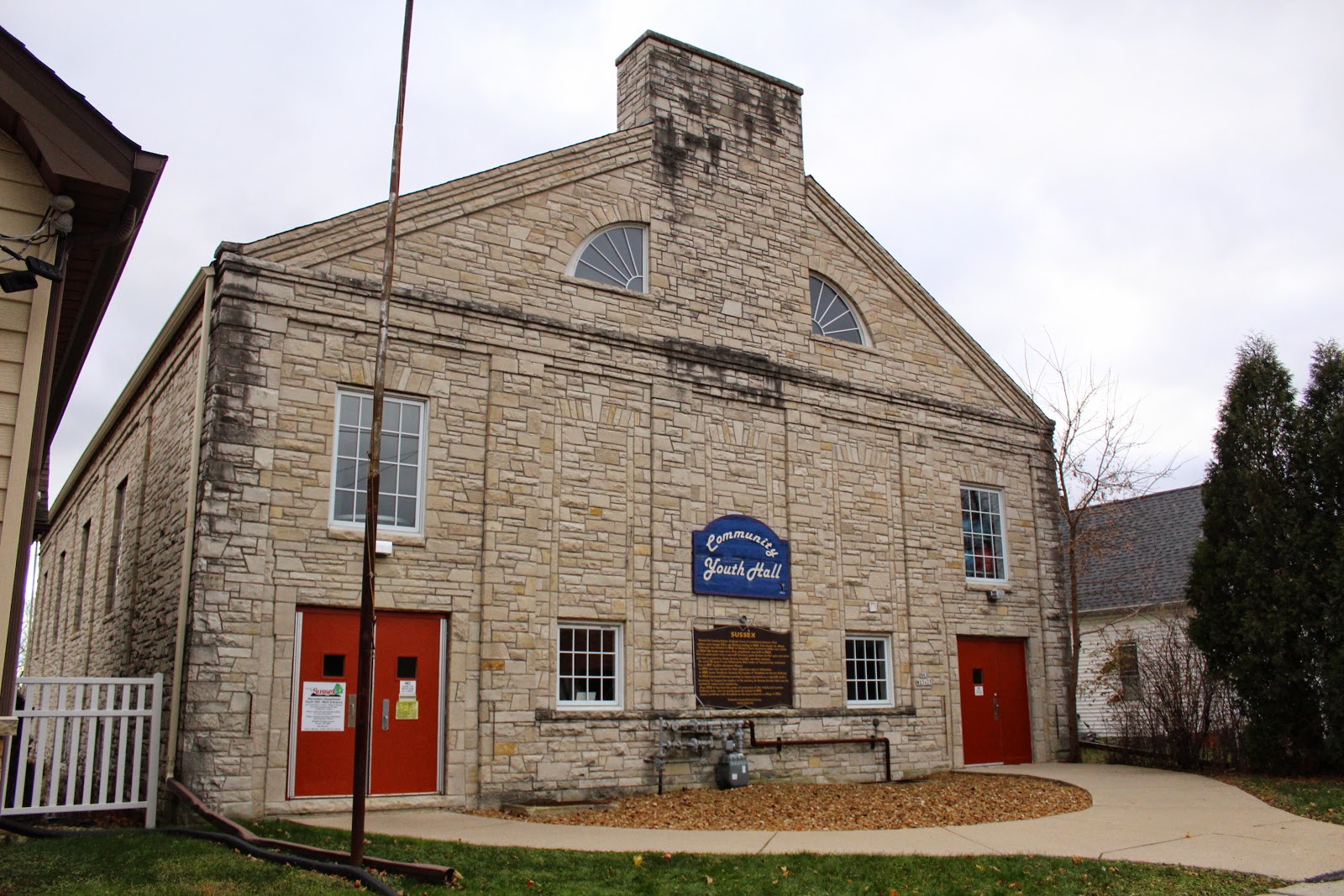 The marker is super easy to find.