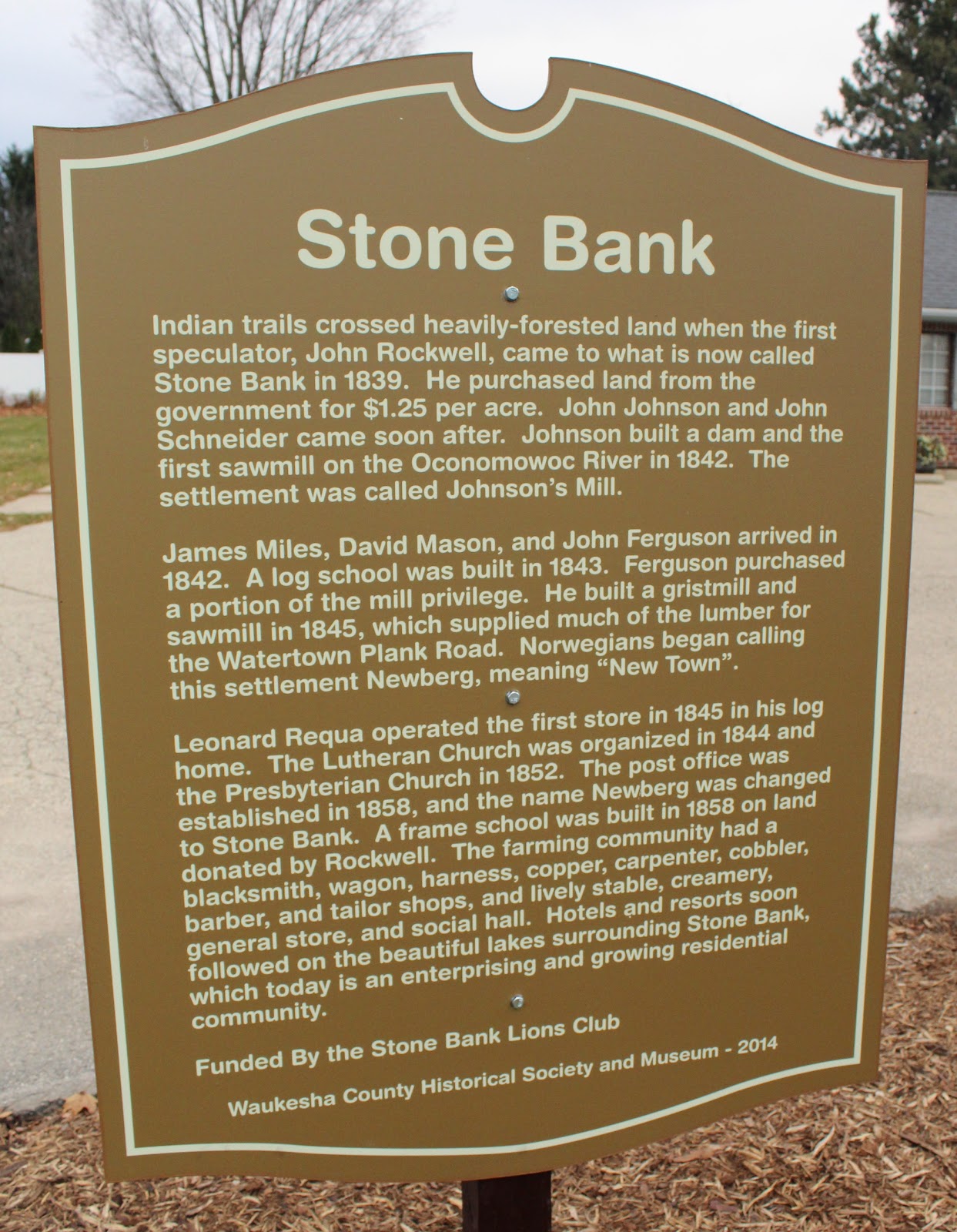 Indian trails crossed heavily forested land when the first speculator, John Rockwell, came to what is now called Stone Bank in 1839. He purchased land from the government for $1.25 per acre. John Johnson arrived in 1840. John Weigand, J. Weichert, Christian Hershey and John Schneider came soon after. Johnson built a dam, and the first sawmill on the Coonamowoc River in 1842. The settlement was called Johnson's Mill.

James Miles, David Mason and John Ferguson arrived in 1842. Ferguson purchased a portion of the mill privilege. He built a gristmill in 1844 and new sawmill in 1845. This supplied much of the lumber for the Watertown Plank Road. A log school was built in 1843. Norwegians began calling the settlement Newberg, meaning "New Town". The Lutheran Church was organized in 1844.

Leonard Redua operated the first store in 1845 in his log home. The post office was established there in 1858, and Newberg was changed to Stone Bank. The Presbyterian Church was organized in 1852. A frame school was built in 1858 on land donated by Rockwell where the present school stands. The farming community had a blacksmith, wagon, harness, cooper, carpenter, cobbler, barber and tailor shops, livery stable, creamery, general stores and social halls. Hotels and resorts soon followed on the beautiful lakes surrounding Stone Bank. Today Stone Bank is an enterprising and growing residential community.


This marker is No. 28-01 in a series of historical markers erected by the Waukesha County Historical Society. 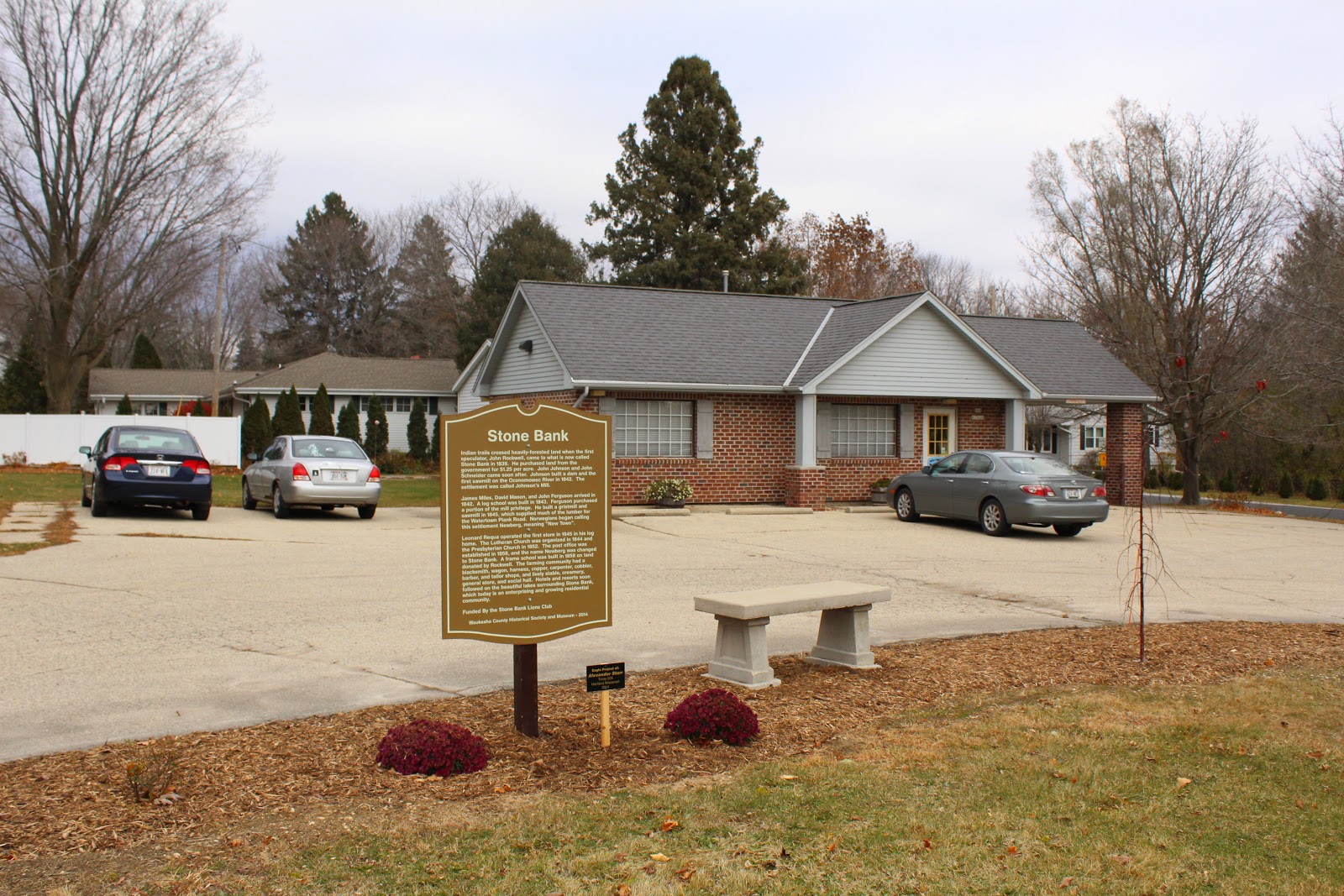 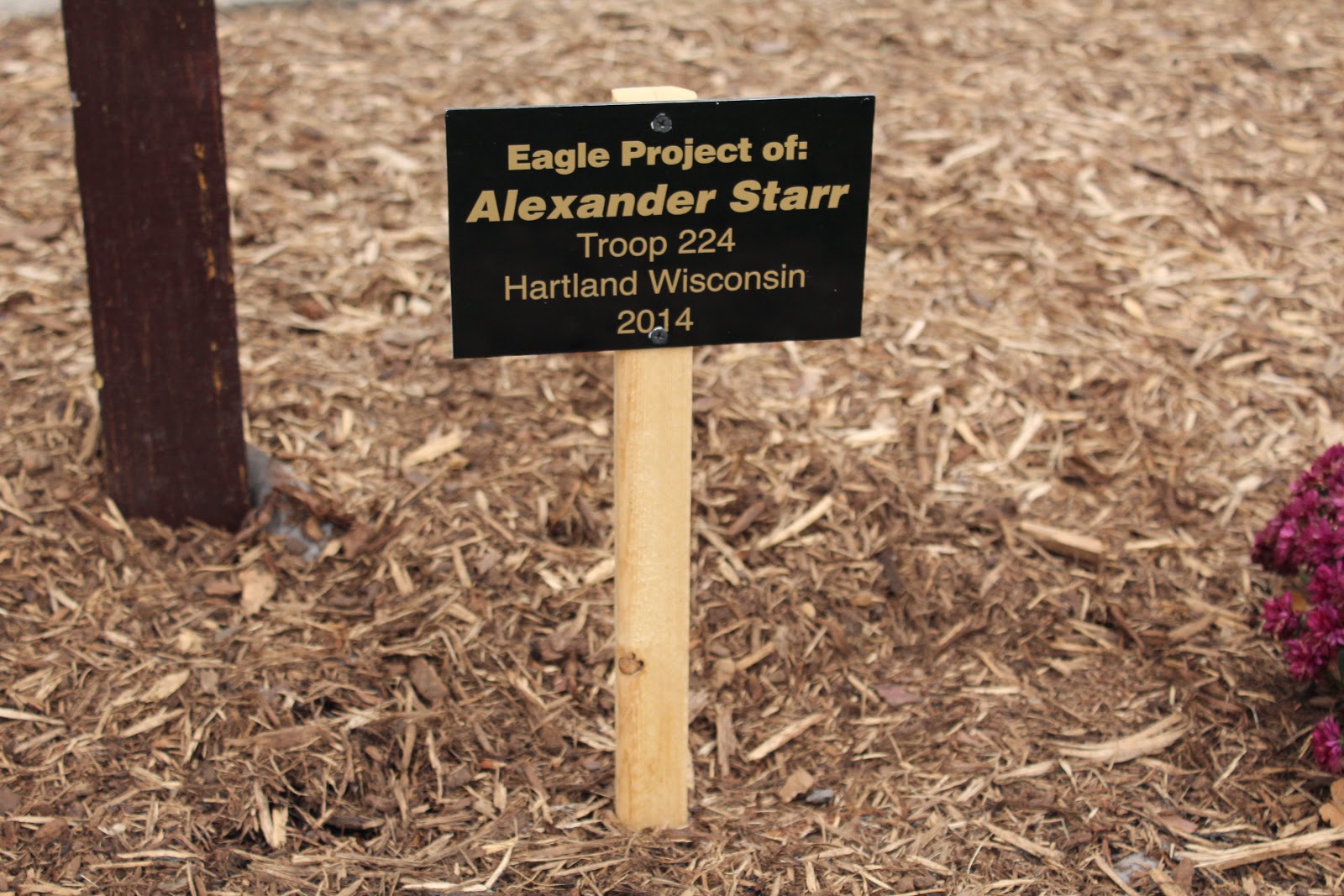