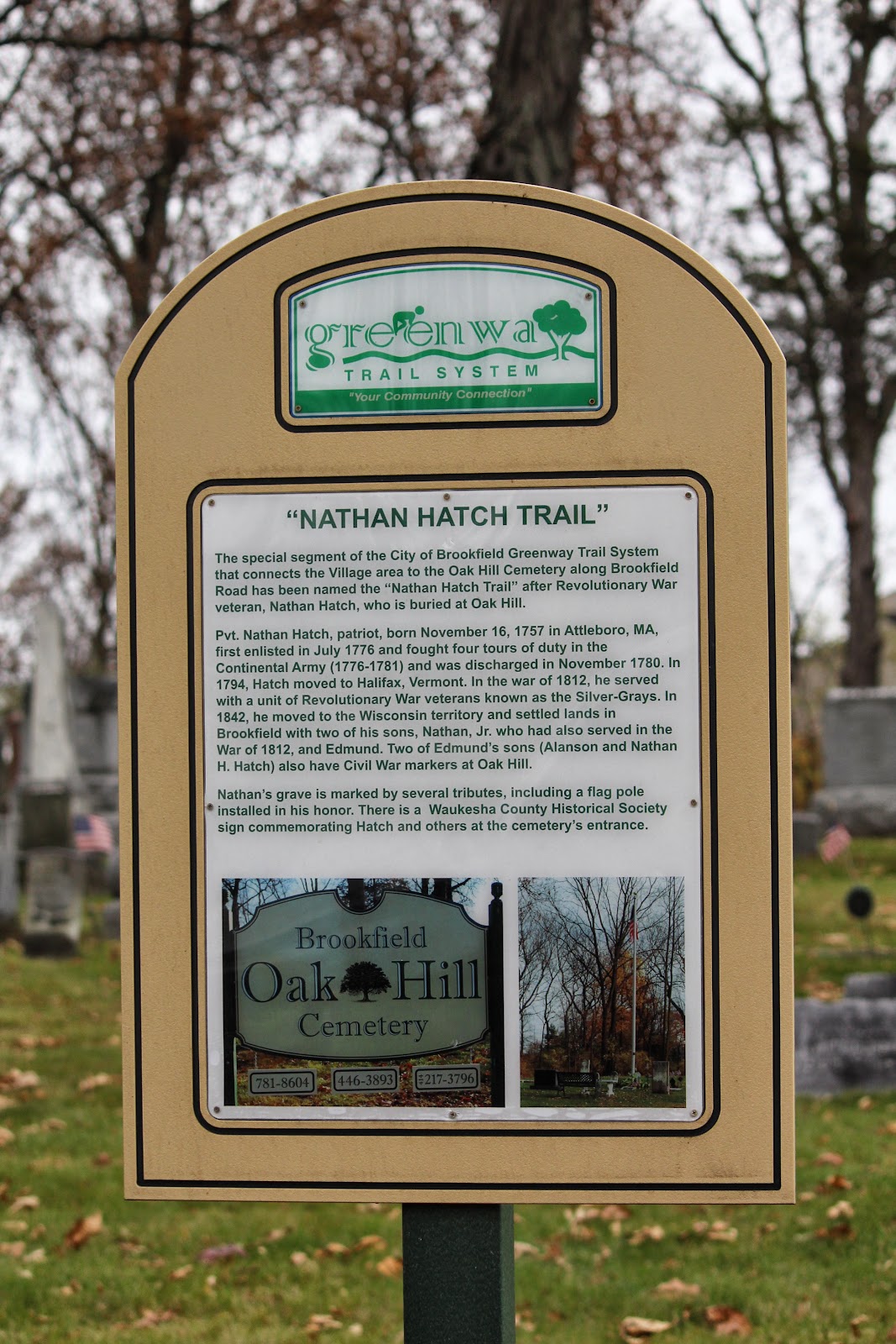 The special segment of the City of Brookfield Greenway Trail System that connects the Village area to the Oak Hill Cemetery along Brookfield Road has been named the "Nathan Hatch Trail" after Revolutionary War veteran, Nathan Hatch, who is buried at Oak Hill.

Pvt. Nathan Hatch, patriot, born November 16, 1957 in Attleboro, MA, first enlisted in July 1776 and fought four tours of dury in the Continental Army (1776-1781) and was discharged in November 1780. In 1794, Hatch moved to Halifax, Vermont. In the war of 1812, he served with a unit of Revolutionary War veterans known as the Silver-Grays. In 1842, he moved to the Wisconsin territory and settled in lands in Brookfield with two of his sons, Nathan, Jr. who had also served in the War of 1812, and Edmund. Two of Edmund's sons (Alanson and Nathan H. Hatch) also have Civil War markers at Oak Hill.

Nathan's grave is marked by several tributes, including a flag pole installed in his honor. There is a Waukesha County Historical Society sign commemorating Hatch and others at the cemetery's entrance. 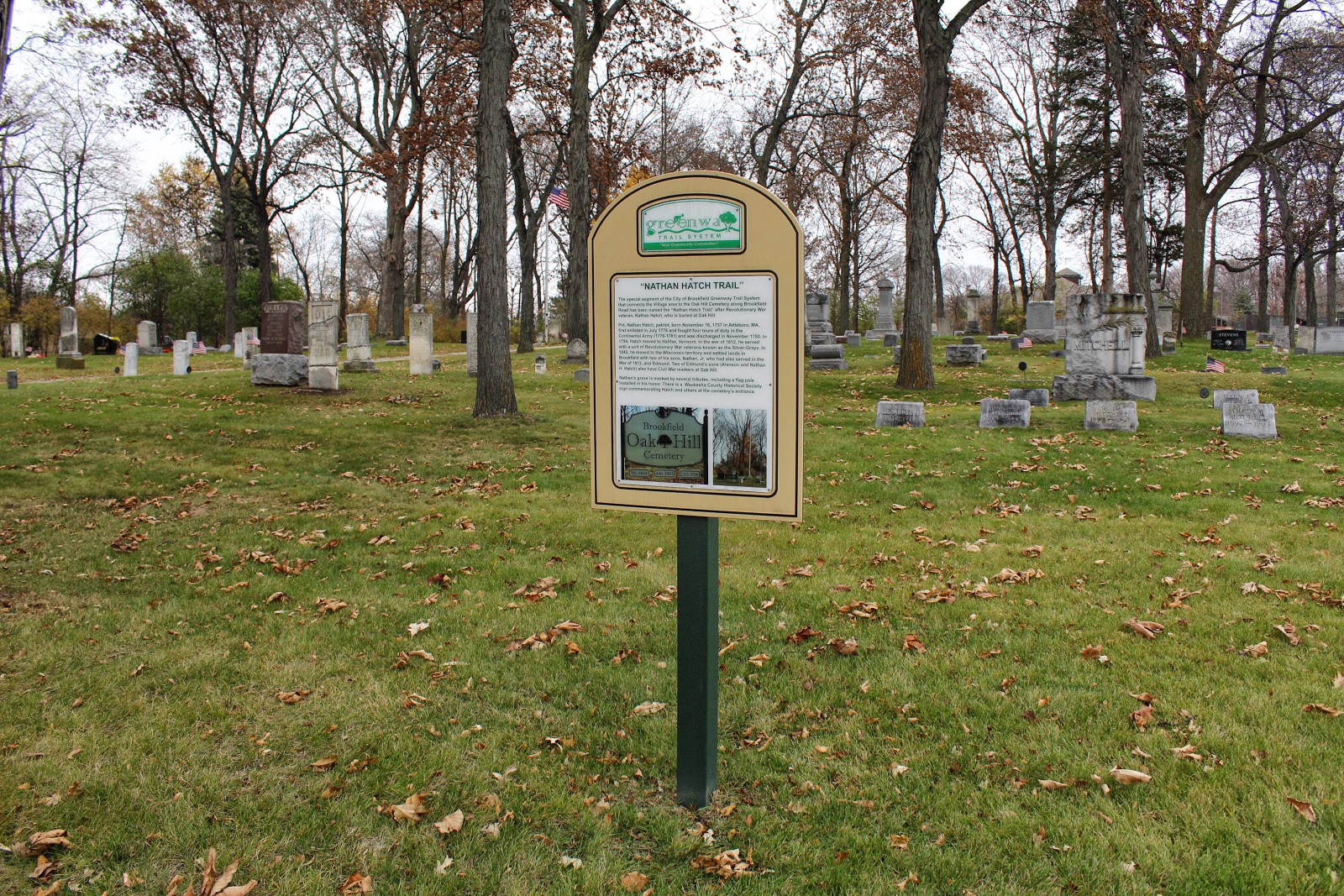 The marker is at the front of the cemetery, along North Brookfield Road. 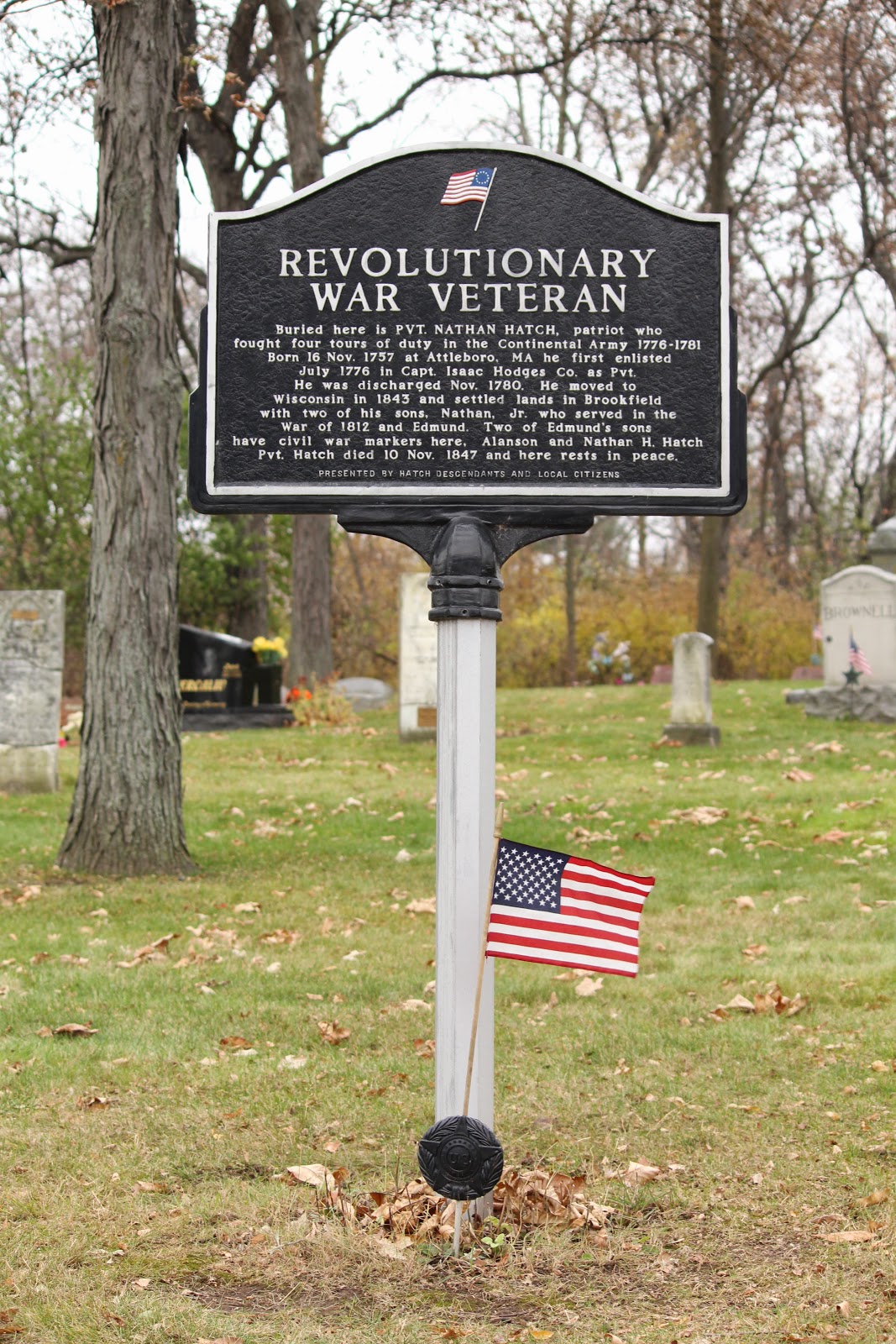 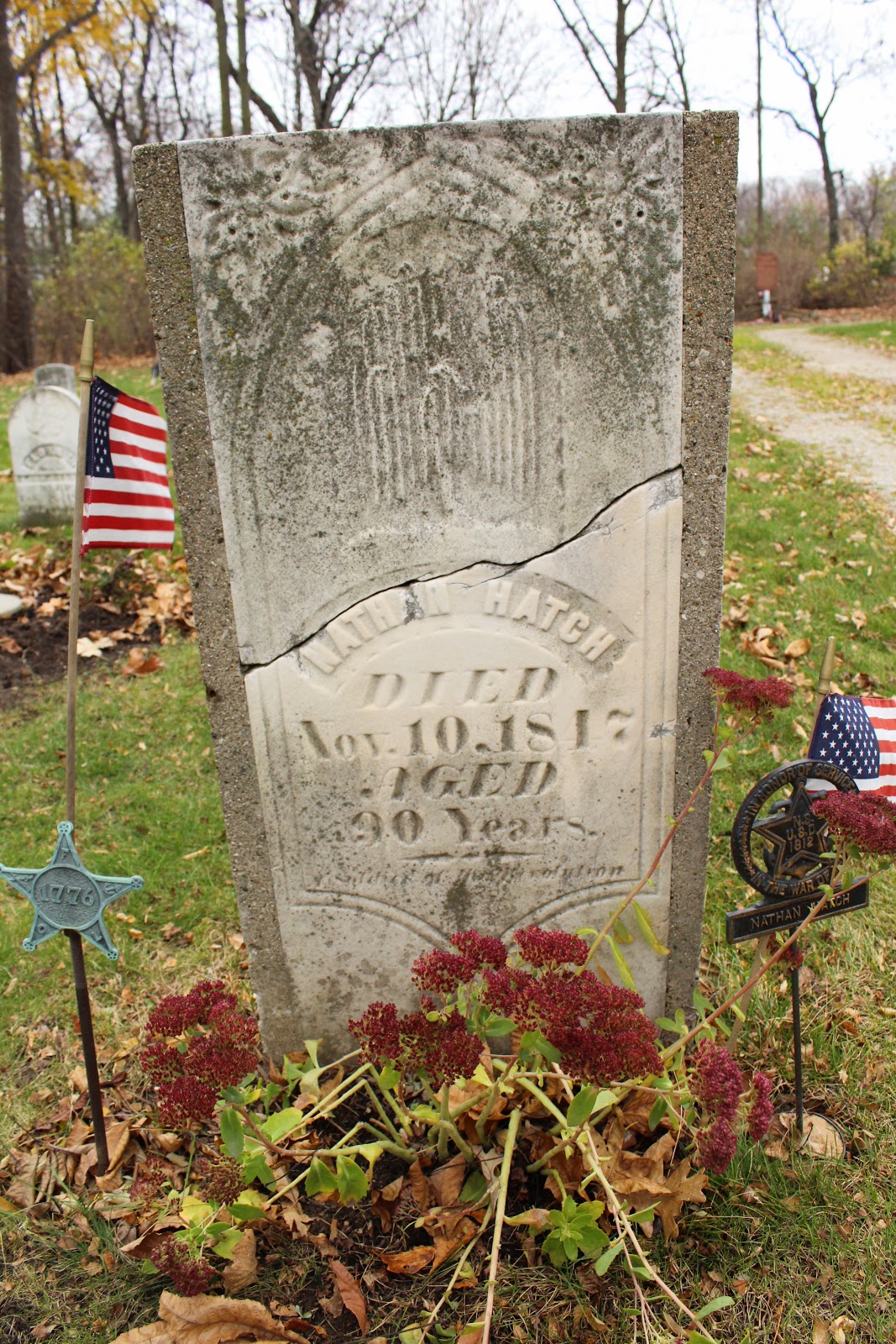 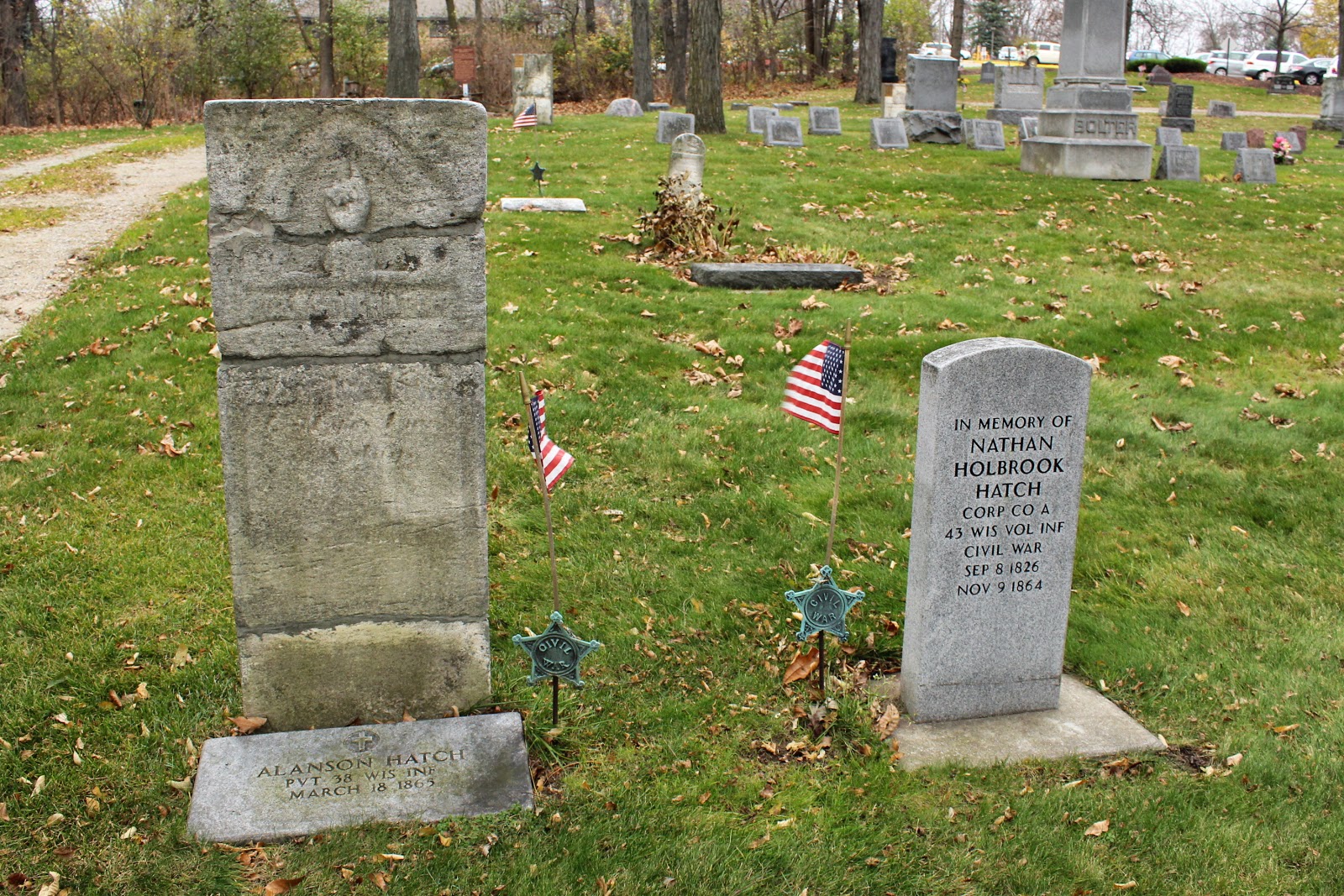 Gravesites of Alanson and Nathan H. Hatch (grandsons of Nathan Hatch),
both of whom served in the Civil War. 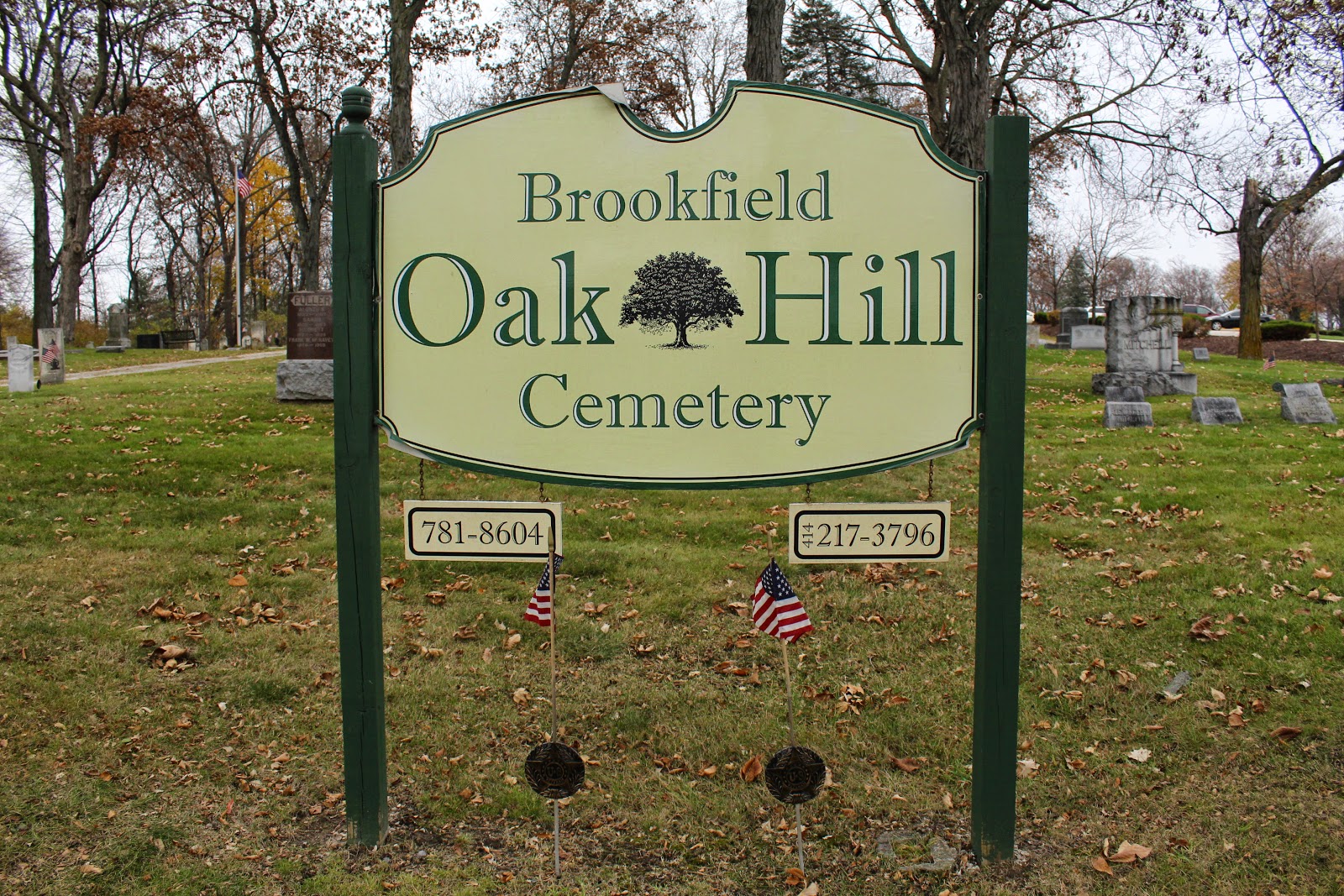 The marker is located at historic Brookfield Oak Hill Cemetery.