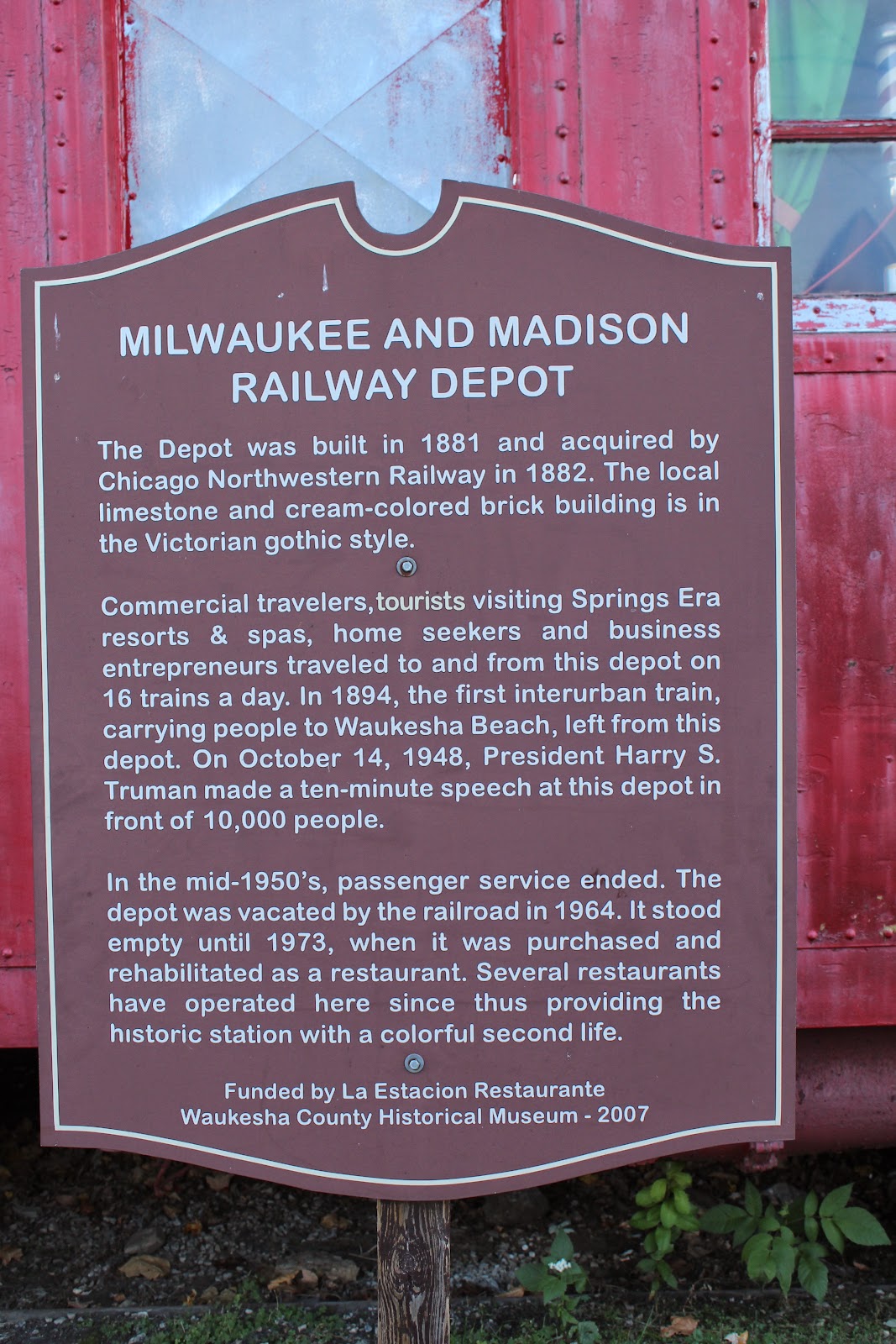 The Depot was built in 1881 and acquired by Chicago [sic] Northwestern Railway in 1882. The local limestone and cream-colored brick building is in the Victorian gothic style.

Commercial travelers, tourists visiting Springs Era resorts & spas, home seekers and business entrepreneurs traveled to and from this depot on 16 trains a day. In 1894, the first interburban train, carrying people to Waukesha Beach, left from this depot. On October 14, 1948, President Harry S. Truman made a ten-minute speech at this depot in front of 10,000 people.

In the mid-1950's, passenger service ended. The depot was vacated by the railroad in 1964. It stood empty until 1973, when it was purchased and rehabilitated as a restaurant. Several restaurants have operated here since thus providing the historic station with a colorful second life.

Chicago & Northwestern Historical Society
An Illinois not-for-profit corporation dedicated to preserving the legacy of the C&NW and its predecessor roads since 1973.


This marker is No. 34-12 in a series of historical markers erected by the Waukesha County Historical Society. 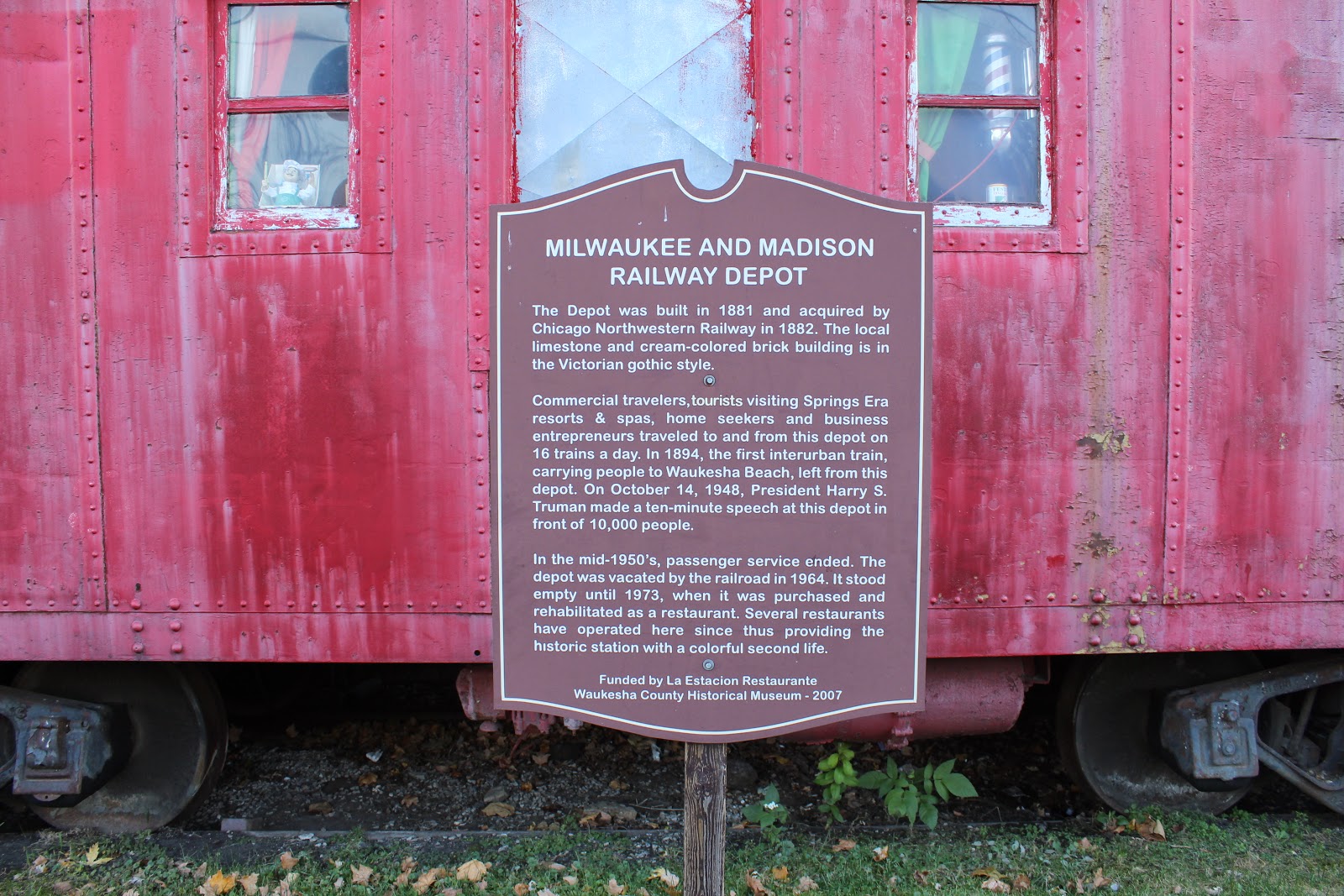 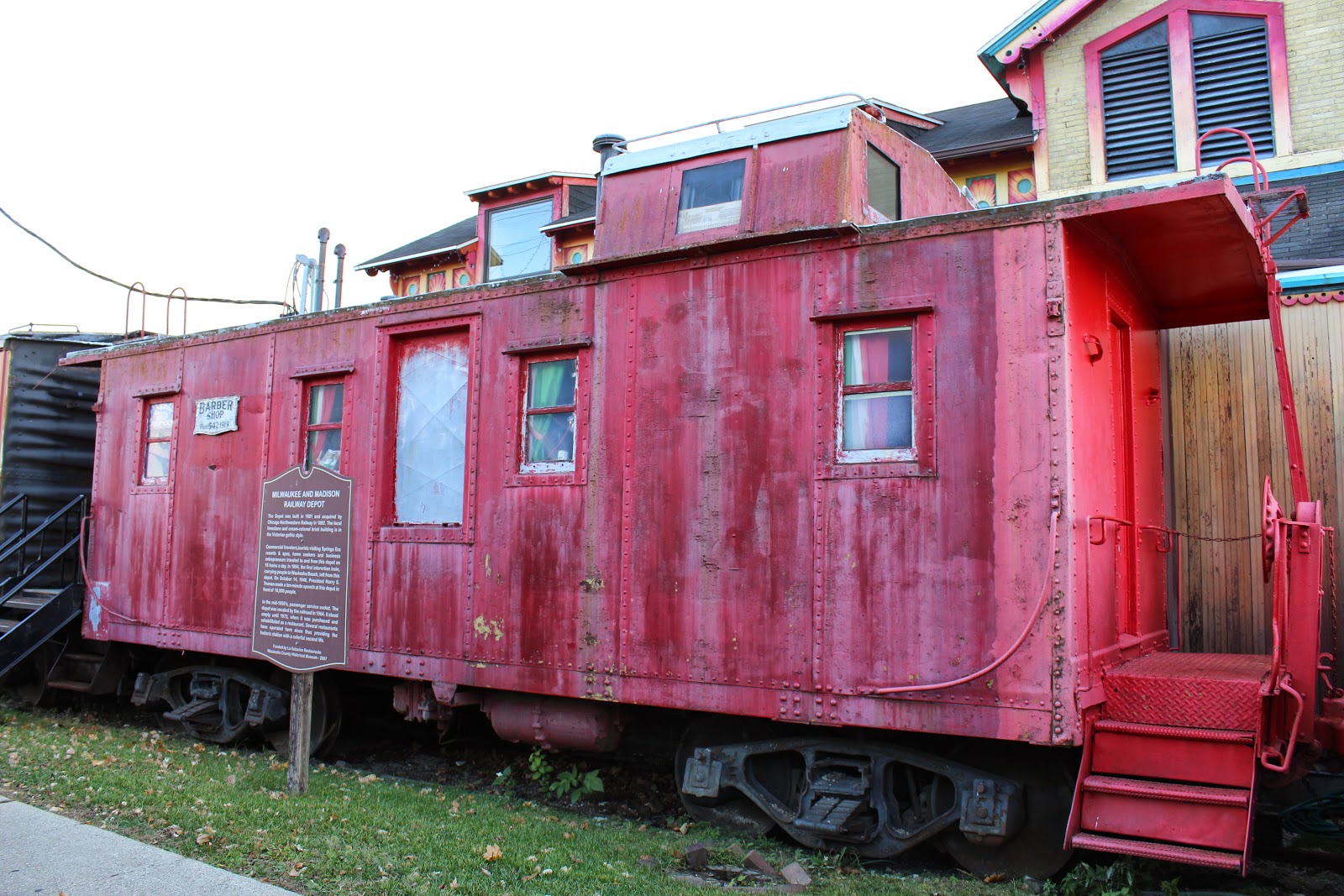 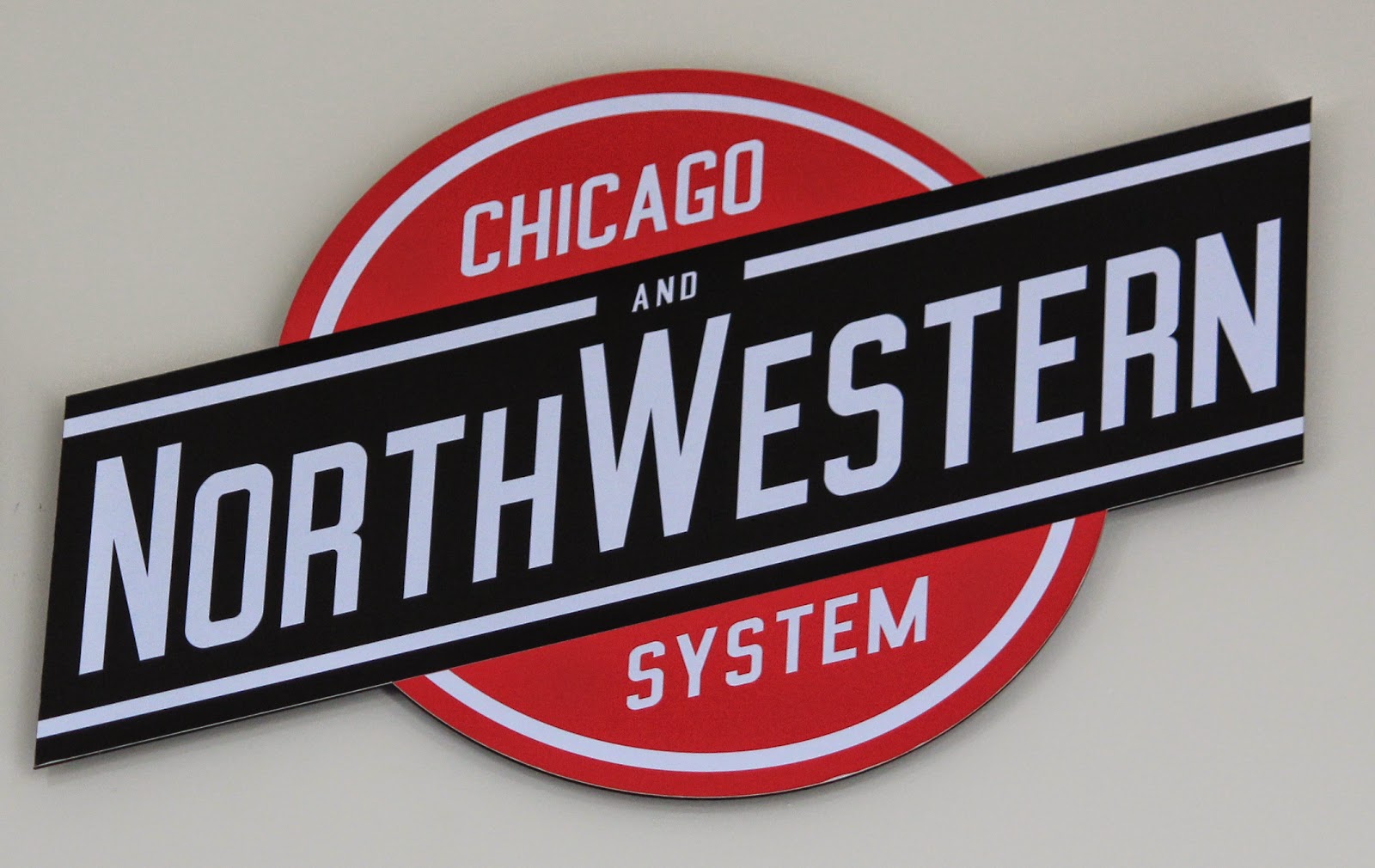 Photograph of Chicago and NorthWestern logo taken
at the National Railroad Museum in Green Bay, Wisconsin 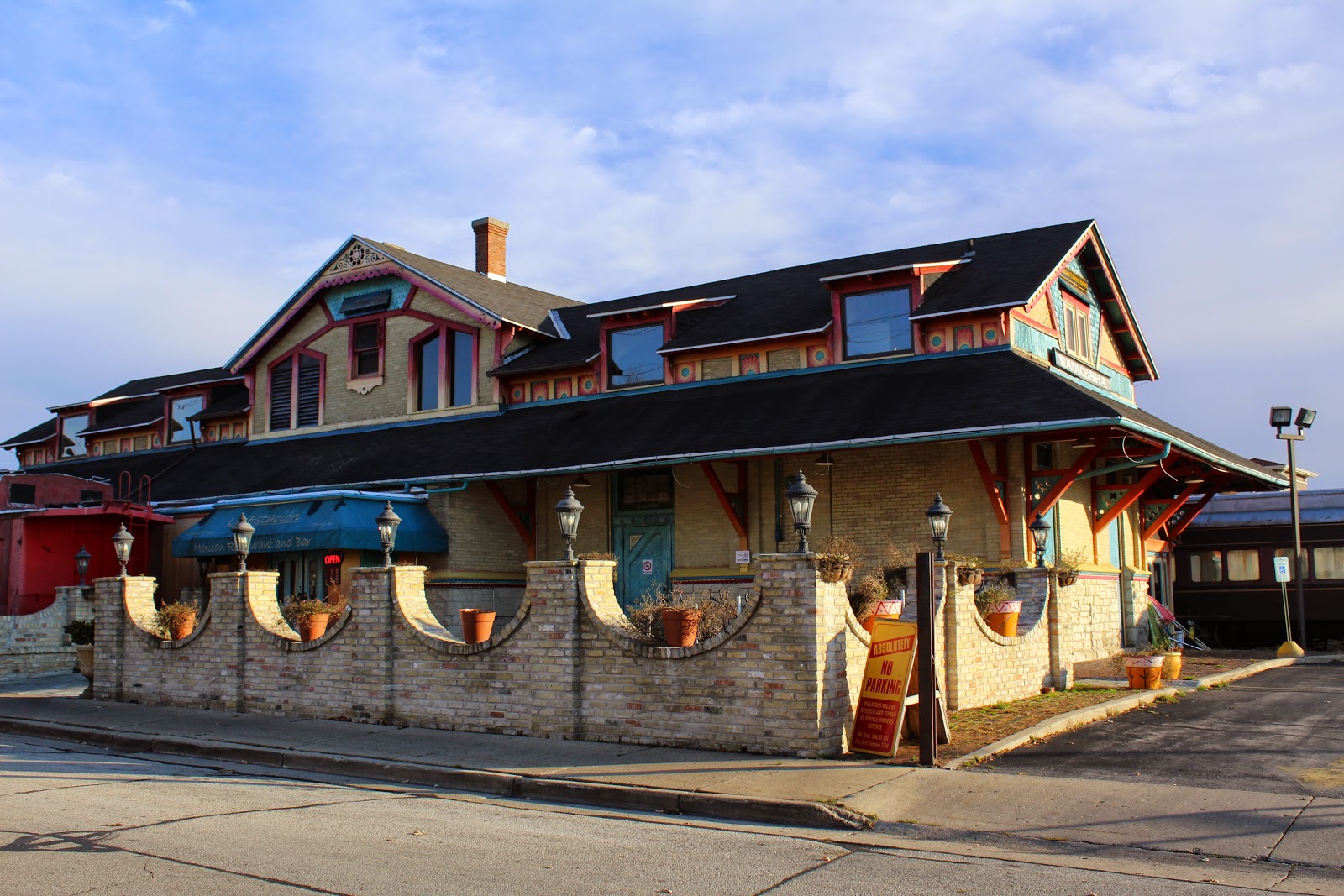 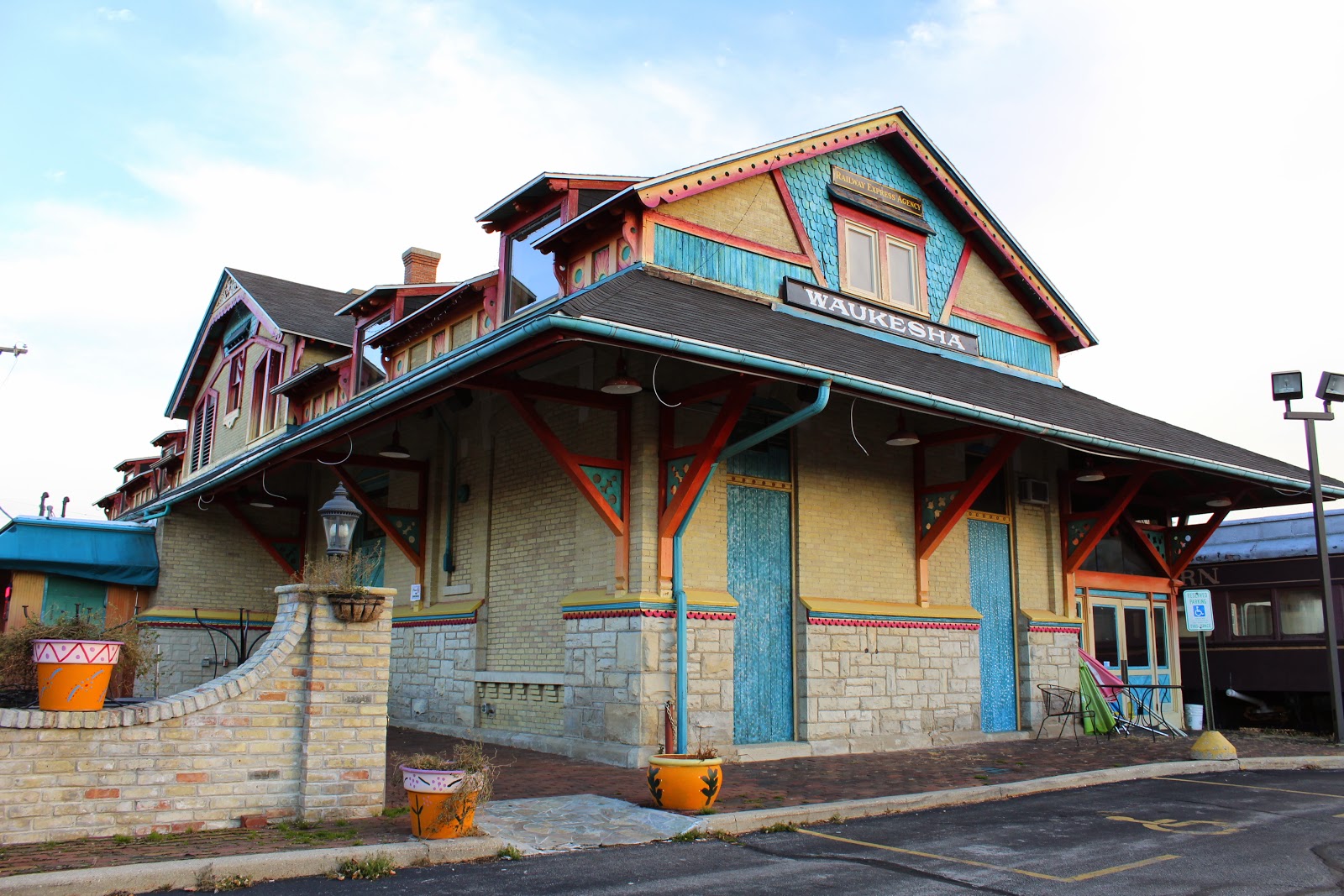 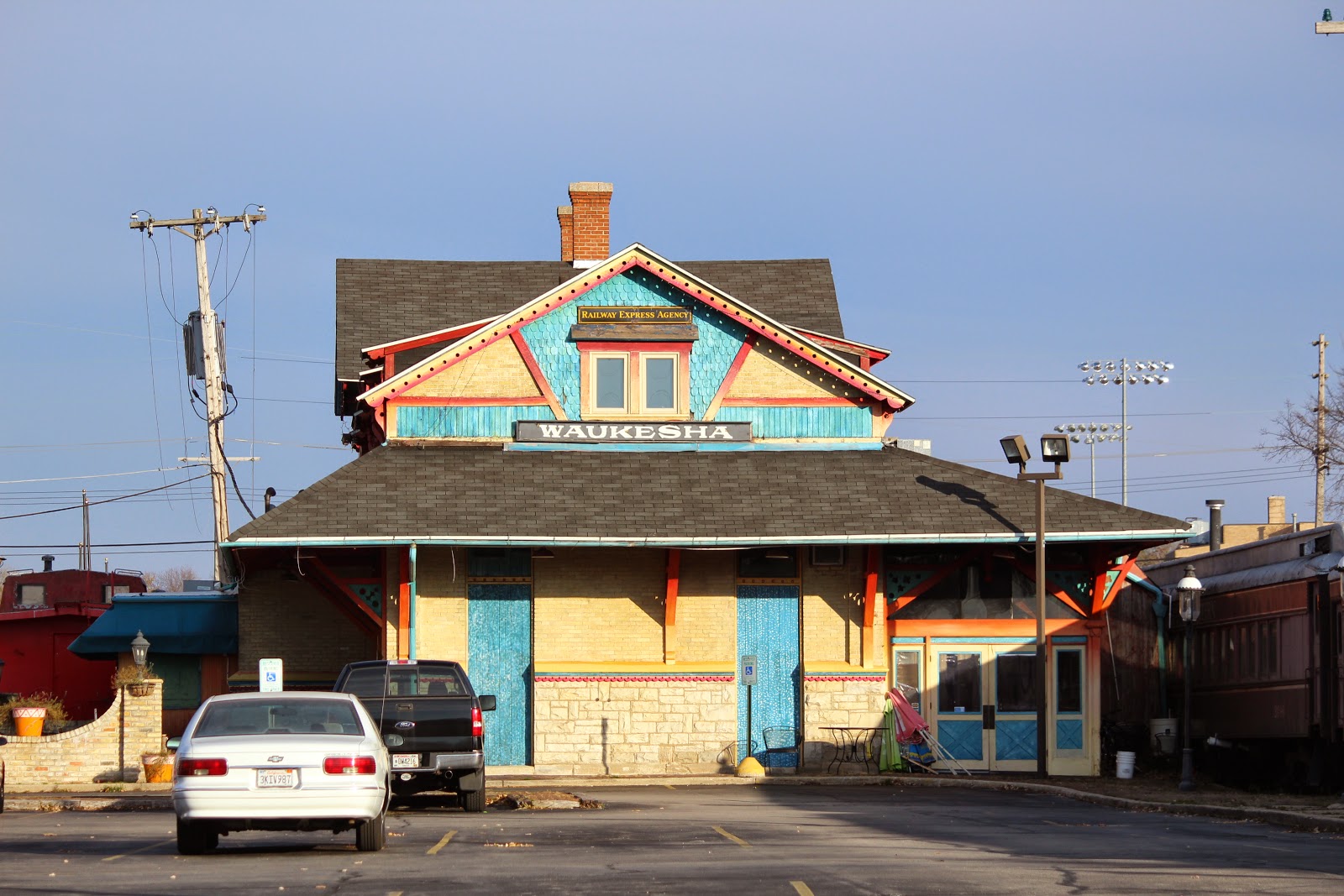 The parking lot-side of the building.