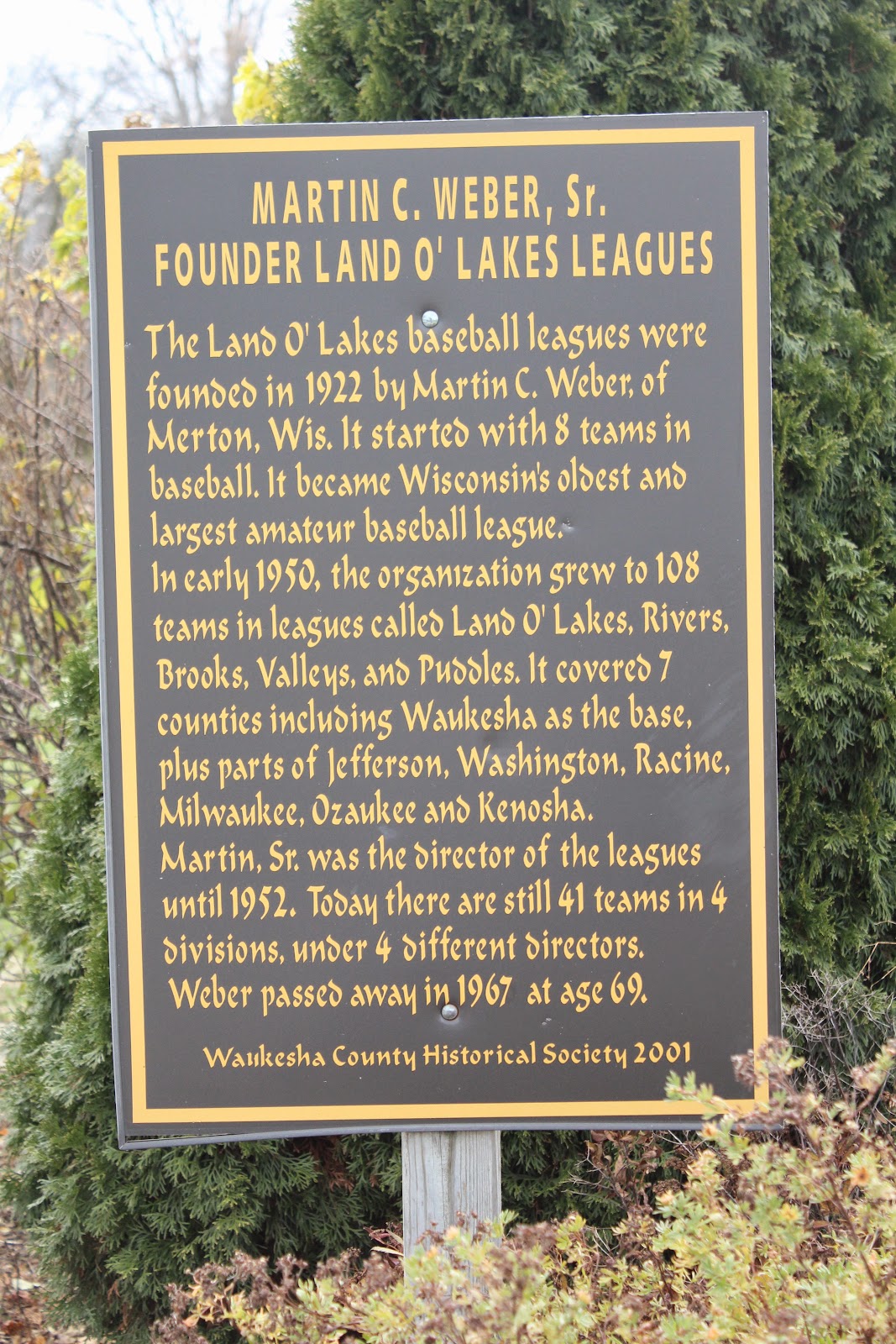 The Land O' Lakes baseball leagues were founded in 1922 by Martin C. Weber of Merton, Wis. It started with 8 teams in baseball. It became Wisconsin's oldest and largest amateur baseball league.

In early 1950, the organization grew to 108 teams in leagues called Land O' Lakes, Rivers, Brooks, Valleys, and Puddles. It covered 7 counties including Waukesha as the base, plus parts of Jefferson, Washington, Racine, Milwaukee, Ozaukee and Kenosha.

Martin, Sr. was the director of the leagues until 1952. Today there are still 41 teams in 4 divisions, under 4 different directors. Weber passed away in 1966 at age 69.

The marker is located at Merton Firemens Park at the entrance to the hardball field where West Street and Ted Bies Boulevard converge inside the park, west of their intersections with County Highway VV, Hartland, Wisconsin 53029.

This marker is No. 16-03 in a series of historical markers erected by the Waukesha County Historical Society. 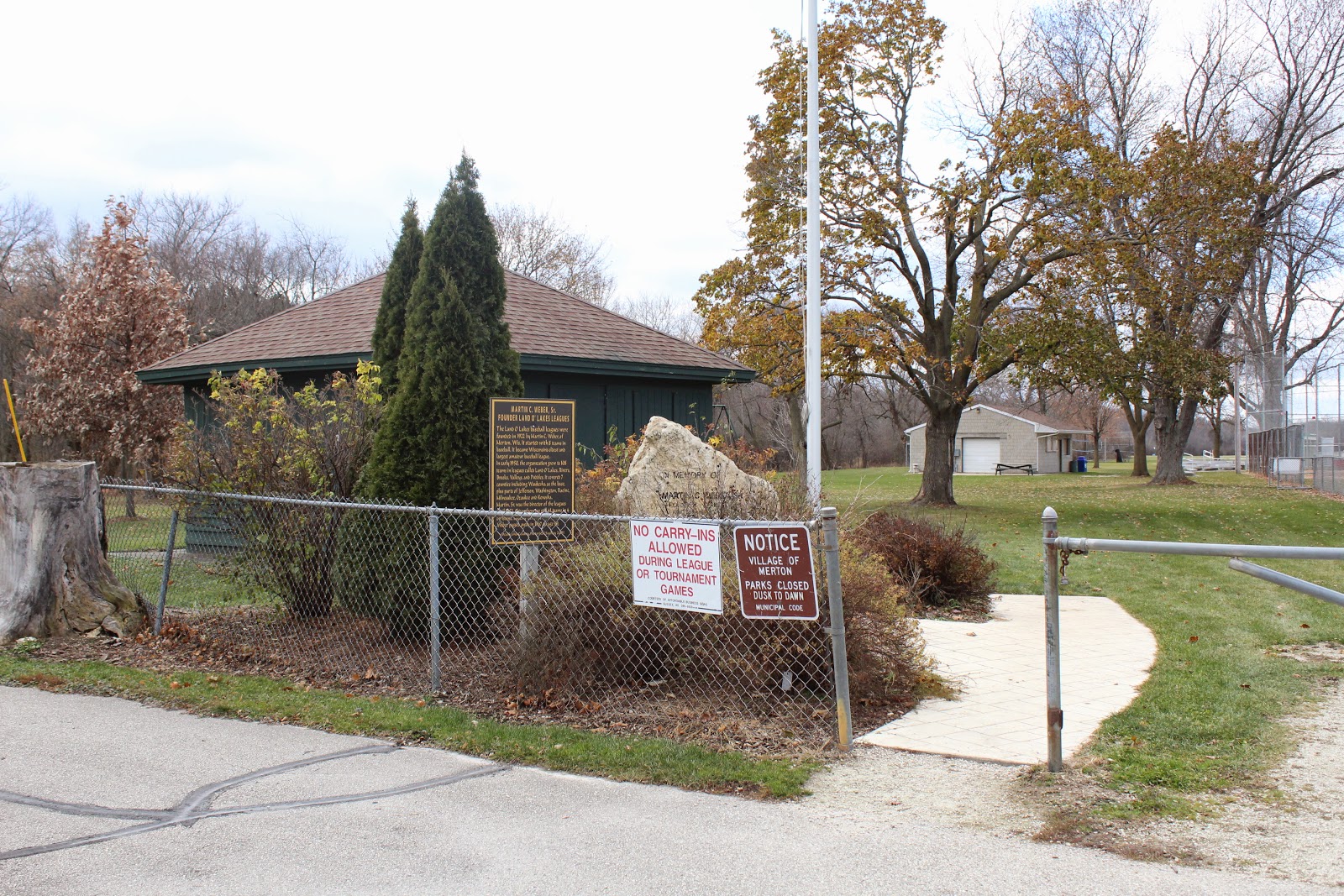 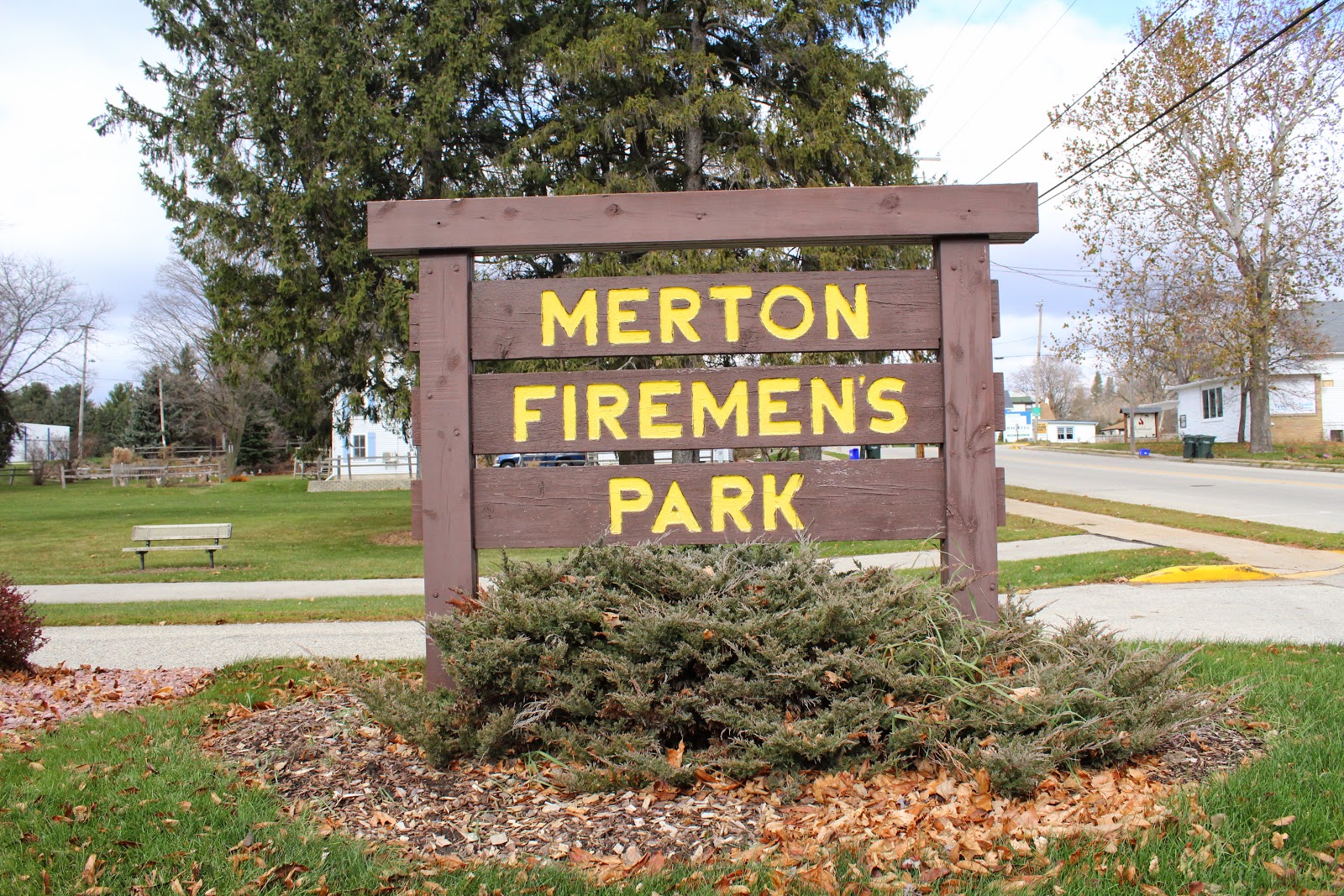 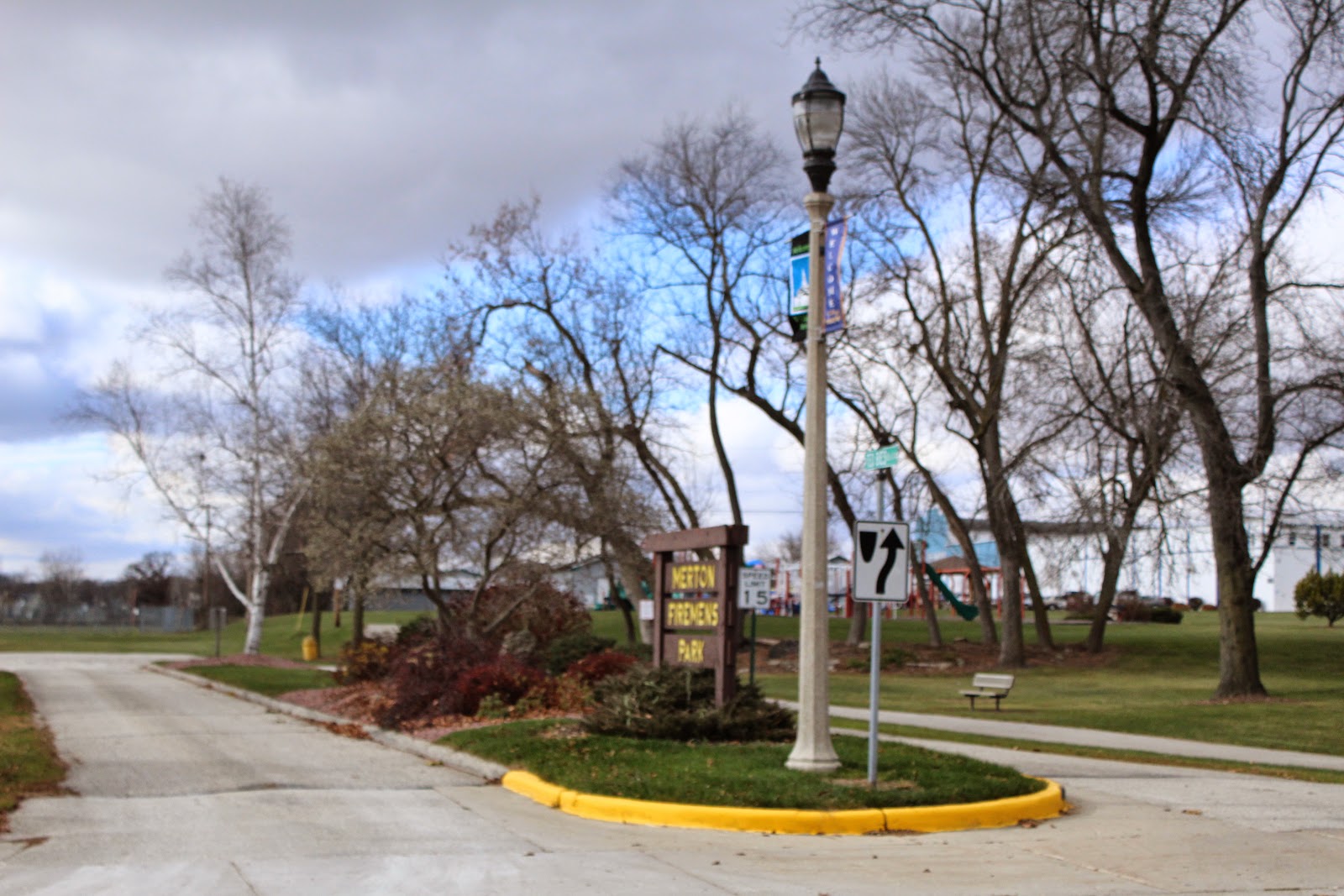 The Ted Bies Boulevard entrance to Merton Firemens Park.
Just follow the road to the right to easily find the memorial.