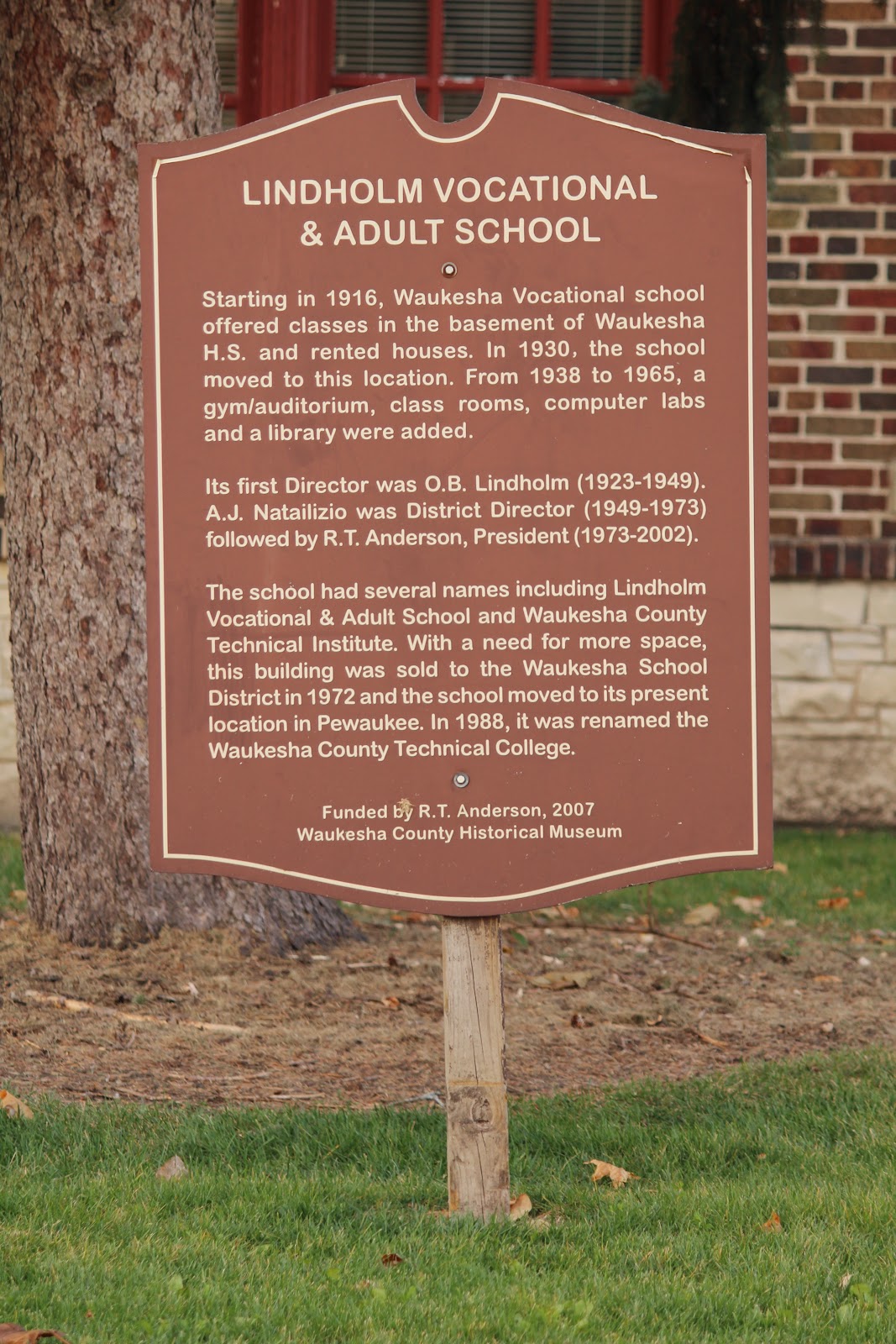 Starting in 1916, Waukesha Vocational school offered classes in the basement of Waukesha H.S. and rented houses. In 1930, the school moved to this location. From 1938 to 1965, a gym/auditorium, class rooms, computer labs and a library were added.

The marker is located on southbound Maple Avenue, south of its intersection with Dunbar Avenue, on the grounds of the Waukesha School District, at 222 Maple Avenue, Waukesha, Wisconsin 53186.

Education for a Lifetime: A History of the First 75 Years of Waukesha County Technical College

The marker is No. 34-09 in a series of historical markers erected by the Waukesha County Historical Society. 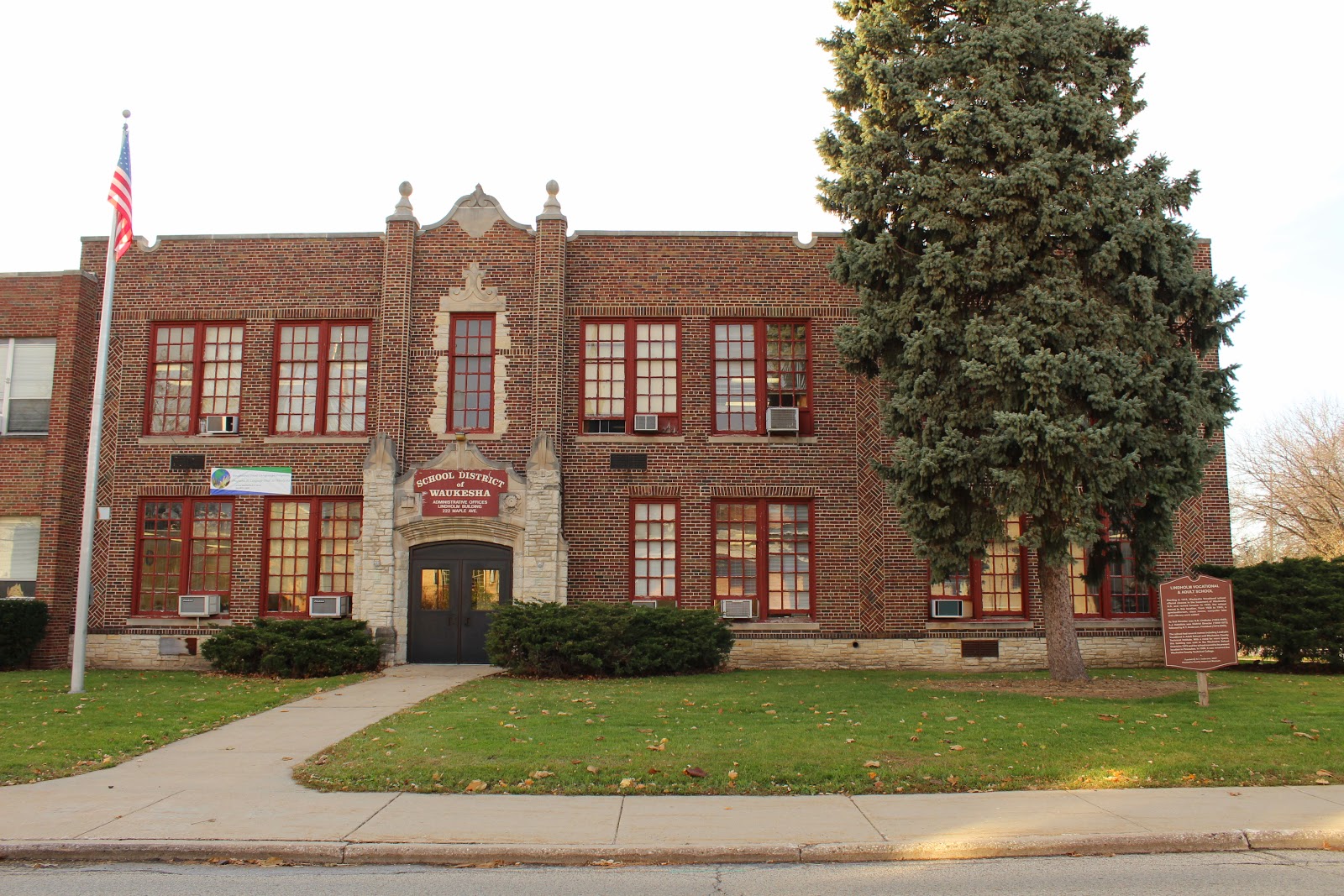 The marker is visible on the far right in this photo. 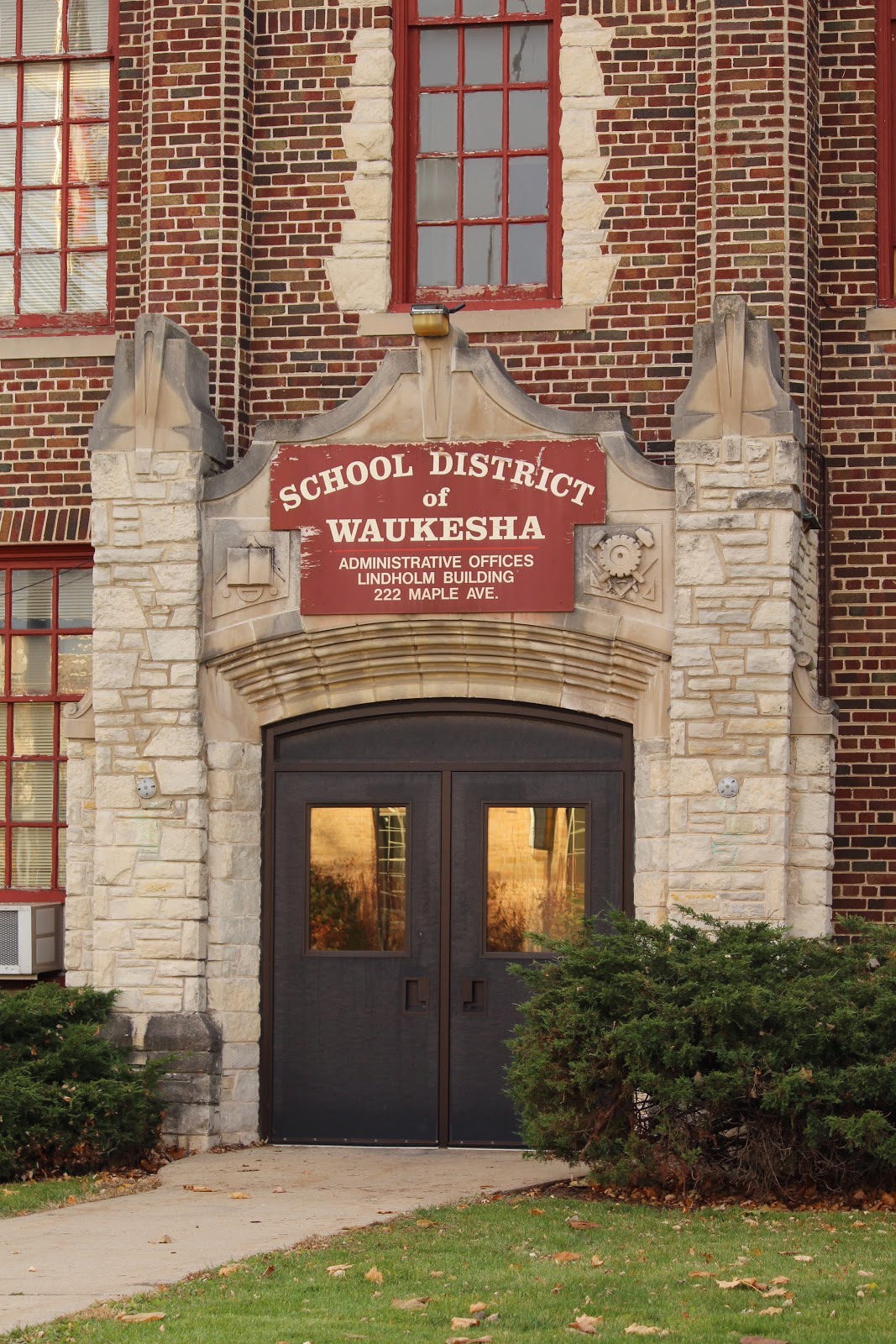 The entrance to the school. 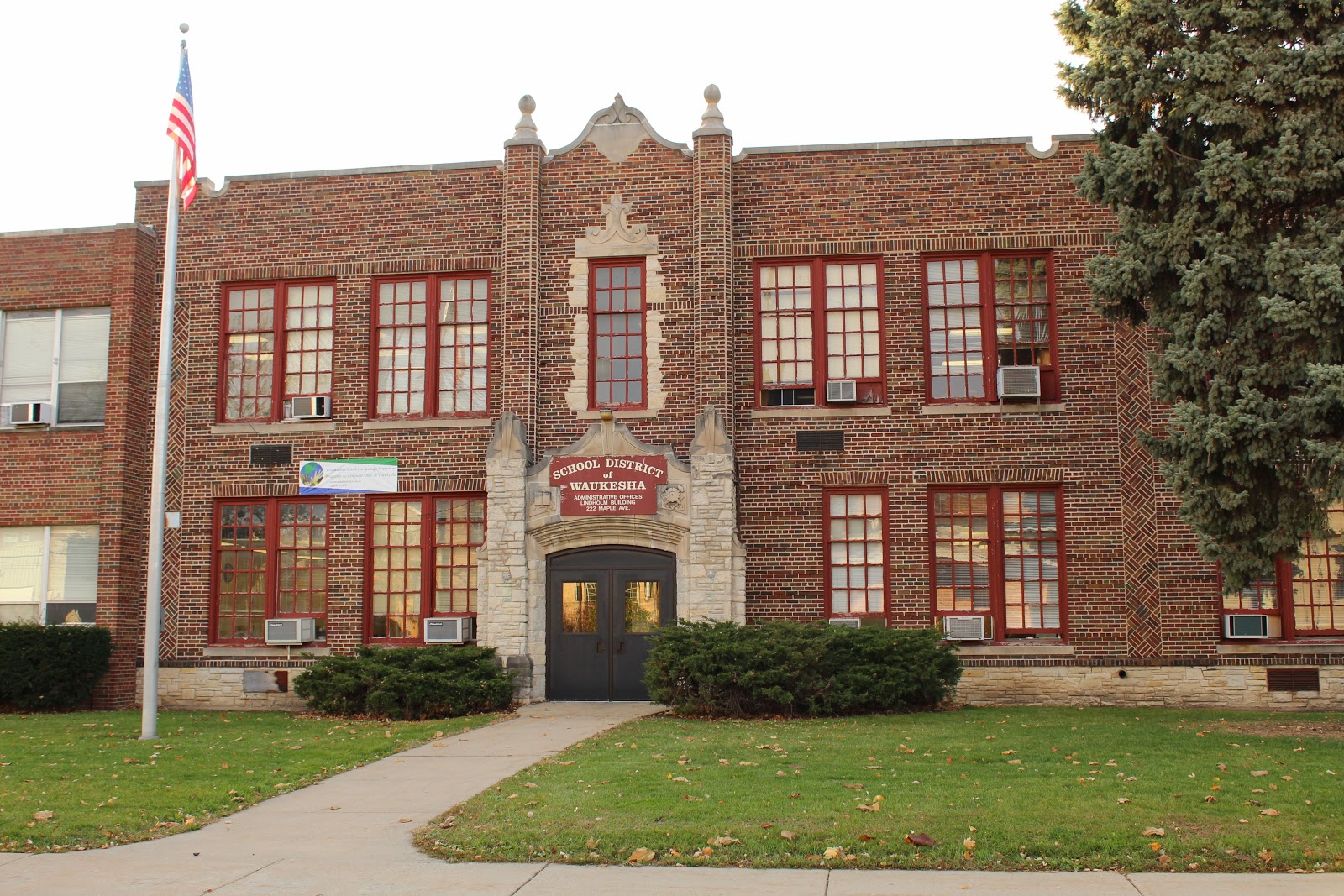