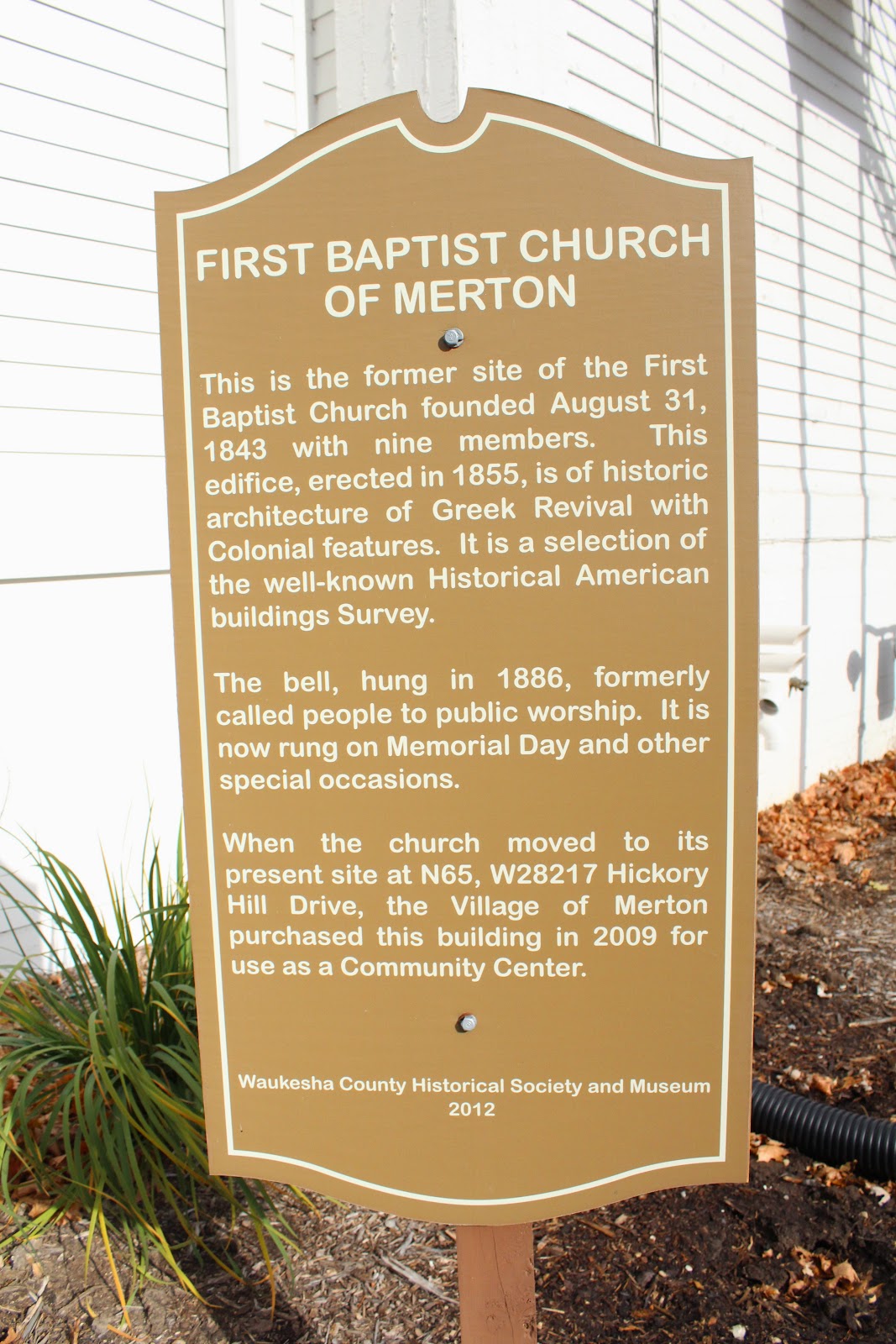 This is the former site of the First Baptist Church of Merton founded August 31, 1843 with nine members. This edifice, erected in 1855, is of historic architecture of Greek Revival with Colonial features. It is a selection of the well-known Historical American Buildings Survey.

The bell, hung in 1886, formerly called people to public worship. It is now rung on Memorial day and other special occasions.

When the church moved to its present site at N65, W28217 Hickory Hill Drive, the Village of Merton purchased this building in 2009 for use as a community center.


The marker is No. 16-02 in a series of historical markers erected by the Waukesha County Historical Society. 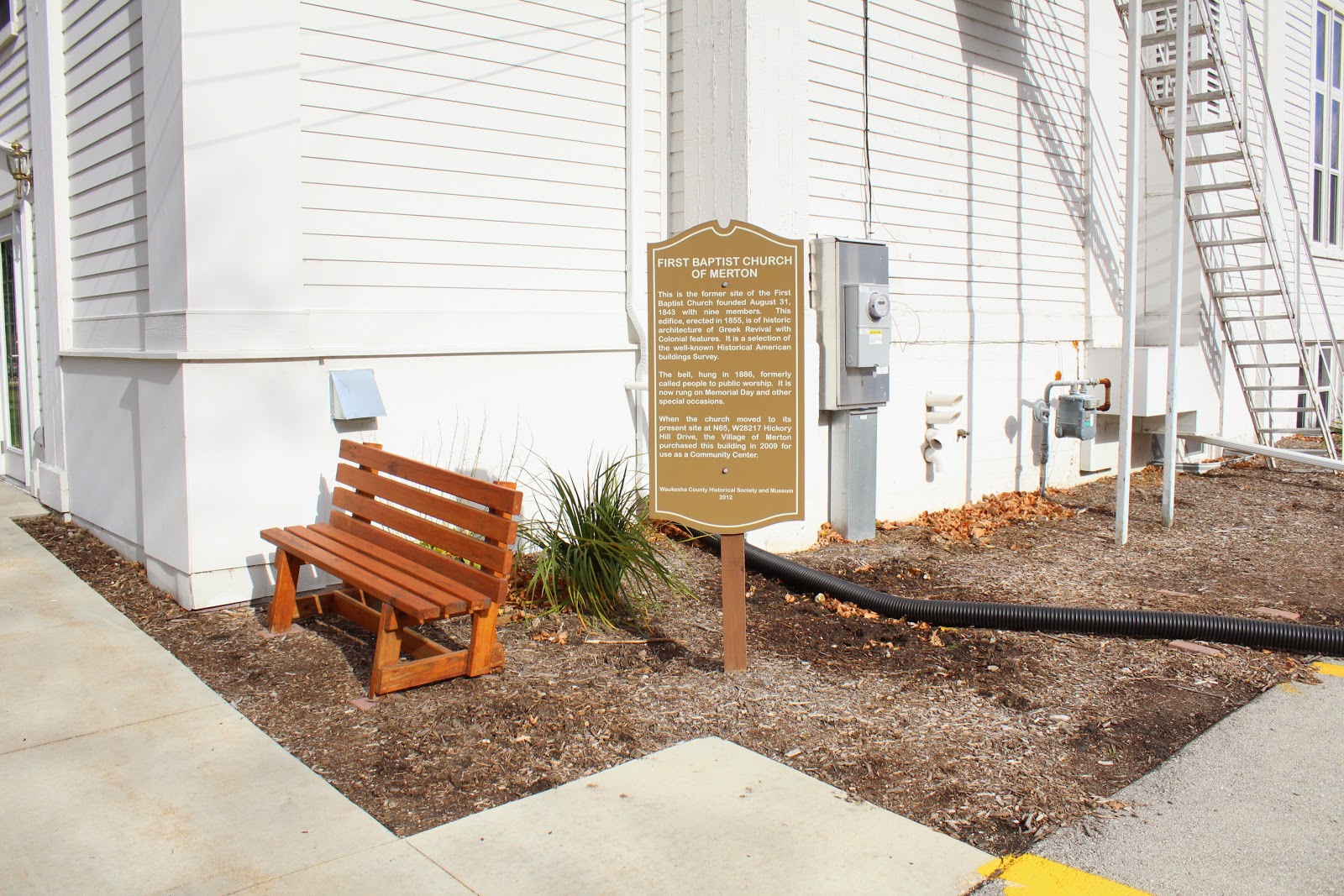 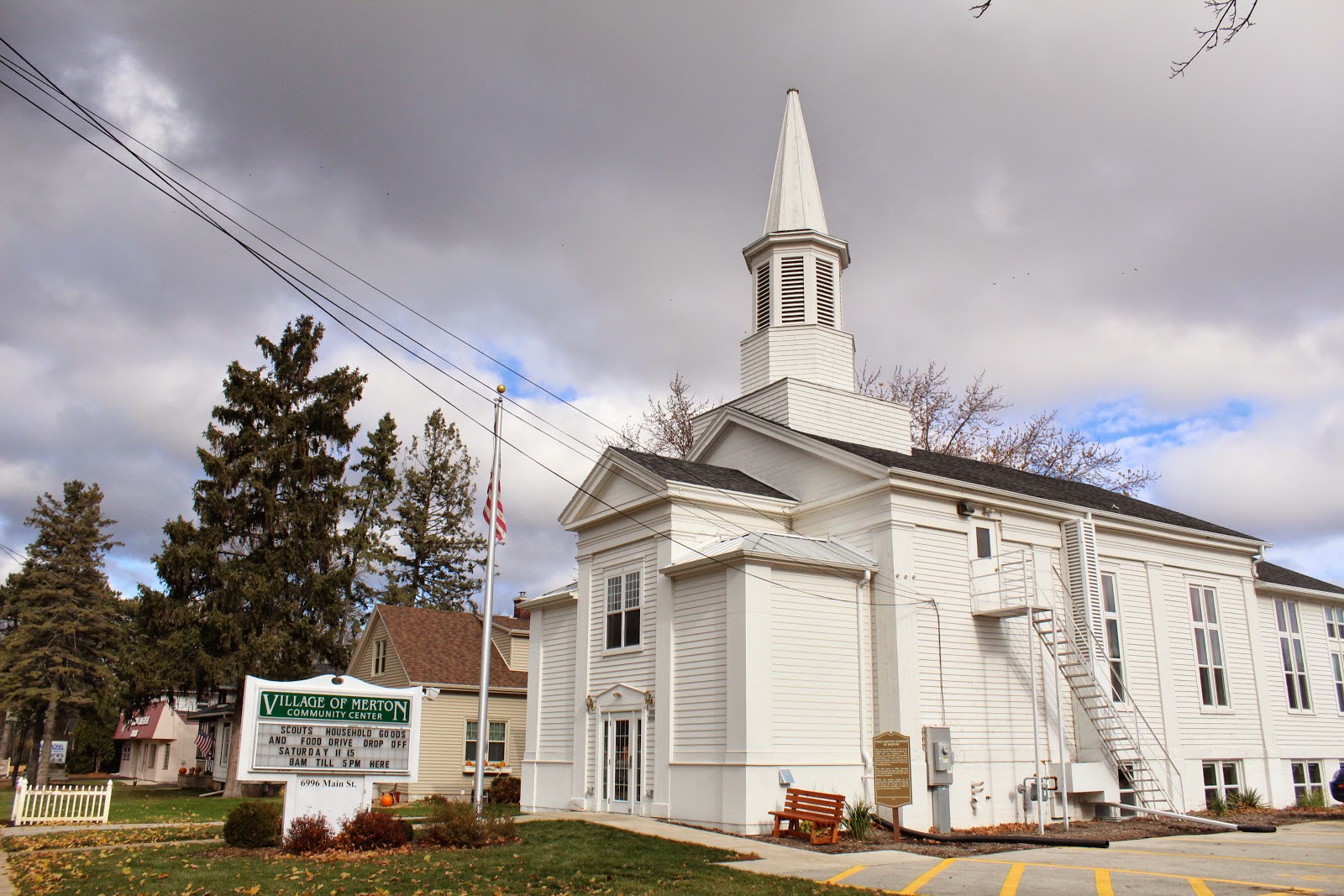 A simple, but stately building,
it is now the Village of Merton Community Center. 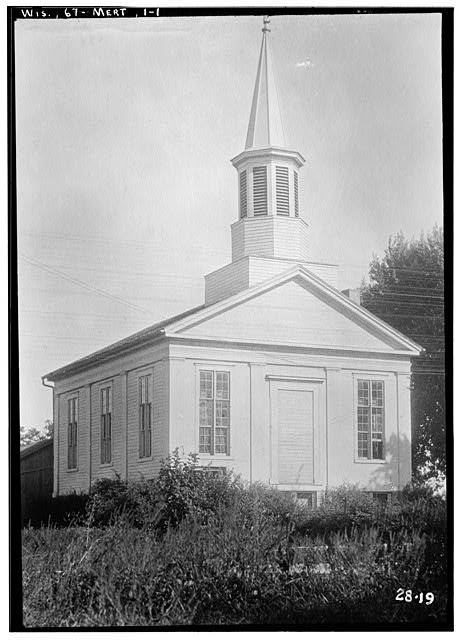 The Baptist Church at Merton, Wisconsin, is located on the main highway leading through the town. It was built in the early [18]40's by a group of Vermonters who settled in this wilderness town in the late [18]30's. In this group of easterners there was many a craftsmen who had learned his trade midst the Colonial influence back home. With an eye and feeling for this work it does not seem strange that when these Vermonters built their new church that they should build it in the style of little Colonial meeting-houses of the east. Though it is a Baptist Church, it has all the earmarks of the typical Puritan meeting house. It is a rectangular little building, of just one room, heater with stoves, and without a basement. This, indeed, was a primitive meeting-place, but it has lasted all these years, and though it has been remodelled, it still has much of its old charm and beauty left.

The exterior facing of the sides and rear is of siding broken up with delicate pilasters. The front, too, has these pilasters, but in place of the siding there is flush boarding which gives the front a different accent. This suggests the eastern work. One must look far in the northwest for a modest steeple which has as much interest as this one. The doorway with its wide architrave and its classical croissette at the top is reminiscent of Colonial work.

Today the building has lost some of its original identity. The majestic doorway is boarded up. The building has been raised, a Sunday School being placed below it. An off center entrance has been built. If ever a building was desecrated, this one has been. The building is in good condition and is still in use. 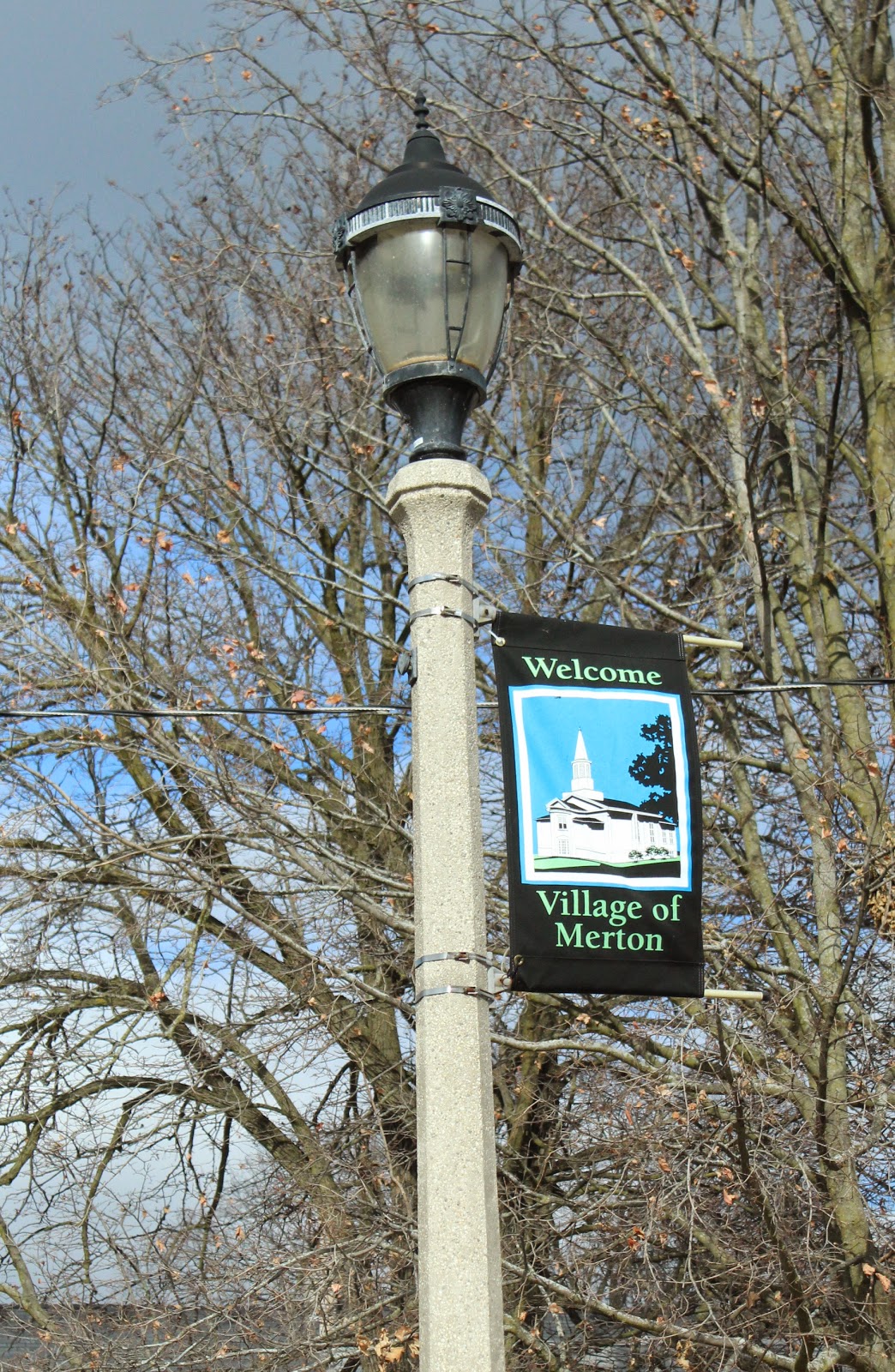 The Village of Merton is proud of its First Baptist Church!