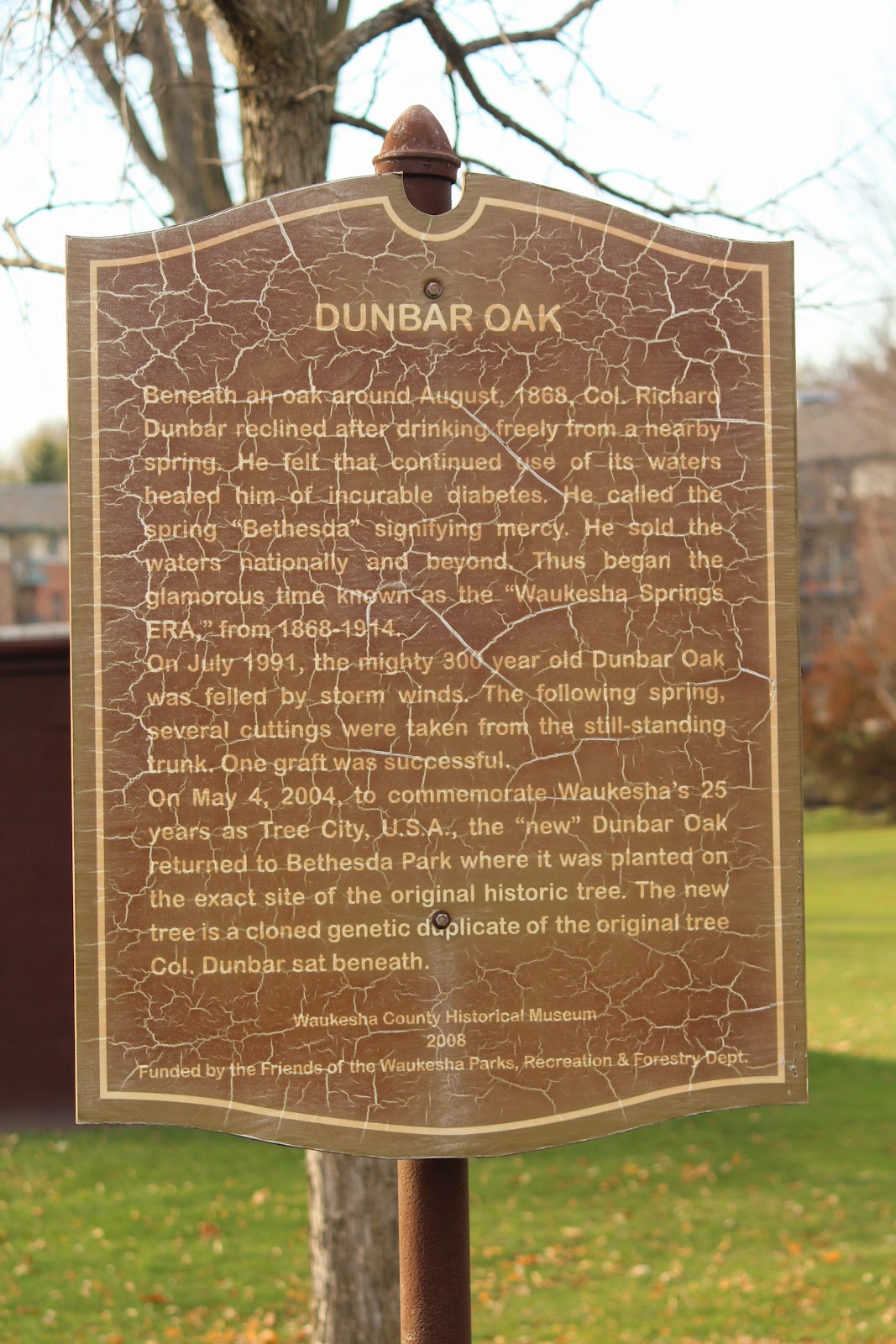 Beneath an oak around August, 1868, Col. Richard Dunbar reclined after drinking freely from a nearby spring. He felt that continued use of its waters healed him of incurable diabetes. He called the spring “Bethesda” signifying mercy. He sold the waters nationally and beyond. Thus began the glamorous time known as the “Waukesha Springs ERA,” from 1868-1914.

On [sic] July 1991, the mighty 300 year old Dunbar Oak was felled by storm winds. The following spring, several cuttings were taken from the still-standing trunk. One graft was successful.

On May 24, 2004, to commemorate Waukesha’s 25 years as Tree City, U.S.A., the “new” Dunbar Oak returned to Bethesda Park where it was planted on the exact site of the original historic tree. The new tree is a cloned genetic duplicate of the original tree Col. Dunbar sat beneath.

The marker is located at Bethesda Spring Park on westbound Dunbar Avenue, west of its intersection with North West Avenue, in the 300 block of Dunbar Avenue, Waukesha, Wisconsin 53186.

The Dunbar Oak
This PDF is an excerpt from Every Root an Anchor: Wisconsin's Famous and Historic Trees by R. Bruce Allison. Interestingly, the Waukesha County Historical Society erected a marker in 1959 in front of the then-standing "Dunbar Oak". The marker text read:

Beneath this oak on or about Aug. 27, 1868, Col. Richard Dunbar reclined after drinking freely from a nearby spring. Continued use of its waters healed him of a mortal ailment. He called the spring "Bethesda" which signifies mercy. He sold the waters across the nation and beyond the seas. The names "Dunbar", "Bethesda", "Waukesha", became household words. Thus began the glamorous and exciting summer resort era of Waukesha as the "Saratoga of the West" 1870-1905.

The Dunbar Oak and the historical marker were the focal point of Bethesda Spring Park.

By 1991, the Dunbar Oak had developed a "pocket of decay that made it vulnerable", so the historic oak had been secured with cables. In July 1991, a storm with winds of nearly 100 miles-per-hour snapped the trunk of the Dunbar Oak and felled the tree. A count of the tree's annual rings indicated it was more than 320 years old.

The community was deeply affected by the loss of the tree. Onlookers came to pay their last respects, and a long line of cars passed solemnly past the site where the majestic oak had once stood.

David Liska, Waukesha City Forester, took cuttings from the Dunbar Oak trunk sprouts and delivered them to Johnson's Nursery. For 12 years, the cuttings were nurtured in secret. Then, in May 2004, as part of Waukesha's 25th anniversary celebration as a Tree City USA and the Wisconsin Forestry's 100th year, the "reborn" Dunbar Oak was revealed and planted where the original once stood. 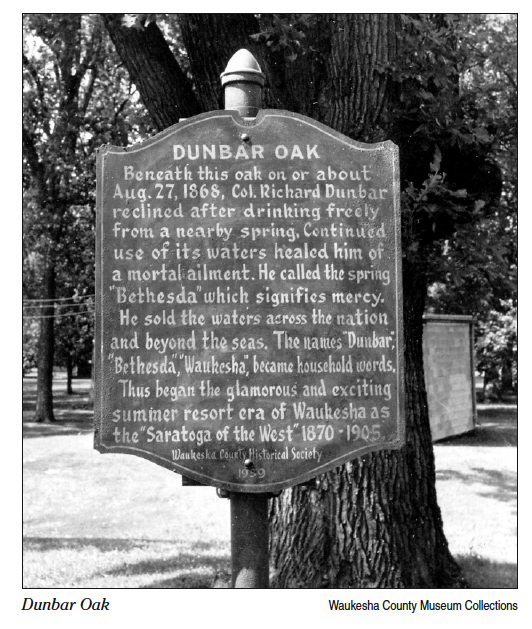 The original marker, erected in 1959 in front of the Dunbar Oak.
Permission for use graciously granted by Waukesha County Museum.

History of Waukesha: The Springs Era

The marker is No. 34-06 in a series of historical markers erected by the Waukesha County Historical Society. 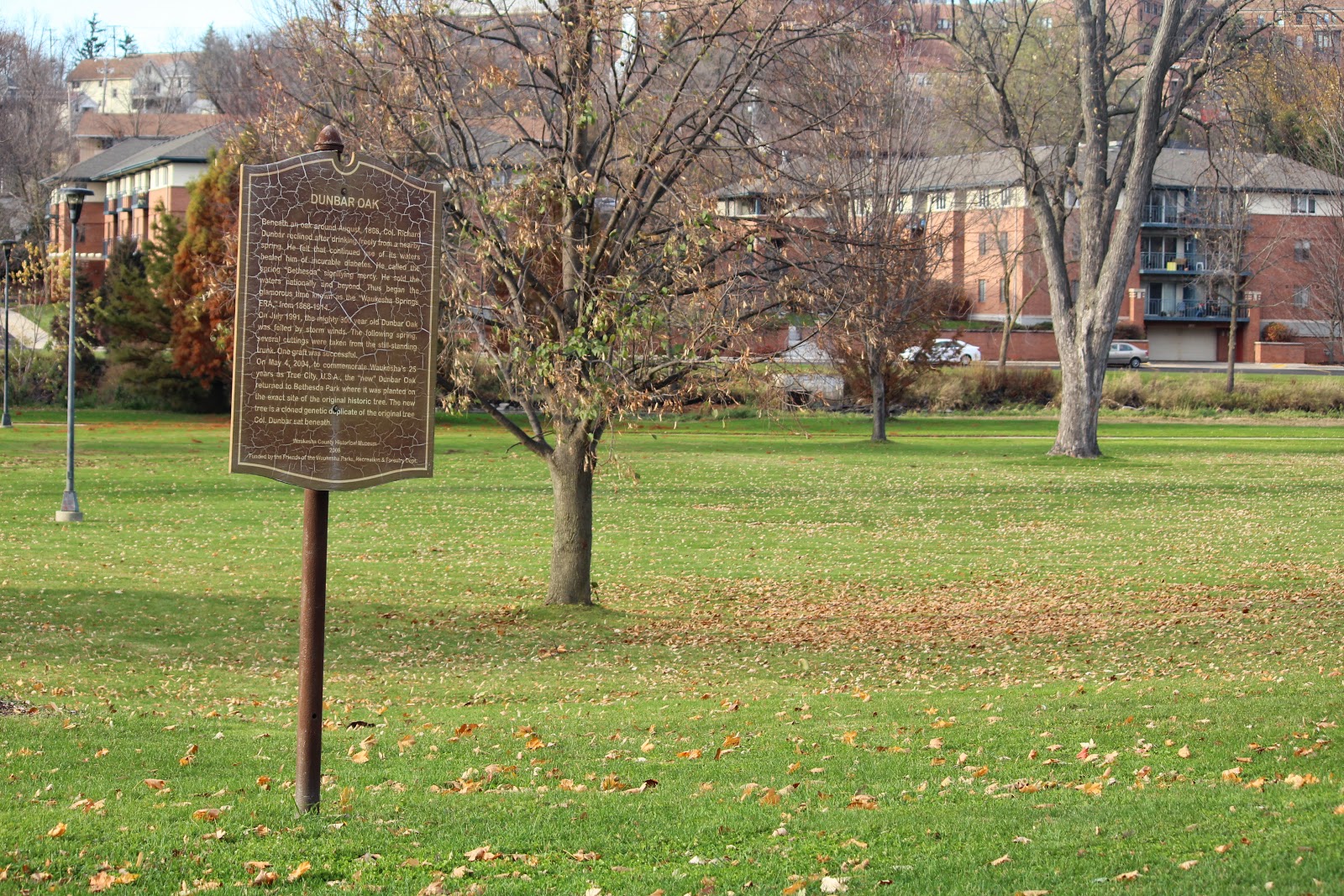 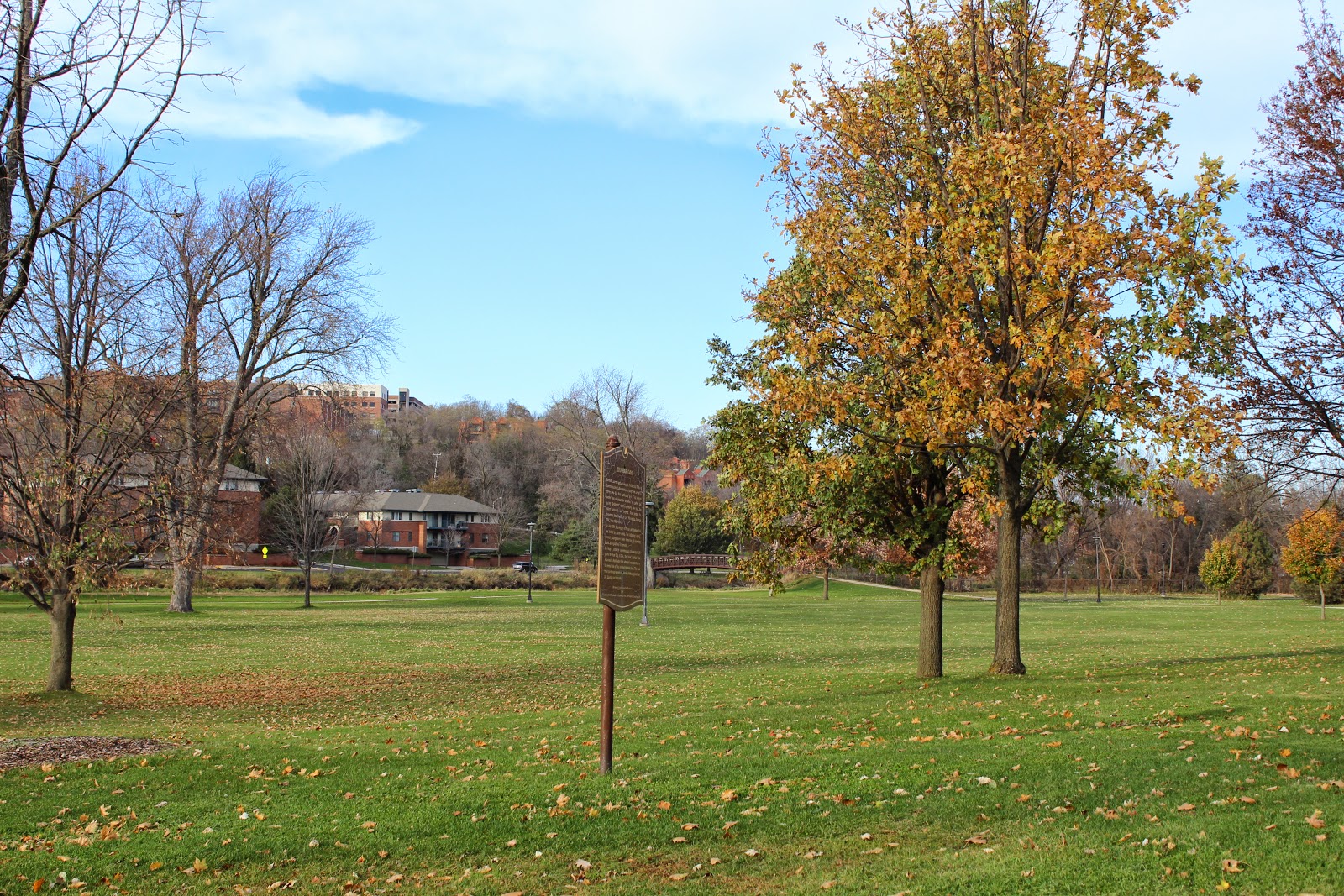 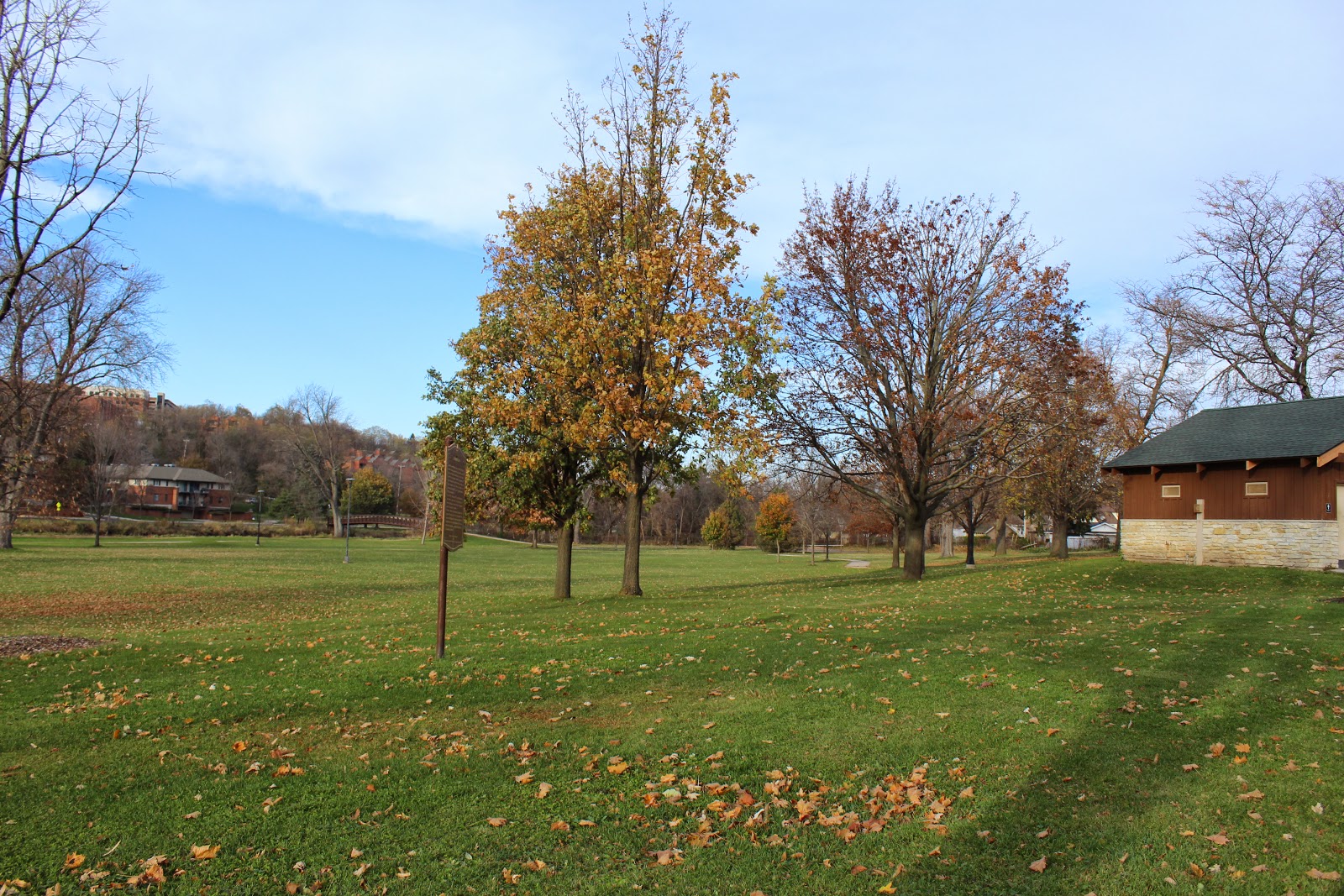 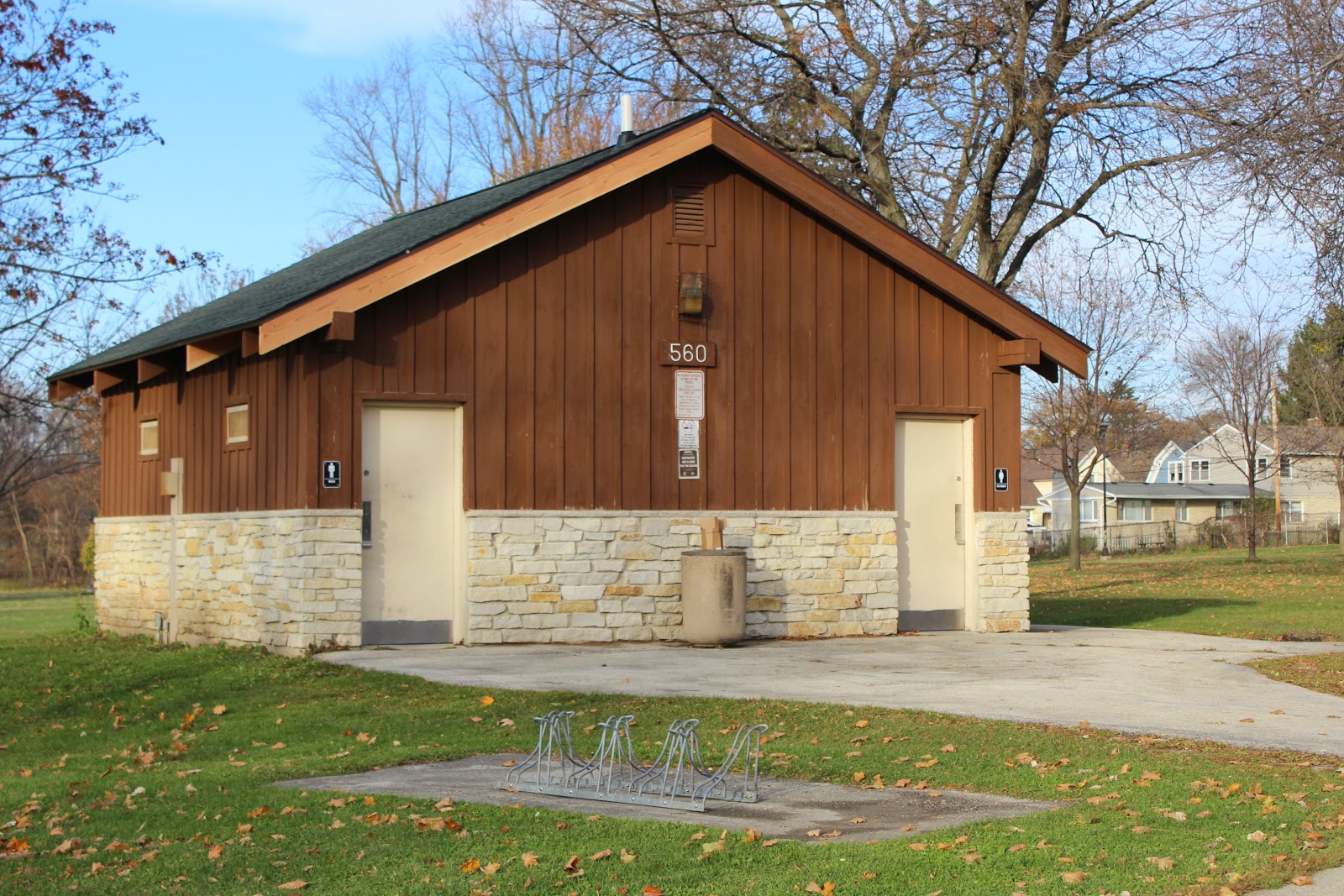 The marker is to the left of this building. 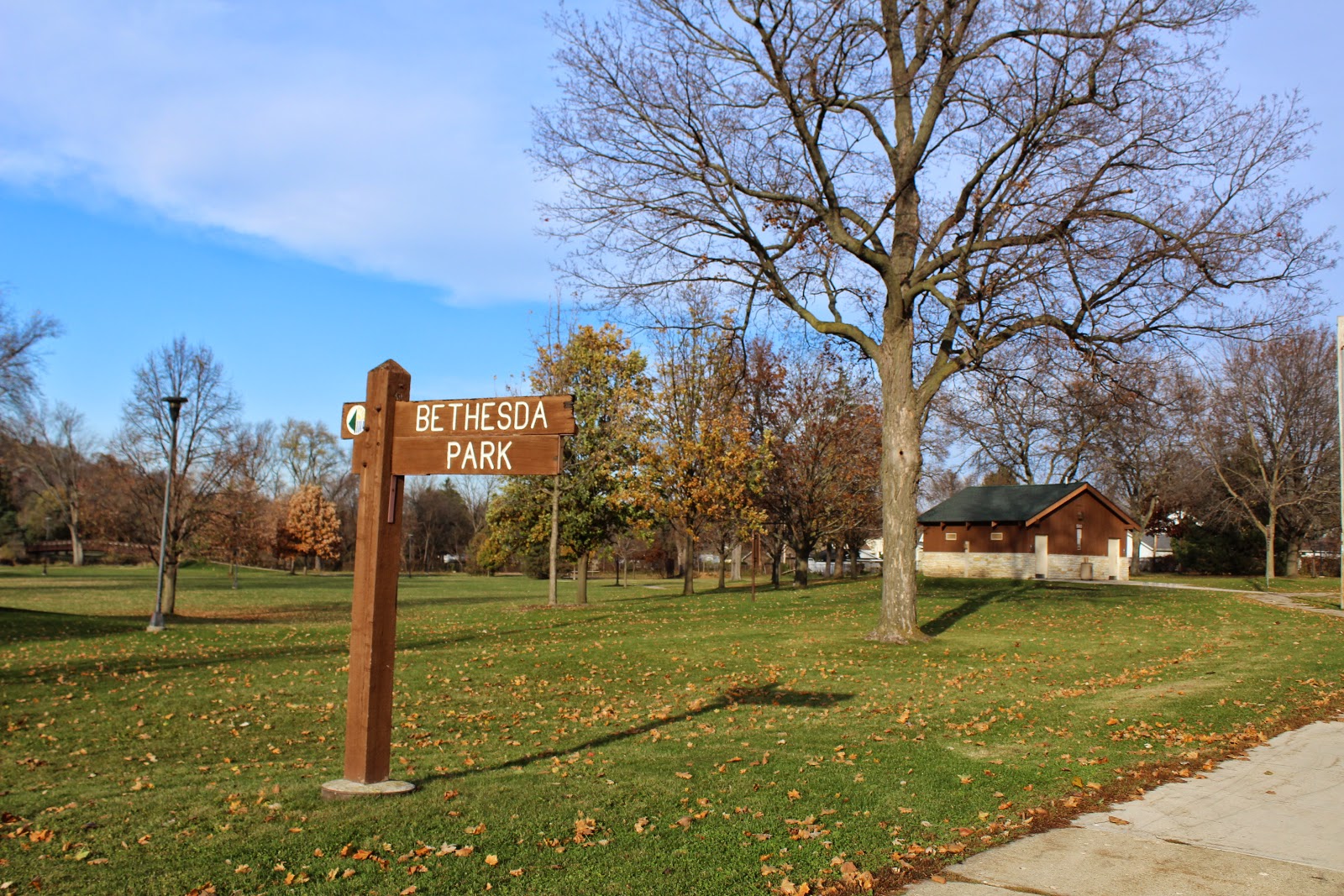 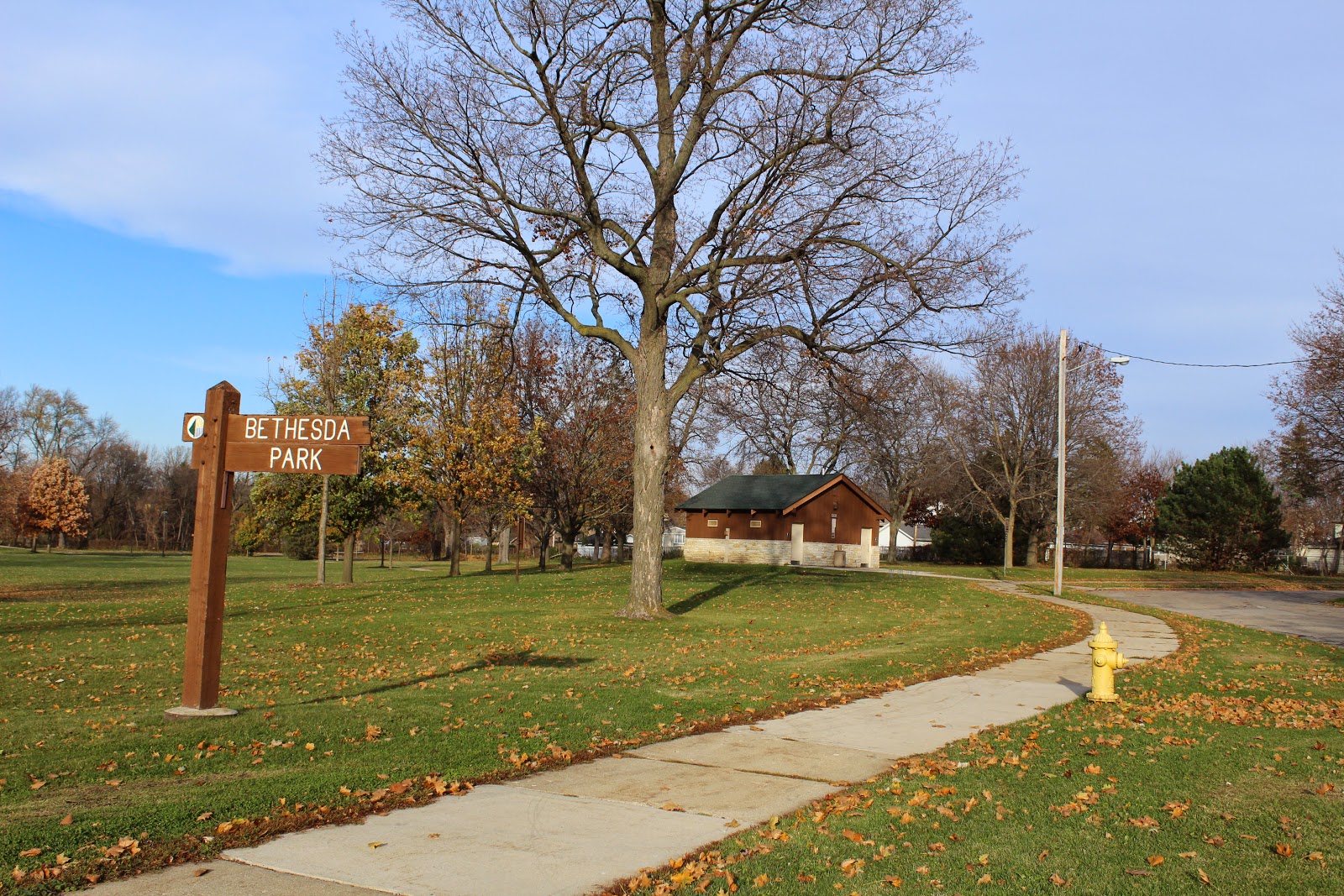 The marker is located in Bethesda Park
(looking east towards Dunbar Avenue).