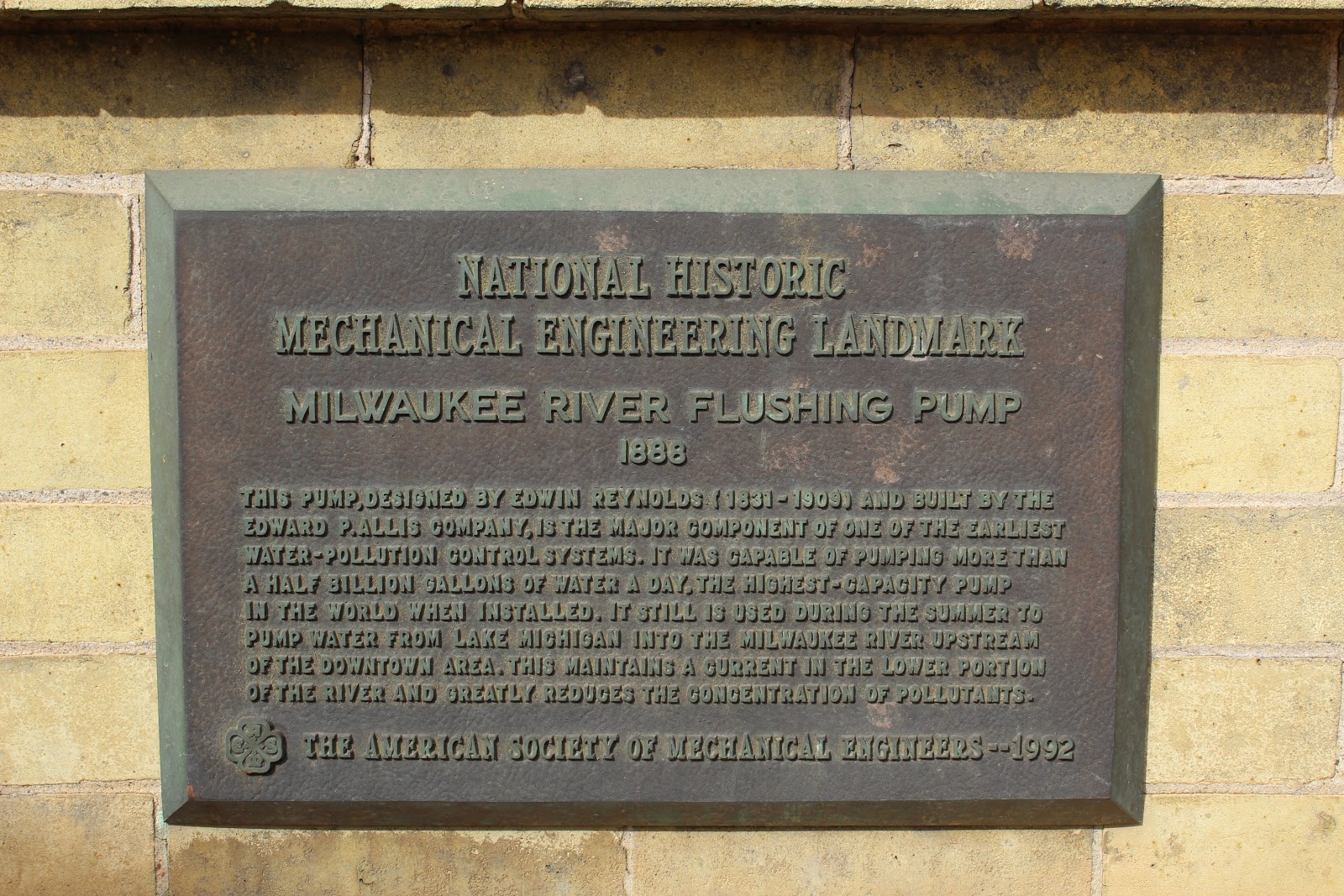 This pump, designed by Edwin Reynolds (1831-1909) and built by the Edward P. Allis Company, is the major component of one of the earliest water-pollution control systems. It was capable of pumping more than a half billion gallons of water a day, the highest-capacity pump in the world when installed. It still is used during the summer to pump water from Lake Michigan into the Milwaukee River upstream of the downtown area. This maintains a current in the lower portion of the river and greatly reduces the concentration of pollutants.

NOTE: This marker is a nightmare to access. The only parking is behind the building. The only way to access the parking lot is by entering from East Lafayette Hill Road (the parking lot is a one-way, narrow roadway). If you miss East Lafayette Hill Road, it's a long haul on busy North Lincoln Memorial Drive until you can turn back around. Once inside the parking lot, massive trucks are parked in spots too small, other vehicles are parked at will along the narrow roadway. Ingress and egress is a real challenge! One you've parked (assuming you're able to find a parking spot), make your way around to the part of the building that faces North Lincoln Memorial Drive. The marker is mounted to the facade (see photos below).

ASME: About the Landmarks Program

The Milwaukee River Flushing Station Designation as a Landmark Brochure
Date of  Dedication: November 15, 1992
This site represents the 106th National Historic Mechanical Engineering Landmark to be designated since the program began in 1971.

Examiner.com (April 12, 2012): Recycling Milwaukee's past: Alterra at the Lake 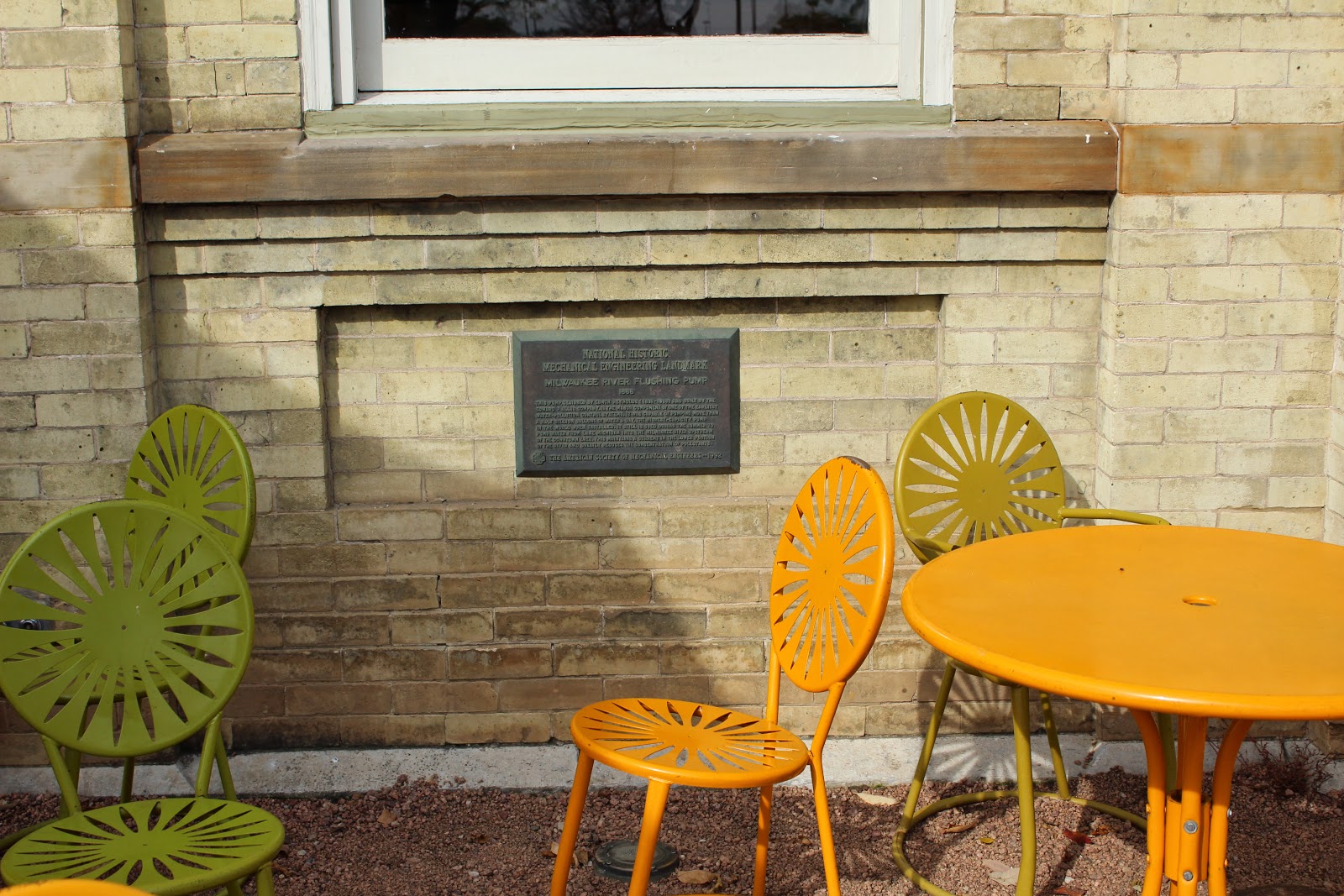 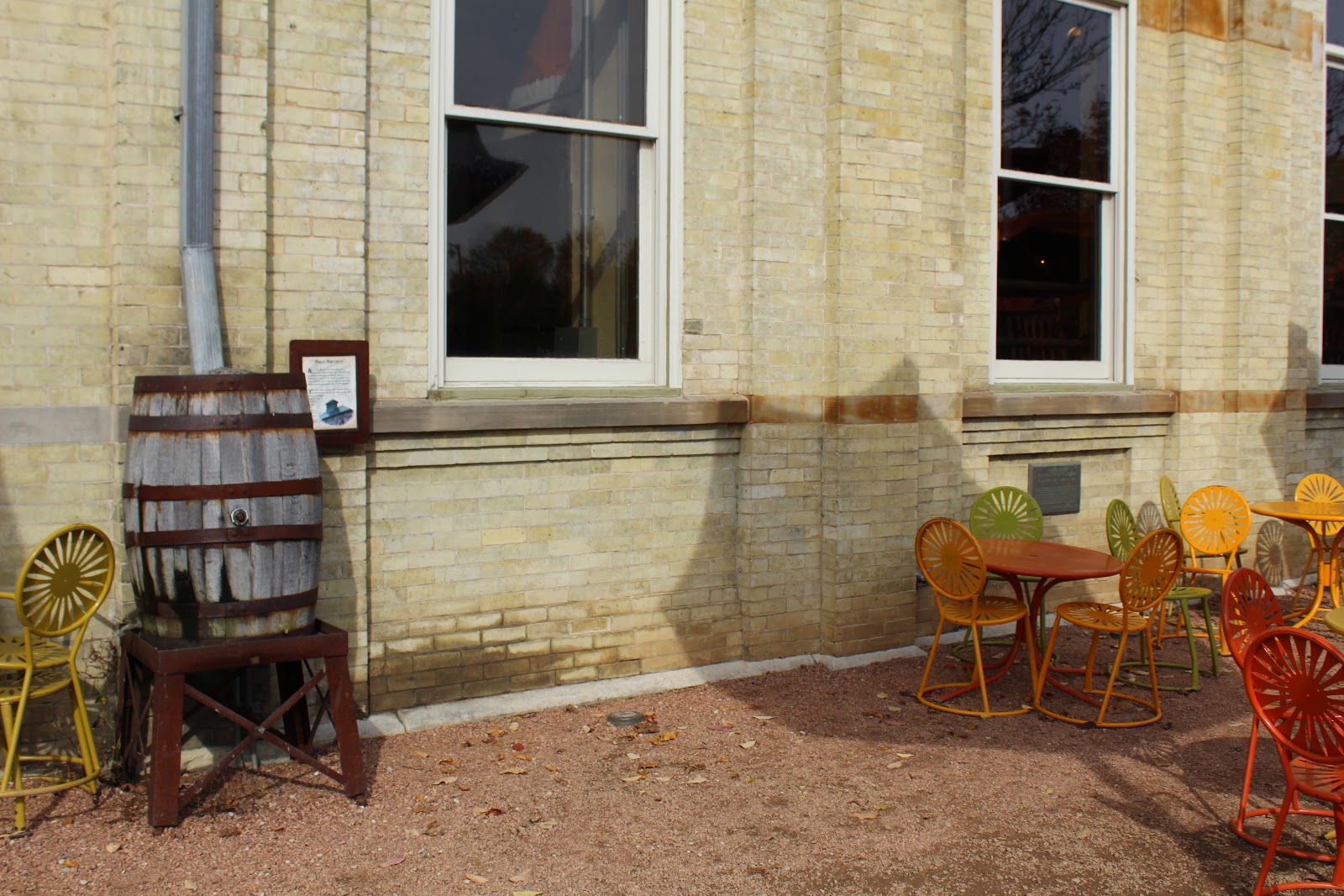 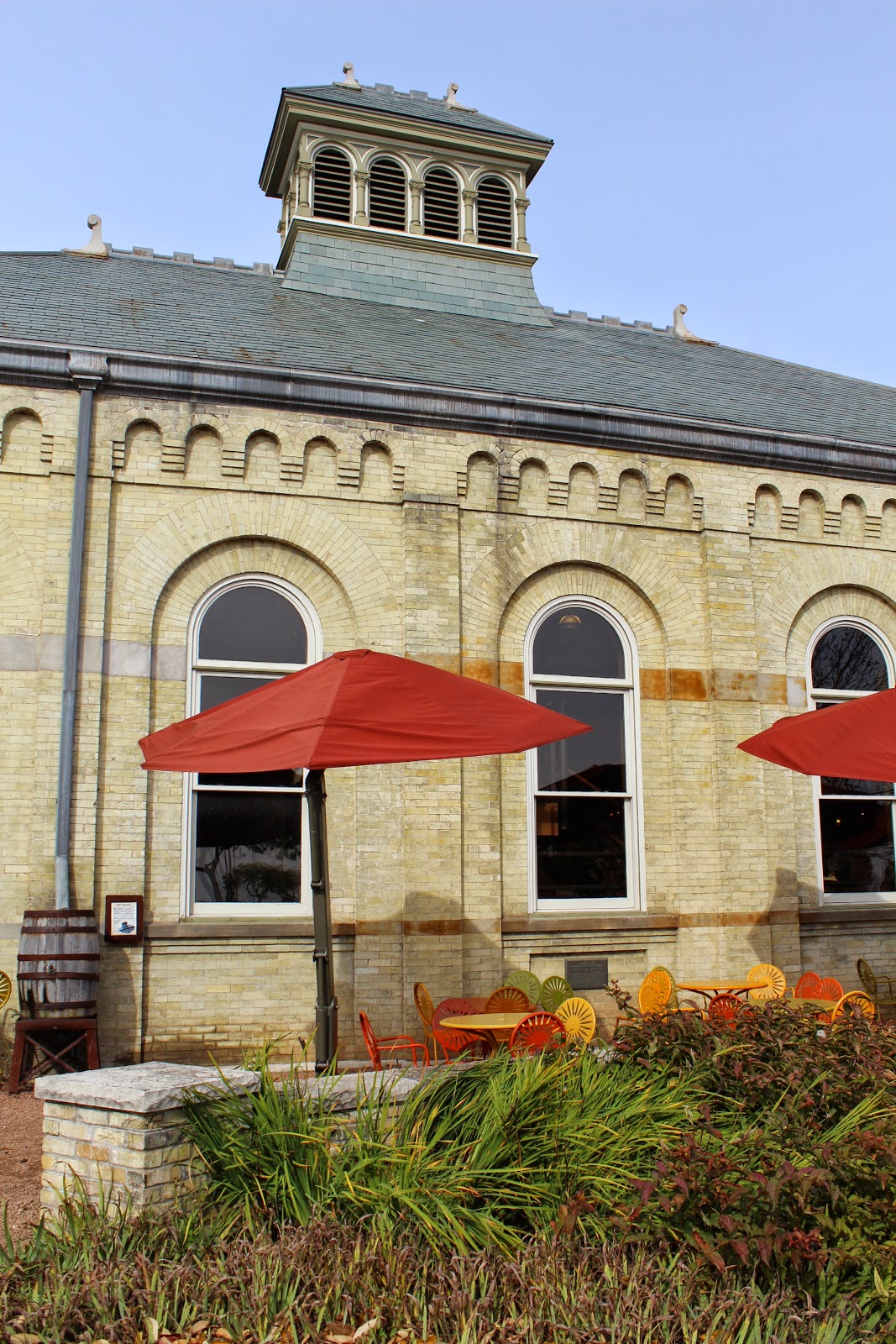 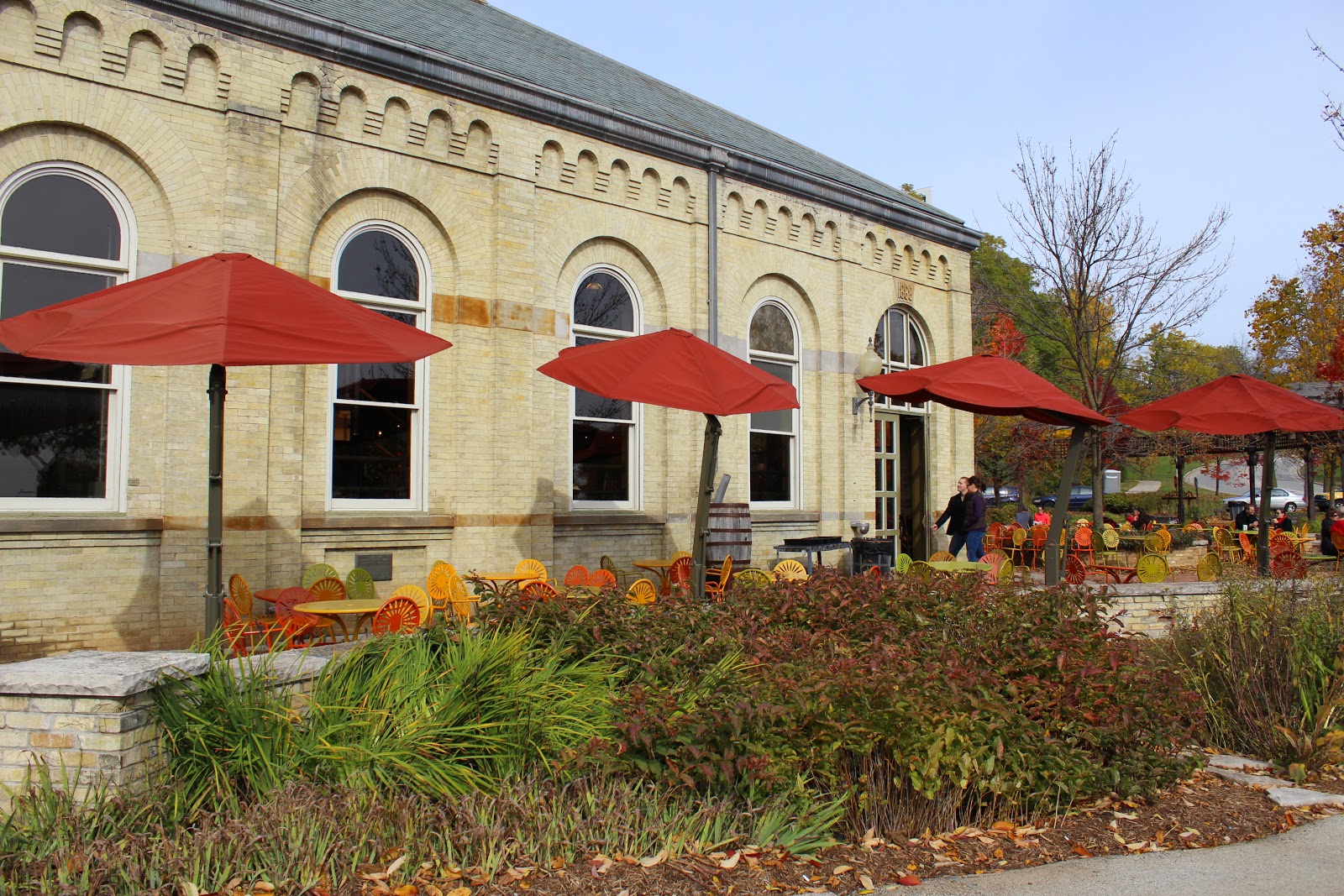 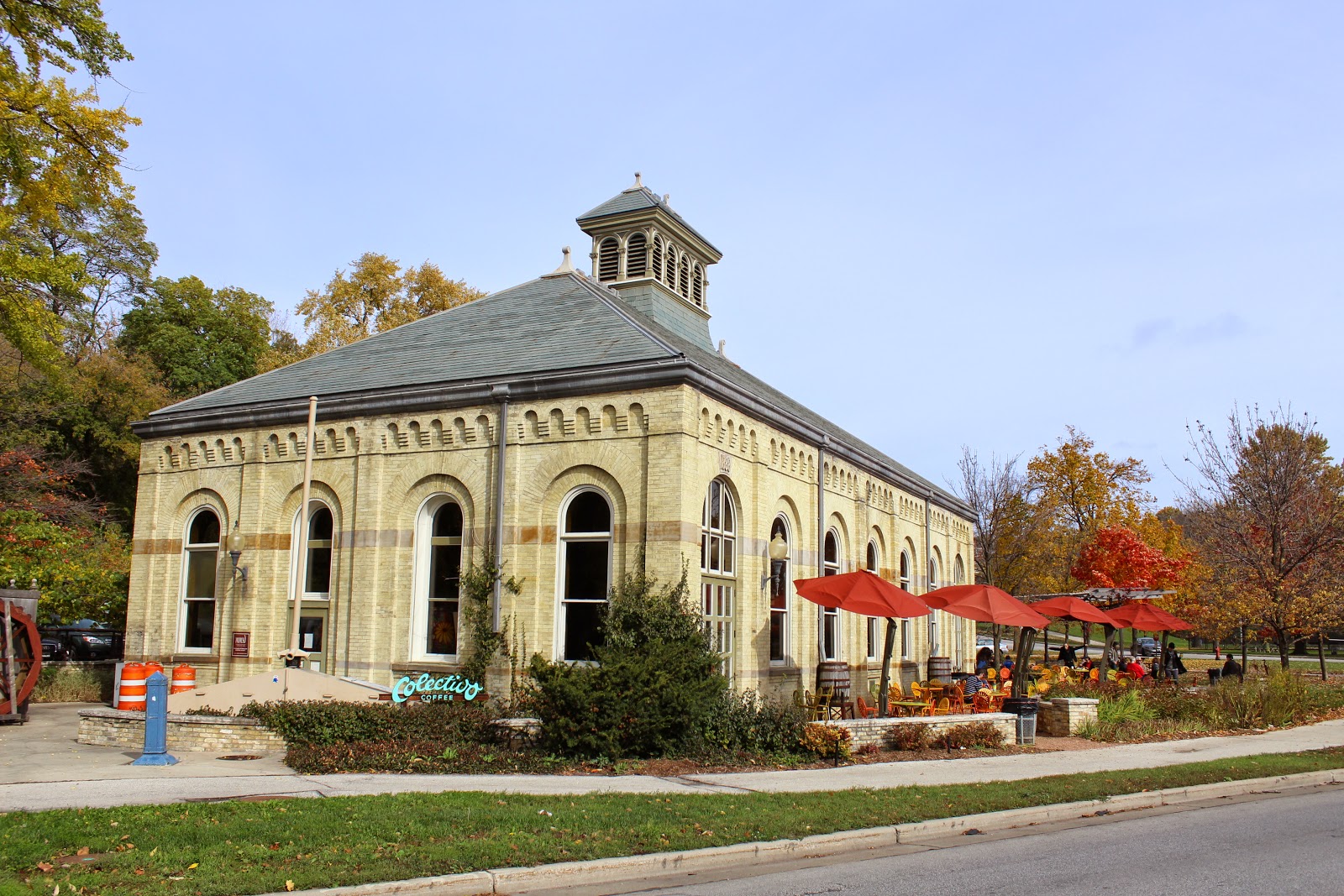 The marker is mounted to the facade, between the 2nd and
3rd umbrellas from the left. 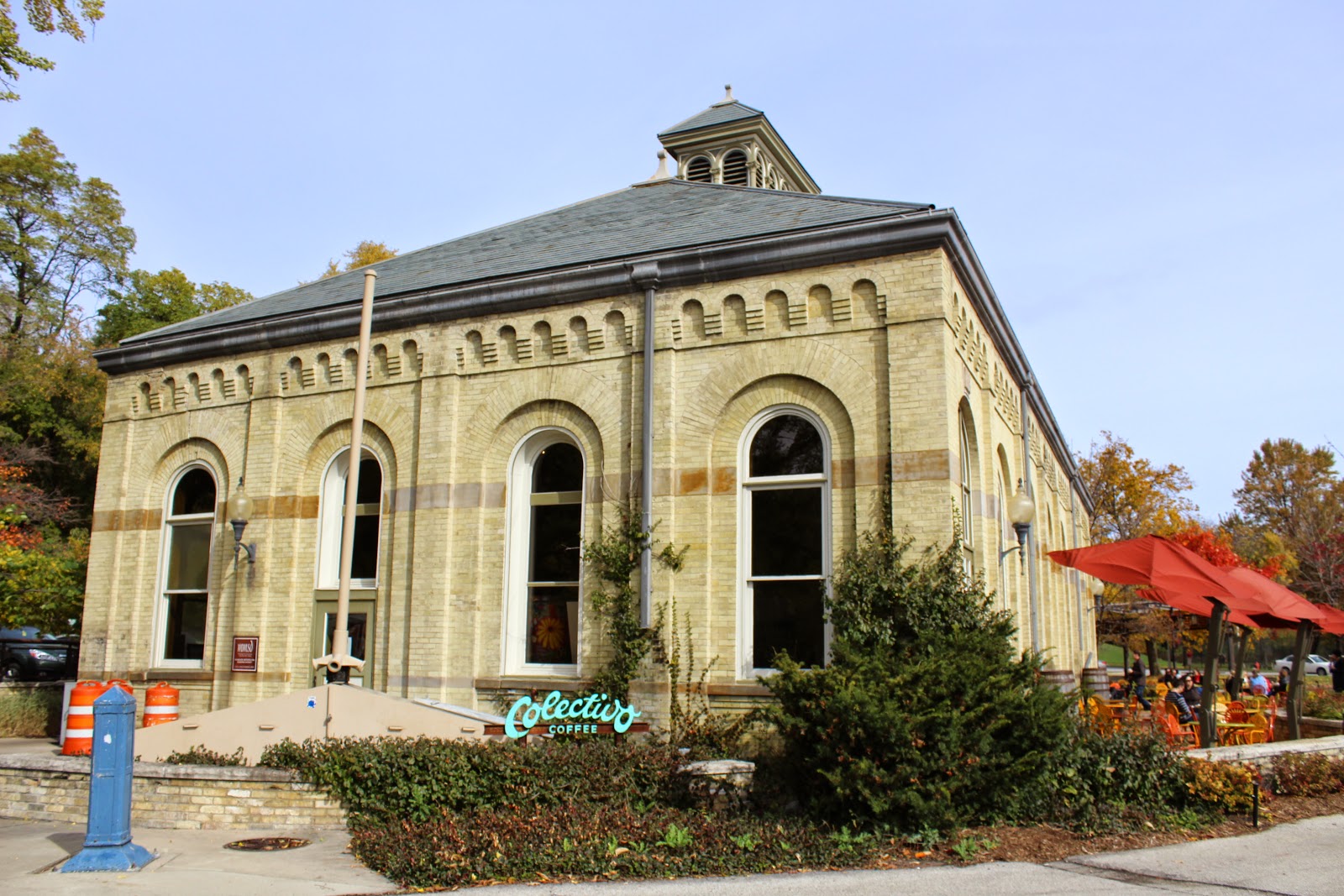 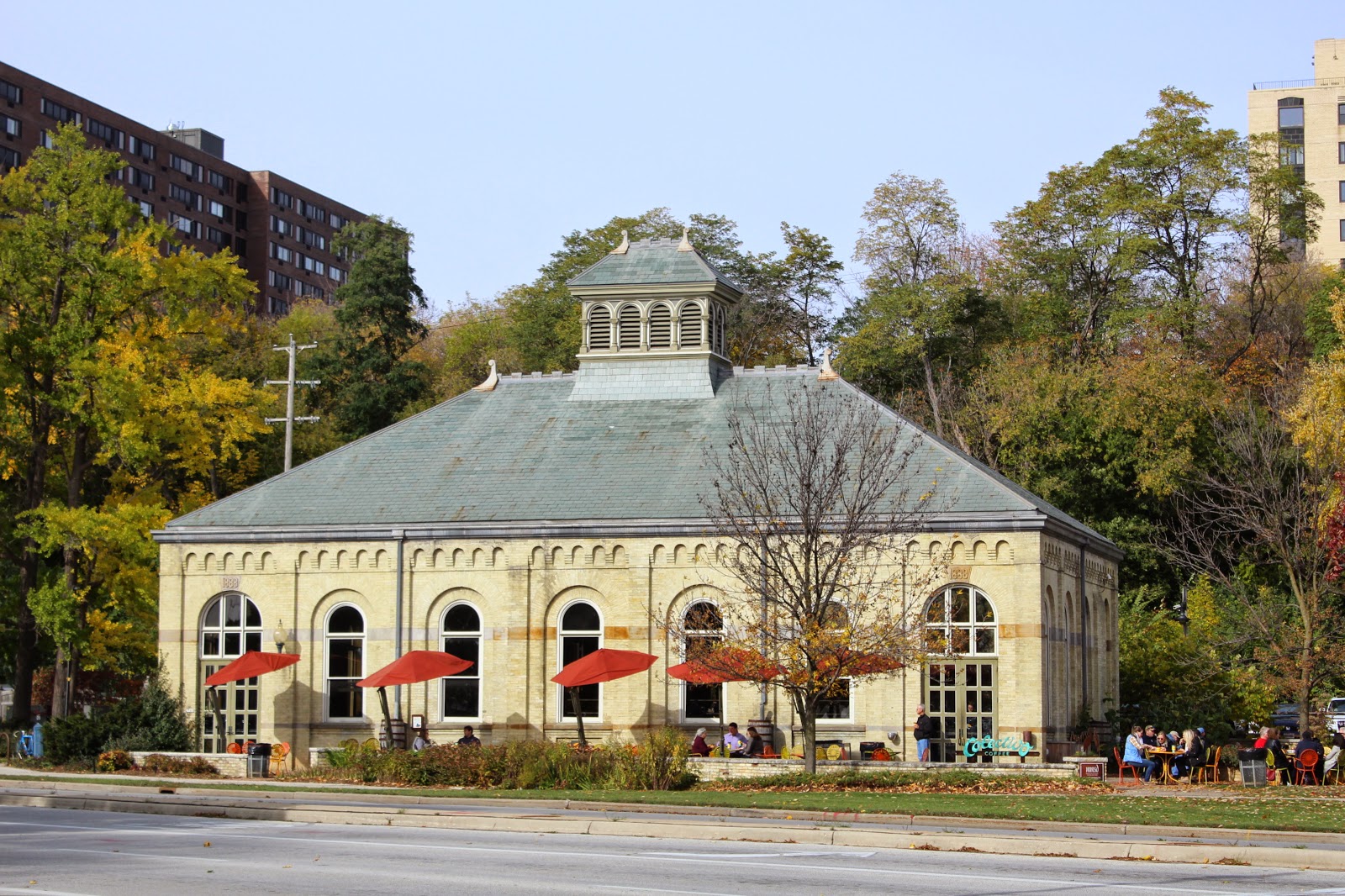 The part of the building that faces North Lincoln Memorial Drive. 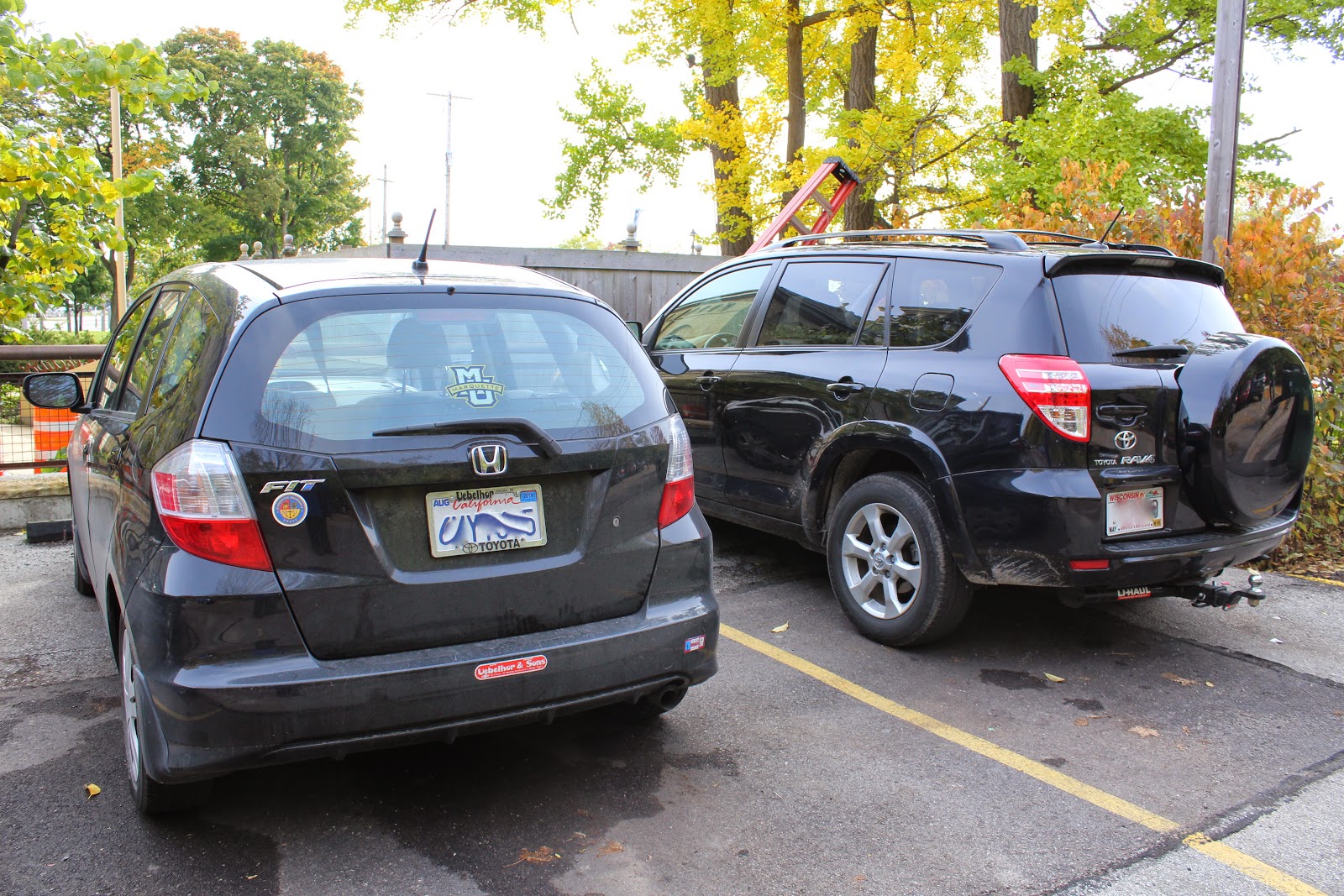 Look at that California plate! Didn't make me homesick at all!
I love it here in Wisconsin.

Thanks for doing this. The plaque is mounted so low on the building that it probably doesn't get noticed. The historic pump continues to be operable, and I believe MMSD occasionally uses it in the summer months - 122 years after its manufacture and installation.

The steam engine, has been replaced by an electric motor which, while unfortunate from an historical perspective, it has freed up the building (which once also housed boilers) for a popular coffee shop. Great reuse of this historic site.

You might also note that you can readily access the south end of the building, which has a well where the pump motor is located. The pump itself, of course, is located in the tunnel and is under water. There is good signage in the building to indicate it's original use.

Finally, while parking immediately adjacent to the building can be difficult (due to the heavy traffic the coffee shop gets), you can park across the street (across Lincoln Memorial Drive). It's a reasonably short walk from that open parking lot.