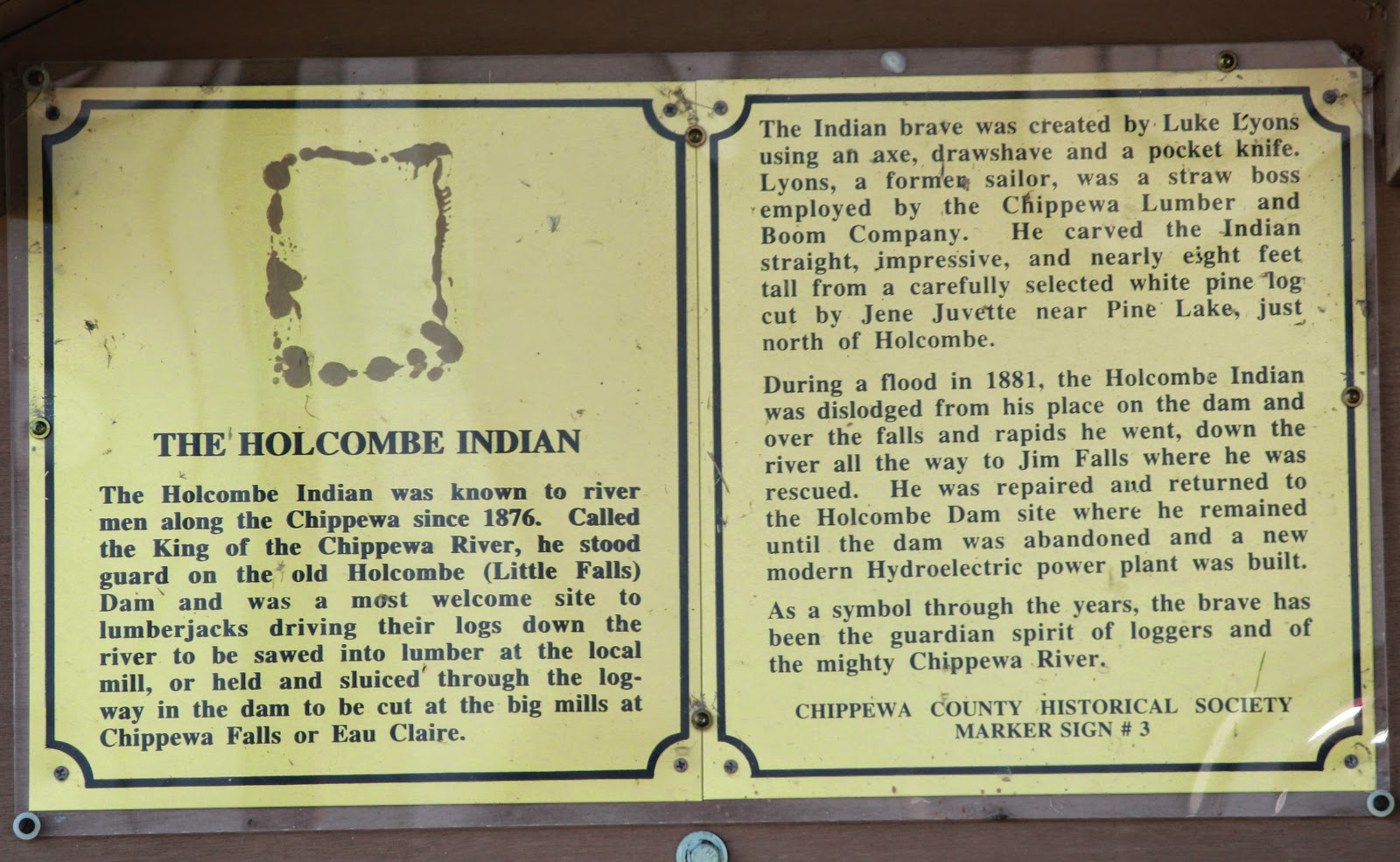 The Holcombe Indian was known to river men along the Chippewa since 1876. Called the King of the Chippewa River, he stood guard on the old Holcombe (Little Falls) Dam and was a most welcome site to lumberjacks driving their logs down the river to be sawed into lumber at the local mill, or held and sluiced through the log-way in the dam to be cut at the big mills at Chippewa Falls or Eau Claire.

The Indian brave was created by Luke Lyons using an axe, drawshave and a pocket knife. Lyons, a former sailor, was a straw boss employed by the Chippewa Lumber and Boom Company. He carved the Indian straight, impressive, and nearly eight feet tall from a carefully selected white pine log cut by Jene Juvette near Pine Lake, just north of Holcombe.

During a flood in 1881, the Holcombe Indian was dislodged from his place on the dam and over the falls and rapids he went, down the river all the way to Jim Falls where he was rescued. He was repaired and returned to the Holcombe Dam site where he remained until the dam was abandoned and a new modern hydroelectric power plant was built.

As a symbol through the years, the brave has been the guardian spirit of loggers and of the mighty Chippewa River.

The marker is located at a kiosk at a small park on the southeast corner of the intersection of Spooner Avenue and 257th Street / Main Street, Holcombe, Wisconsin 54745.

USGenNet: Holcombe Indian has anniversary, too

This marker is No. 3 in a series of historical markers erected by the Chippewa County Historical Society. 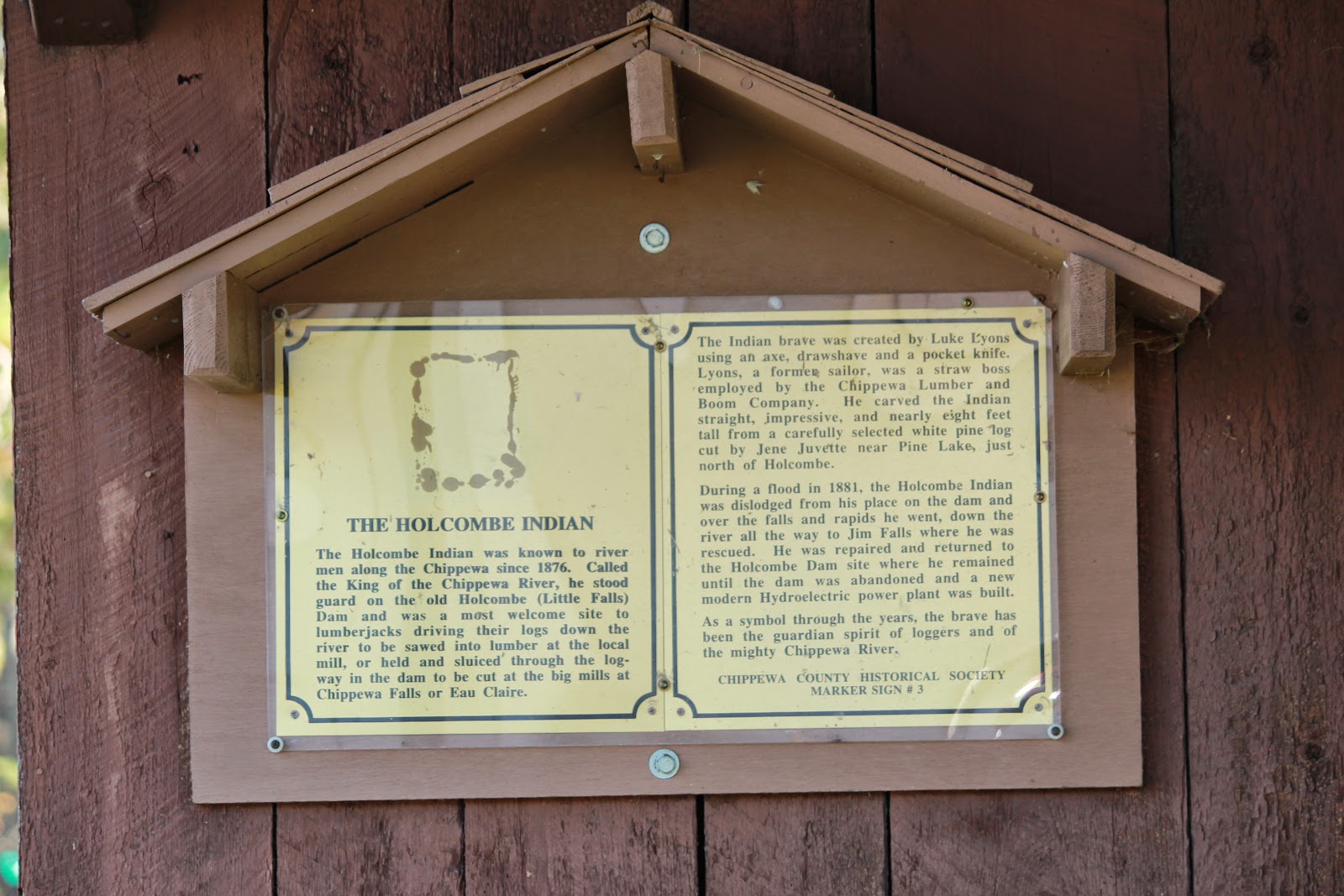 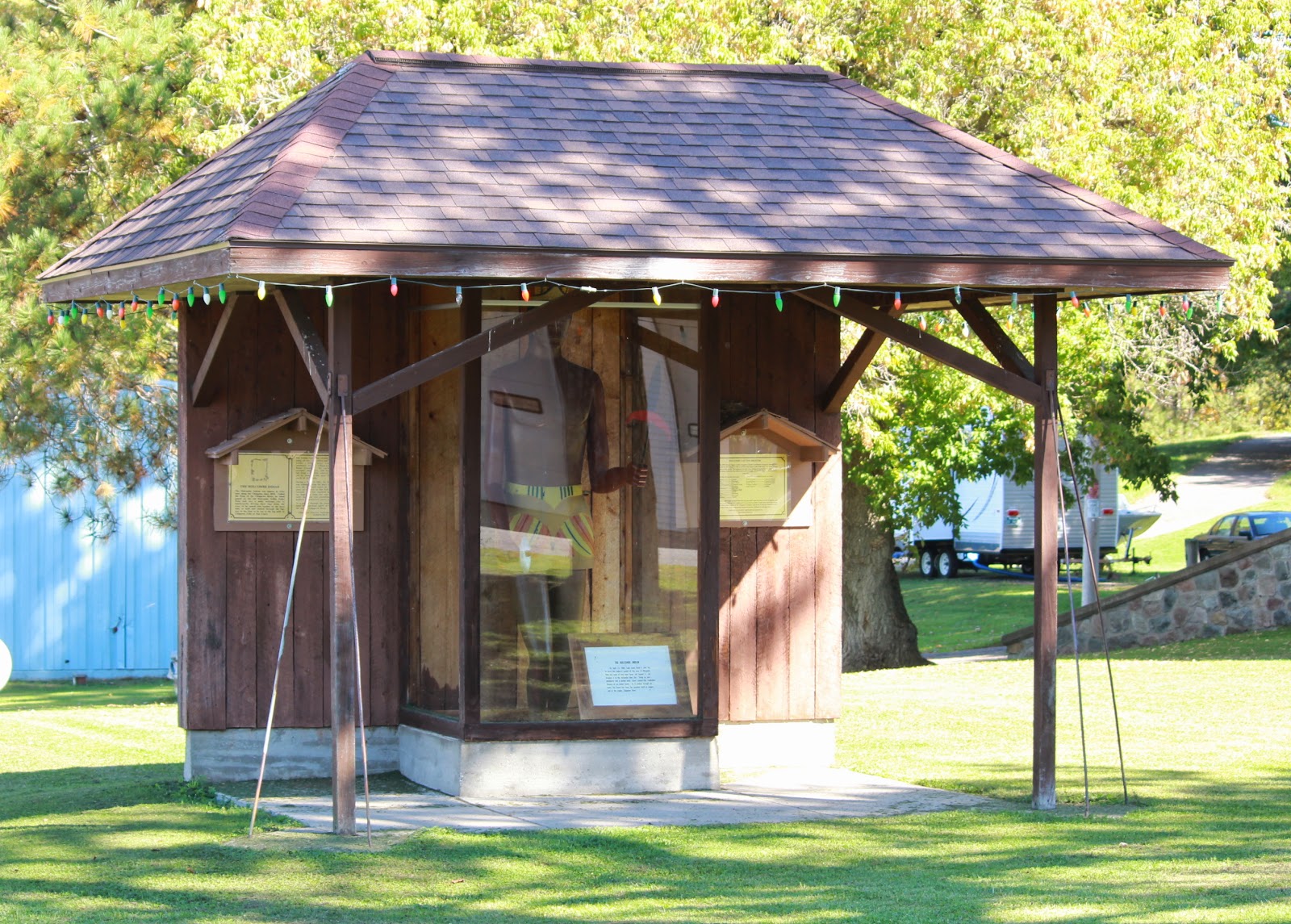 This marker is the marker on the left. 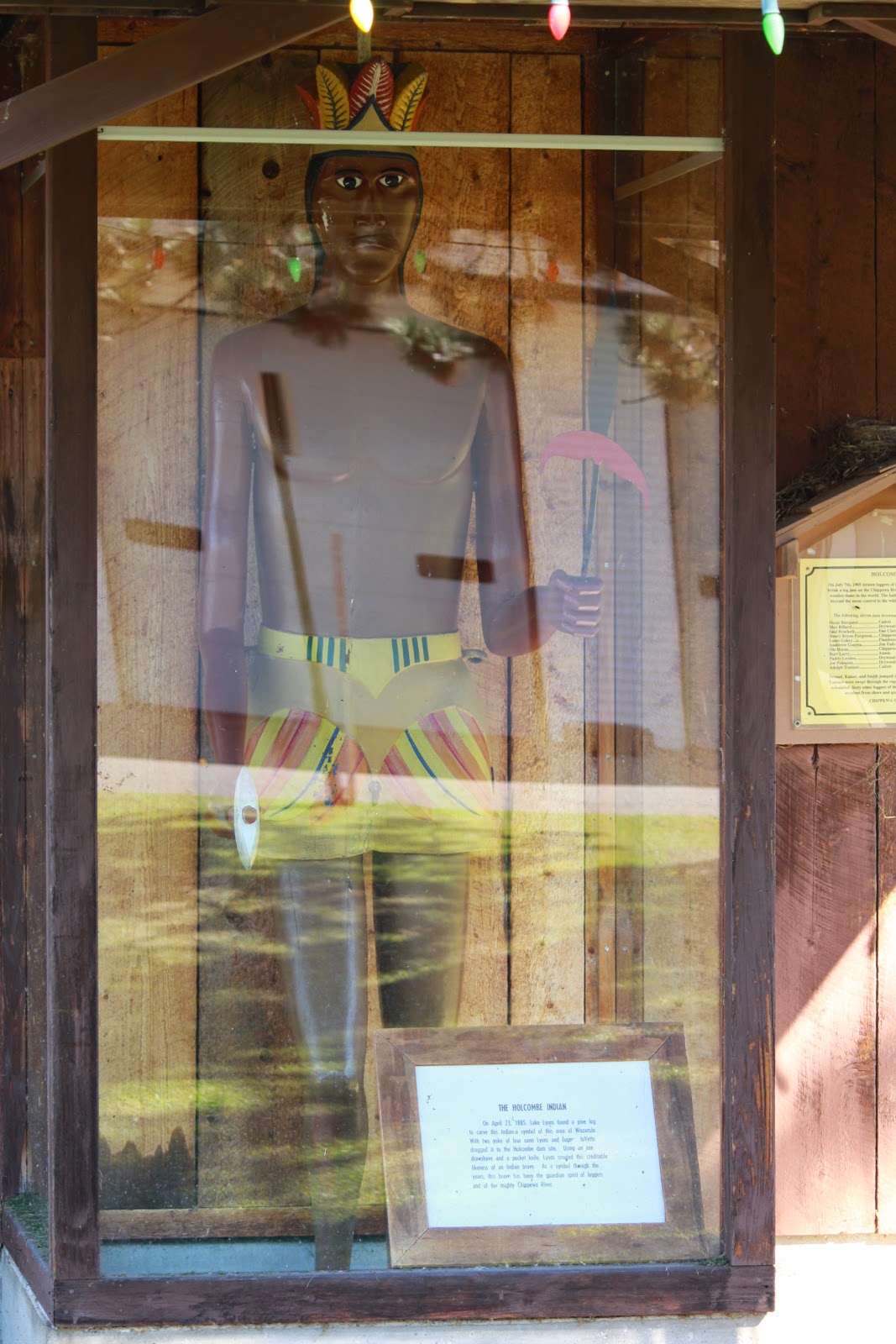 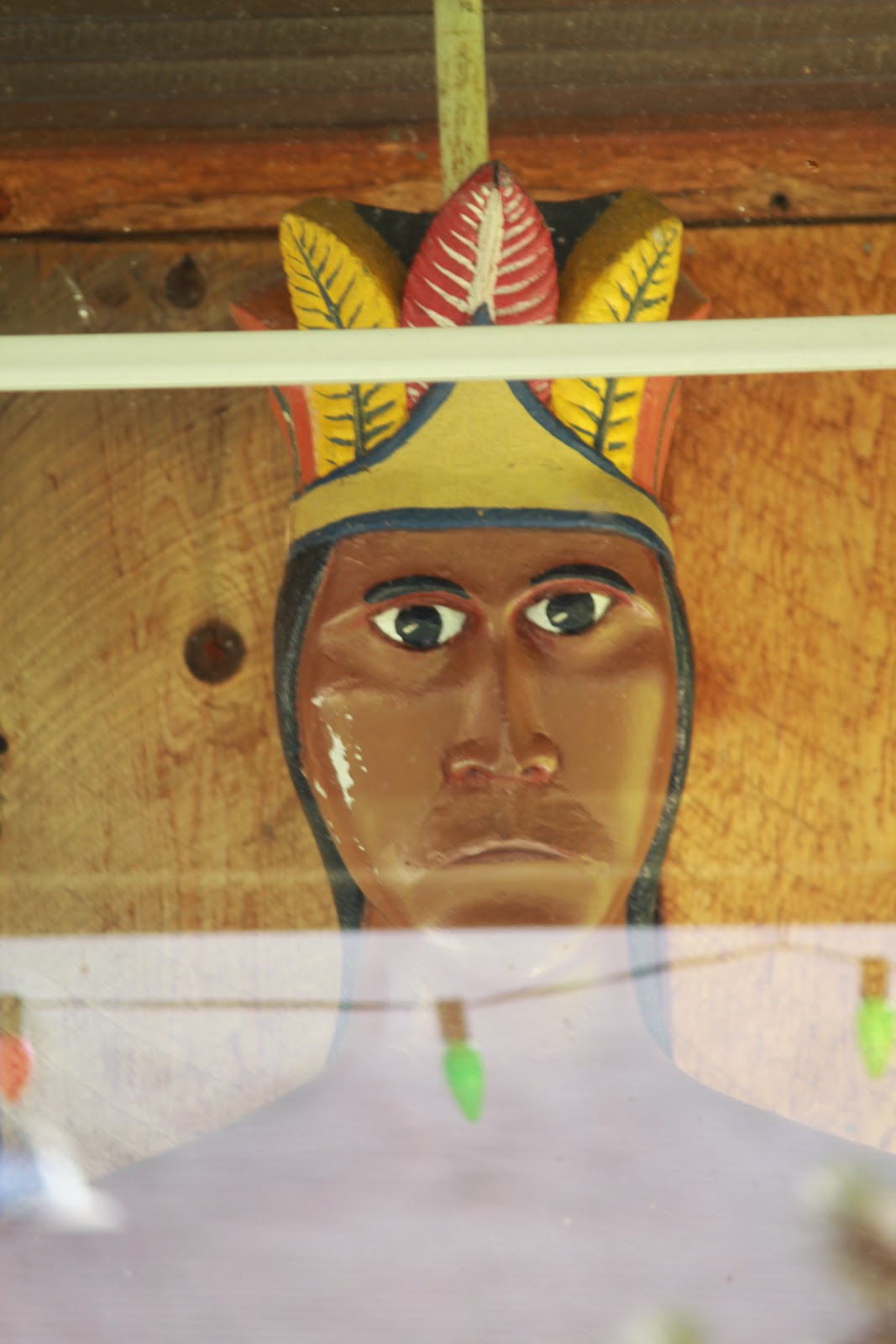 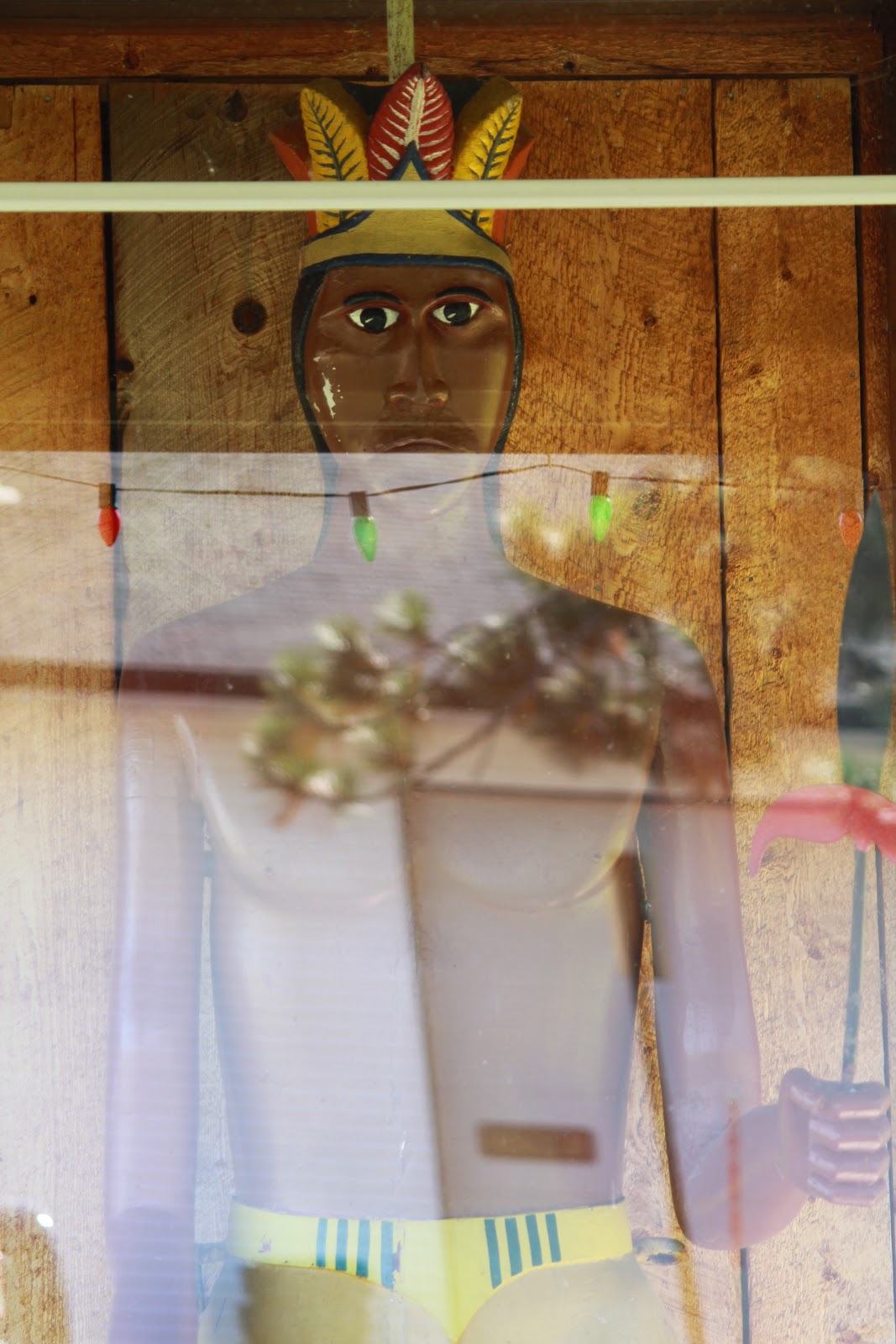 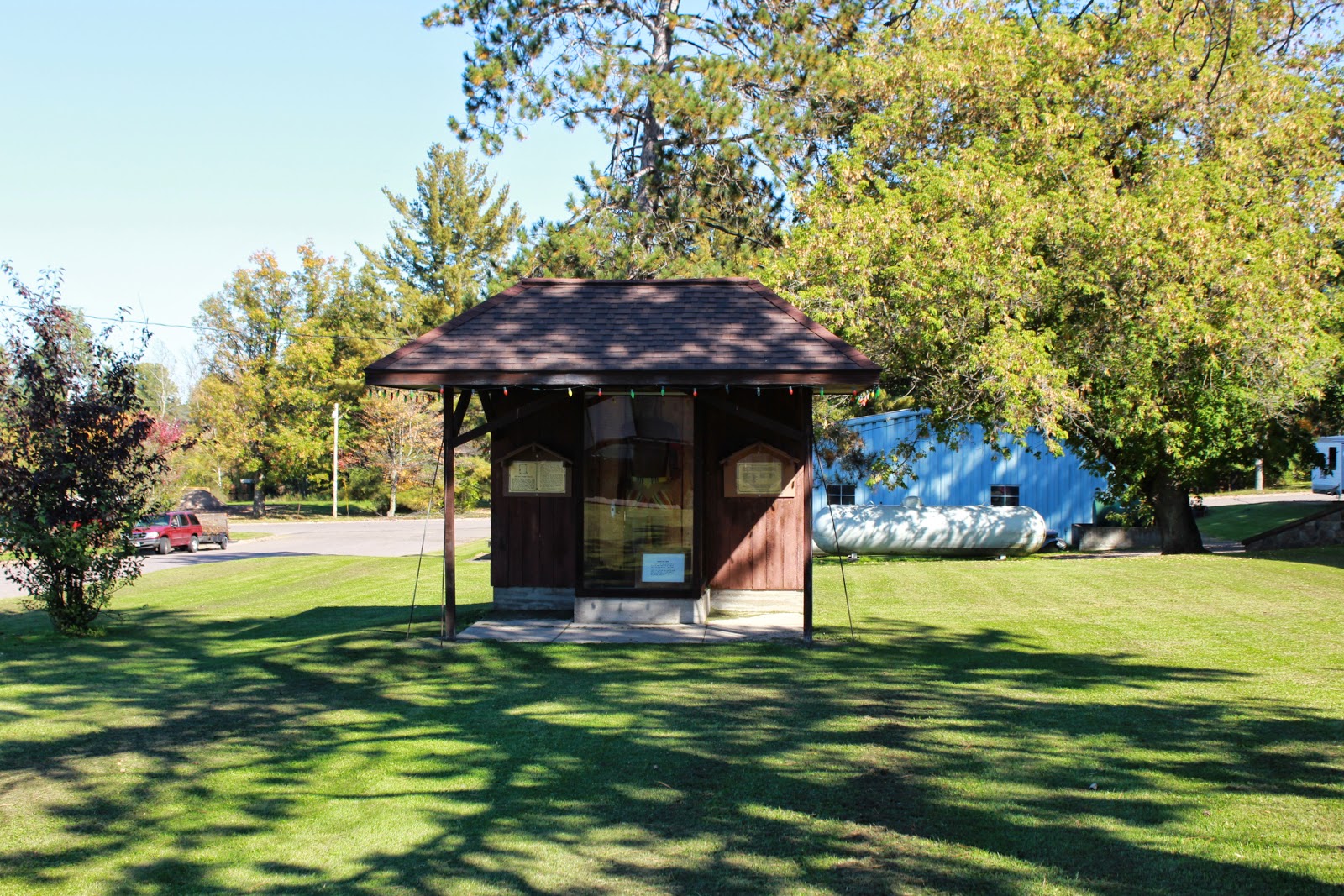 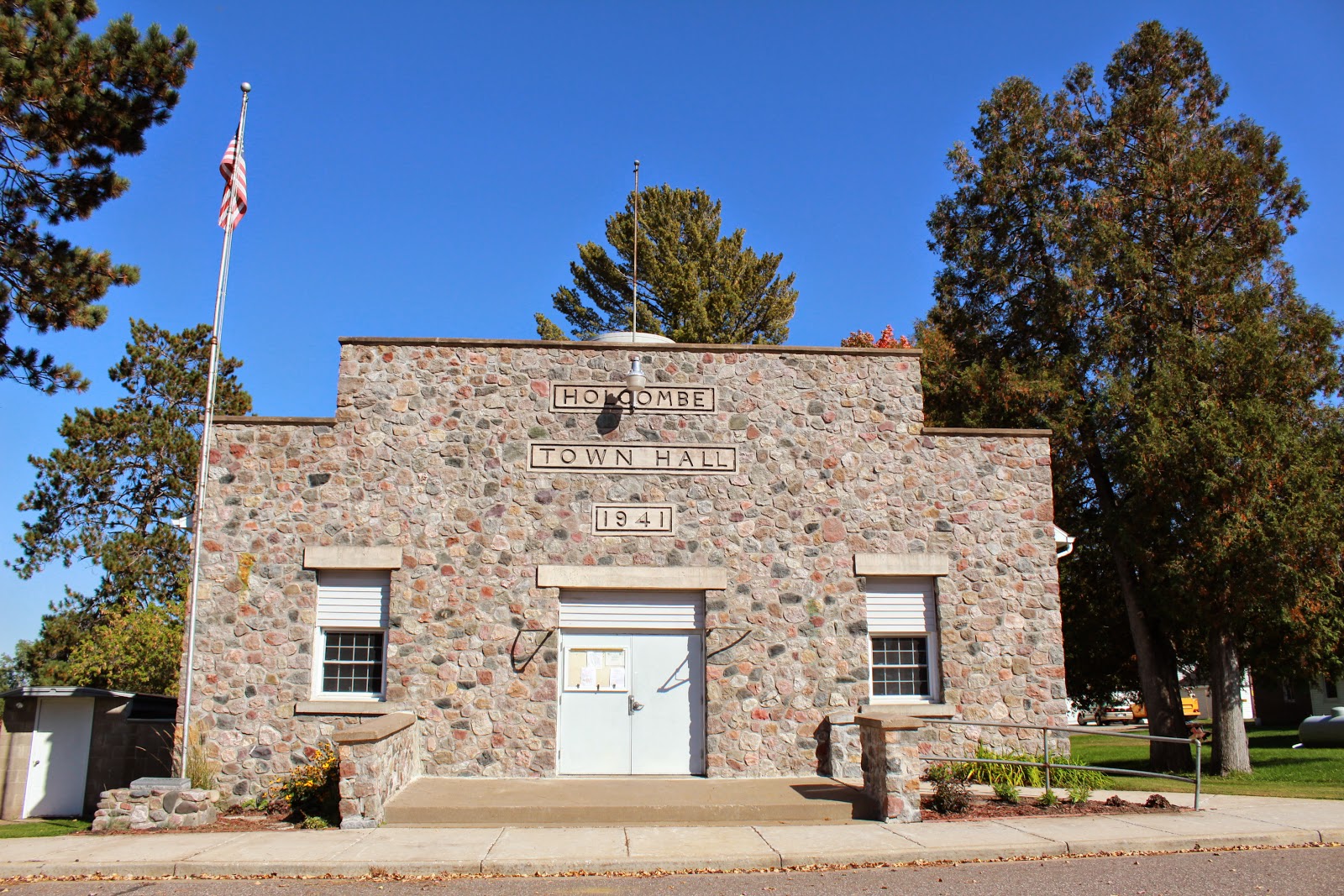 The marker is in a park adjacent to (to the left) of the Holcombe Town Hall.