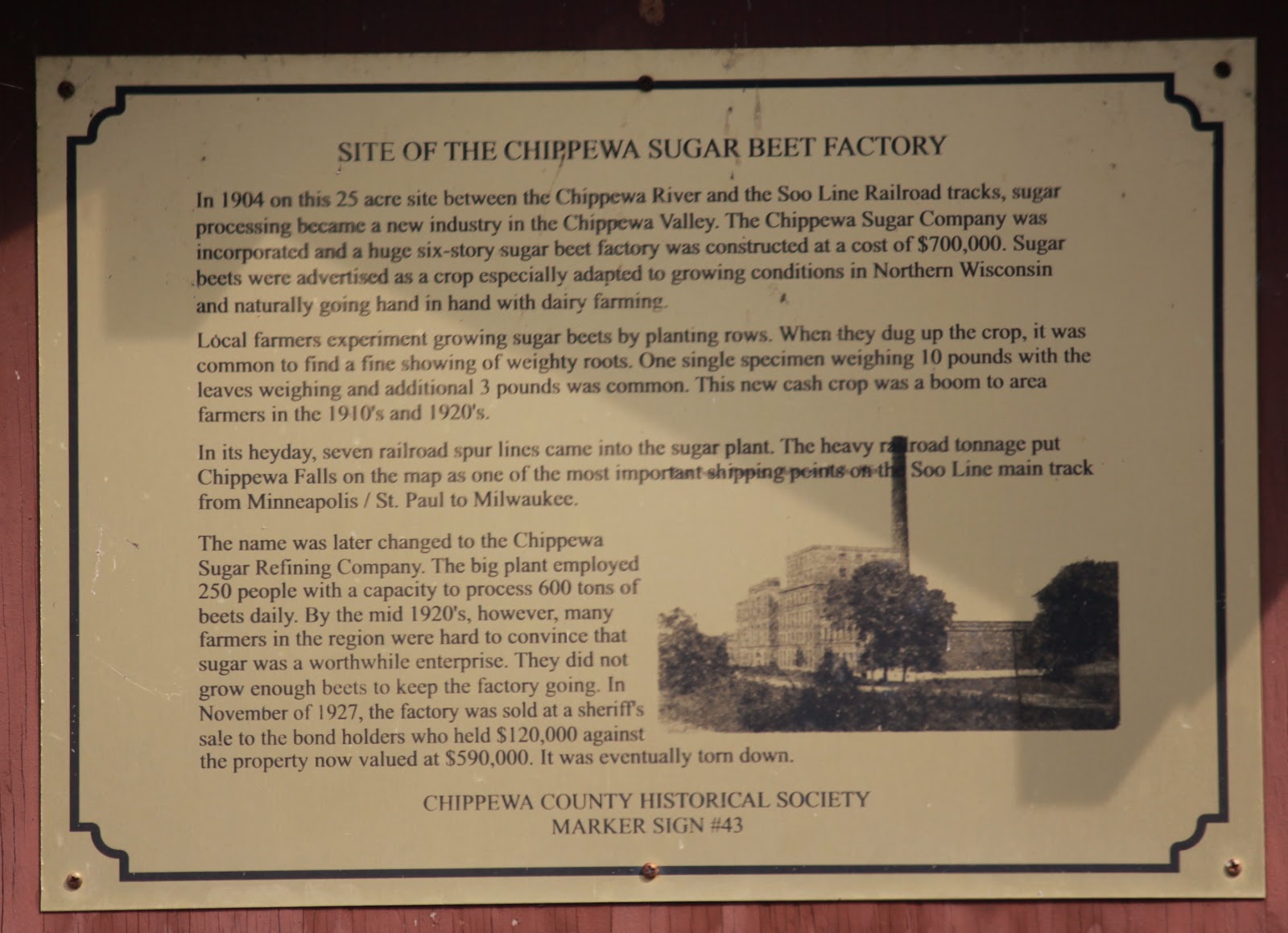 In 1904 on this 25 acre site between the Chippewa River and the Soo Line Railroad tracks, sugar processing became a new industry in the Chippewa Valley. The Chippewa Sugar Company was incorporated and a huge six-story sugar beet factory was constructed at a cost of $700,000. Sugar beets were advertised as a crop especially adapted to growing conditions in Northern Wisconsin and naturally goes hand in hand with dairy farming.

Local farmers experiment growing sugar beets by planting rows. When they dug up the crop, it was common to find a fine showing of weighty roots. One single specimen weighing 10 pounds with the leaves weighing an additional 3 pounds was common. This new cash crop was a boom to area farmers in the 1910's and 1920's.

In its heyday, seven railroad spur lines came into the sugar plant. The heavy railroad tonnage put Chippewa Falls on the map as one of the most important shipping points on the Soo Line main track from Minneapolis/St. Paul to Milwaukee.

The name was later changed to the Chippewa Sugar Refining Company. The big plant employed 250 people with a capacity to process 600 tons of beets daily. By the mid 1920's, however, many farmers in the region were hard to convince that sugar was a worthwhile enterprise. They did not grow enough beets to keep the factory going. In Novemberof 1927, the factory was sold at a sheriff's sale to the bond holders who held $120,000 against the property now valued at $590,000. It was eventually torn down.

The marker is located at Wayside Park, on a green belt adjacent to a parking lot on eastbound West River Street / Wisconsin Route 29, west of its intersection with U.S. Highway 53, near 1200 West River Street, Chippewa Falls, Wisconsin 54729.

The marker is No. 43 is a series of historical markers erected by the Chippewa County Historical Society. 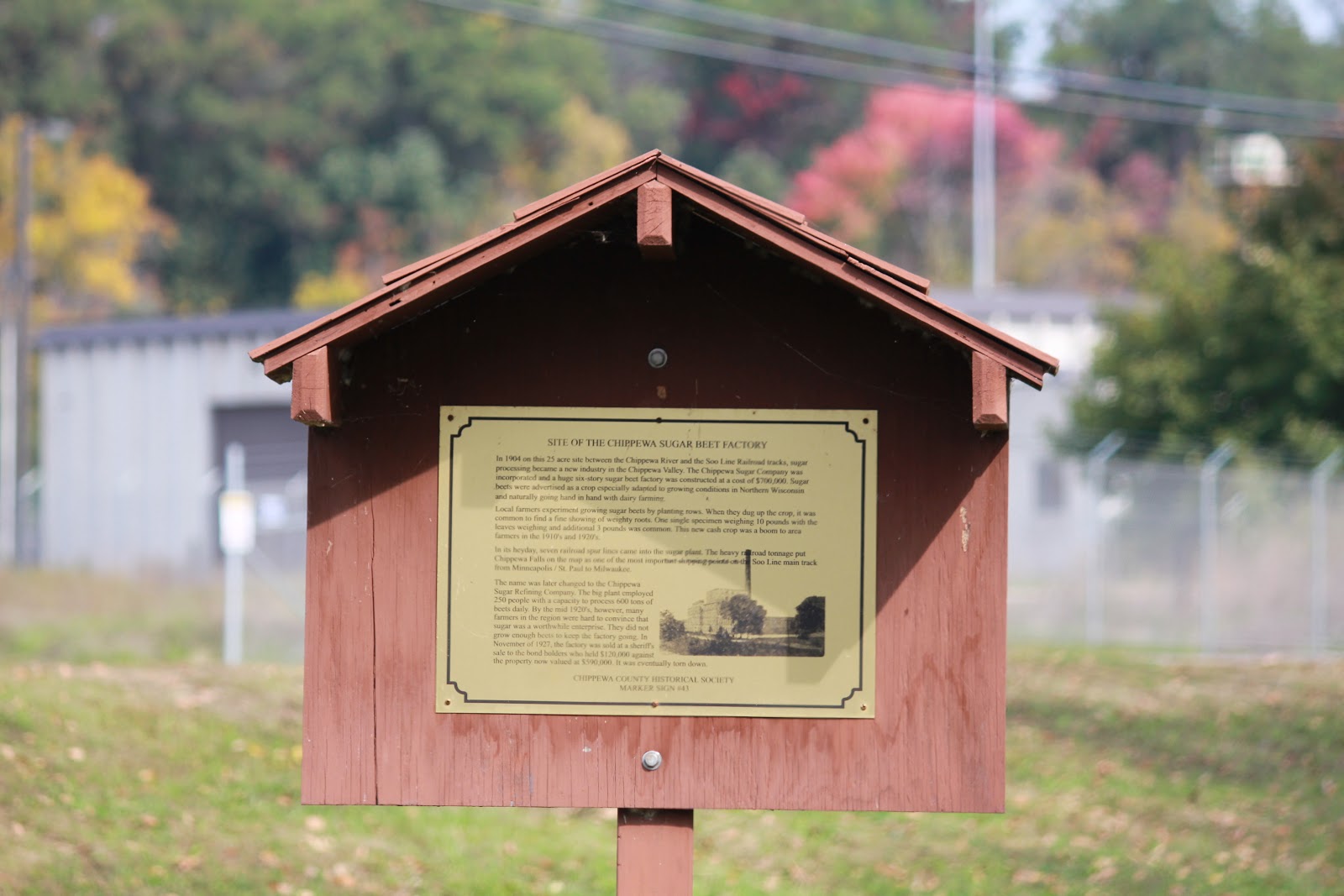 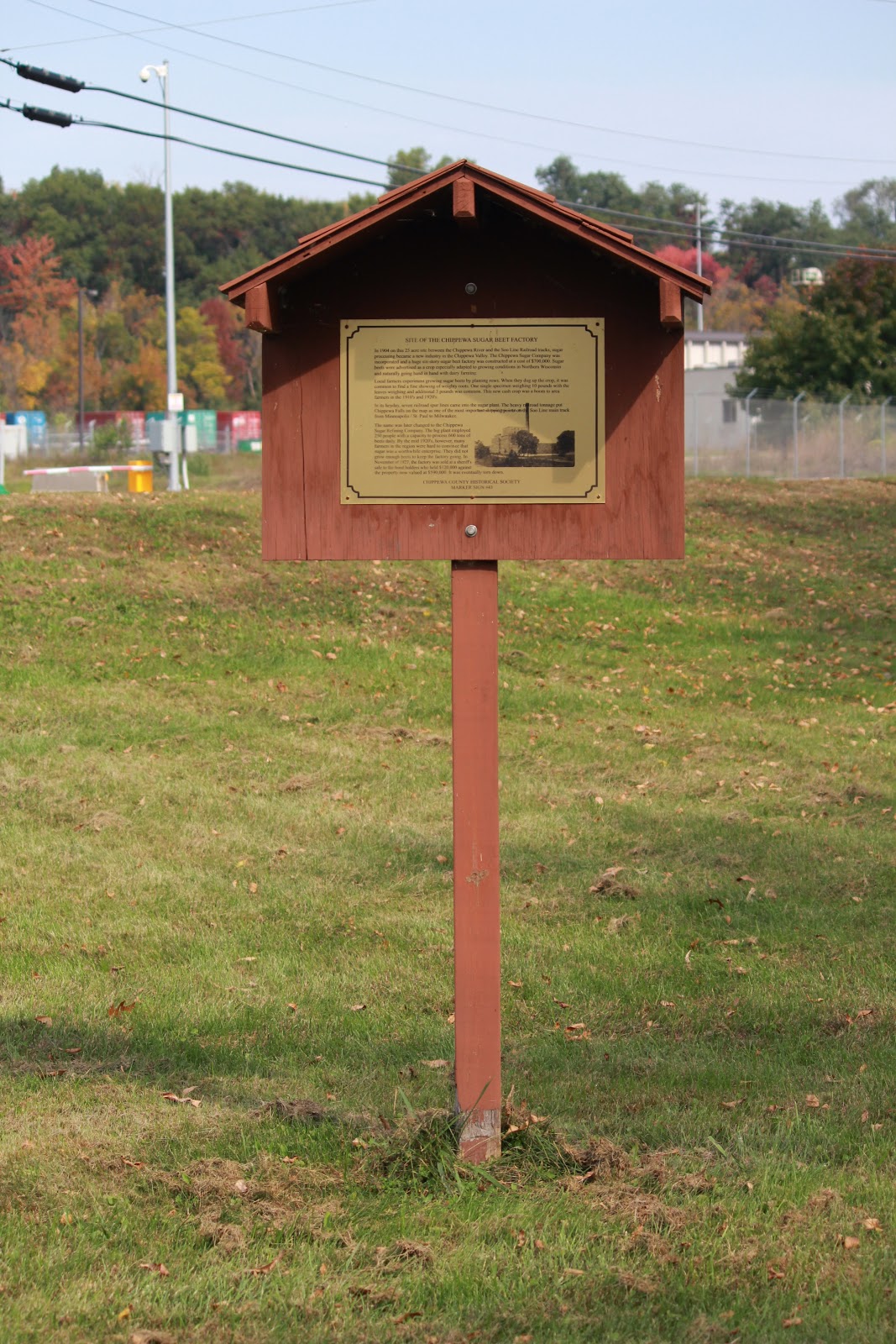 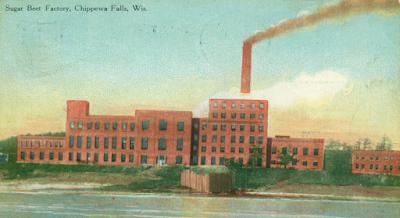 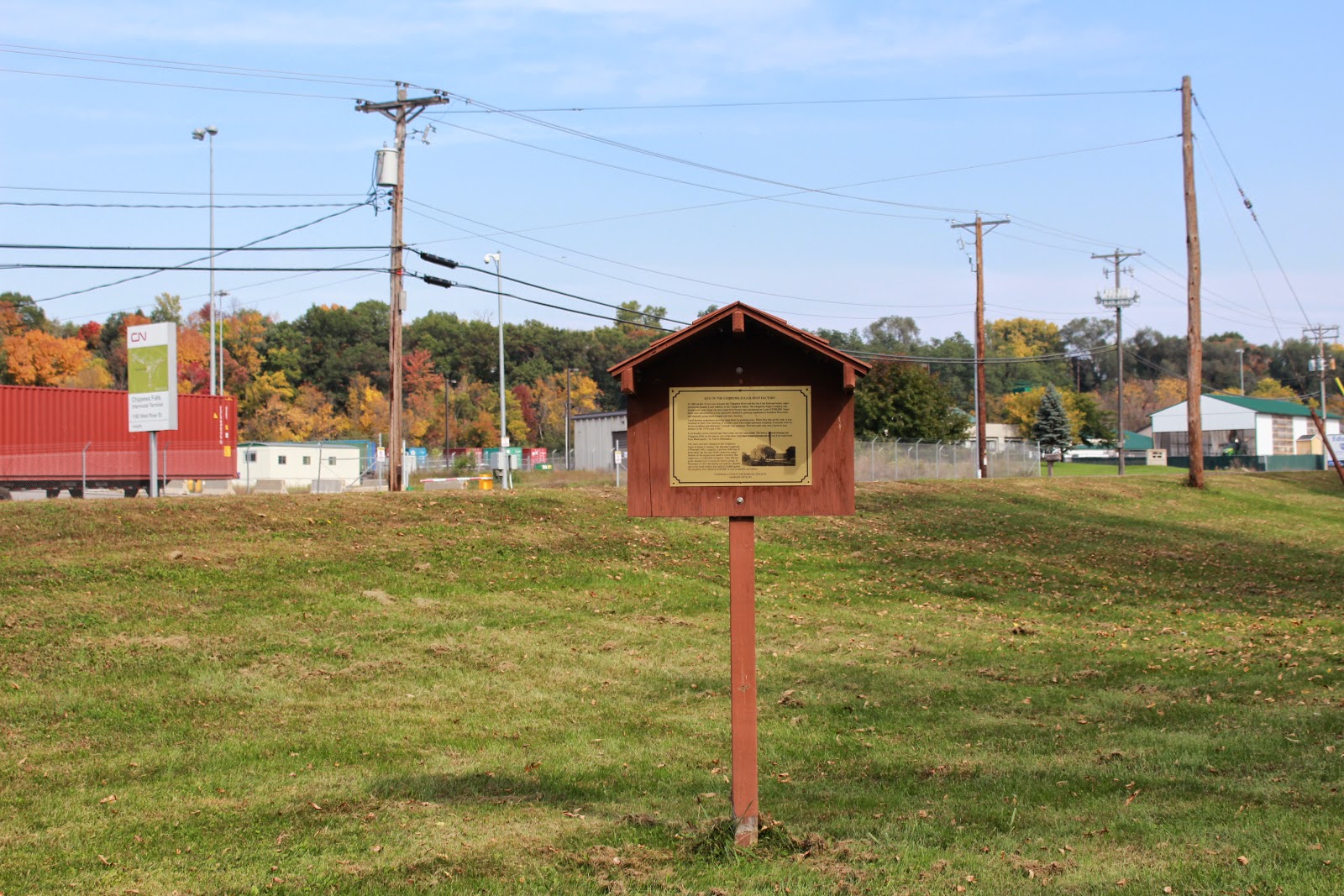 Looking northeast, with West River Street in the background.

This sign is across from the marker, on the river side of the parking lot.
To measure the flow of the Chippewa River maintained by
U.S. Geological Survey
in cooperation with
Department of Natural Resources 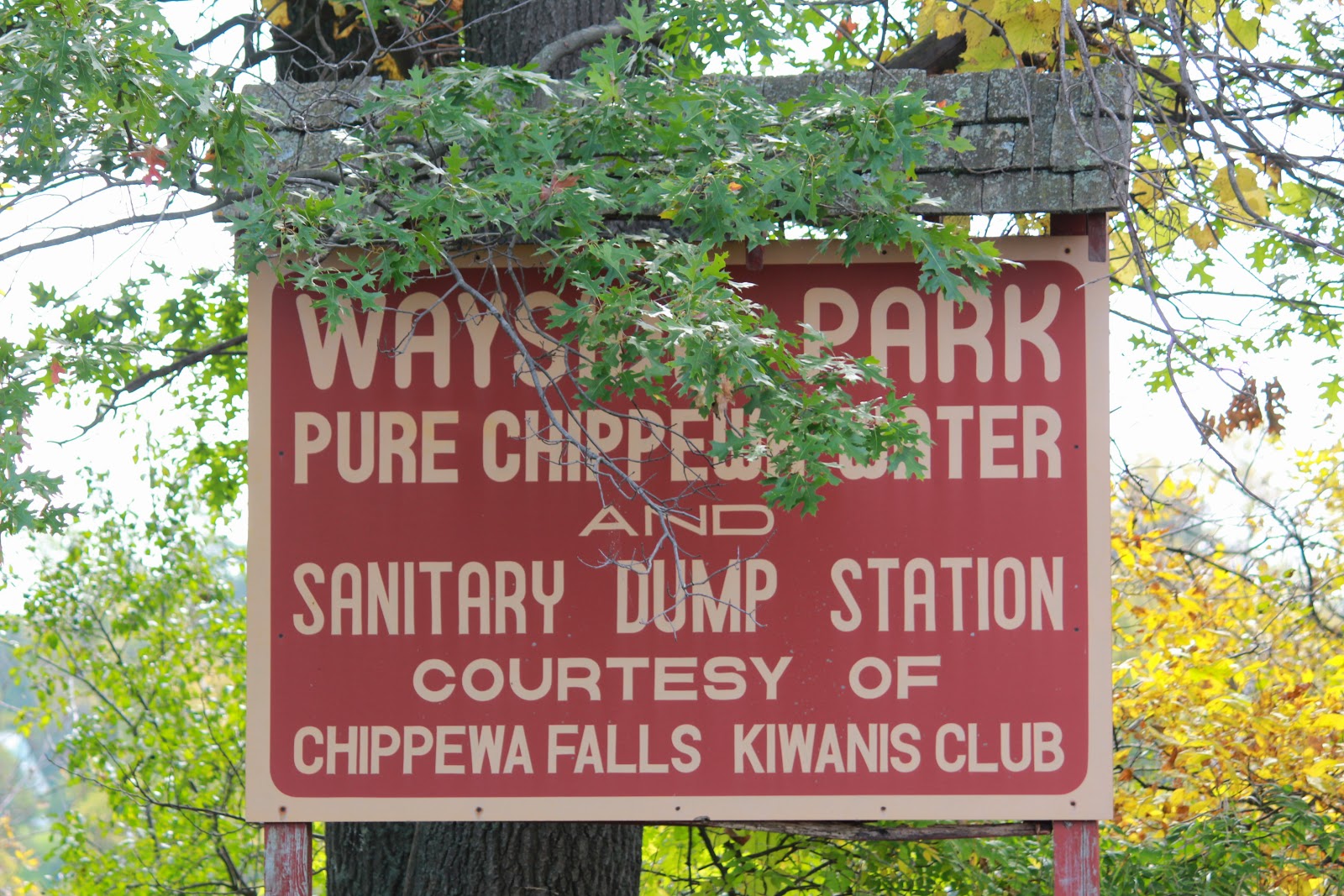 The marker is located at Wayside Park.