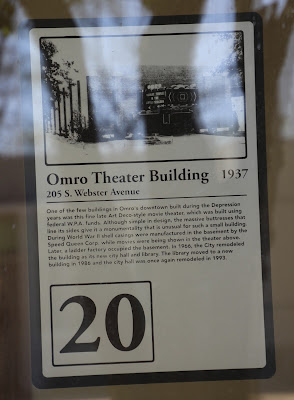 One of the few buildings in Omro's downtown built during the Depression years was this fine late Art Deco style movie theater, which was built using federal W.P.A. funds. Although simple in design, the massive buttresses that line its sides give it a monumentality that is unusual for such a small building. During World War II shell casings were manufactured in the basement by the Speed Queen Corp. while movies were being shown in the theater above. Later, a ladder factory occupied the basement. In 1966, the City remodeled the building as its new city hall and library. The library moved to a new building in 1986 and the city hall was one again remodeled in 1993.

NOTE: The marker is located inside the City Hall building (accessible only during business hours). The marker is mounted to the window to the right of the entrance. 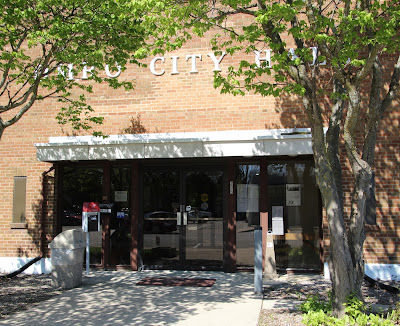 The marker is affixed to the inside window,
to the right of the entrance. 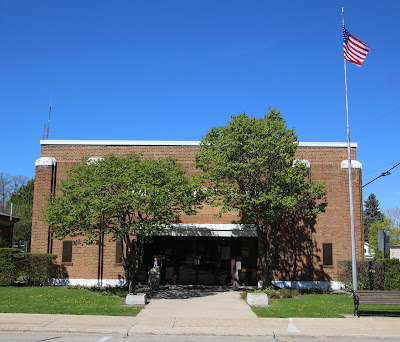