In Memory of Good Friends at Lake Geneva 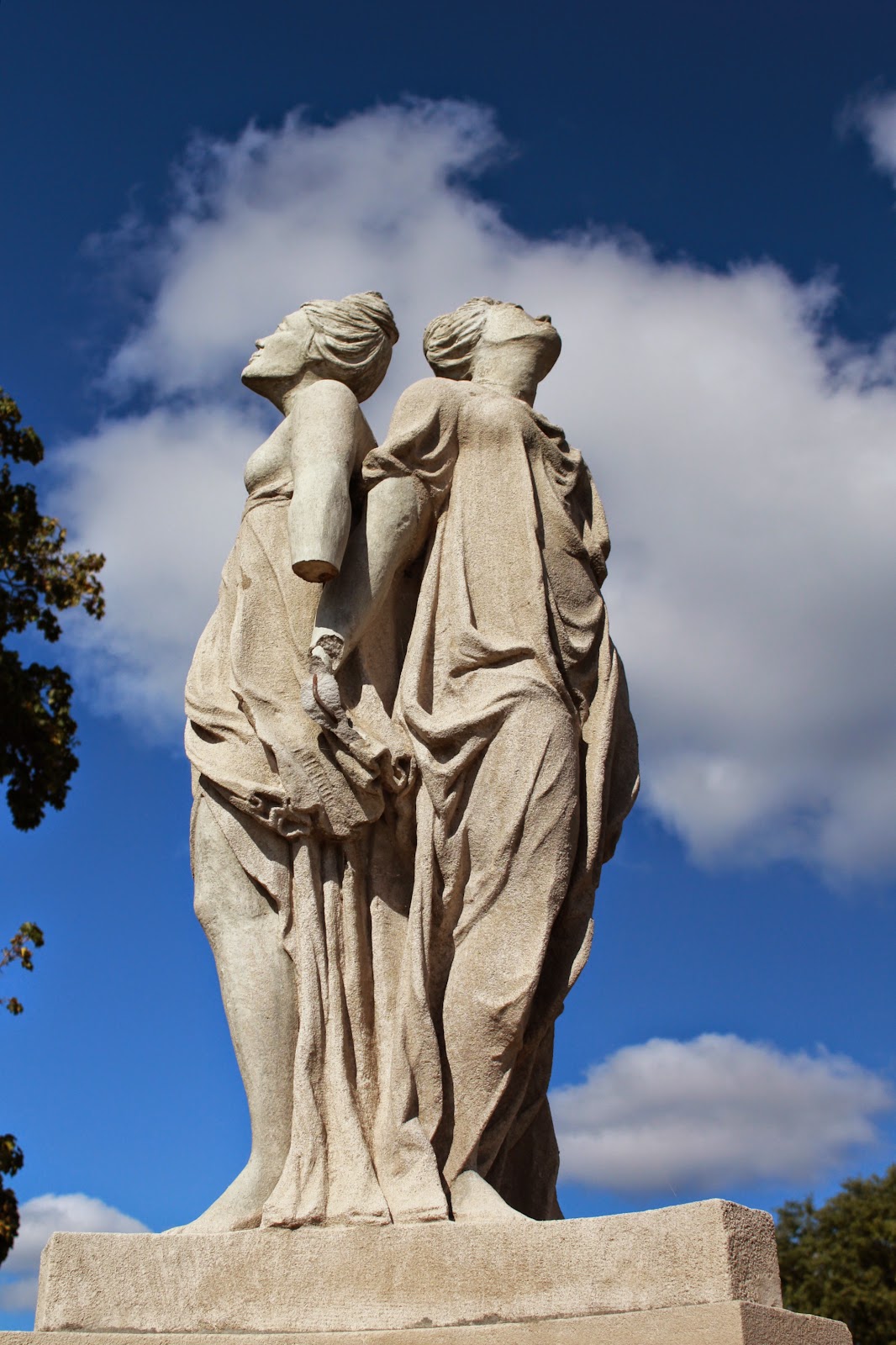 The statue is located at Flat Iron Park at the V-intersection of northbound Wrigley Drive / Wisconsin Highway 50 and southbound Center Street, Lake Geneva, Wisconsin 53147.
The statue is known by three different names: "The Three Sisters", "The Good Friends", and "The Three Graces". $5,000* was willed to the City of Lake Geneva by Mrs. Reinette M. McCrea, a charter member of the Lake Geneva Garden Club. The base of the monument was originally intended as a fountain "so man and beast could have a cool drink." On the day of my visit, the fountain was not in operation. 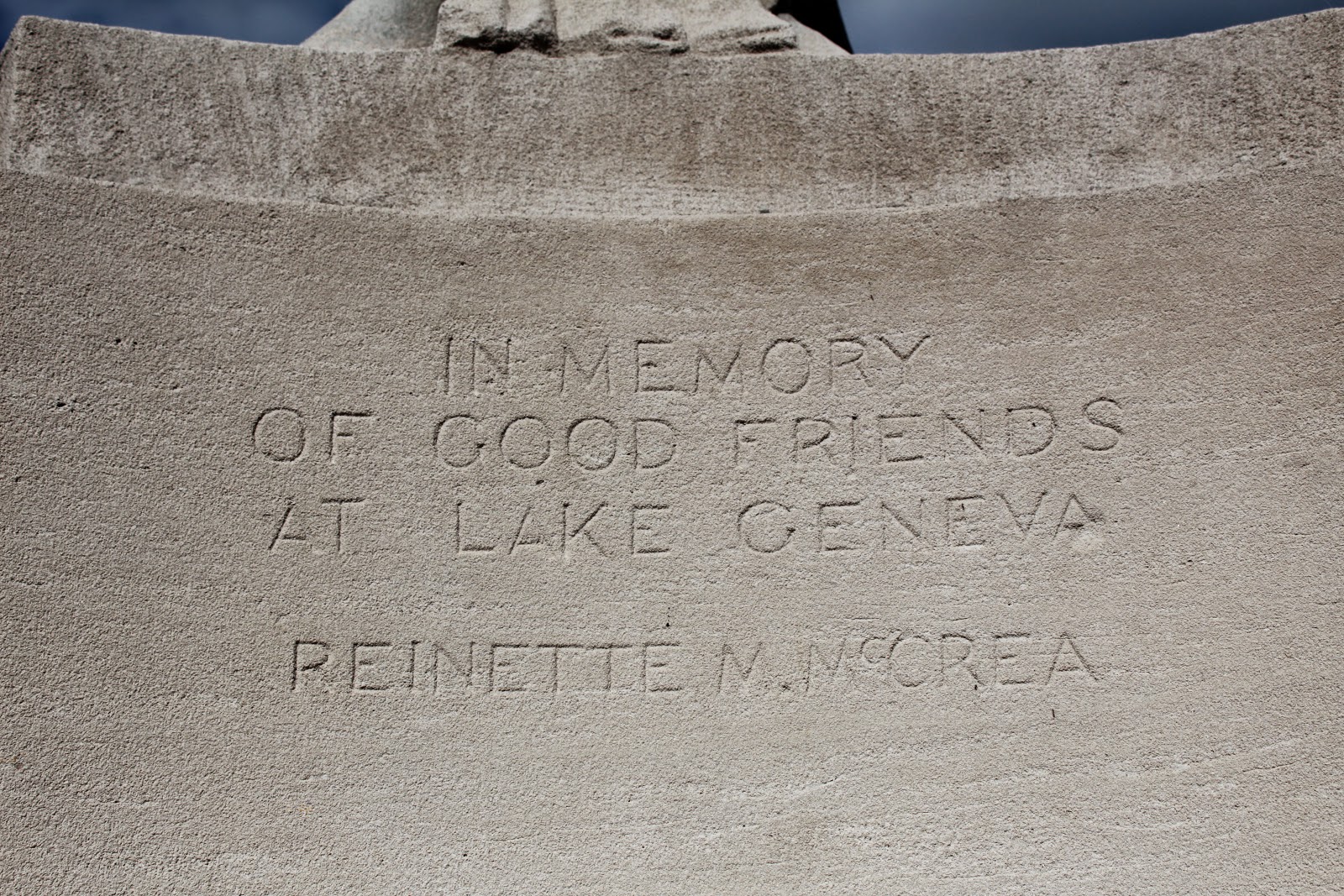 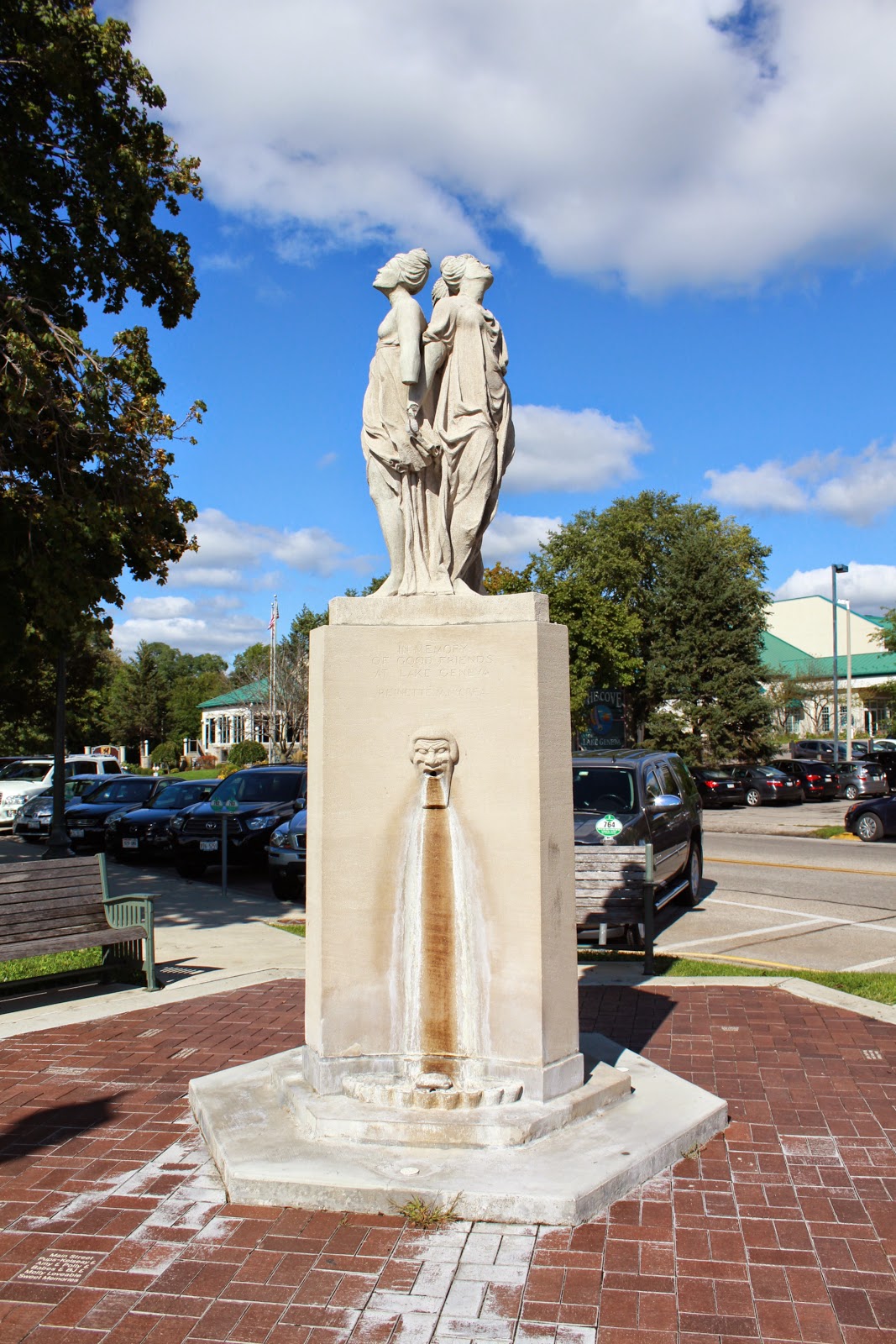