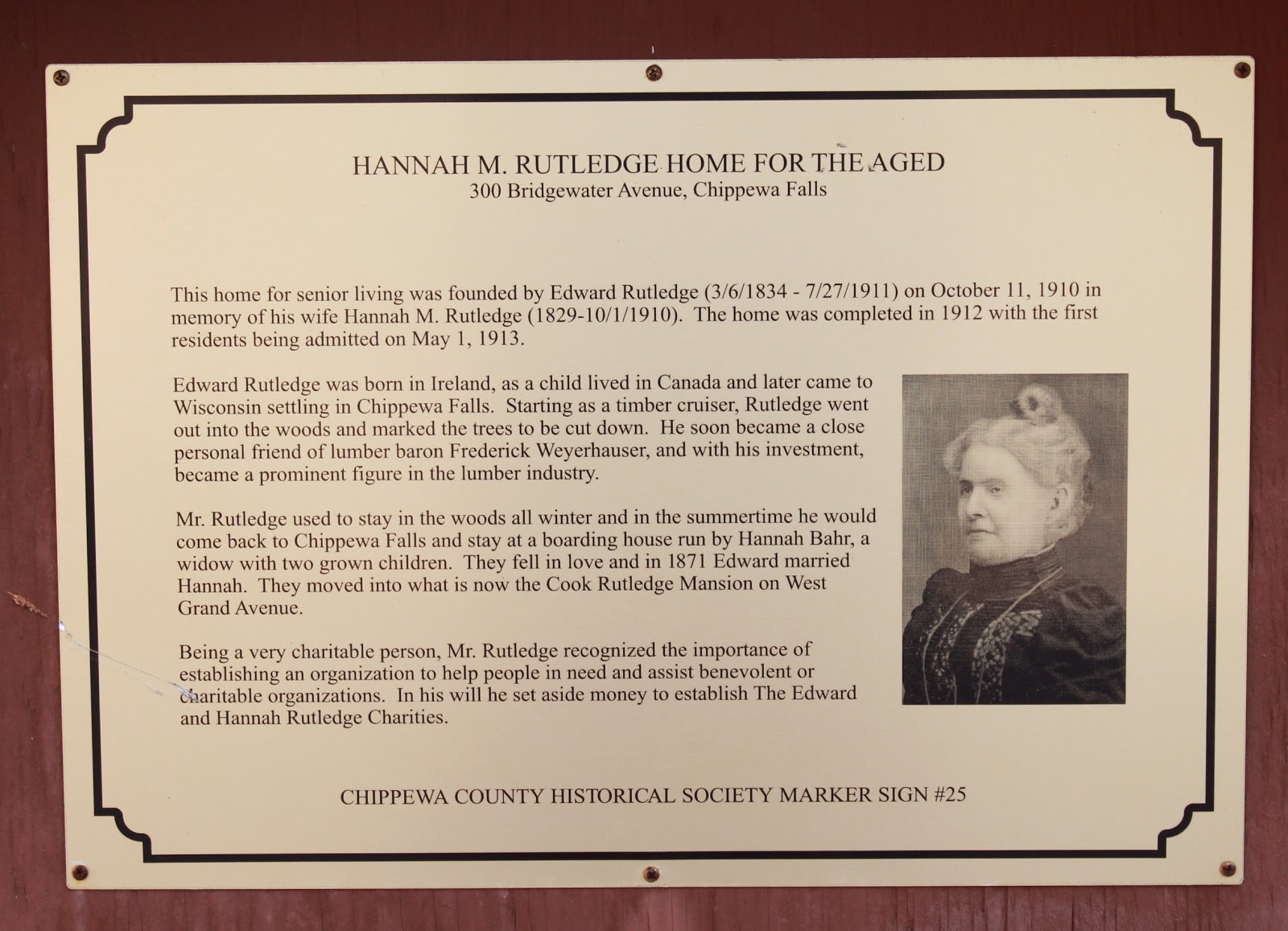 Edward Rutledge was born in Ireland, as a child lived in Canada and later came to Wisconsin [sic] settling in Chippewa Falls. Starting as a timber cruiser, Rutledge went out in the woods and marked the trees to be cut down. He soon became a close personal friend of lumber baron Frederick Weyerhauser, and [sic] with his investment, became a prominent figure in the lumber industry.

Mr. Rutlege used to stay in the woods all winter and in the summertime he would come back to Chippewa Falls and stay at a boarding house run by Hannah Bahr, a widow with two grown children. They fell in love and in 1871 Edward married Hannah. They moved into what is now the Cook Rutledge [sic] Mansion on West Grand Avenue.

Being a very charitable person, Mr. Rutledge recognized the importance of establishing an organization to help people in need and assist benevolent or charitable organizations. In his will he set aside money to establish The Edward and Hannah Rutledge Charities.

NOTE: This is a huge property. The marker is on the Eagle Street side of the building, north of Bridgewater Avenue. See photos below to easily locate the marker.

Rutledge Home: About Our Rich History

This marker is No. 25 in a series of historical markers erected by the Chippewa County Historical Society. 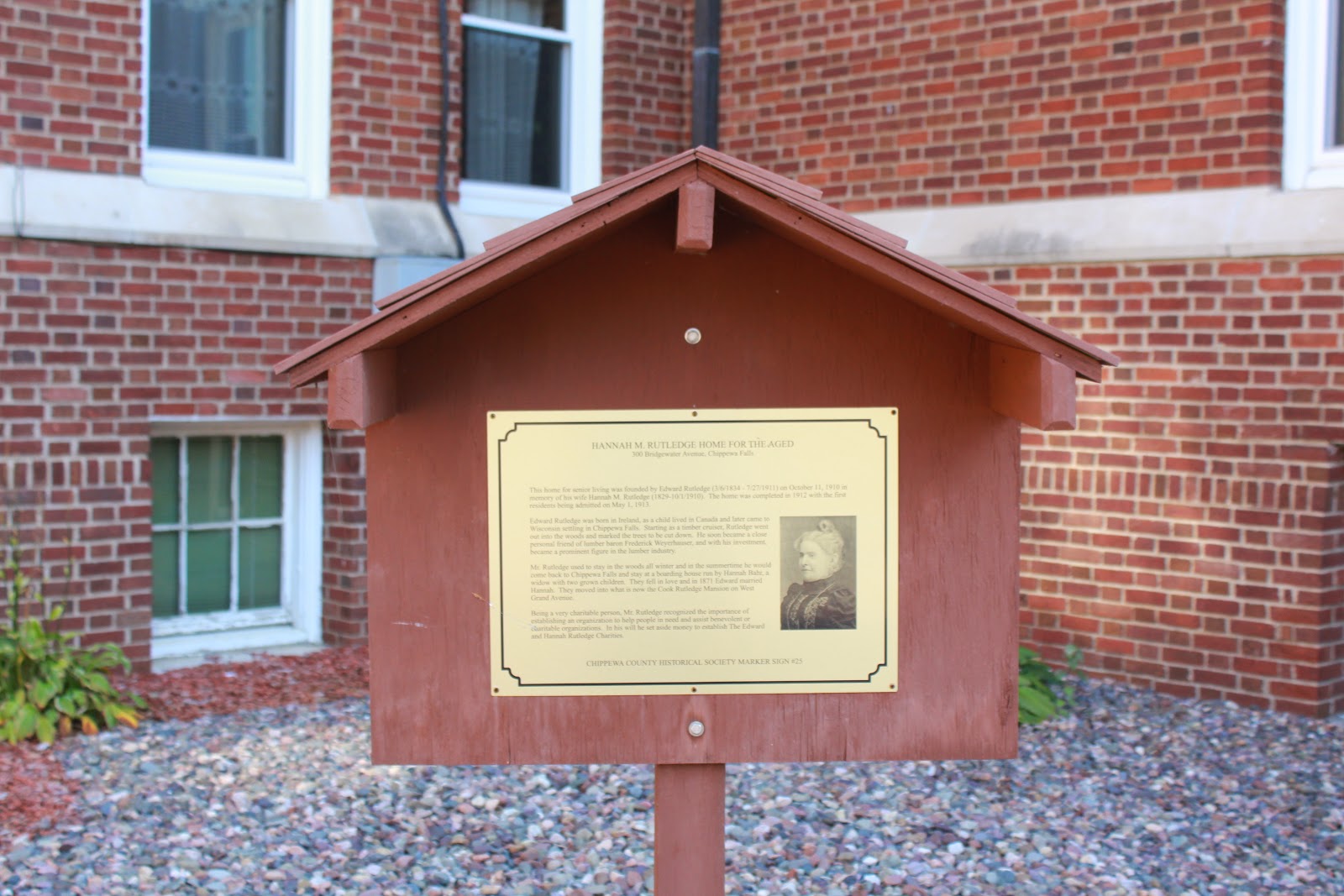 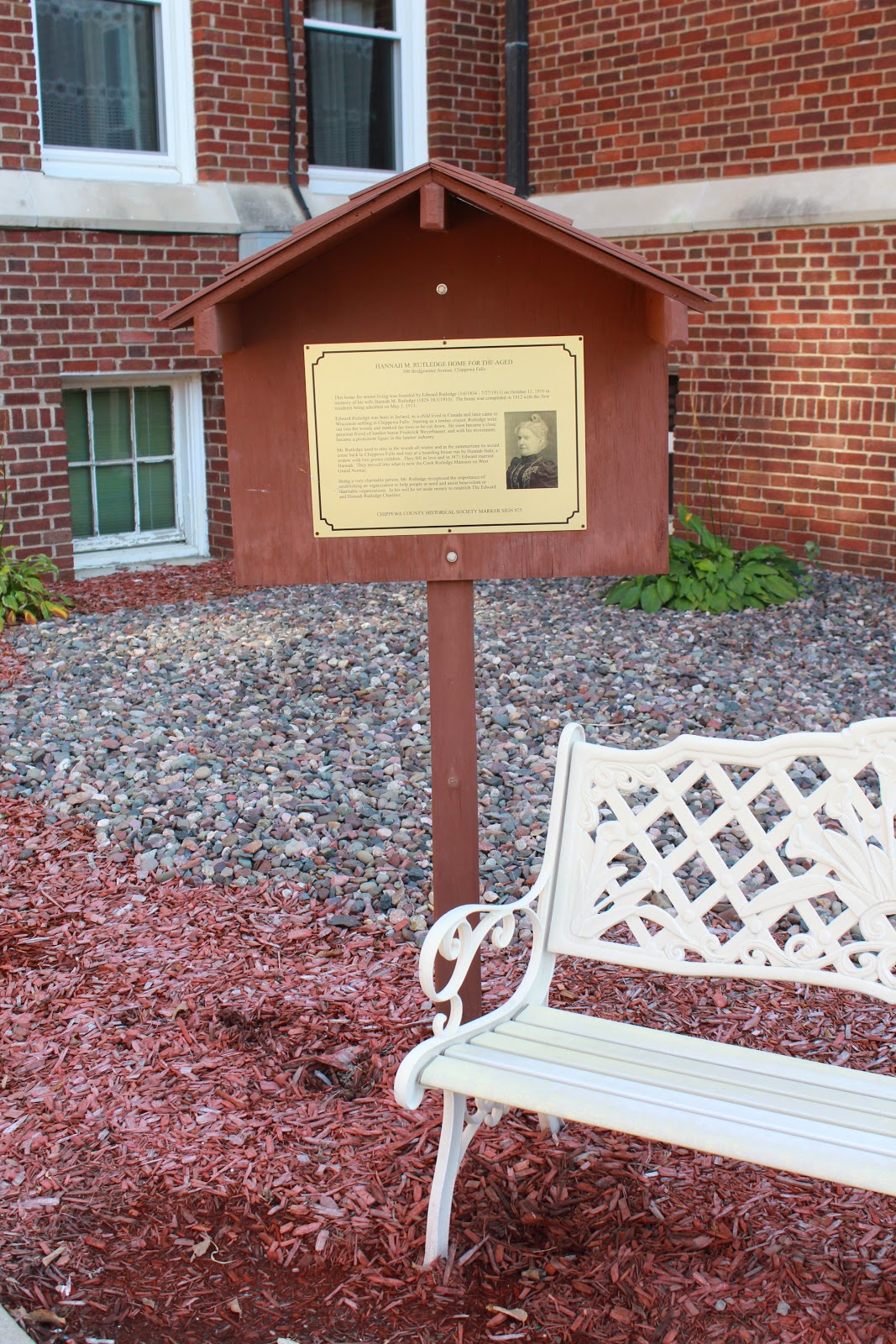 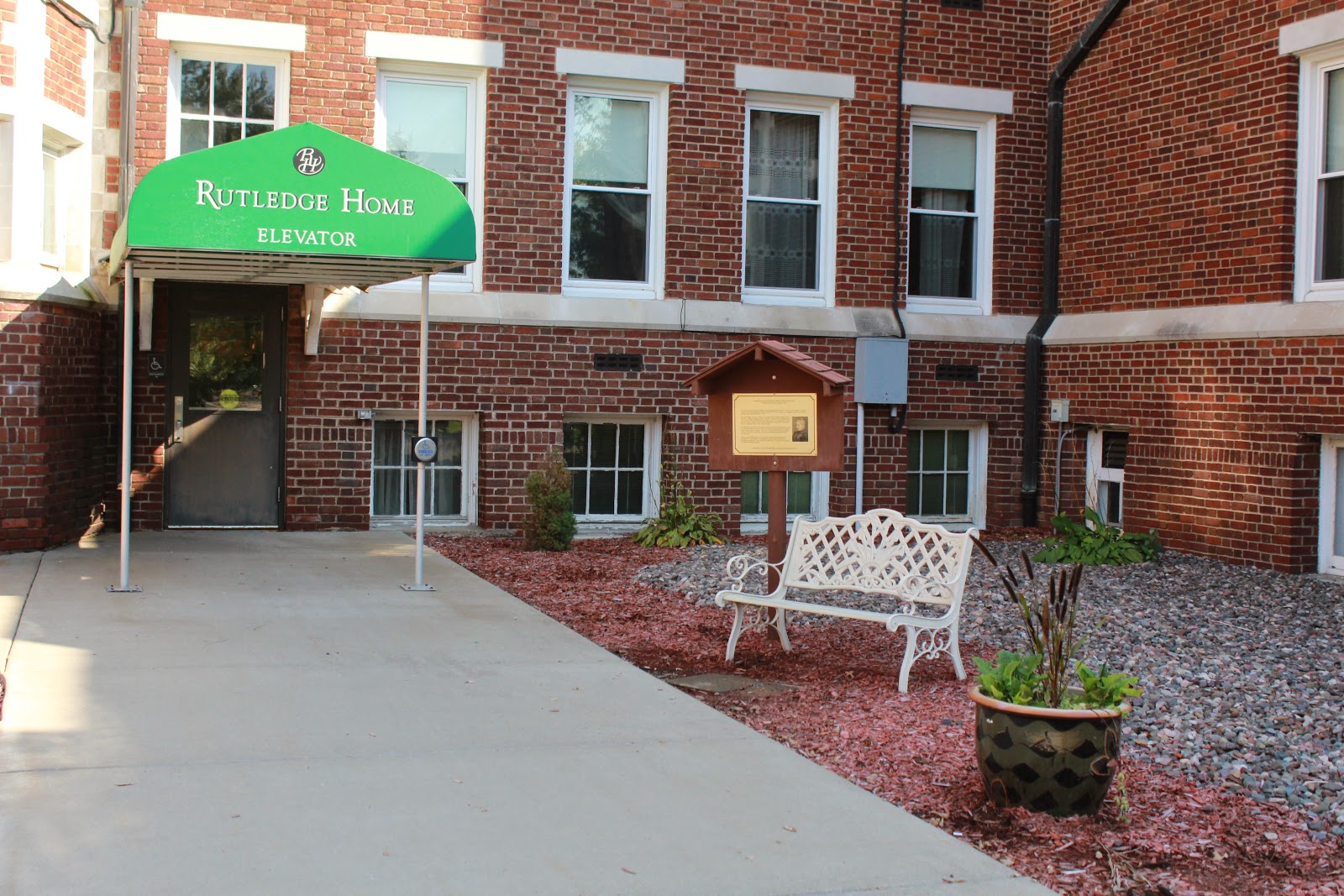 The marker is at the Eagle Street entrance to the home. 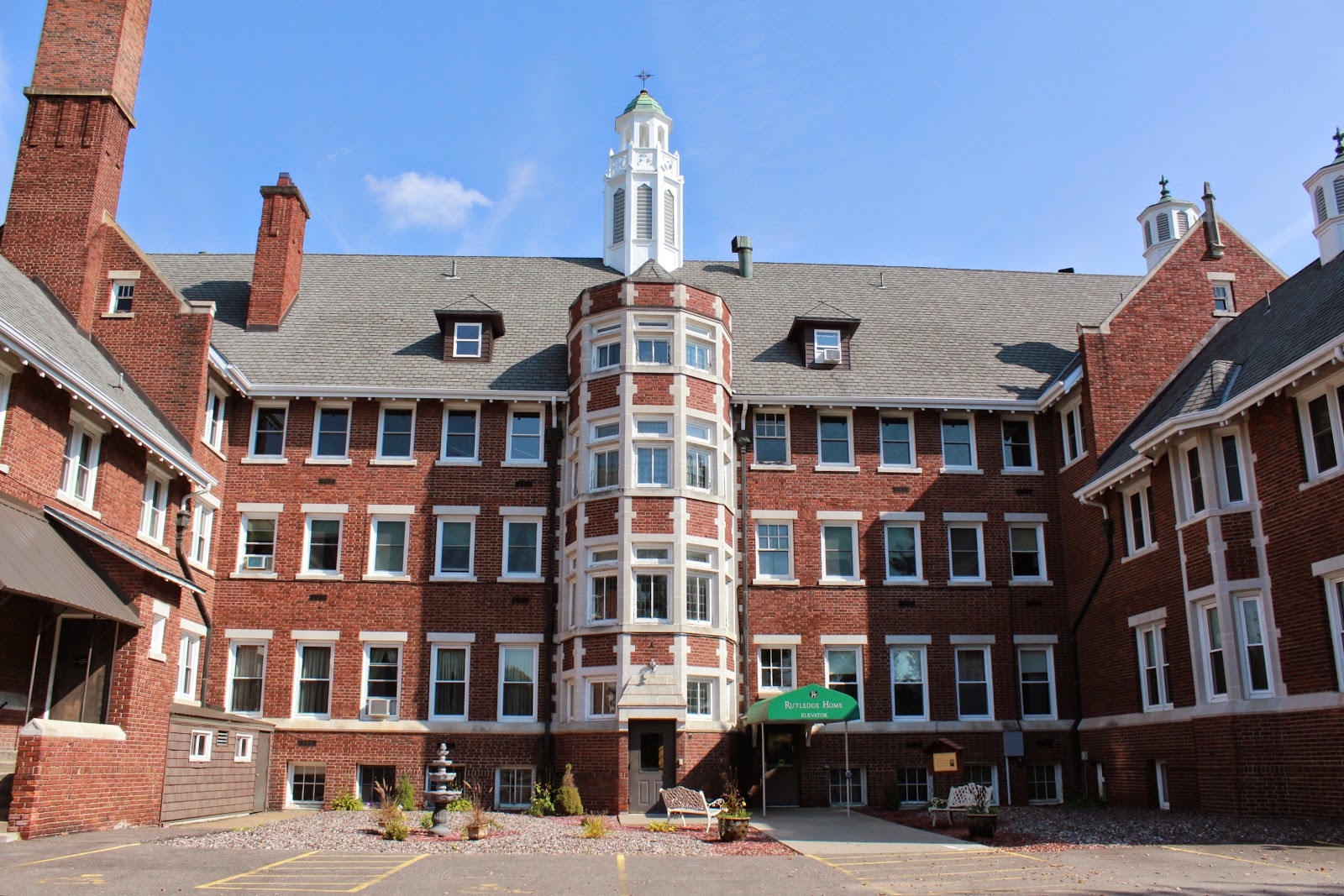 The marker is visible in the shade, to the right of the green awning. 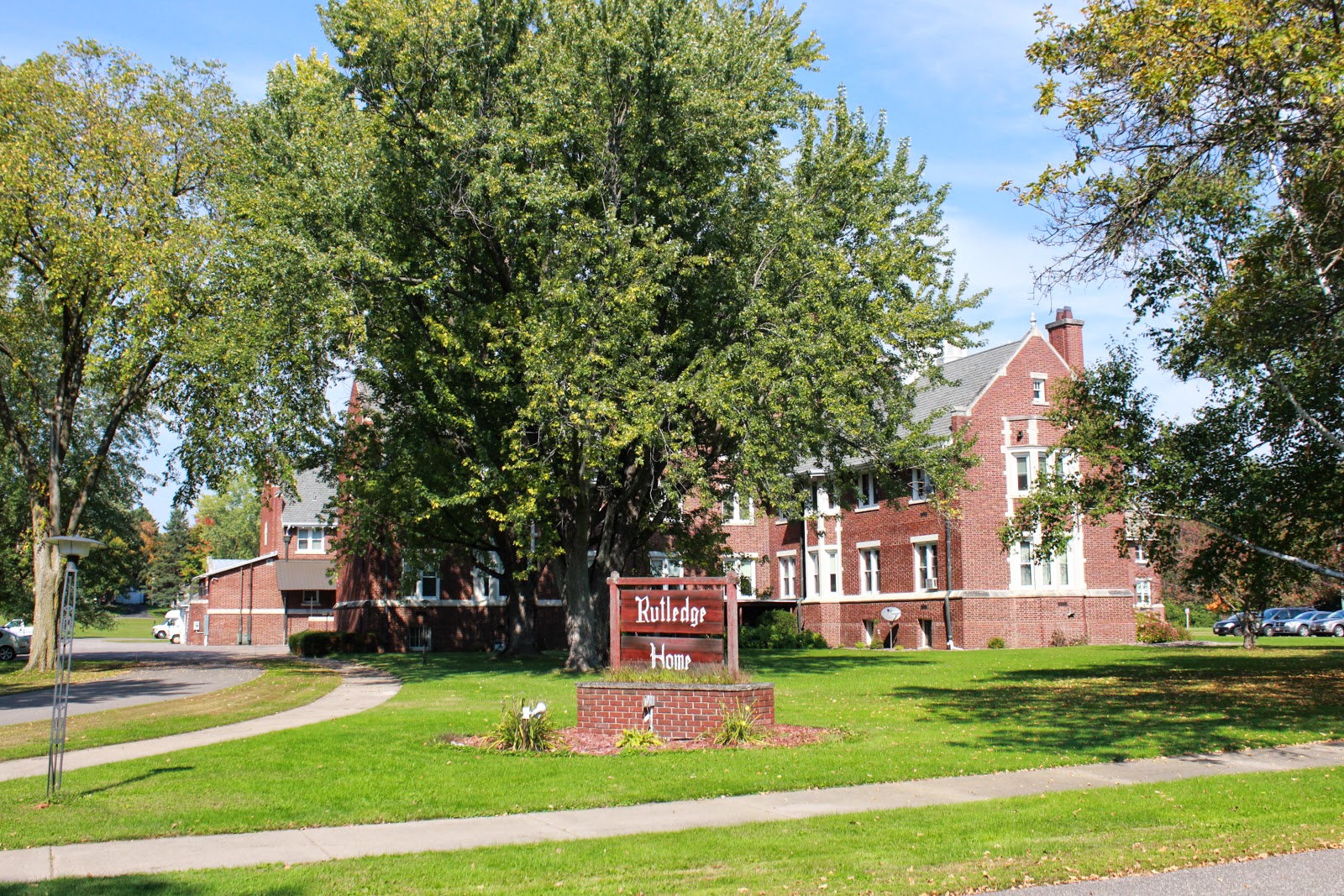 Follow the road on the left to the marker location. 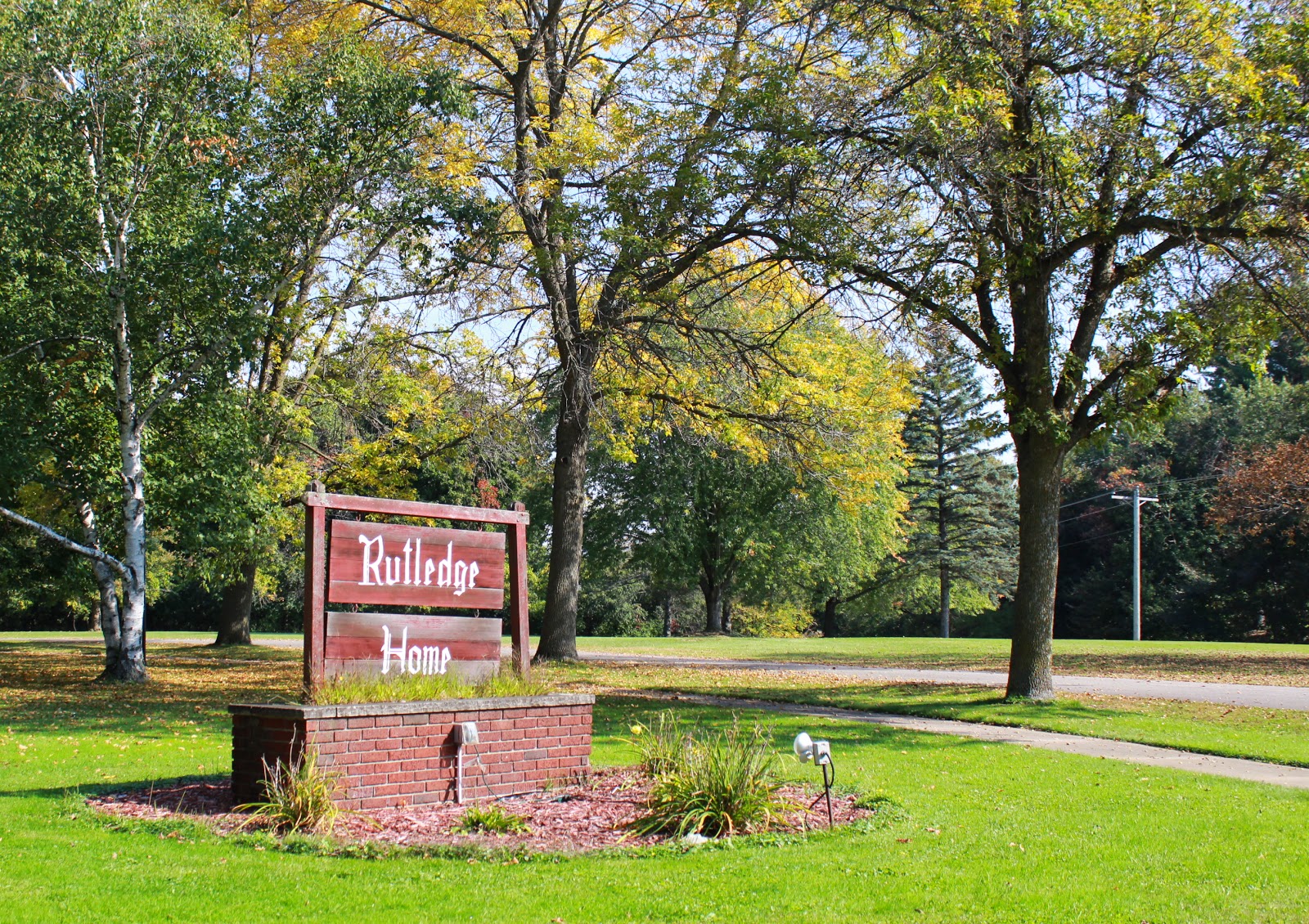 At the entrance to the Home.
The road to the marker is to the left of this sign.