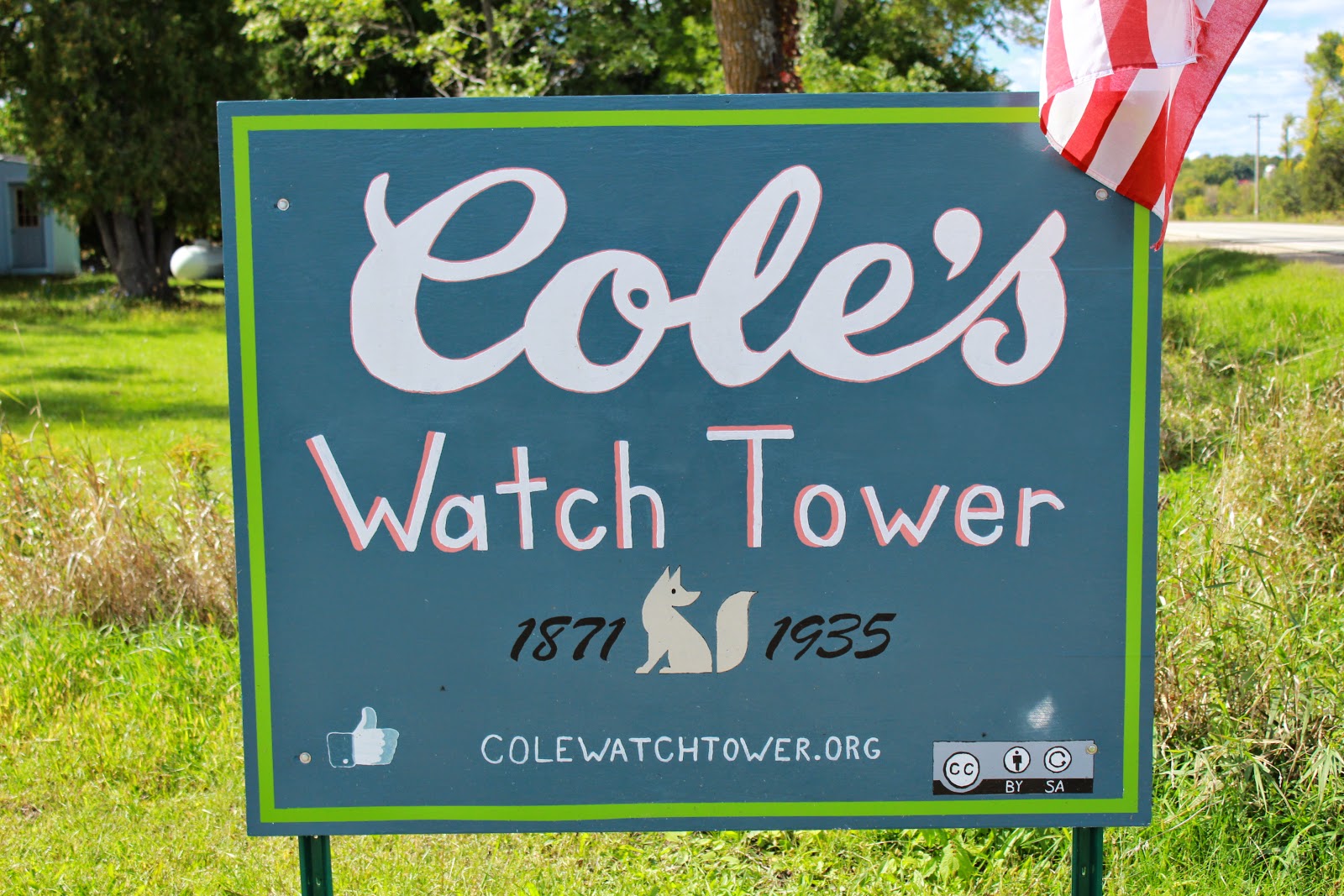 NOTE: This is no marker at this location.

This very cool property is listed (as of 1978) on the National Register of Historic Places: Wisconsin: Winnebago County.

NOTE: Cole's Watch Tower is privately owned, on private property. However, the owner does welcome guests. Click here to contact the owner to plan a visit. If you show up unannounced, please respect the owner's privacy. Photos may be taken from at the driveway entrance. If the owner sees you, he will come out to greet you. He's a real nice guy! You'll enjoy visiting with him; I know I did!

NOTE ALSO: Any photos taken at the Cole's Watch Tower property are to be licensed under a Creative Commons Attribution-ShareAlike 4.0 International License. In other words, photos are permitted, but only if you agree to relinquish your copyright and share! That said, any photos on this post are available for sharing. Just ask, and give me credit as the photographer.

The land out of which Cole Watch Tower grew was once Menominee Indian Territory. The first pioneers arrived in what is now known as Omro, as early as 1812, settling on the south side of the Fox River. As the early settlers went to work building cabins and taming the land on the south side of the river, the Native Americans honored the north side; walking the same well-worn paths their ancestors walked, performing their ceremonies, and burying their dead as they always had. This would soon change. In 1836, the Menominee Indians ceded all lands between the Wolf and Fox River to the United States Government. Having the threat of Indians removed, the north side of the Fox River was now opened for homesteading.

Hosea Knapp received the first deed to the property in 1852 from the United States under the Military Bounty Land Act of 1850. It is unclear if he settled on the land. Knapp sold the land to Philip King in April 1870. In September of the same year, Philip King transferred the property to Charles Olcott King with the agreement that Charles would assume the mortgage to Knapp.

Charles O. King was married to Vesta Ann Cornish in 1871 and the beautiful brick Italianate-style home was soon complete. The King family farmed the land and brought up 5 children in the then four bedroom home. Husband and wife remained in the home until their death. Vesta Ann King passed away in 1912, and Charles King just a few years later in 1916. Both spent their final moments of life in the house they had built years before, when their life together was only a newly budding flower.

​Florent Shepard and Adeline Carpenter Cole purchased the home in 1924 and soon started a silver fox farm while maintaining a dairy. A wooden tower was built to keep watch over the valuable fox. When the decision was made to build a new tower, architect and son-in-law Robert Wertsch designed the plans. The kitchen roof was removed and the seven story steel and concrete tower was complete in 1935. Florent and Adeline raised three children; Nonah, Edward, and Bruce in the home.

We strongly believe that knowledge shared openly will help make our world a better place to live. To that end, we share our work with Creative Commons licensing.

The foregoing content is used with permission of Cole Watch Tower. 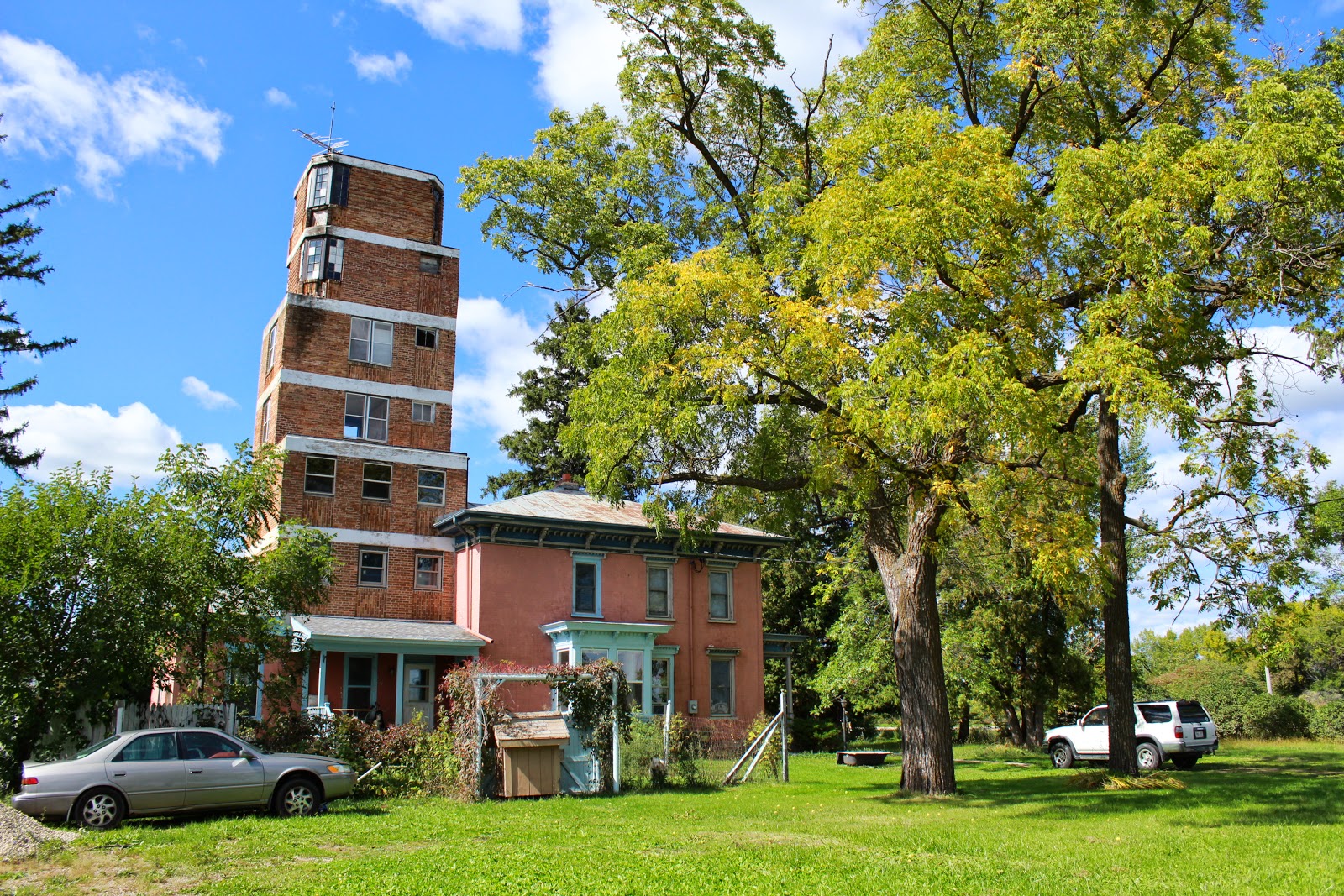 The Italianate-style brick farmhouse was built in the 1870's;
the seven-story brick-clad steel and reinforced concrete tower was built in 1935. 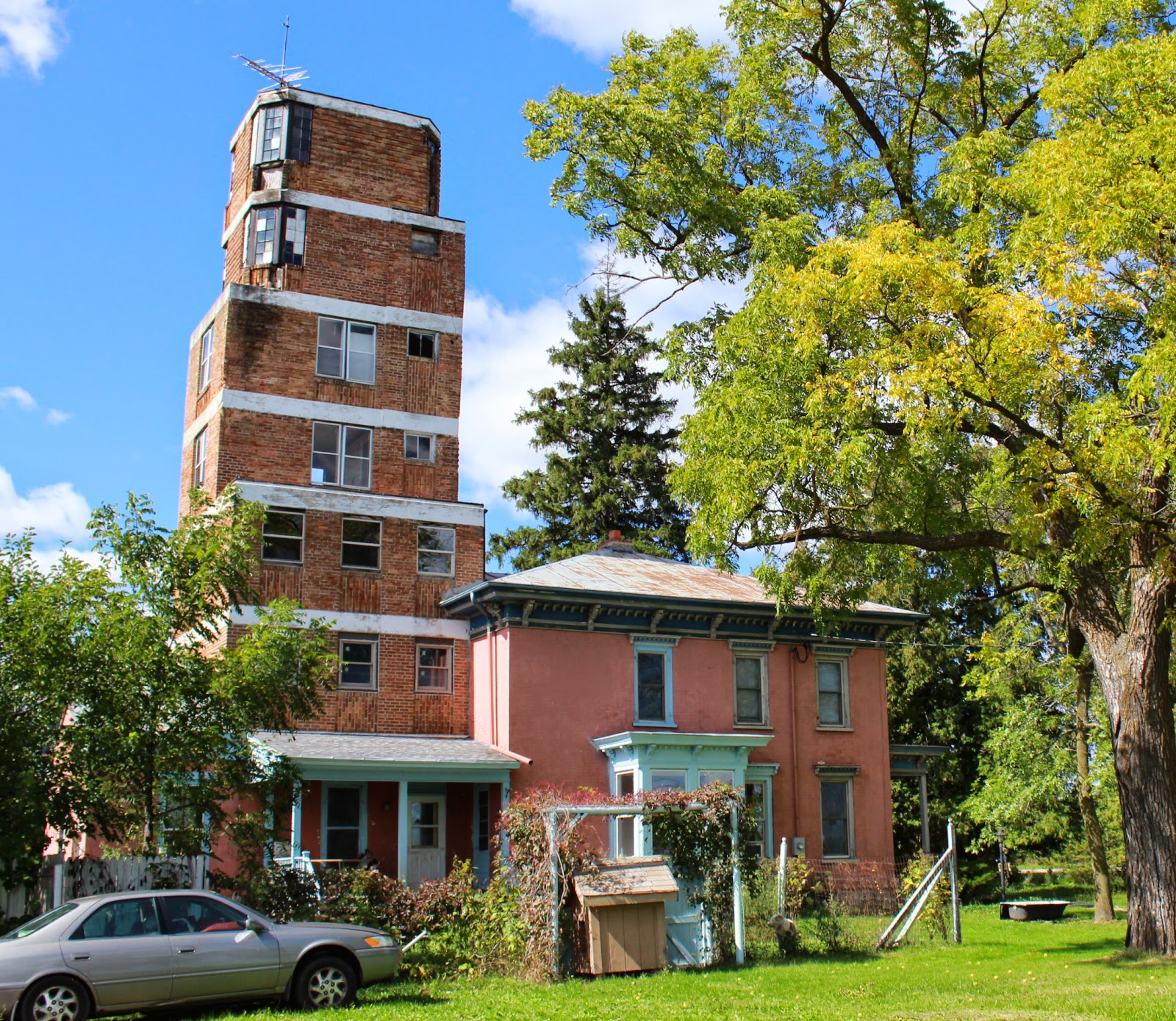 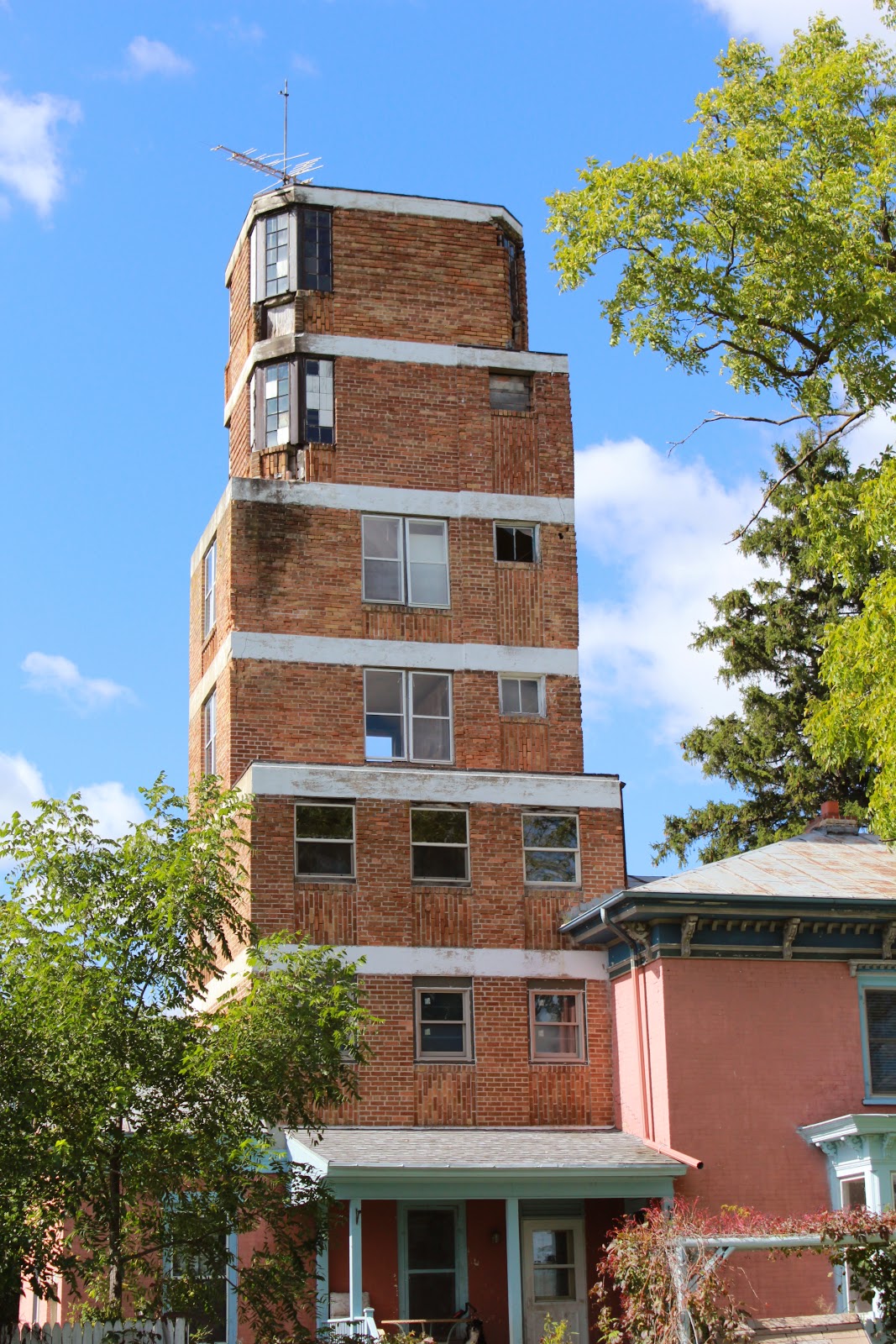 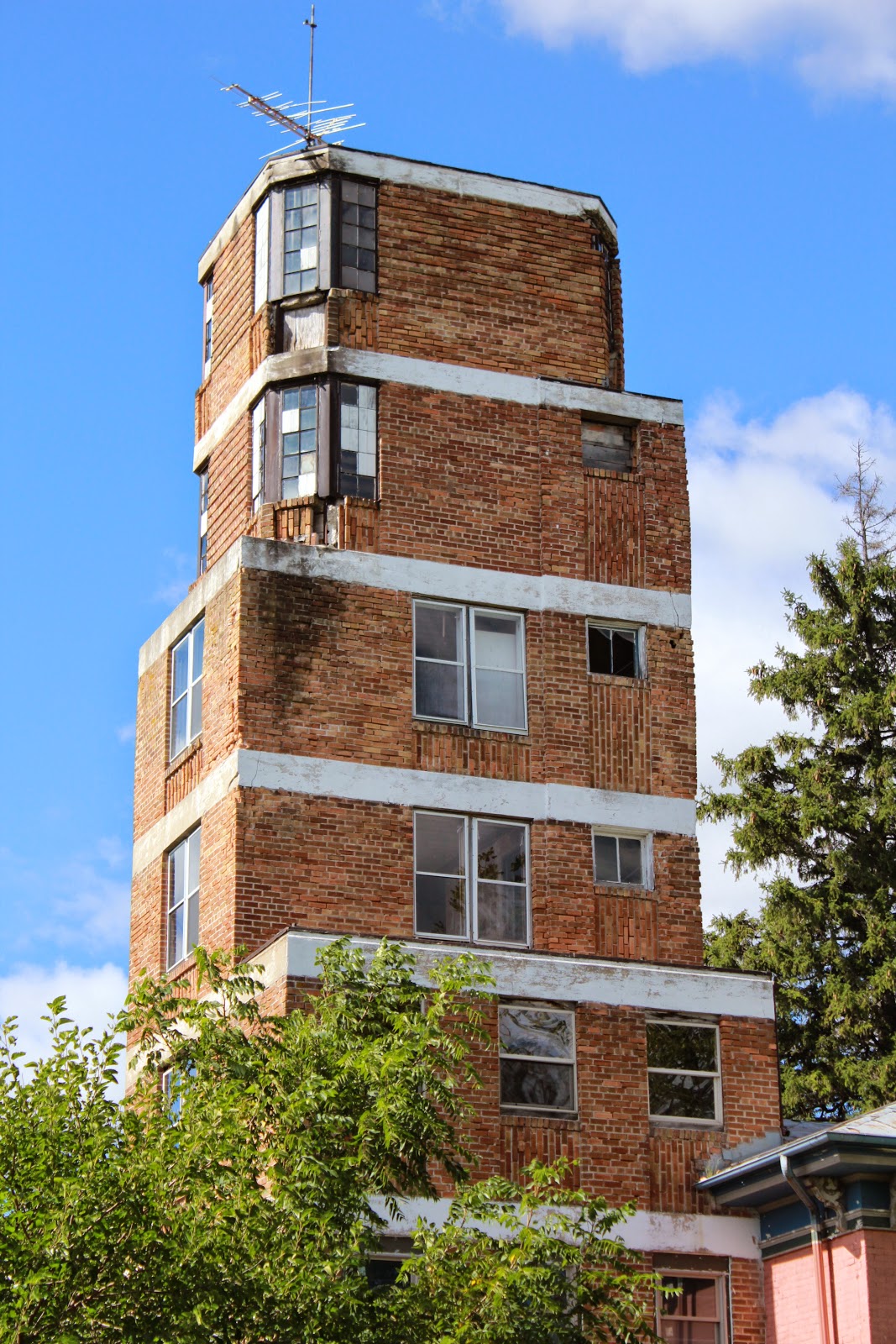 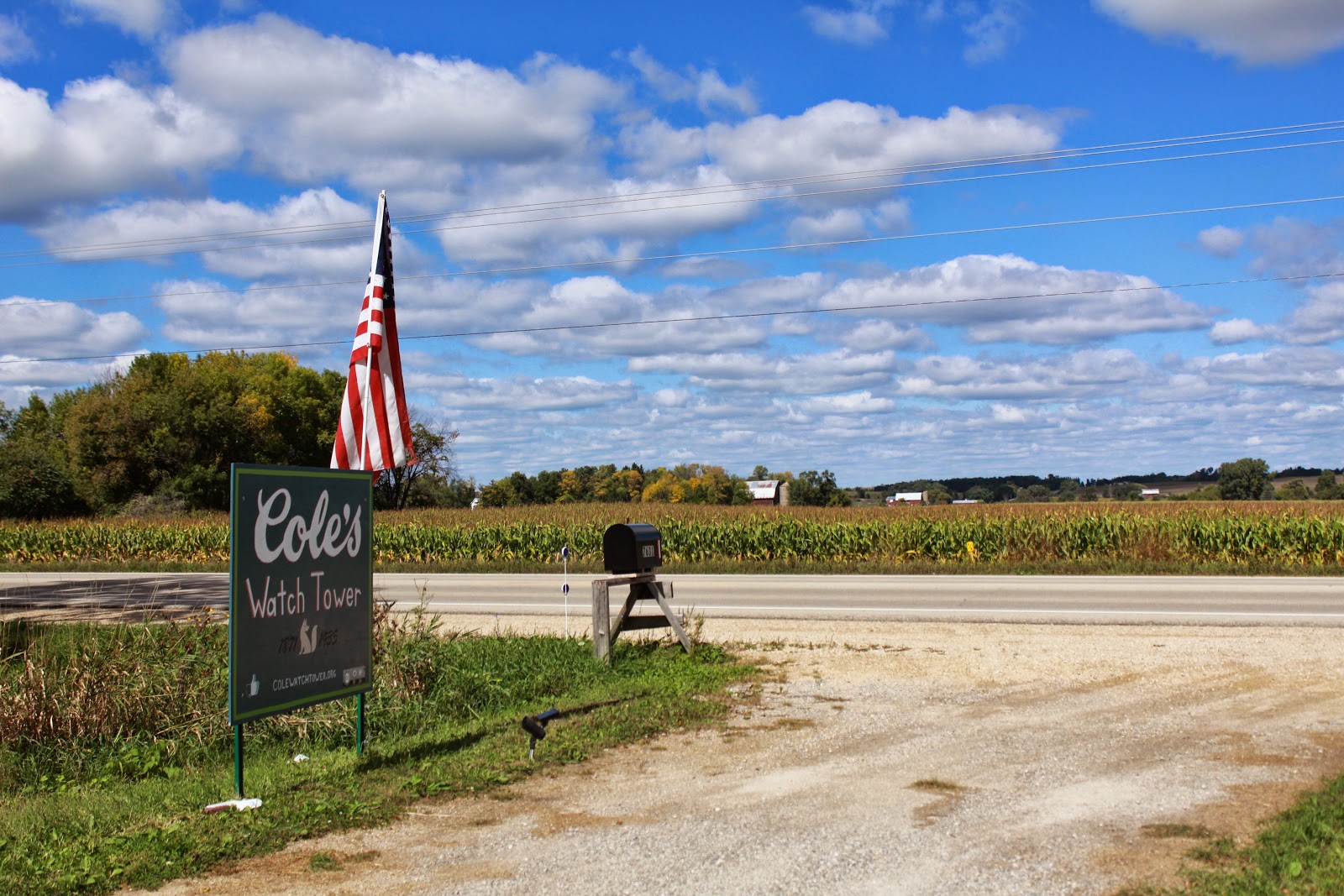 Oh, my goodness, it was a gorgeous day!!! 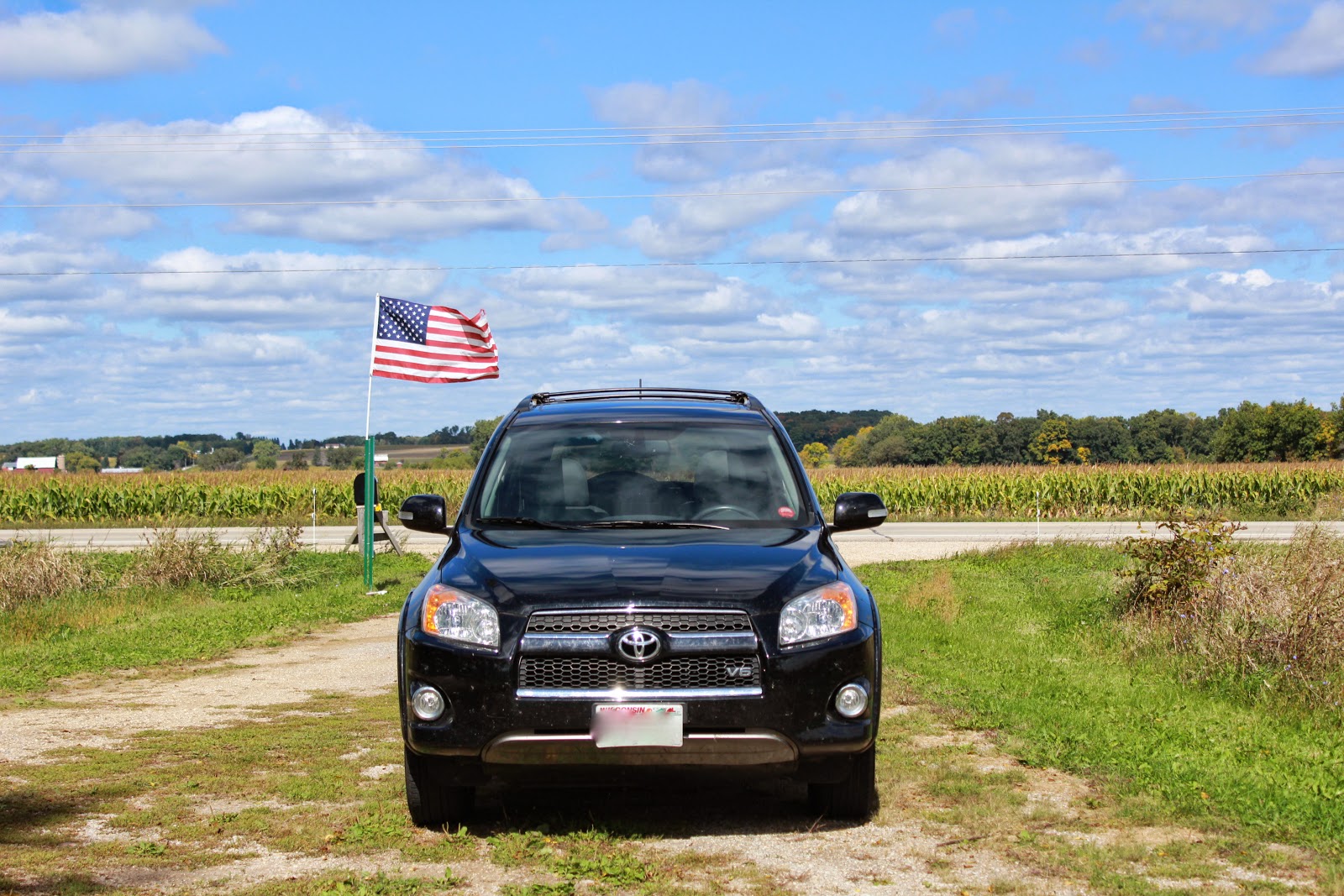 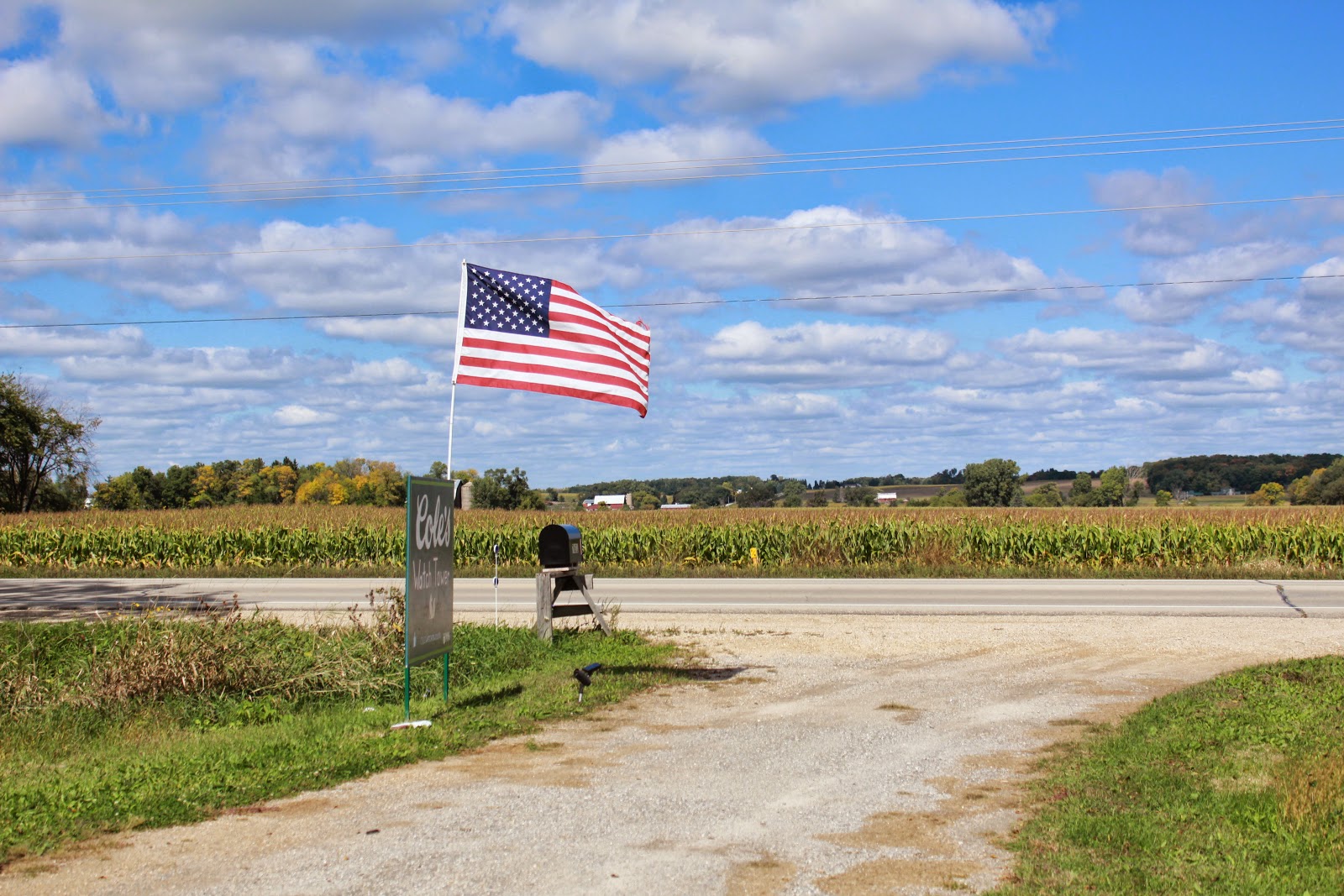 The entrance to the property. 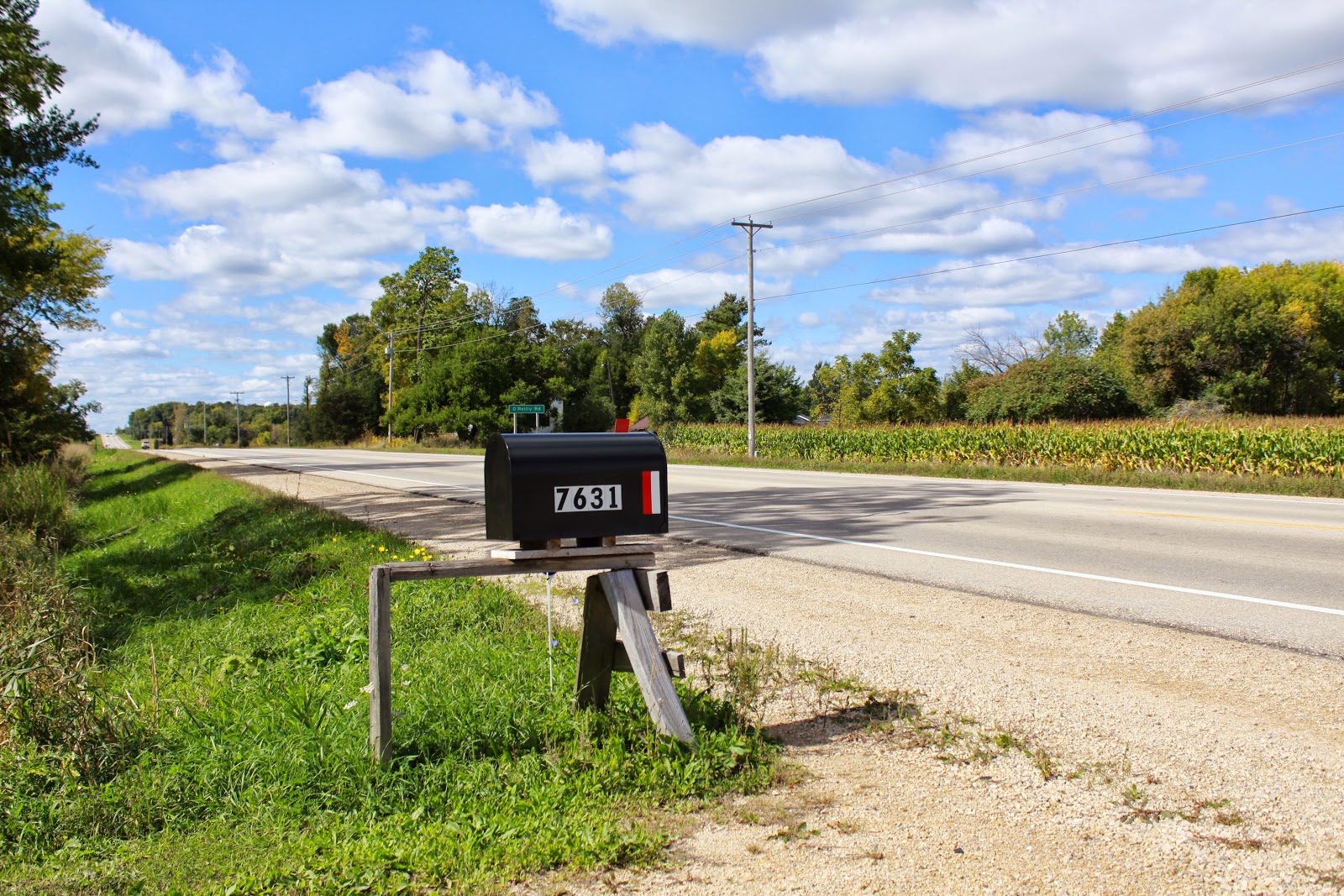 Thanks for the historical info! Each time I drive past this home I wonder who built the tower & why!

You're so welcome, Tami!