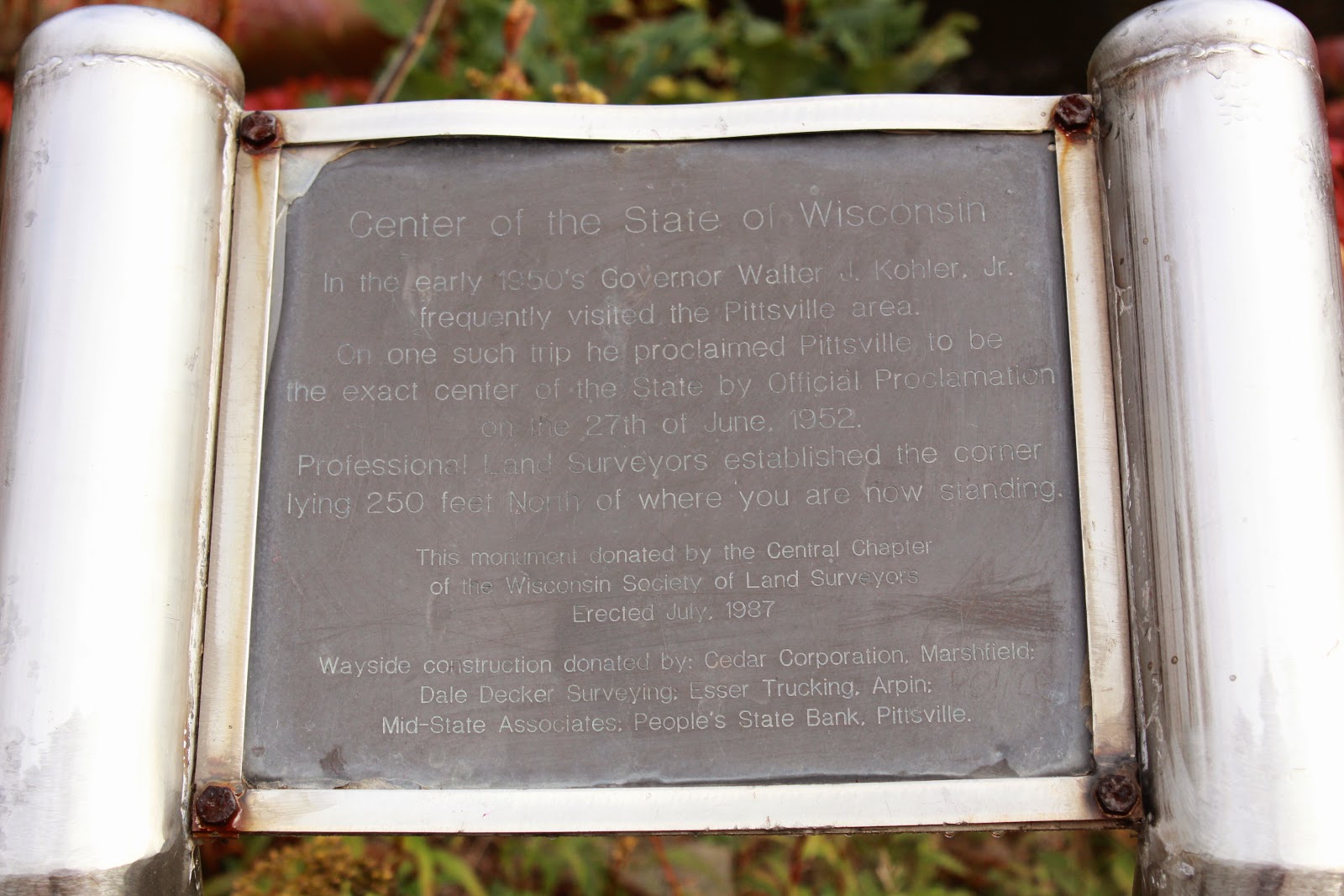 In the early 1950's Governor Walter J. Kohler, Jr.
frequently visited the Pittsville area.
On one such trip he proclaimed Pittsville to be
the exact center of the State by Official Proclamation
on the 27th of June, 1952.
Professional Land Surveyors established the corner
lying 250 feet North of where you are now standing.

This monument donated by the Central Chapter
of the Wisconsin Society of Land Surveyors
Erected July, 1987

The marker is located at a wayside on the east side of a bridge that crosses the Yellow River, on westbound County Road E, west of its intersection with 1st Avenue / Wisconsin Route 80, Pittsville, Wisconsin 54466.

See also, Welcome to Pittsville / Exact Center of State , a nearby related marker. 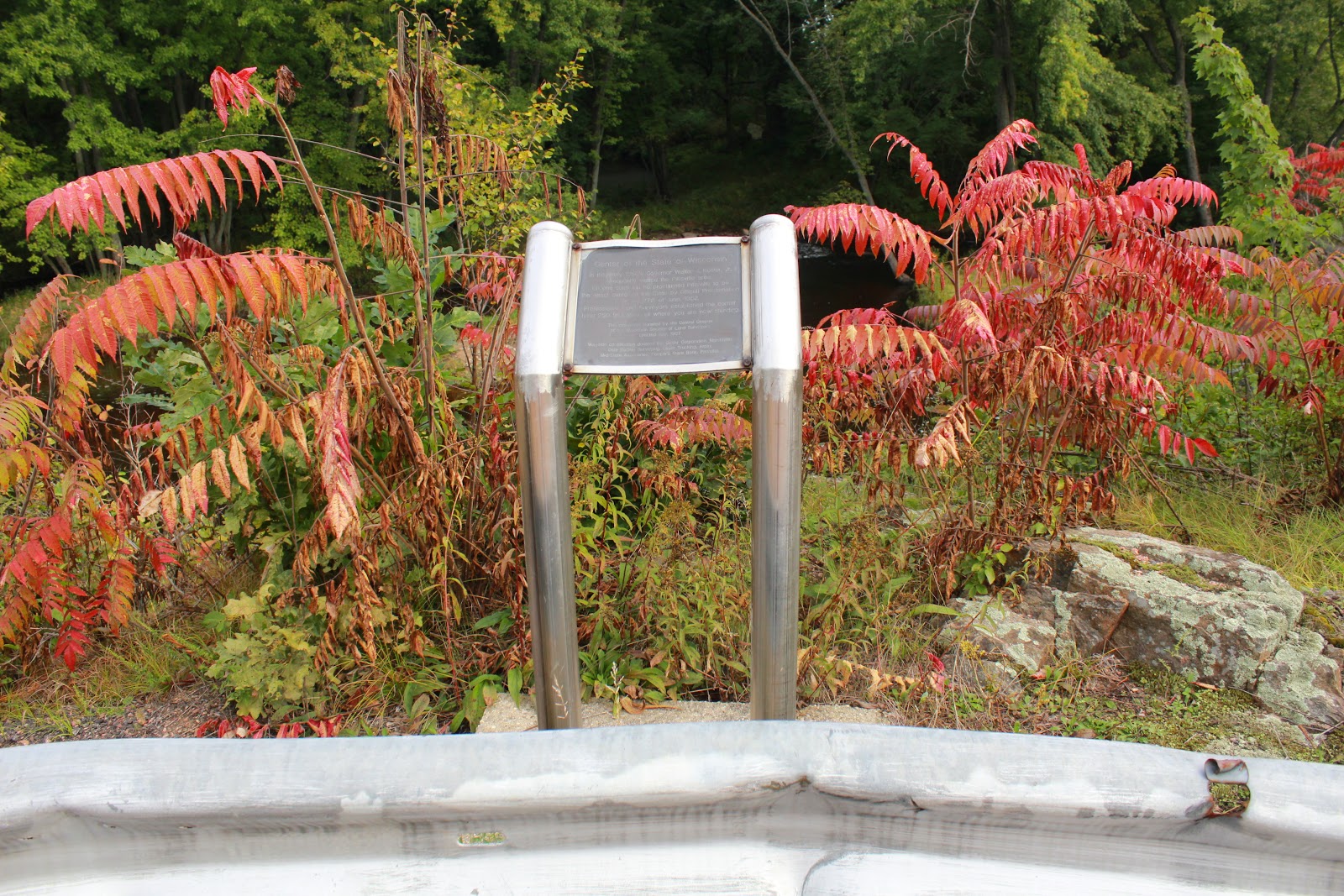 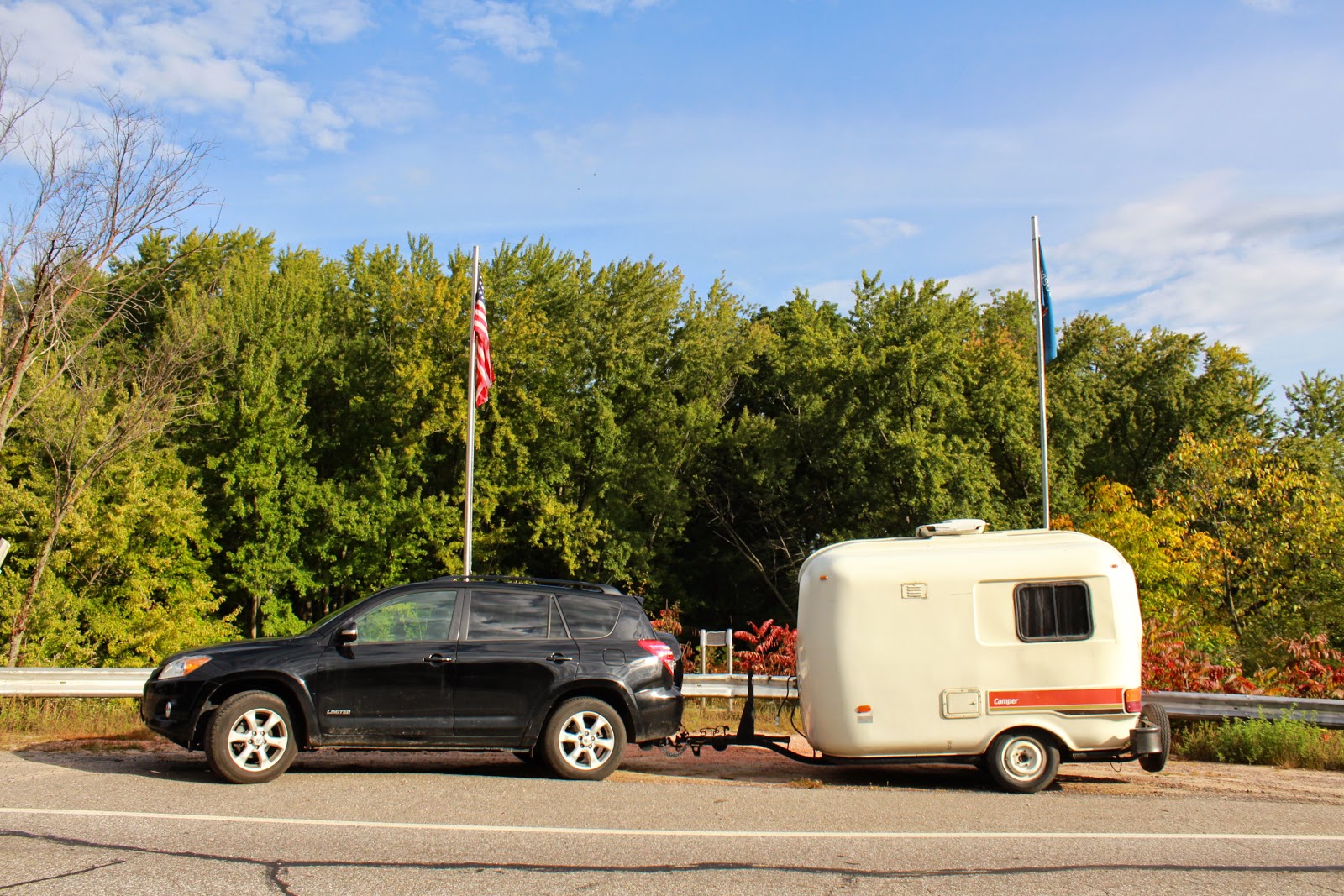 With the marker between my RAV4 and camper.
After a morning of drizzles and overcast skies
(and disappointing photos), and waiting an hour for the skies to clear,
the sunlight suddenly burst through for this shot. 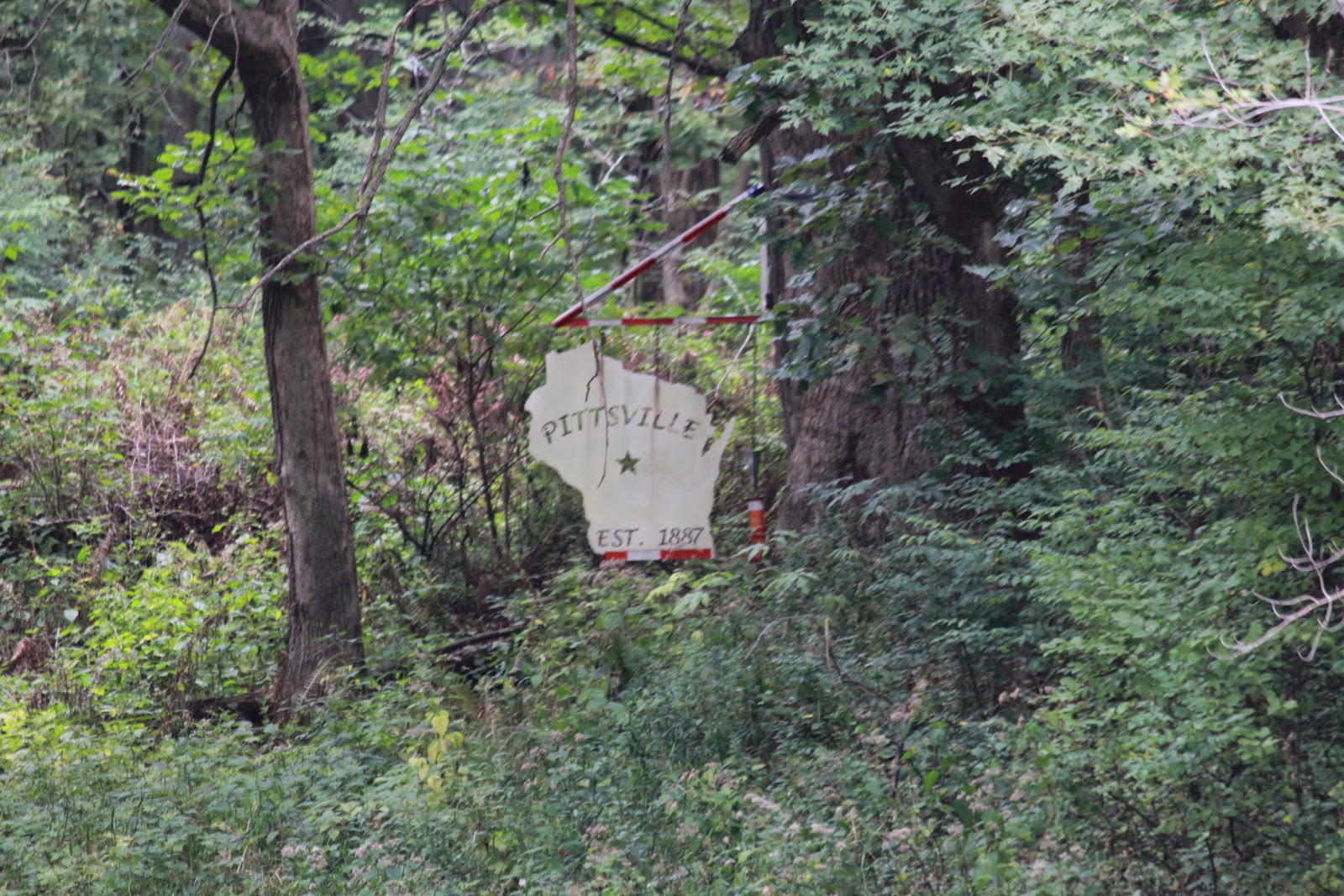 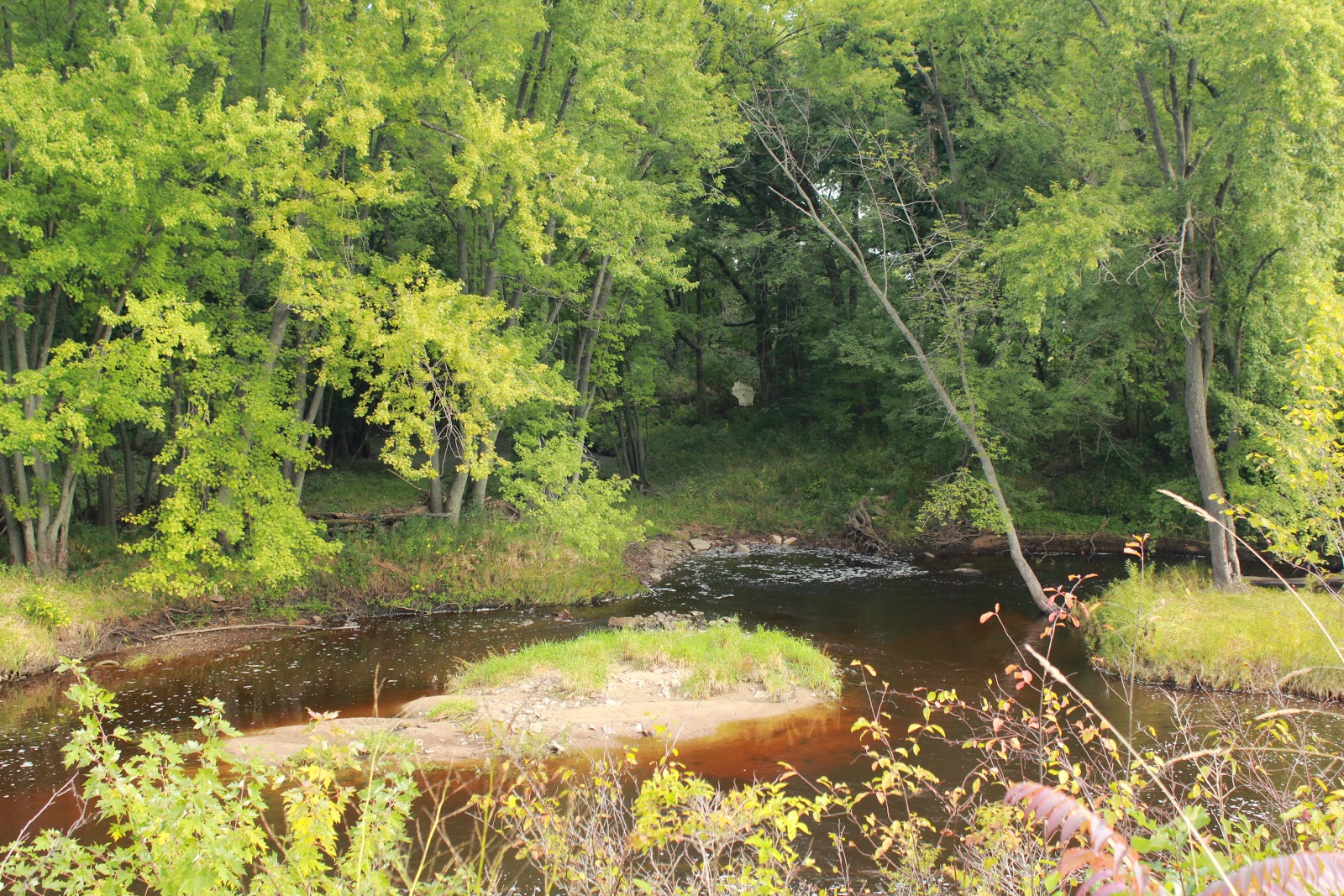 . . . which is across the Yellow River, hidden in the bushes
(the white spec in the middle of the photo), and on private property. 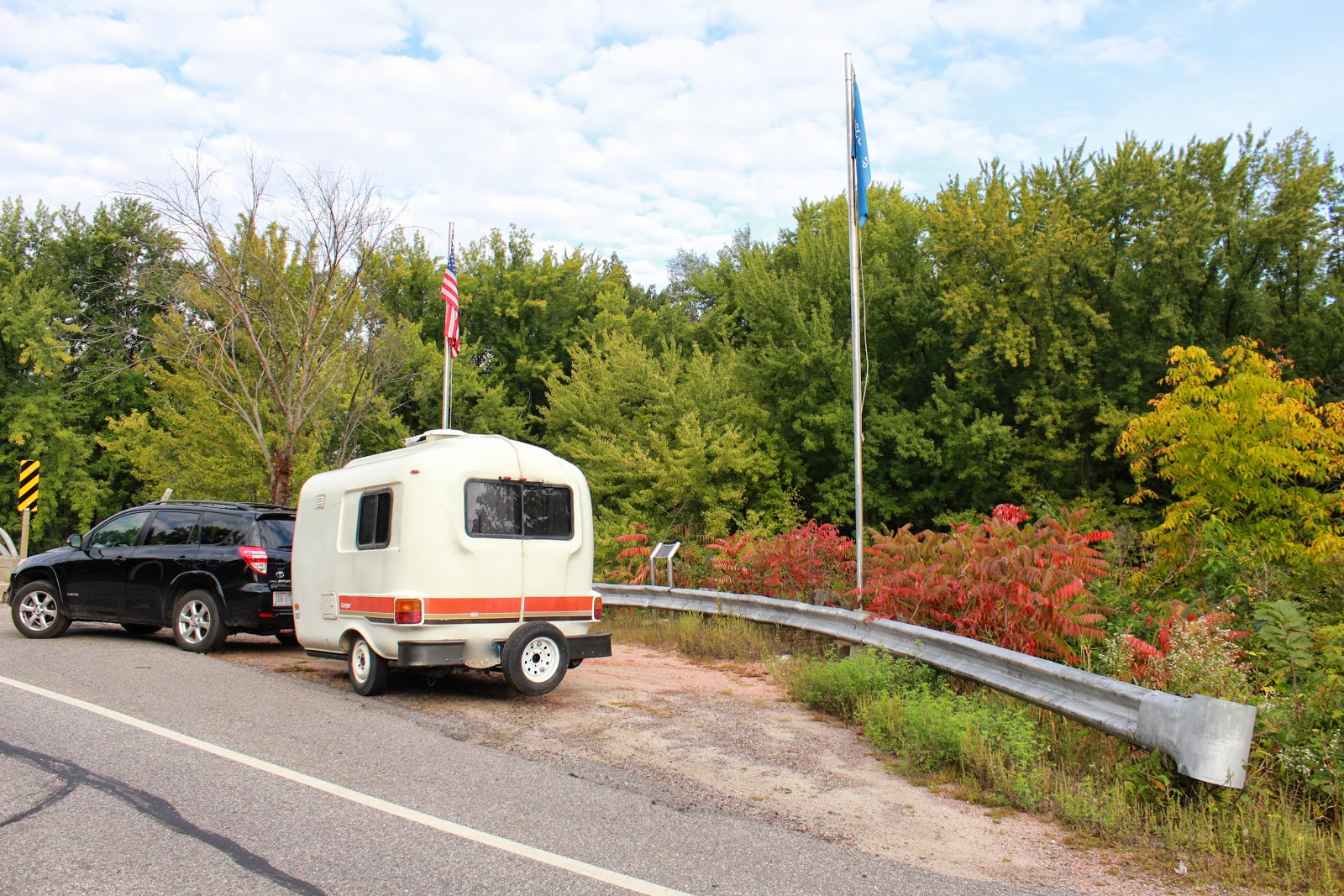 The small marker is visible in the center of the photo
(to the right of my camper). 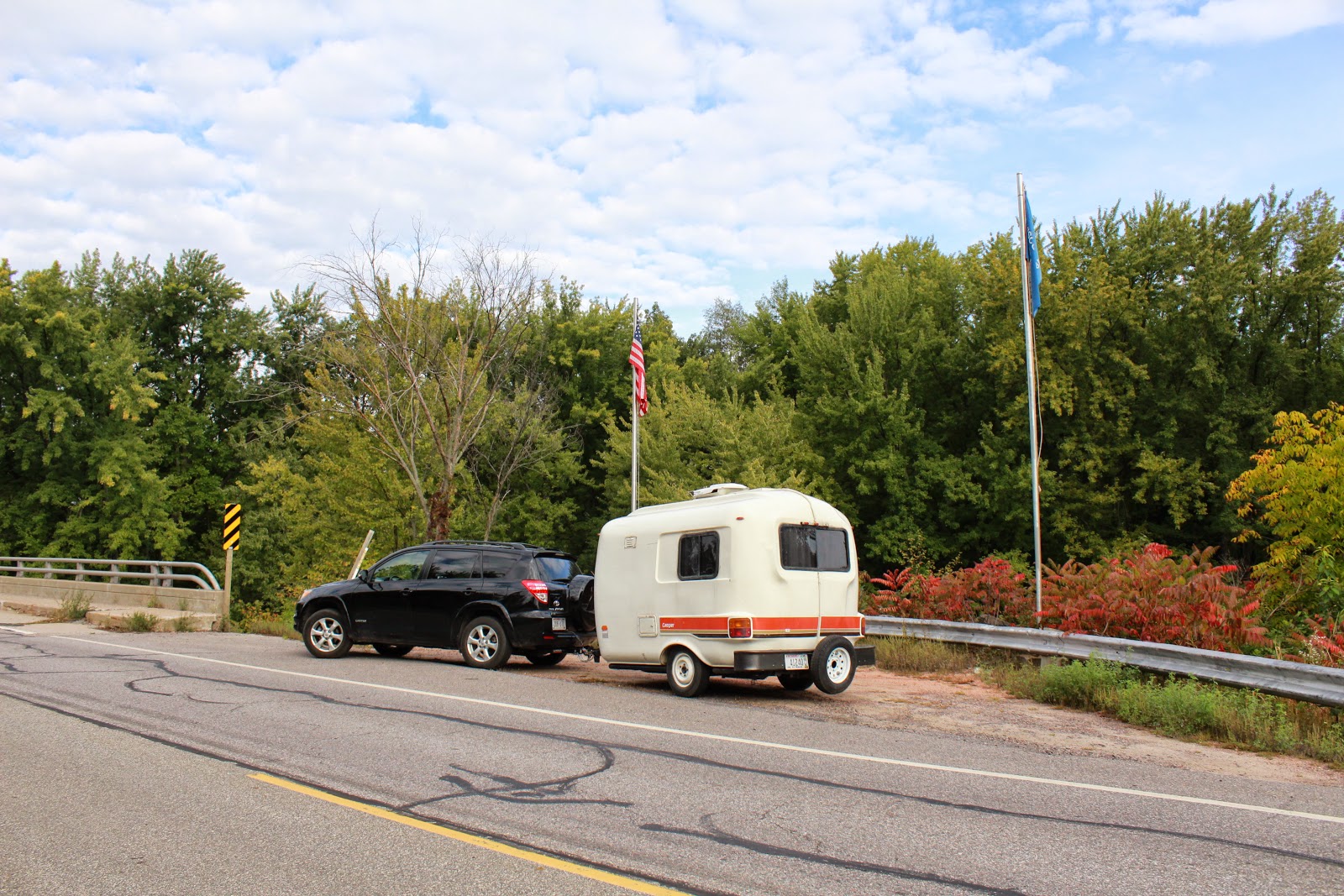 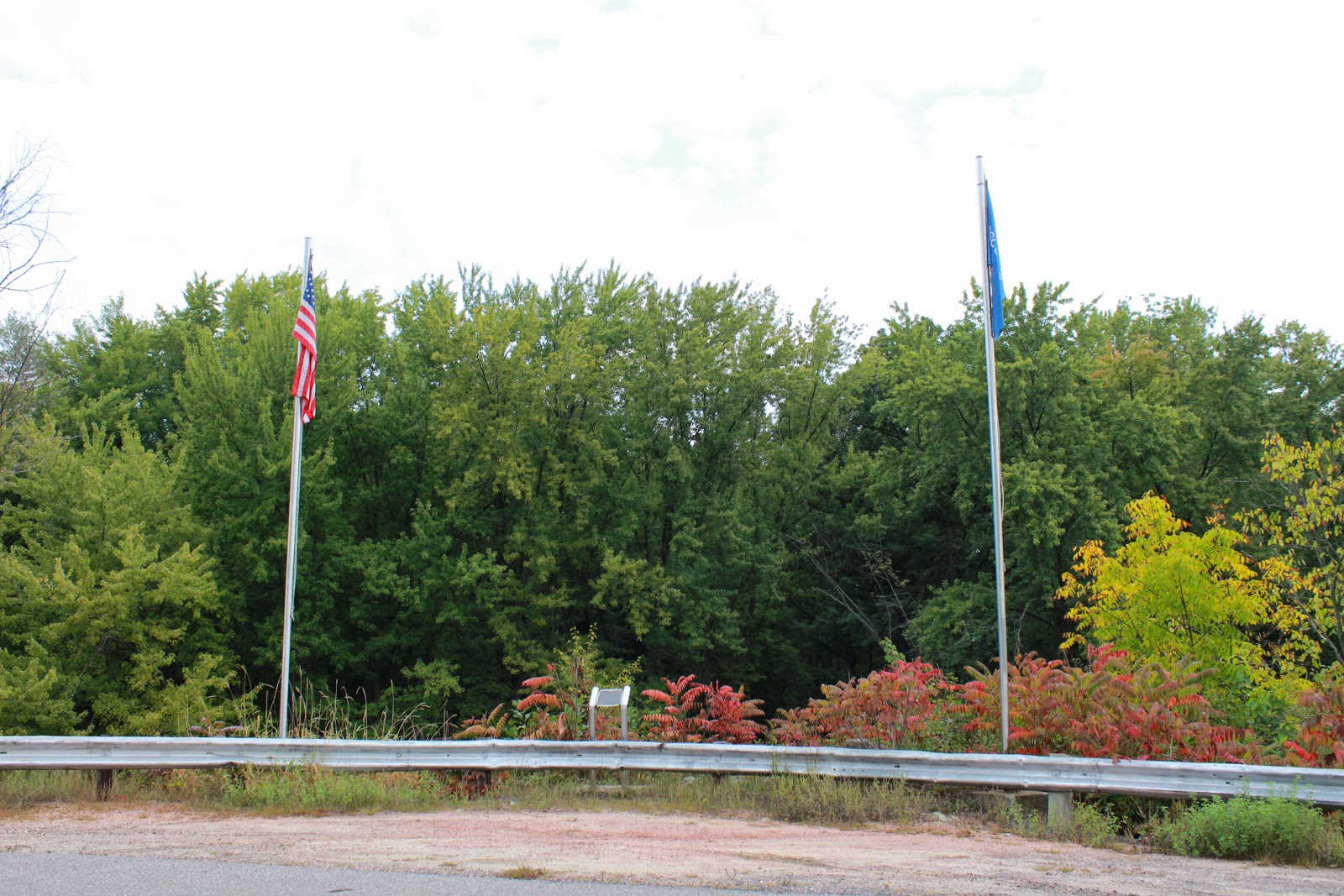 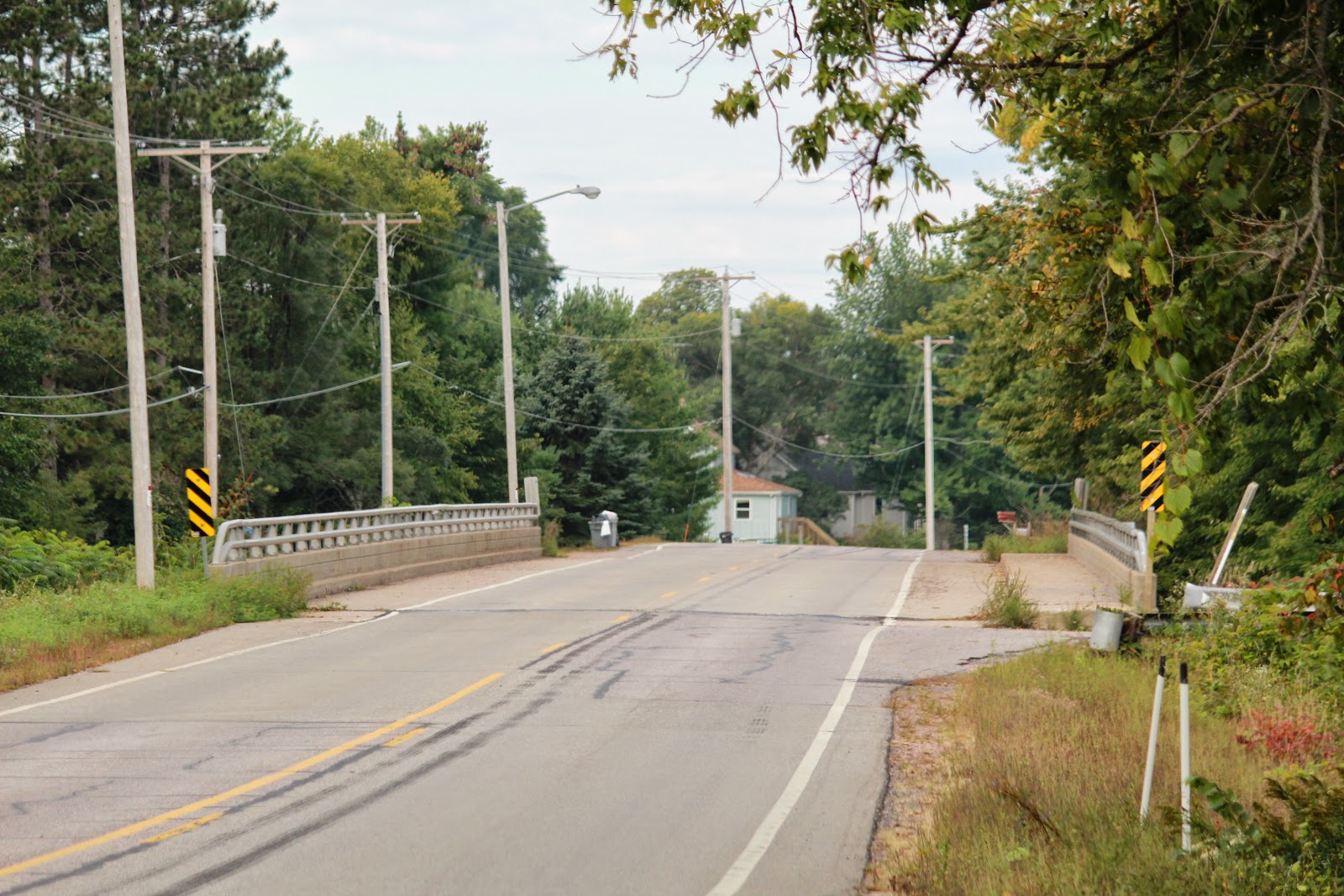 The turnout to the marker is just before the bridge, on the right. 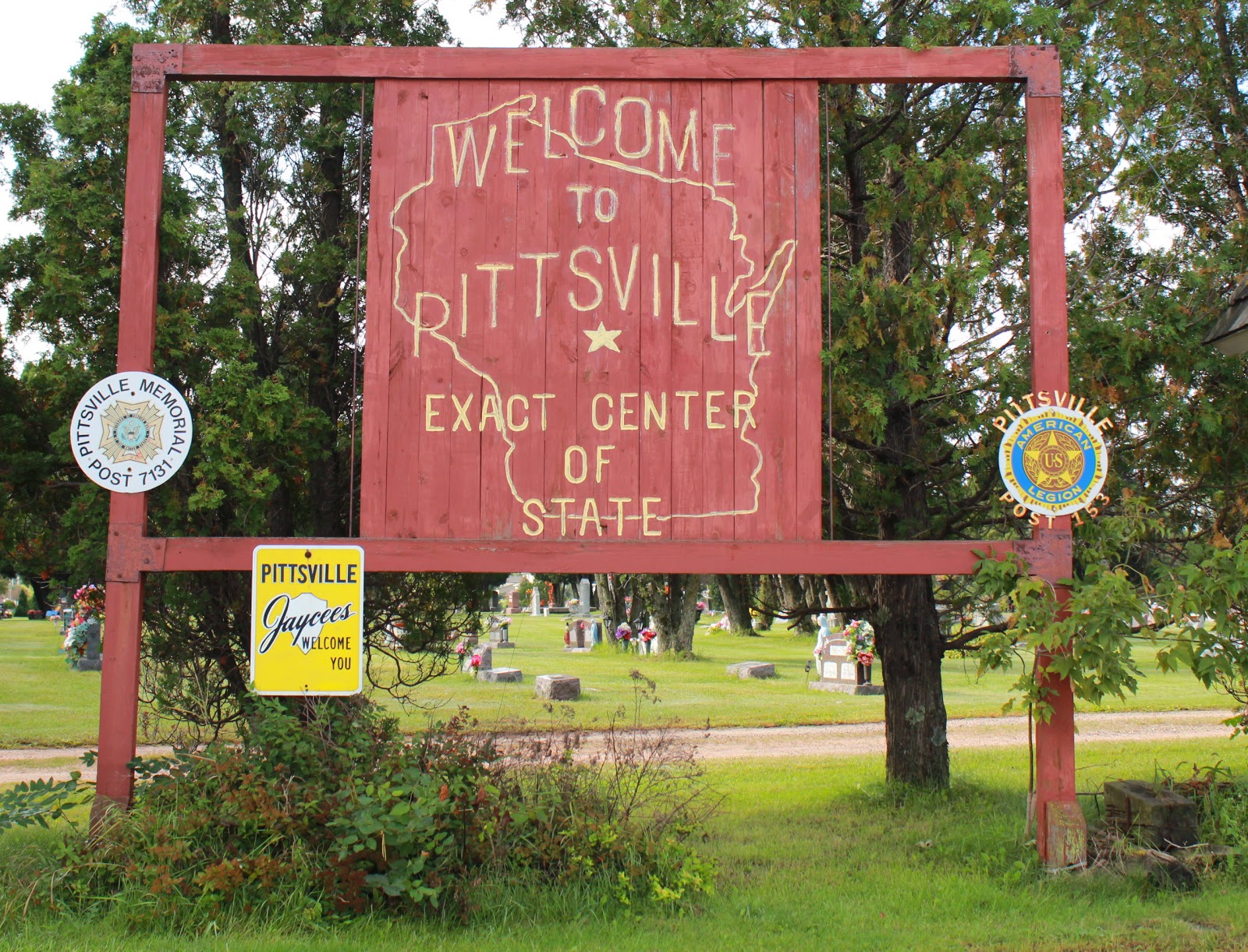