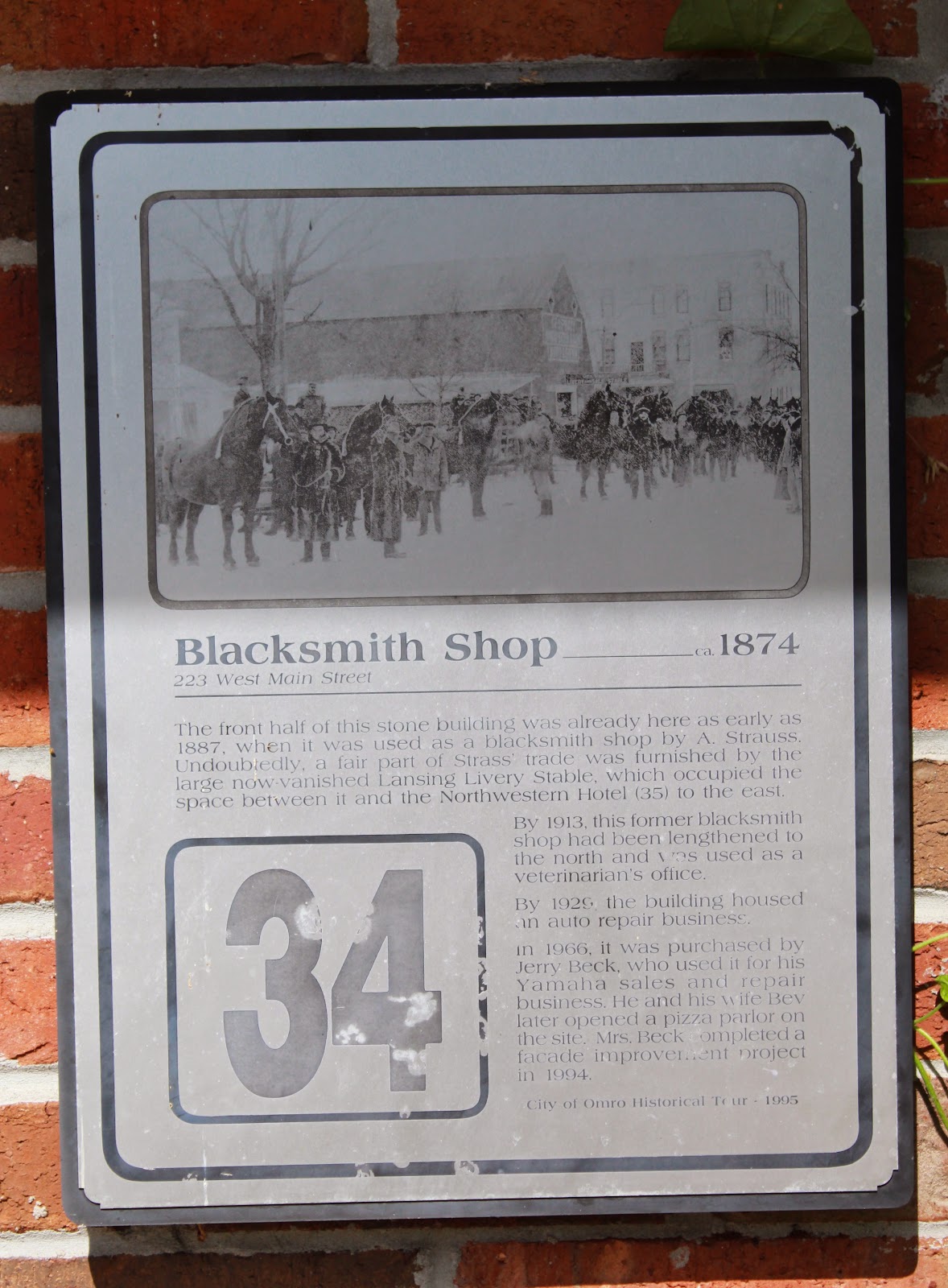 The front half of this stone building was already here as early as 1887, when it was used as a blacksmith shop by A. Strauss. Undoubtedly, a fair part of Strauss' trade was furnished by the large, now-vanished [sic] Lansing Livery Stable, which occupied the space between it and the Northwestern Hotel to the east.

By 1913, this former blacksmith shop had been lengthened to the north and was used as a veterinarian's office.

By 1929, the building housed an auto repair business.

In 1966, the building was purchased by Jerry Beck, who used it for his Yamaha sales and repair business. He and his wife Bev later opened a pizza parlor on the site. Mrs. Beck completed a facade improvement project in 1994. 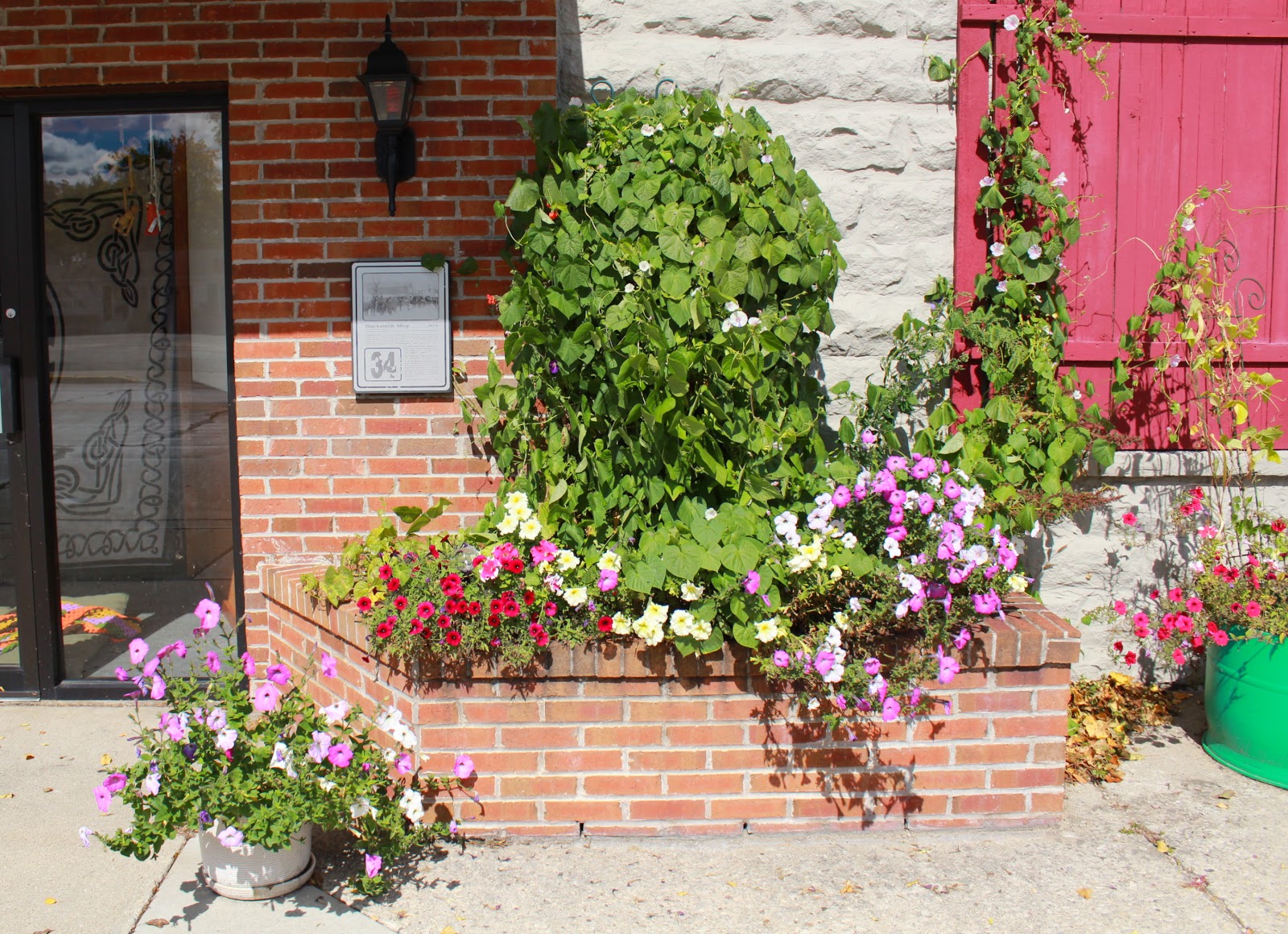 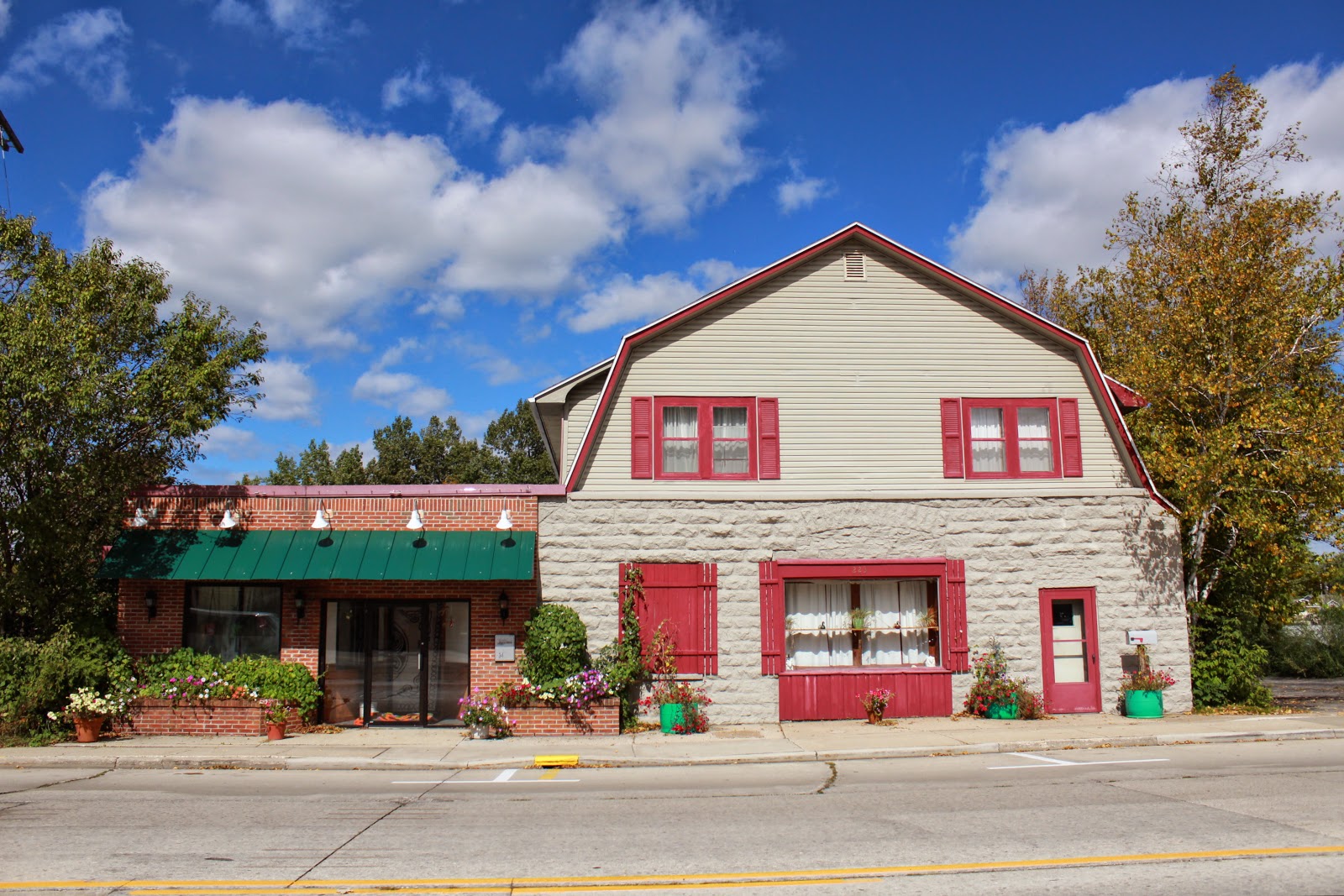 The marker is visible beneath the right side of the green awning. 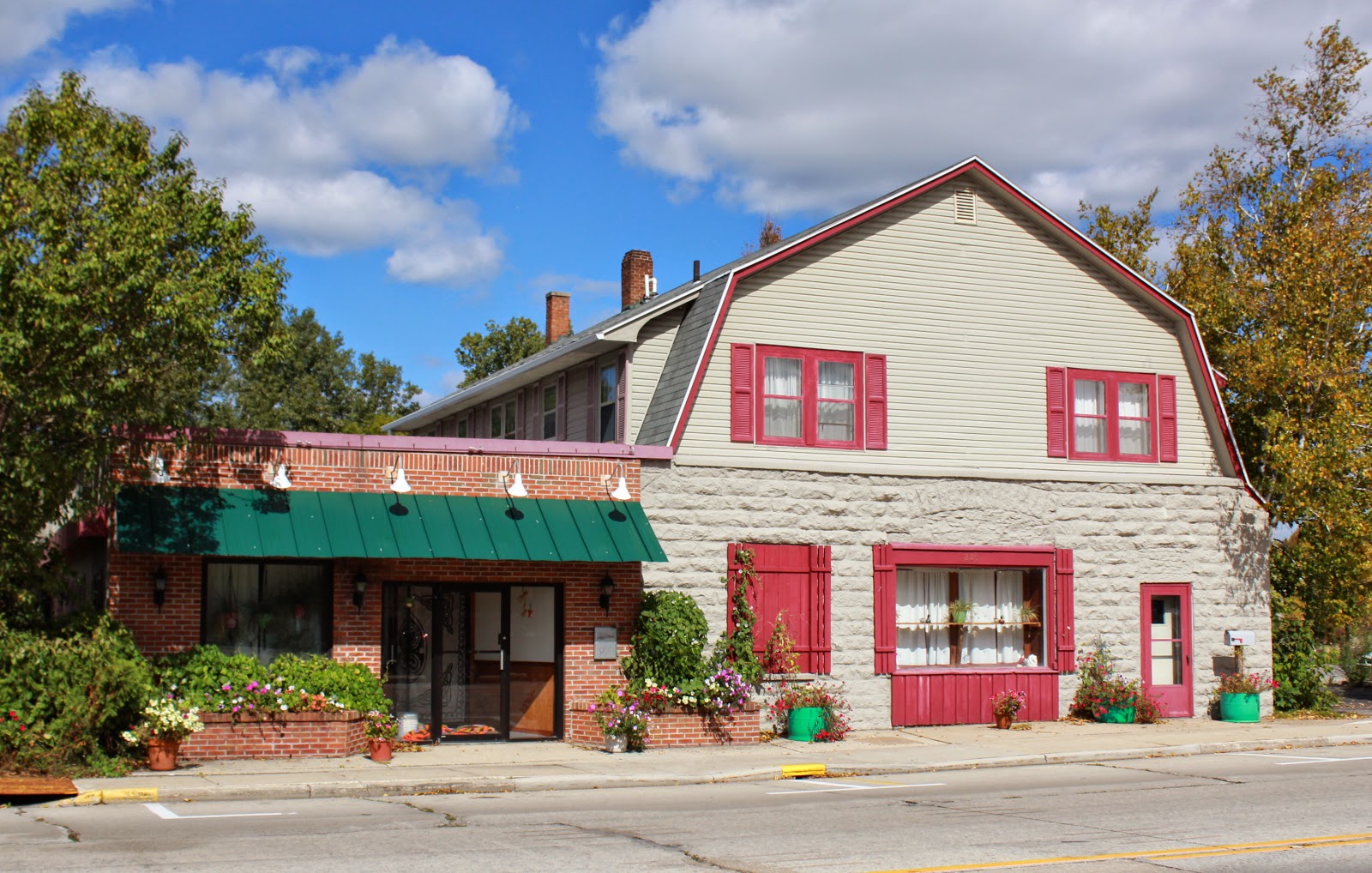 Such a colorful building!