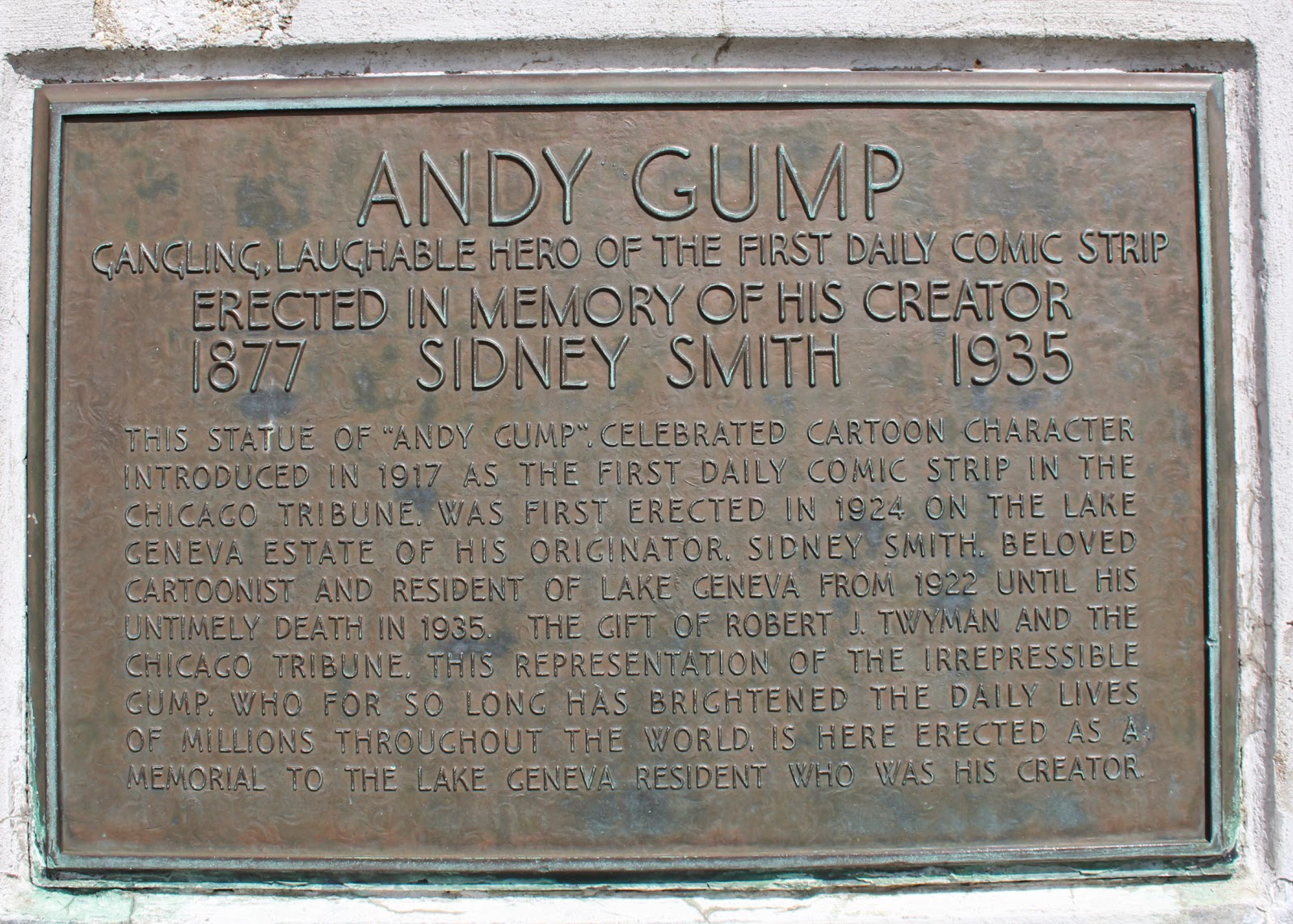 This statue of "Andy Gump", celebrated cartoon character introduced in 1917 as the first daily comic strip in the Chicago Tribune was first erected in 1924 on the Lake Geneva estate of his originator, Sidney Smith, beloved cartoonist and resident of Lake Geneva from 1922 until his untimely death in 1935. The gift of Robert J. Swyman and the Chicago Tribune, this representation of the irrepressible Gump who for so long has brightened the daily lives of millions throughout the world is here erected as a memorial to the Lake Geneva resident who was his creator. 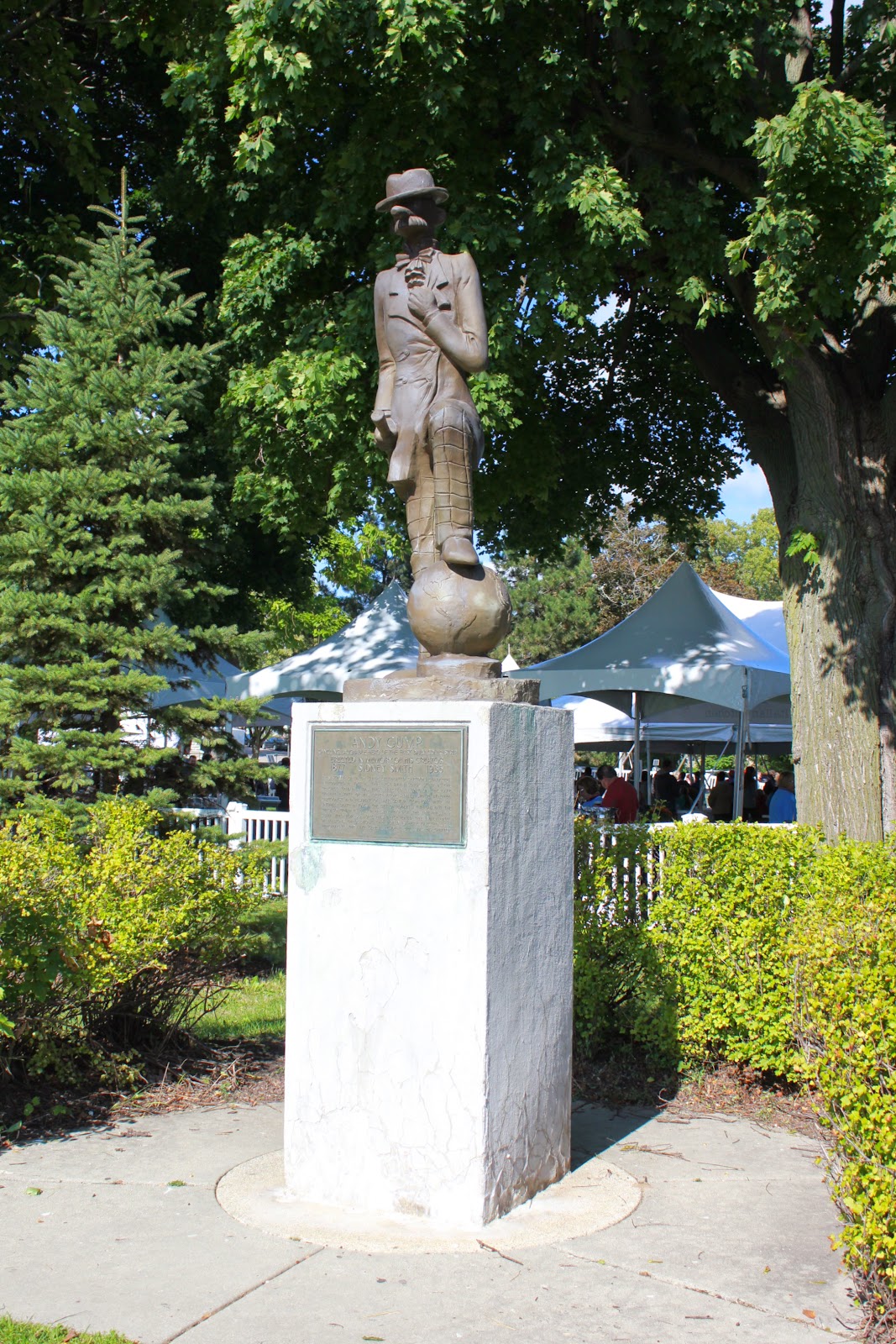 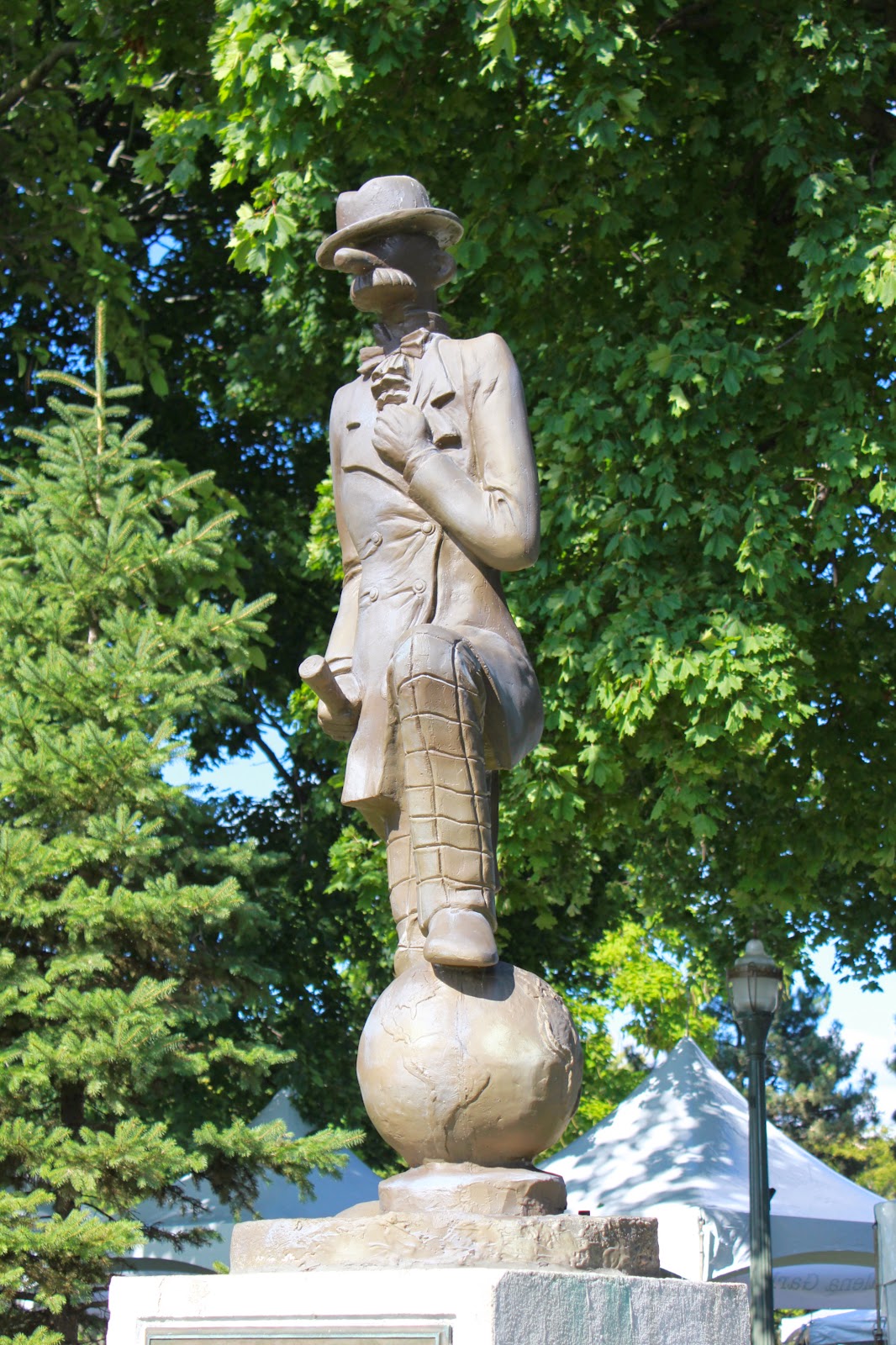 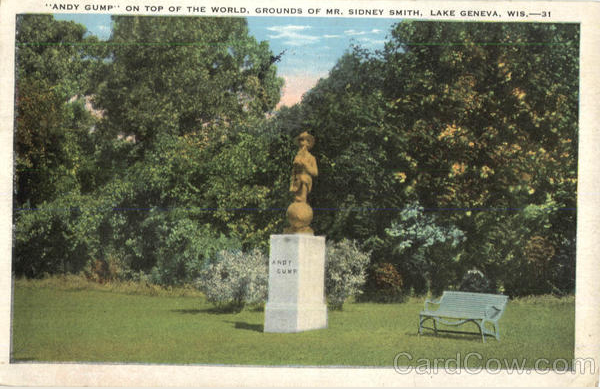 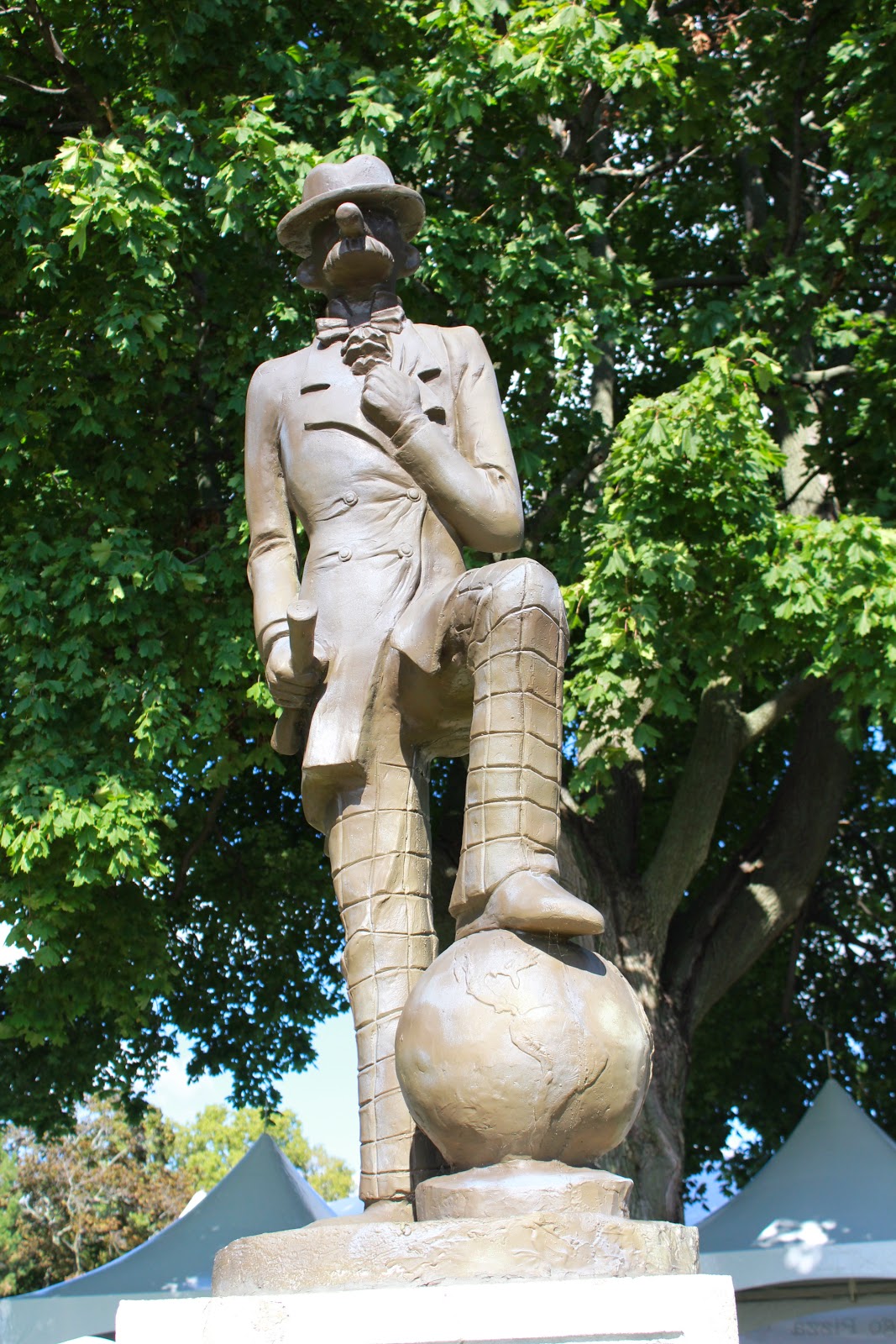 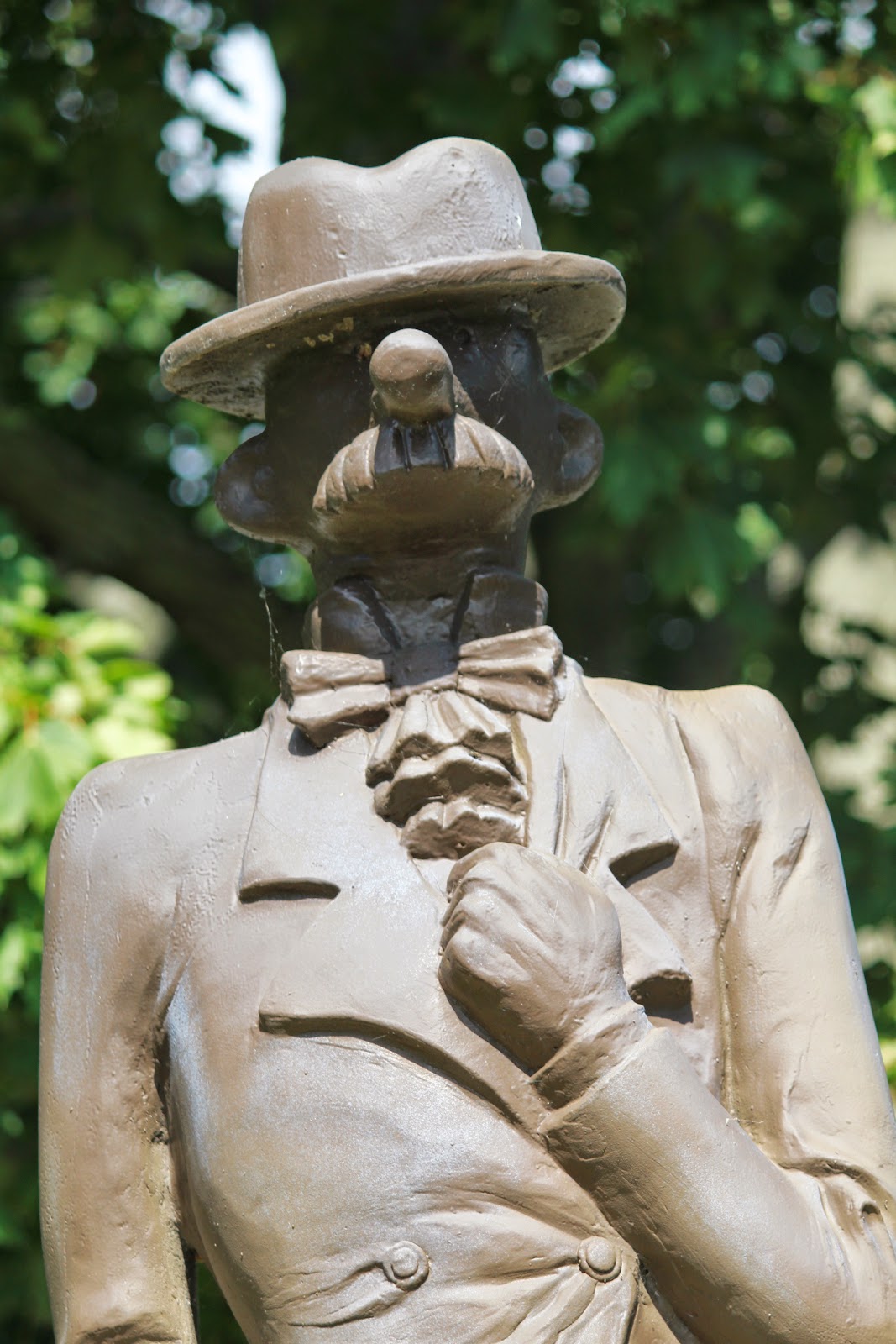 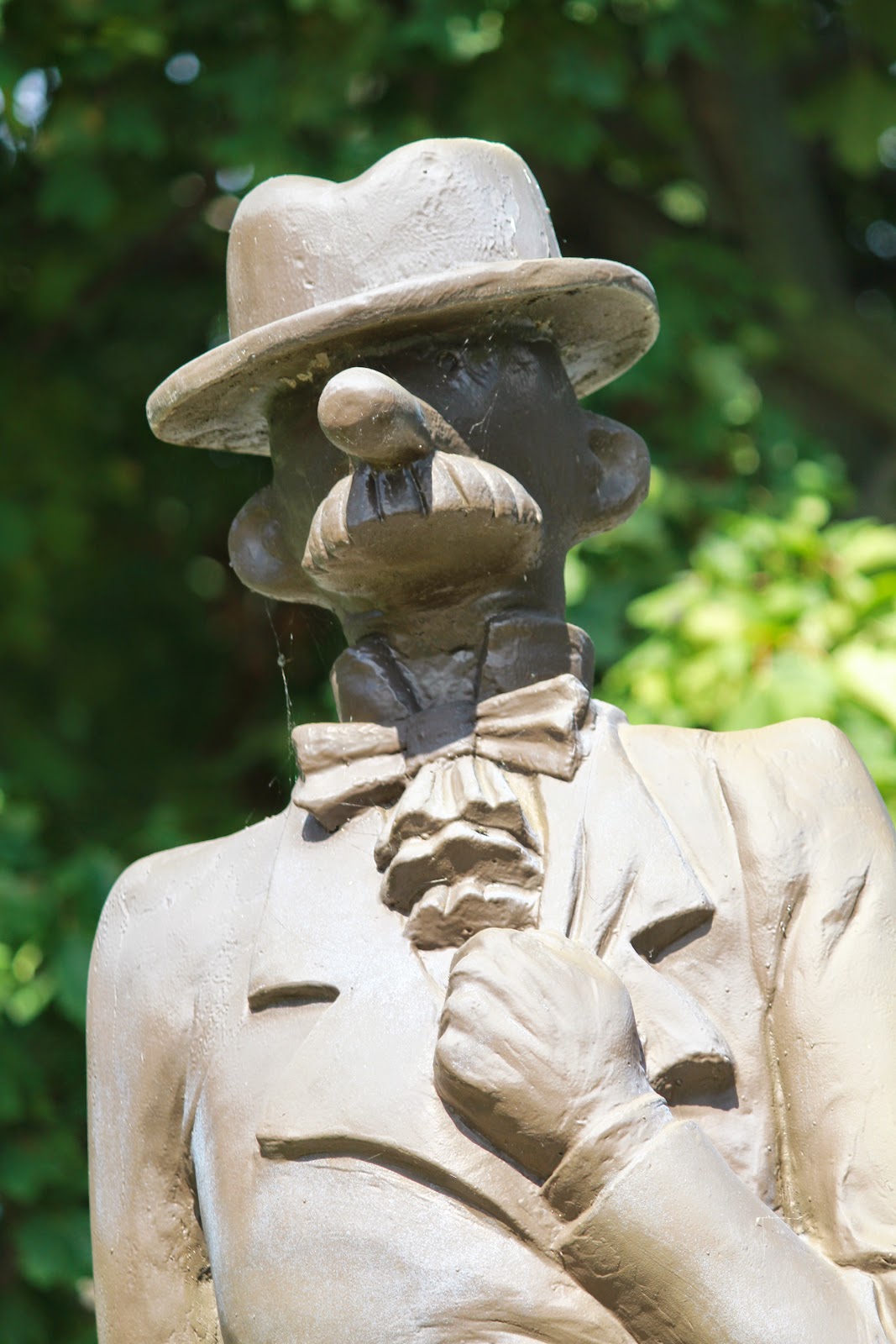