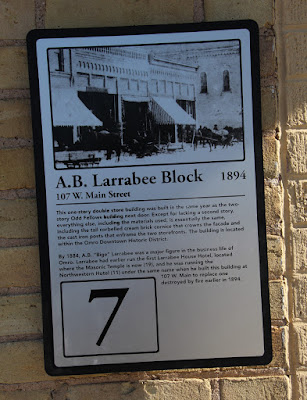 This one-story double store [sic] building was built in the same year as the two-story Odd Fellows building next door. Except for lacking a second story, everything else, including the materials used, is essentially the same, including the tall corbelled cream brick cornice that crowns the facade and the cast iron posts that enframe the two storefronts. The building is located within the Omro Downtown Historic District.

By 1884, A.B. "Bige" Larrabee was one of the major figures in the business life of Omro. Larrabee had earlier run the first Larrabee House hotel, located where the Masonic Temple is now, and he was running the Northwestern Hotel under the same name when he built this building at 107 West Main to replace one destroyed by fire earlier in 1894. 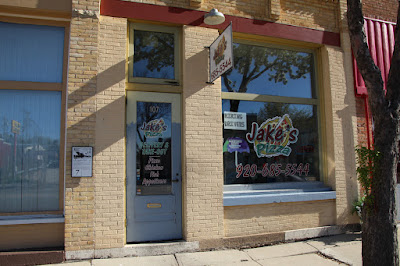 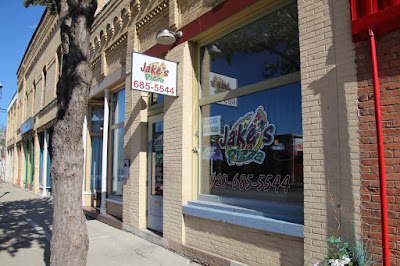 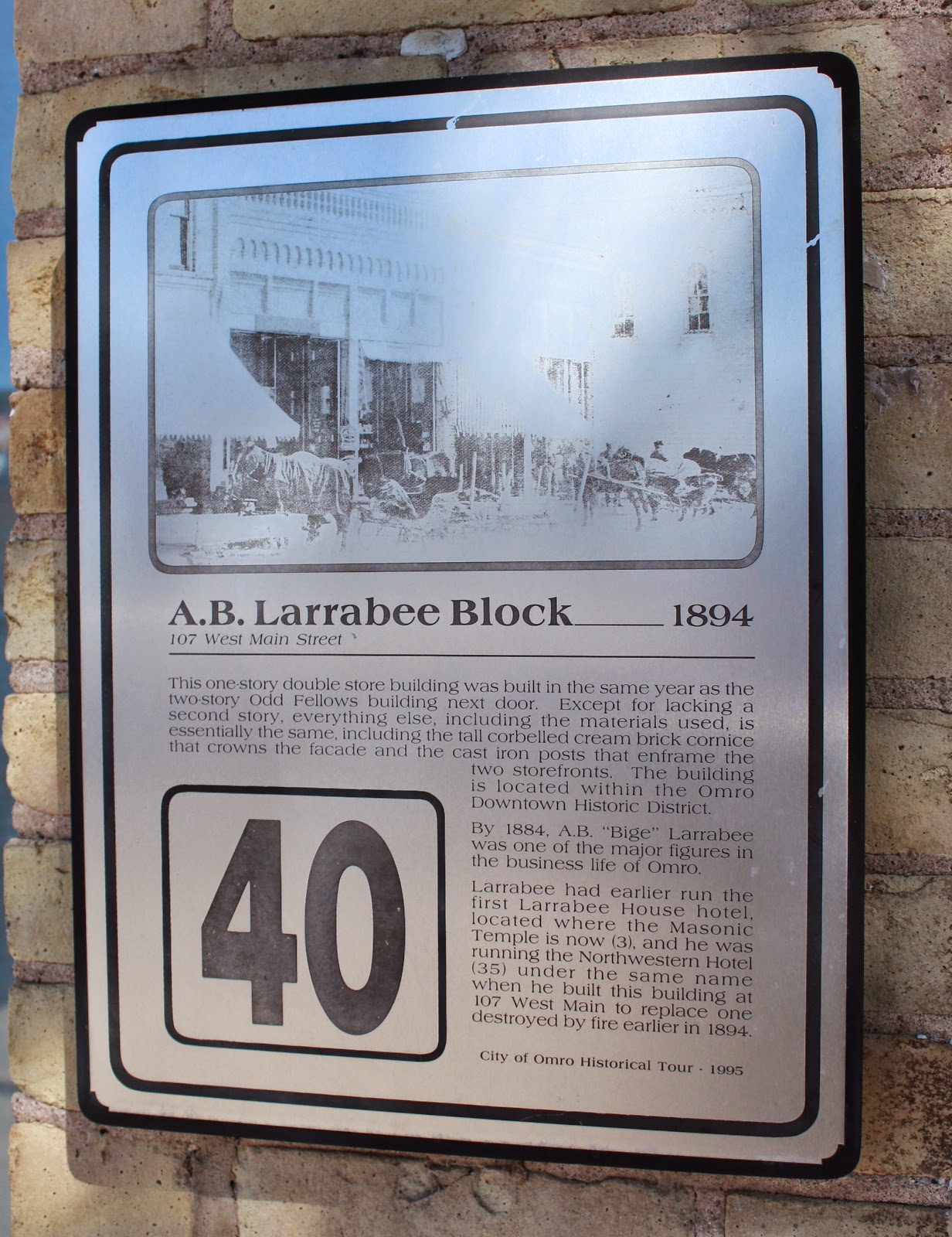 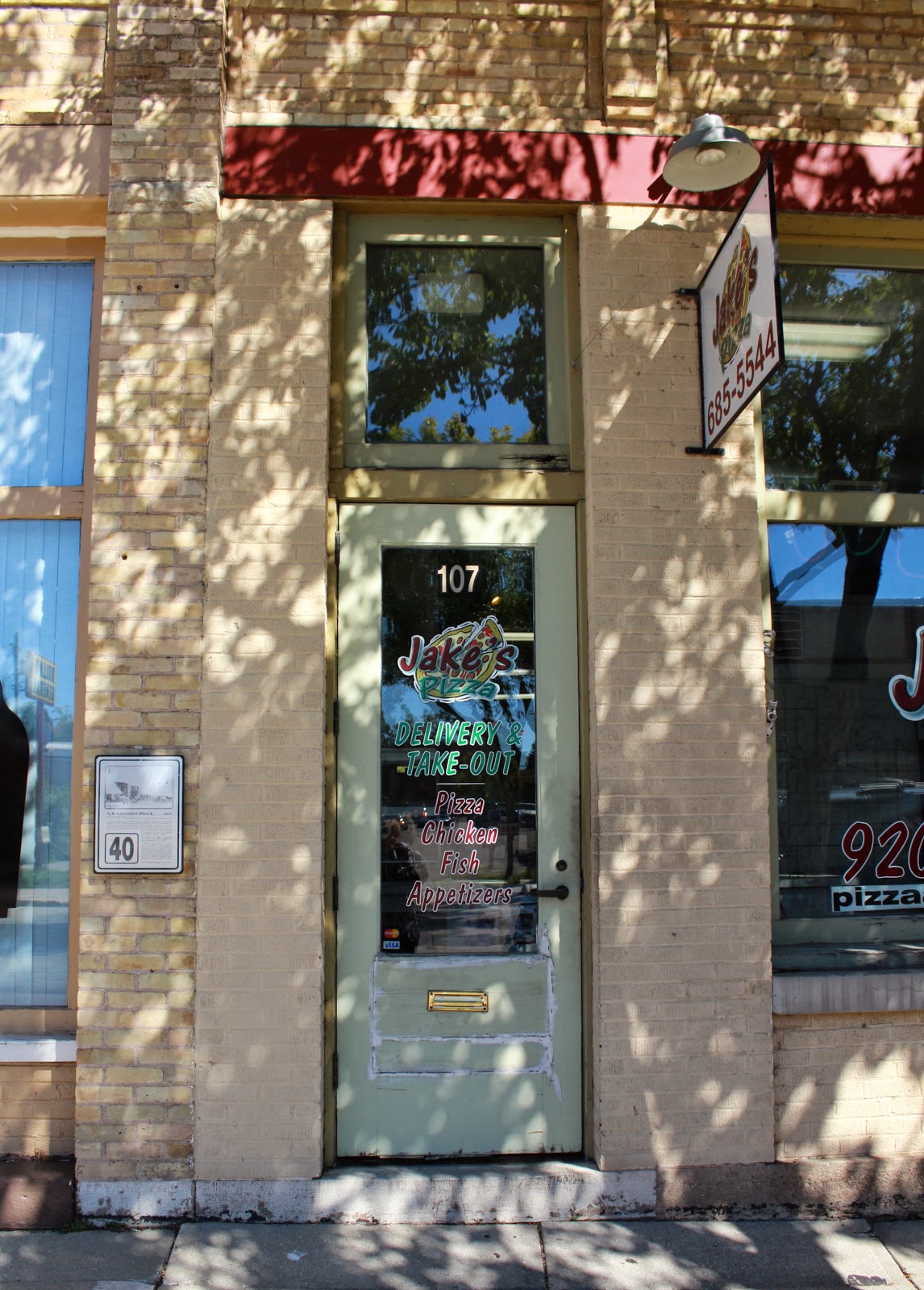 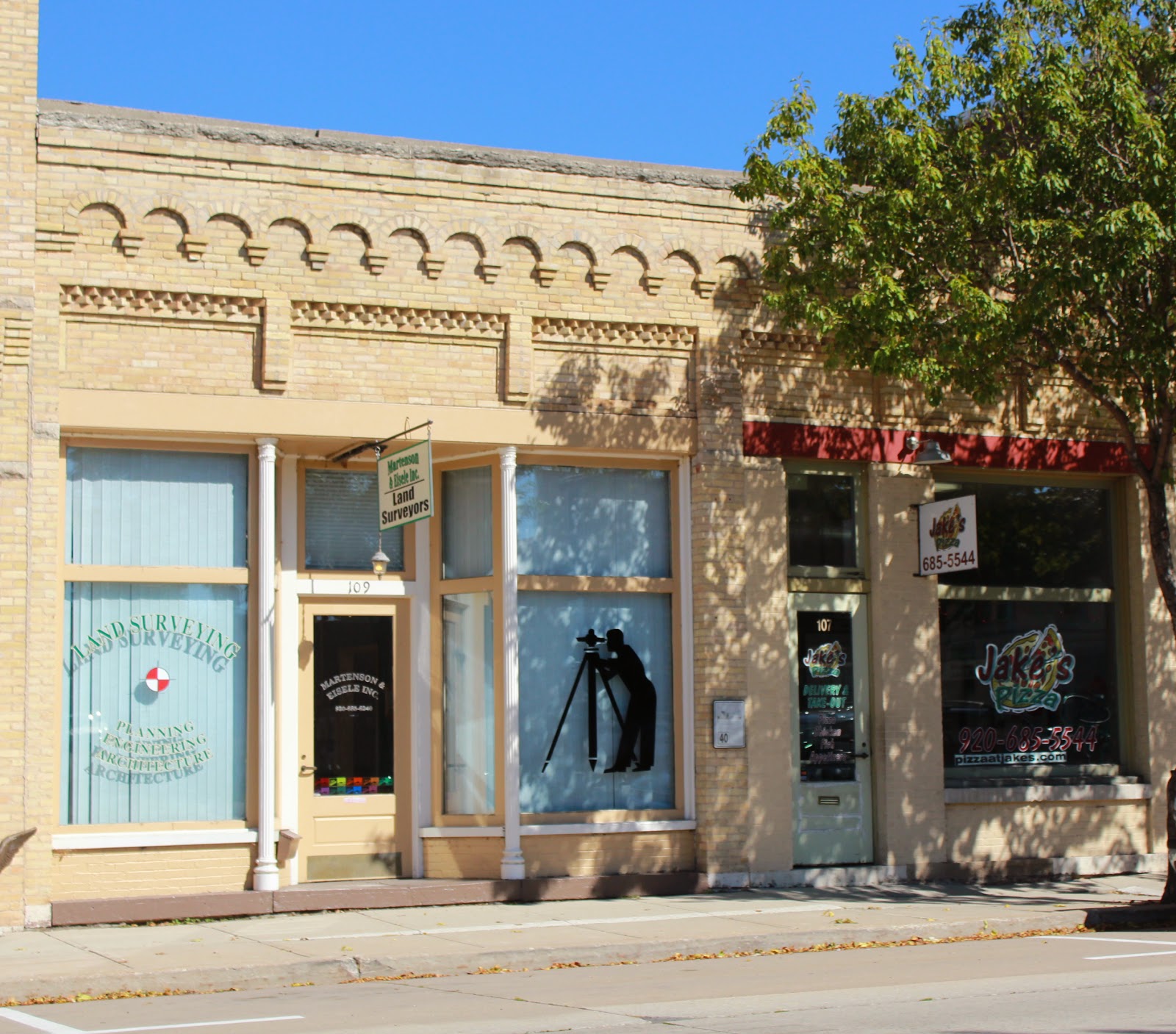 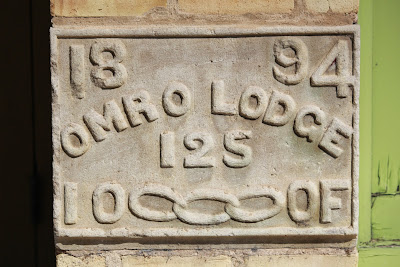 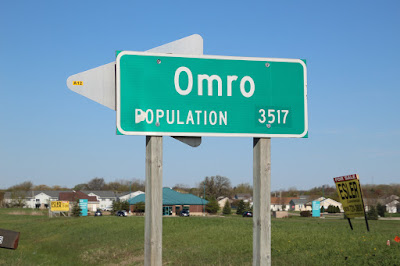