Woodlawn Chapel ["The Little Church in the Pinewood"] 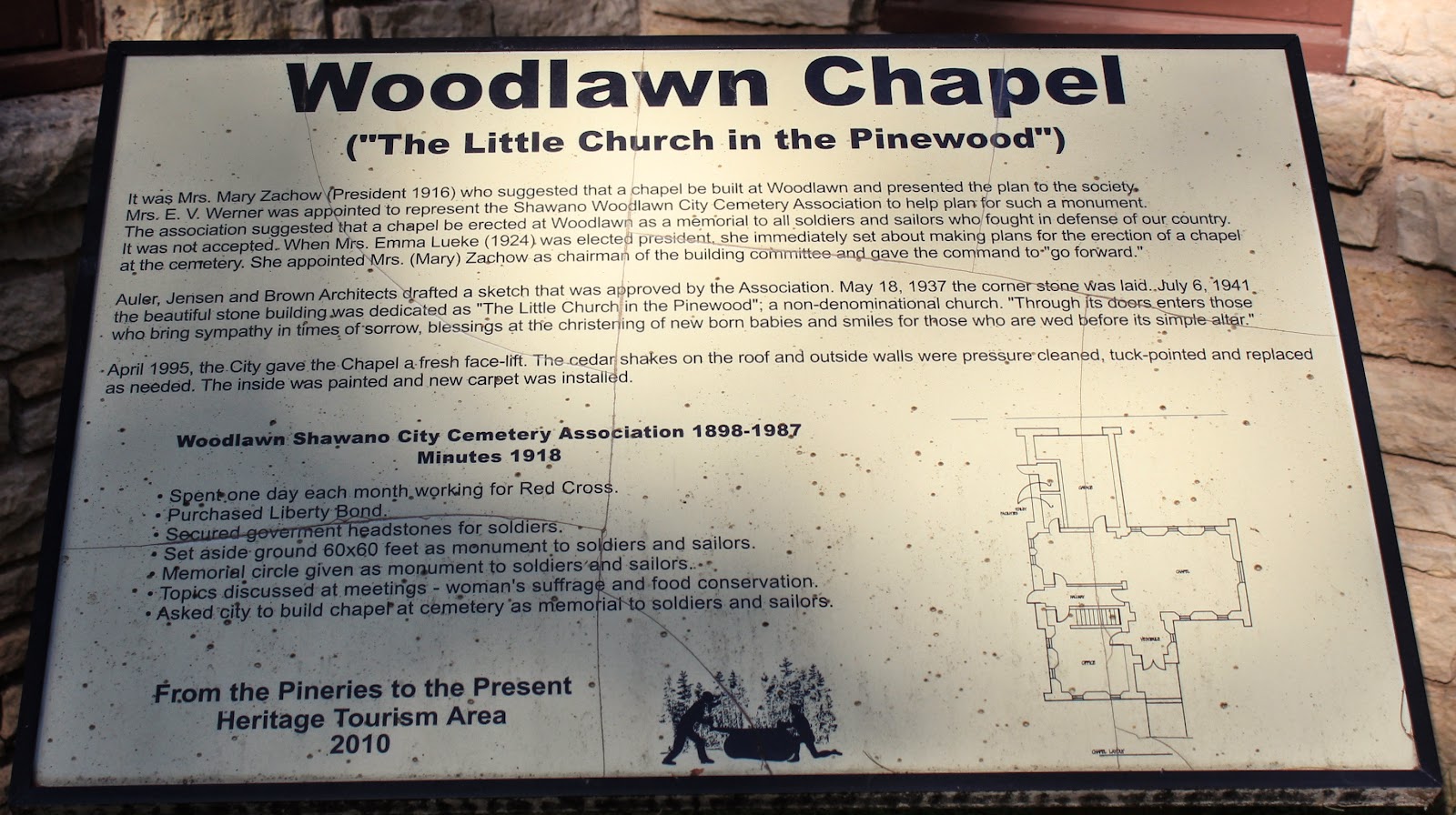 Woodlawn Chapel
("The Little Church in the Pinewood")

It was Mrs. Mary Zachow (President 1916) who suggested that a chapel be built at Woodlawn and presented the plan to the society. Mrs. E.V. Werner was appointed to represent the Shawano Woodlawn City Cemetery Association to help plan for such a monument. The association suggested that a chapel be erected at Woodlawn as a memorial to all soldiers and sailors who fought in the defense of our country. It was not accepted. When <rs. Emma Lueke (1924) was elected president, she immediately set about making plans for the erection of a chapel at the cemetery. She appointed Mrs. (Mary) Zachow as chairman of the building committee and gave the command to "go forward".

Auter, Jensen and Brown Architects drafted a sketch that was approved by the Association. May 18, 1937 the corner stone was laid. July 6, 1941 the beautiful stone building was dedicated as "The Little Church in the Pinewood," a non-denominational church. "Through its doors enters [sic] those who bring sympathy in times of sorrow, blessings at the christening of new born babies and smiles for those who are wed before its simple alter."

April 1985, the City gave the Chapel a fresh face-lift. The cedar shakes on the roof and outside walls were pressure cleaned, tuck-pointed and replaced as needed. The inside was painted and new carpet was installed.

The chapel and marker located at the heart of Woodlawn Cemetery, north of Soldiers and Sailors Memorial Circle, just north of the intersection of Sunset Boulevard and Chapel Drive, Shawano, Wisconsin 54166. 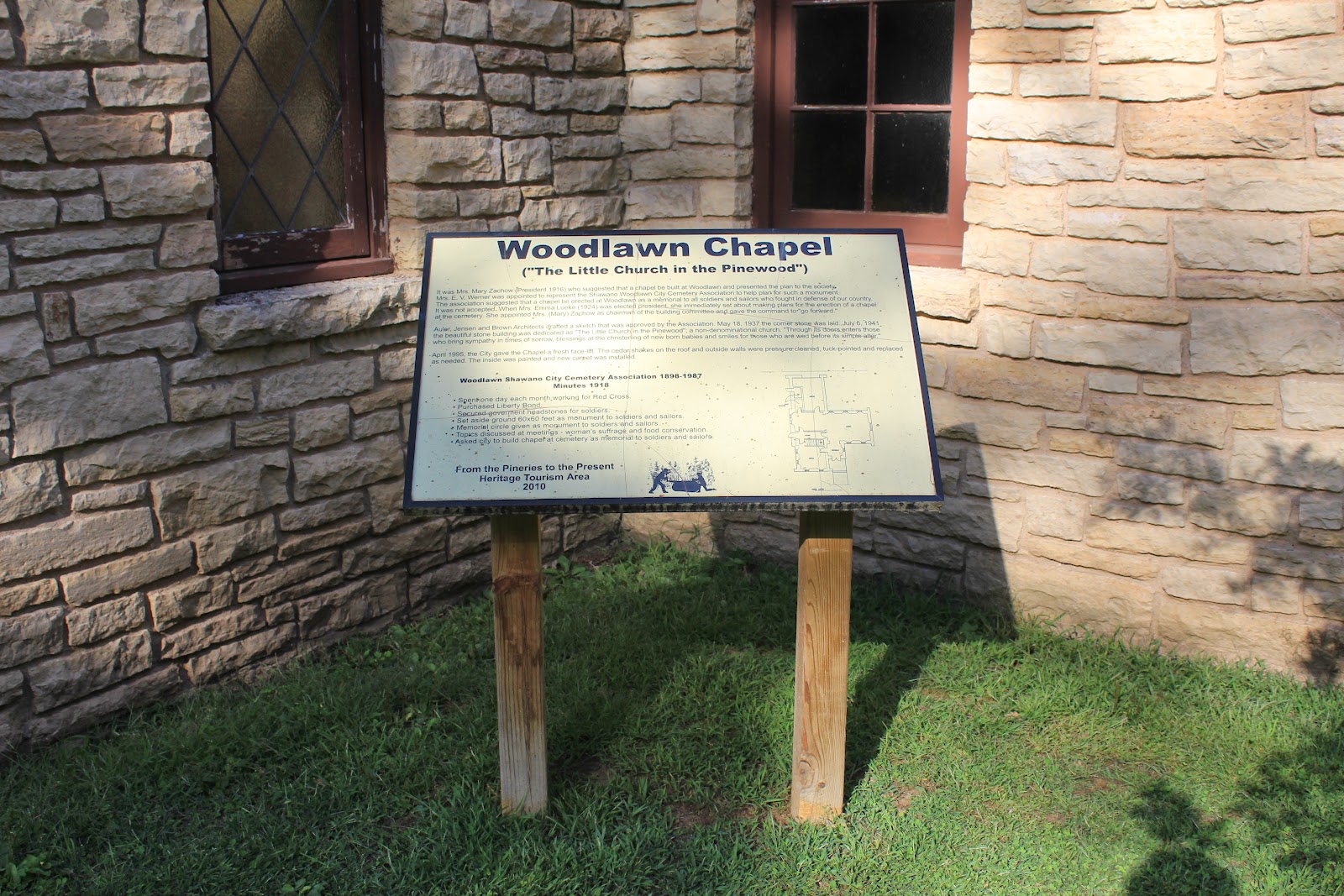 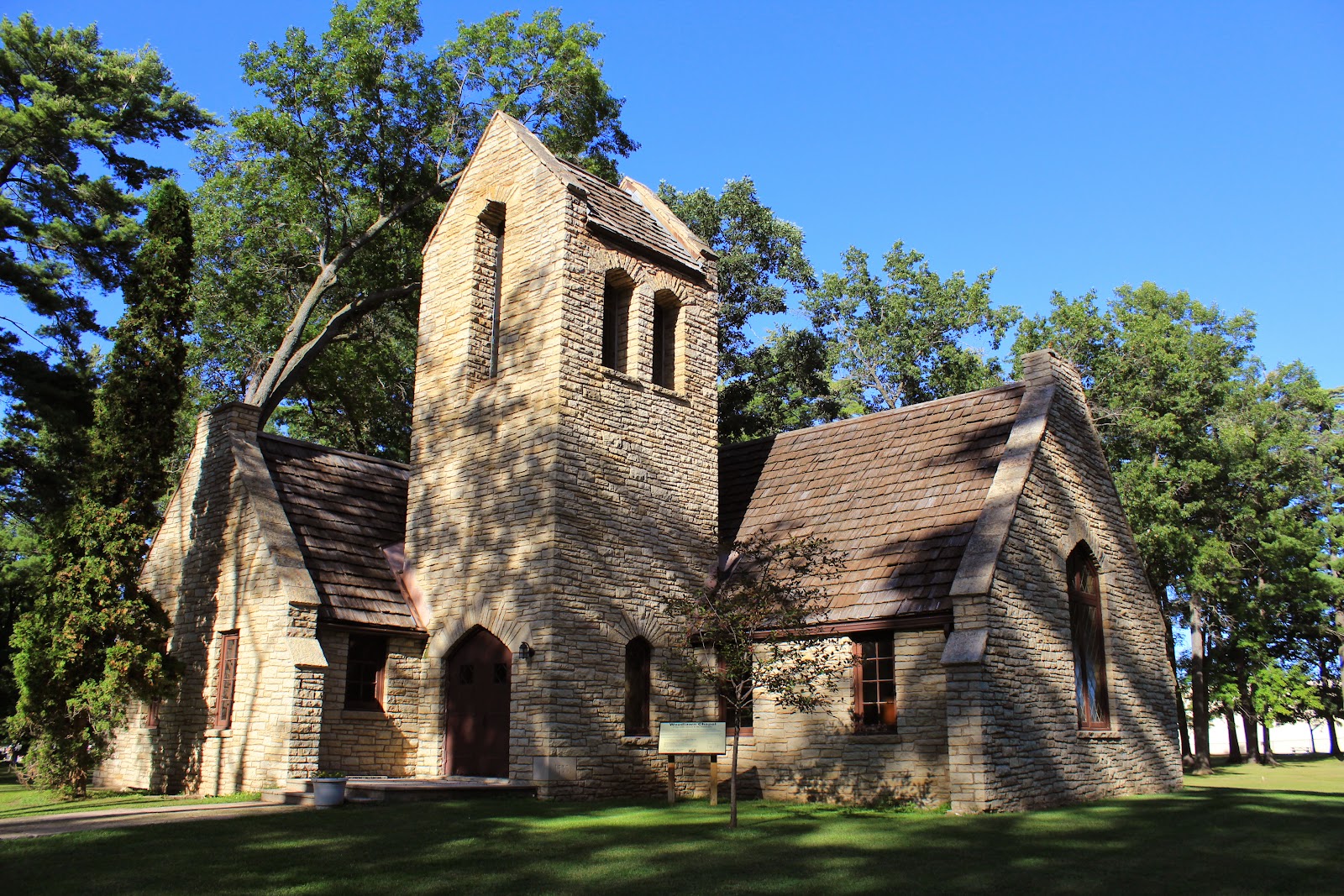 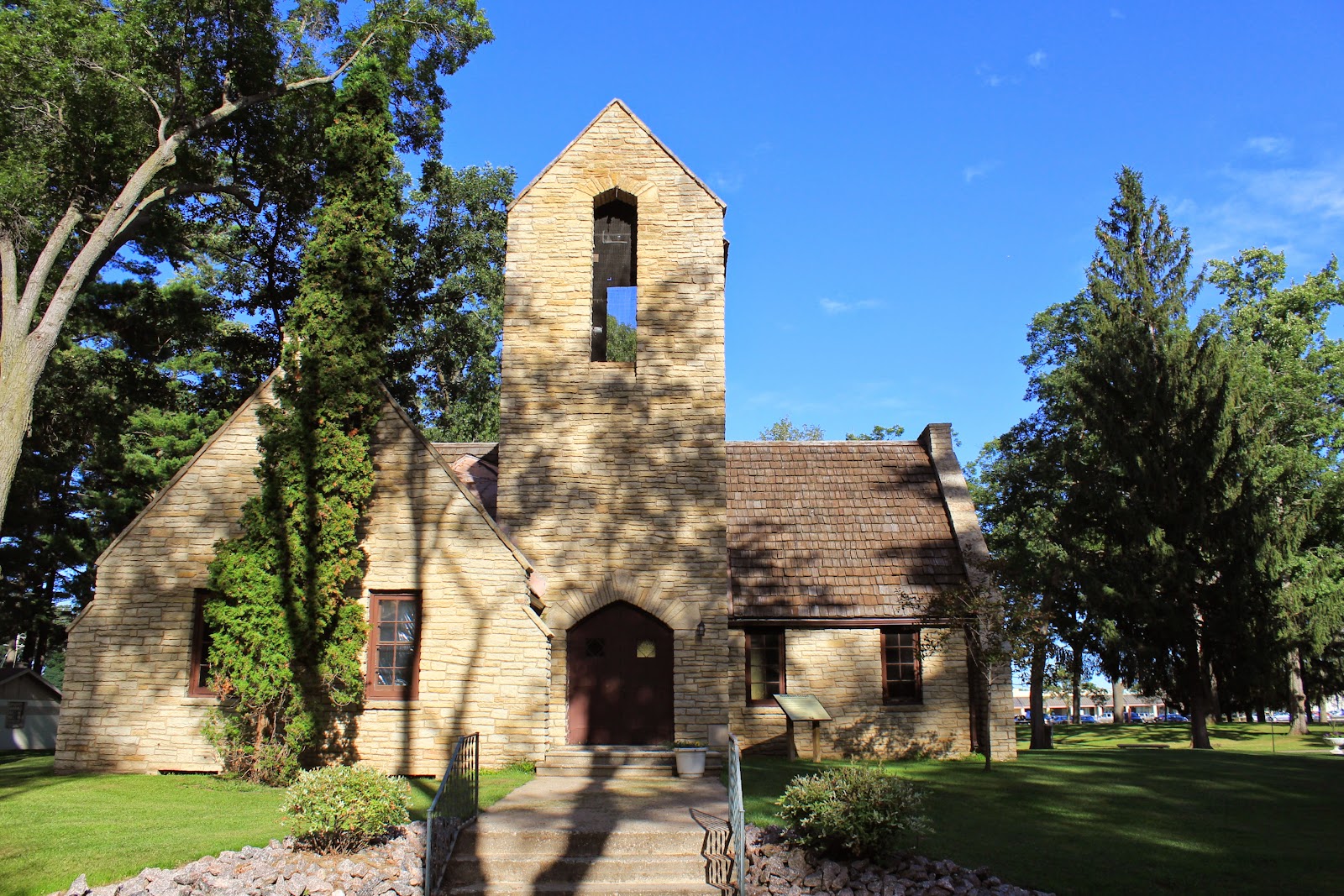 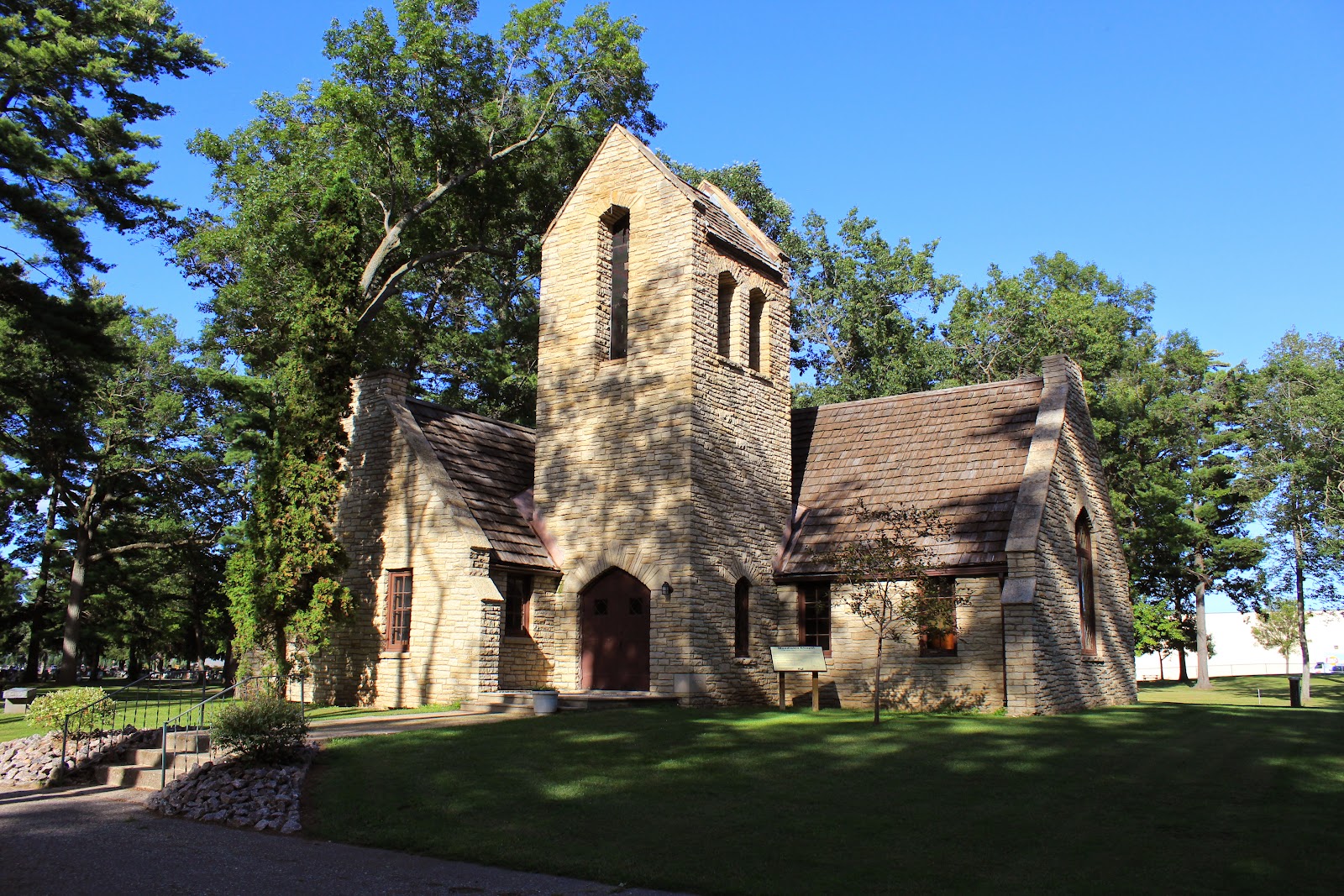 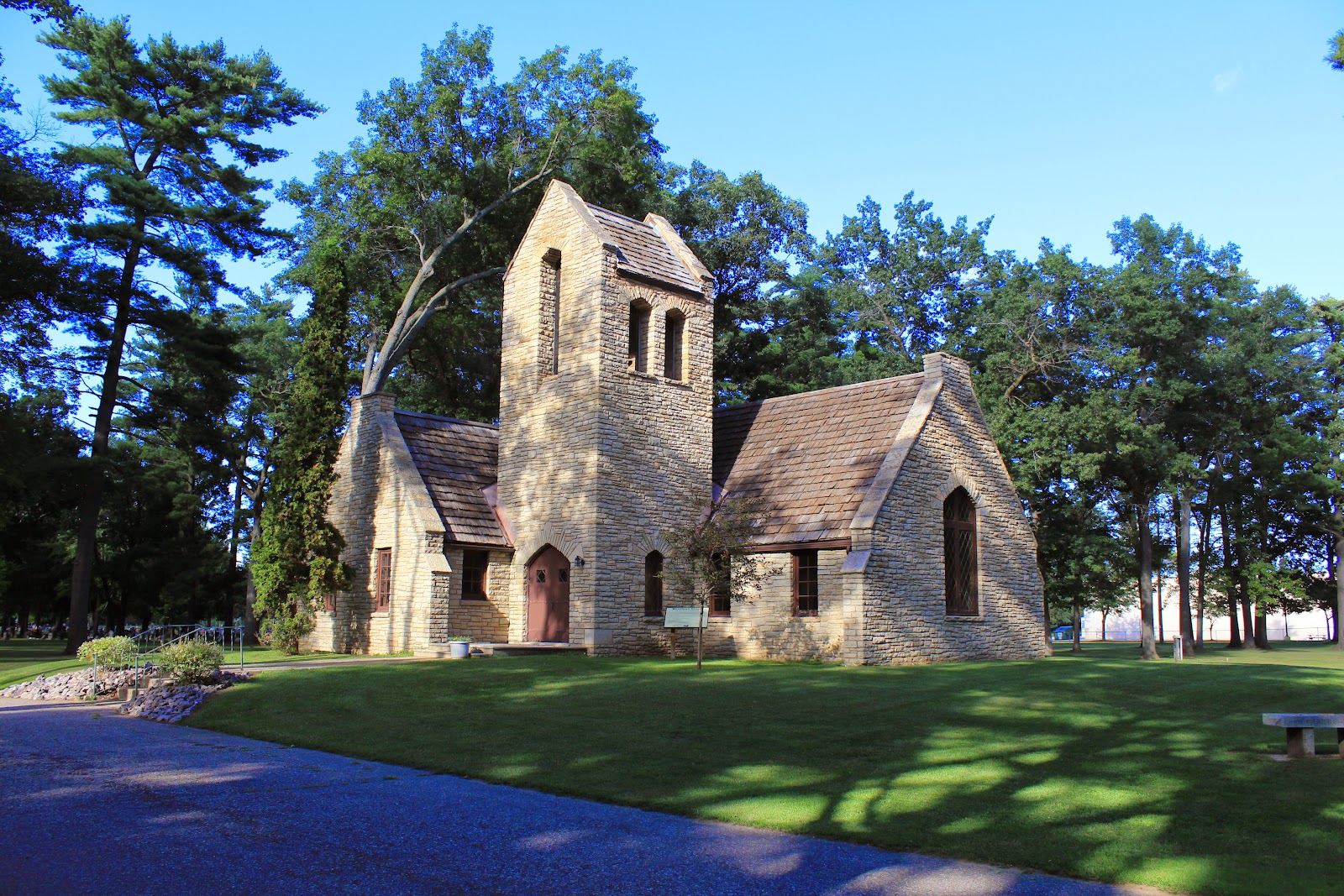 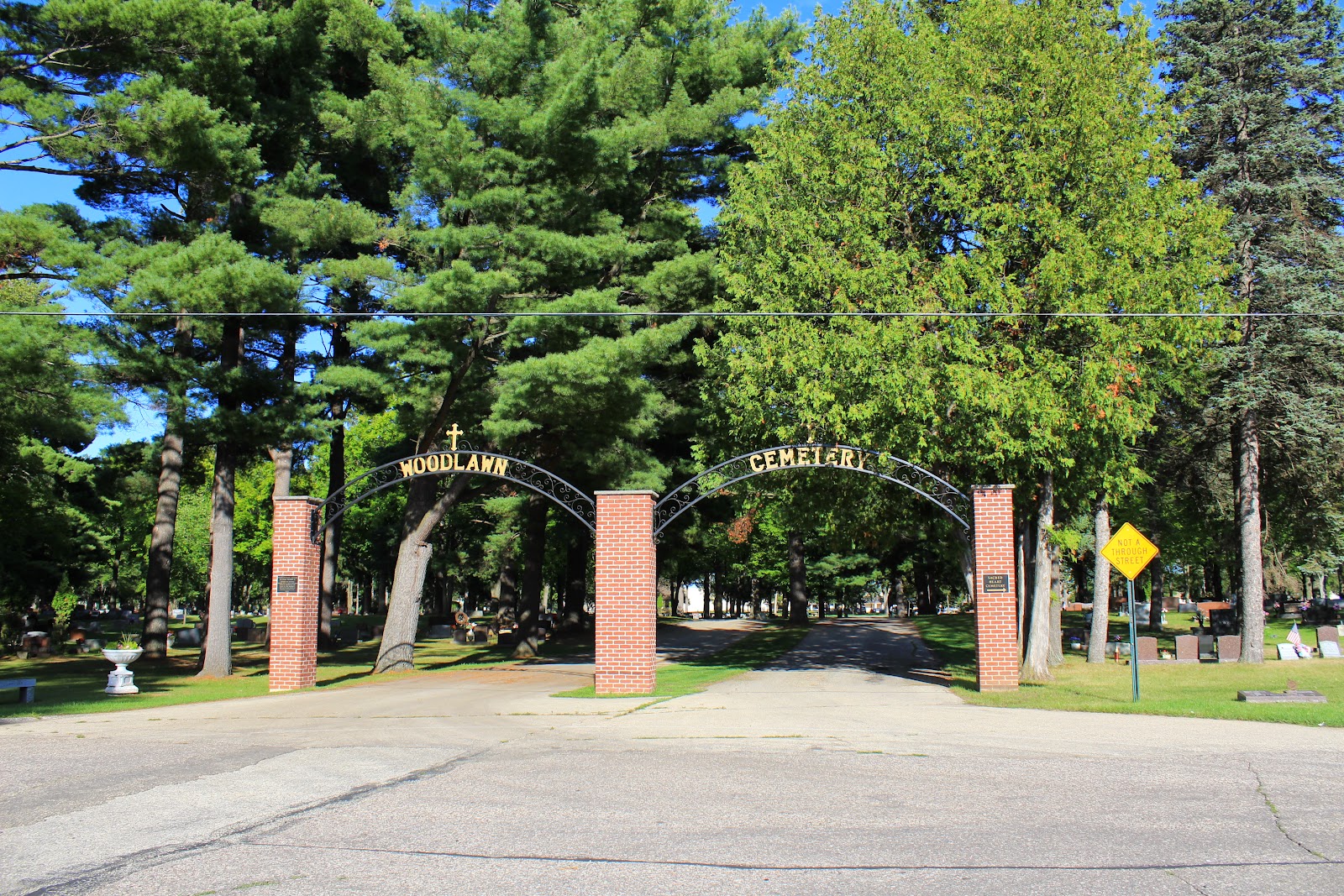 The Arlington Street / Sunset Boulevard, west entrance to the cemetery.