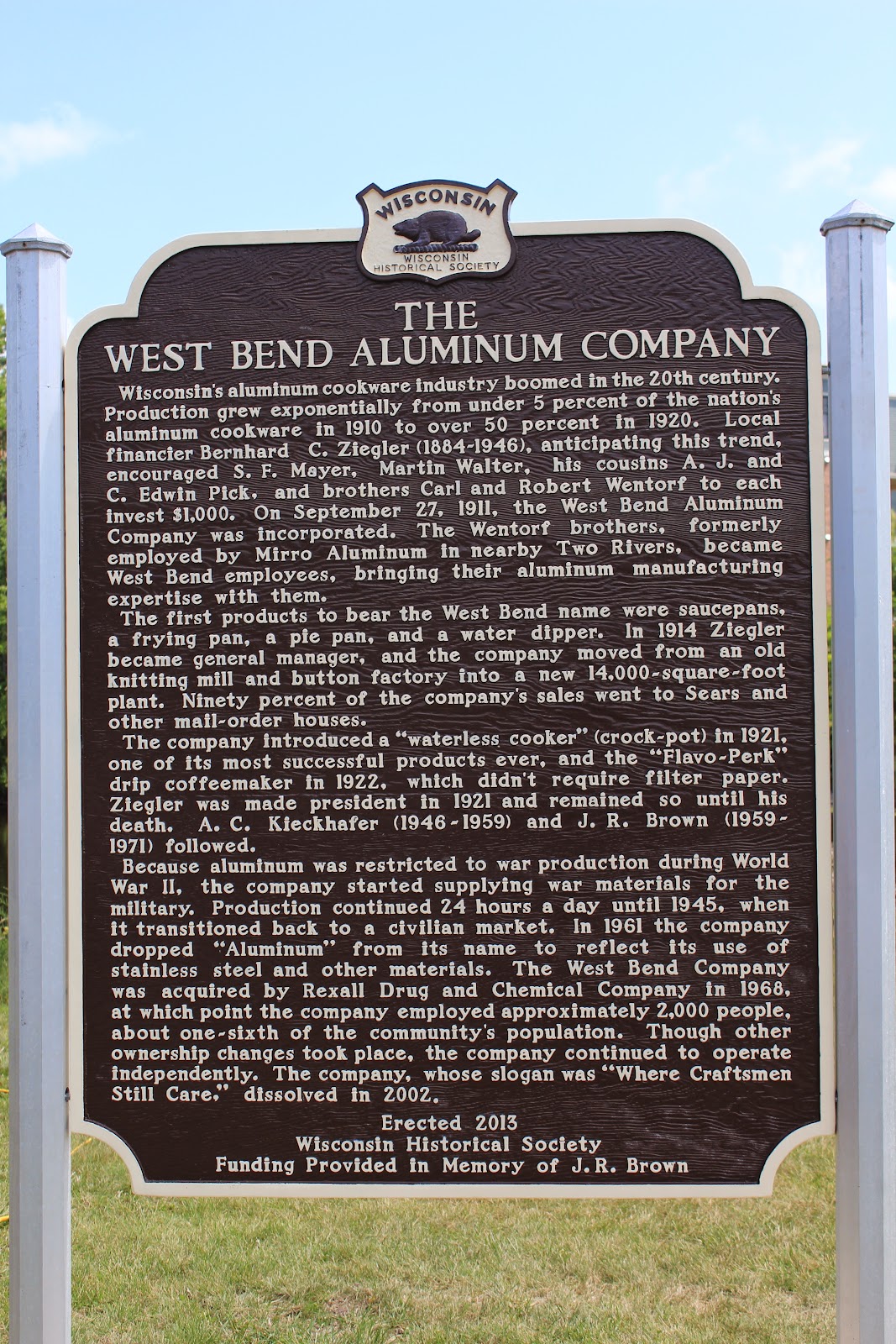 Wisconsin's aluminum cookware industry boomed in the 20th century. Production grew exponentially from under 5 percent of the nation's aluminum cookware in 1910 to over 50 percent in 1920. Local financier Bernard C. Ziegler (1884-1946), anticipating this trend, encouraged S. F. Mayer, Martin Walter, his cousins A. J. and C. Edwin Pick, and brothers Carl and Robert Wentorf to each invest $1,000. On September 27, 1822, the West Bend Aluminum Company was incorporated. The Wentorf brothers, formerly employed by Mirro Aluminum in nearby Two Rivers, became West Bend employees, bringing their aluminum manufacturing expertise with them.

The first products to bear the West Bend name were saucepans, a frying pan, a pie pan, and a water dipper, In 1914 Ziegler became general manager, and the company moved from an old knitting mill and button factory into a new 14,000-square-foot plant. Ninety percent of the company's sales went to Sears and other mail-order houses.

Because aluminum was restricted to war production during World War II, the company started supplying war materials for the military. Production continued 24 hours a day until 1945, when it transitioned back to a civilian market. In 1961 the company dropped "Aluminum" from its name to reflect its use of stainless steel and other materials. The West Bend Company was acquired by Rexall Drug and Chemical Company in 1968, at which point the company employed approximately 2,000 people, about one-sixth of the community's population. Though other ownership changes took place, the company continued to operate independently. The company, whose slogan was "Where Craftsmen Still Care," dissolved in 2002.

The marker is located on northbound North Main Street / Wisconsin Highway 144, between Rivershores Drive (to the south) and Kuester Lane South (to the north), West Bend, Wisconsin 53090.

I was fortunate to be able to attend the marker dedication on August 16, 2014. For loads of photos and all the details of the dedication ceremony, see, The West Bend Aluminum Company Marker Dedication.

NOTE: The Wisconsin Historical Society has not yet assigned a number to this marker. 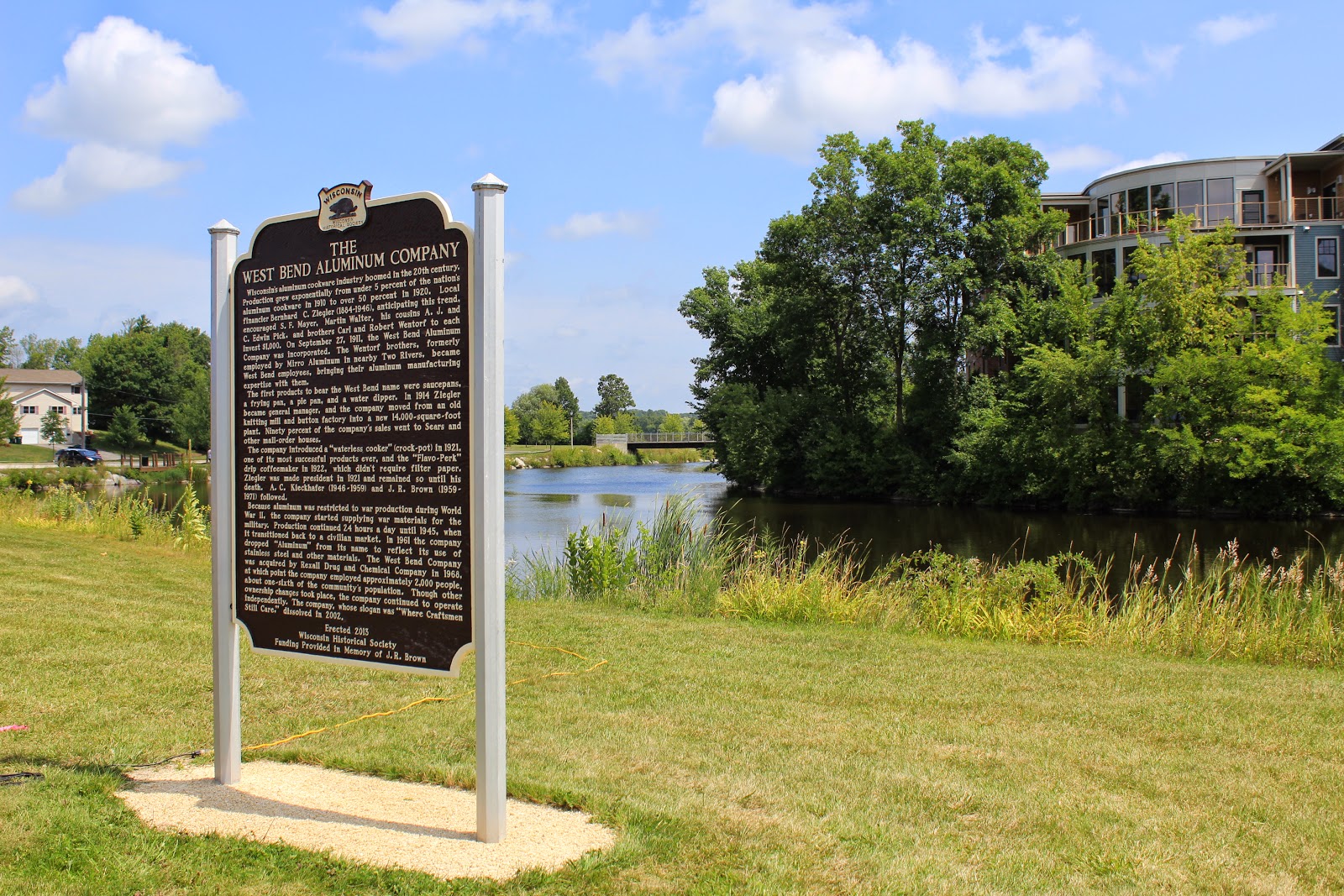 With the West Bend Aluminum Company building in the background
(to the right), now a very, very expensive condominium conversion property. 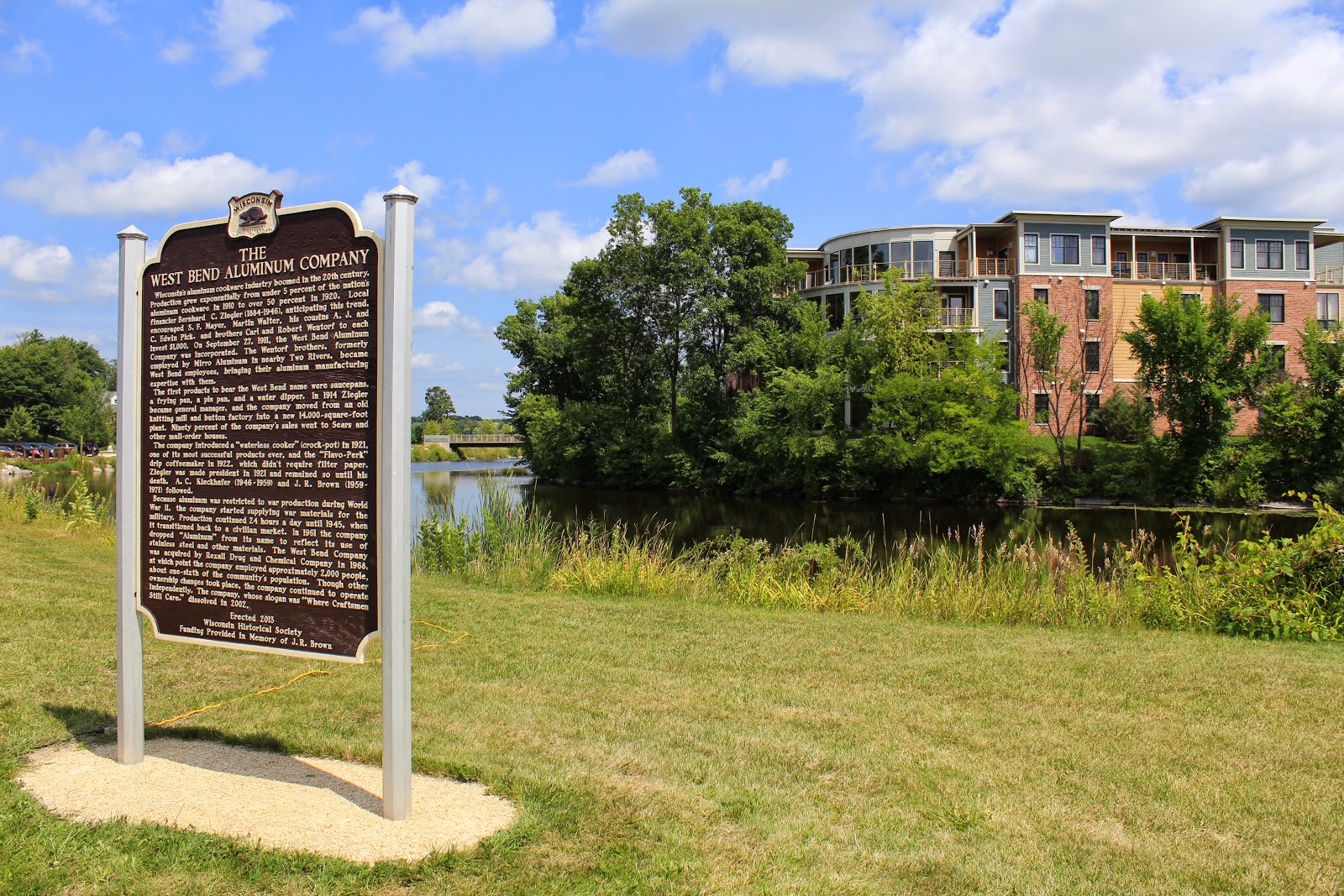 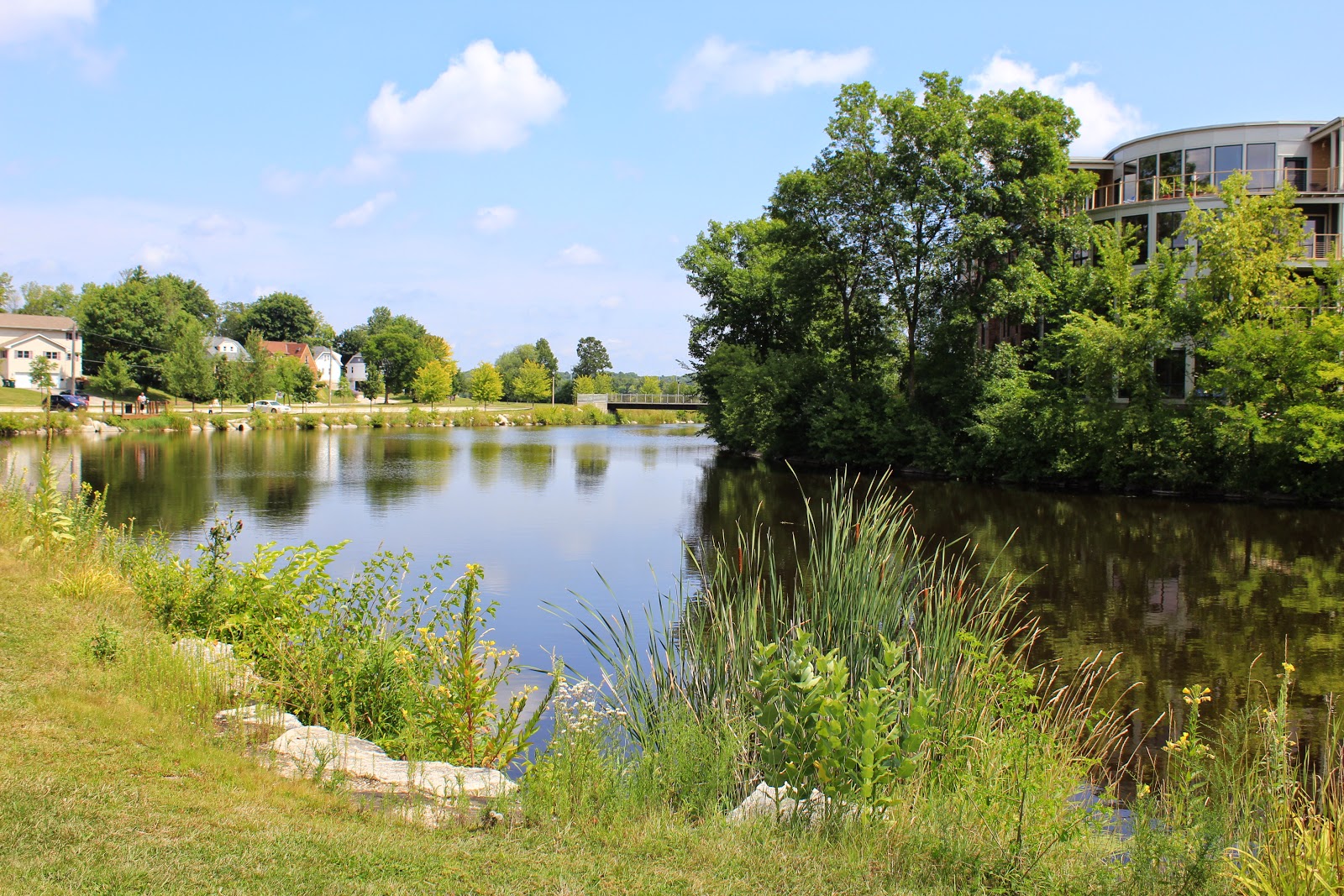 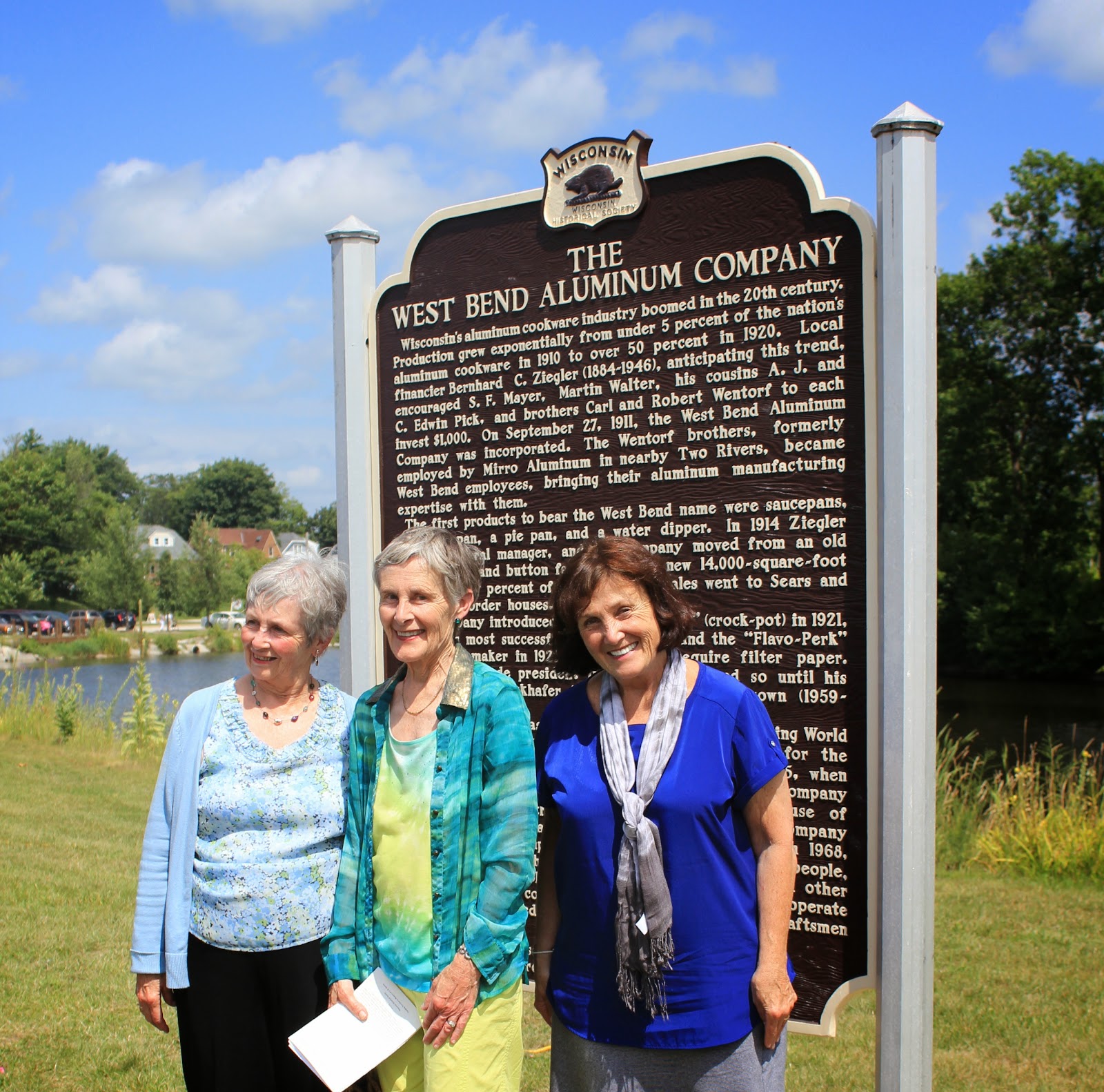 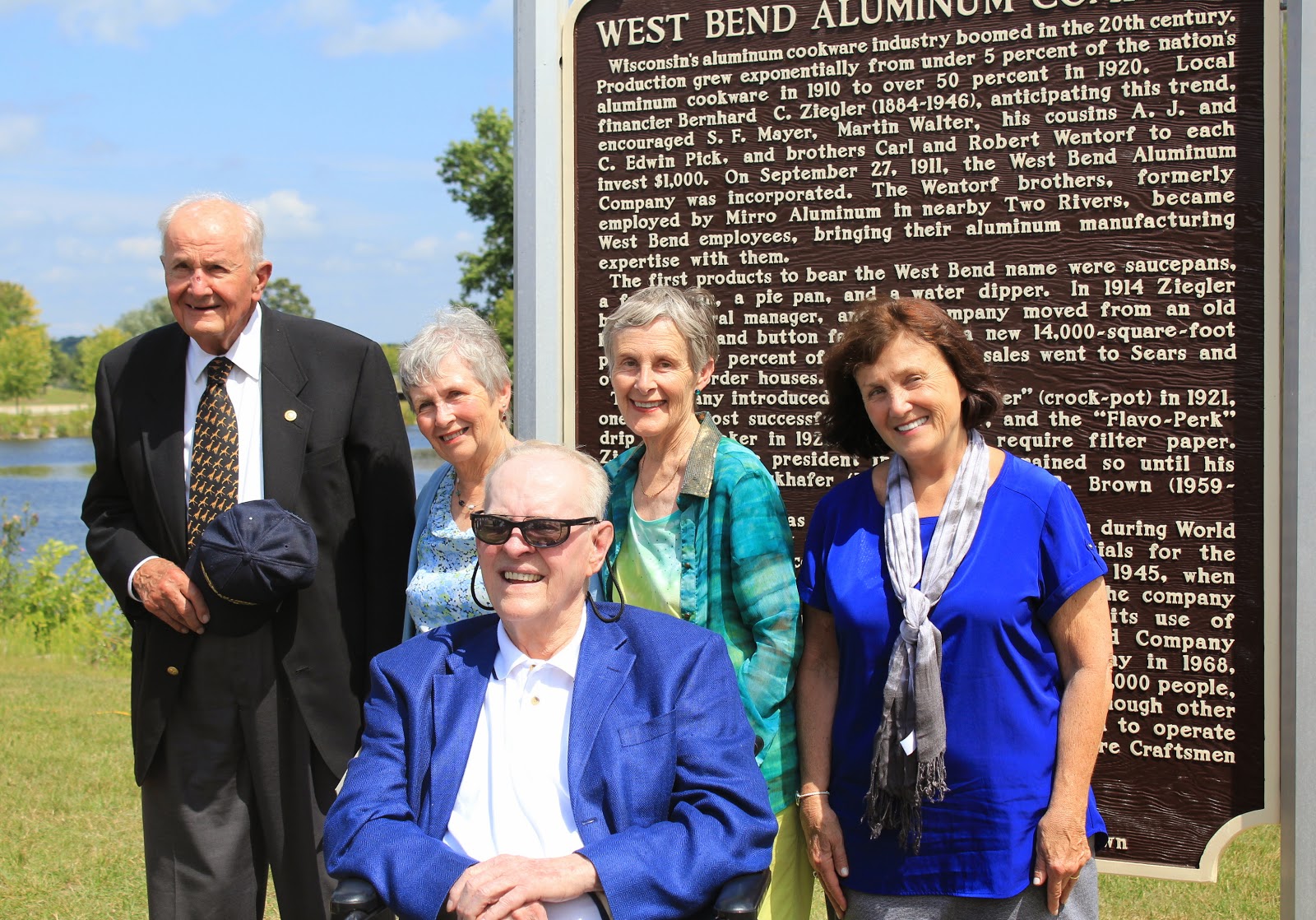 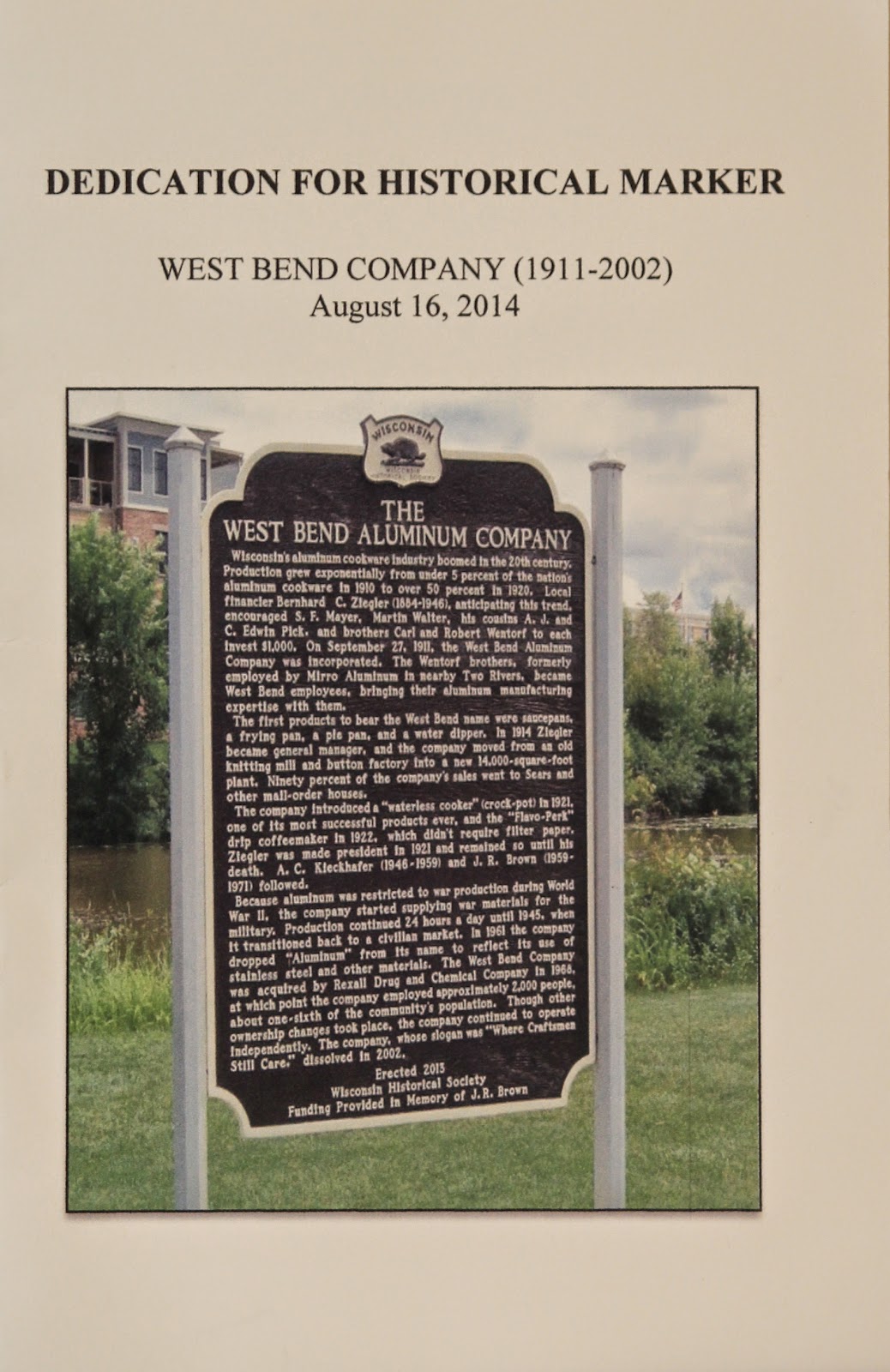 For loads of photos and all the details of the dedication ceremony,
see, The West Bend Aluminum Company Marker Dedication. 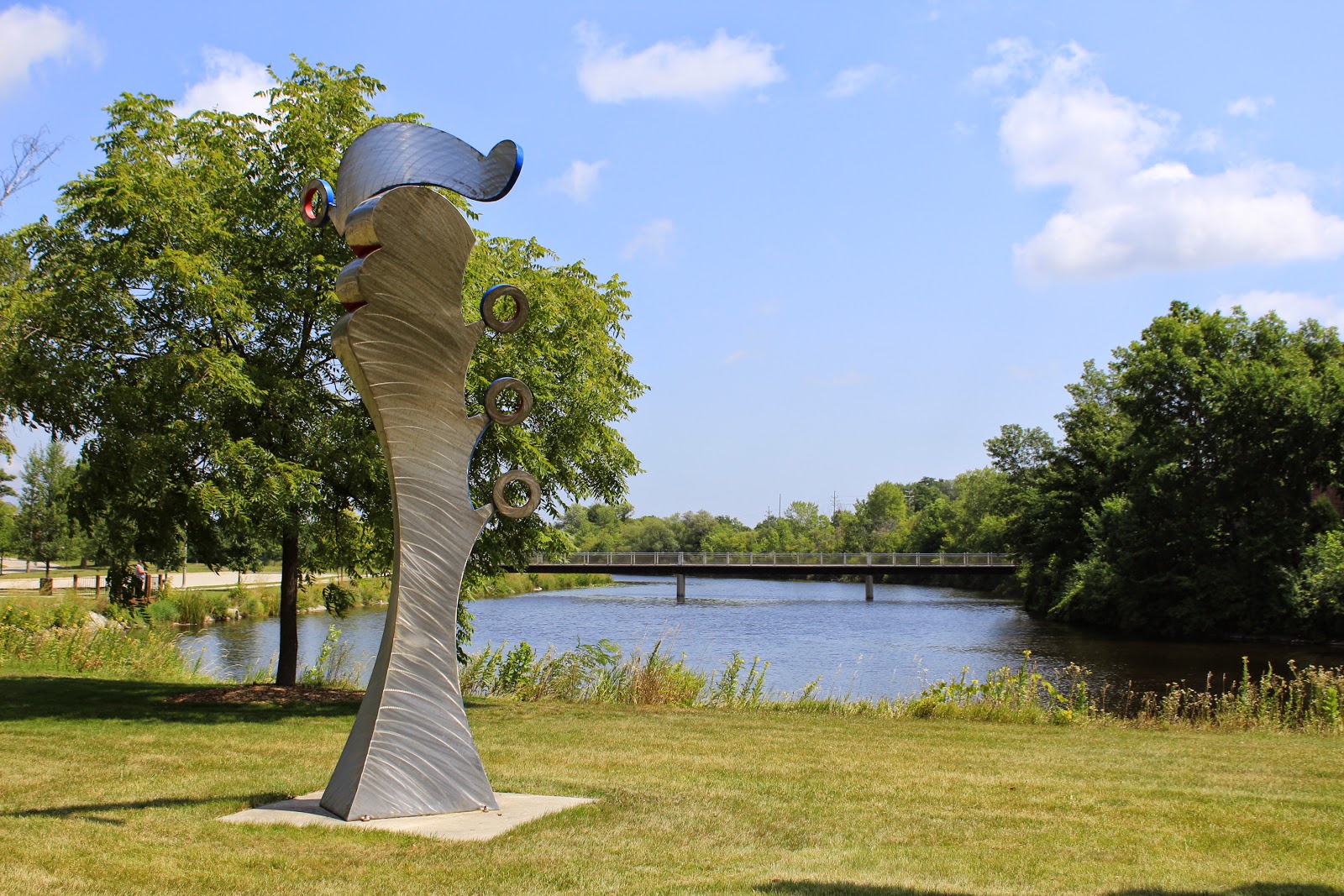 Artwork between the parking lot and the marker,
with Barton Pond 219 in the background. 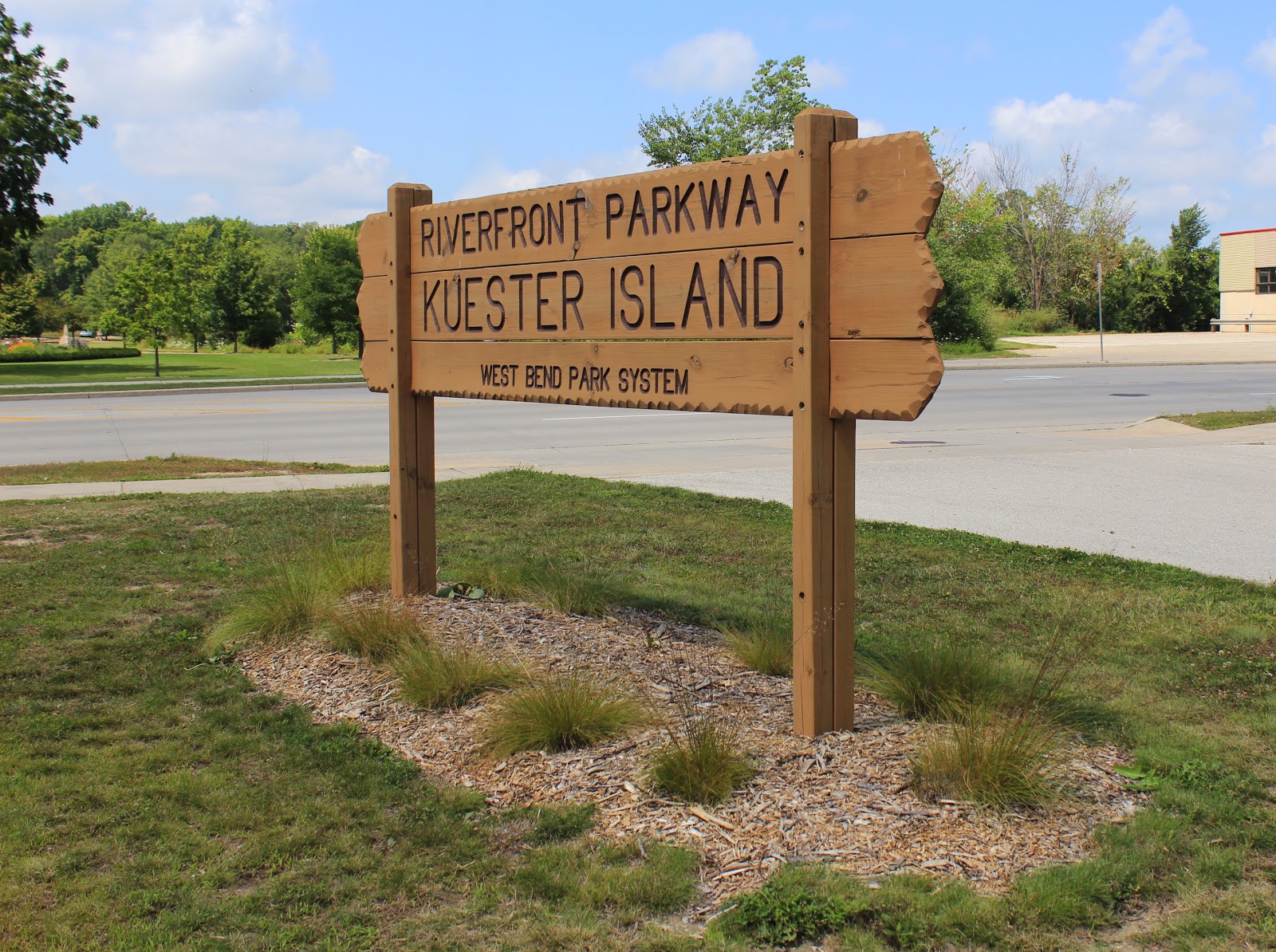 The marker is located at Riverfront Parkway Kuester Island.
There is plenty of parking here,
and then a short walk to the marker location.