Dedicated to the Memory of Second Lieutenant Jerome A. Sudut 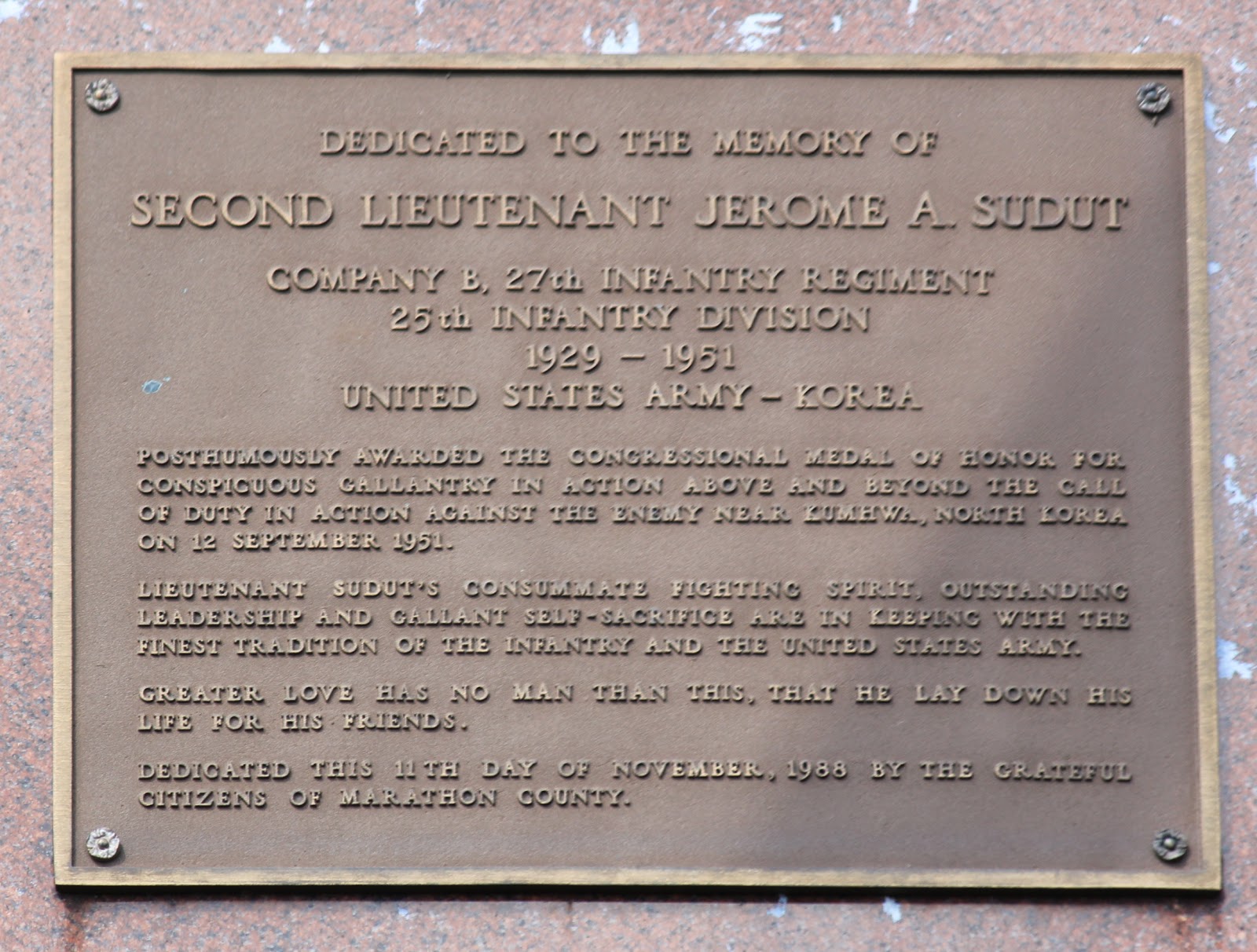 Posthumously awarded the Congressional Medal of Honor for conspicuous gallantry in action above and beyond the call of duty in action against the enemy near Kumhwa, North Korea on 12 September 1951.

Lieutenant Sudut's consummate fighting spirit, outstanding leadership and gallant self-sacrifice and in keeping with the finest tradition of the Infantry and the United State Army.

Greater love has no man than this, that he lay fown his life for his friends.

Dedicated this 11th day of November, 1988 by the grateful citizens of Marathon County.

The memorial is located on the east side of southbound North 5th Street (a one-way street) inside a parking lot and directly across from the entrance to the Marathon County Courthouse & Jail, Wausau, Wisconsin 54403.

NOTE: The only way to access this memorial is from southbound North 5th Street; the parking lot itself has a Jackson Street access. See Google Map to view location.

Together We Served: Sudut, Jerome A. (MOH), 2LT

Second Lieutenant Jerome Sudut, born and raised in Wausau, lied about his age to join the Army in 1946 at just 16-years-old. He received a battlefield commission in 1951 during the Korean War.

These memorials are also on the grounds of the Marathon County Courthouse (which encompasses a city block): 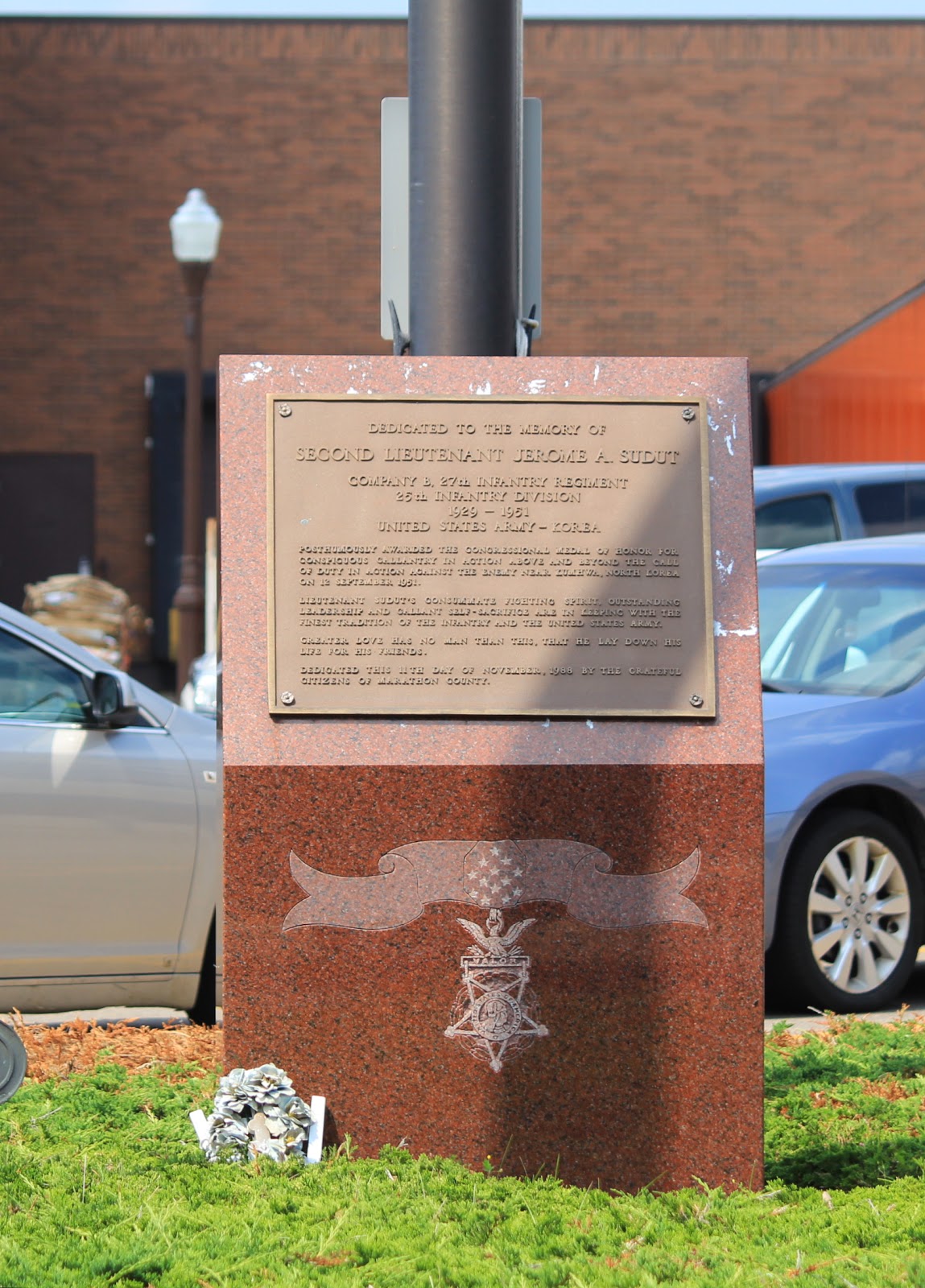 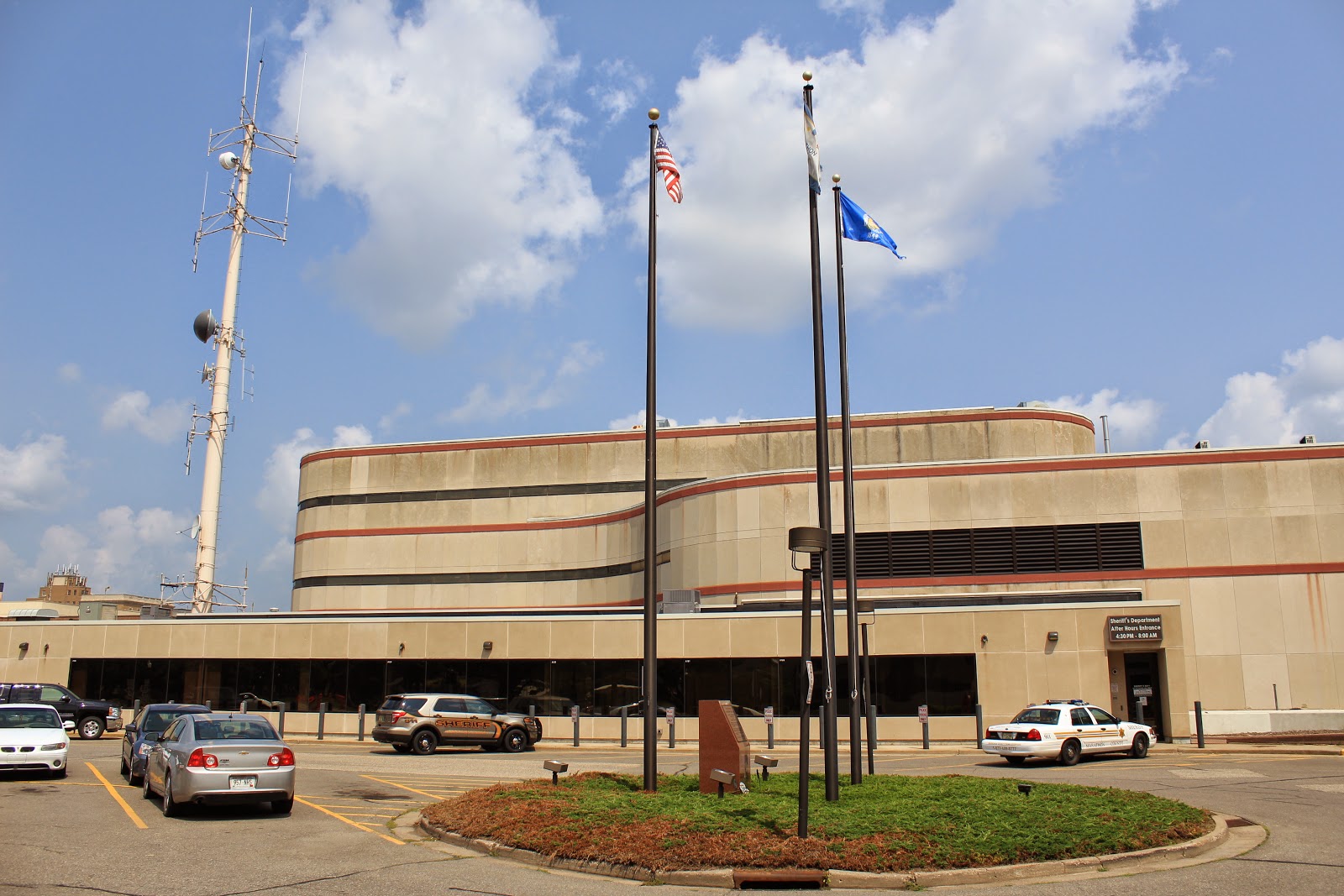 The memorial is at the middle of all the flagpoles.