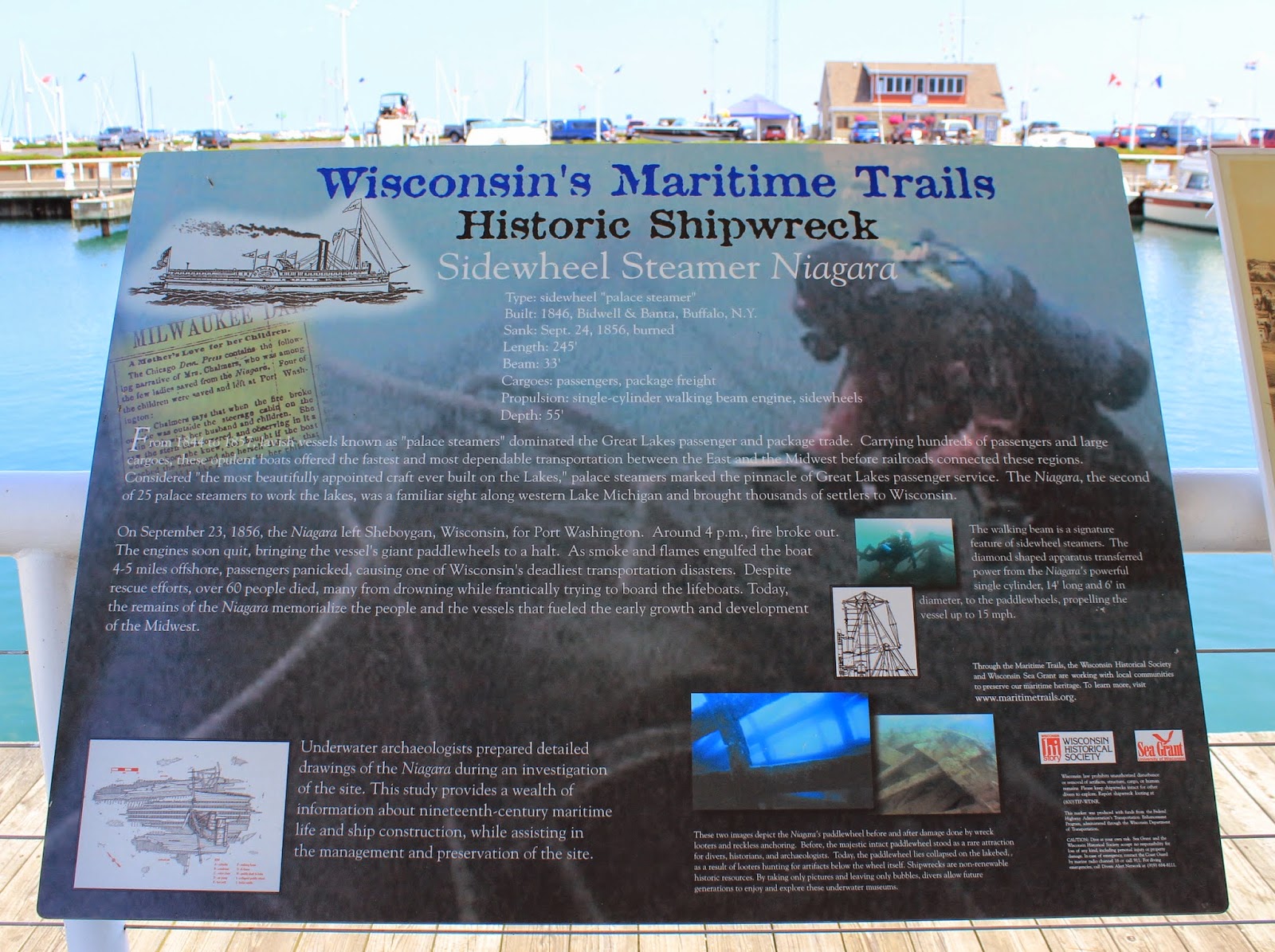 From 1844 to 1857, lavish vessels known as "palace steamers" dominated the Great Lakes passenger and package trade. Carrying hundreds of passengers and large cargoes, these opulent boats offered the fastest and most dependable transportation between the East and the Midwest before railroads connected these regions. Considered "the most beautifully appointed craft ever built on the Lakes," palace steamers marked the pinnacle of Great Lakes passenger service. The Niagara, the second of 25 palace steamers to work the lakes, was a familiar sight along western Lake Michigan.

On September 23, 1856, the Niagara left Sheboygan, Wisconsin, for Port Washington. Around 4 p.m., fire broke out. The engines soon quit, bringing the vessel's giant paddlewheels to a halt. As smoke engulfed the boat 4-5 miles offshore, passengers panicked, causing one of Wisconsin's deadliest transportation disasters. Despite rescue efforts, over 60 people died, many from drowning while frantically trying to board the lifeboats. Today the remains of the Niagara memorialize the people and the vessels that fueled the early growth and development of the Midwest. 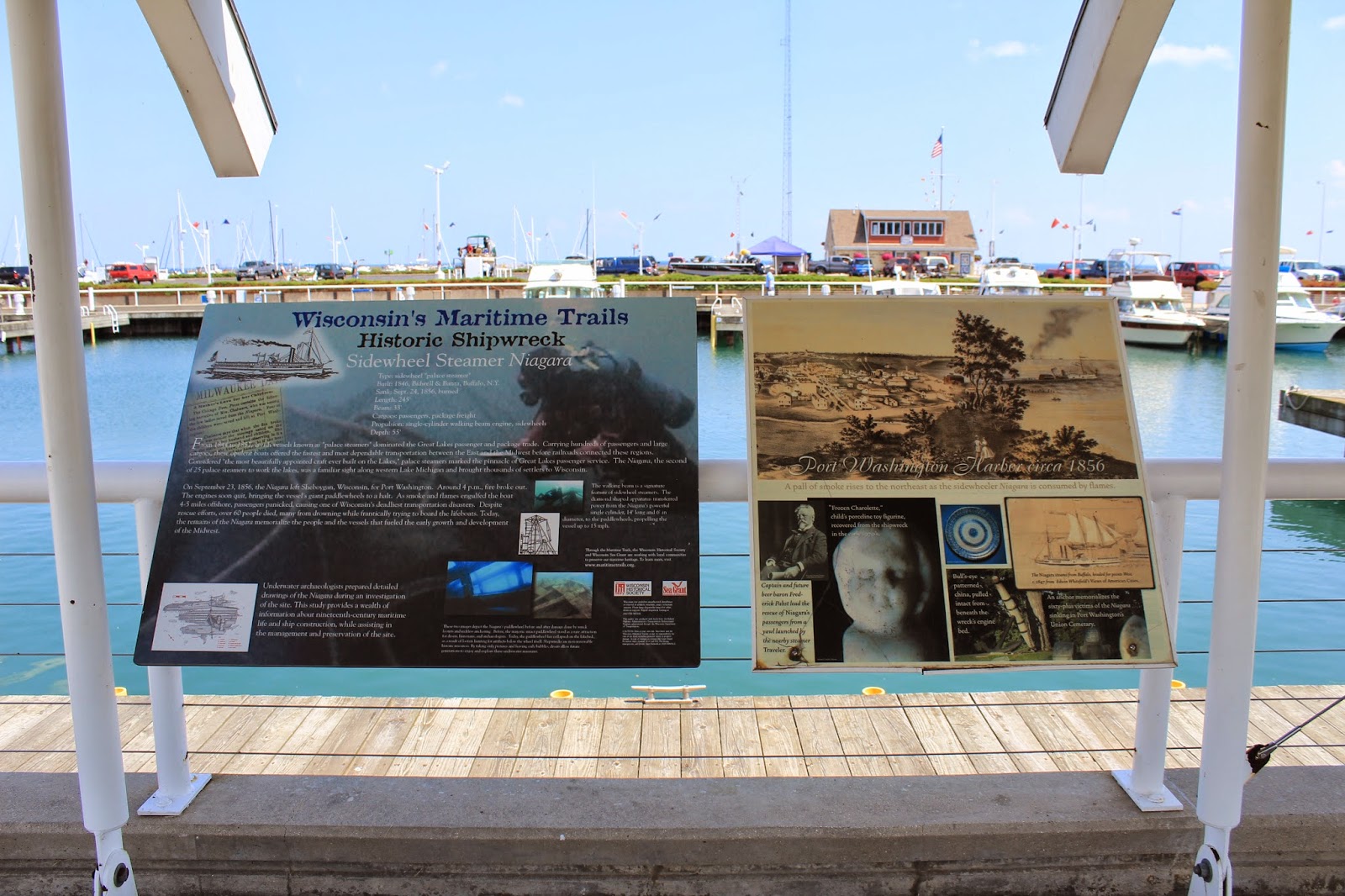 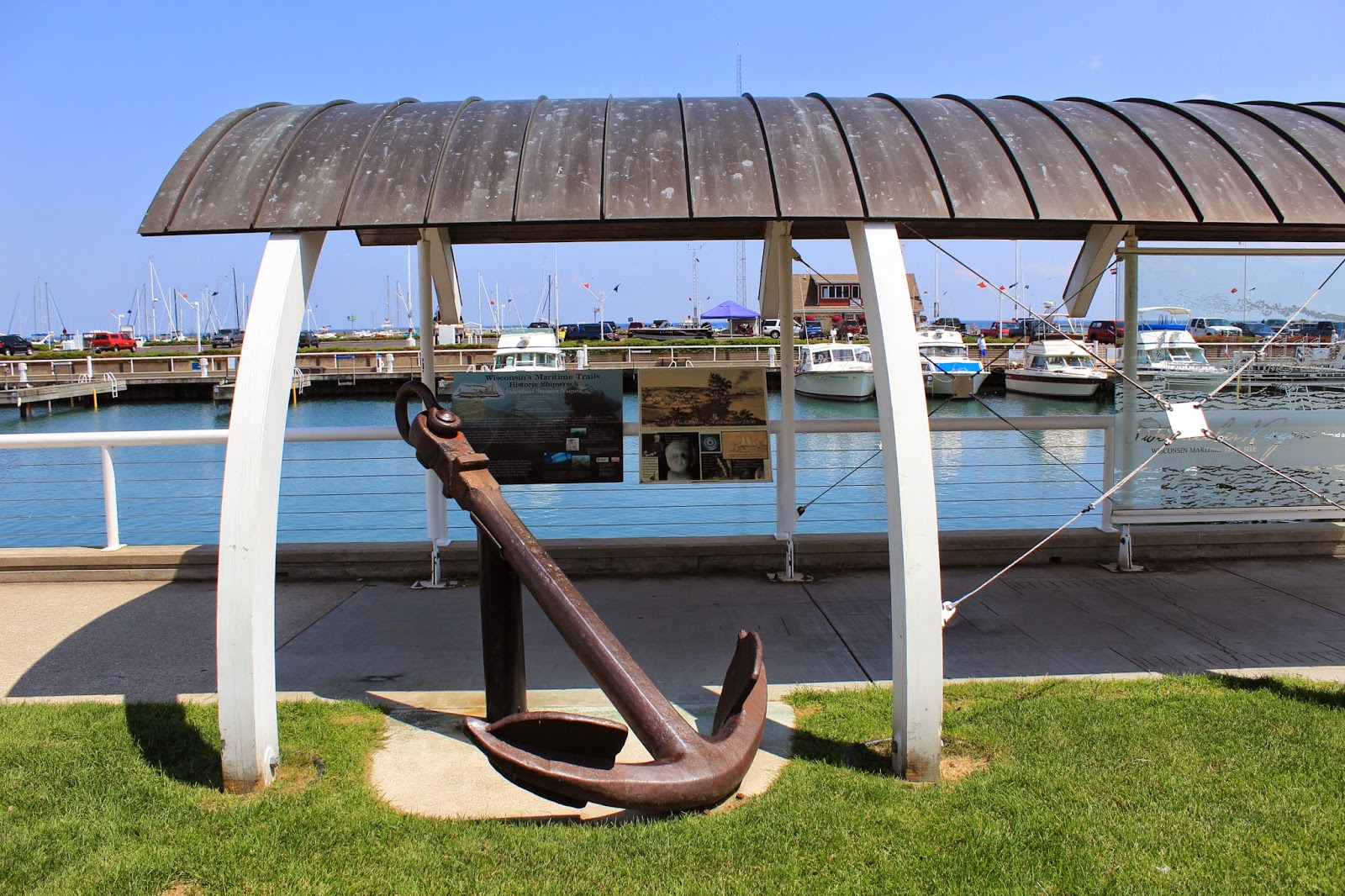 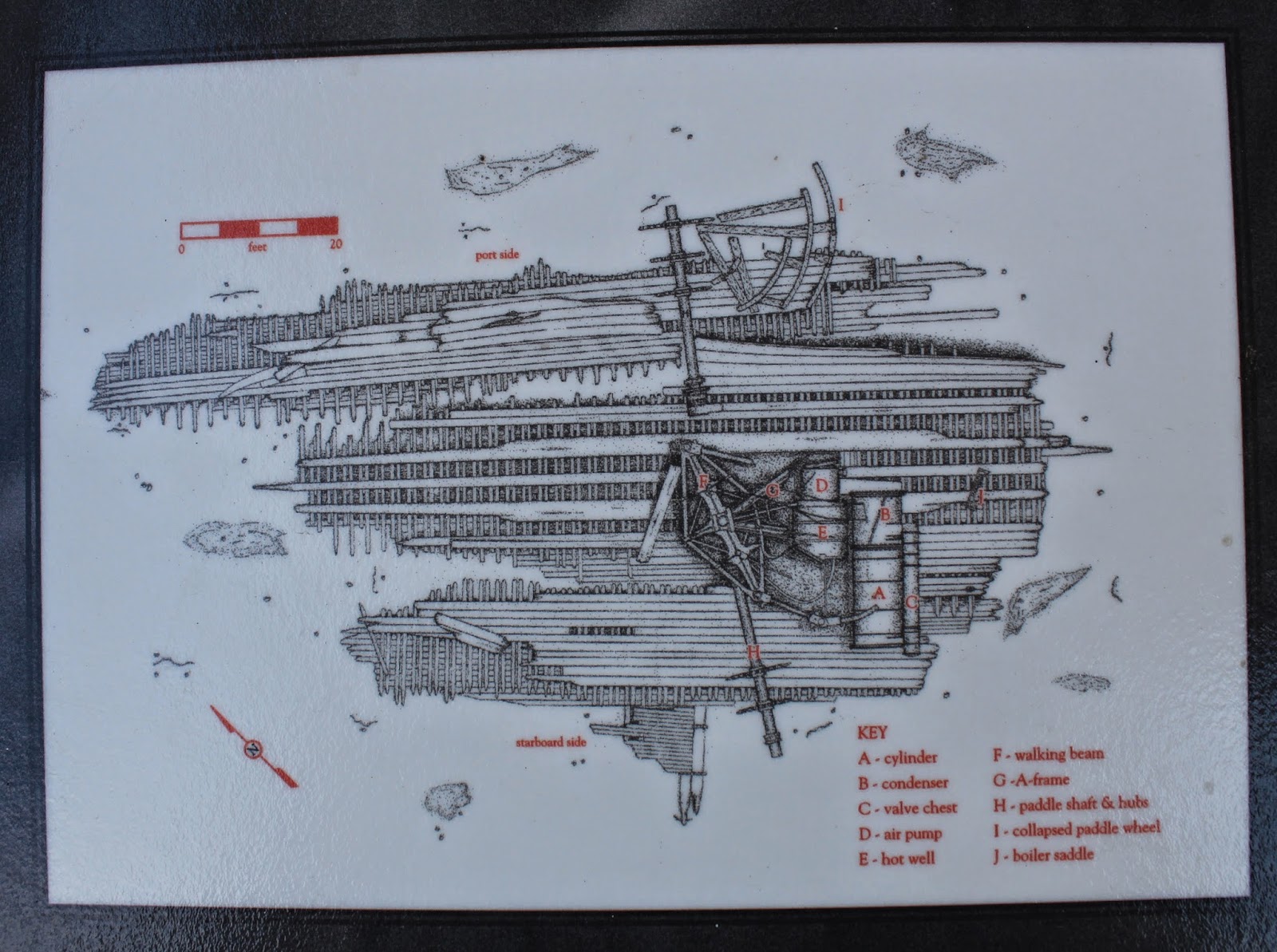 These two images depict the Niagara's paddlewheel before and after damage done by wreck looters and reckless anchoring. Before, the majestic paddleswheel stood as a rare attraction for divers, historians and archaeologists. Today, the paddlewheel lies collapsed on the lakebed, as a result of looters hunting for artifacts below the wheel itself. Shipwrecks are non-renewable historic resources. By taking only pictures and leading only bubbles, divers allow future generations to enjoy and explore these underwater museums.

The walking bean is a signature feature of sidewheel steamers. The diamond-shaped apparatus transferred power from the Niagara's powerful single cylinger, 14' lont and 6' in diameter, to the paddlewheels, propelling the vessel up to 15 mph. 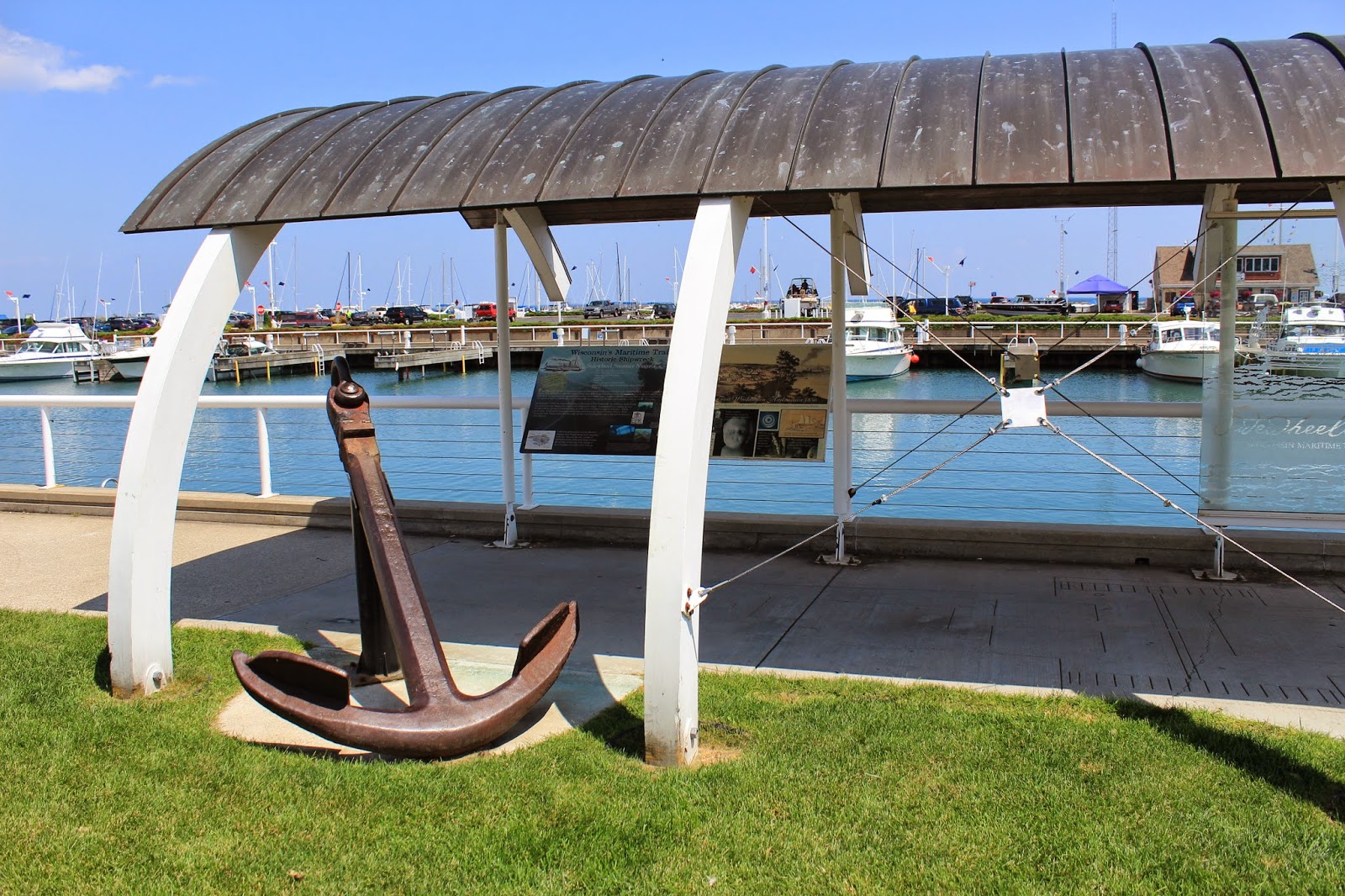 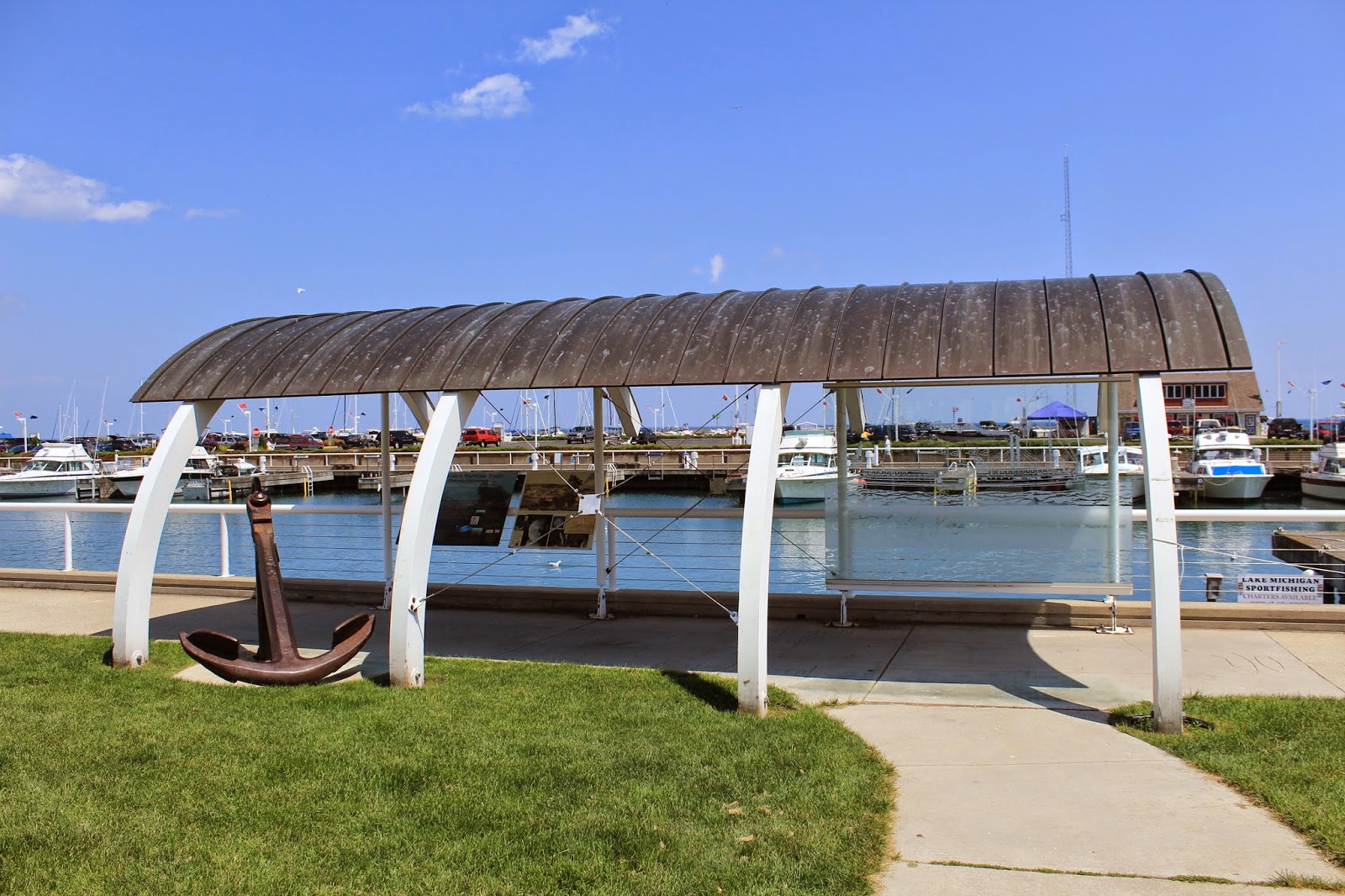 The marker is underneath the awning, at the far end on the left. 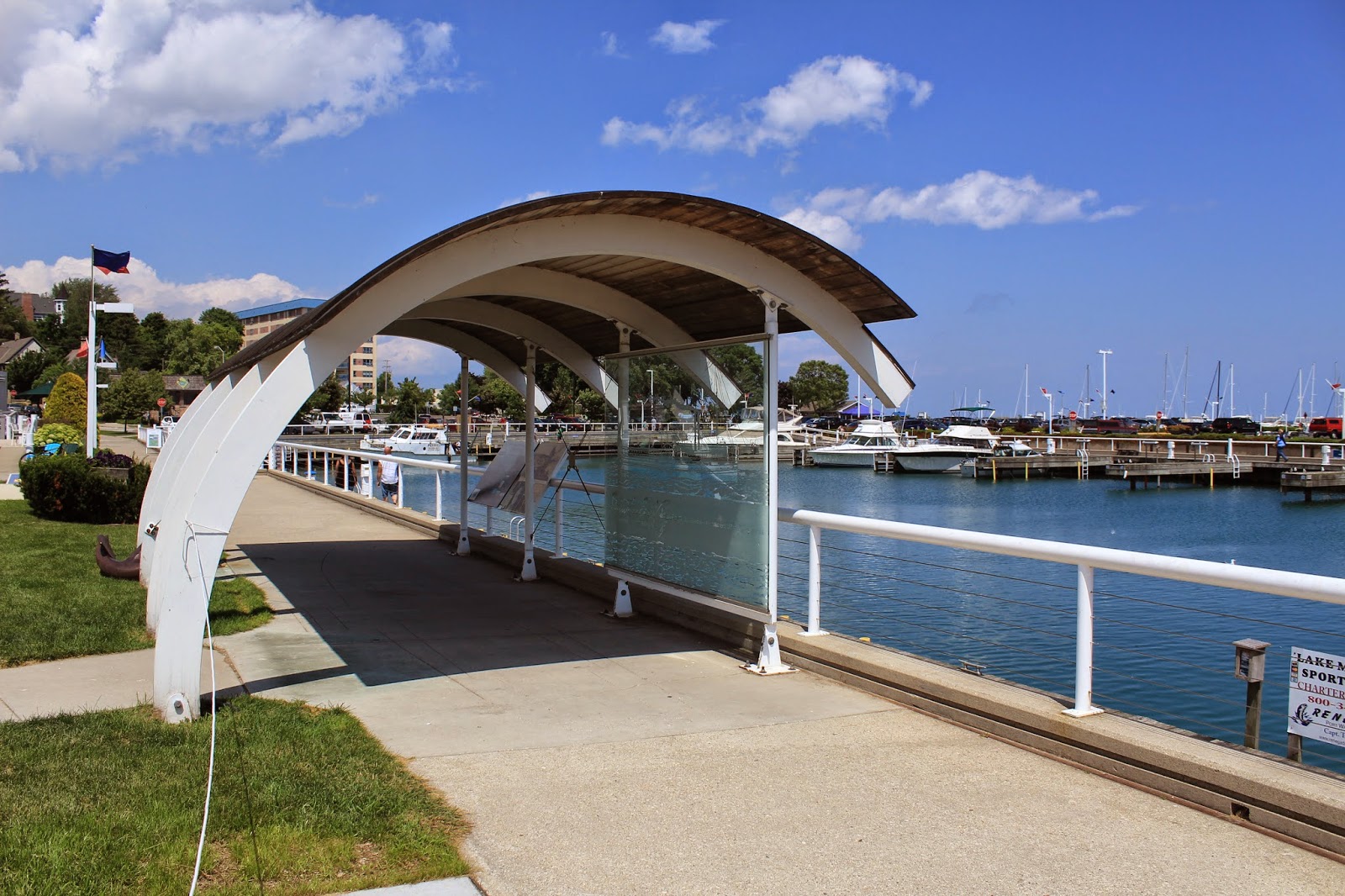 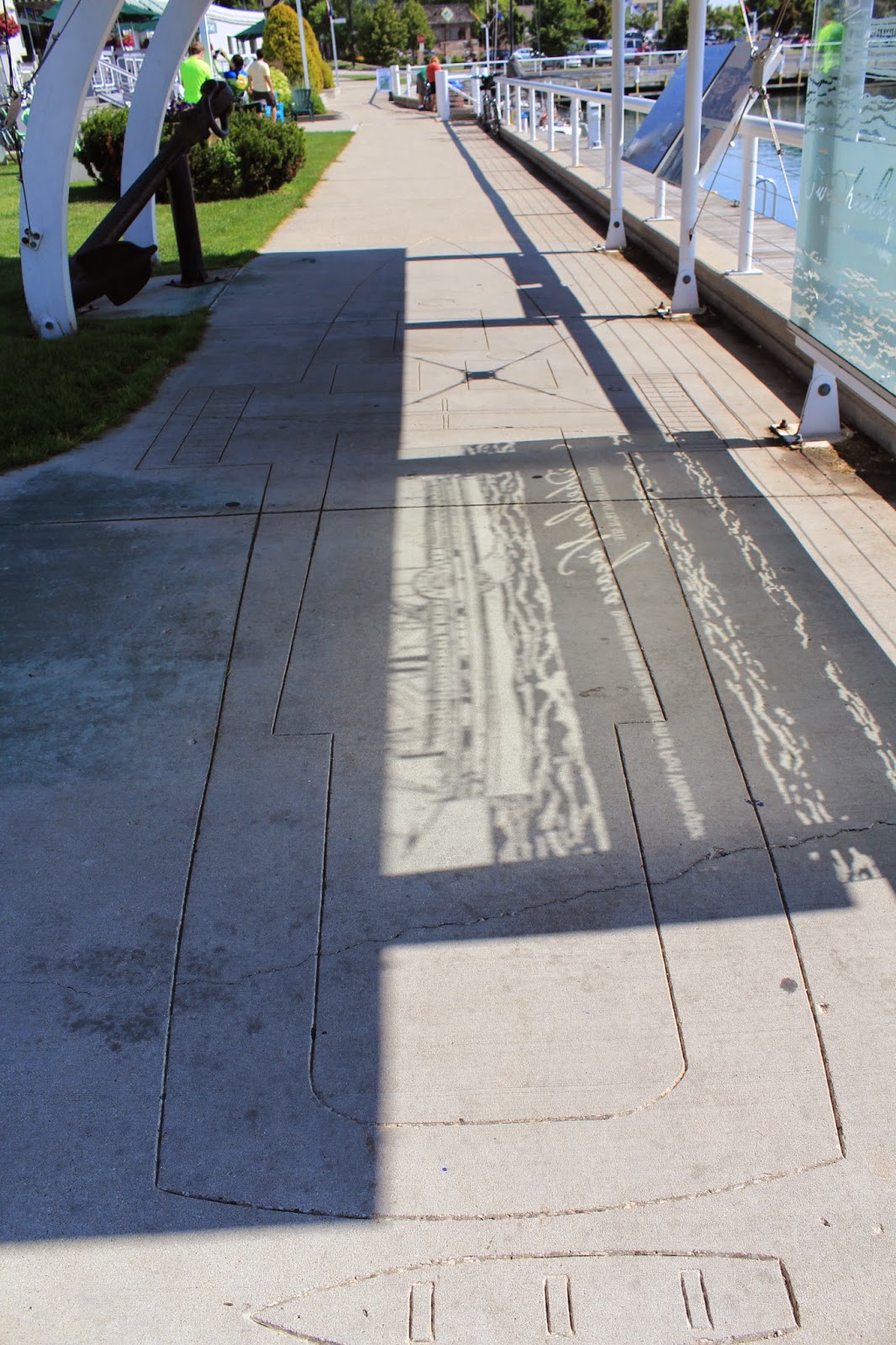 An etching of the steamer in the glass plate (to the right) reflects
to the sidewalk. This only occurs when the sun shines through
the glass in the morning (the etching is east facing). 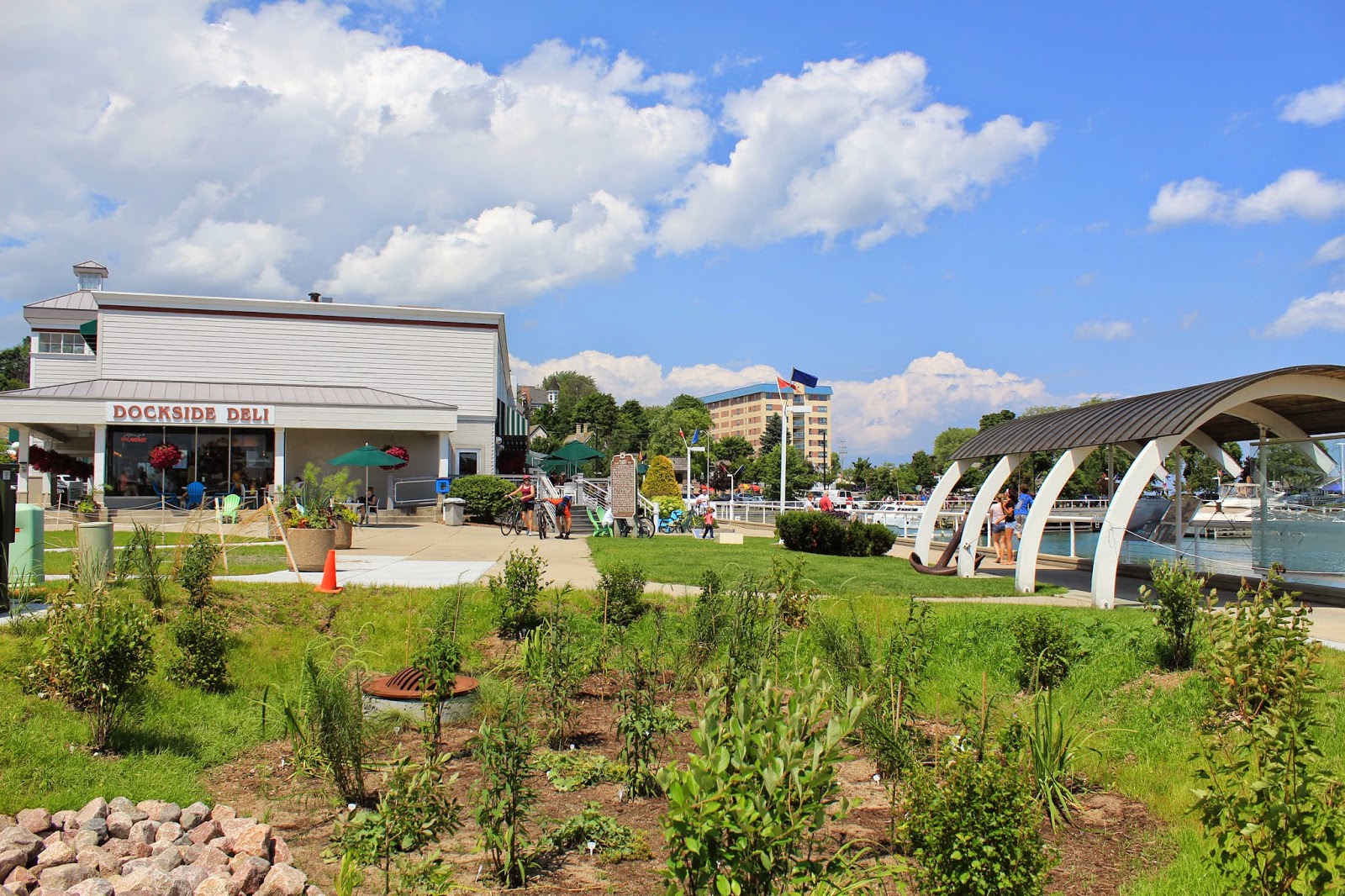