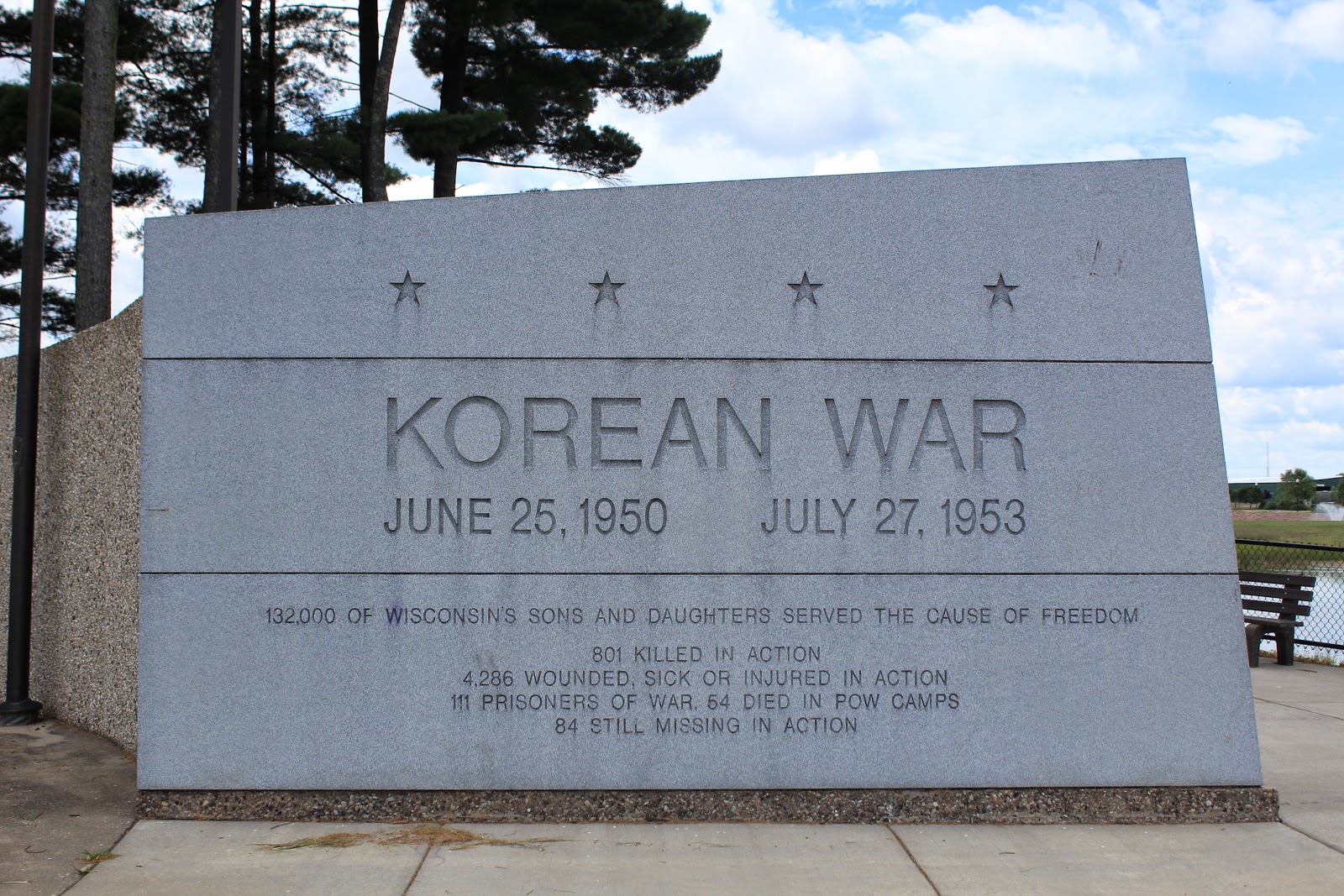 
132,000 of Wisconsin's sons and daughters served the cause of freedom


The memorial is located inside Worzella Pines Park, on an island in Lake Pacawa. Access the memorial from eastbound Maple Drive, east of its intersection with Menards Drive, Plover, Wisconsin 54467.

NOTE: Click here for a map of the park and further directions.

A companion book to the documentary produced by Wisconsin Public Television, "Wisconsin Korean War Stories" tells the story of the "forgotten war" through first-person interviews, photographs and letters. 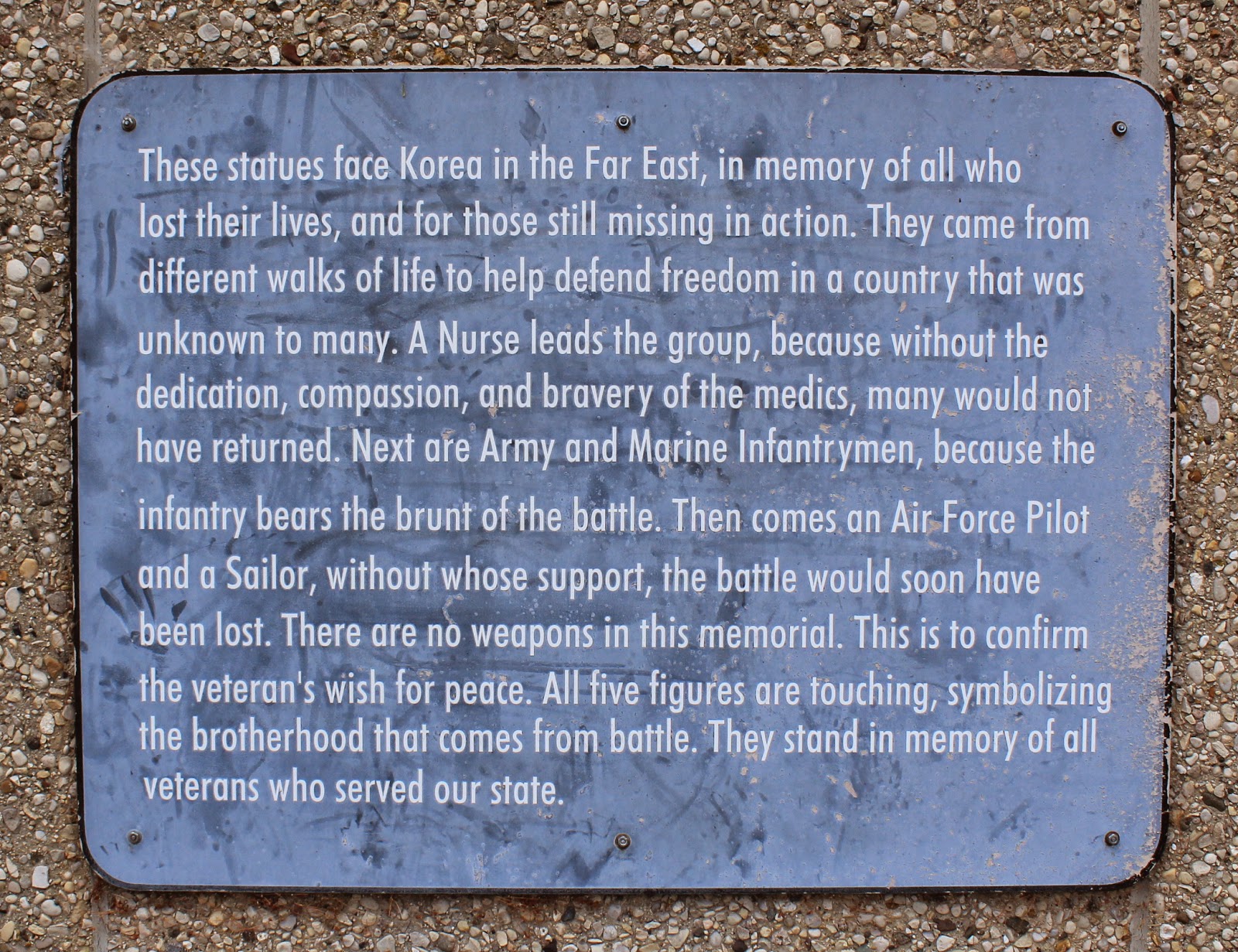 These statues face Korea in the Far East, in memory of all who lost their lives, and for those still missing in action. They came from different walks of life to help defend freedom in a country that was unknown to many. A Nurse leads the group, because without the dedication, compassion, and bravery of the medics, many would not have returned. Next are Army and Marine Infantrymen, because the infantry bears the brunt of the battle. Then comes an Air Force Pilot and a Sailor, without whose support, the battle would soon have been lost. There are no weapons in this memorial. This is to confirm the veteran's wish for peace. All five figures are touching, symbolizing the brotherhood that comes from battle. They stand in memory of all veterans who served our state. 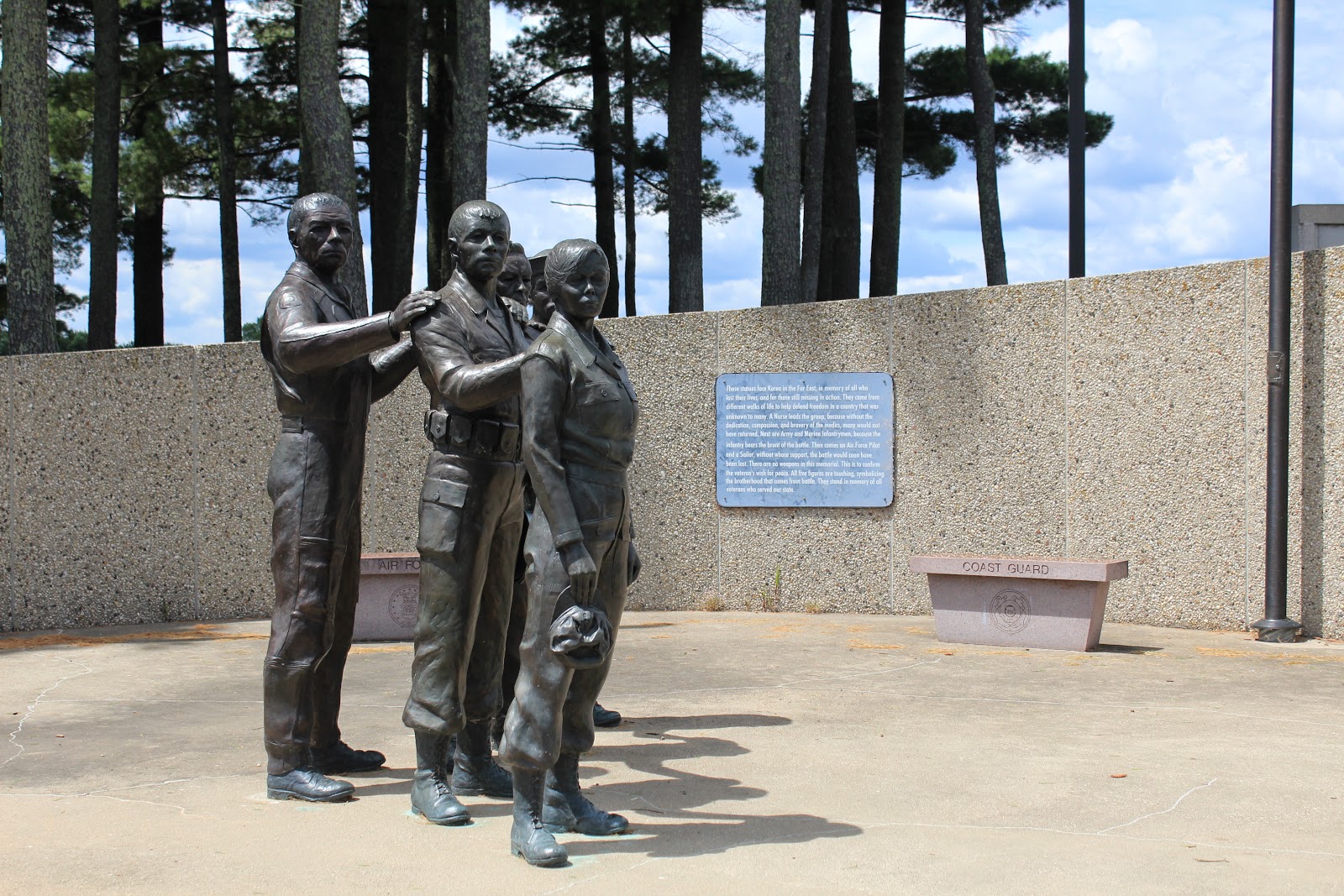 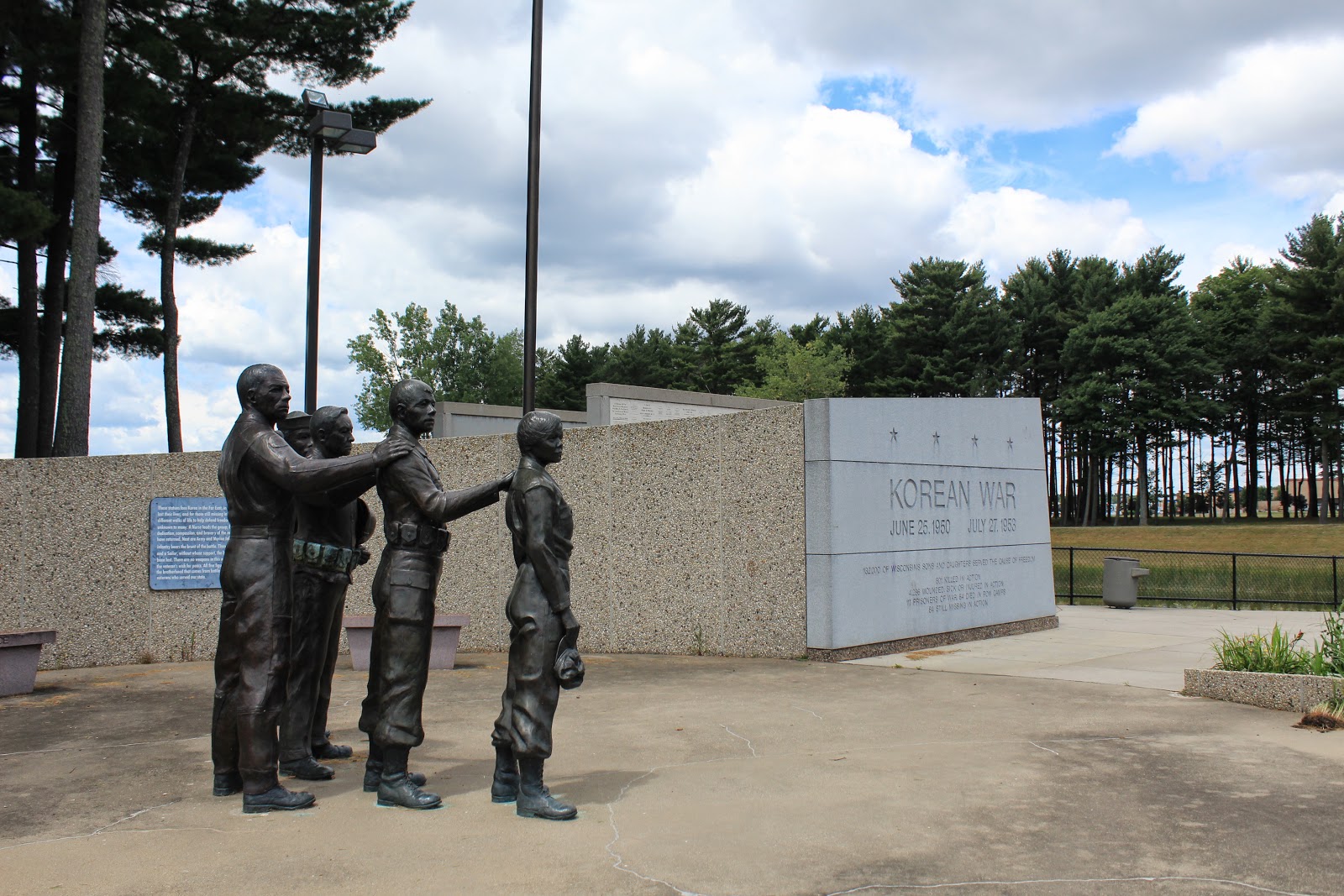 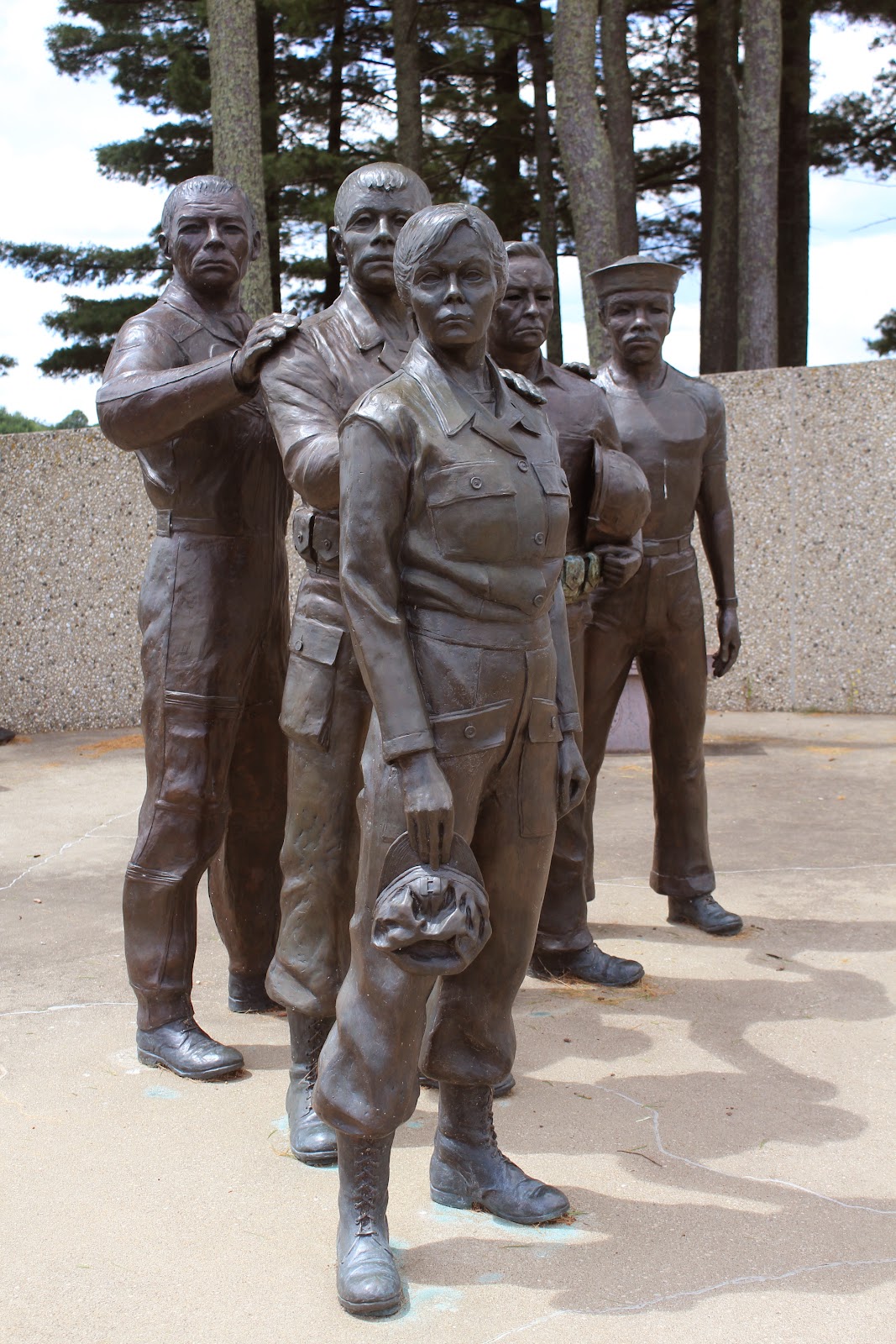 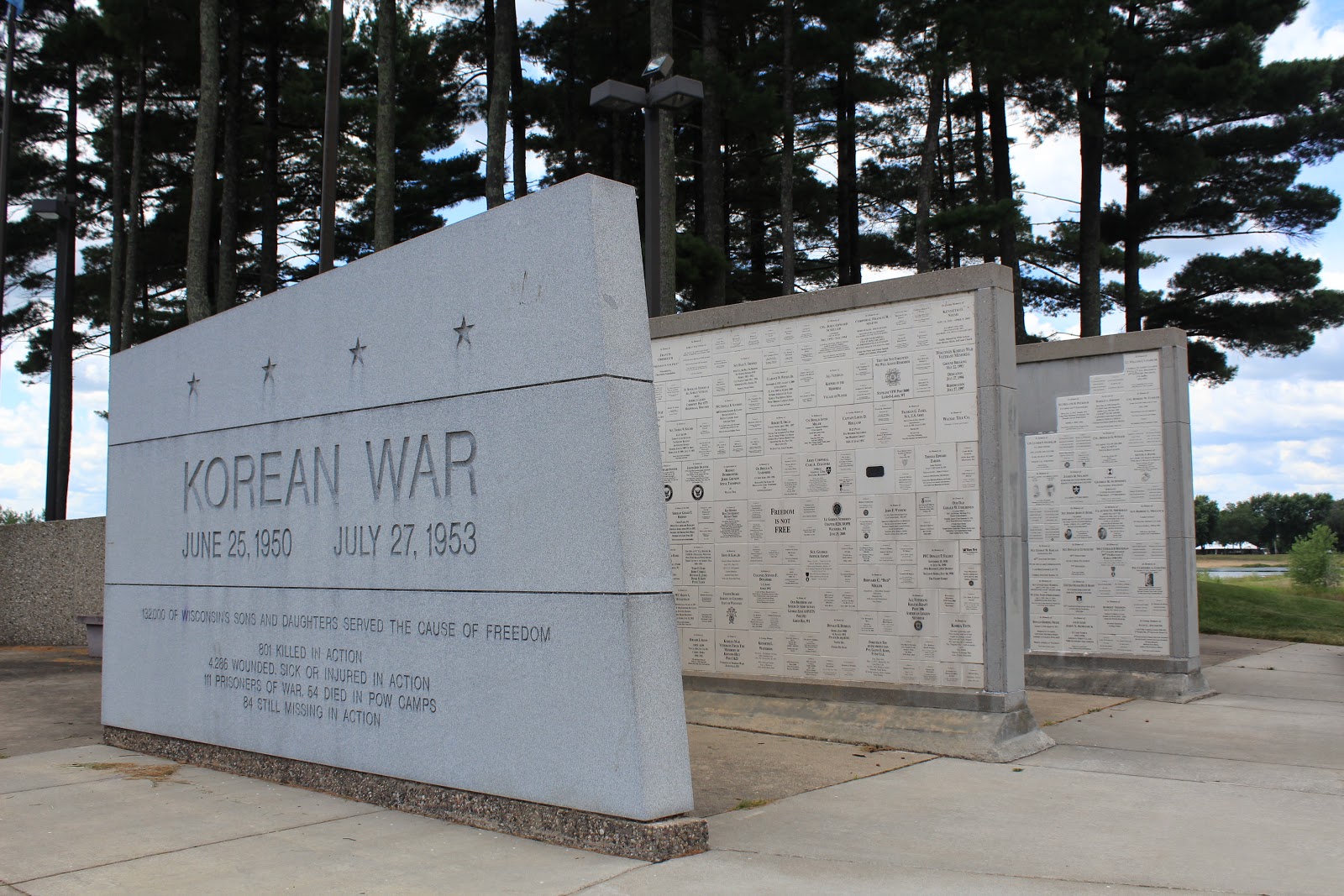 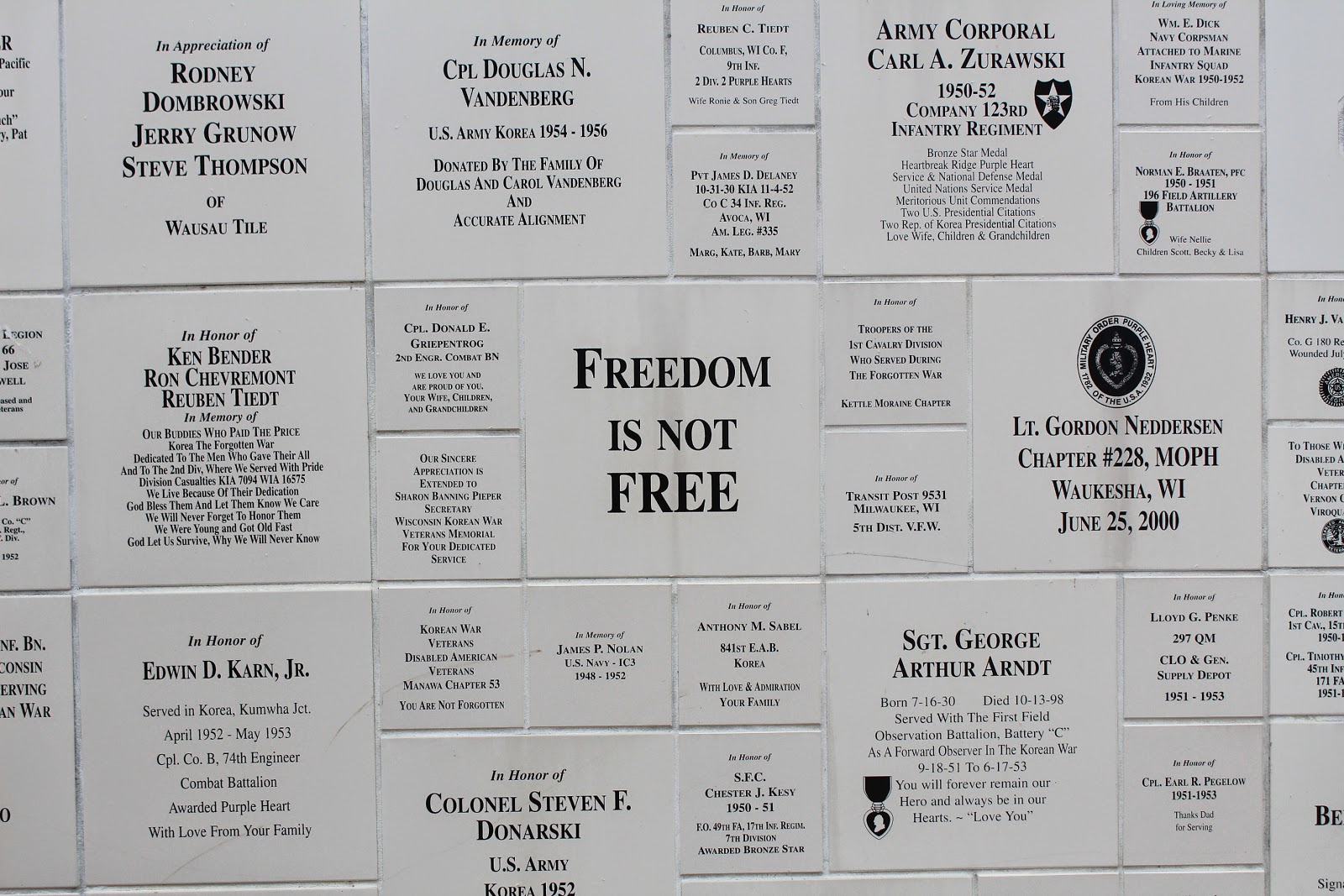 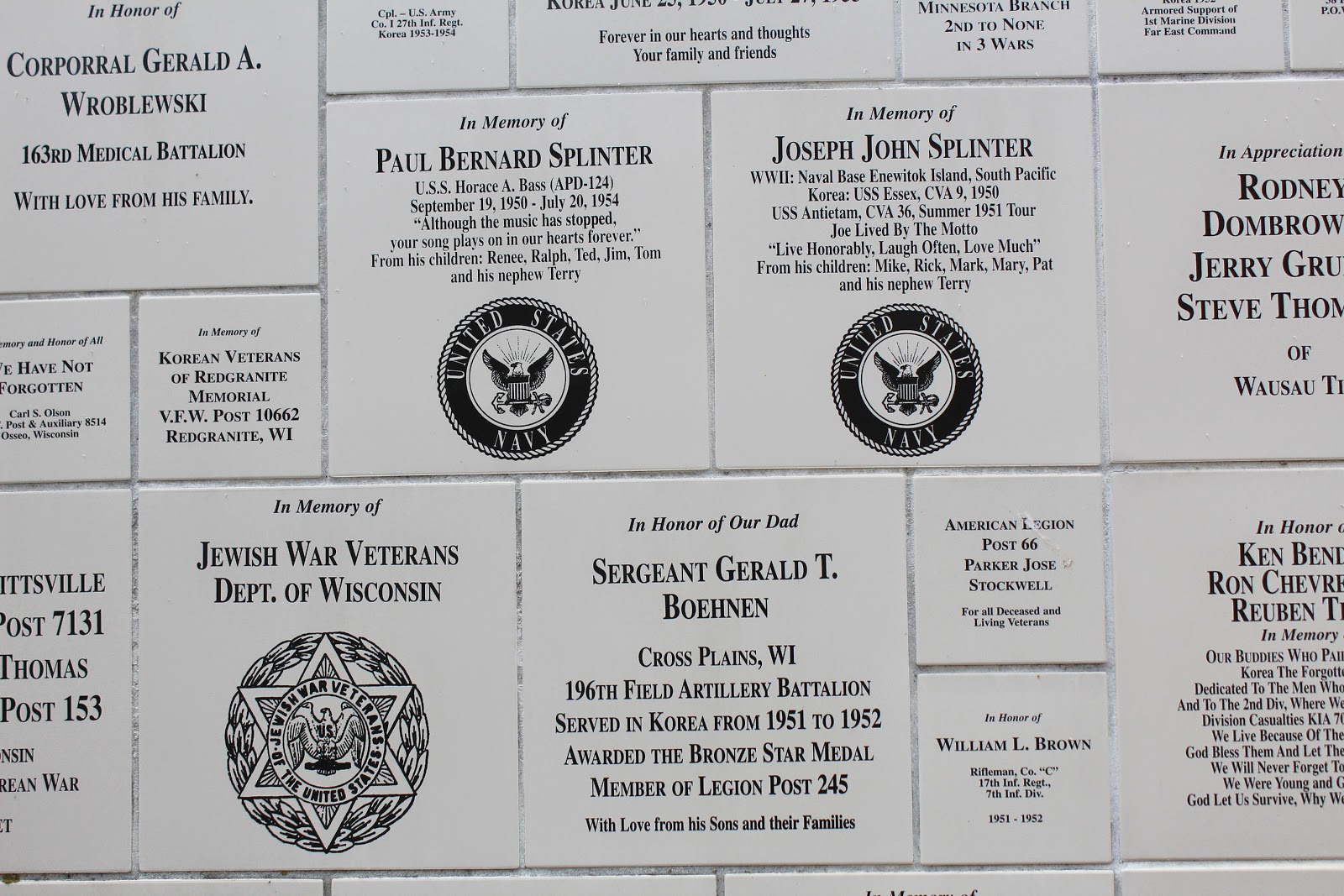 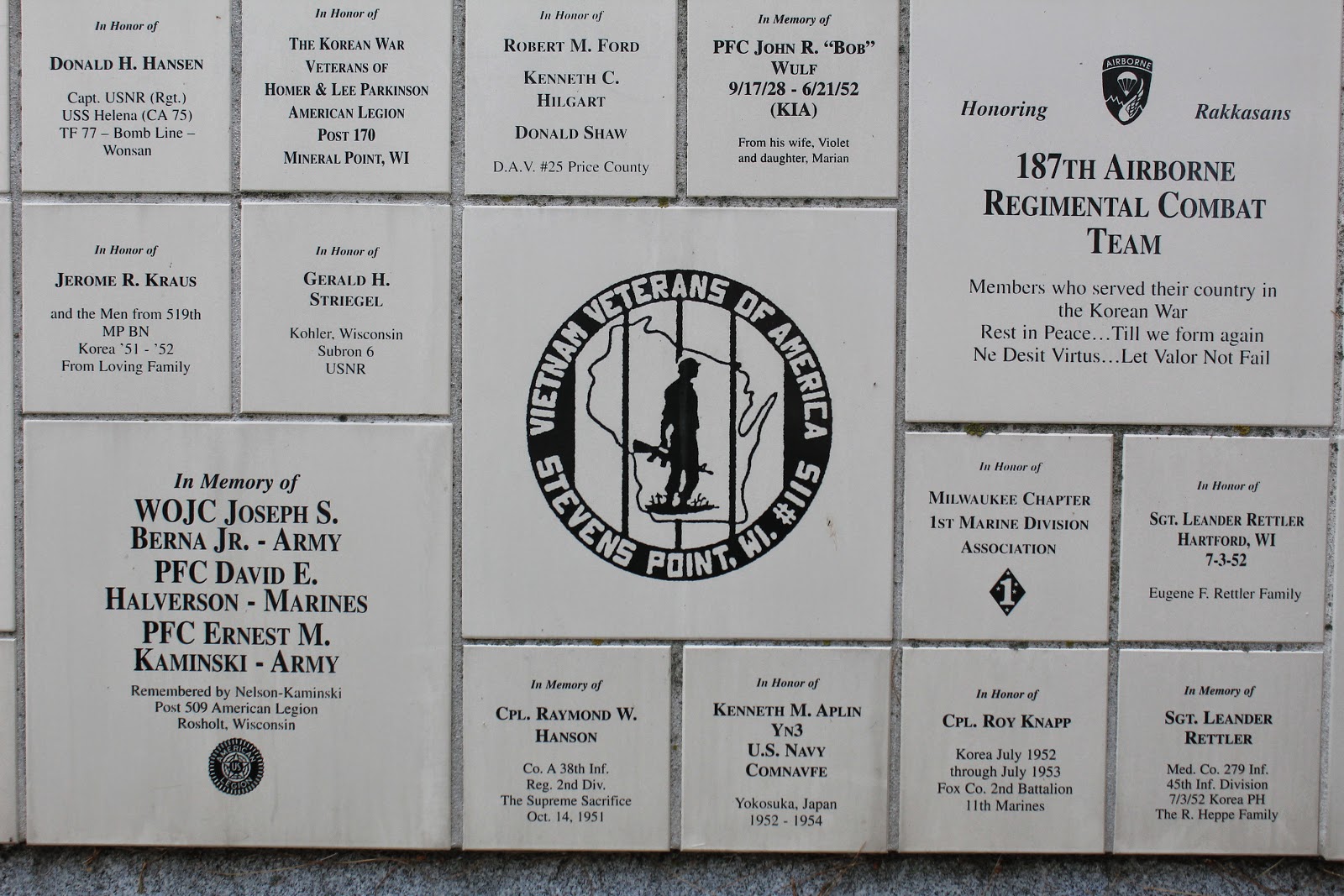 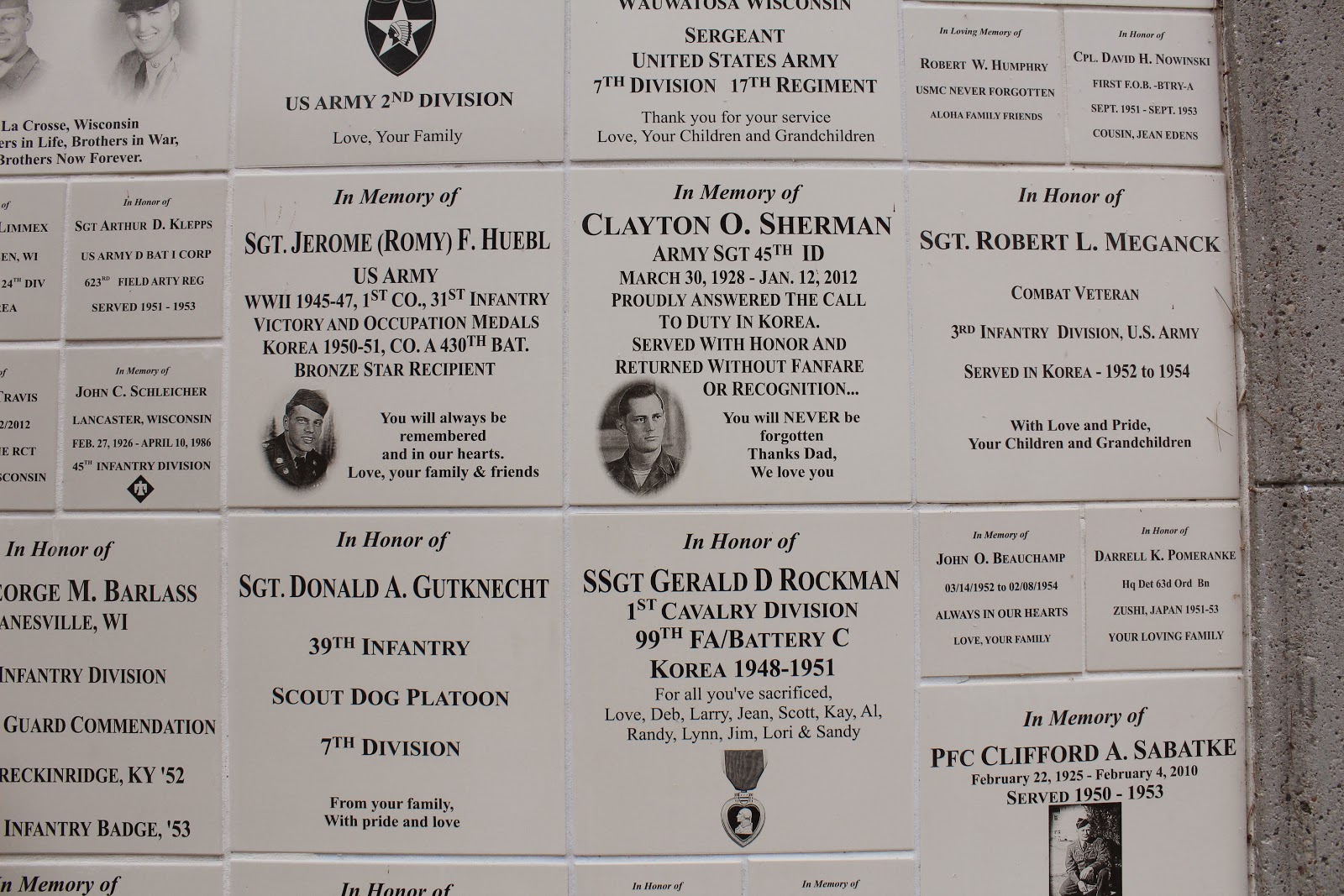 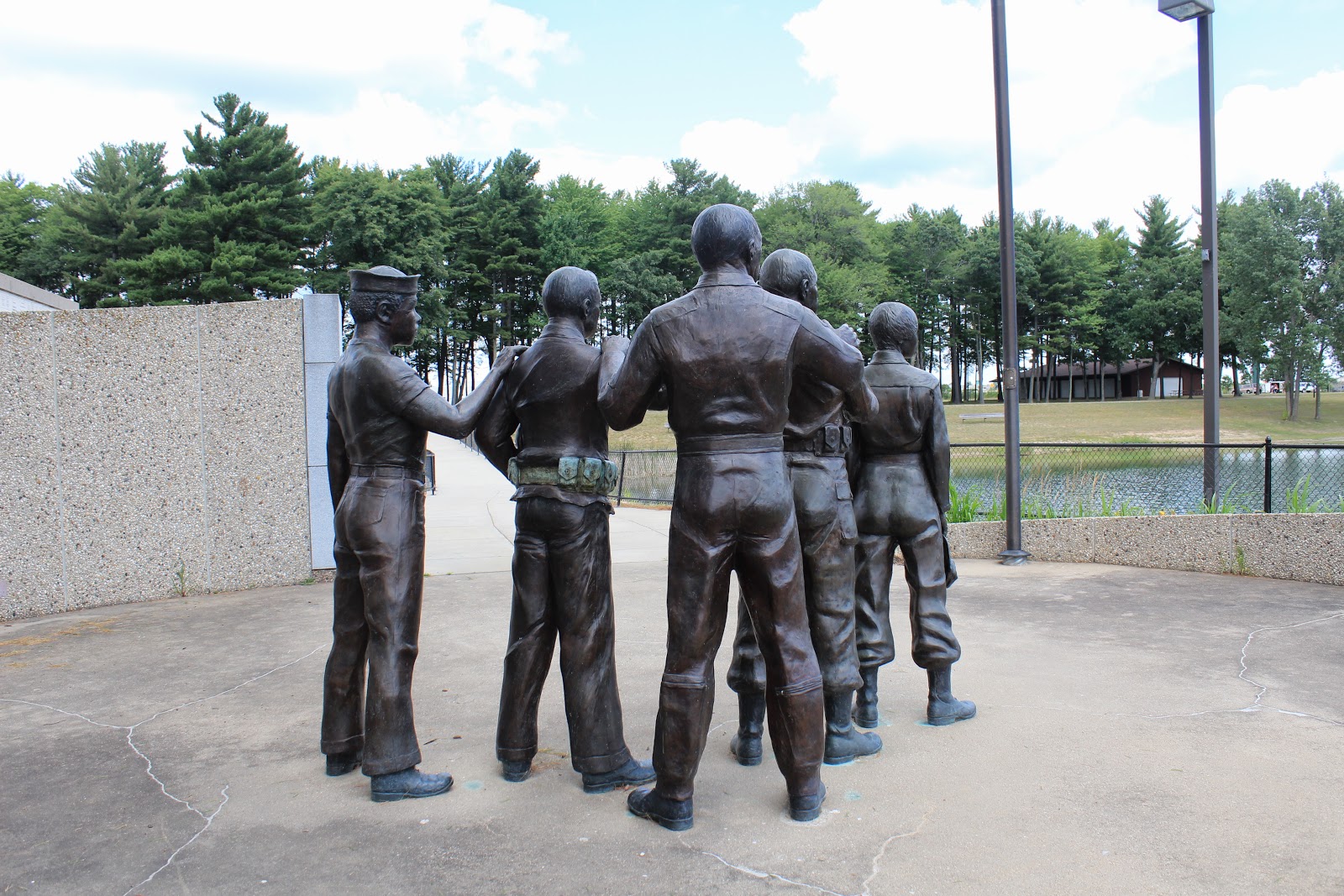 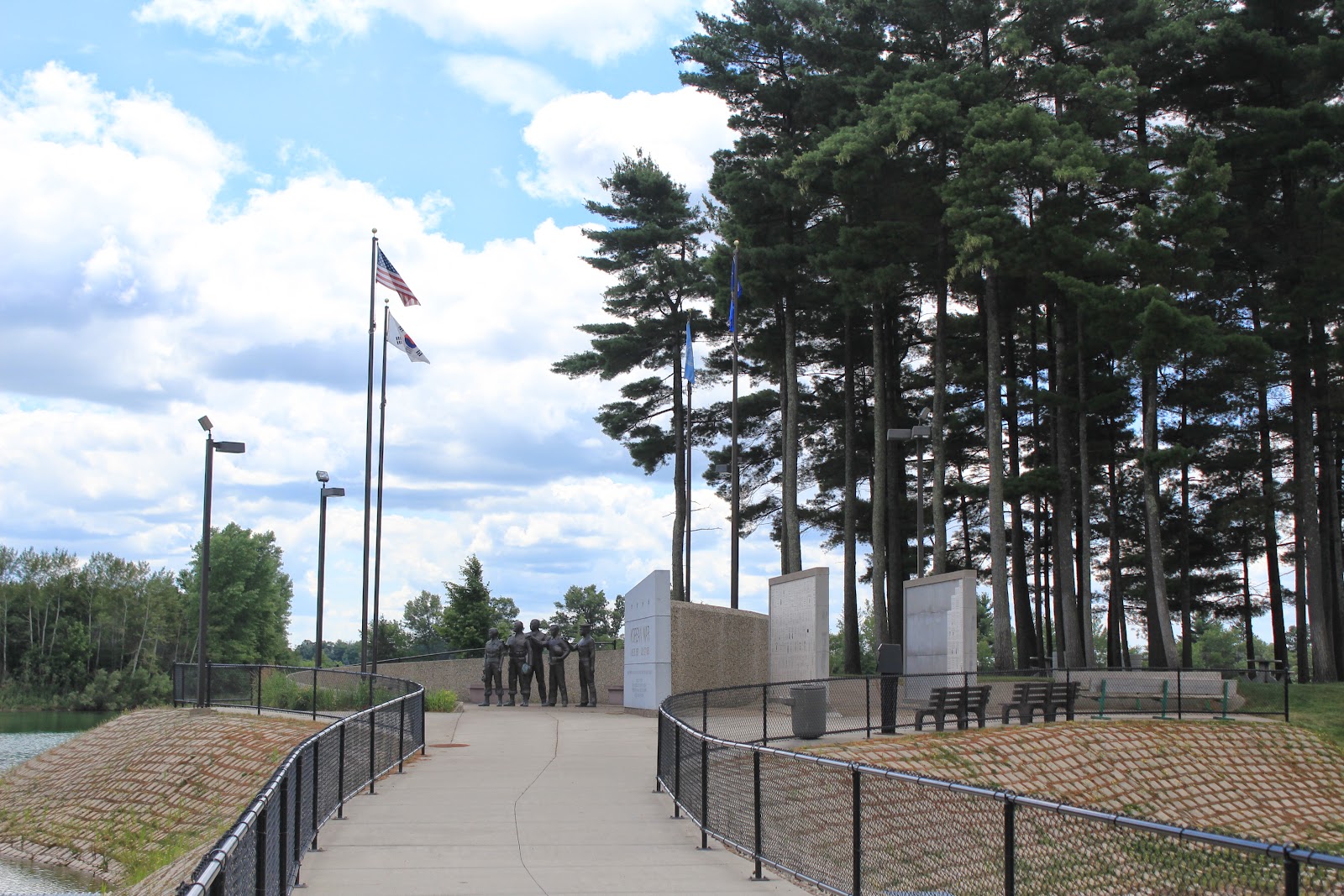 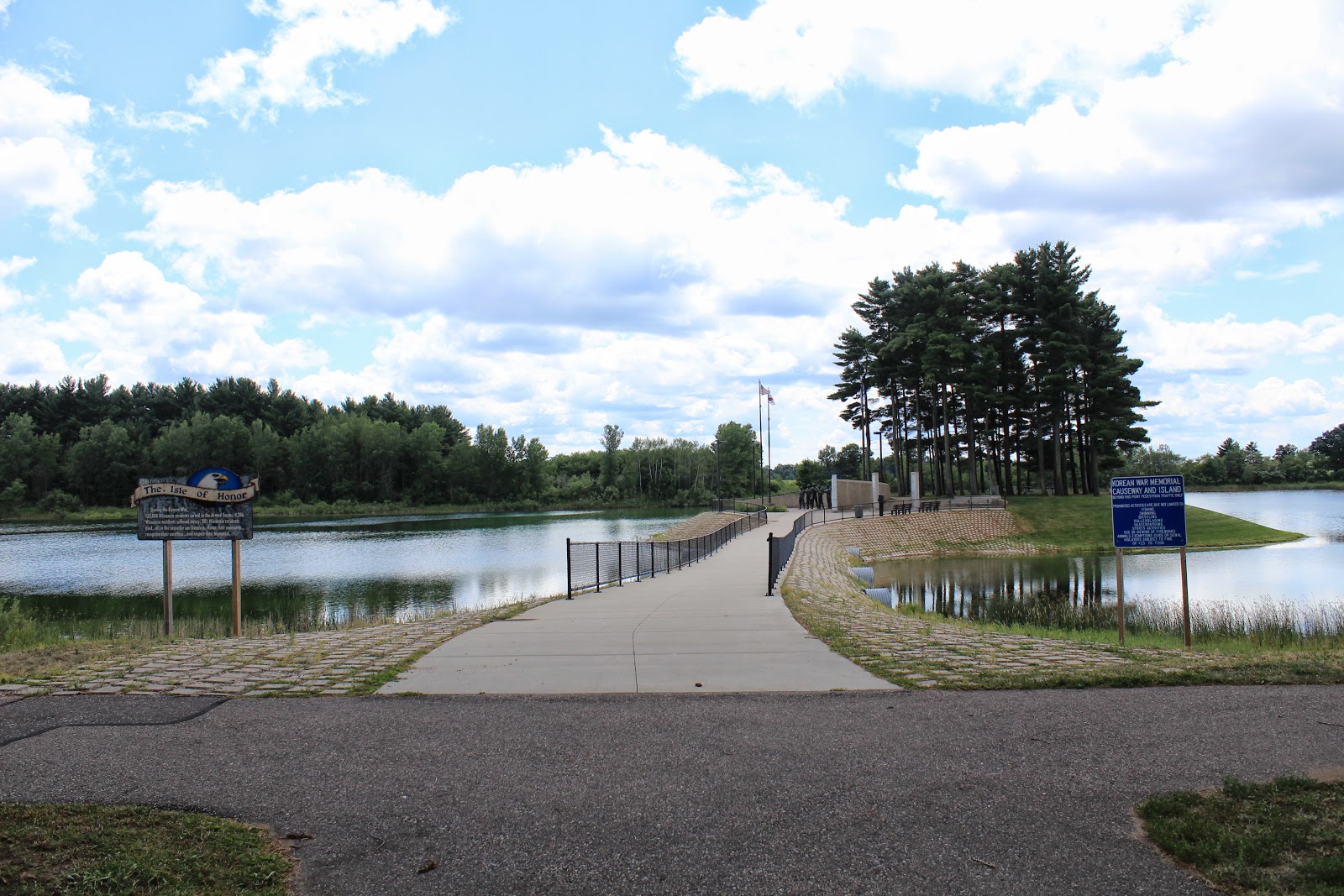 The pathway from the parking lot to the memorial. 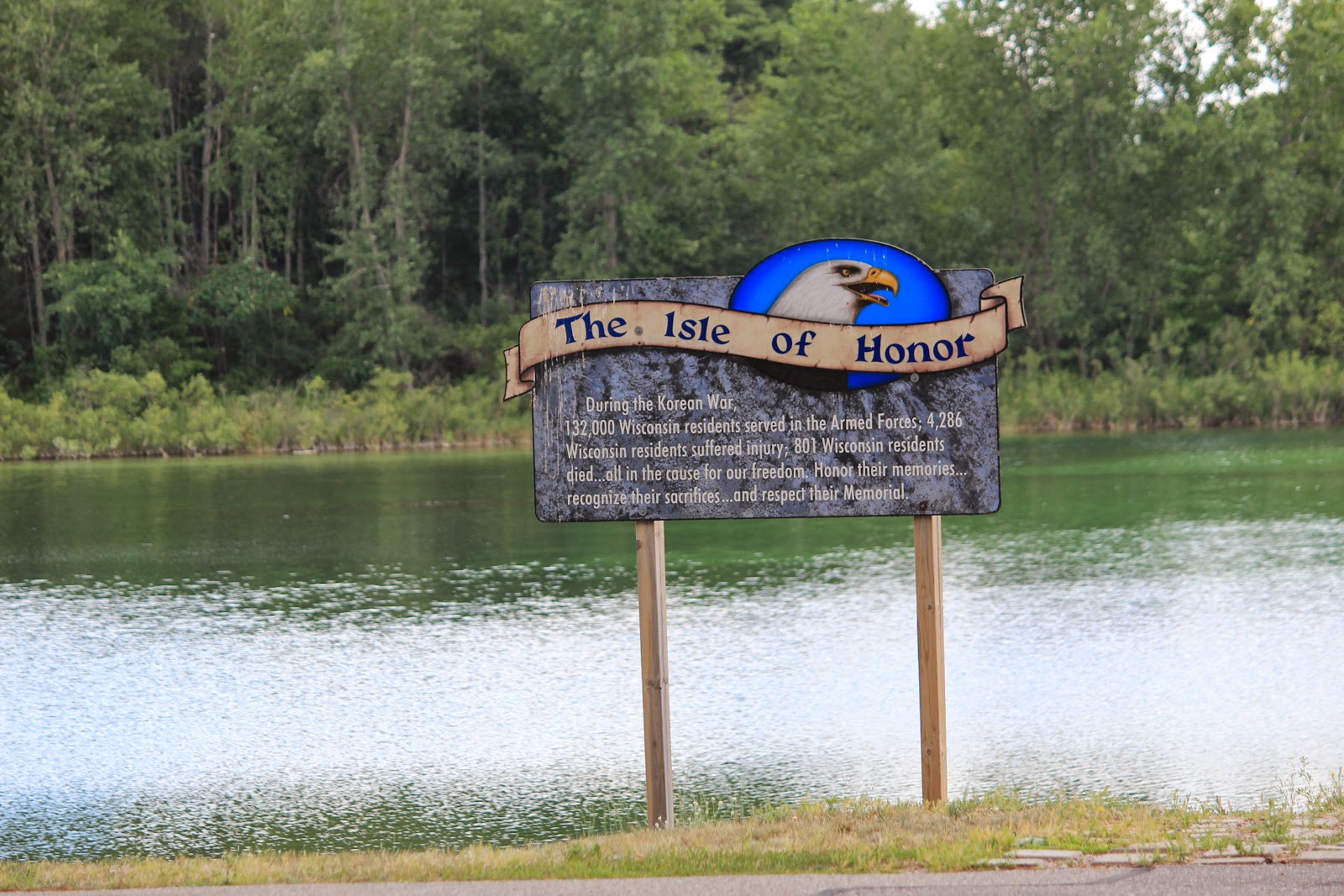 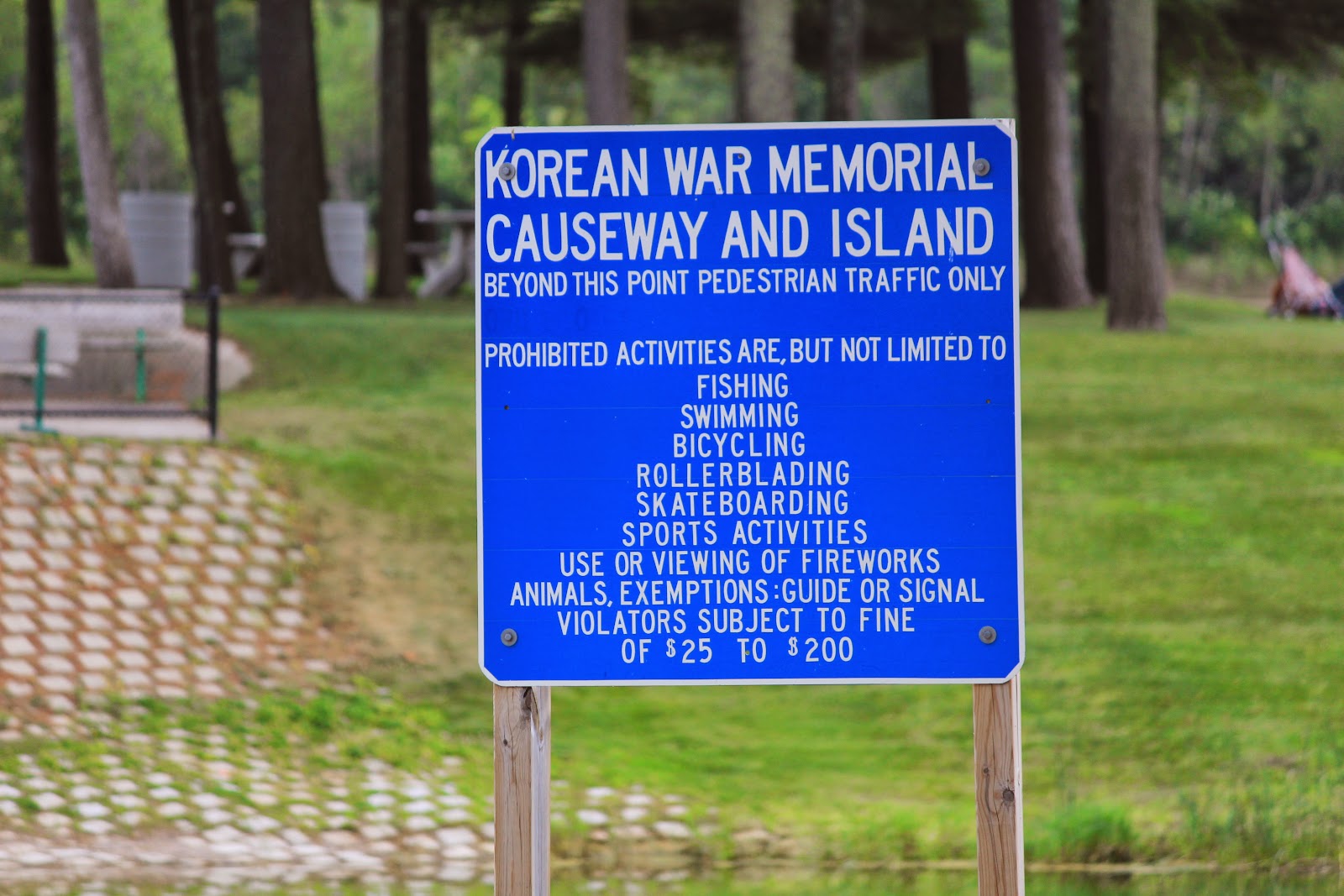 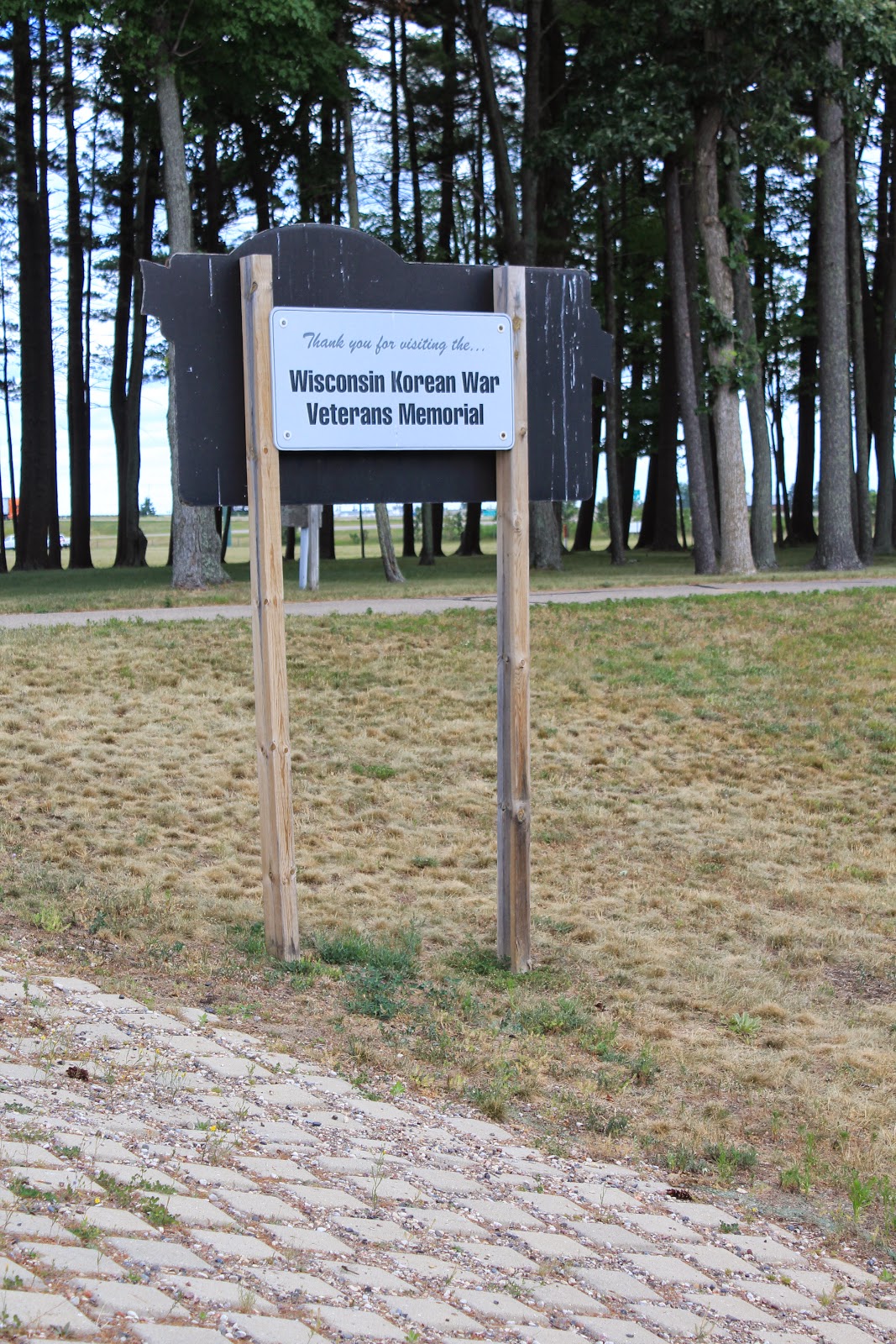 The parking lot is located on the other side of the trees.