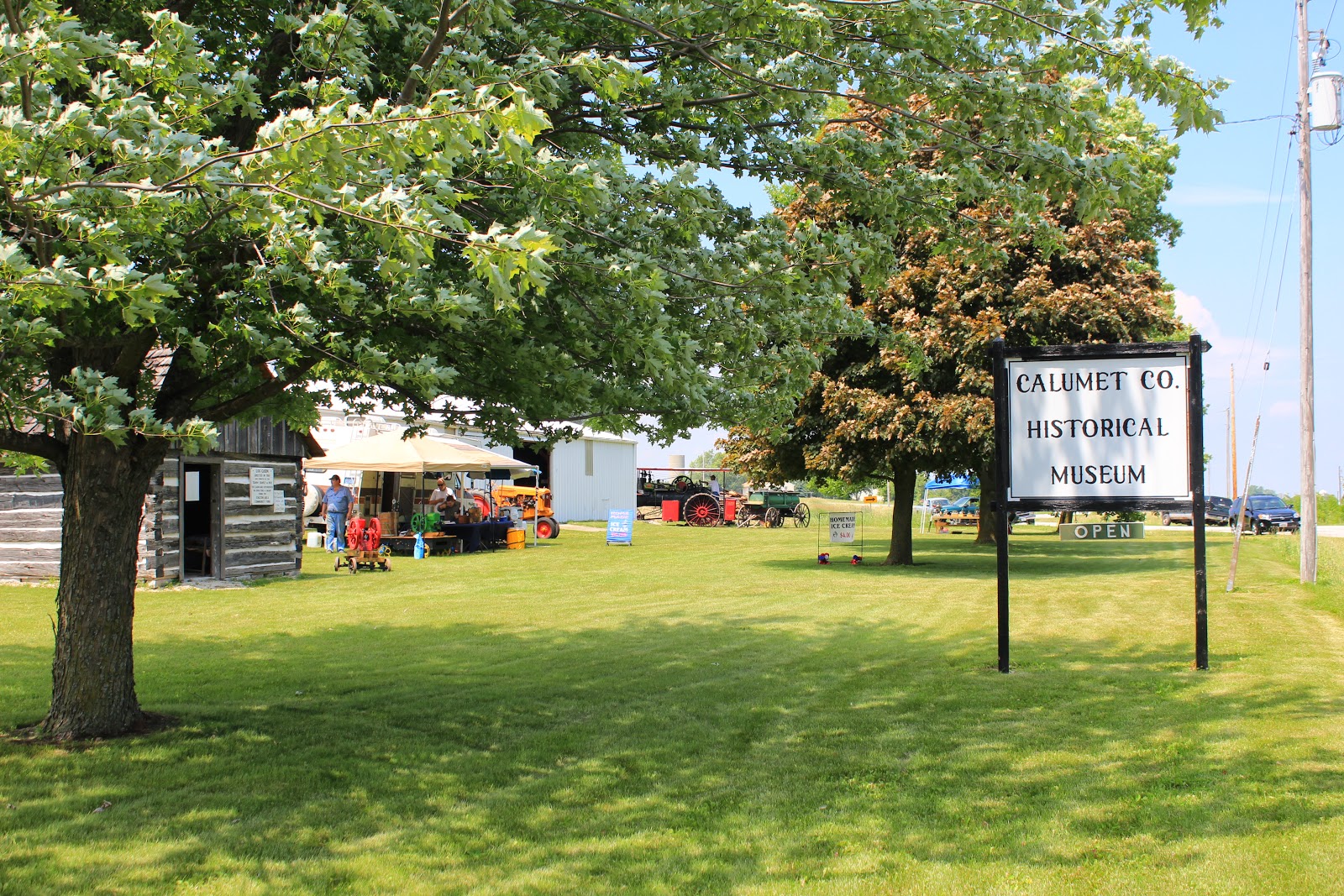 Today (Saturday, June 28, 2014), Calumet County Historical Society partnered with Wisconsin Steam Antique Engine Club for their "1st Ever Steam Engine Show". I learned a lot about the value of the steam engine to early 19th Century Wisconsinites and got to see some very cool steam engines in operation.

In addition to the steam engine show, I had the opportunity to tour the historical society museum; lots of cool things to see! Check out the museum here.

The Calumet County Historical Society is located on Irish Road, just north of its intersection with Wisconsin Highway 32 / 57, in Chilton, Wisconsin 54014. 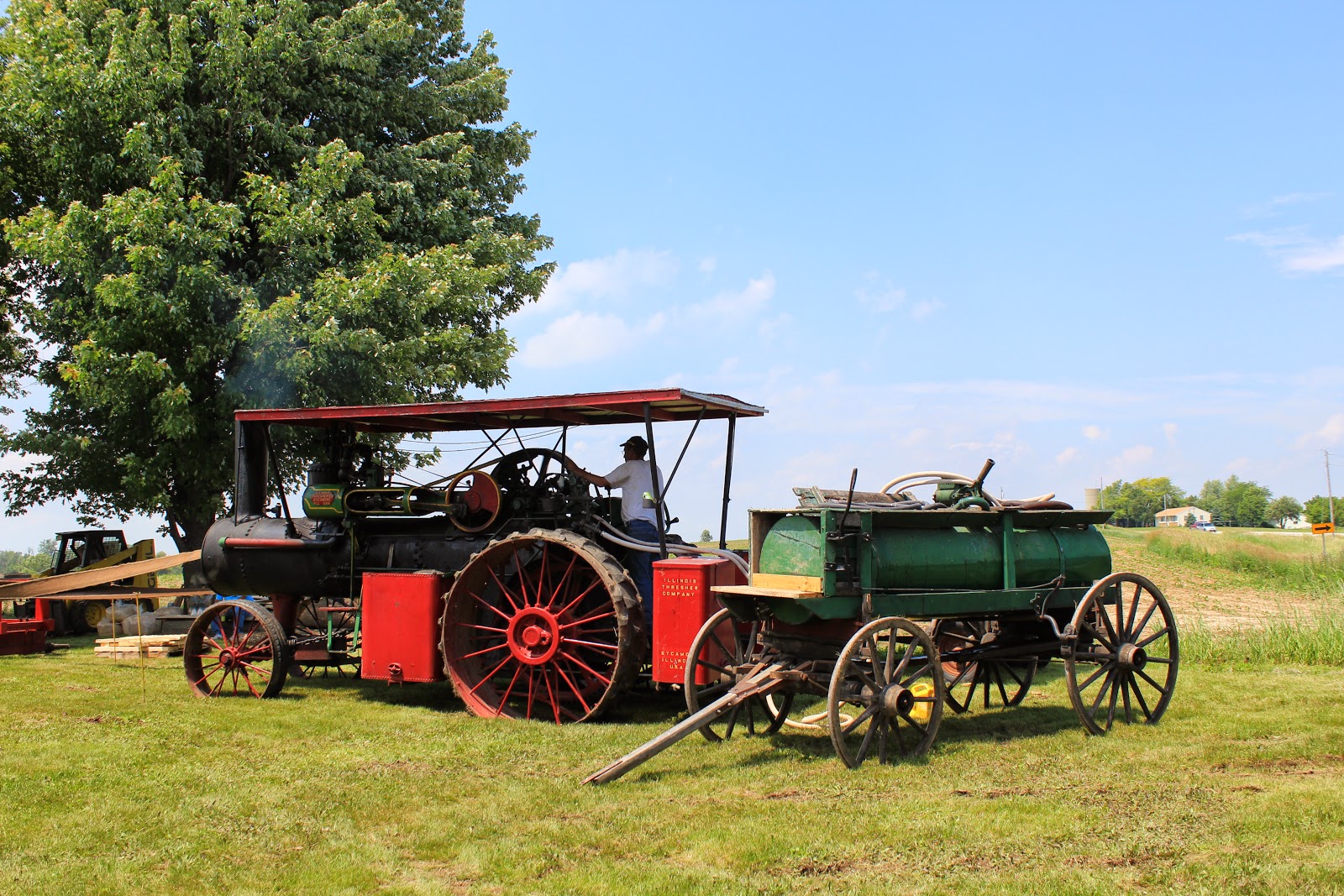 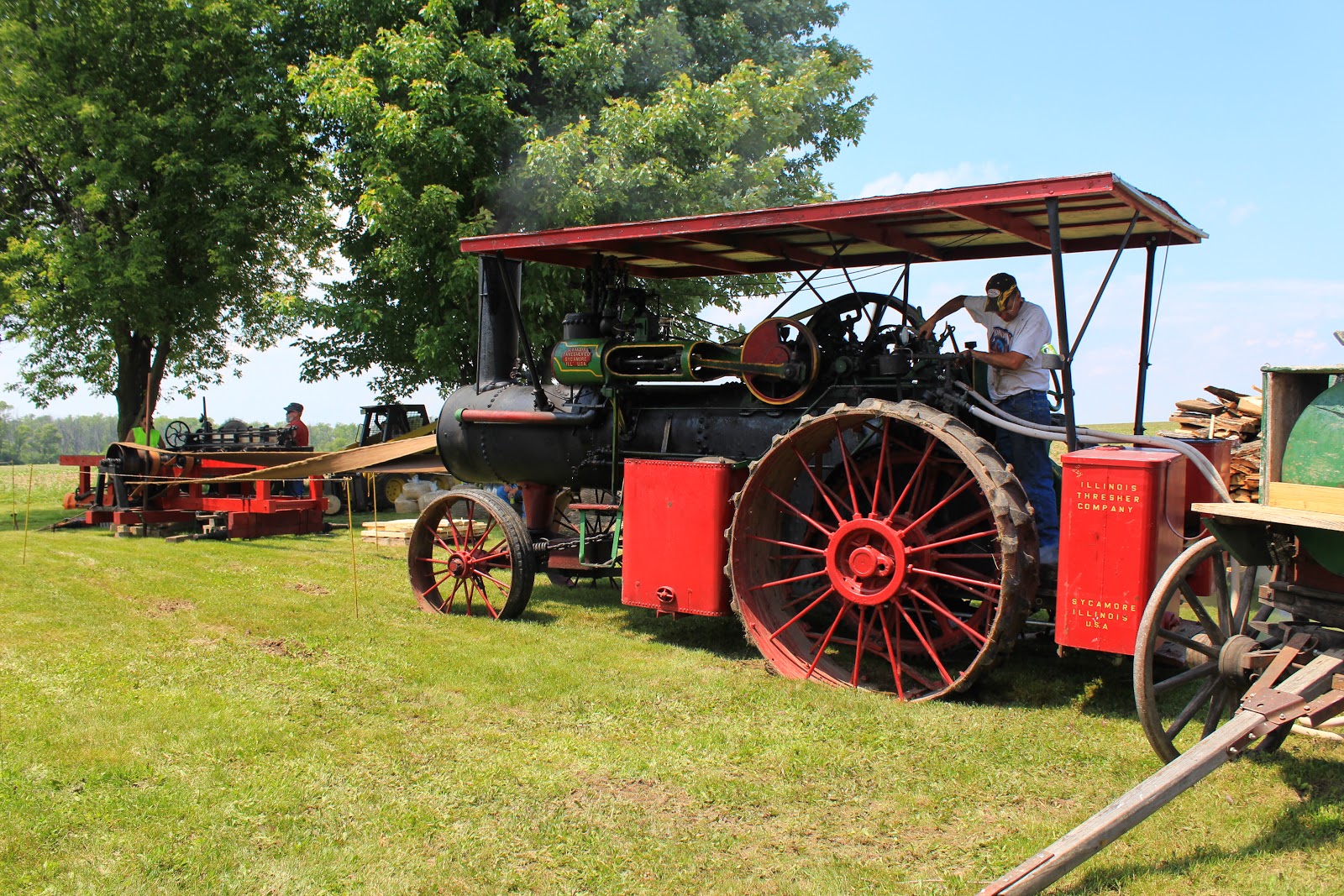 With the seam engine fired up, a belt is attached to a pulley system from
the steam engine to a mechanism that moves the carriage that holds a log,
pulling the log slowly through a rotating saw, and voilà, amidst the
loud chugging of the steam and the smell of steam, smoke and freshly-cut wood,
you've got yourself a very nice system for turning logs into boards.
This same system would be used with a thrasher.


It's a long way from Stump to the Building: Sawmilling Process in the Ozarks, by Dawne Sherrer
Bittersweet, Volume IX, No. 3, Spring 1982 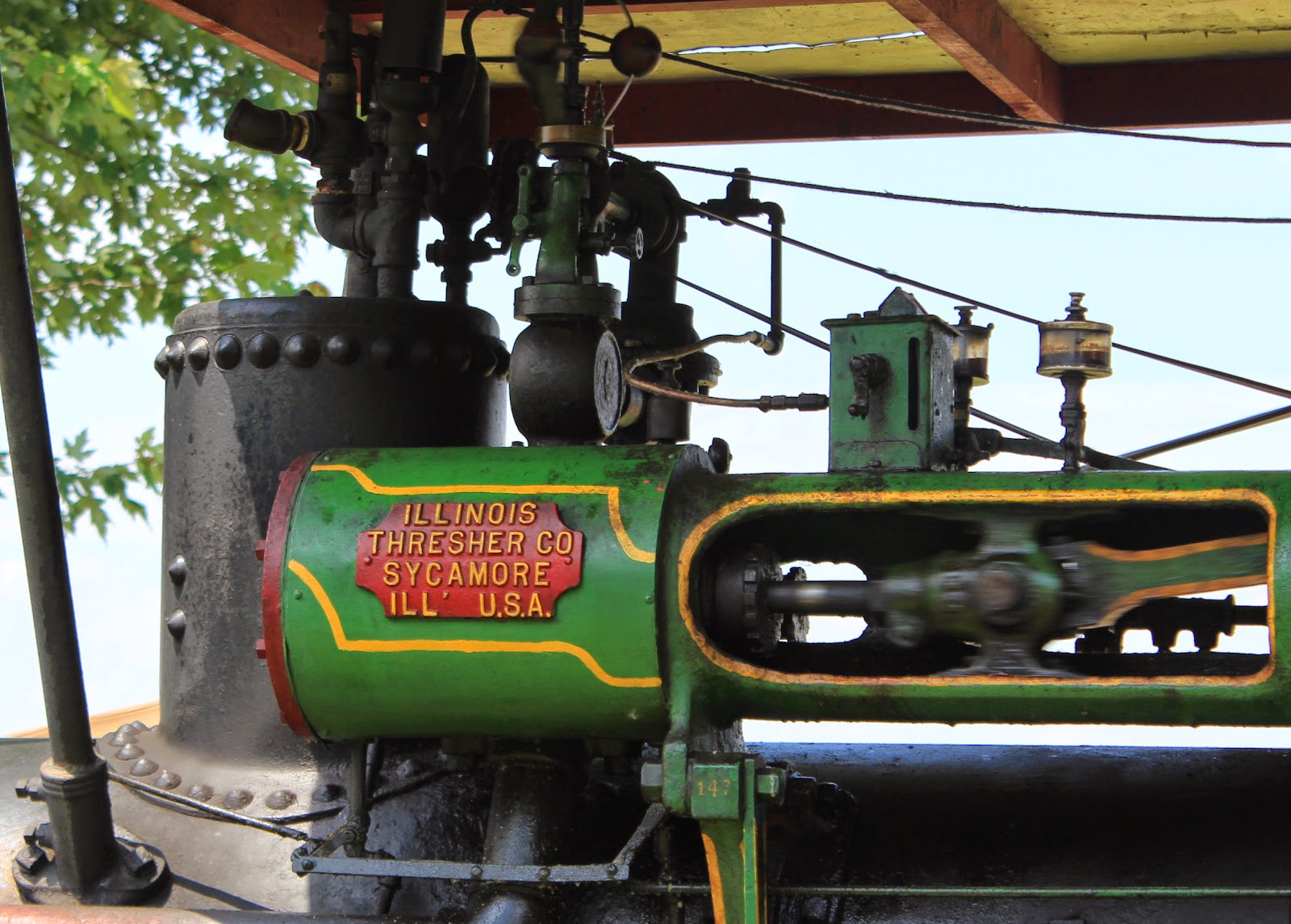 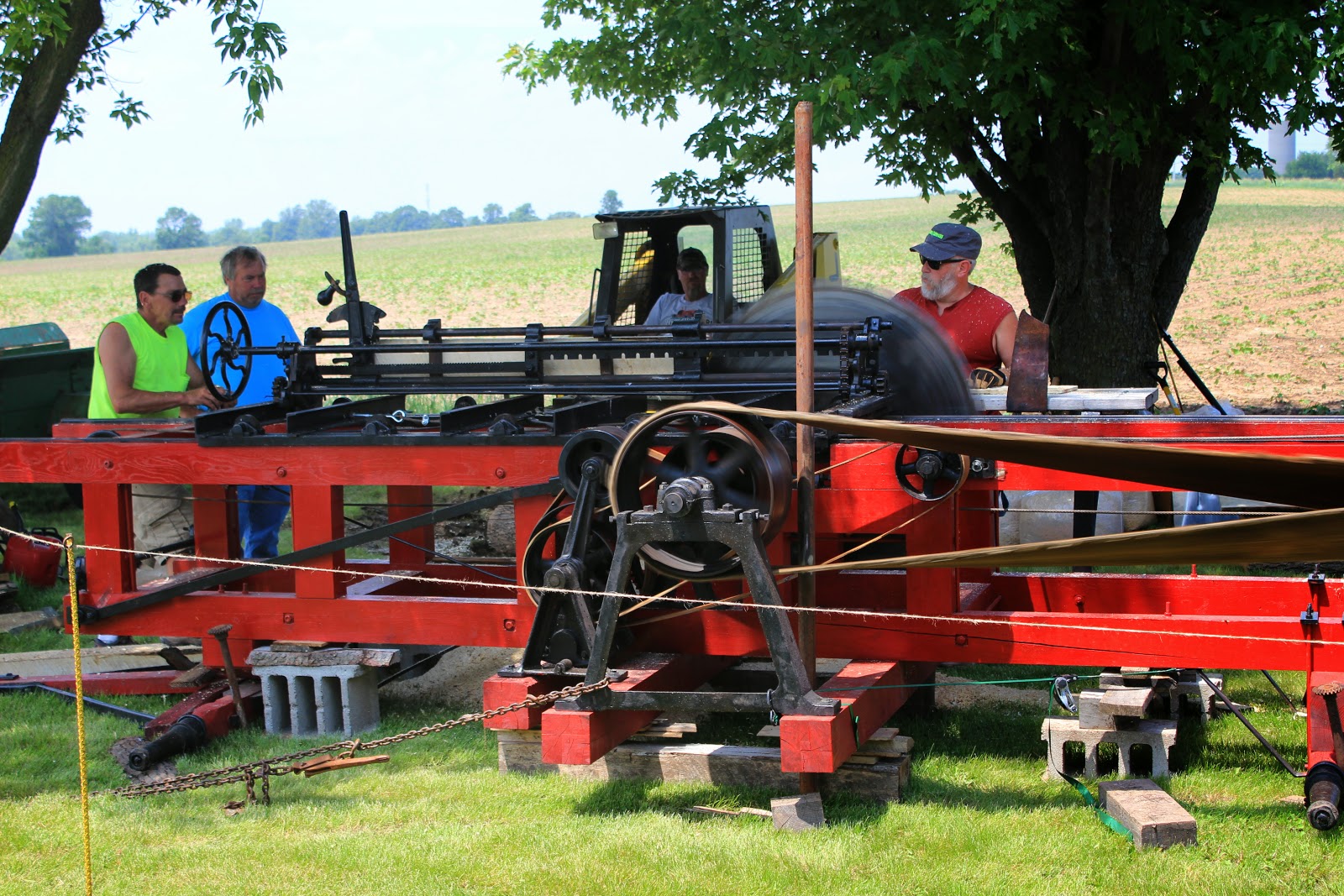 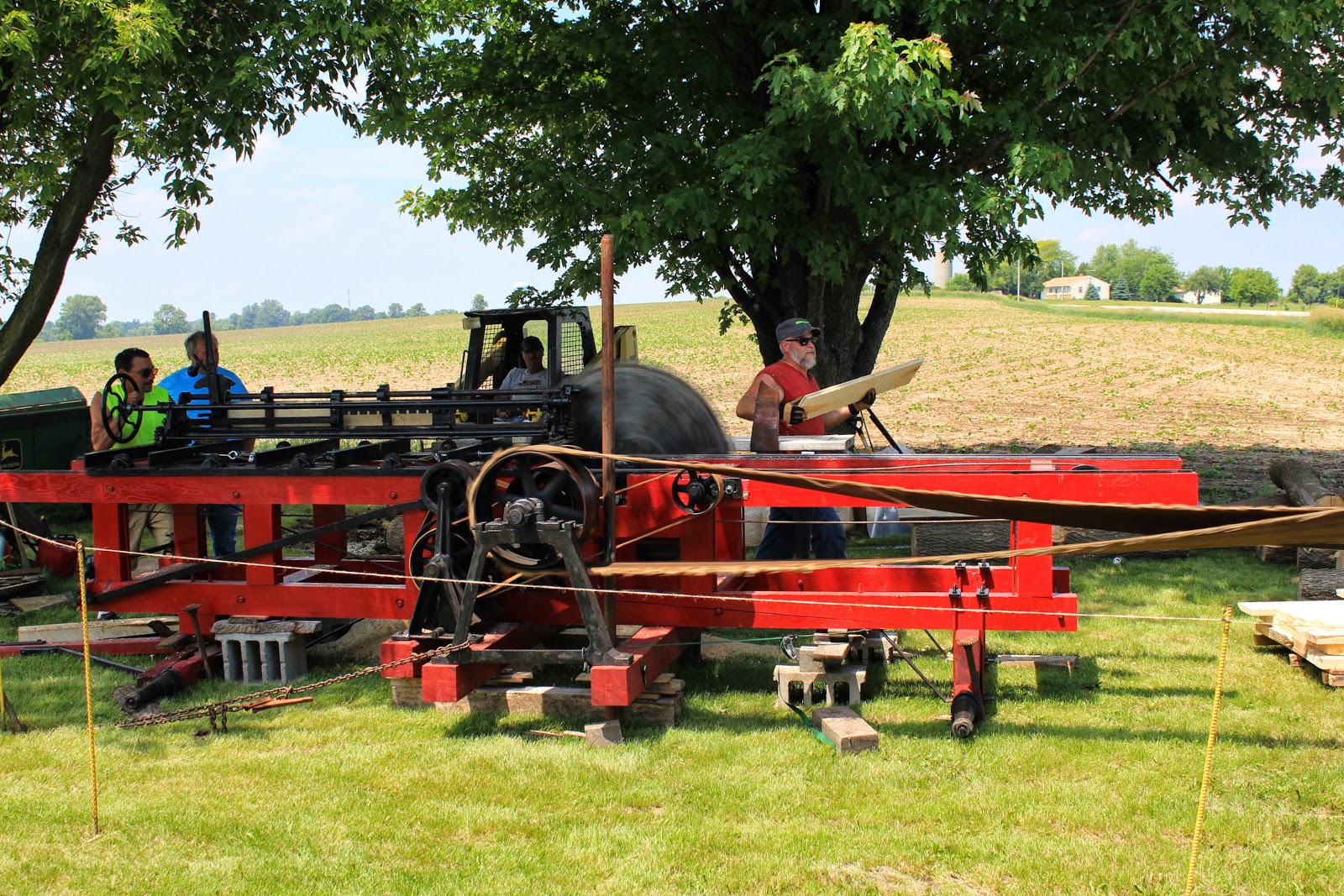 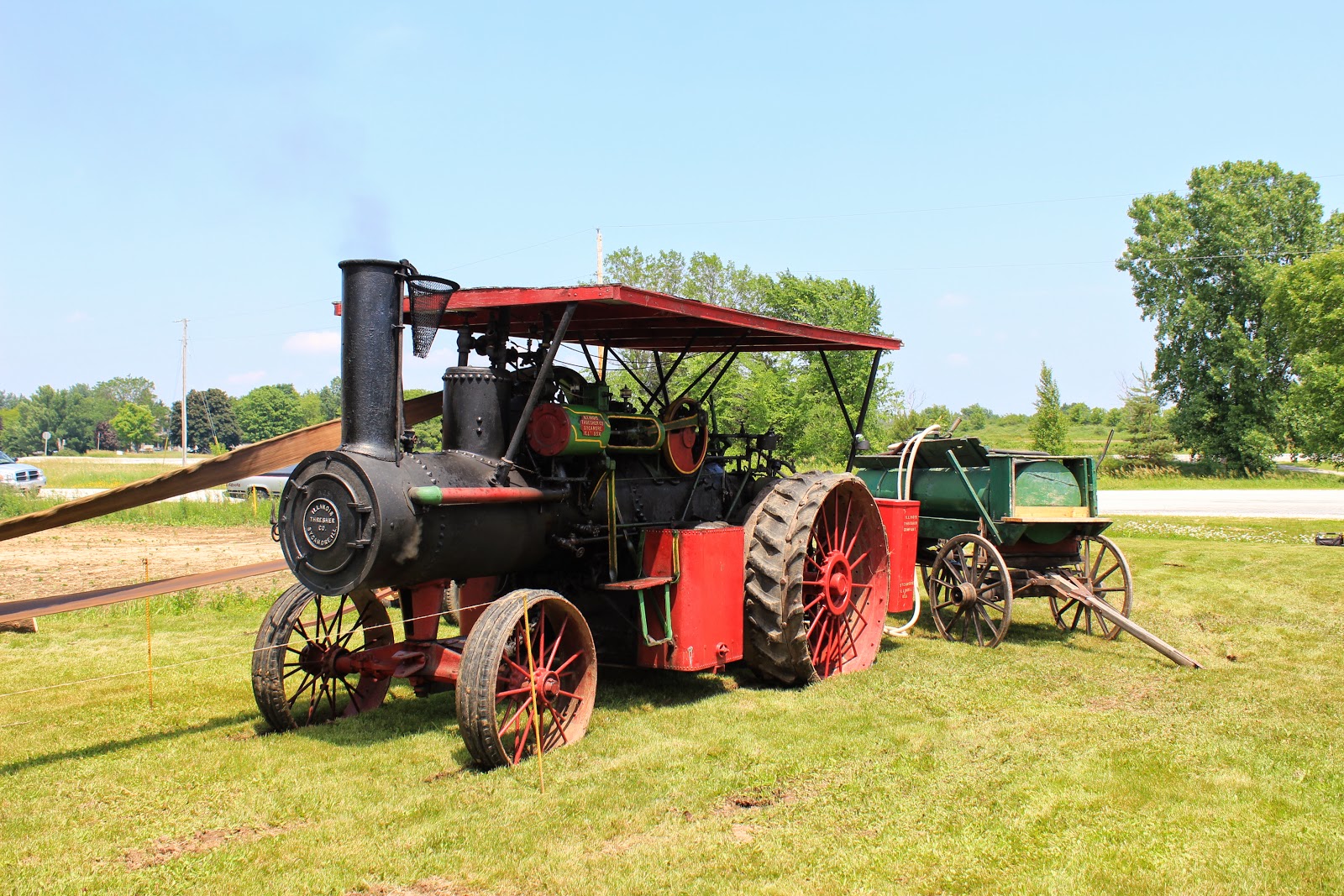 Unfortunately, I don't know more about this cool steam engine . . . 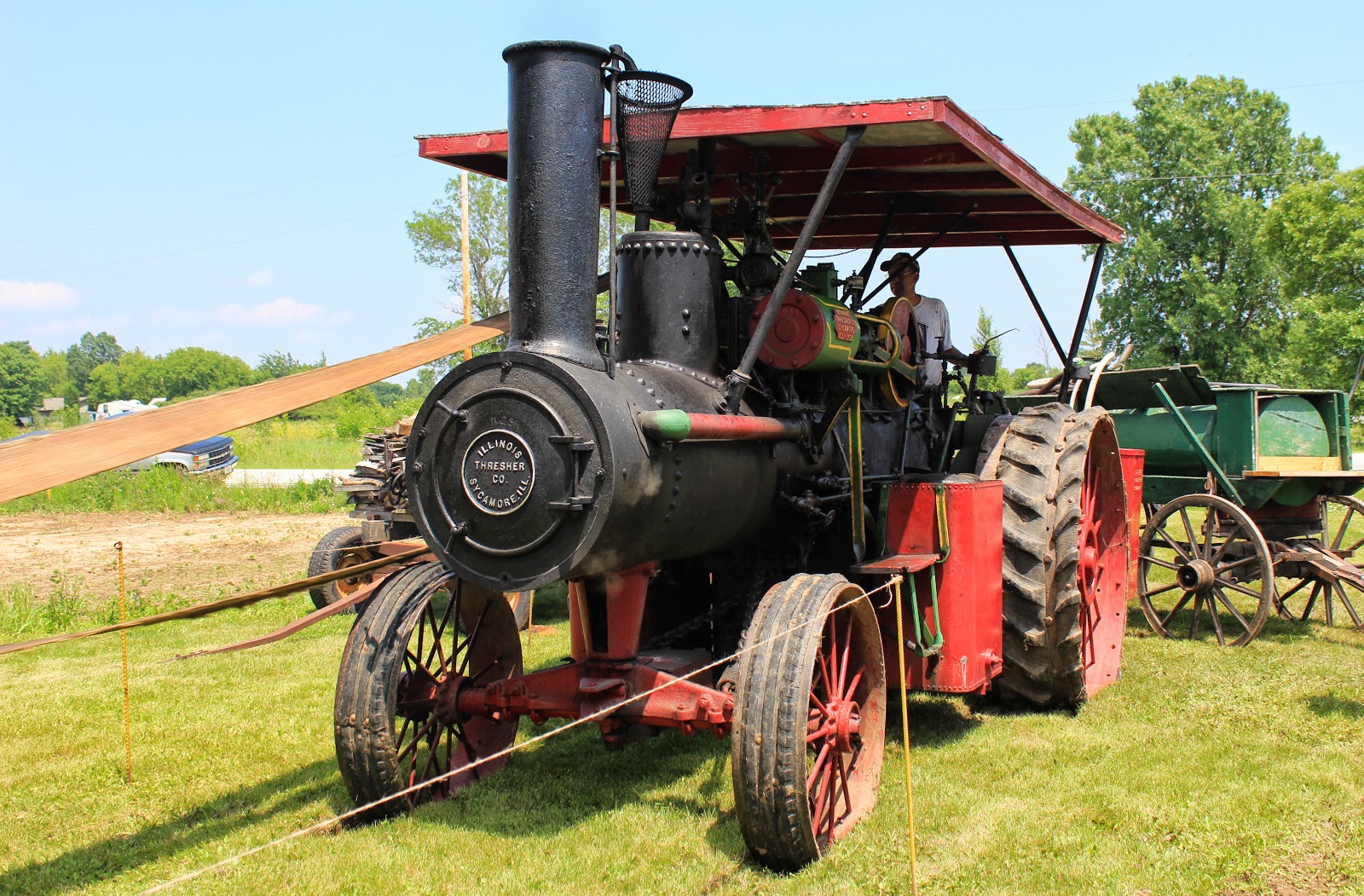 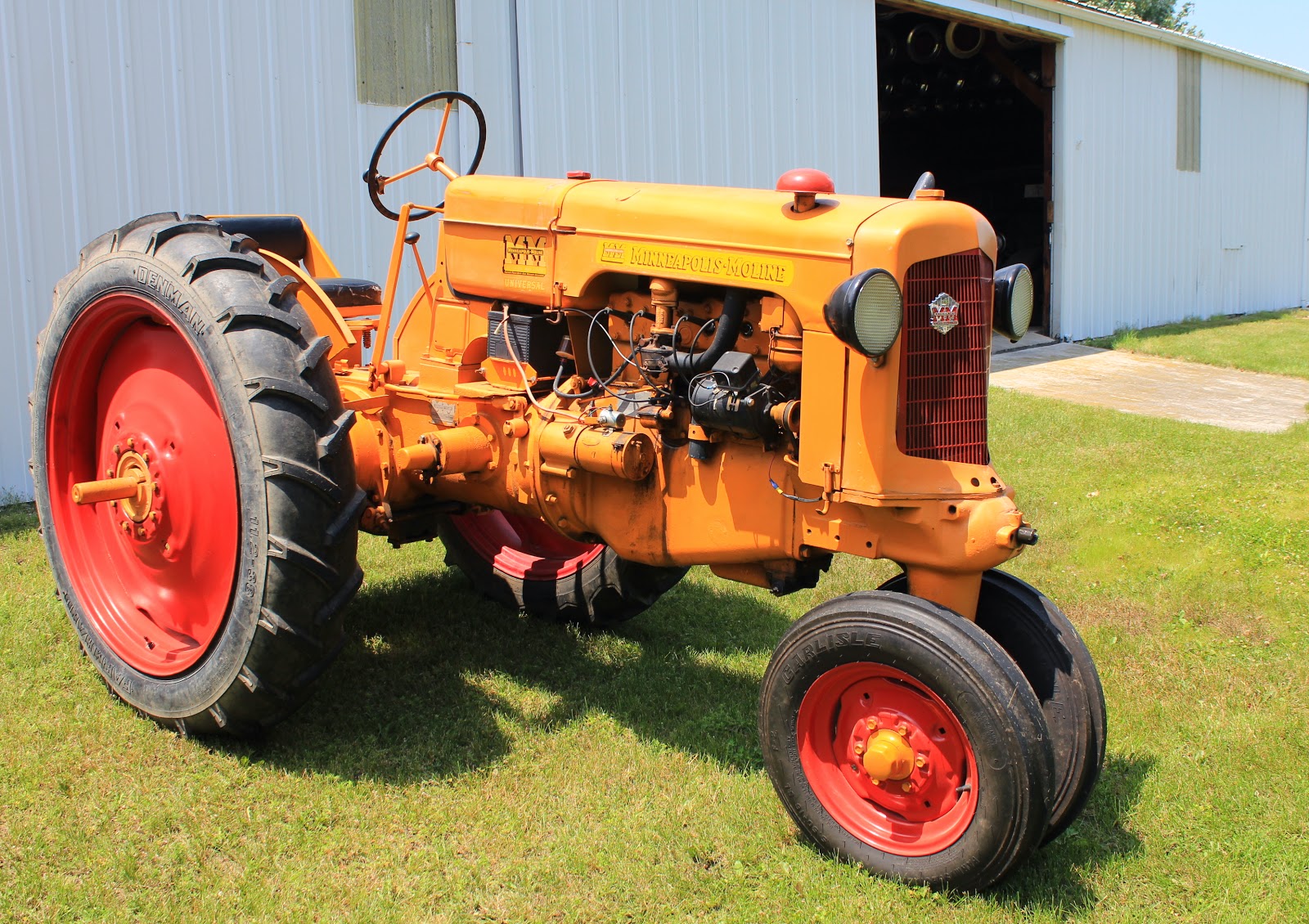 Not steam powered -- but still a lovely tractor! 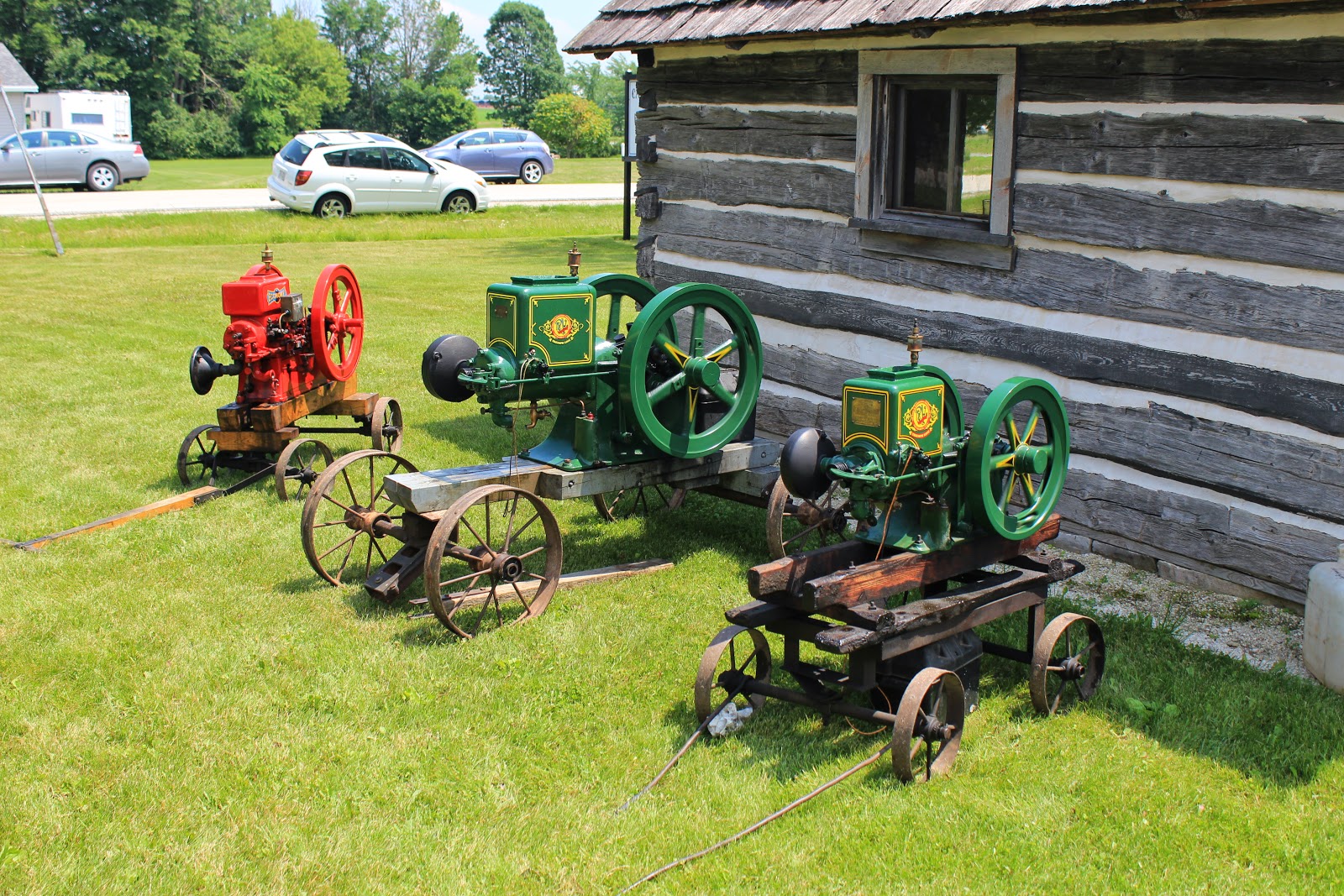 The green engines are from 1912, and the red engine from 1929. The engines are from the collection of Linda & Douglas Knuth of New London. Doug restores the engines, then displays them at antique tractor shows throughout Wisconsin. These engines are equivalent to modern-day generators. The engines were fitted with a belt attached on one end to the engine and on the other end to another piece of equipment that needed power, like a washing machine. 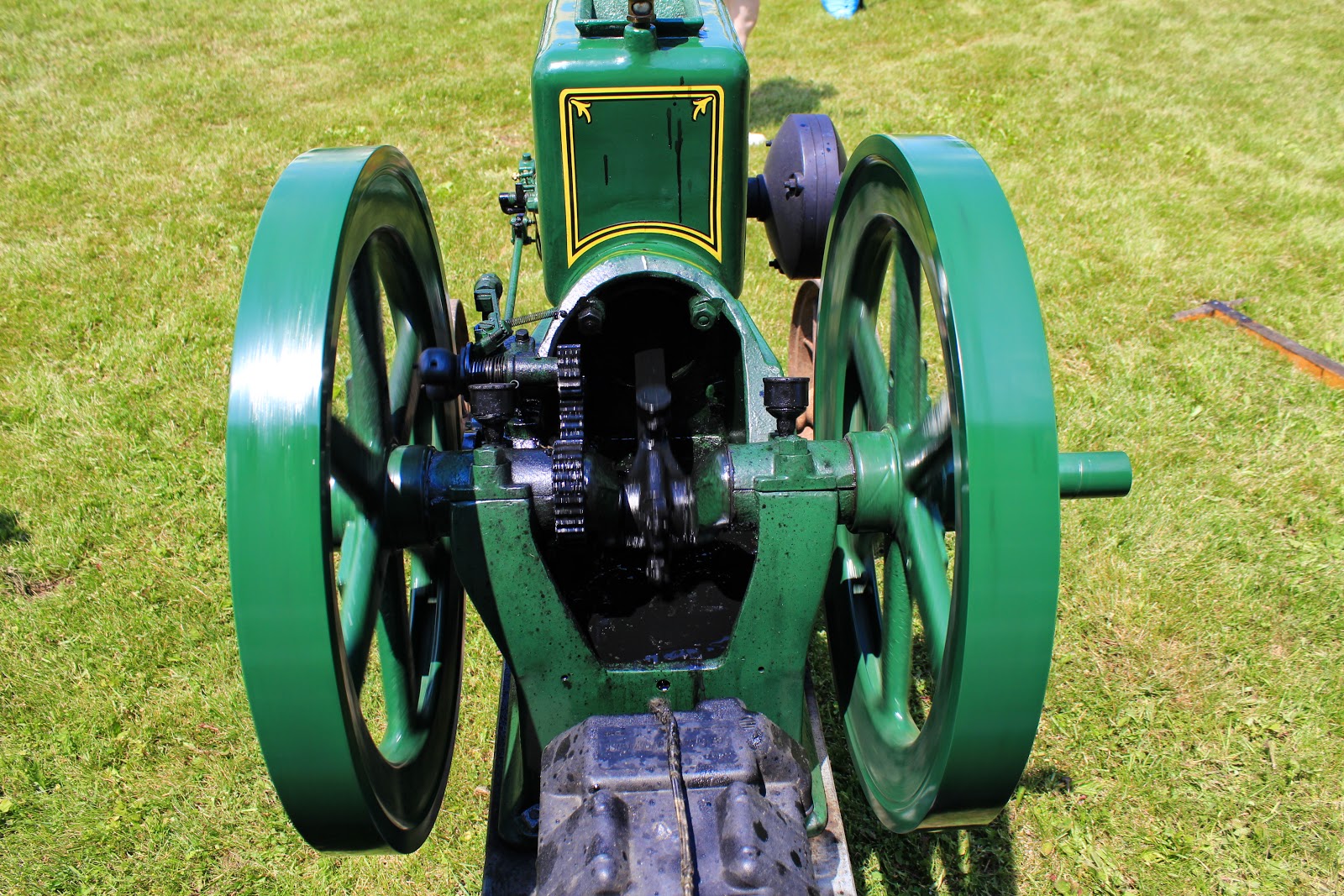 The inner-workings of the steam engine . . . 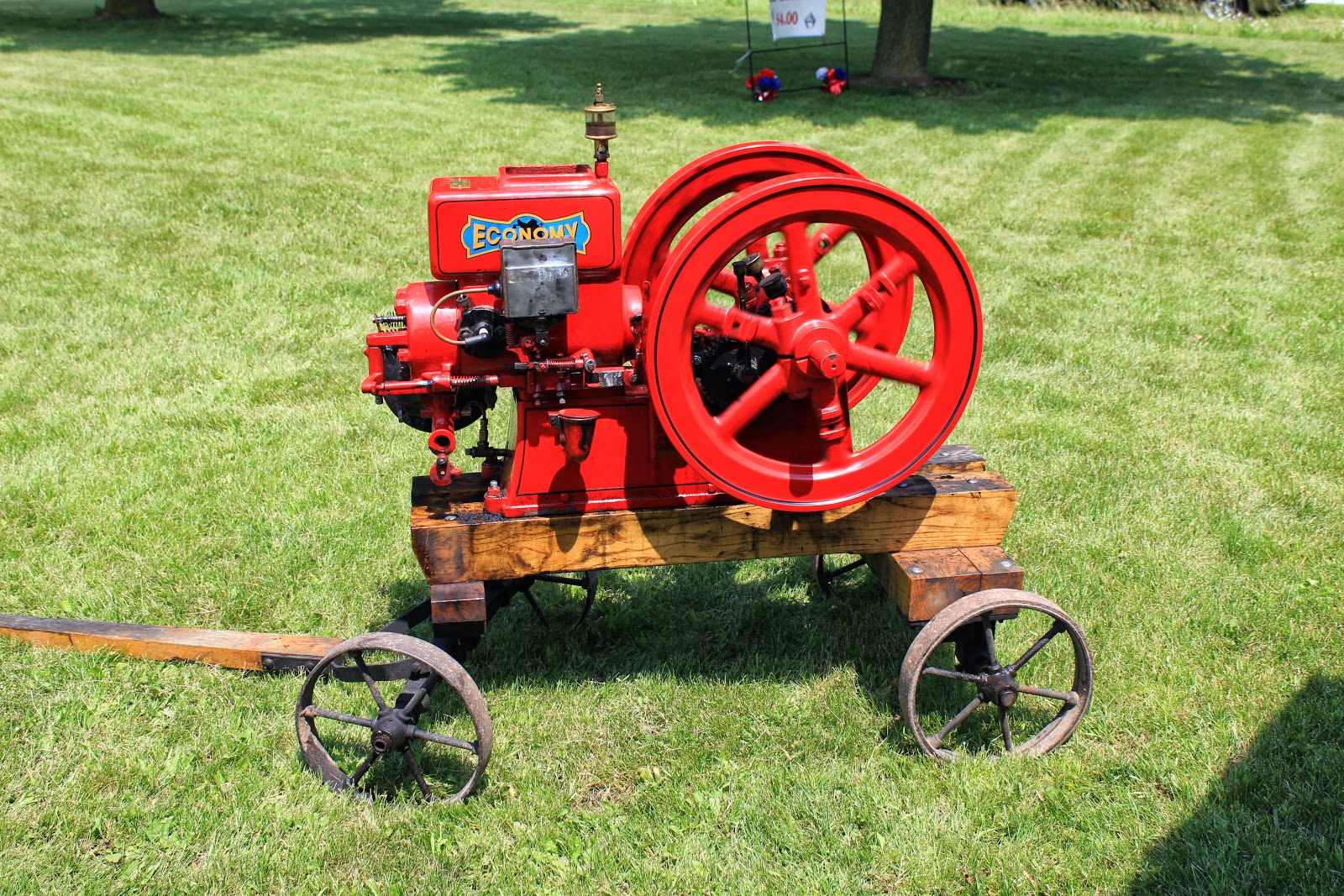 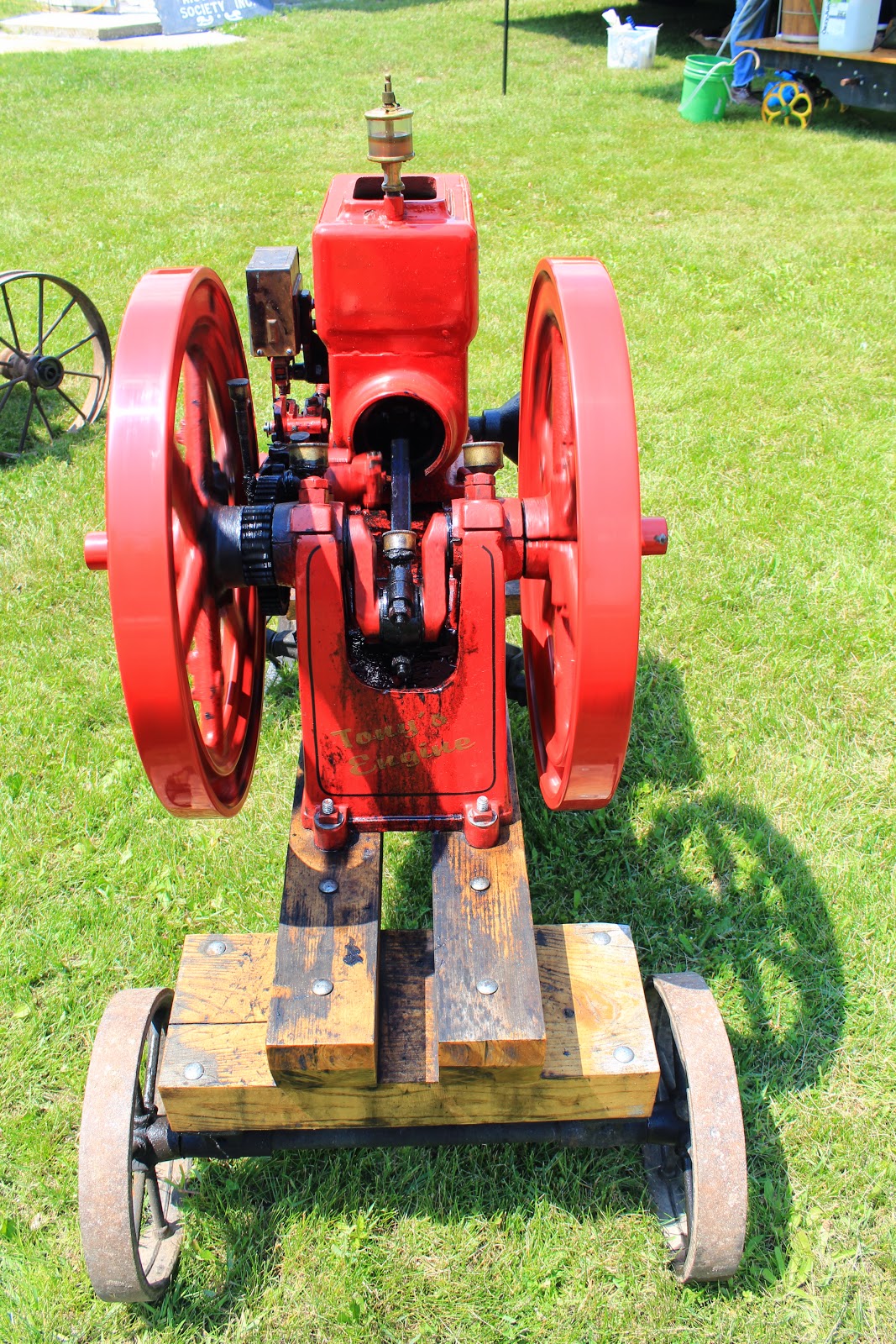 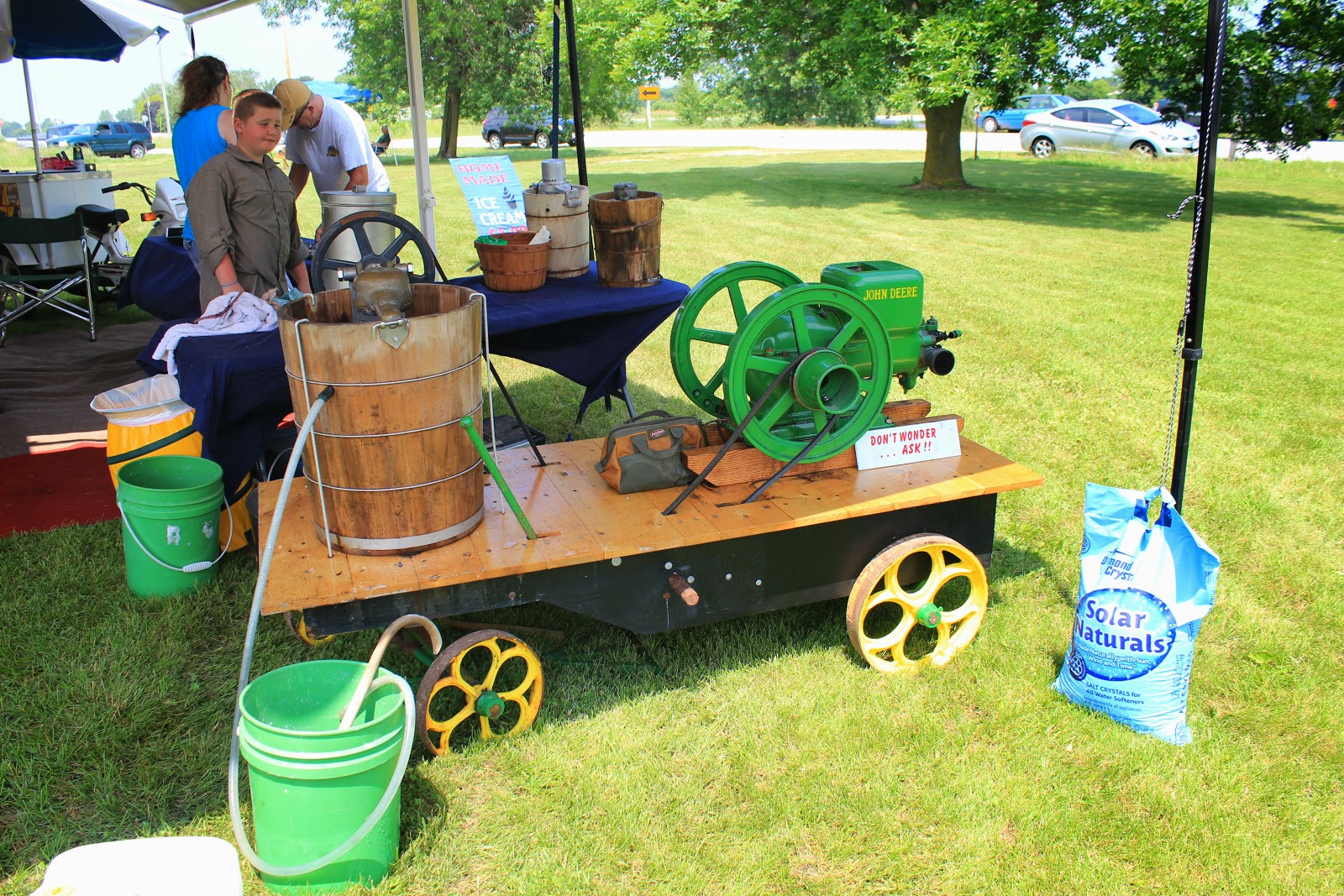 Linda & Douglas Knuth of New London
set up a steam-engine powered ice-cream making system.
The ice cream is made with 12% milk fat and freshly-picked Wisconsin strawberries.
It sold for $4.00 a serving. Yum, Yum, Yum!!! 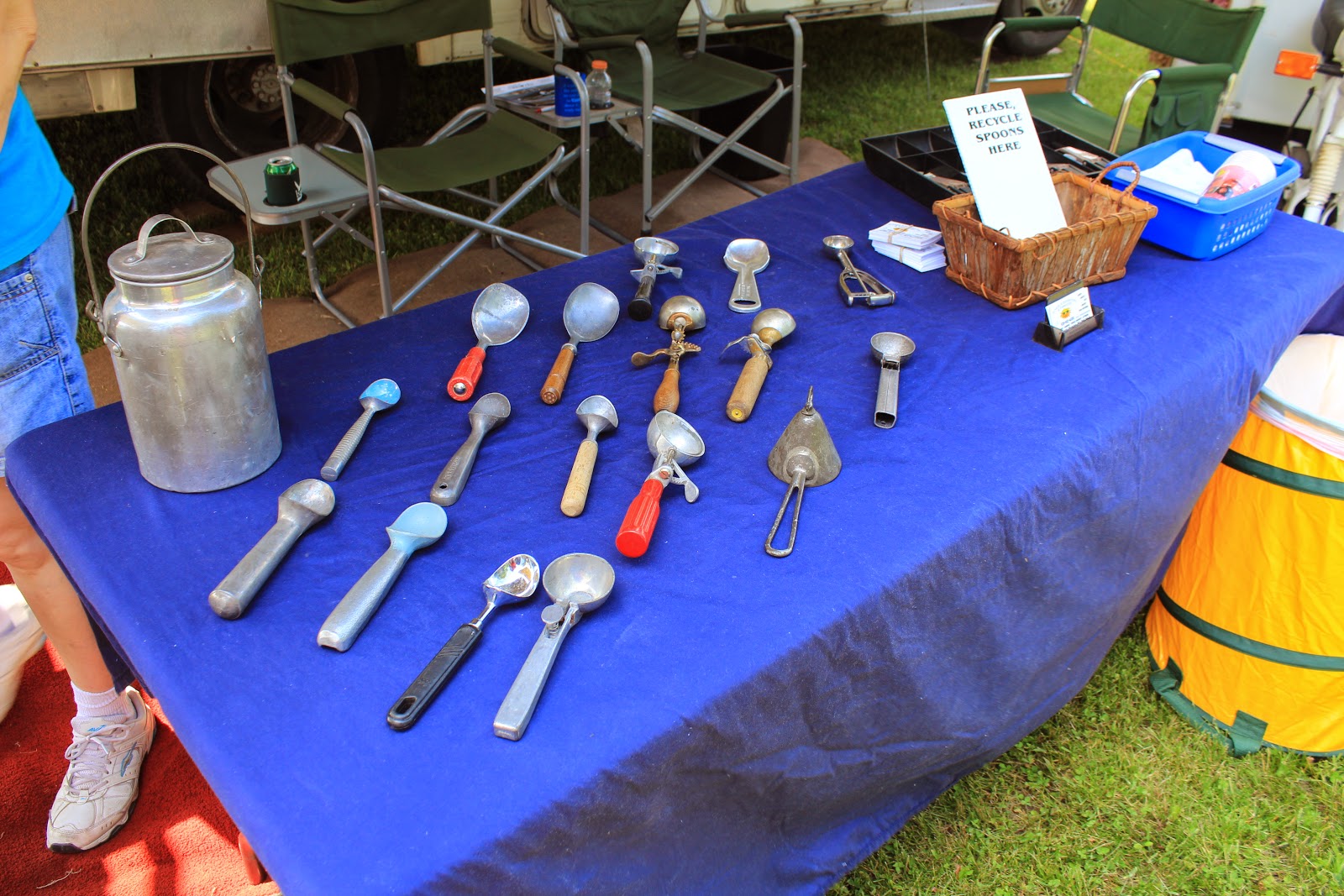 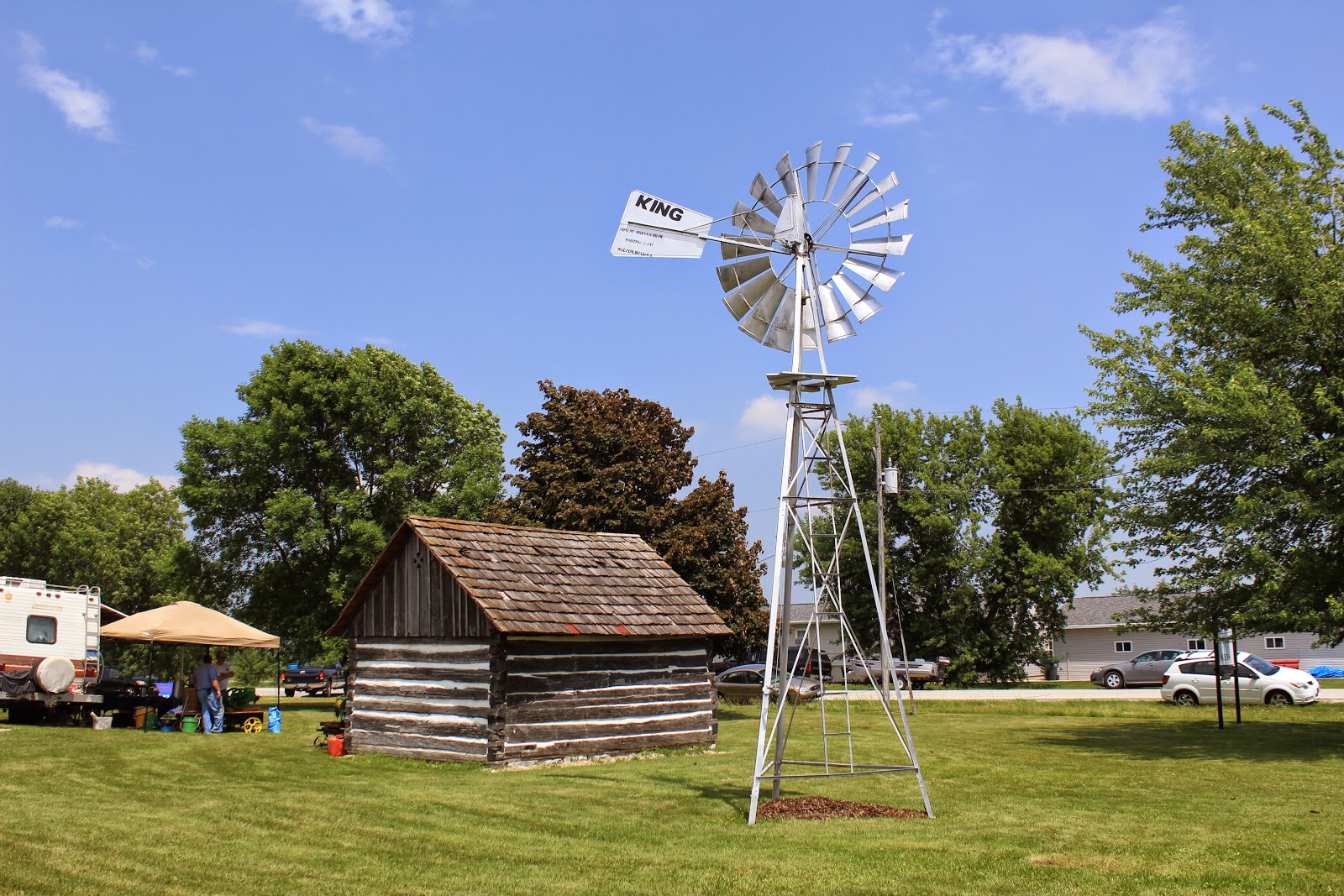 It was a beautiful day for the 1st Ever Steam Engine Show!