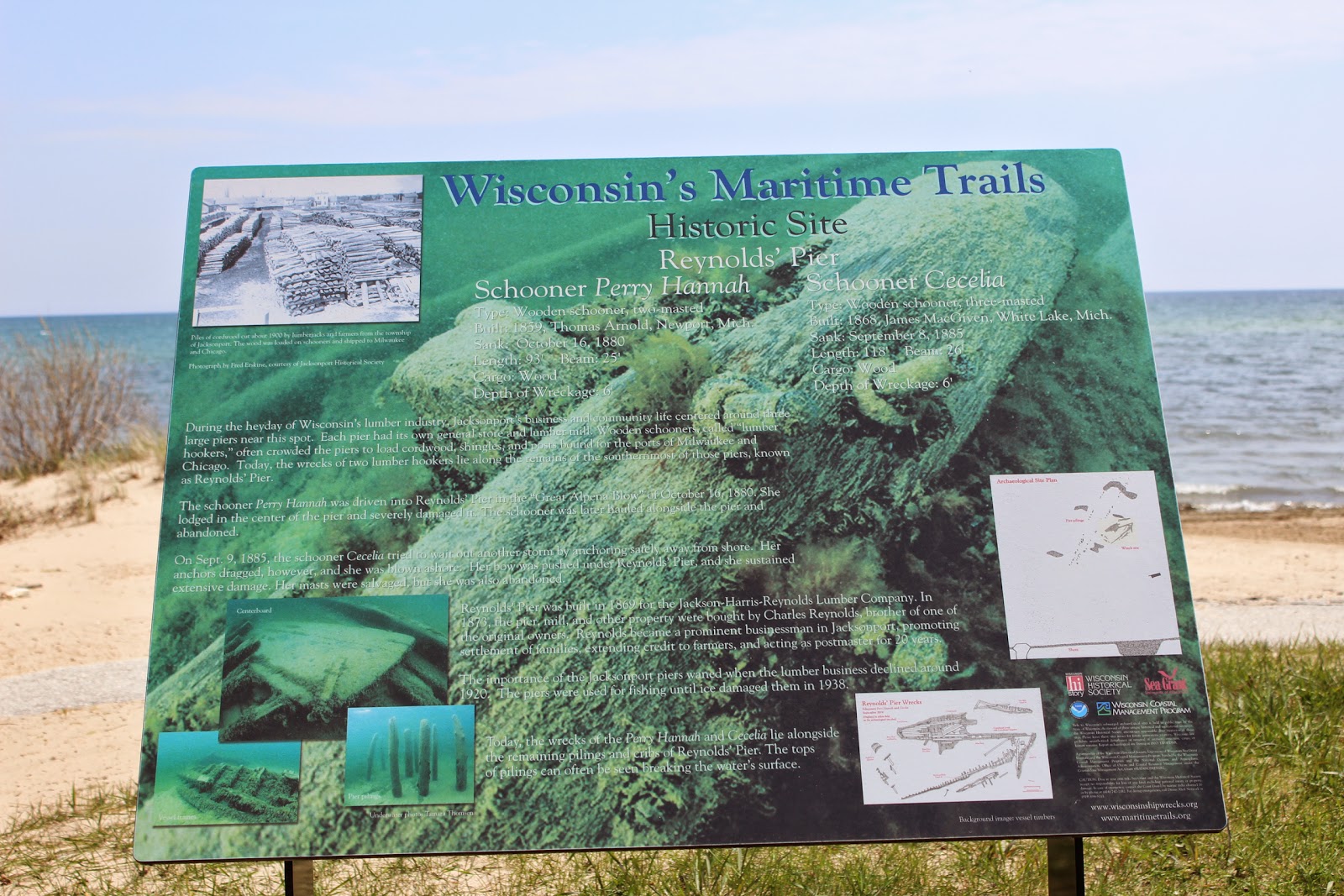 During the heyday of Wisconsin's lumber industry, Jacksonport's business and community life centered around three large piers. Each pier had its own general store and lumber mill. Wooden schooners, called 'lumber hookers,' often crowded the piers to load cordwood, shingles, and posts bound for the ports of Milwaukee and Chicago. Today, the wrecks of two lumber hookers lie along the remains of the southernmost of those piers, known as Reynolds' Pier.

The schooner Perry Hannah was driven into Reynolds' Pier in the 'Great Alpena Blow' of October 16, 1880. She lodged in the center of the pier and severely damaged it. The schooner was later hauled alongside the pier and abandoned.

On Sept. 9, 1885, the schooner Cecilia tried to wait out another storm by anchoring safely away from shore. Her anchors dragged, however, and she was blown ashore. Her bow was pushed under Reynolds' Pier, and she sustained extensive damage. Her masts were salvaged, but she was also abandoned.

Reynolds' Pier was built in 1869 for the Jackson-Harris-Reynolds Lumber Company. In 1873, the pier, mill, and other property was bought by Charles Reynolds, brother of one of the original owners. Reynolds became a prominent businessman in Jacksonport, promoting settlement of families, extending credit to farmers, and acting as postmaster for 20 years.

The importance of the Jacksonport piers waned when the lumber business declined around 1920. The piers were used for fishing u ntil ice damaged them in 1938.

Today, wrecks of the Perry Hannah and Cecelia lie alongside the remaining pilings and cribs of Reynolds' Pier. The tops of pilings can often be seen breaking the water's surface.

The marker is located at Lakeside Park on the southeast corner of the intersection of Wisconsin Highway 57 and County Road V, Jacksonport (Sturgeon Bay), Wisconsin 54235.

NOTE: The marker is located alongside the Lake Michigan shoreline. Park in the parking lot accessible off eastbound County Road V (see GPS coordinates above) and follow the pathway to the marker location. 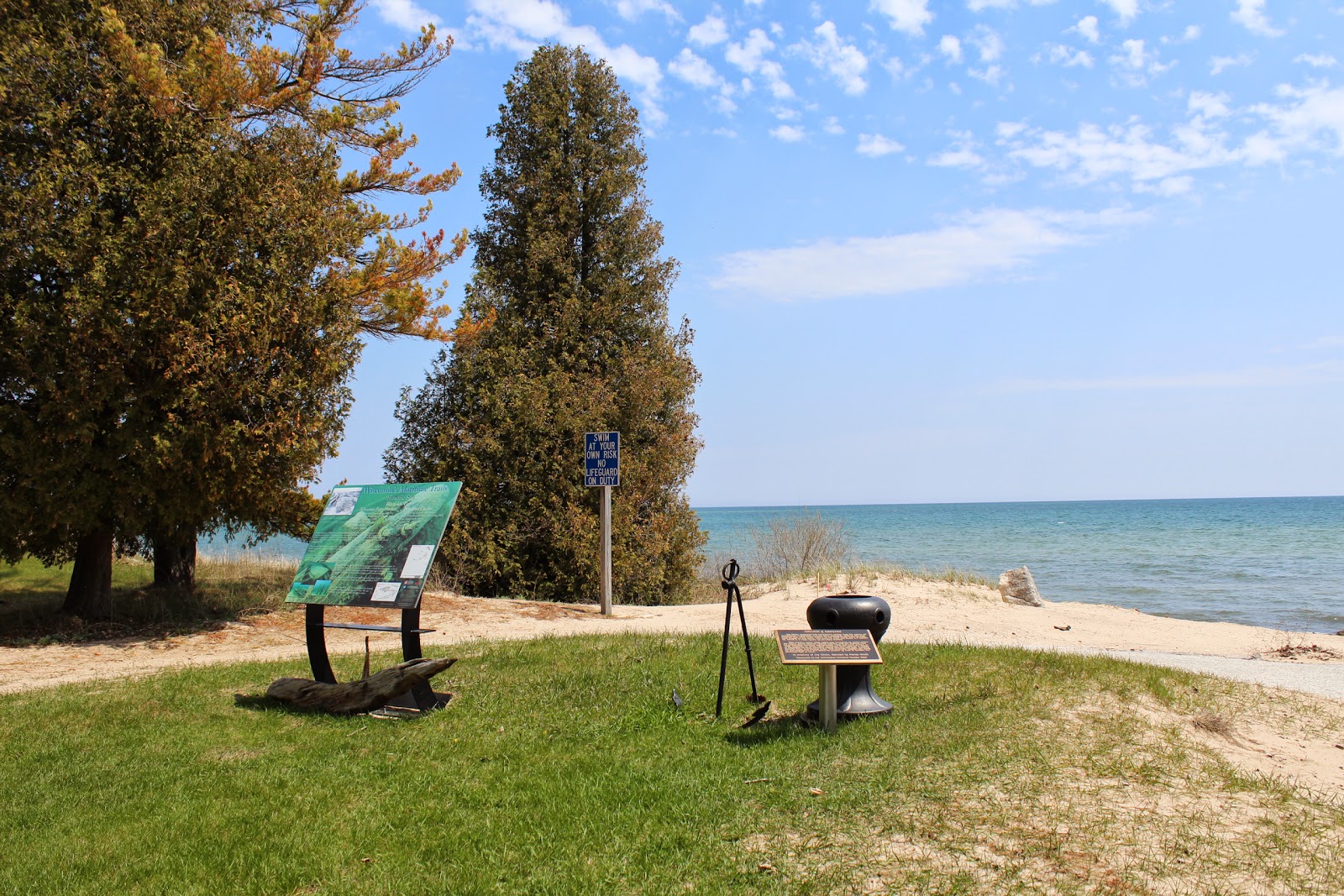 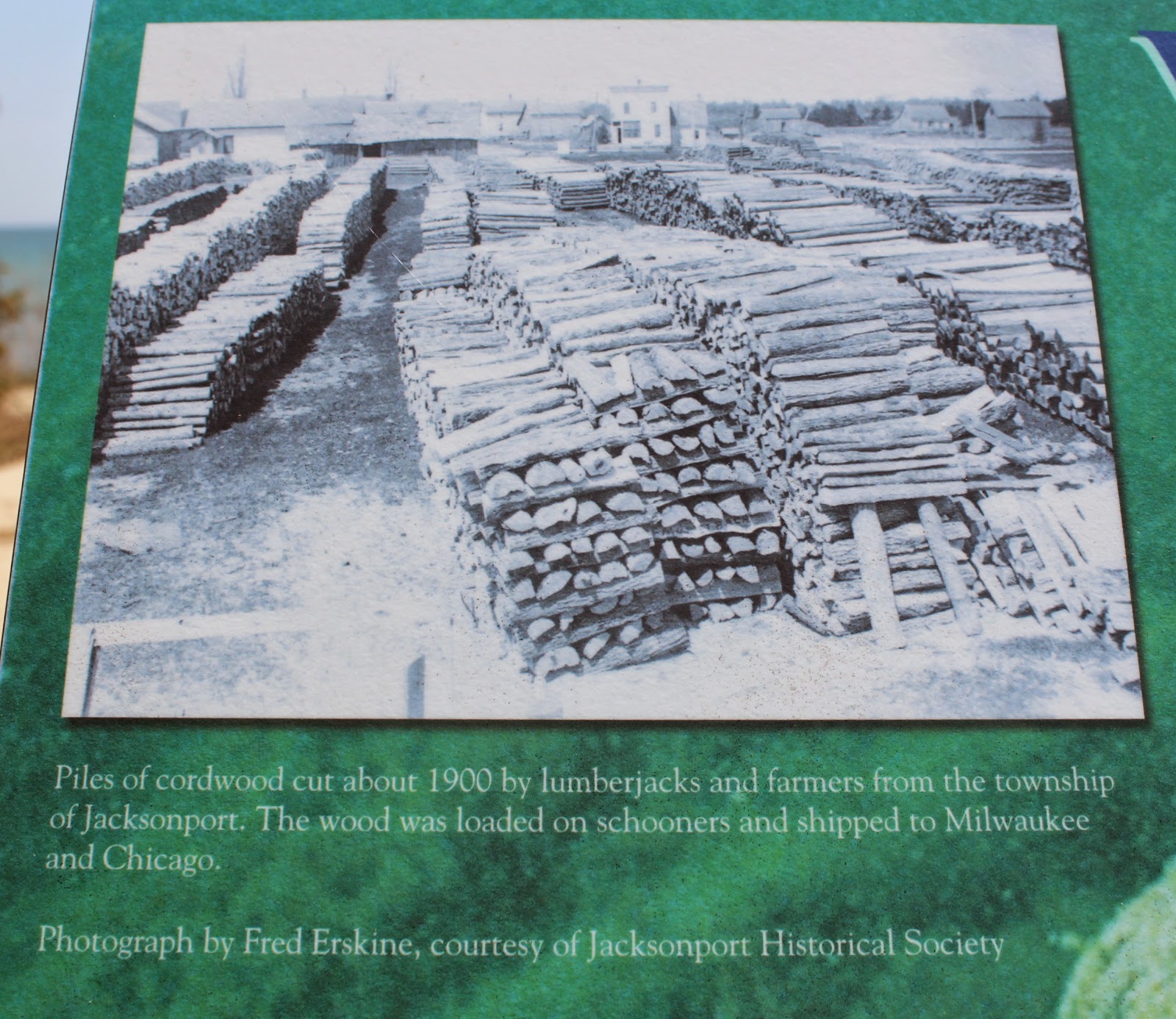 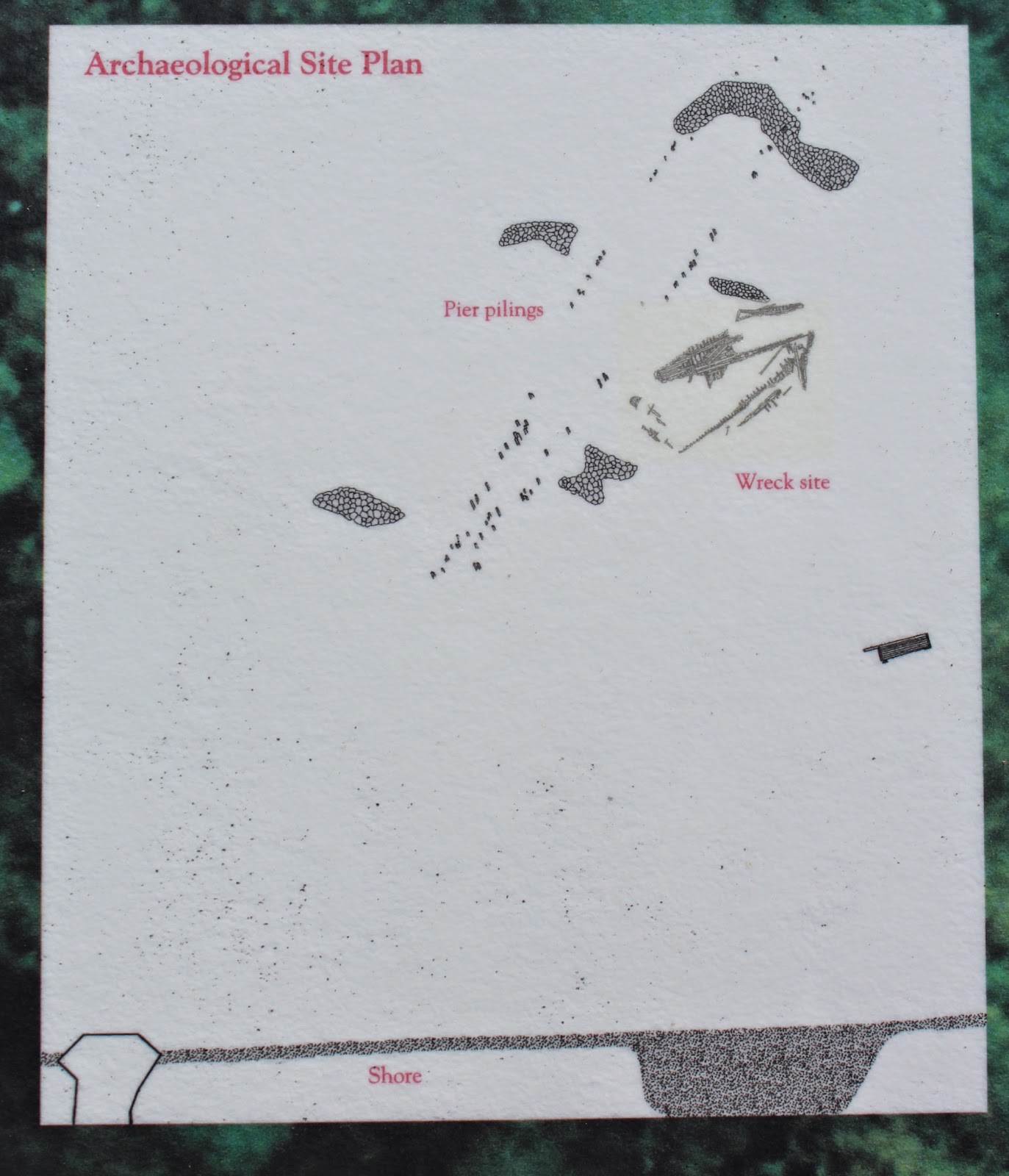 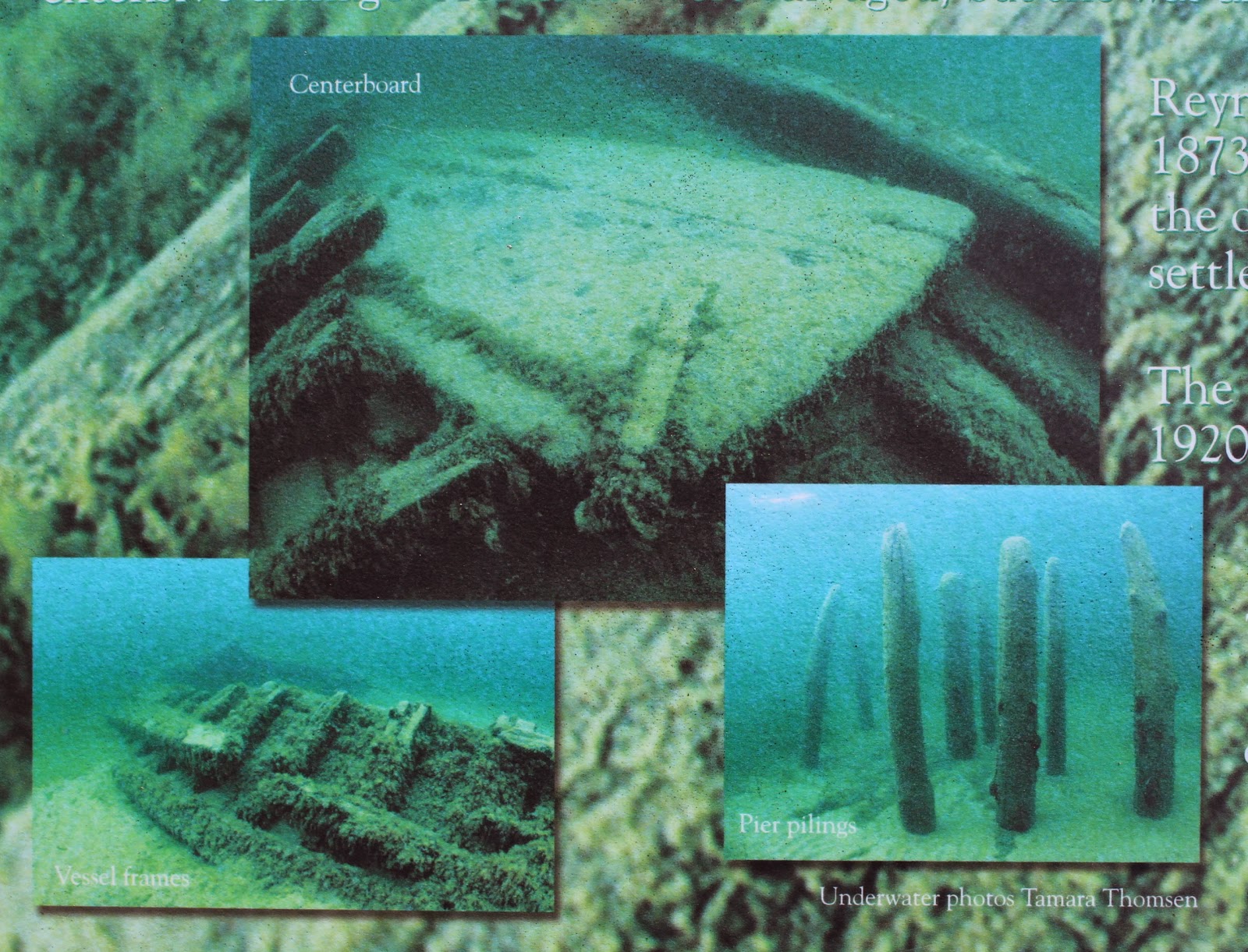 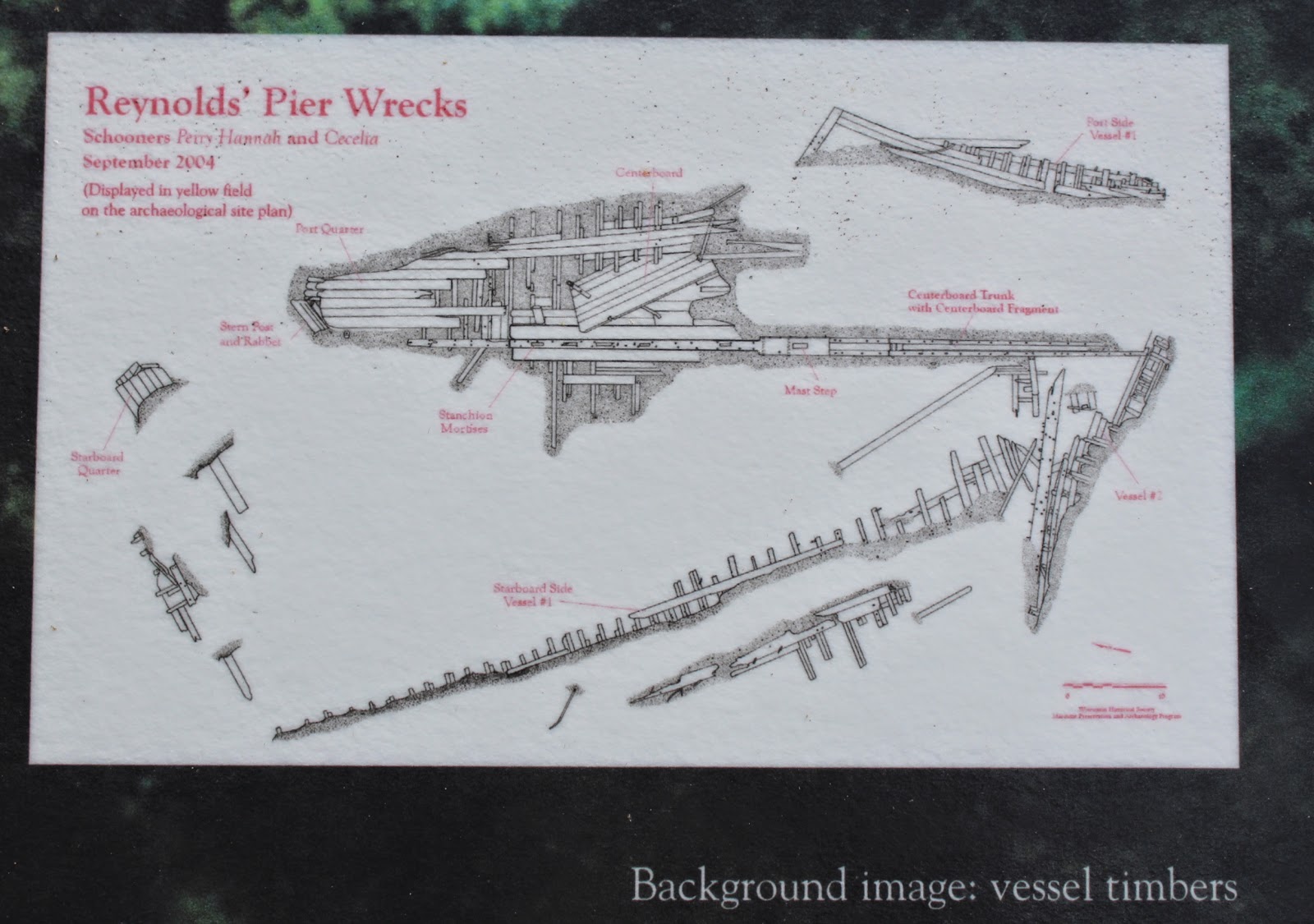 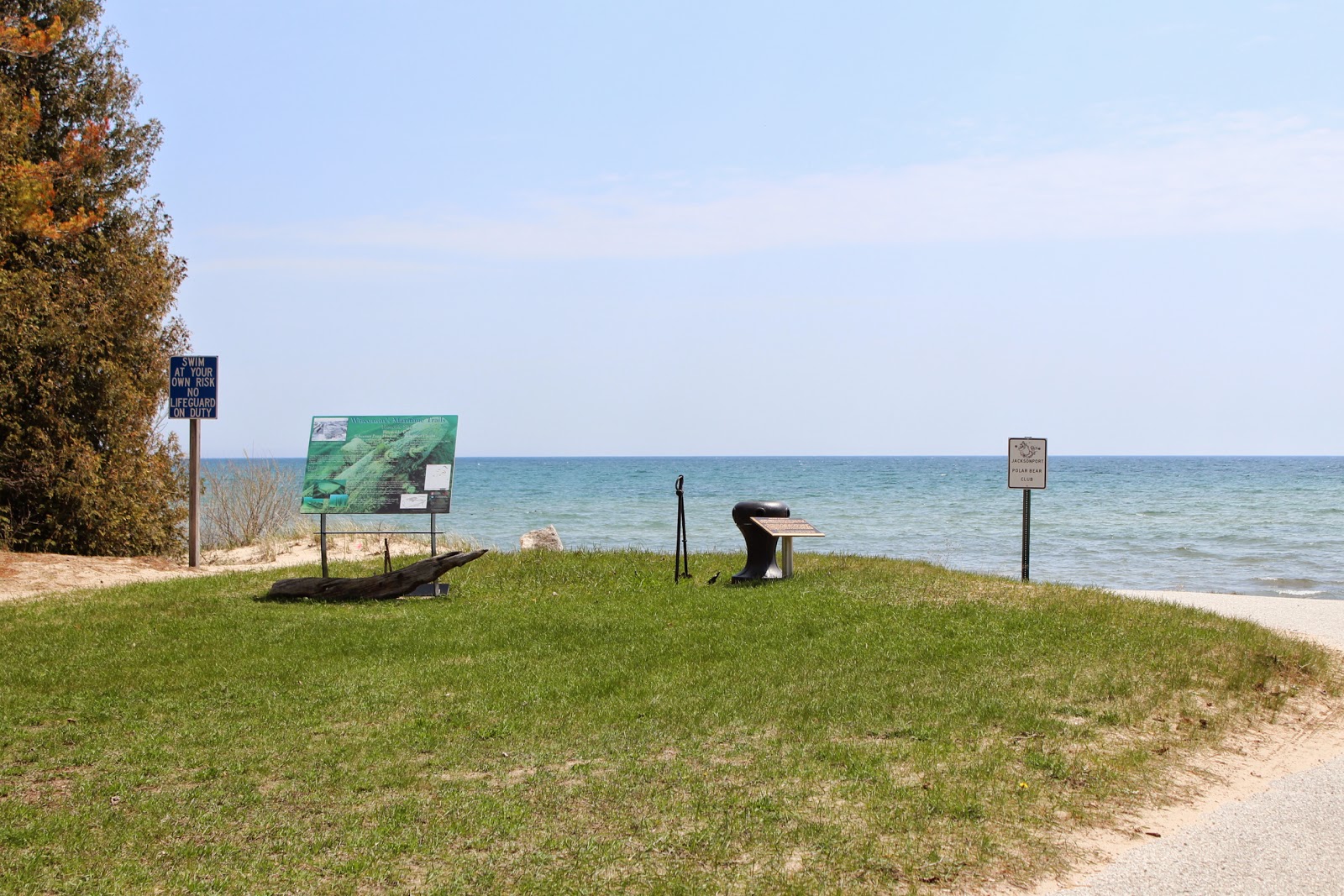 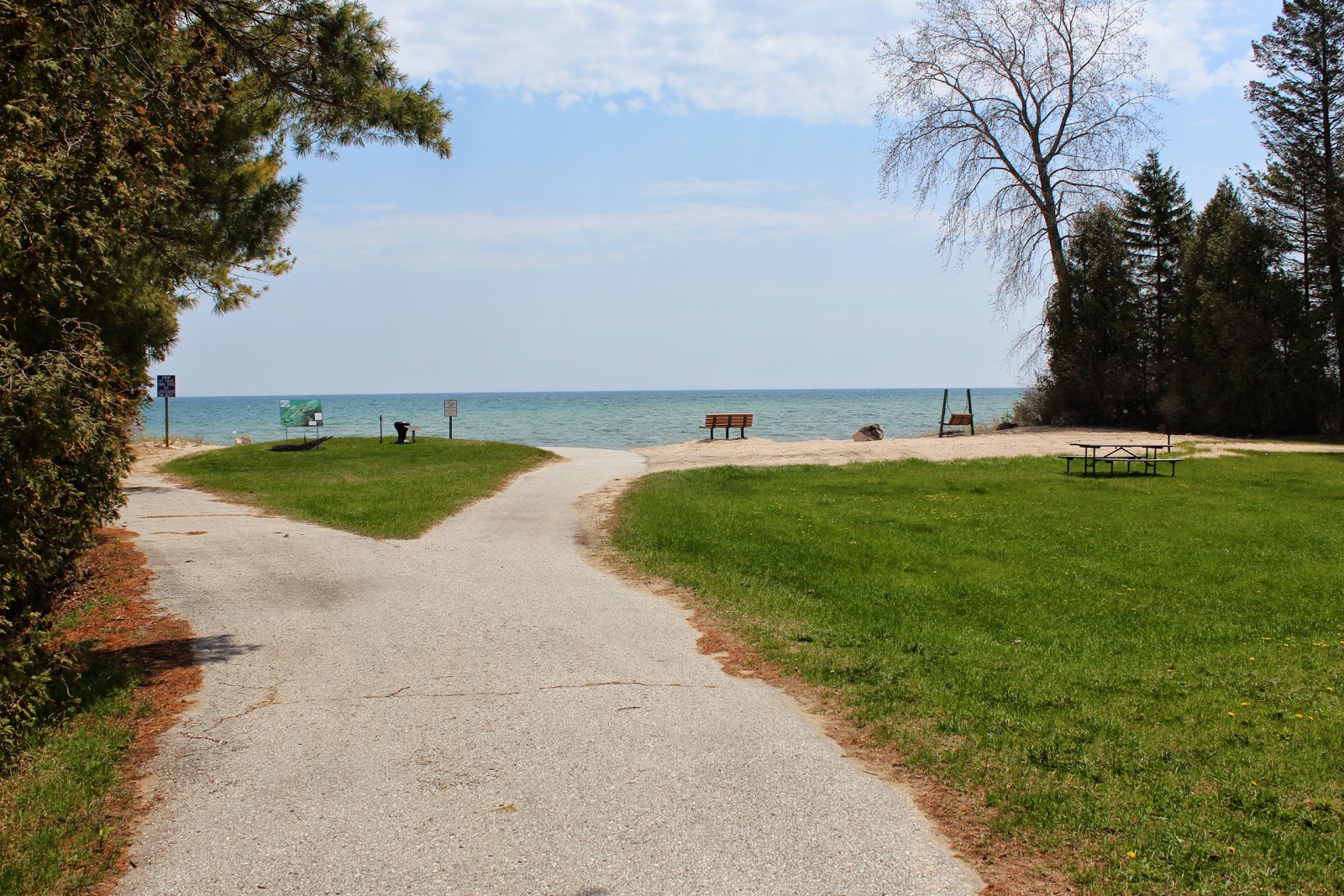 The pathway from the parking lot to the marker location. 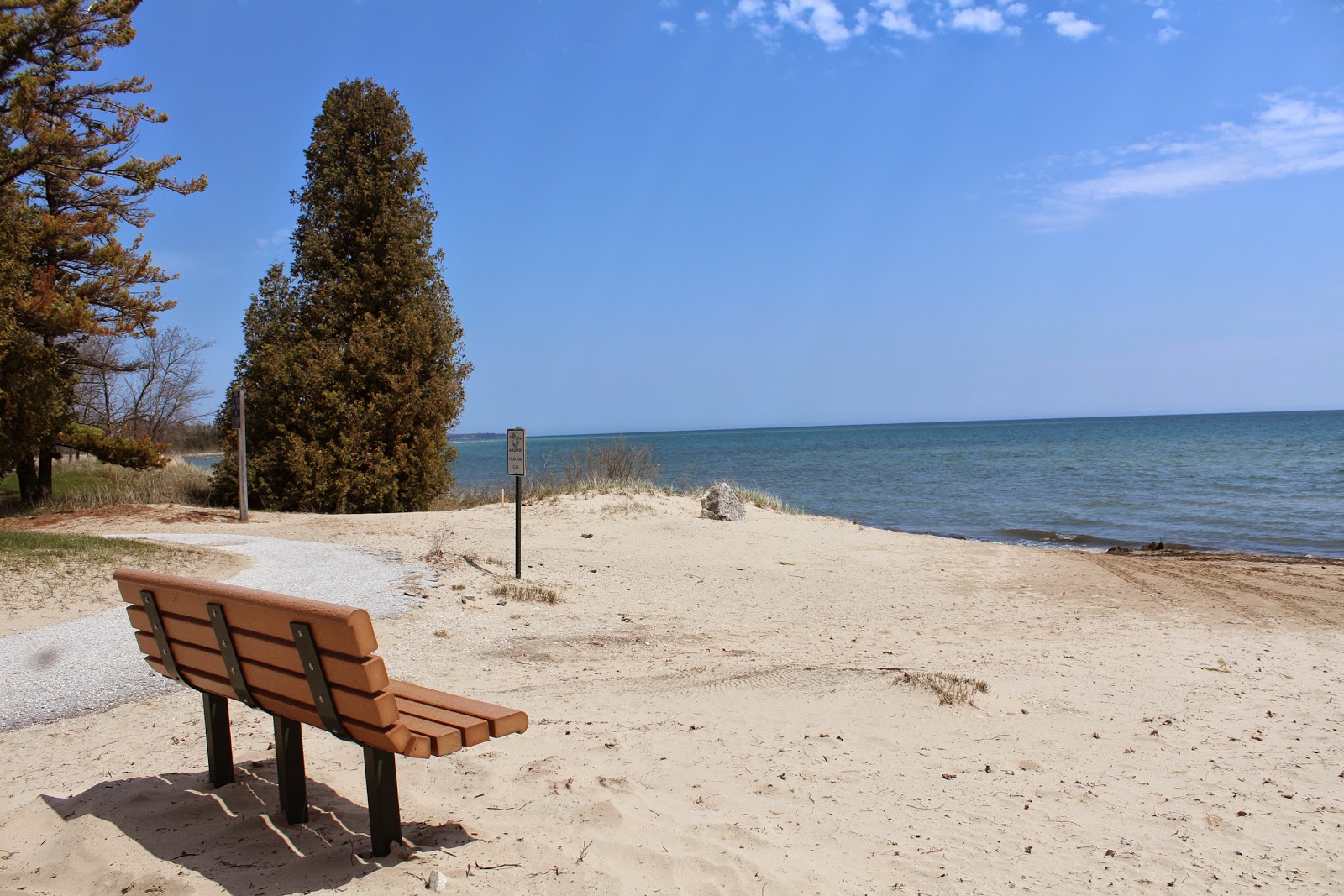 Revisited October 19, 2017
(There's been some new landscaping and a boardwalk added) 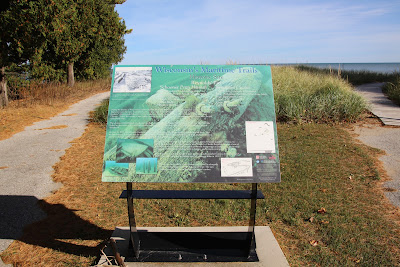 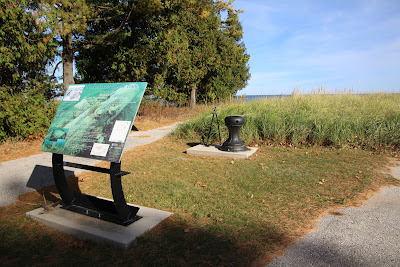 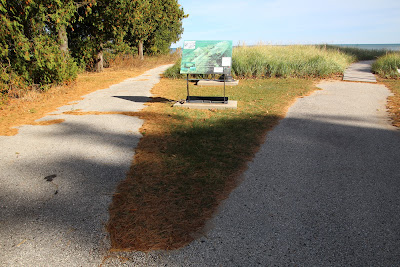 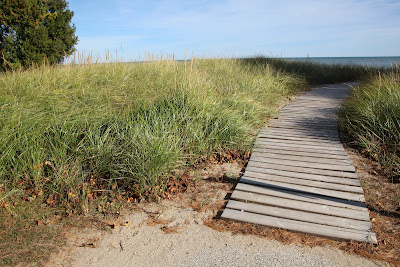 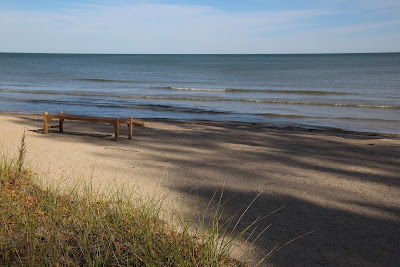 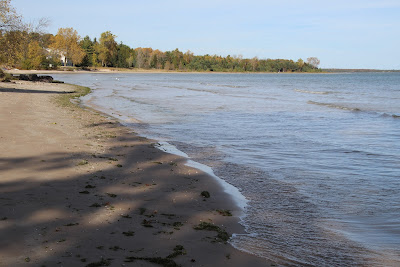 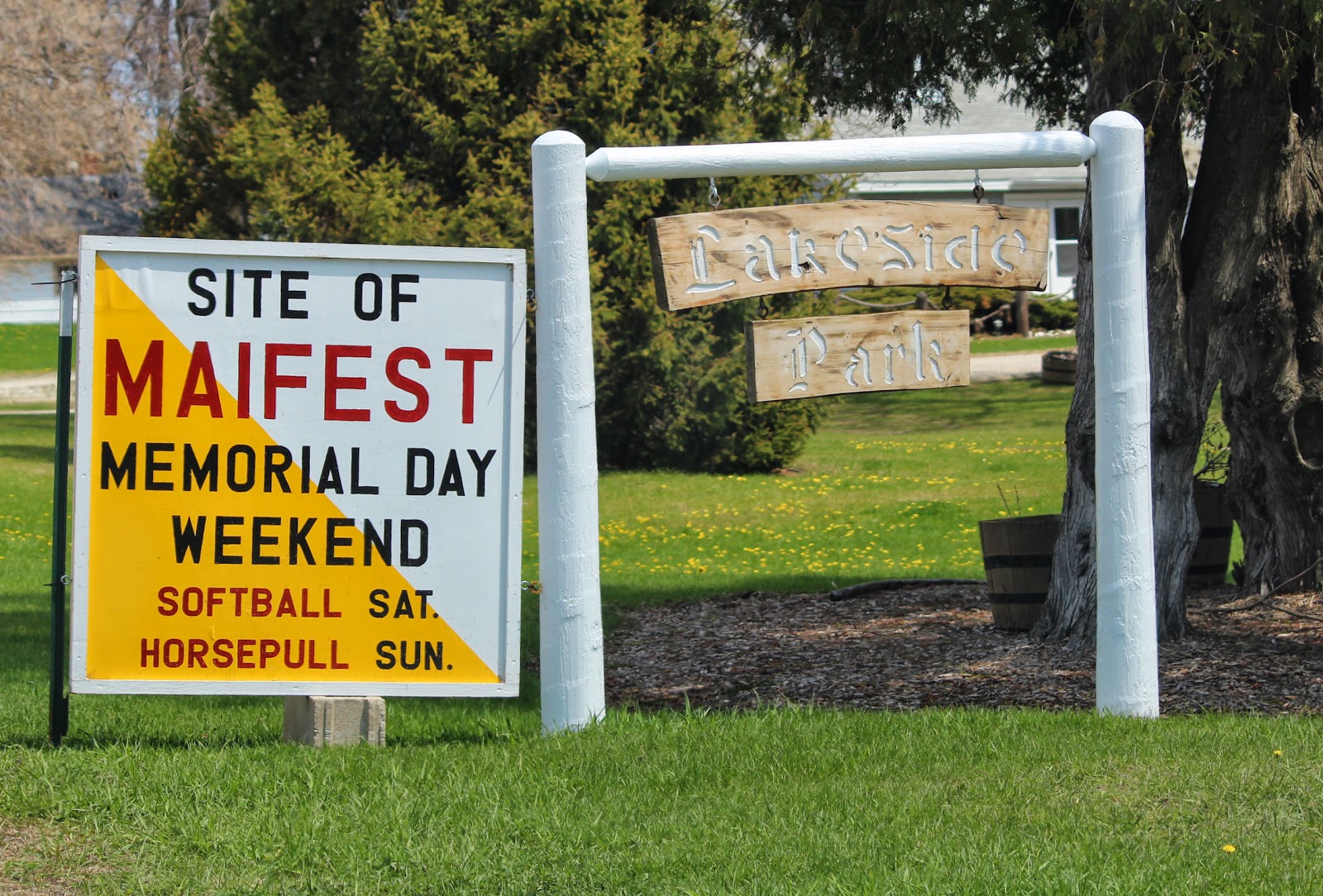 The marker is located at Lakeside Park. The marker is located in Jacksonport, Wisconsin.