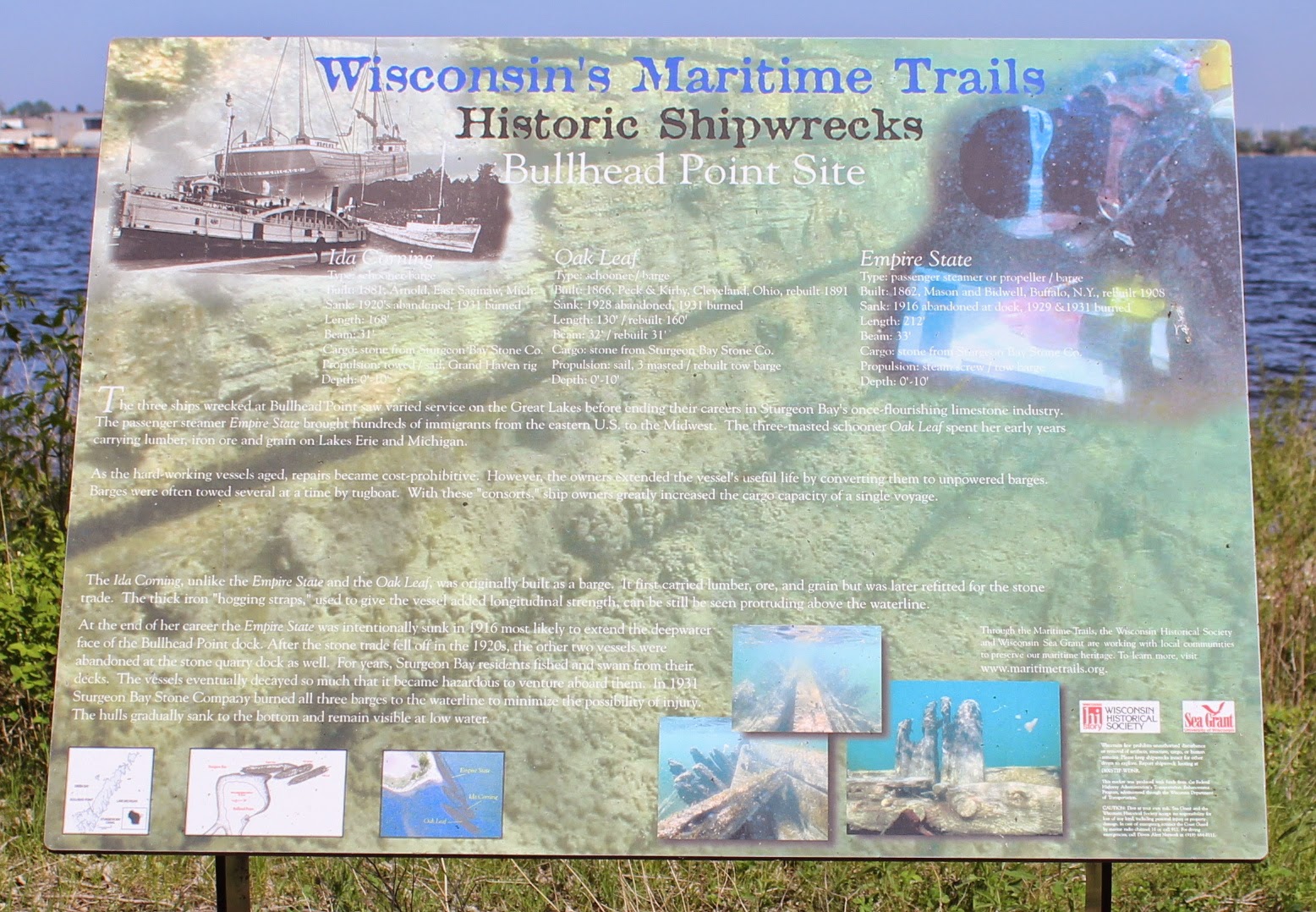 The three ships wrecked at Bullhead Point saw varied service on the Great Lakes before ending their careers in Sturgeon Bay's once-flourishing limestone industry. The passenger steamer Empire State brought hundreds of immigrants from the eastern U.S. to the Midwest. The three-masted schooner Oak Leaf spent her early years carrying lumber, iron ore and grain on Lakes Erie and Michigan.

As the hard-working vessels aged, repairs became cost-prohibitive. However, the owners extended the vessel's useful life by converting them to unpowered barges. Barges were often towed several at a time by tugboat.  With these "consorts," ship owners greatly increased the cargo capacity of a single voyage.

The Ida Corning, unlike the Empire State and the Oak Leaf, was originally built as a barge. It first carried lumber, ore, and grain but was later refitted for the stone trade. The thick iron "hogging straps," used to give the vessel added longitudinal strength, can be (sic) still be seen protruding above the waterline.

At the end of her career the Empire State was intentionally sunk in 1916 most likely to extend the deepwater face of the Bullhead Point dock. After the stone trade fell off in the 1920's, the other two vessels were abandoned at the stone quarry dock as well. For years, Sturgeon Bay residents fished and swam from their docks. The vessels eventually decayed so much that it became hazardous to venture aboard them. In 1931, Sturgeon Bay Stone Company burned all three barges to the waterline to minimize the possibility of injury. The hulls gradually sank to the bottom and remain visible at low water. 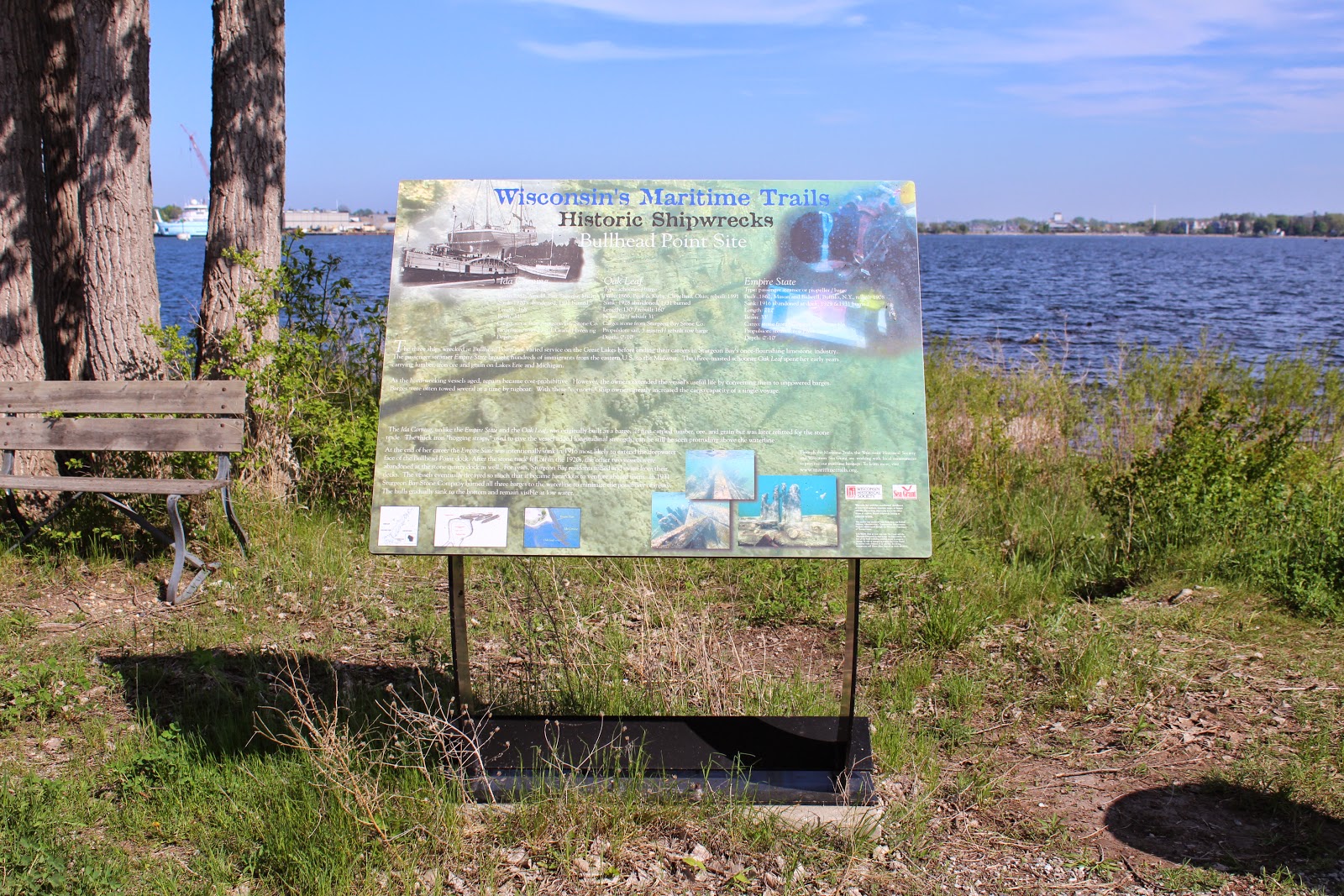 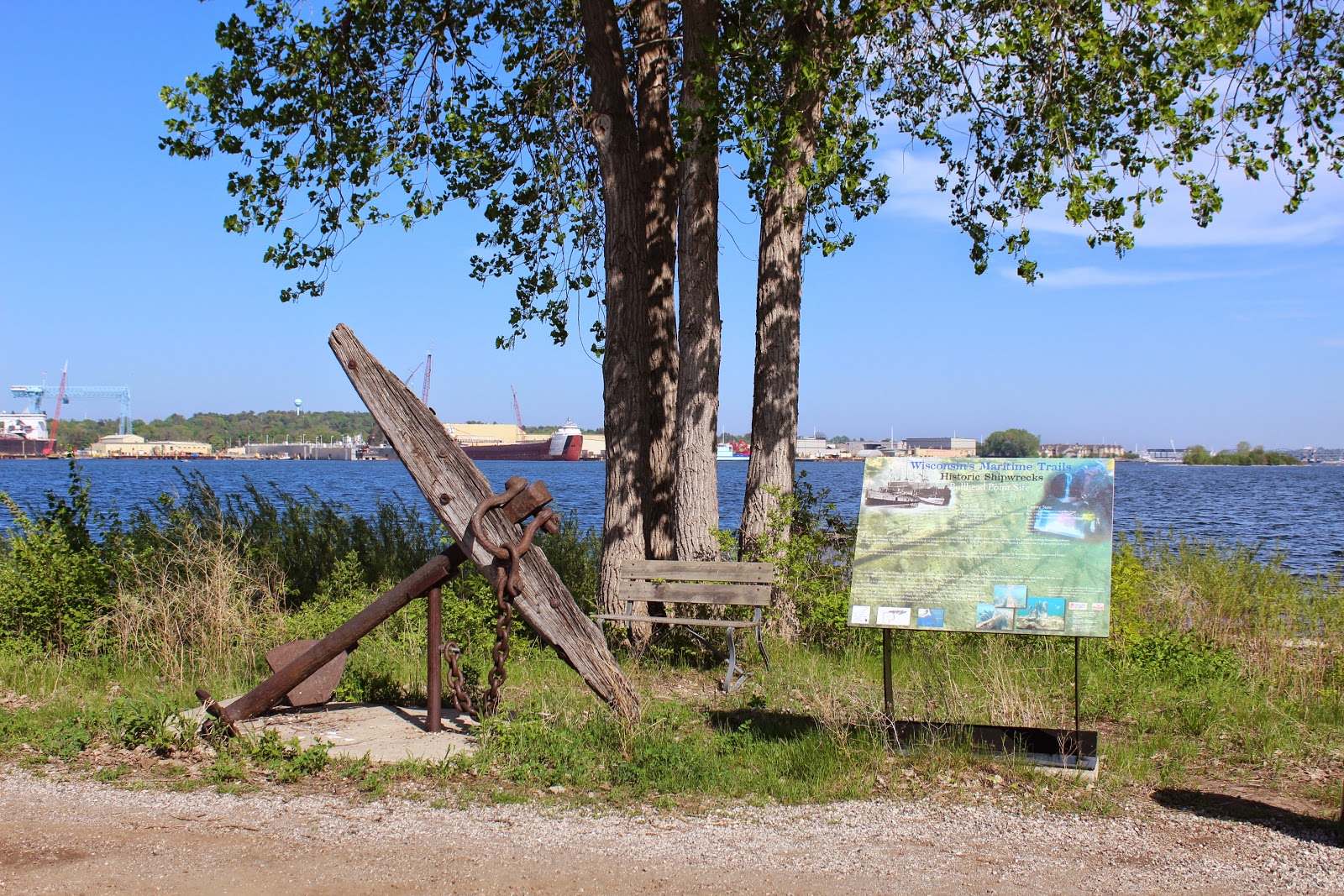 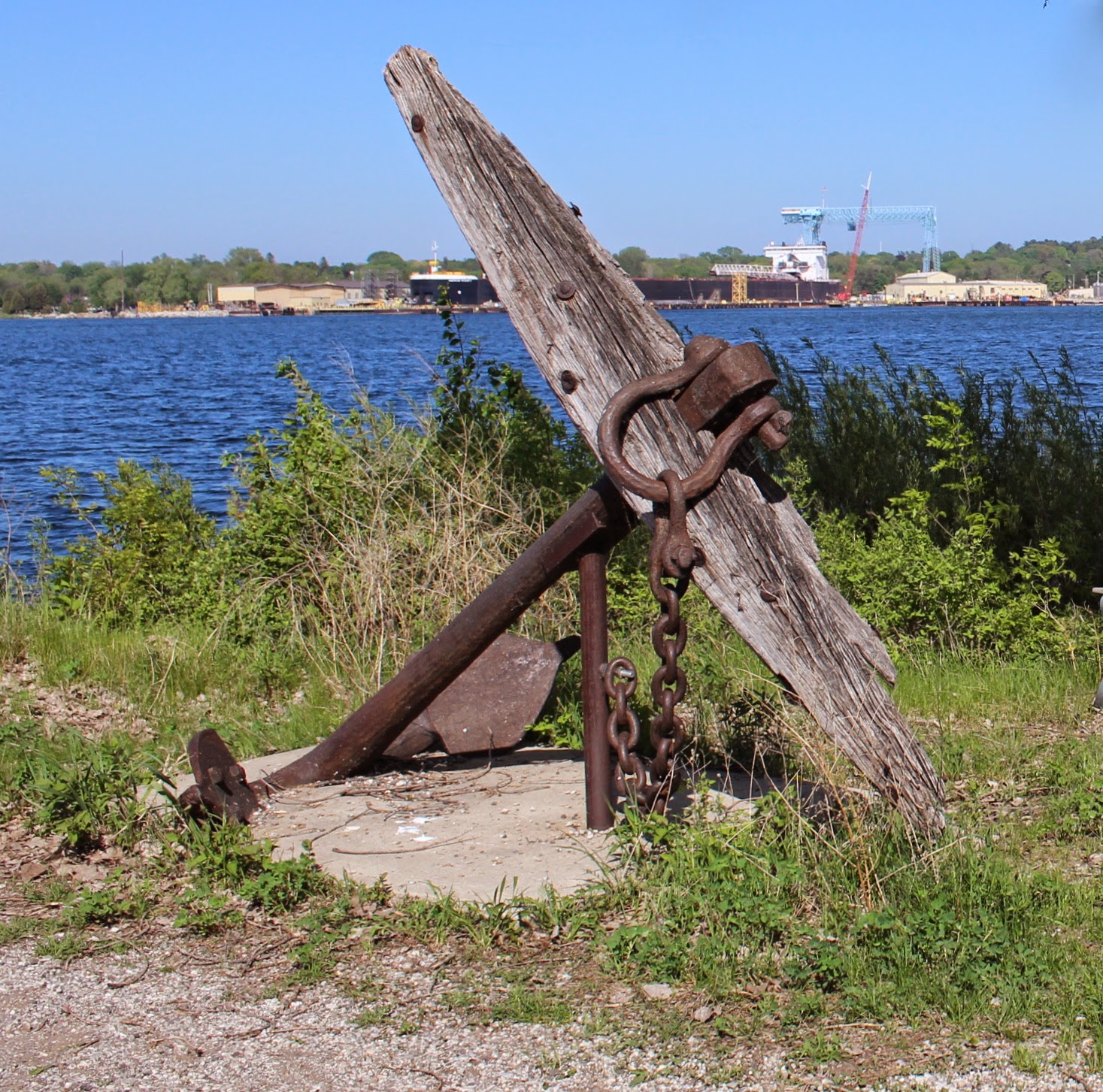 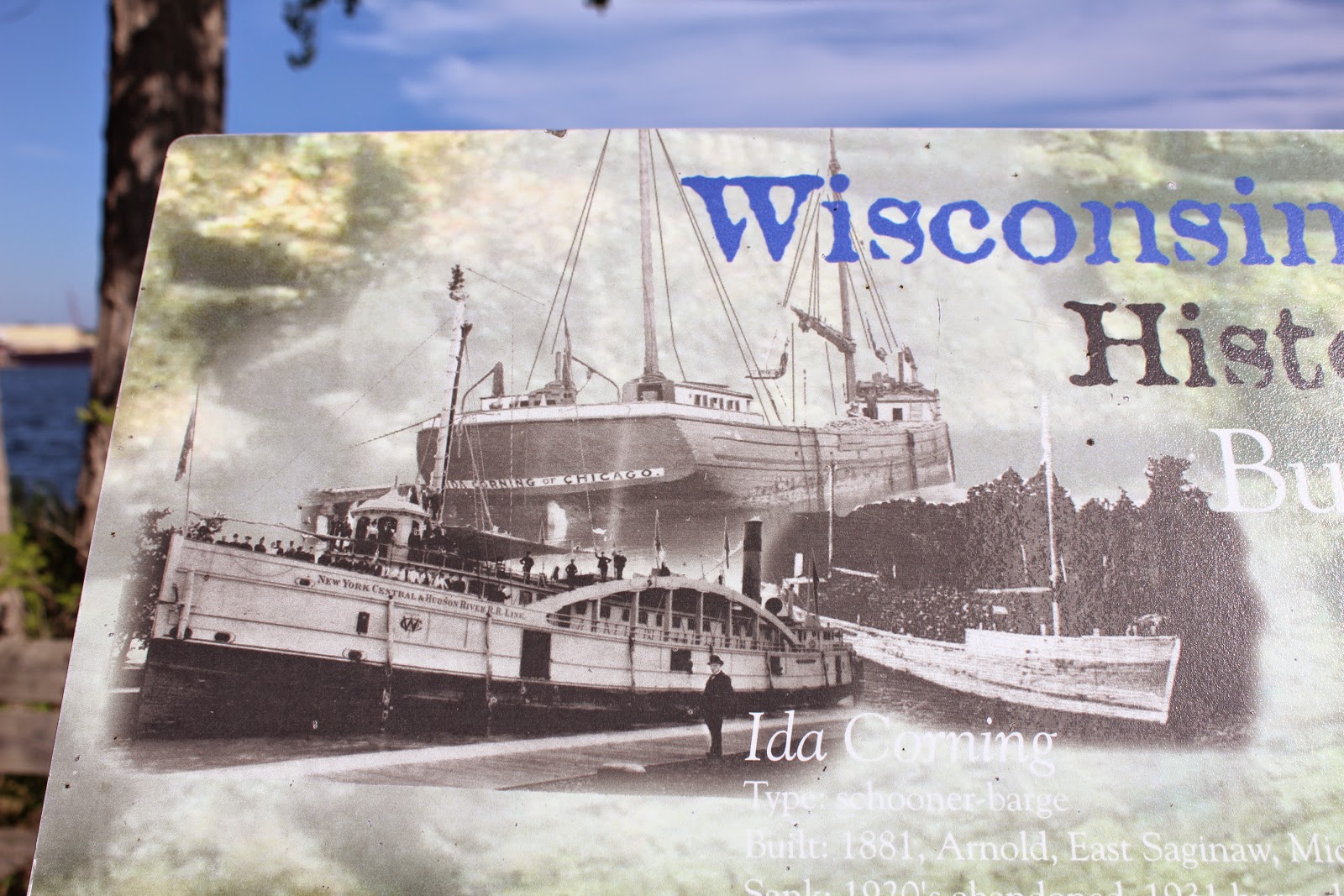 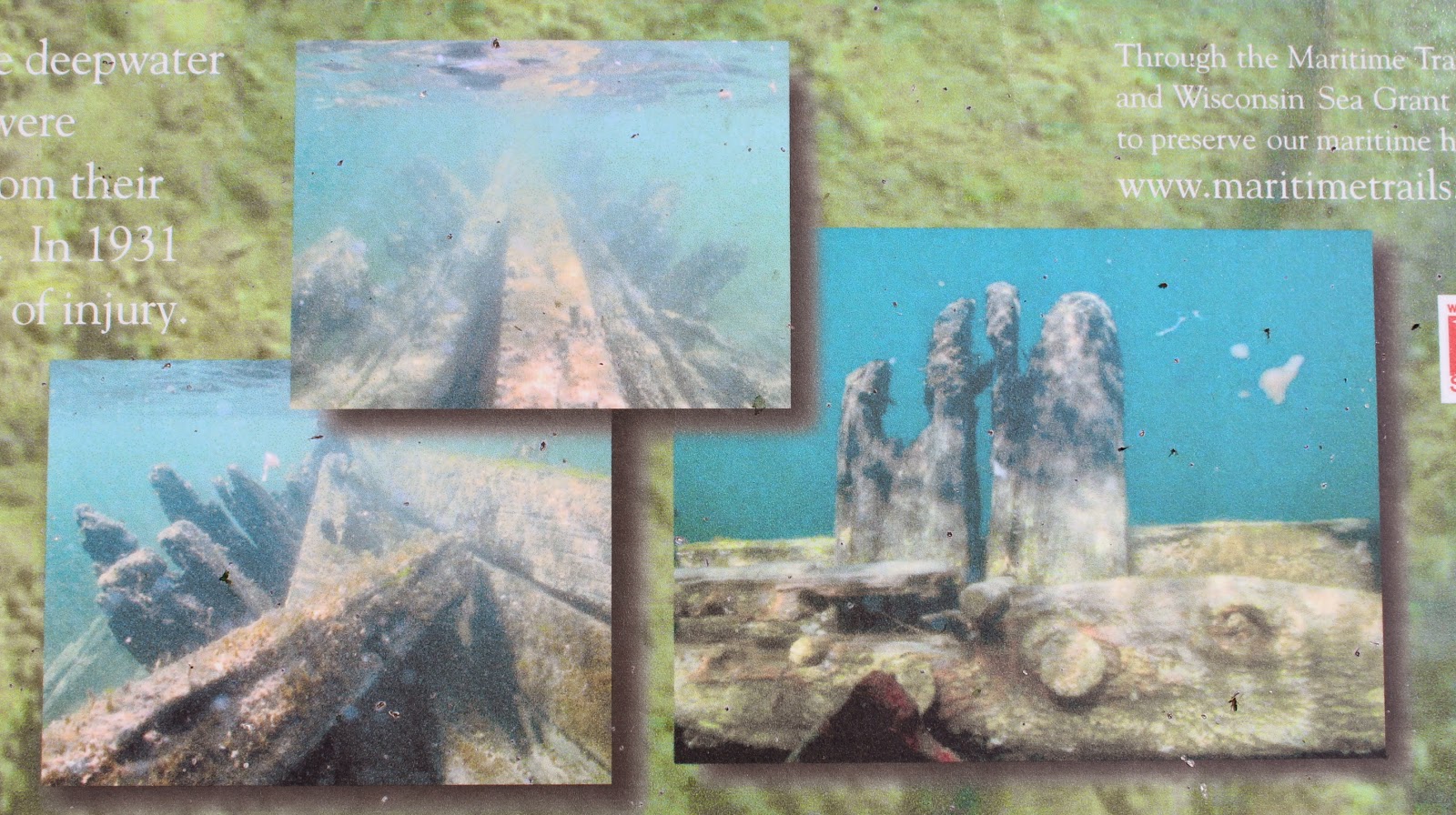 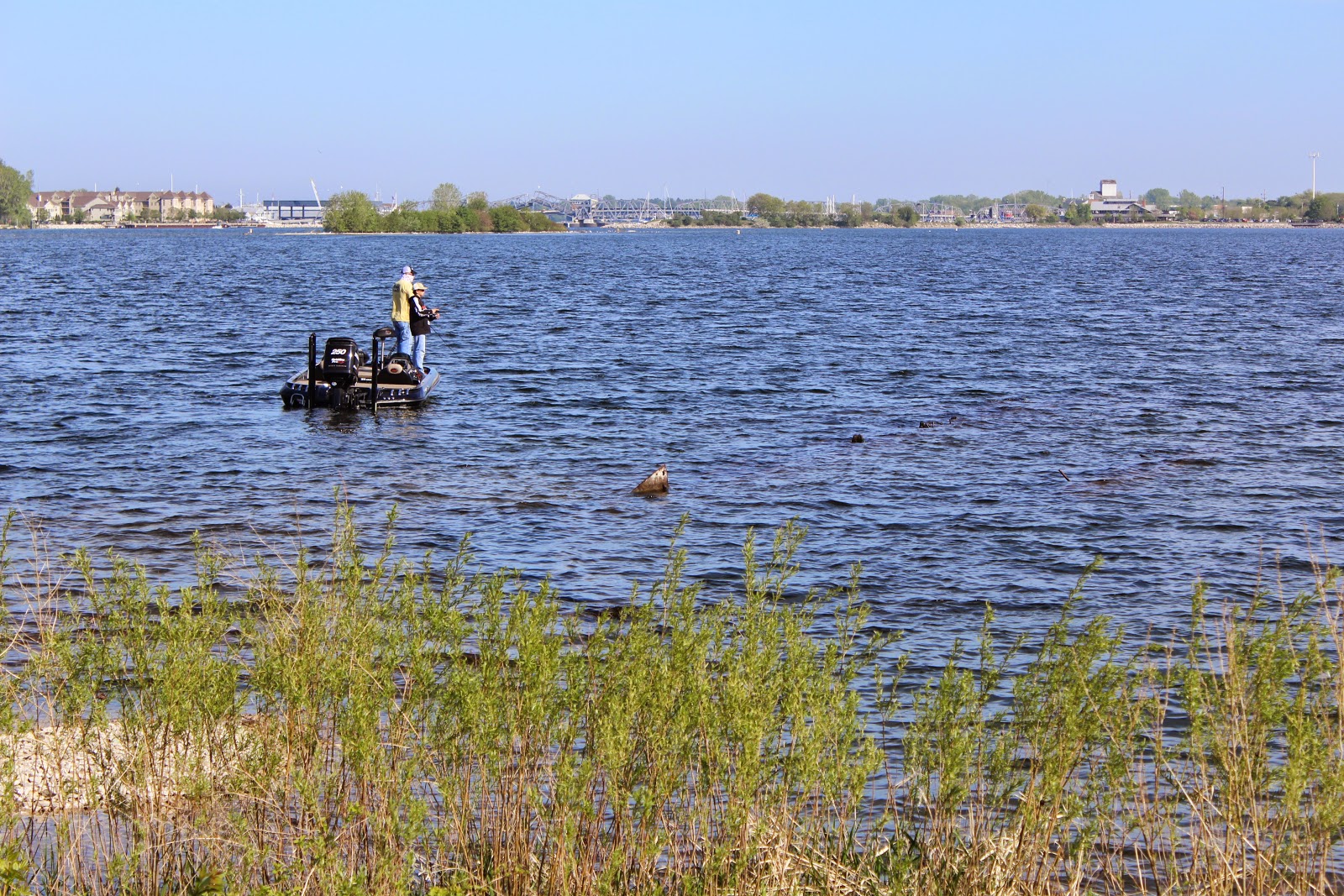 The hull of one of the ships can be seen in the center of this photo. 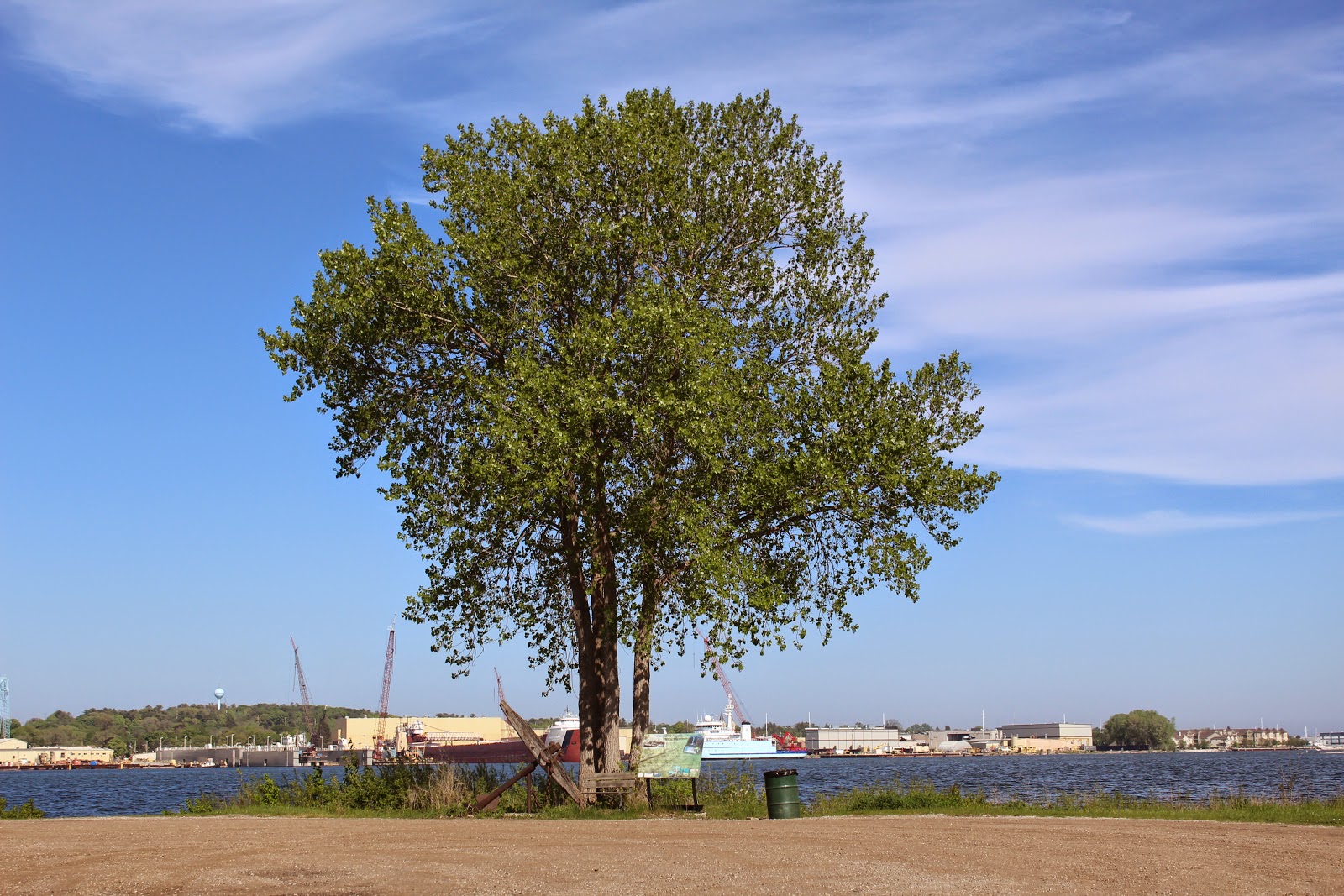 The marker is located at the base of this big o' tree. 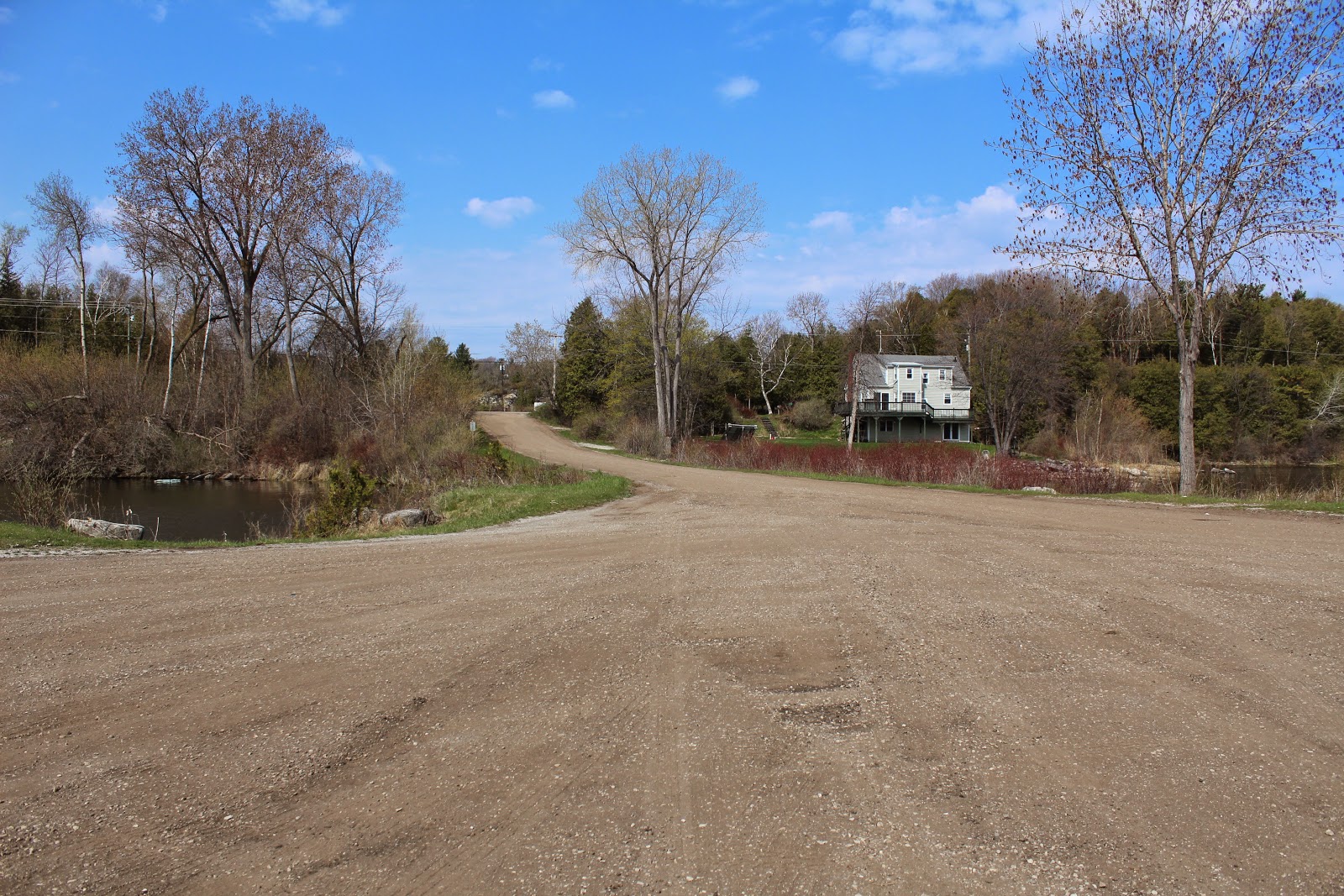 The road leading down from North Duluth Avenue to the marker location. 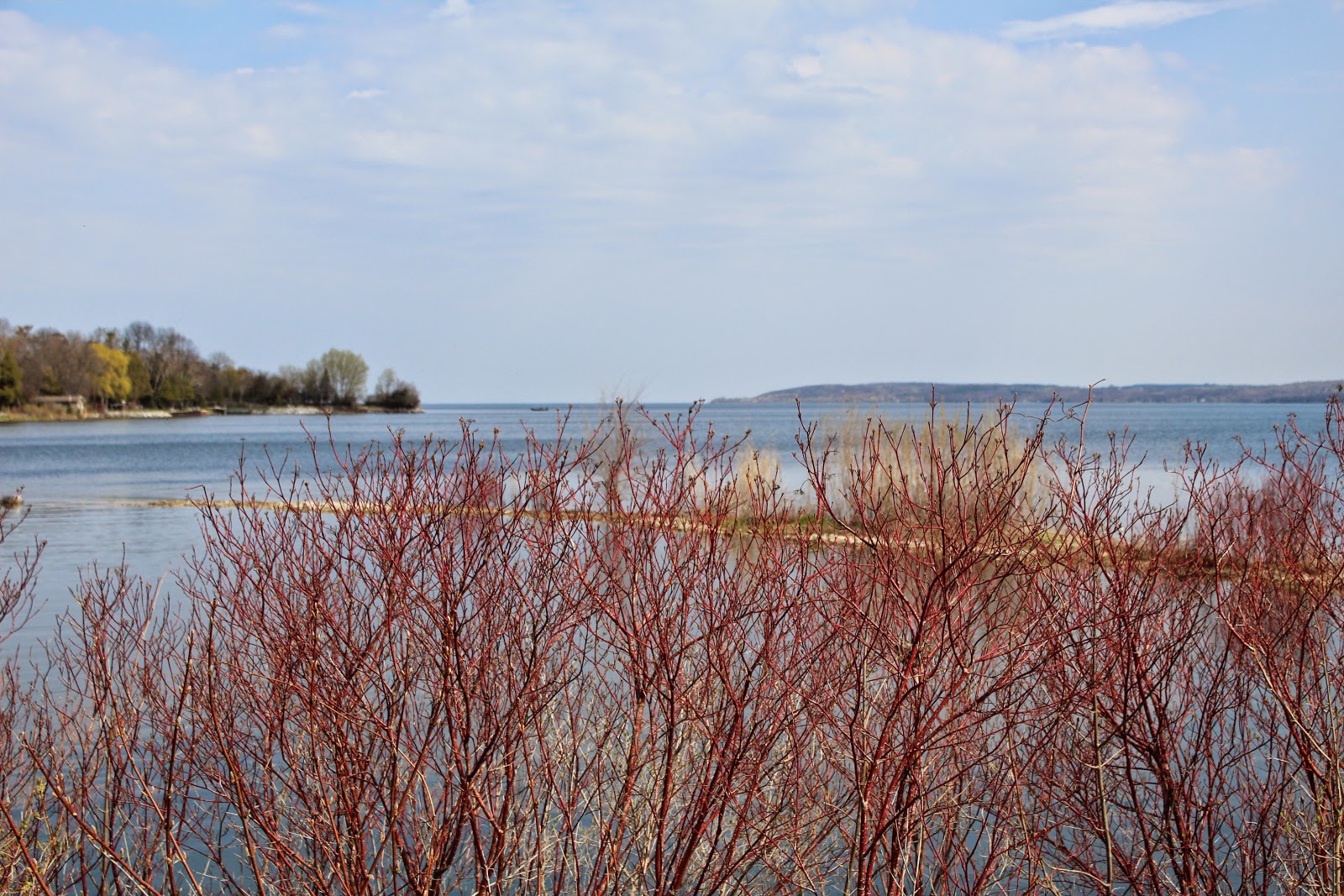 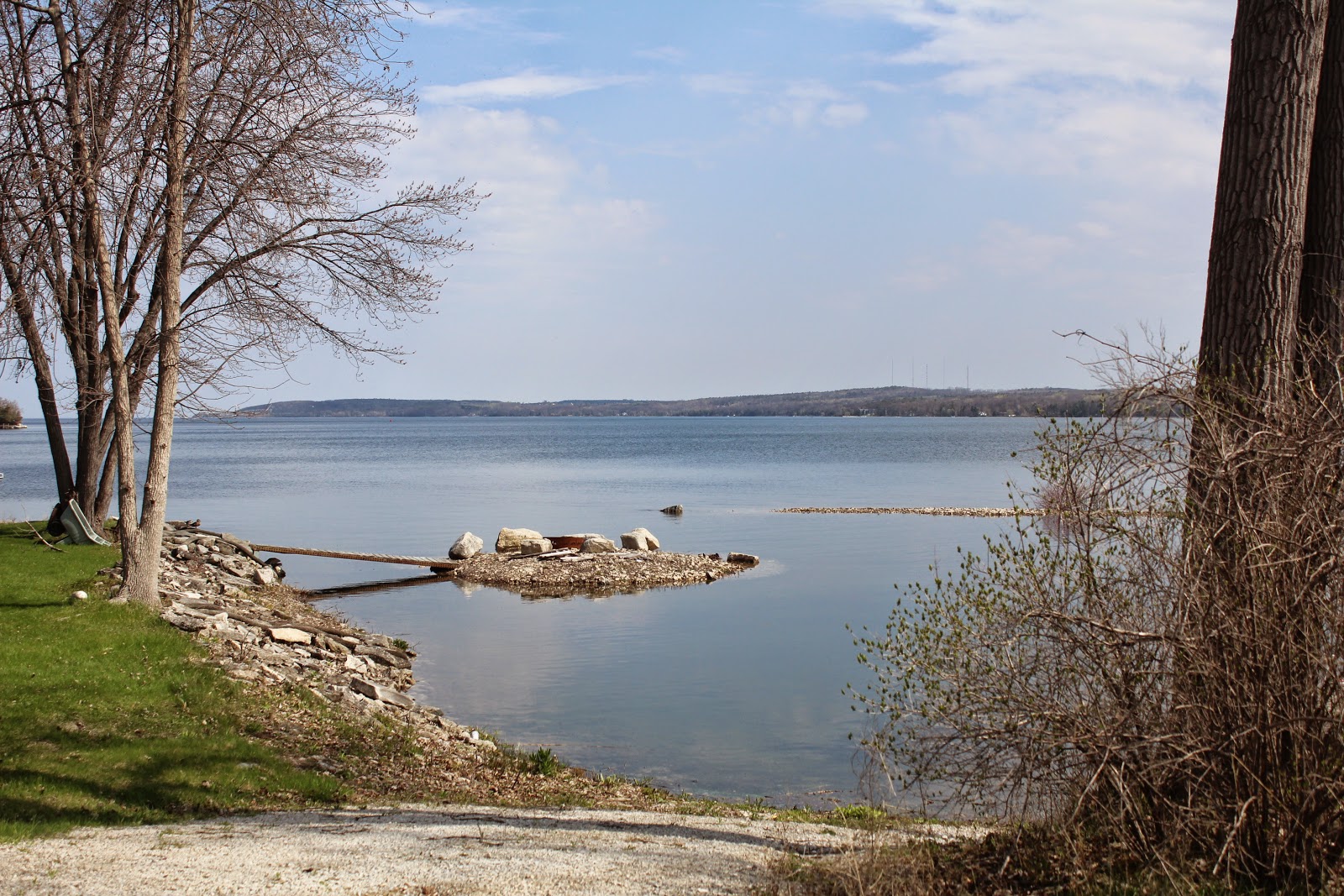 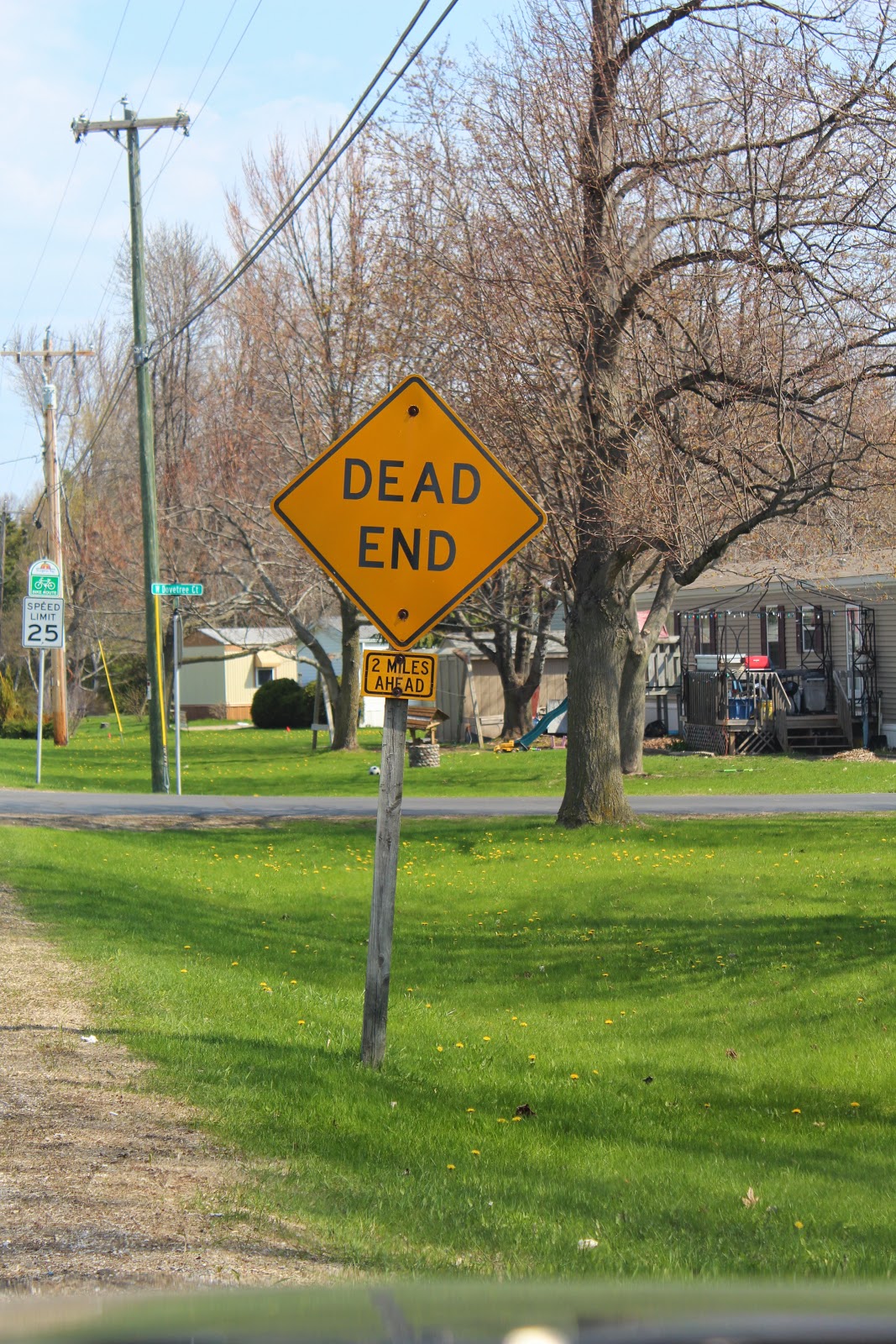 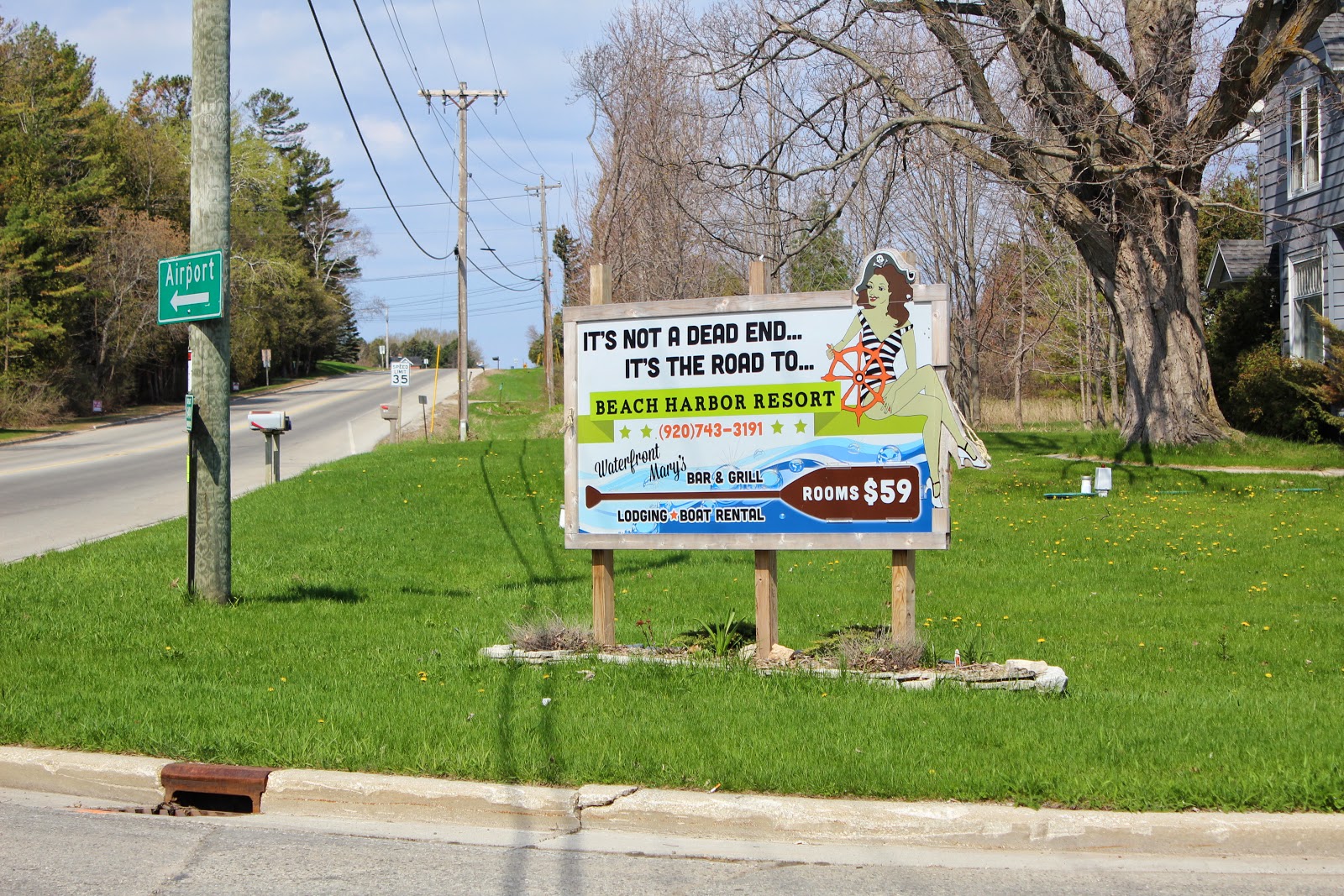 Signage at the intersection of East Elm Street and North Duluth Avenue.