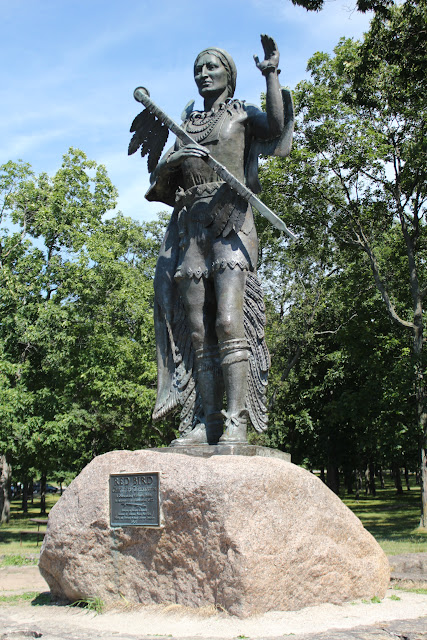 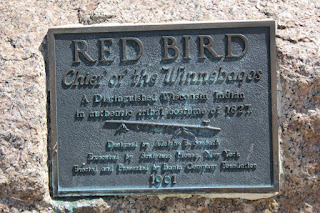 RED BIRD
Chief of the Winnebagos
A Distinguished Wisconsin Indian
in authentic costume of 1827.

NOTE: This is a fee area; you will either have to have a yearly pass, or pay the one-day entrance fee.


Red Bird (c. 1788–1828) was a leader of the Winnebago (or Ho-Chunk) Native American tribe. He was a leader in the Winnebago War against the United States. He was for many years one of the most friendly and trusted of the Wisconsin Indians. In the late 1820s Red Bird and his followers began to grow uneasy over the encroachments of lead miners on Indian land. The tribe was also disturbed by the mistaken belief that two Ho-Chunk had been put to death at Fort Snelling in 1826 for a murder they did not commit. Near Prairie du Chien on June 28, 1827, Red Bird and three companions followed the Indian code of revenge and under the influence of liquor murdered Registre Gagnier and Solomon Lipcap and seriously injured Gagnier's infant daughter. They fled after Gagnier's wife and son escaped and gave the alarm in Prairie du Chien.

On June 30, 1827, a band of Ho-Chunk fired on the Wisconsin River keelboat "Oliver Perry" killing two of the crew and wounding several others. With an Indian war threatening, the militia was mobilized and federal troops were dispatched to Prairie du Chien from Jefferson Barracks, Mo. To avert a general war, Red Bird and his companions surrendered at Portage on Sept. 2, 1827. Although the chief expected the dignity of being put to death, he was instead taken to Prairie du Chien where he died in prison, Feb. 16, 1828. Several months later the other Indians were pardoned. One of the most dramatic incidents in Wisconsin history, the surrender of the proud and handsome chief became the subject of stories, paintings, and plays.

The foregoing Wikipedia Text is available under the Creative Commons Attribution-ShareAlike License; additional terms may apply.

The Surrender and Captivity of Red Bird 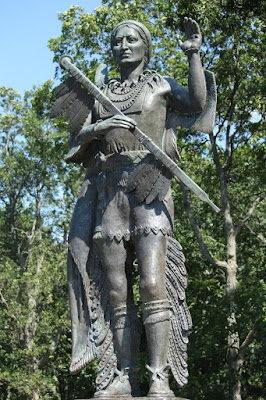 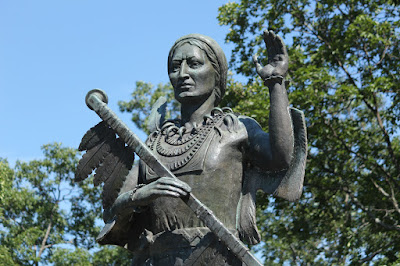 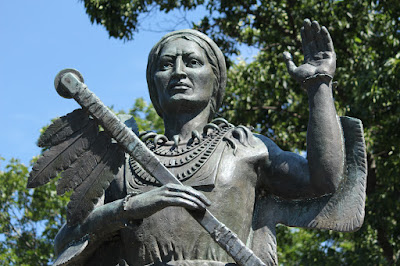 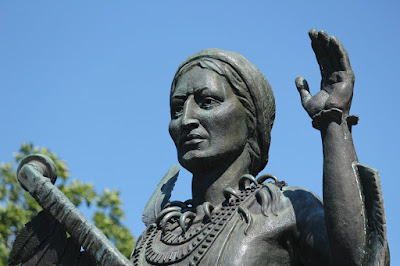 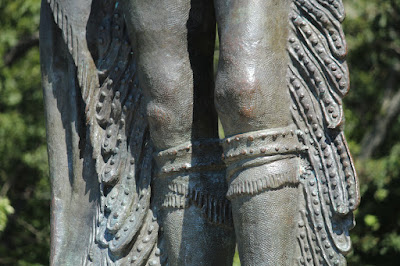 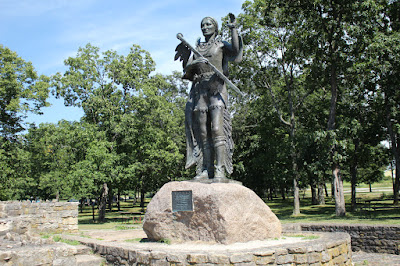 Engraving or lithograph of lost painting by Charles Bird King, showing Winnebago (or Ho-Chunk) men Red Bird and Wekau. Red Bird (standing) is dressed in a white buckskin outfit that was specially made for his surrender to U.S. authorities during the 1827 Winnebago War. 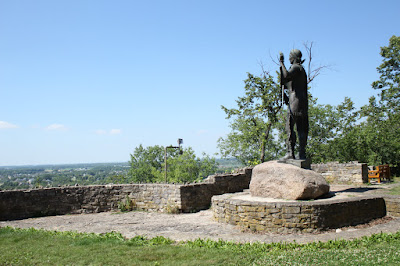 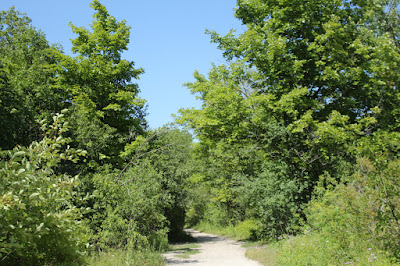 Some of the scenery along Red Bird Trail. 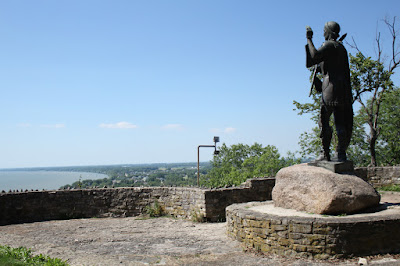 With Lake Winnebago visible to the left. 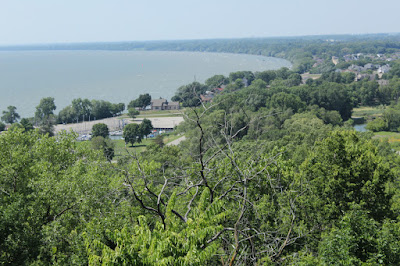 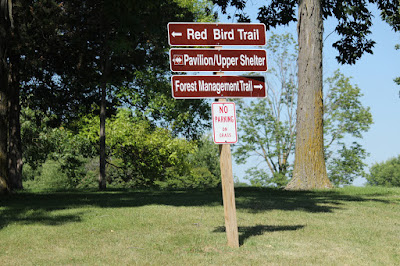 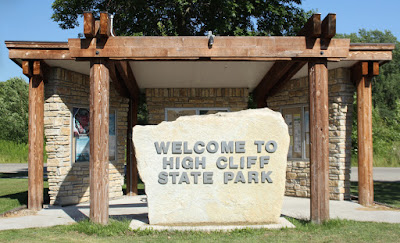