From First Americans to Euroamericans: The Fire of 1871 and Williamsonville: A 19th Century Euroamerican Settlement in Door County 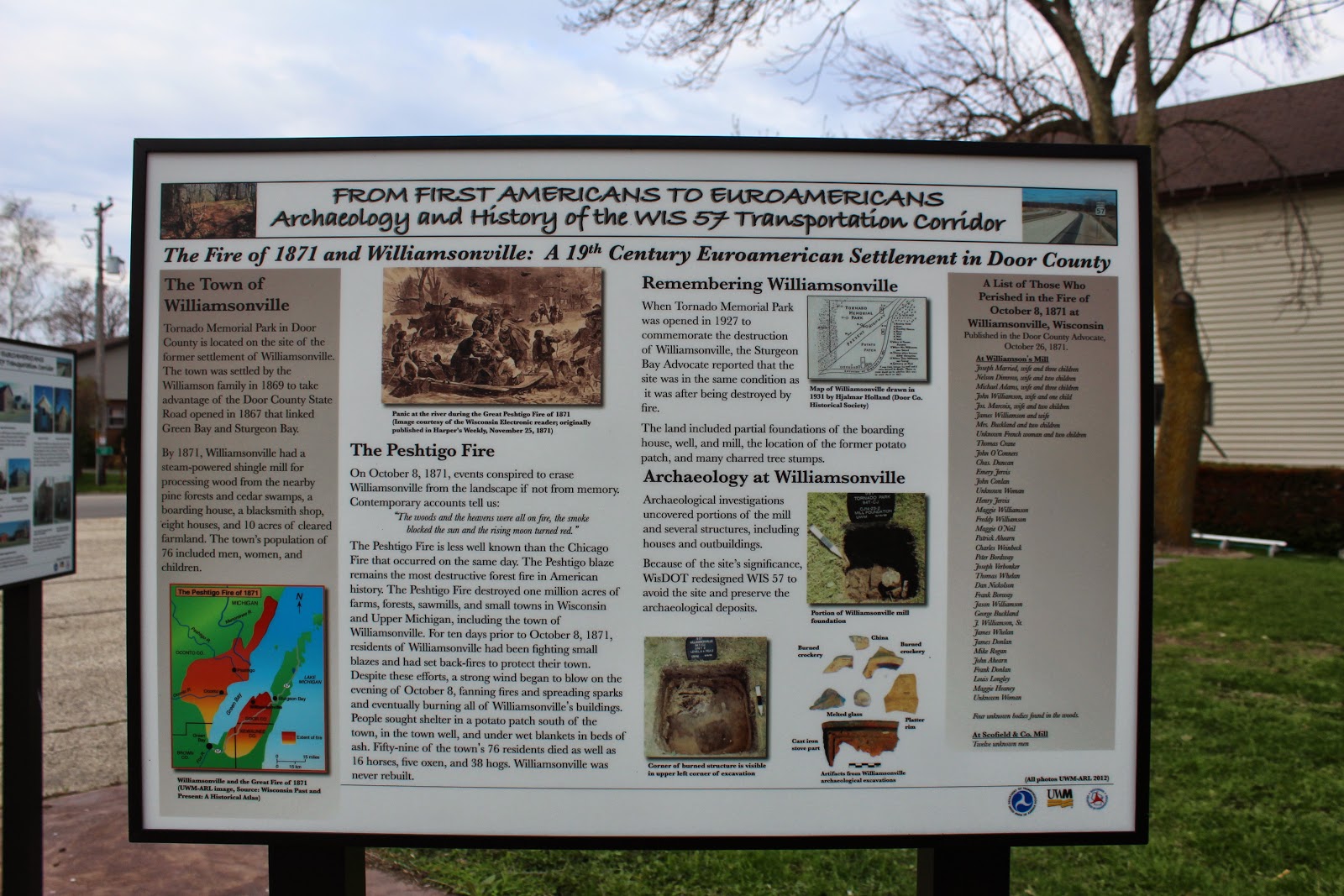 From First Americans to Euroamericans
Archaeology and History of the WIS 87 Transportation Corridor
The Fire of 1871 and Williamsonville:
A 19th Century Euroamerican Settlement in Door County

By 1871, Williamsonville had a steam-powered shingle mill for processing wood from the nearby pine forests and cedar swamps, a boarding house, a blacksmith shop, eight houses, and 10 acres of cleared farmland. The town’s population of 76 included men, women, and children.

A List of Those Who Perished in the Fire of October 8, 1871 at Williamsonville, Wisconsin
Published in the Door County Advocate, October 26, 1871.

NOTE: See below for additional transcriptions of marker content.


The marker is located at the Namur Belgian Heritage Foundation Center (the former Our Lady of Snows Church and Cemetery) on westbound County Road DK, between Pit Road (to the east) and County Road N (to the west), Brussels, Wisconsin 54204.

This marker is one of a series markers regarding the Archaeology and History of the WIS 57 Transportation Corridor. 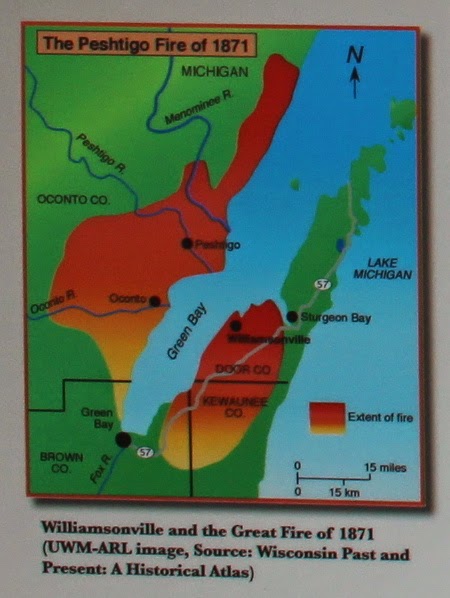 Williamsville and the Great Fire of 1871 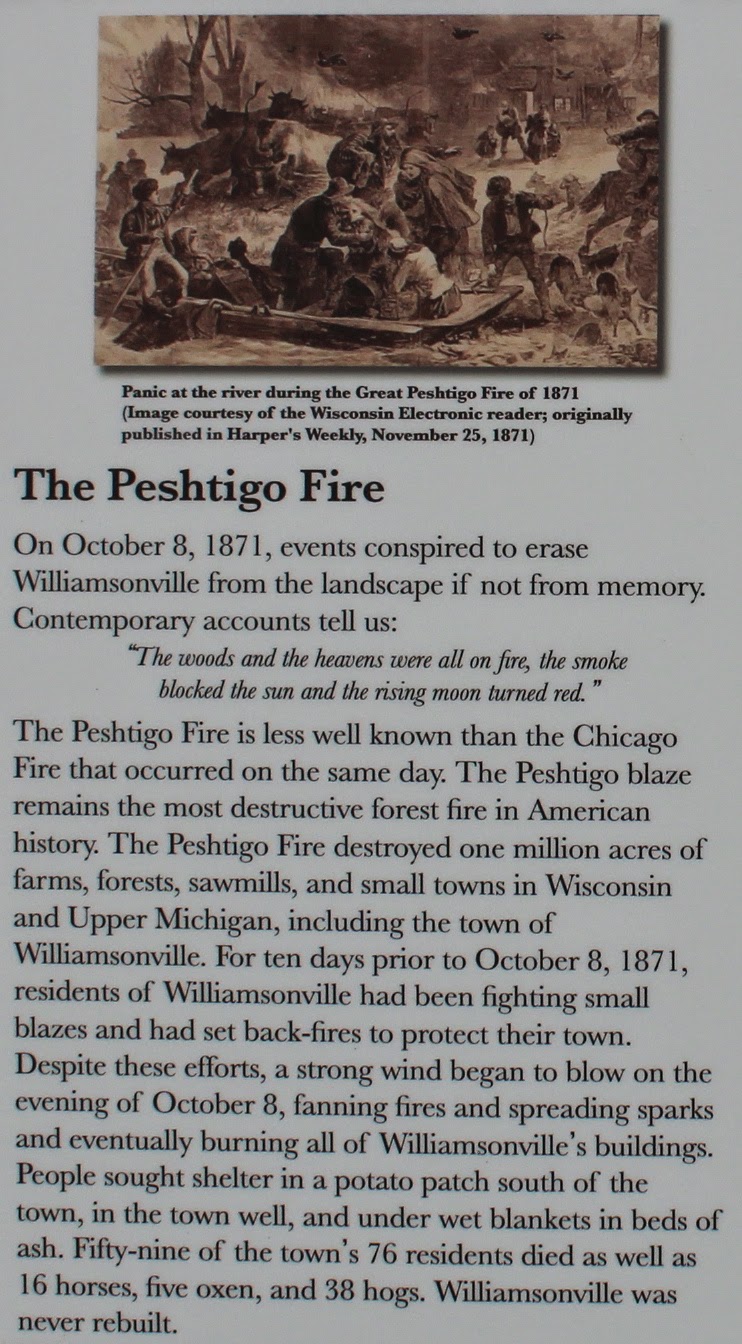 The Peshtigo Fire
On October 8, 1871, events conspired to erase Williamsonville from the landscape if not from memory. Contemporary accounts tell us:


“The woods and the heavens were all on fire, the smoke blocked the sun and the rising moon turned red.”

The Peshtigo Fire is less well known than the Chicago Fire that occurred on the same day. The Peshtigo blaze remains the most destructive forest fire in American history. The Peshtigo Fire destroyed one million acres of farms, forests, sawmills, and small towns in Wisconsin and Upper Michigan, including the town of Williamsonville. For ten days prior to October 8, 1871, residents of Williamsonville had been fighting small blazes and had set back-fires to protect their town. Despite these efforts, a strong wind began to blow on the evening of October 8, fanning fires and spreading sparks and eventually burning all of Williamsonville’s buildings. People took shelter in a potato patch south of the town, in the town well, and under wet blankets in beds of ash. Fifty-nine of the town’s 76 residents died as well as 16 horses, five oxen, and 38 hogs. Williamsonville was never rebuilt. 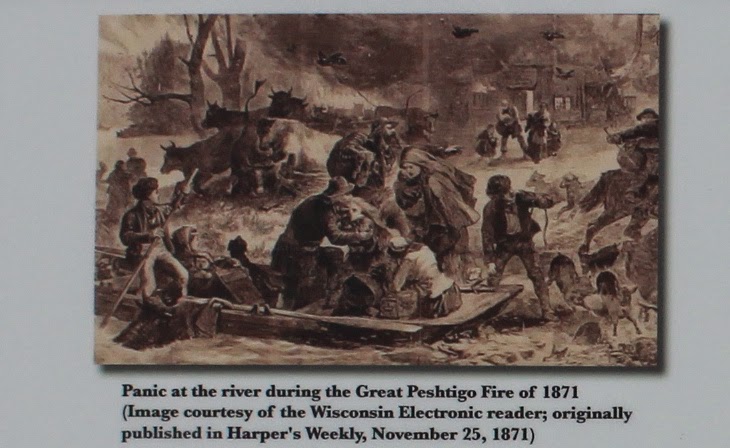 Panic at the river during the Great Peshtigo Fire of 1871 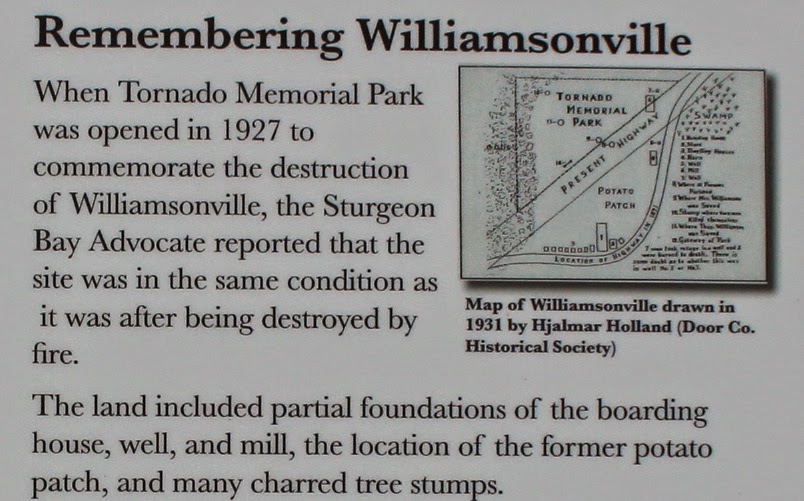 Remembering Williamsonville
When Tornado Memorial Park was opened in 1927 to commemorate the destruction of Williamsonville, the Sturgeon Bay Advocate reported that the site was in the same condition as it was after being destroyed by fire.
The land included partial foundations of the boarding house, well, and mill, the location of the former potato patch, and many charred tree stumps. 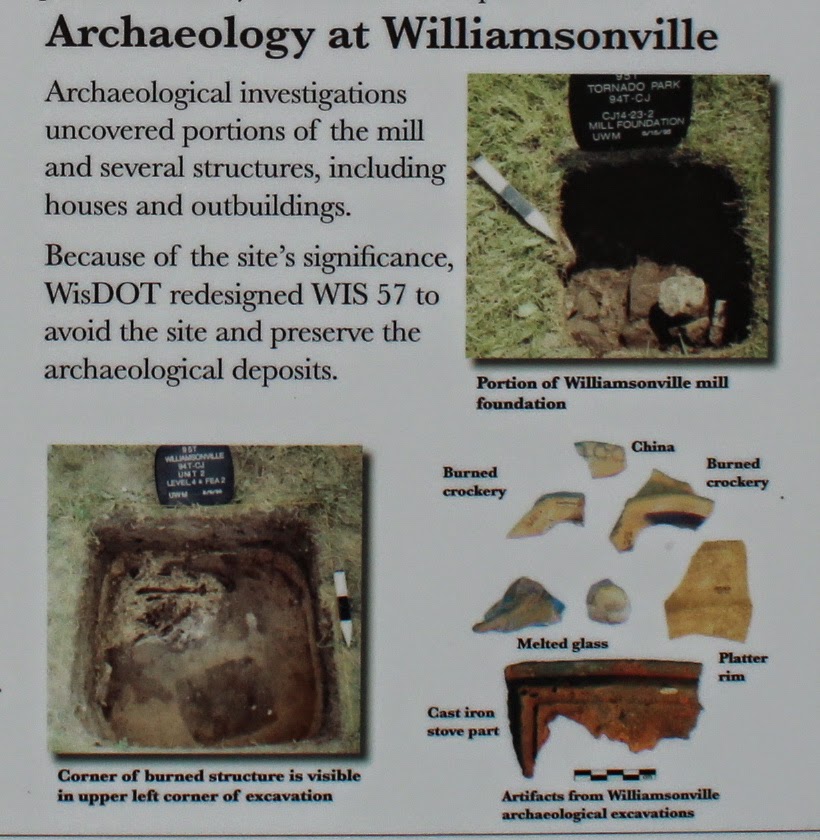 Archeology at Williamsonville
Archaeological investigations uncovered portions of the mill and several structures, including houses and outbuildings.
Because of the site's significance, Wis DOT redesigned WIS 57 to avoid the site and preserve the archaeological deposits. 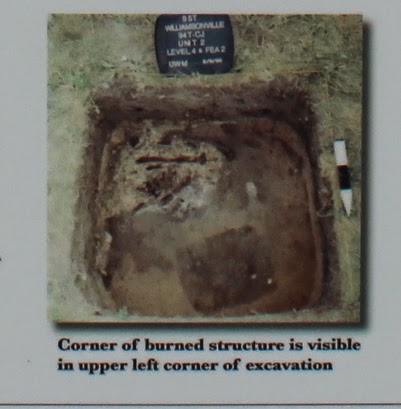 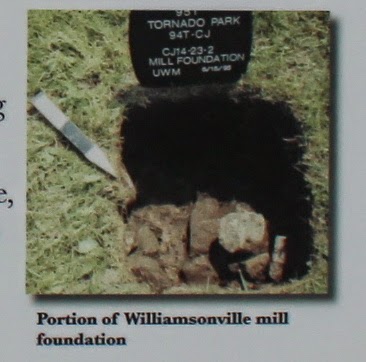 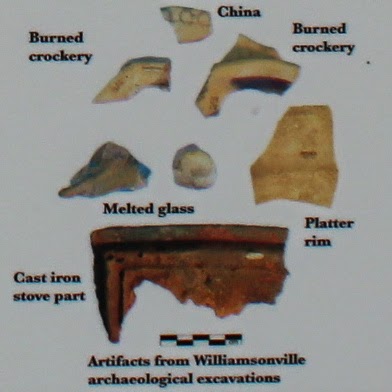