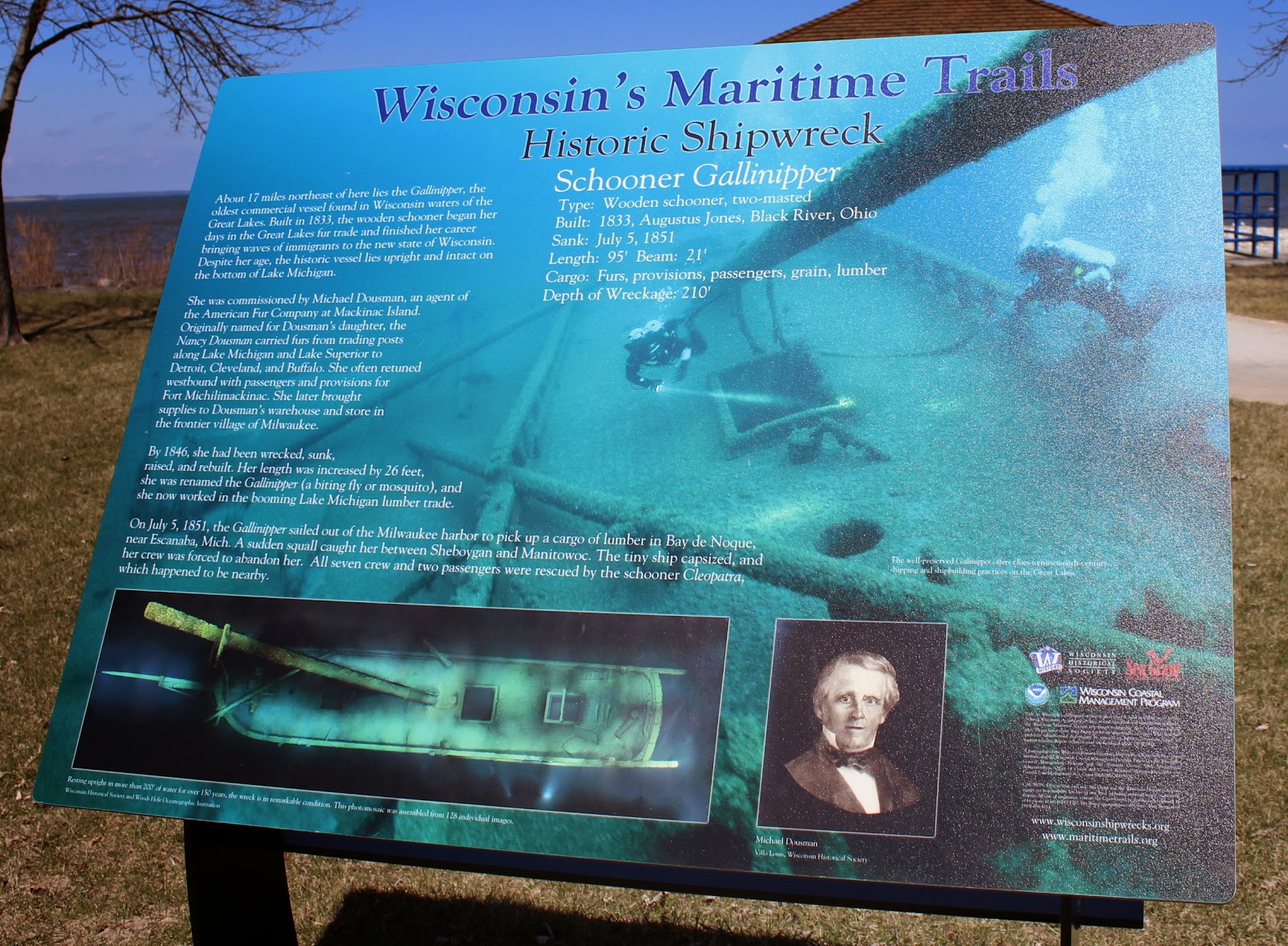 About 17 miles northeast of here lies the Gallinipper, the oldest commercial vessel found in Wisconsin waters. Built in 1833, the wooden schooner began her days in the Great Lakes fur trade and finished her career bringing waves of immigrants to the new state of Wisconsin. Despite her age, the historic vessel lies upright and intact on the bottom of Lake Michigan.

She was commissioned by Michael Dousman, an agent of the American Fur Company at Mackinac Island. Originally named for Dousman’s daughter, the Nancy Dousman carried furs from trading posts along Lake Michigan and Lake Superior to Detroit, Cleveland, and Buffalo. She often returned westbound with passengers and provisions for Fort Michilimackinac. She later brought supplies to Dousman’s warehouse and store in the frontier village of Milwaukee.

By 1846, she had been wrecked, sunk, raised, and rebuilt. Her length was increased by 26 feet, she was renamed the Gallinipper (a biting fly or mosquito), and she now worked in the booming Lake Michigan lumber trade.

On July 5, 1851, the Galliniper sailed out of the Milwaukee harbor to pick up a cargo of lumber Bay de Noque, near Escanaba, Mich. A sudden squall caught her between Sheboygan and Manitowoc. The tiny ship capsized, and the crew was forced to abandon her. All seven crew and two passengers were rescued by the schooner Cleopatra, which happened to be nearby.

The marker is located in North Point Park on northbound Broughton Drive, east of its intersection with Barrett Street, Sheboygan, Wisconsin 53081. 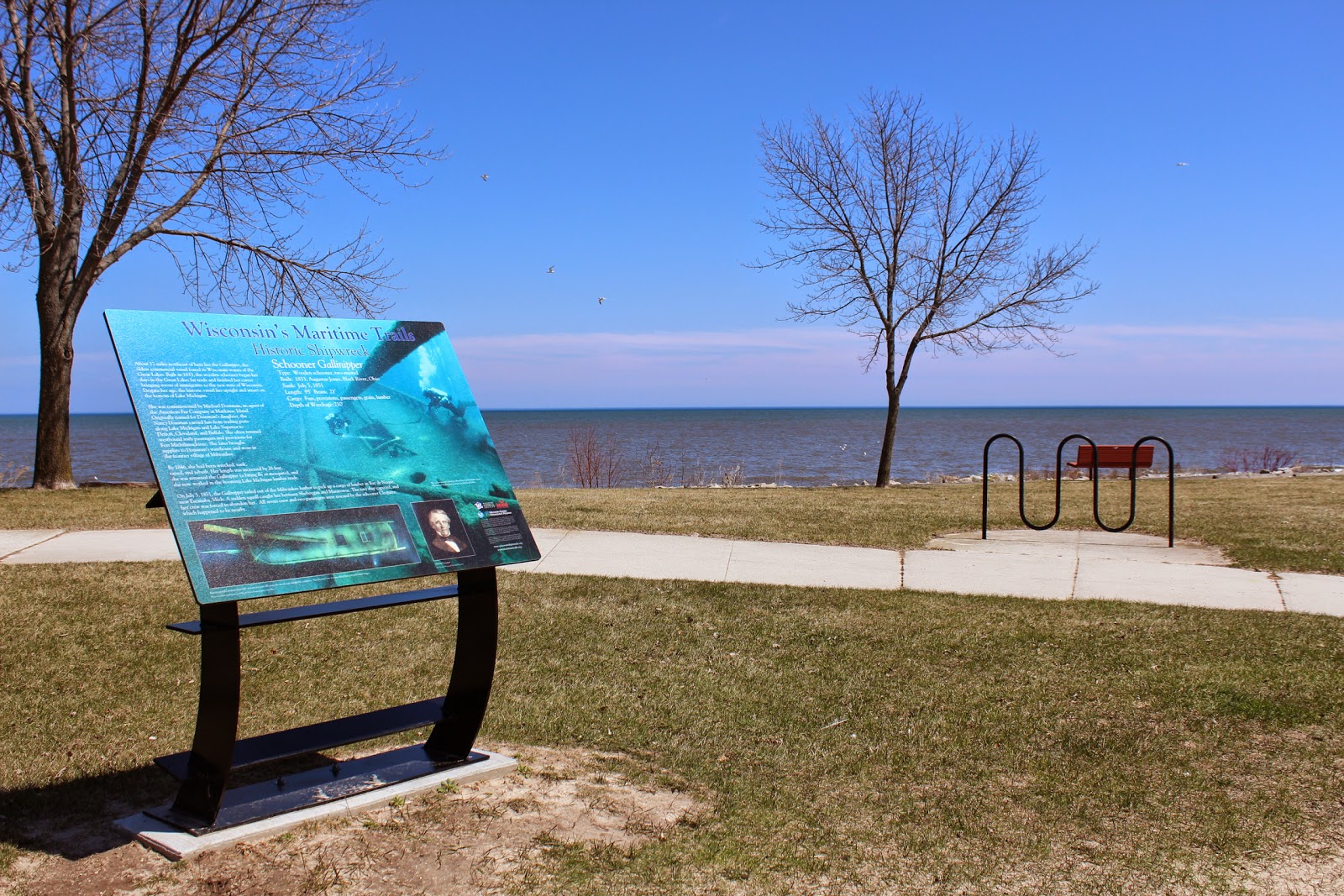 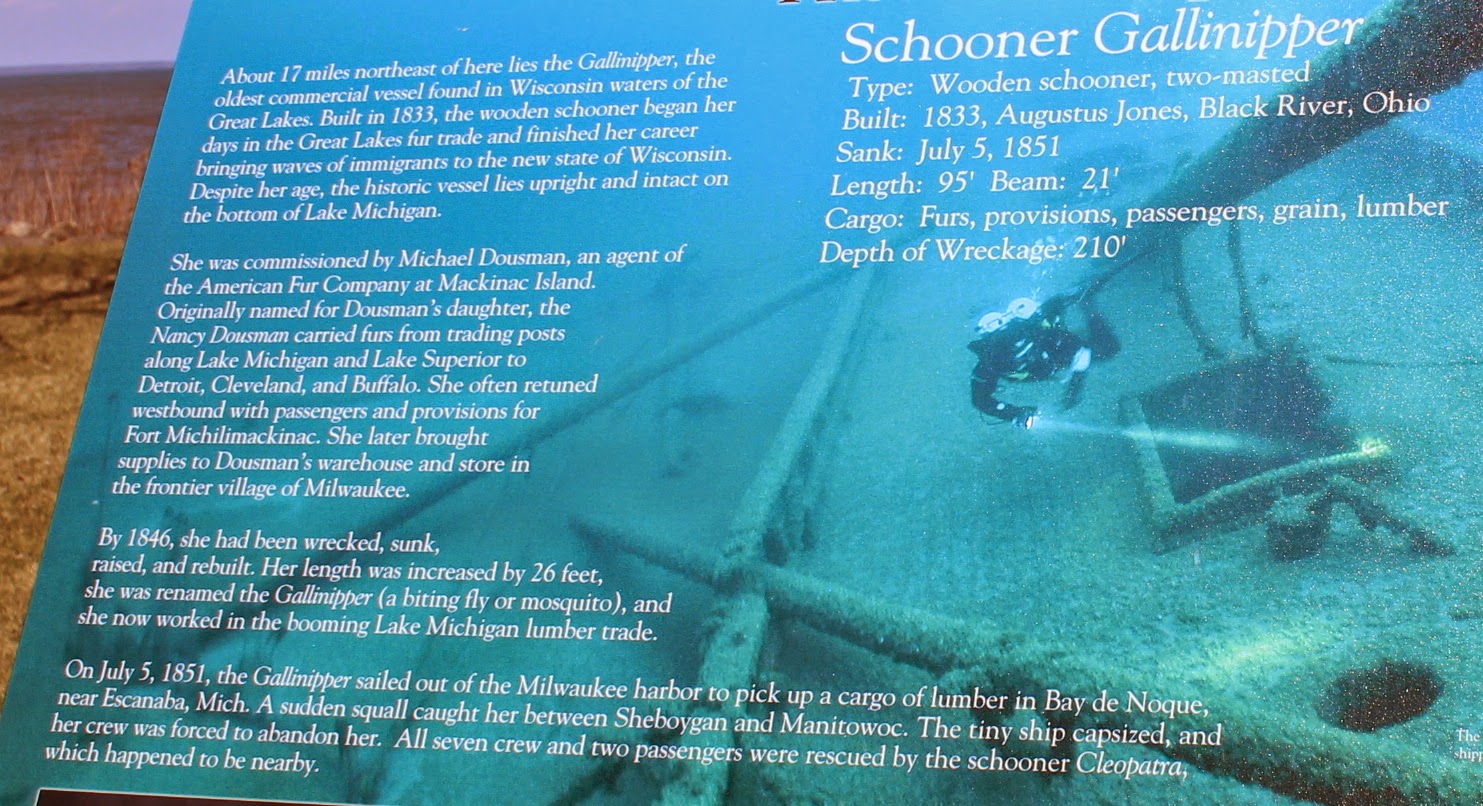 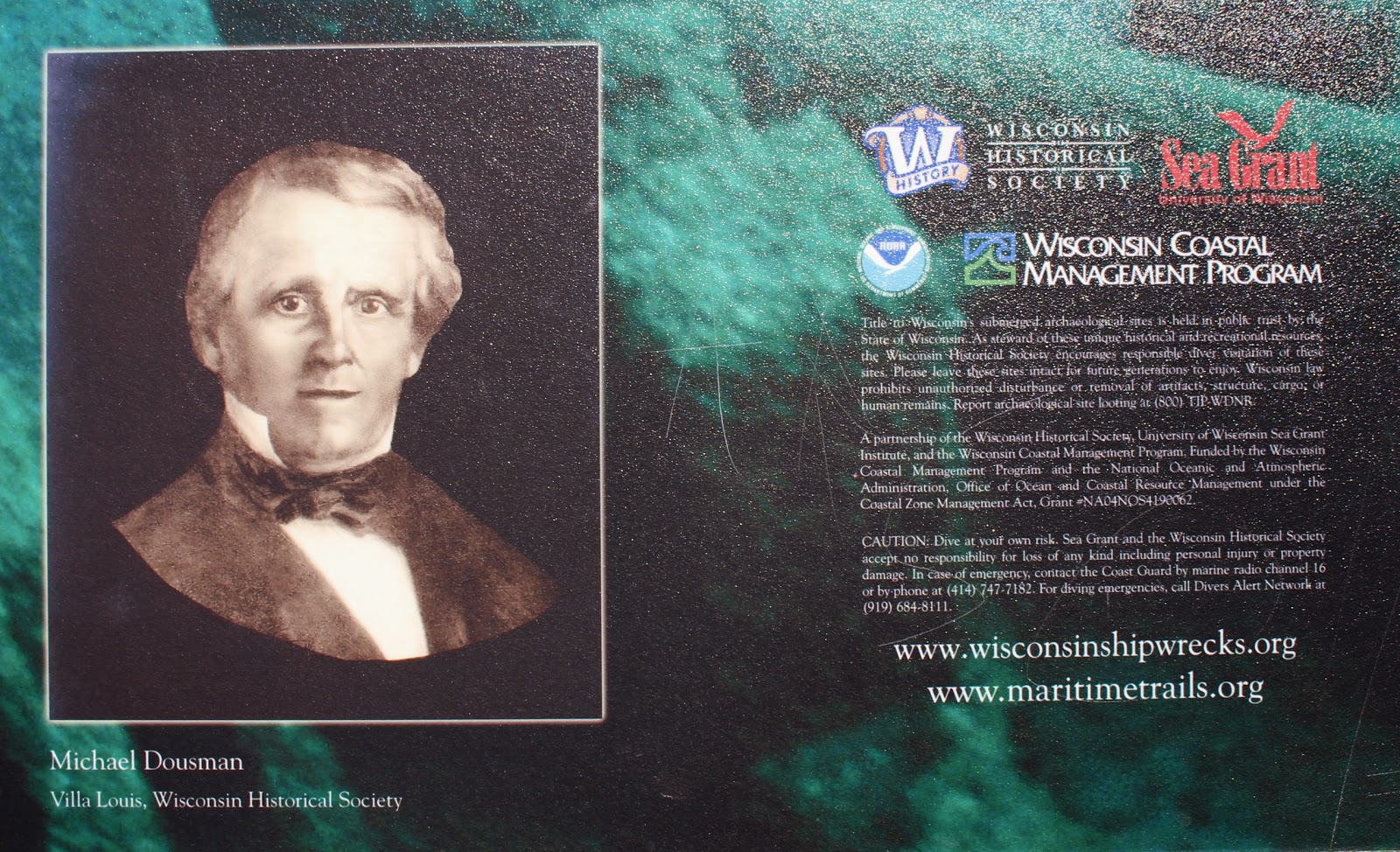 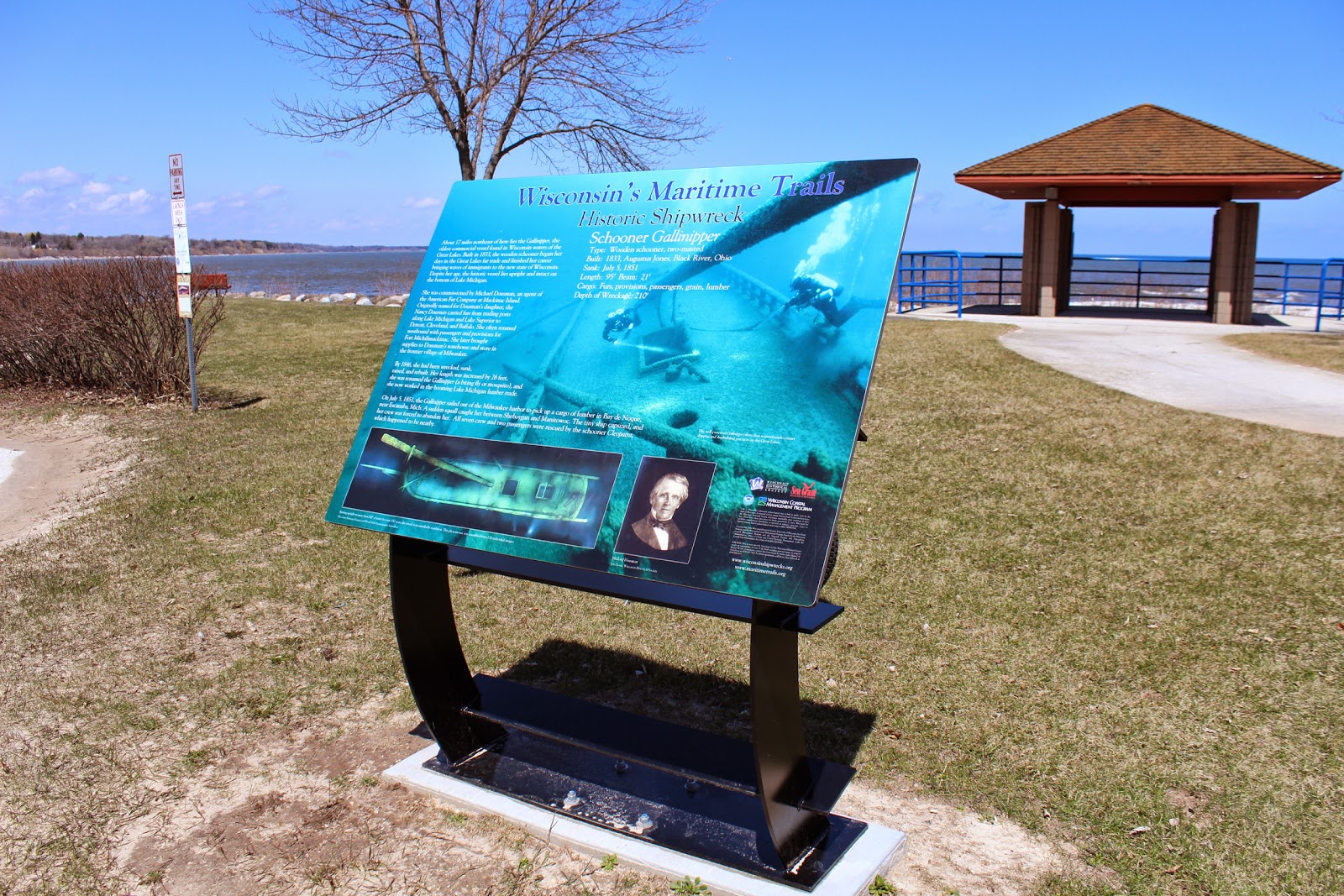