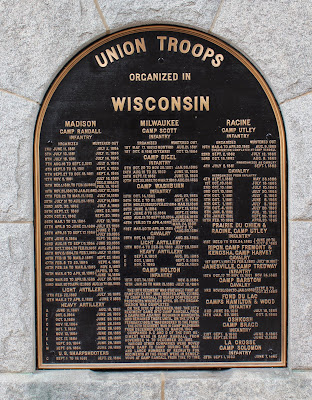 The 19th Regiment was stationed first at Camp Utley, but was ordered, April 20, 1862 to Camp Randall to guard Confederate prisoners, where, on April 30, its organization was completed.
On the 18th of December, 1862, the 25th Regiment came into Camp Randall from a campaign against Indians in Minnesota, and remained there until, on the 17th of February, 1863, it was ordered to the front.
The 30th Regiment was in Camp Washburn from December, 1863, to March, 1864.
Companies B, C and D of the 31st Regiment were in Camp Randall from November 14 to December 20, 1862.
Various other companies were moved from camp to camp during the war and large numbers of recruits from regiments at the front were in rendezvous at Camp Randall from time to time.

The marker is located at Camp Randall Memorial Park, on the inside wall of the Camp Randall Civil War Memorial Arch, and is accessible from southbound North Randall Avenue, at its T-intersection with West Dayton Street, Madison, Wisconsin 53706.

These are also at this location:
Click here for a list of all markers located on the UW-Madison campus. 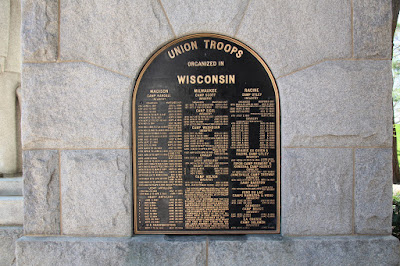 The marker is mounted to the inside of the Arch. 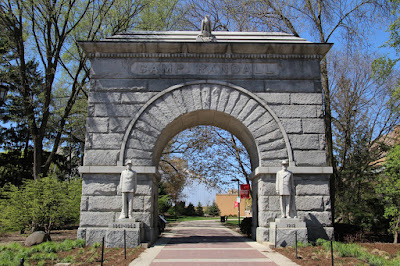