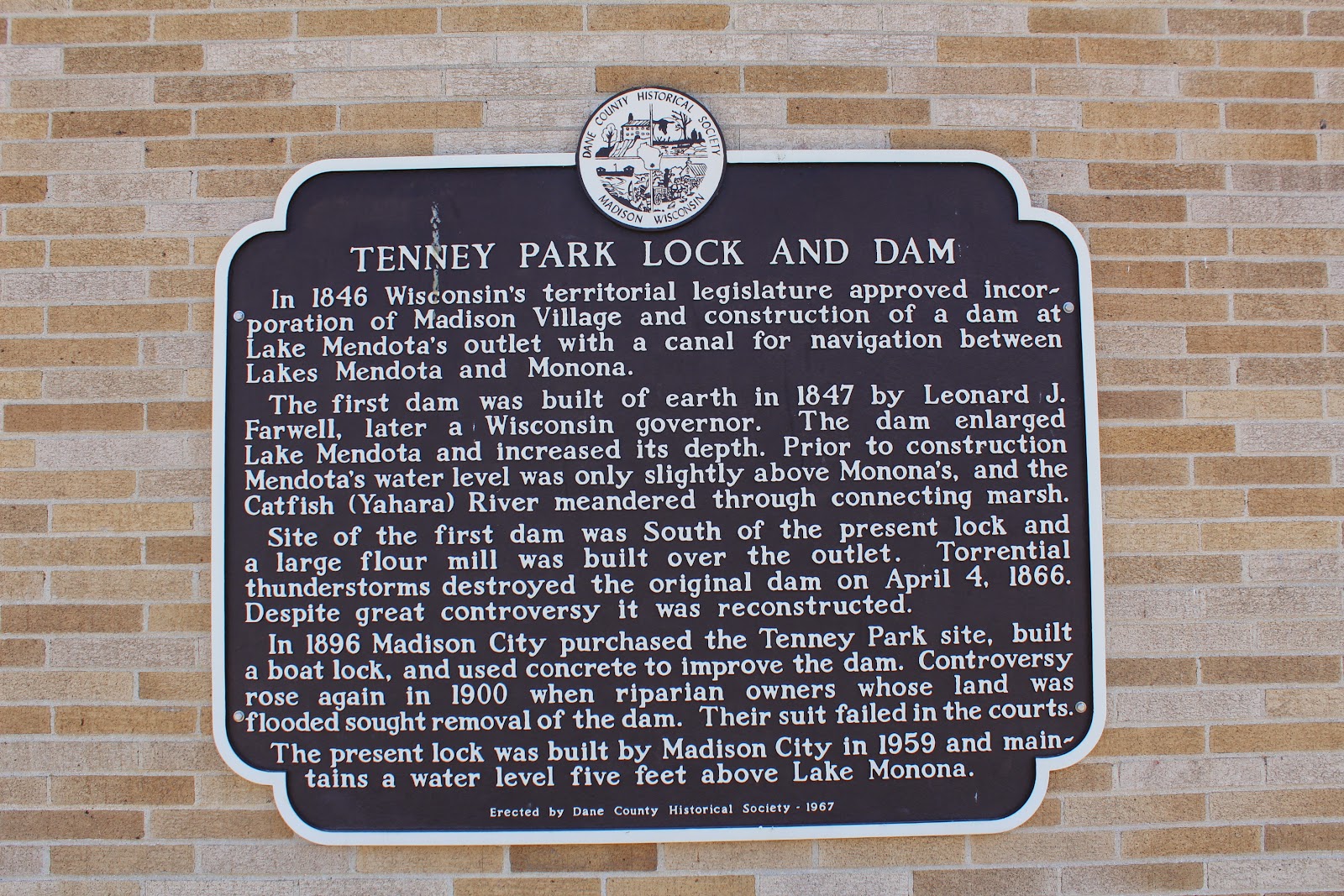 In 1846 Wisconsin's territorial legislature approved incorporation of Madison Village and construction of a dam at Lake Mendota's outlet with a canal for navigation between Lakes Mendota and Monona.

The first dam was built of earth in 1847 by Leonard J. Farwell, later a Wisconsin governor. The dam enlarged Lake Mendota and increased its depth. Prior to construction Mendota's water level was only slightly above Monona's, and the Catfish (Yahara) River meandered through connecting marsh.

Site of the first dam was South of the present lock and a large flour mill was built over the outlet. Torrential thunderstorms destroyed the original dam on April 4, 1866. Despite great controversy it was reconstructed.

In 1896 Madison City purchased Tenney Park site, built a boat lock, and used concrete to improve the dam. Controversy rose again in 1900 when riparian owners whose land was flooded sought removal of the dam. Their suit failed in the courts. The present lock was built by Madison City in 1959 and maintains a water level five feet above Lake Monona.

The marker is located at the Tenney Locks on westbound Sherman Avenue at its intersection with North Thorton Avenue, at 1500 North Sherman Avenue, Madison, Wisconsin 53704.

The marker is No. 10 in the Dane County Historical Society Markers Series. 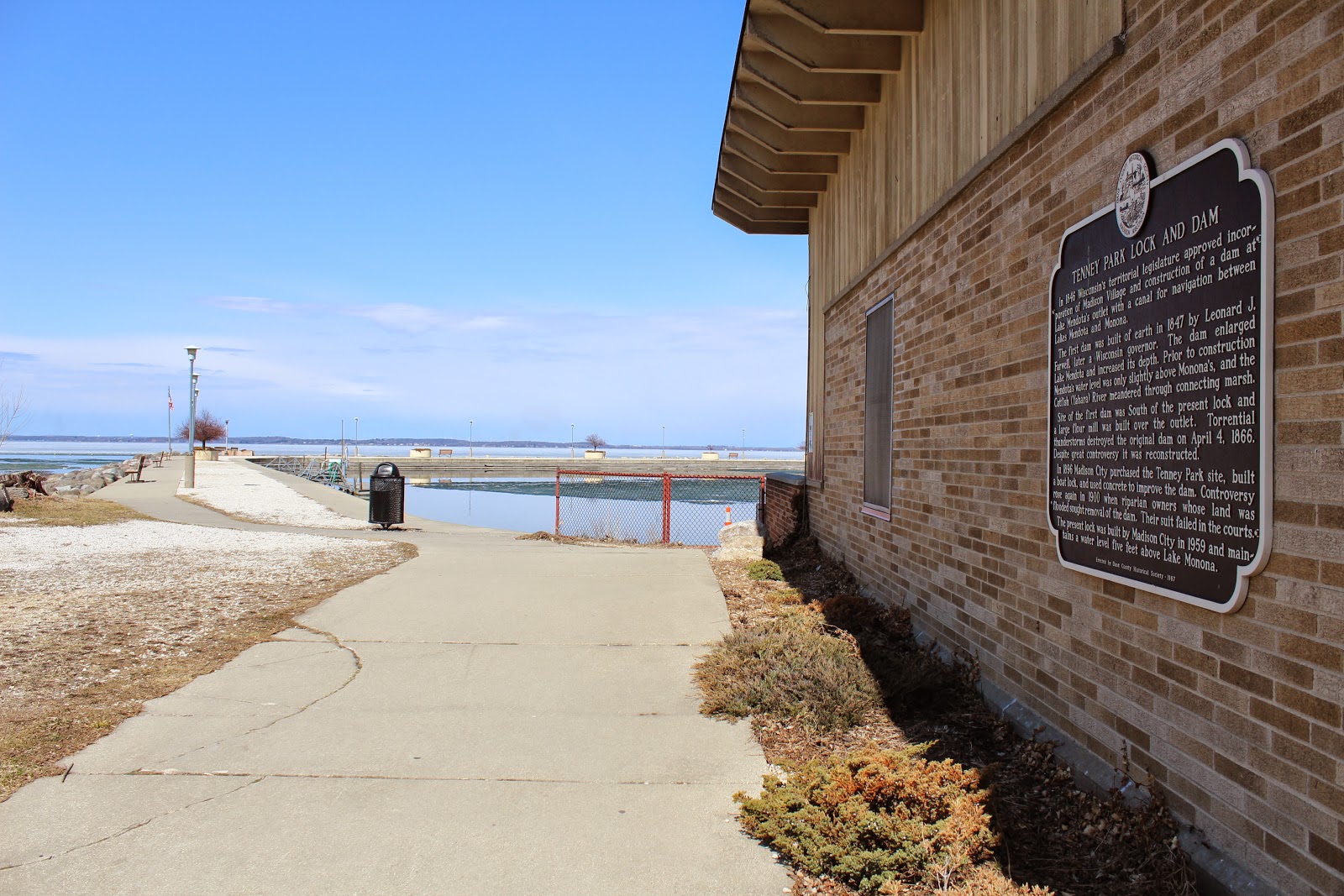 Looking out towards Lake Mendota. 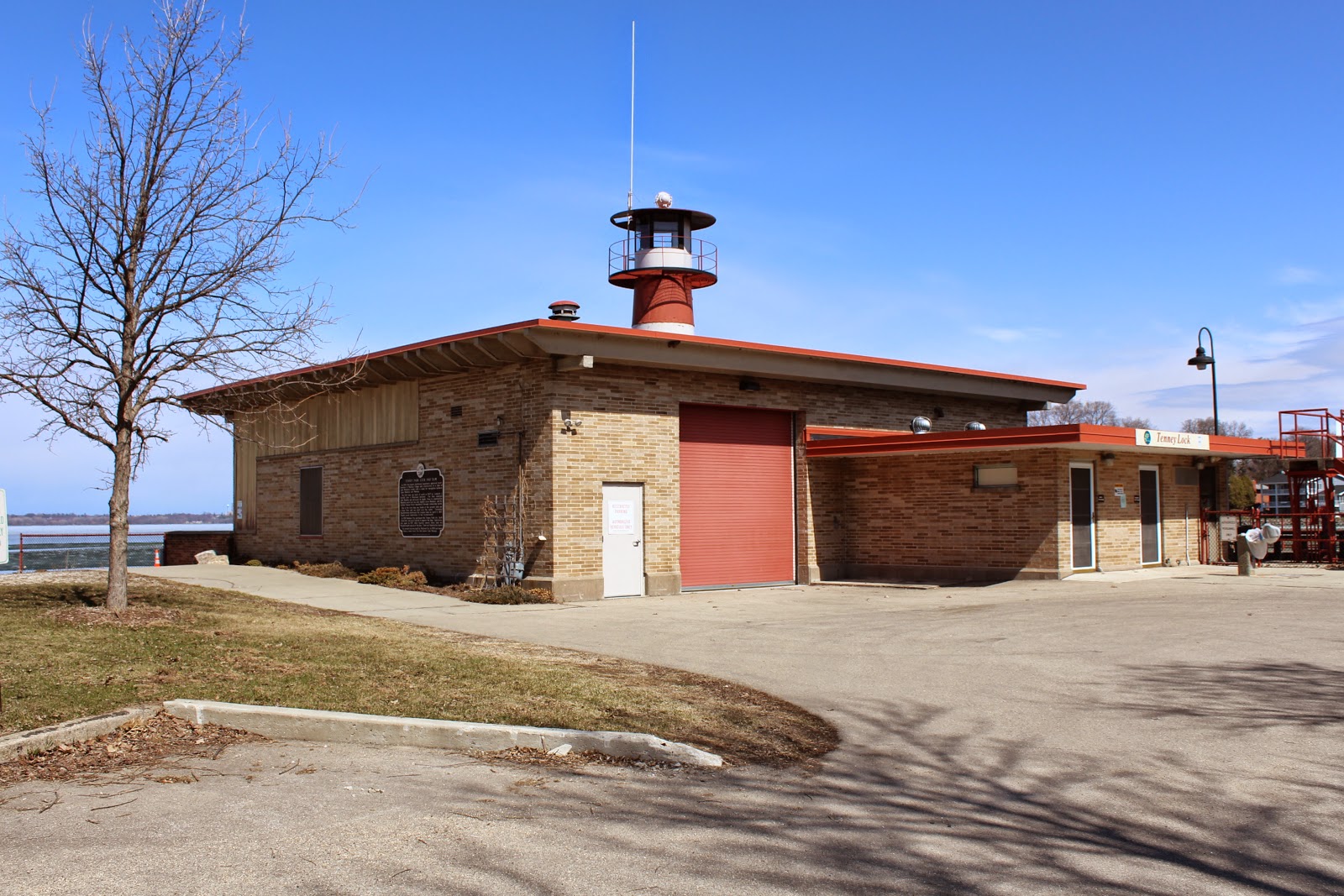 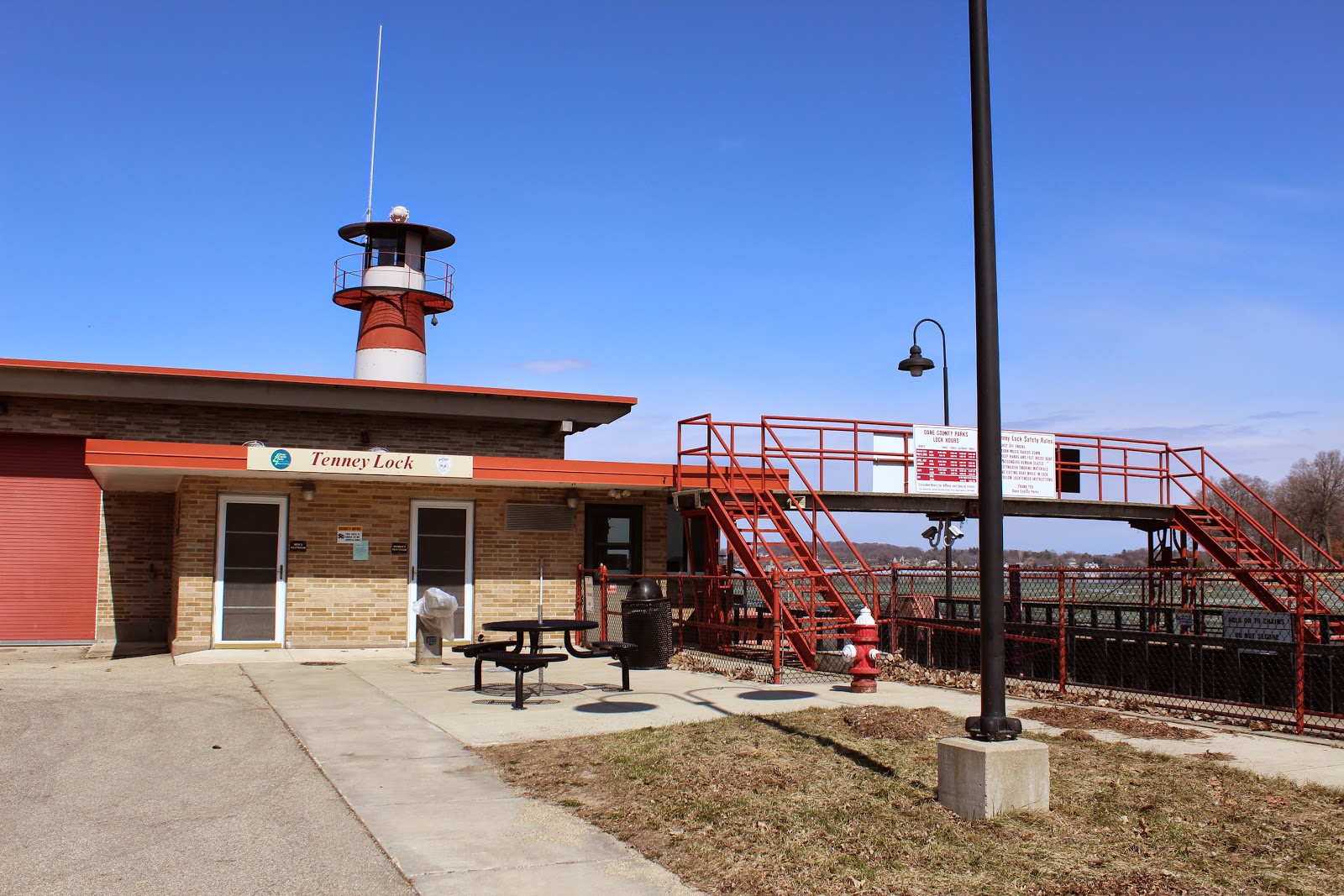 The lock was closed on the day of our visit. 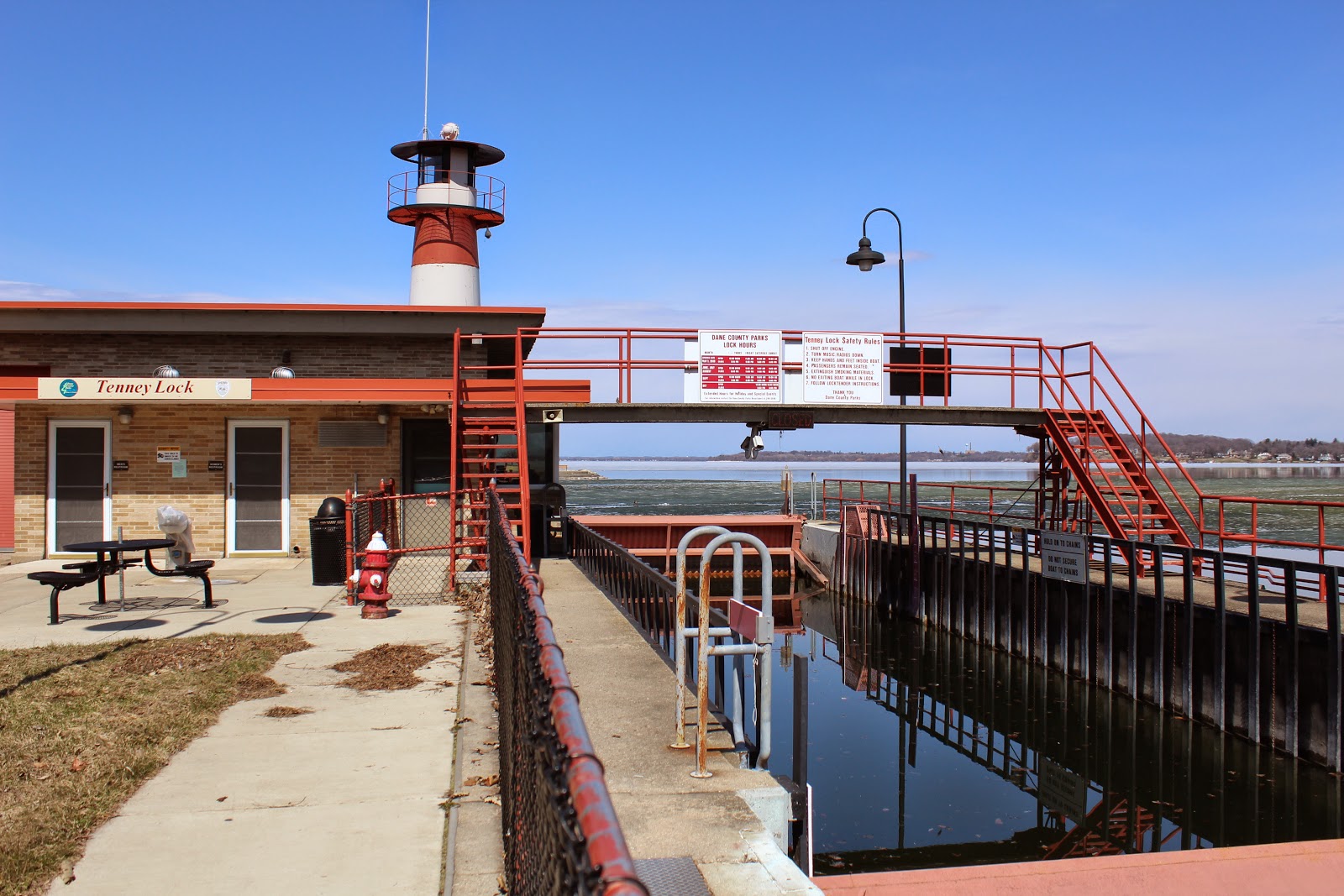 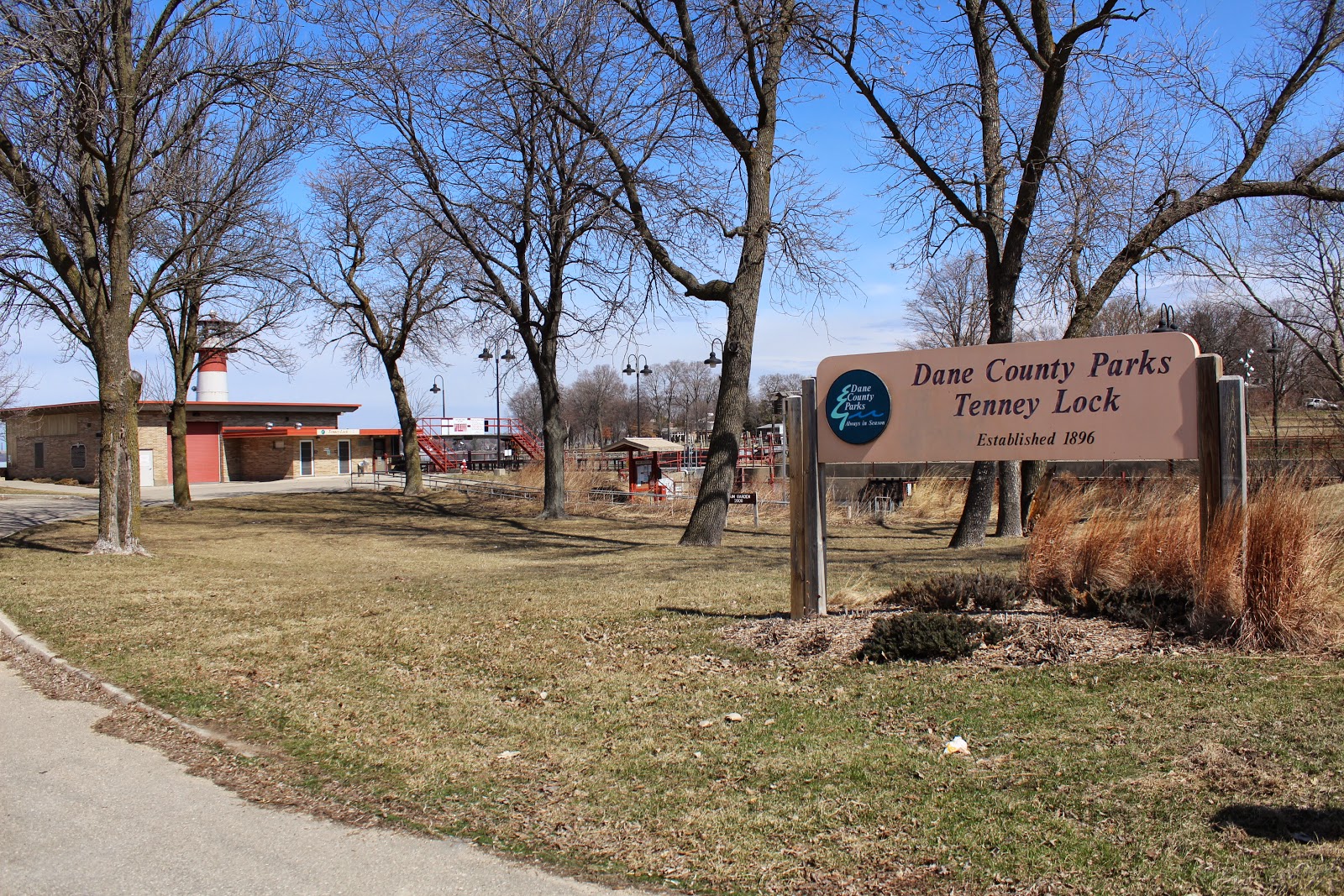 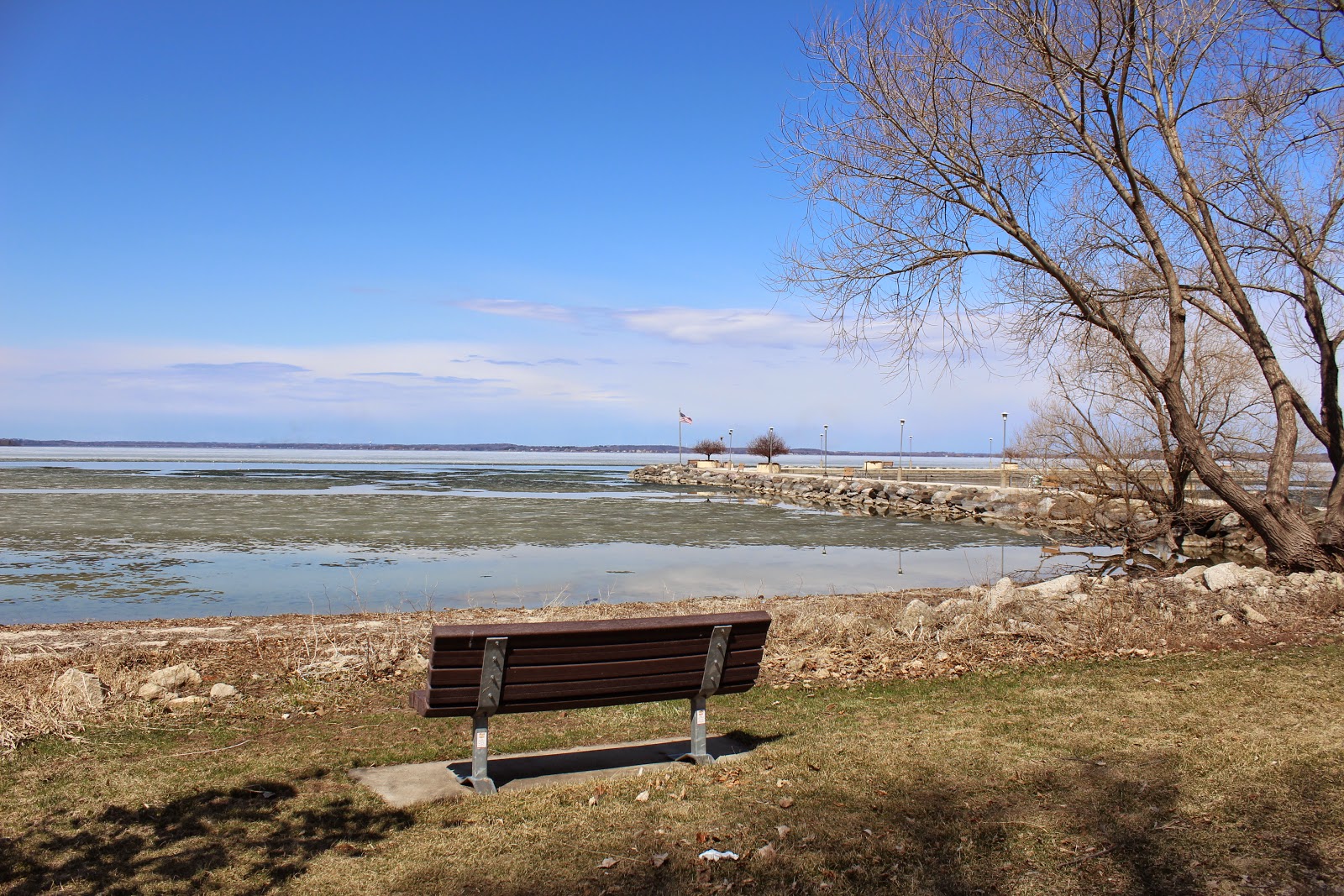 Nearby bench with view of Lake Mendota.