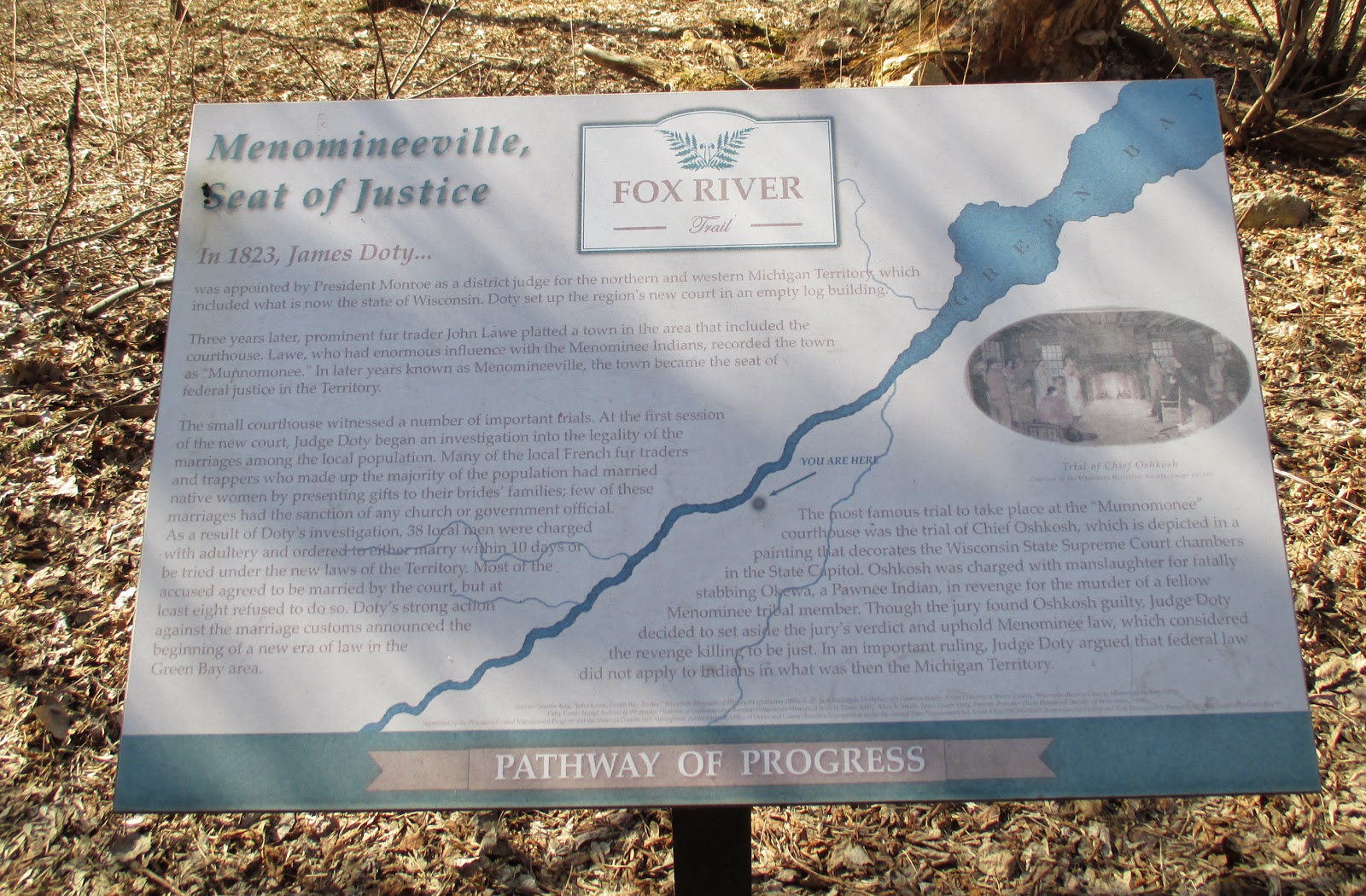 was appointed by President Monroe as a district judge for the northern and western Michigan Territory, which included what is now the state of Wisconsin. Doty set up the region's new court in an empty log building.

Three years later, prominent fur trader John Lawe platted a town in the area that included the courthouse. Lawe, who had enormous influence with the Menominee Indians, recorded the town as "Munnomonee." In later years known as Menomineeville, the town became the seat of federal justice in the Territory.

The small courthouse witnessed a number of important trials. At the first session of the new court, Judge Doty began an investigation into the legality of the marriages among the local population. Many of the local French fur traders and trappers who made up the majority of the population had married native women by presenting gifts to their brides' families; few of these marriages had the sanction of any church or government official. As a result of Doty's investigation, 38 local men were charged with adultery and ordered either to marry within 10 days or be tried under the new laws of the Territory. Most of the accused agreed to be married by the court, but at least eight refused to do so. Doty's strong action against the marriage customs announced the beginning of a new era of law in the Green Bay area.

The most famous trial to take place at the "Munnomonee" courthouse was the trial of Chief Oshkosh, which is depicted in a painting that decorates the Wisconsin State Supreme Court chambers in the State Capitol. Oshkosh was charged with manslaughter for fatally stabbing Okewa, a Pawnee Indian, in revenge for the murder of a fellow Menominee tribal member. Thought the jury found Oshkosh guilty, Judge Doty decided to set aside the jury's verdict and uphold Menominee law, which considered the revenge killing to be just. In an important ruling, Doty argued that federal law did not apply to Indians in what was then the Michigan Territory. 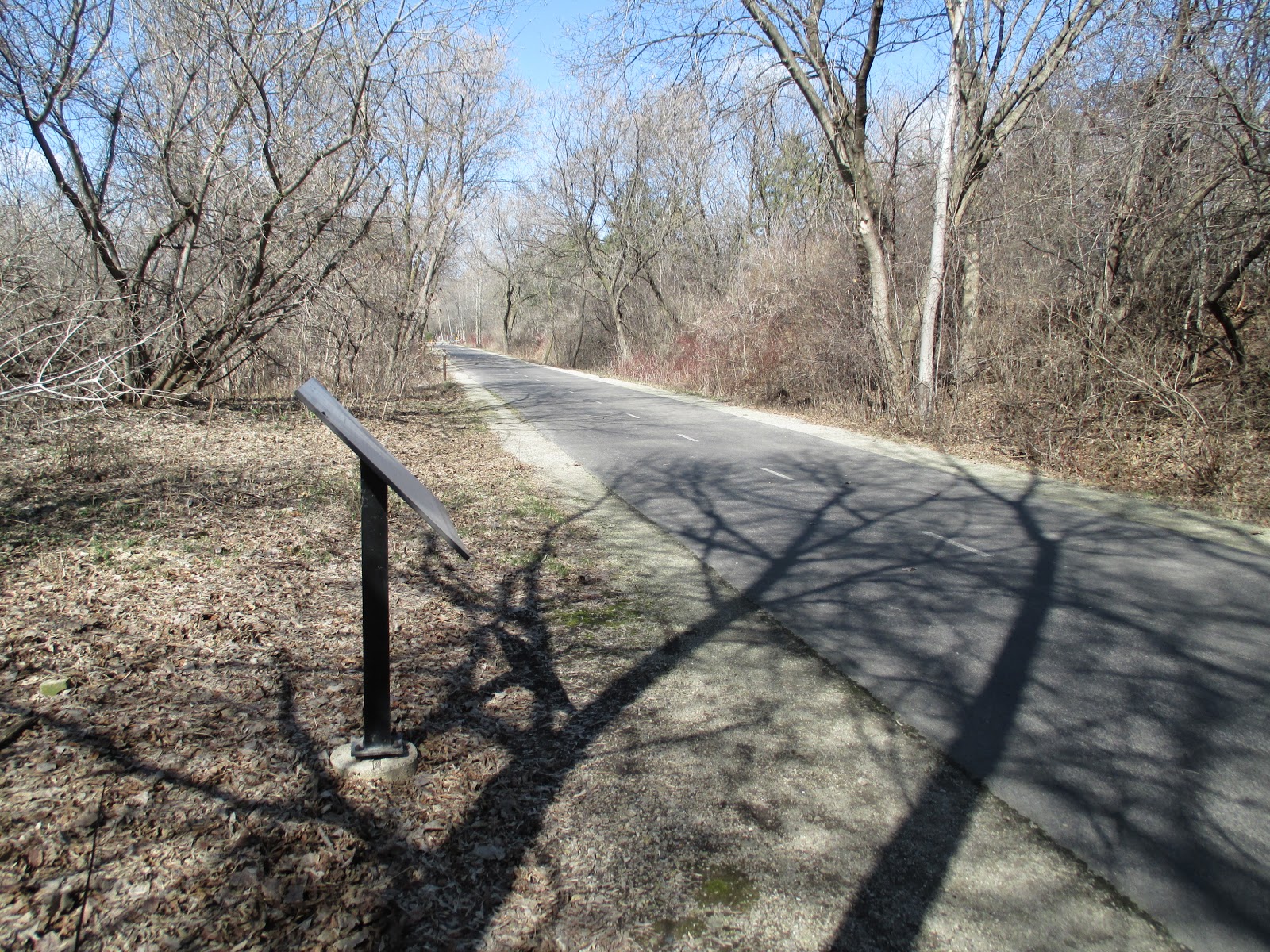 Looking north up the trail from marker location. 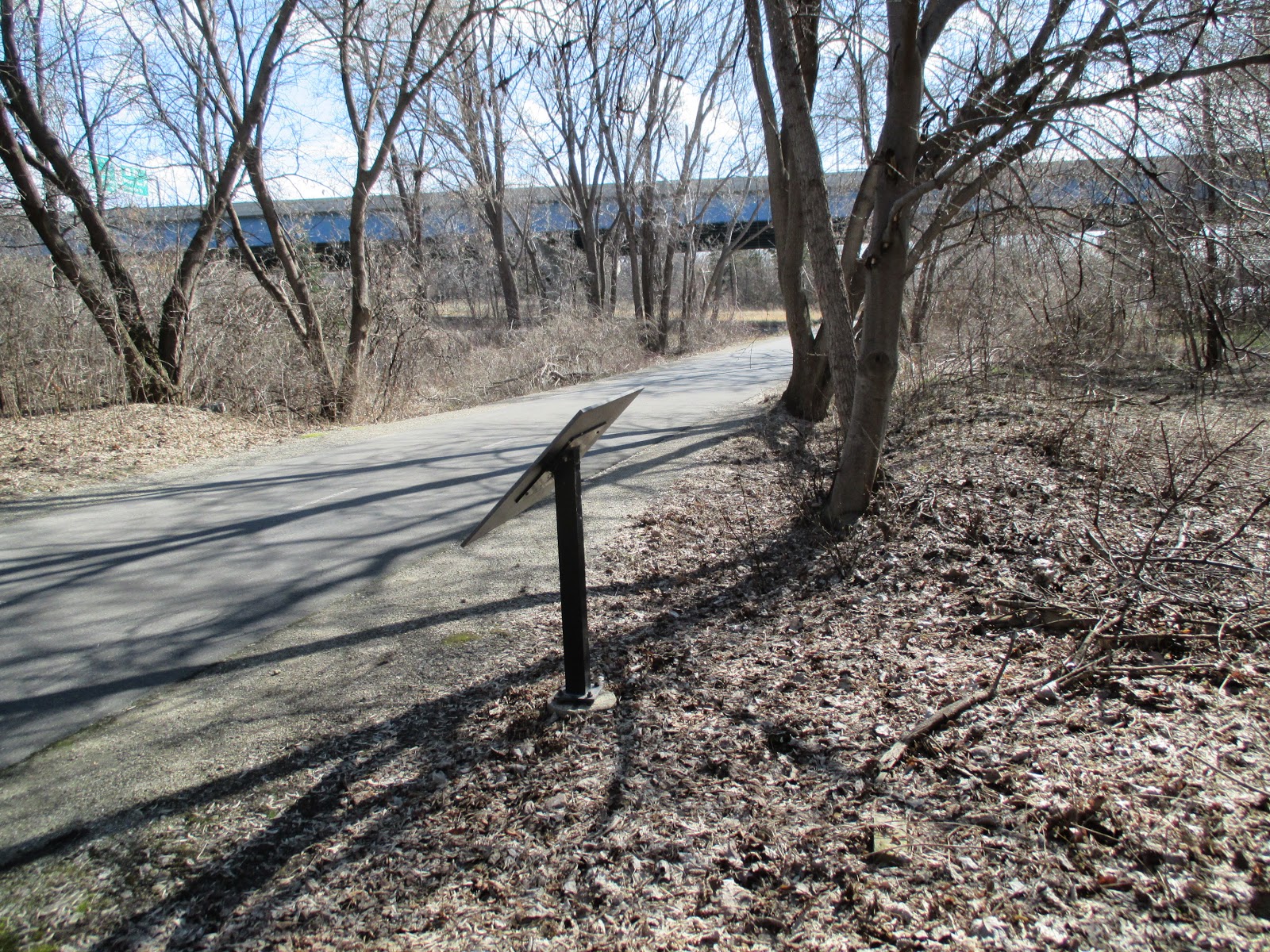 Looking south from marker location (the blue bridge is Highway 187). 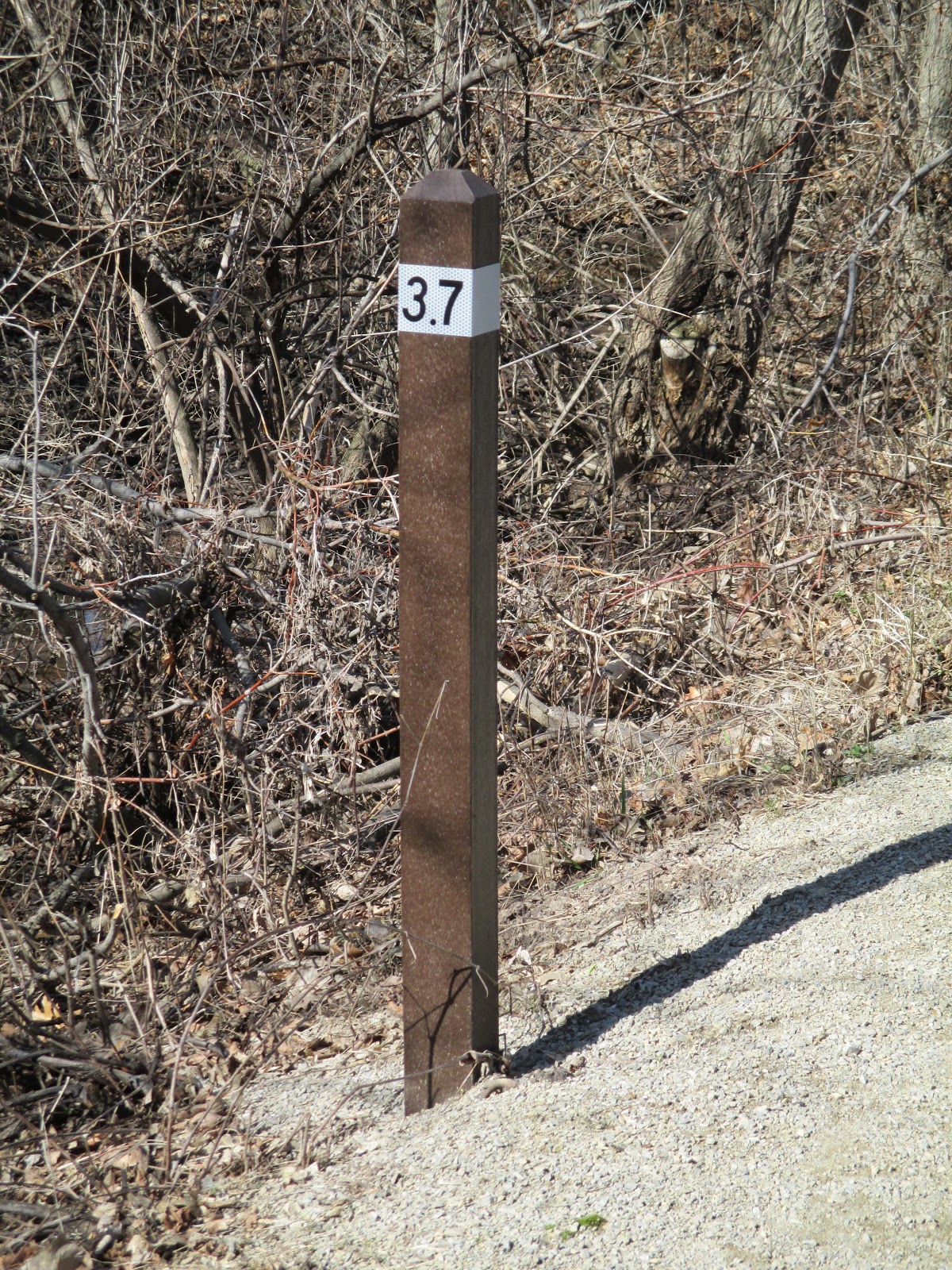 The marker is within a few dozen feet of milepost 3.7. 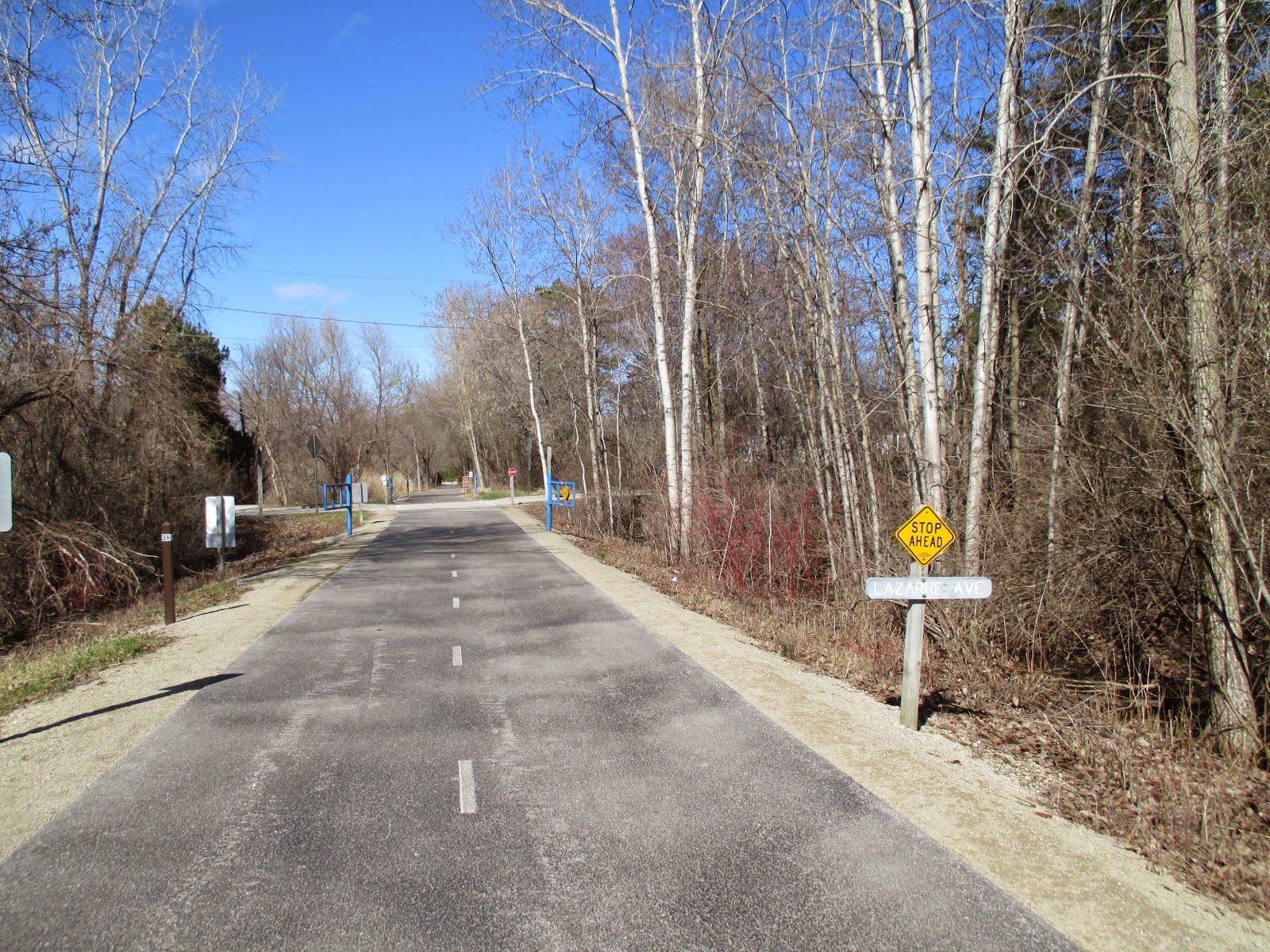 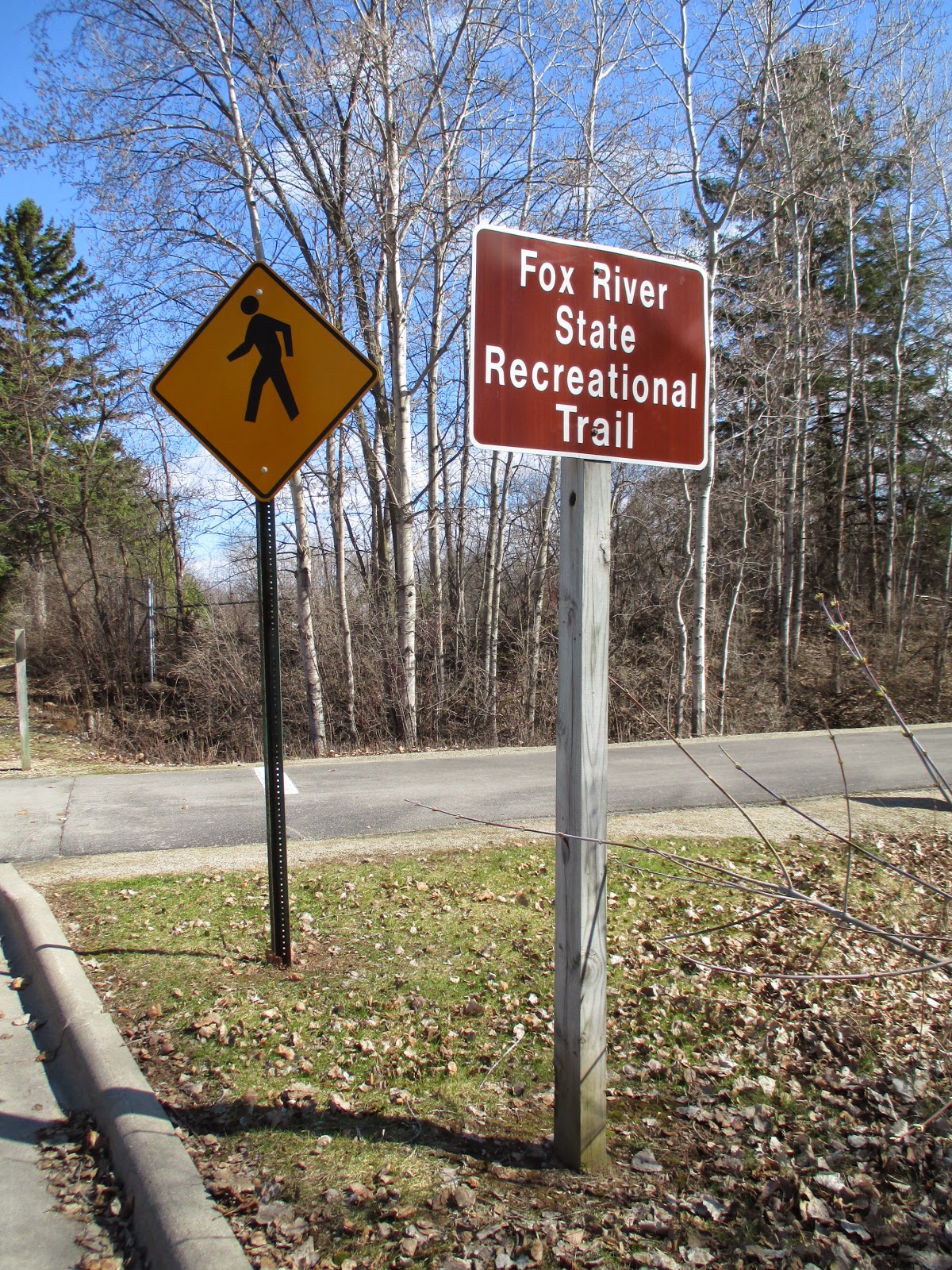 Turn right from these signs to head south on the Fox River Trail.