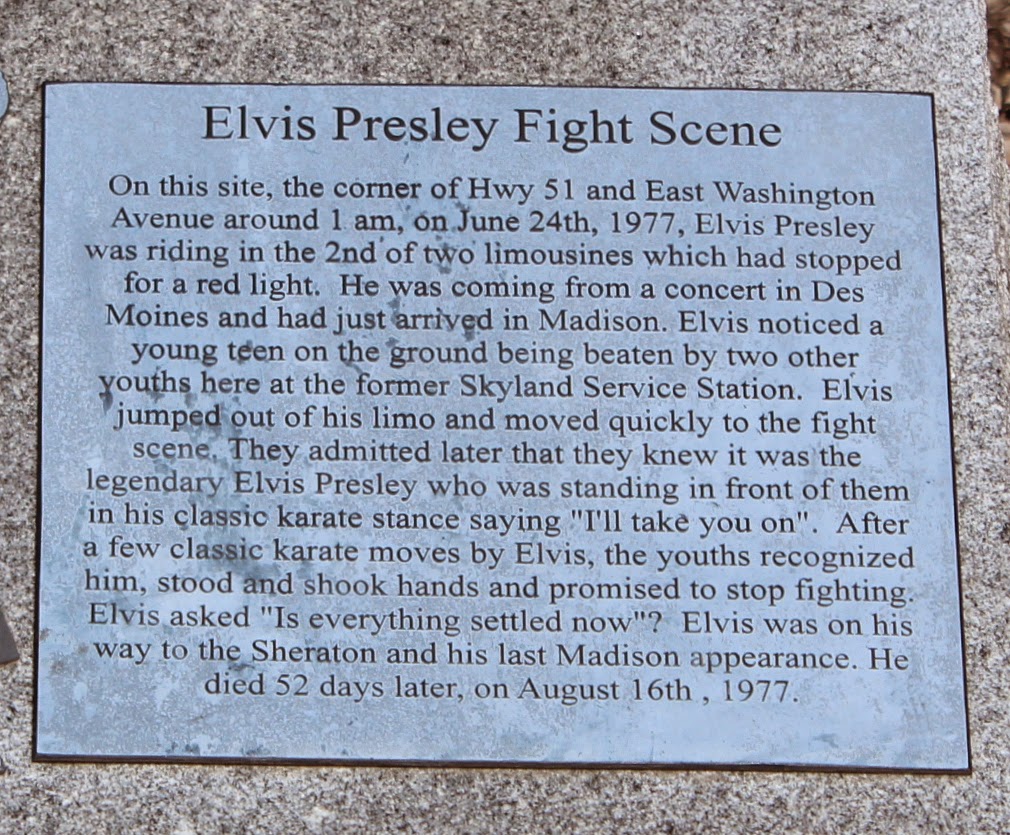 On this site, the corner of Hwy 51 and East Washington Avenue around 1 am, on June 24th, 1977, Elvis Presley was riding in the 2nd of two limousines which had stopped for a red light. He was coming from a concert in Des Moines and had just arrived in Madison. Elvis noticed a young teen on the ground being beaten by two other youths here at the former Skyland Service Station. Elvis jumped out of his limo and moved quickly to the fight scene. They admitted later that they knew it was the legendary Elvis Presley who was standing in front of them in his classic karate stance saying "I'll take you on". After a few classic karate moves by Elvis, the youths recognized him, stood and shook hands, and promised to stop fighting. Elvis asked "Is everything settled now"? Elvis was on his way to the Sheraton and his last Madison appearance. He died 52 days later, on August 16th, 1977.

NOTE: This is a very busy intersection! There is easy access to the marker and plenty of parking at a vacant building to the left of the marker. 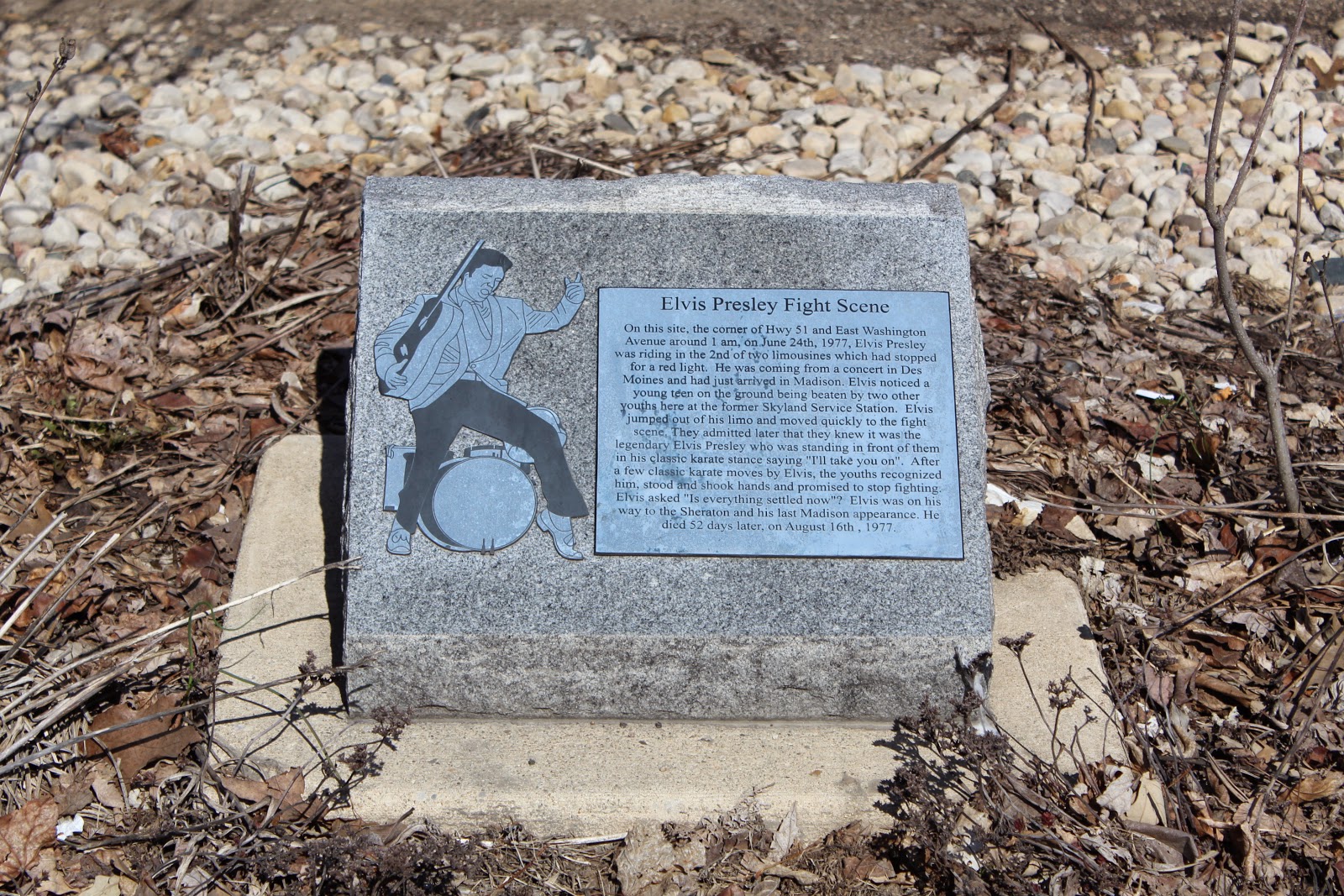 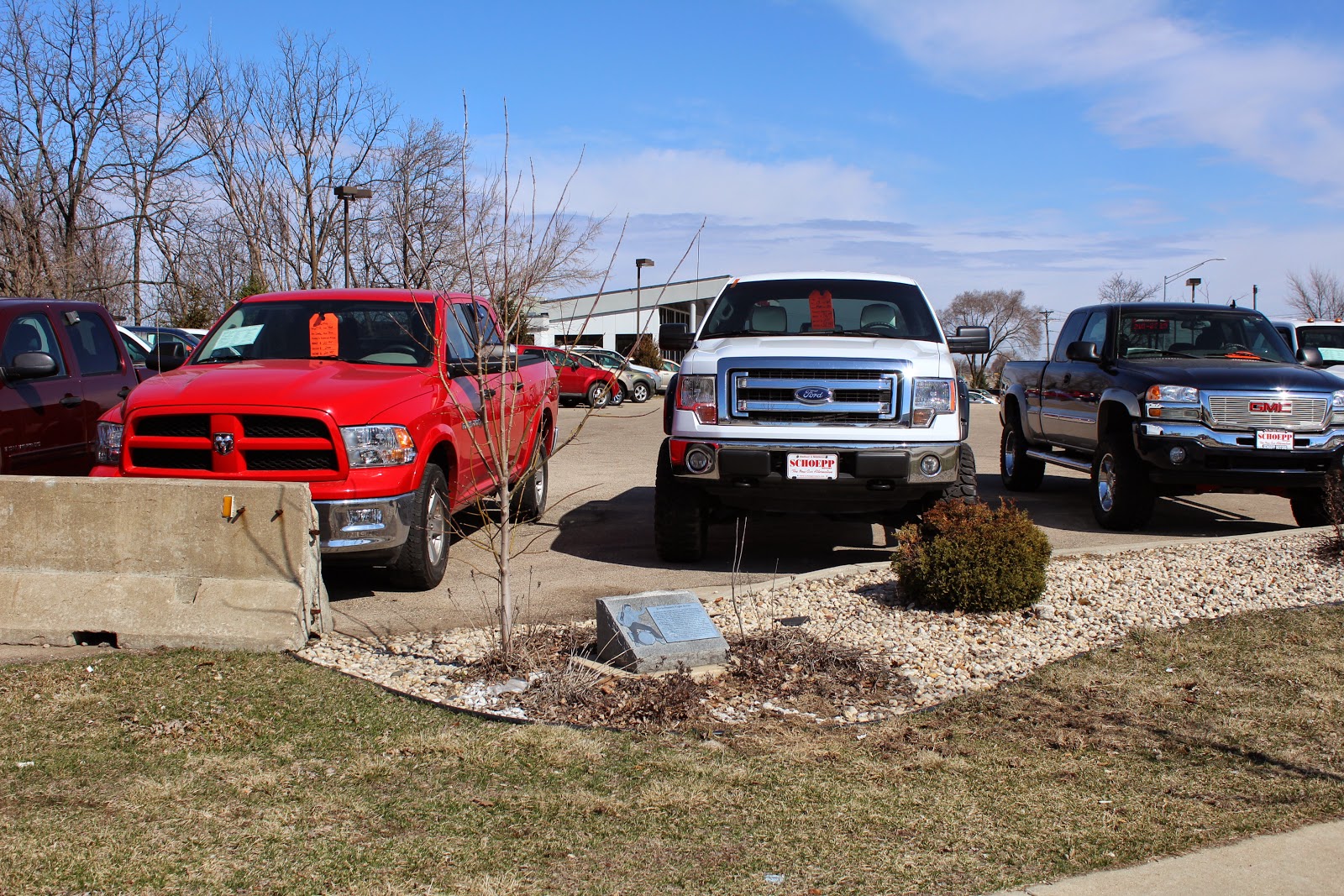 The very small marker is visible in the center of the photo,
in front of the trucks. 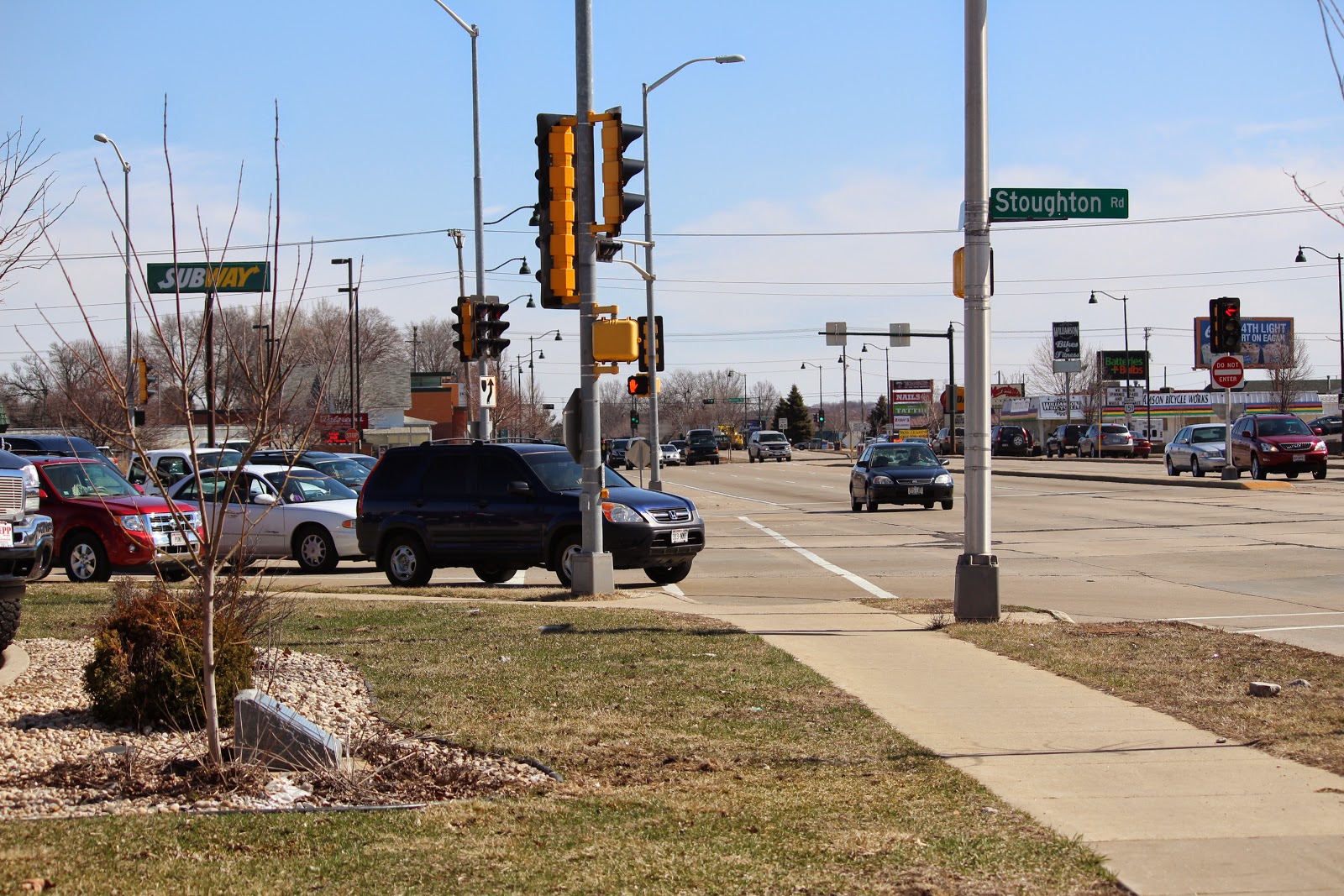 Super easy to miss this marker, visible to the left, next to the shrub. 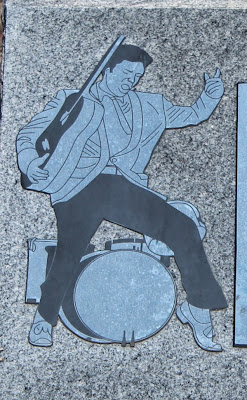 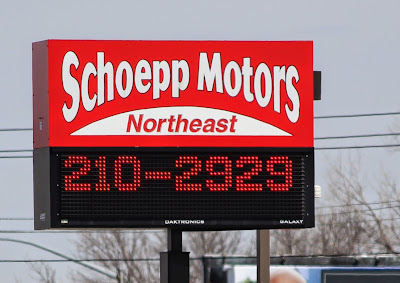 The marker is on the property of Schoepp Motors in Madison, Wisconsin.

Well, one of his nicknames was "Crazy" -- apparently, he had quite a list of nicknames: https://theelvispresleyexpert.wordpress.com/tag/elvis-nicknames/