A Day in Dodge and Dane Counties


It's difficult to believe with today's torrential rains and severe thunderstorm warnings, and Monday's threat of more snow!!!! -- that just yesterday (April 11, 2014) we were blessed with nearly perfect spring weather for our day trip to Dodge and Dane Counties. My friend, Mary, accompanied me on this adventure, which served not only as an opportunity for me to pick up a few markers, but also for Mary to join her daughter, Sarabeth, a student at UW-Madison, for her 20th birthday celebration.

Our first stop was Beaver Dam where we visited a Victorian pavilion built over an ancient spring long used by the Winnebago and Potawatomi Indian tribes. On our way back home, we discovered the Beaver Dam Veterans Memorial just east of northbound U.S. Route 151, at Exit 132.

In Madison, we visited sacred bear and lynx effigy mounds overlooking Lake Monona, were awed by the beauty of Lake Mendota at Tenney Lock, were moved by the heroic sacrifice of Lt. Gerald Stull USAF, and humbled by a series of Civil War memorials at Camp Randall.

One marker, involving a little incident with Elvis Presley . . . well, I'm saving that for next week's marker of the week. Wonder how many people will be surprised by what that marker commemorates? 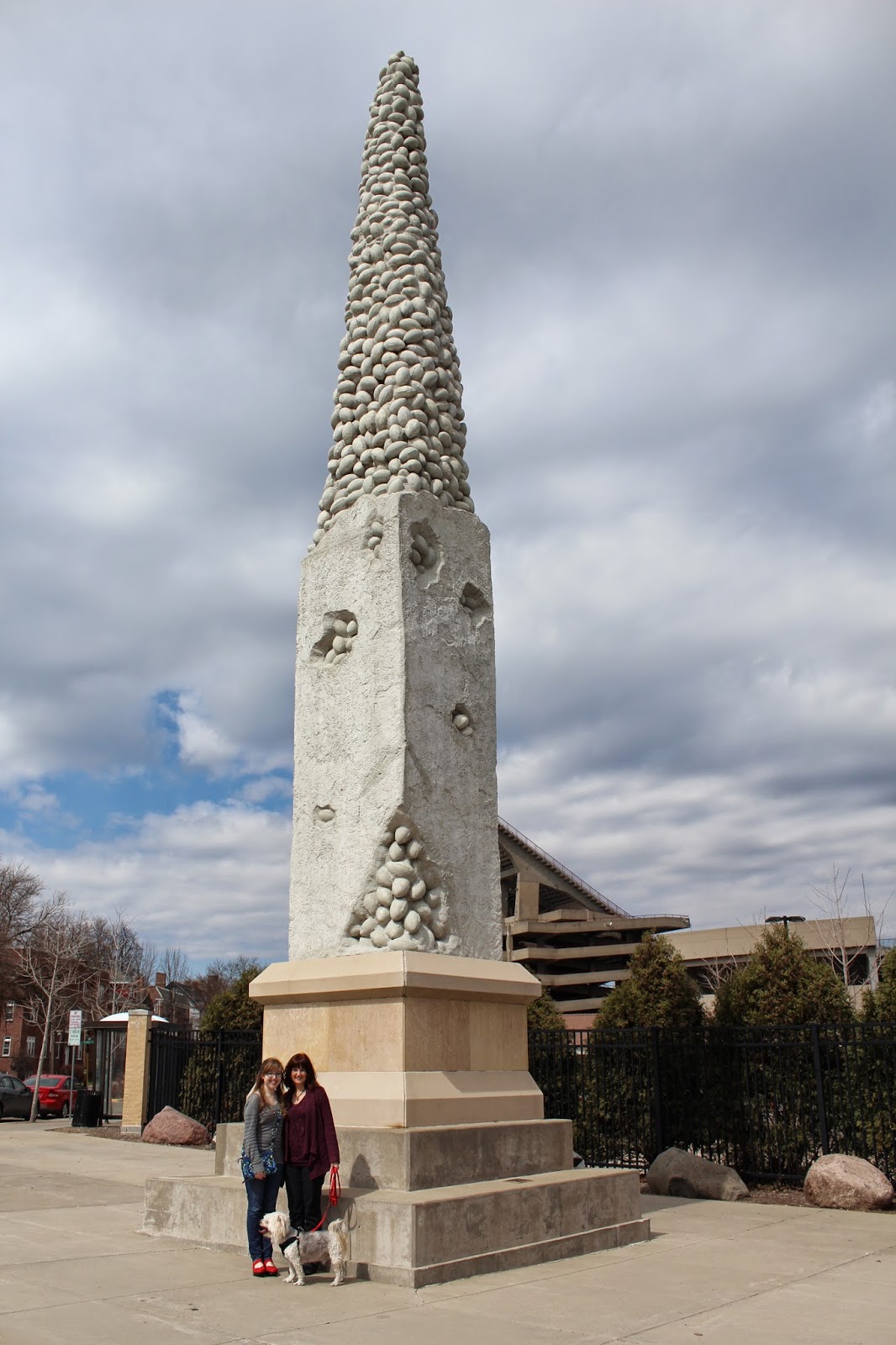 We had quite a few laughs at this particular monument "erected" at Camp Randall Stadium, and have "affectionately" dubbed the monolith "The Football Fallace" (that's a pile of little footballs making that upward stretch towards the sky).

For me, victory! I was finally able to photograph the elusive Marker 37: State Historical Society (the organization that erected all the badger markers I've been chasing after); it was my third attempt!

I also finally got the chance to visit the Babcock Hall Dairy Store and try their renowned ice cream. To my surprise and delight, we found an historical marker inside the store! Creamy, delicious Chocolate Peanut Butter ice cream (two monstrous scoops for $1.75!!!) on a sugar cone, an historical marker, and wonderful company -- life doesn't get any better than that!

In total, 28 new markers have been added to the website. You'll find them all here:

To Honor Our Fathers / Grand Army of the Republic